Menu
Pripyat is a “dead” city that strikes with its emptiness and abandonment. The tragedy on April 26, 1986 turned Pripyat from the city of the future into a ghost town, a shadow city. For 30 years Pripyat has remained a shadow of the echoes of the past, until recently. Pripyat lovers create whole amazing and unique creative projects to revive Pripyat to life. In October 2016, Yuri Tomashevsky from Moscow for the first time in 30 years, lit the sign of the house of culture “Energetik”. According to Yuri, a few years ago he became a fan of the series of games “S.T.A.L.K.E.R” and got carried away by the studies of Pripyat so much that he began to make regular field trips to the Zone and even decided to revive the dead city. Using diodes, which connected to the battery, he restored the illumination of the well-known house of culture “Energetik” from scratch. 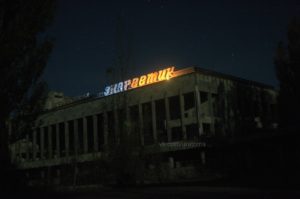 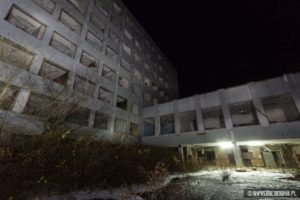 With the help of a generator, they filled abandoned a long time and devastated streets with lights, turned on the lights in schools, apartments and even some of the remaining lighting on the roofs of buildings. After Chernobyl stay in Kyiv try to explore abandoned places with guide who knows everything about historical objects! 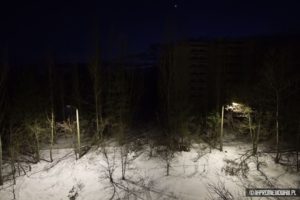 The goal of stalkers was to prove that the old Soviet technique is able to work in any conditions, even after 30 years. 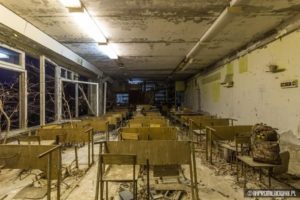 In September of the same year, Polish tourists, as they said, launched a Ferris wheel without electricity. Recording the process on video, they returned the wheel to its previous state.

In April 2018, the dead Pripyat came to life for one night. Alexander Sirota – organizer of the action “Chernobyl-32. Light your candle” 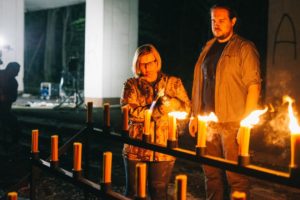 . Exactly 32 candles at 1.23 a.m. were lit on the central street in memory of the victims of the accident: the liquidators, people whose lives were broken by evacuation. 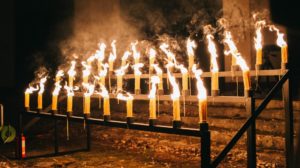 Also, 500 electric light bulbs were placed in the houses in the district, which reminded us that life had long been raging in every dead window. 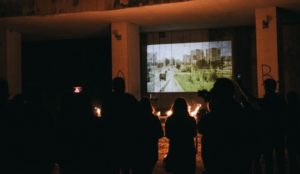 Pripyat became empty long ago, there are only shadows. Shadow people are one of the creative projects of graffiti artists from Poland and Germany, by which they tried to breathe life into a long-ago deserted city.

The drawings they left on the walls of the houses seem to remind us how much pain those who survived all this horror experienced. 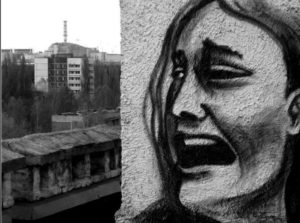 The graffitters tried to show that if it were not for human negligence, then on the spot of these shadows impregnated with suffering, there could be living people. 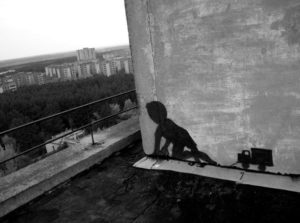 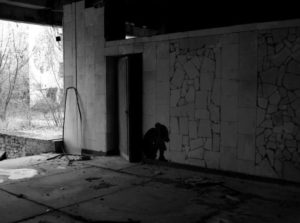 All of these creative projects should remind us, the current generation, that we must remember the mistakes of the past and based on the experience, build a new, bright future, in which there is no place for crushing accidents, death, pain and broken lives.
Kyiv Underground Tour
Explore Ancient Tunnels Labyrinth Under City Center
More Info
Kyiv Urbex Tour
Unforgettable Adventure in Tunnels and Abandoned Cold War Bunker
Check Prices
Missile Base Tour
The Only One Place in the Earth where you can push Nuclear Attack Button
Get More Info
Urbex Photo Tour
Lightpainting Photography Workshop in 3 Amazing Locations
Book Now
Urbex Stag Party
Here’s everything you need to make the big bash a success!
Book Now
Previous
Next