Menu
The Anoter.Kiev expedition returned from western Poland, where we explored the largest underground defensive system in the world. The system was built by highly qualified German engineers in the absolute secrecy conditions. The earthworm camp – is an underground fortress of the Nazis, has a total length of tunnels more than 30 kilometers. The underground railway unites 17 freight stations of narrowgauge railway and several dozen of pillboxes (combined defence units with machine-gun and mortal positions). The earthworm camp “Regenwurmlager” – is the base of the Mezeritsk fortified area, which was built for the defence of Berlin. Germans called the fortified area “Oder-Warte Bogen” (“Warta-Oder Zone”). In Soviet documents and literature in the 1930s and 1940s it was called “The Oder quadrangle”. 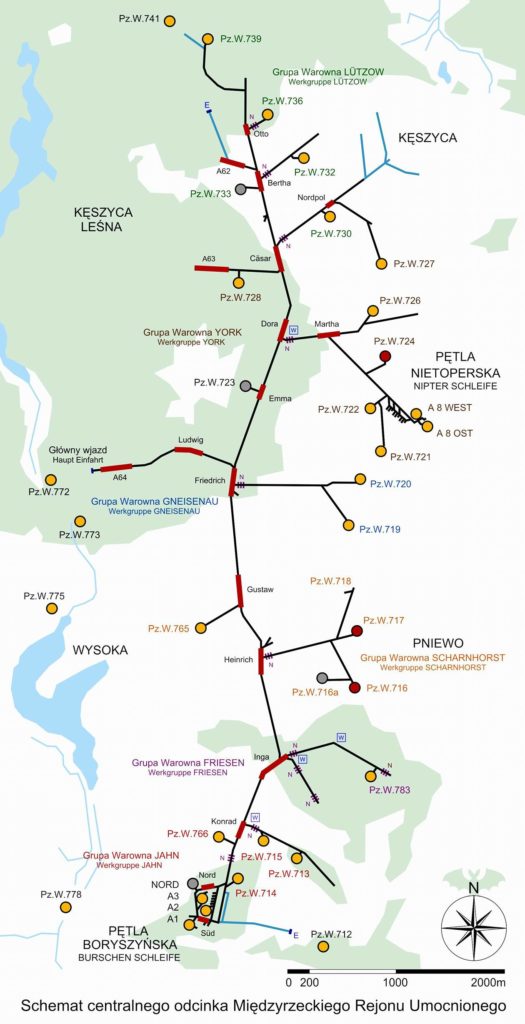 All entrances to the system of tunnels, which connect bunkers, are securely closed. We had to use a ventilation shaft to go down. Safe and exciting Bunker WW2 Tour in Kyiv! 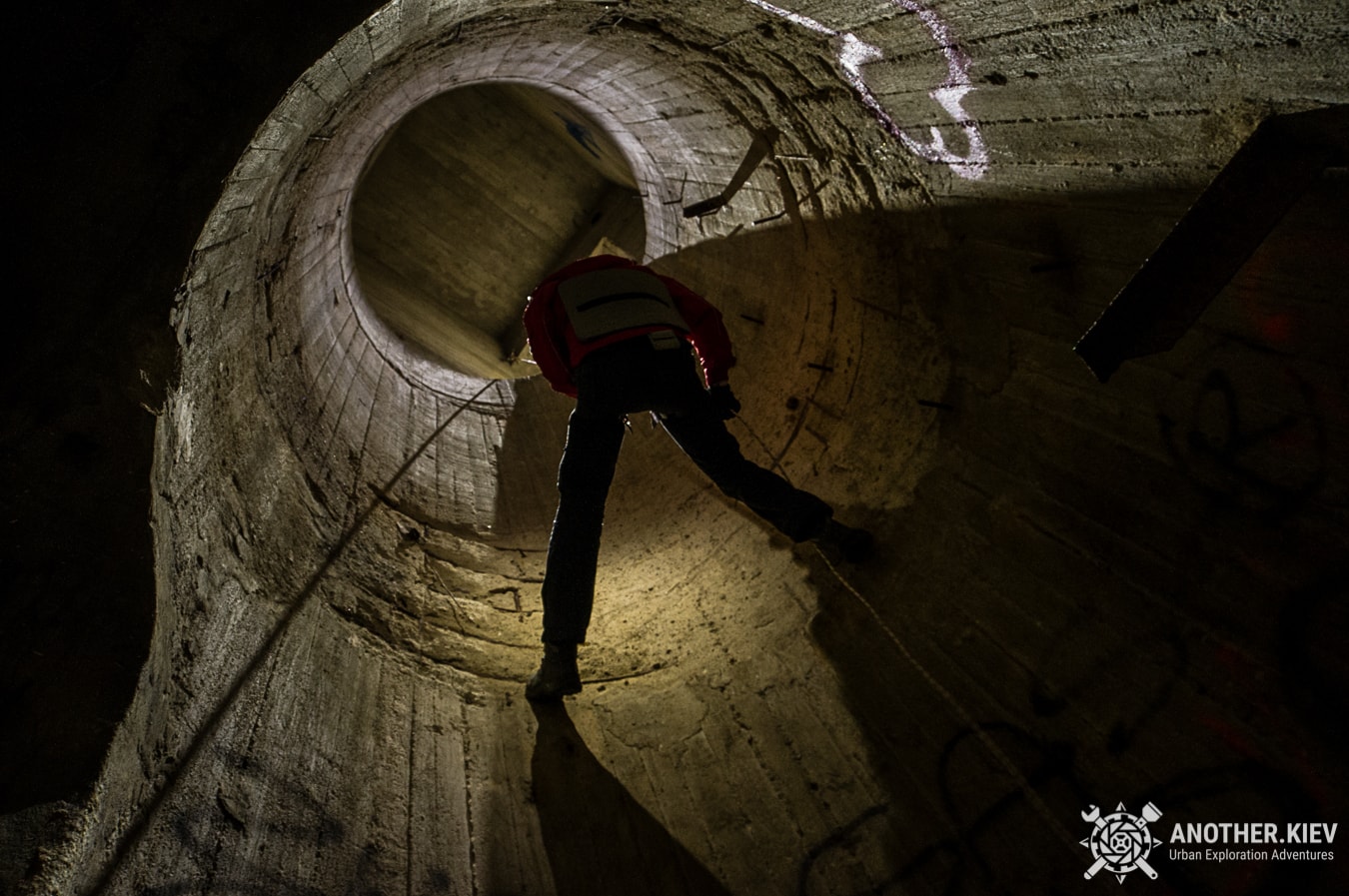 You can officially get to the underground part of the Mezeritsk fortified area only in two places, which are museums. The remaining entrances are securely closed by grilles. 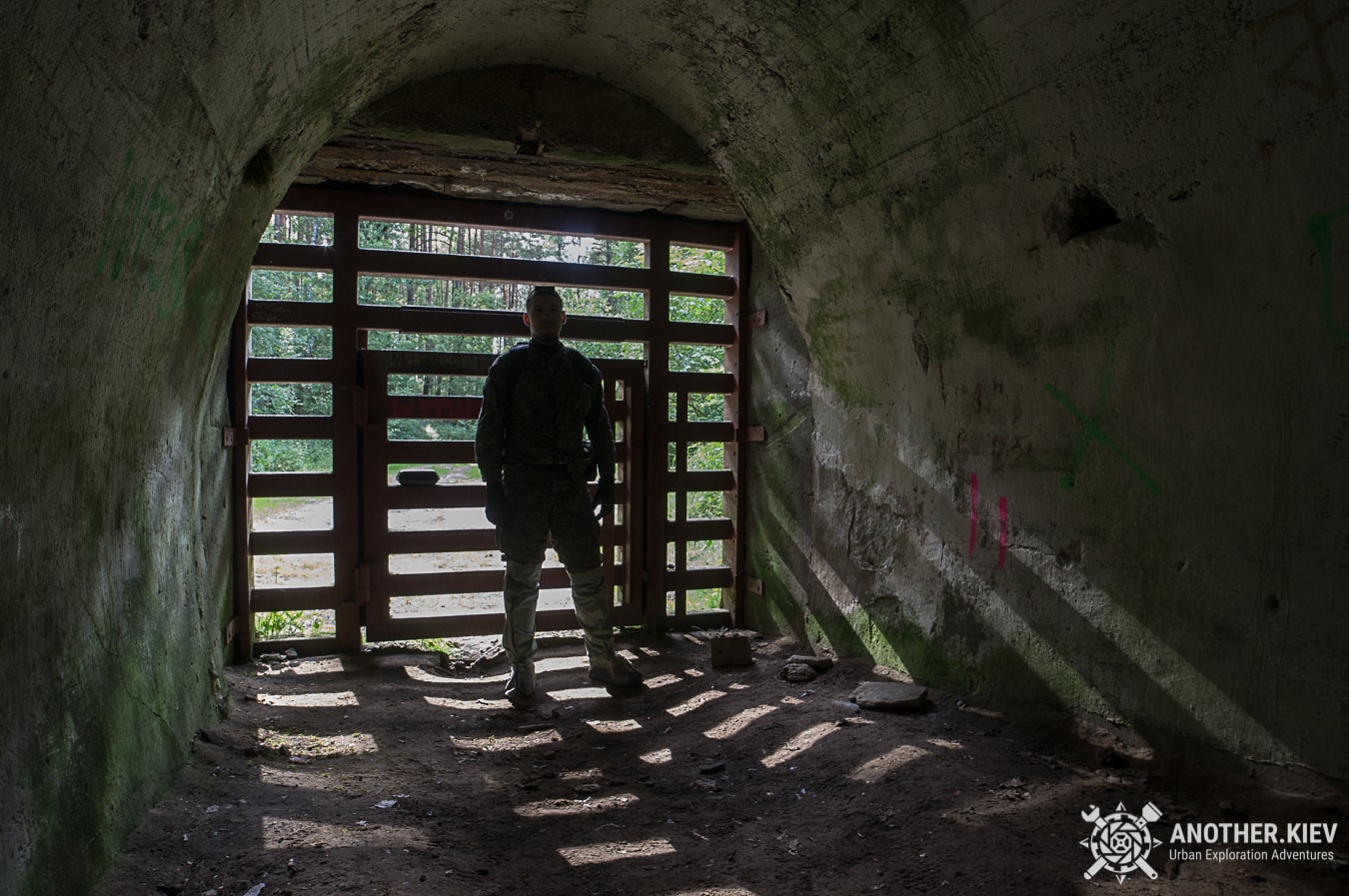 The tunnel of the main exit A64 is the only tunnel, which ends with a horizontal exit to the surface. 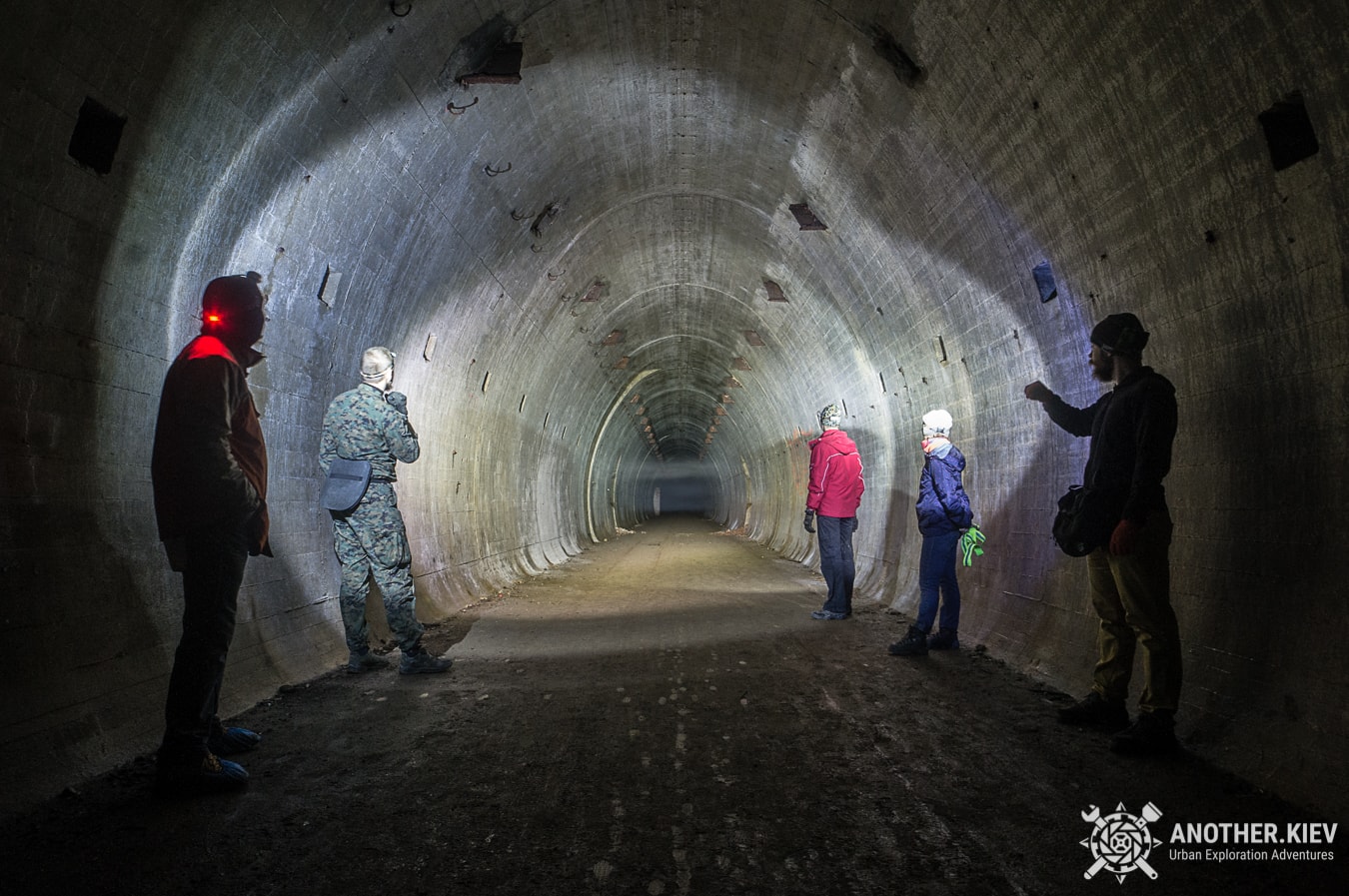 Throughout the system, tha tracks of a narrowgauge railway  were laid, which connected the groups of pillboxes (pillbox – is a long-term emplacement, also called a panzerwerk). 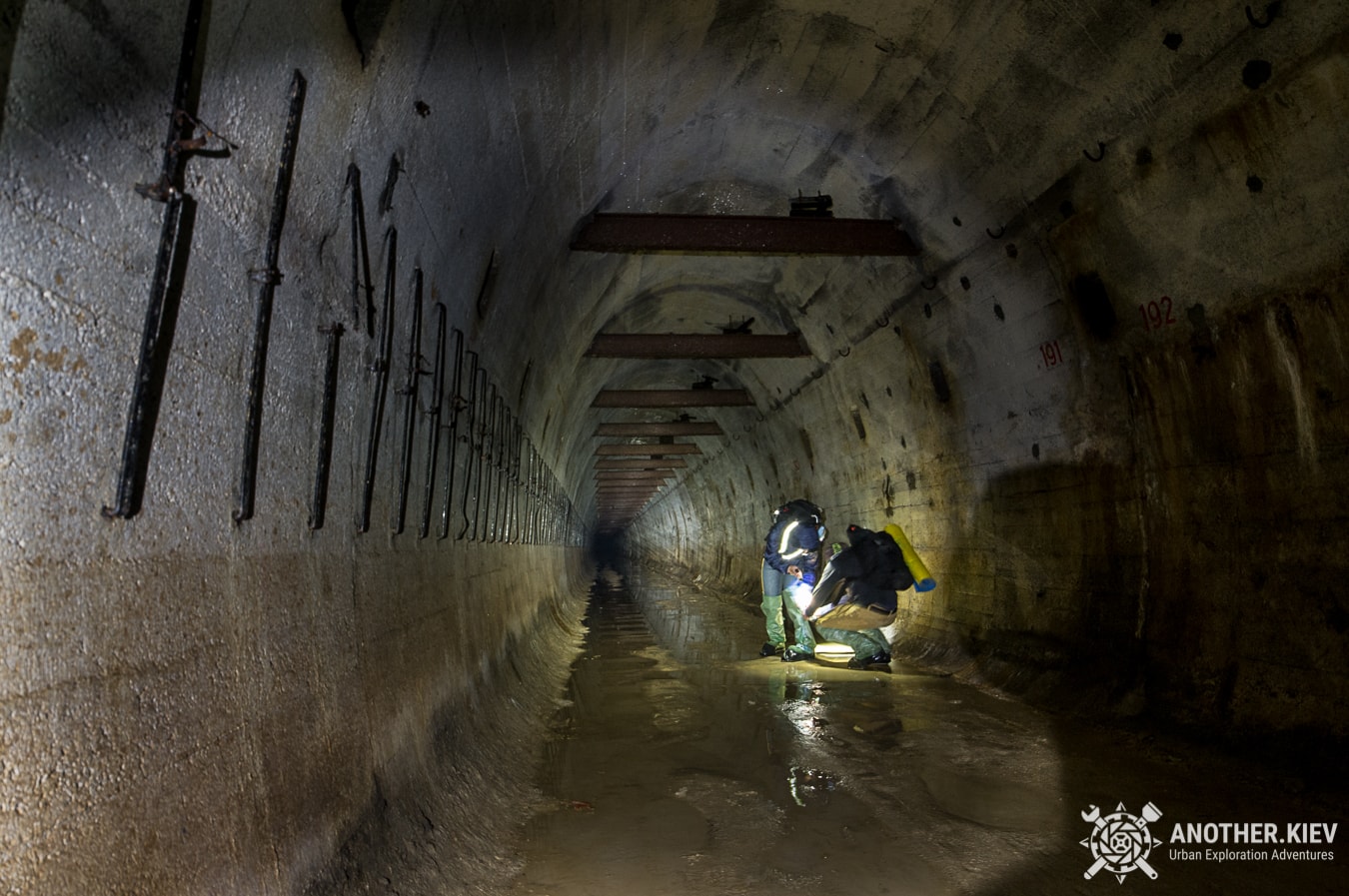 Many parts of the system are flooded, but despite the high humidity, the cabels in many places look like new ones.

Crossroads at the Friedrich station. The tunnel A64 goes left and ends with a horizontal exit; and a stage to the Emma station goes right. 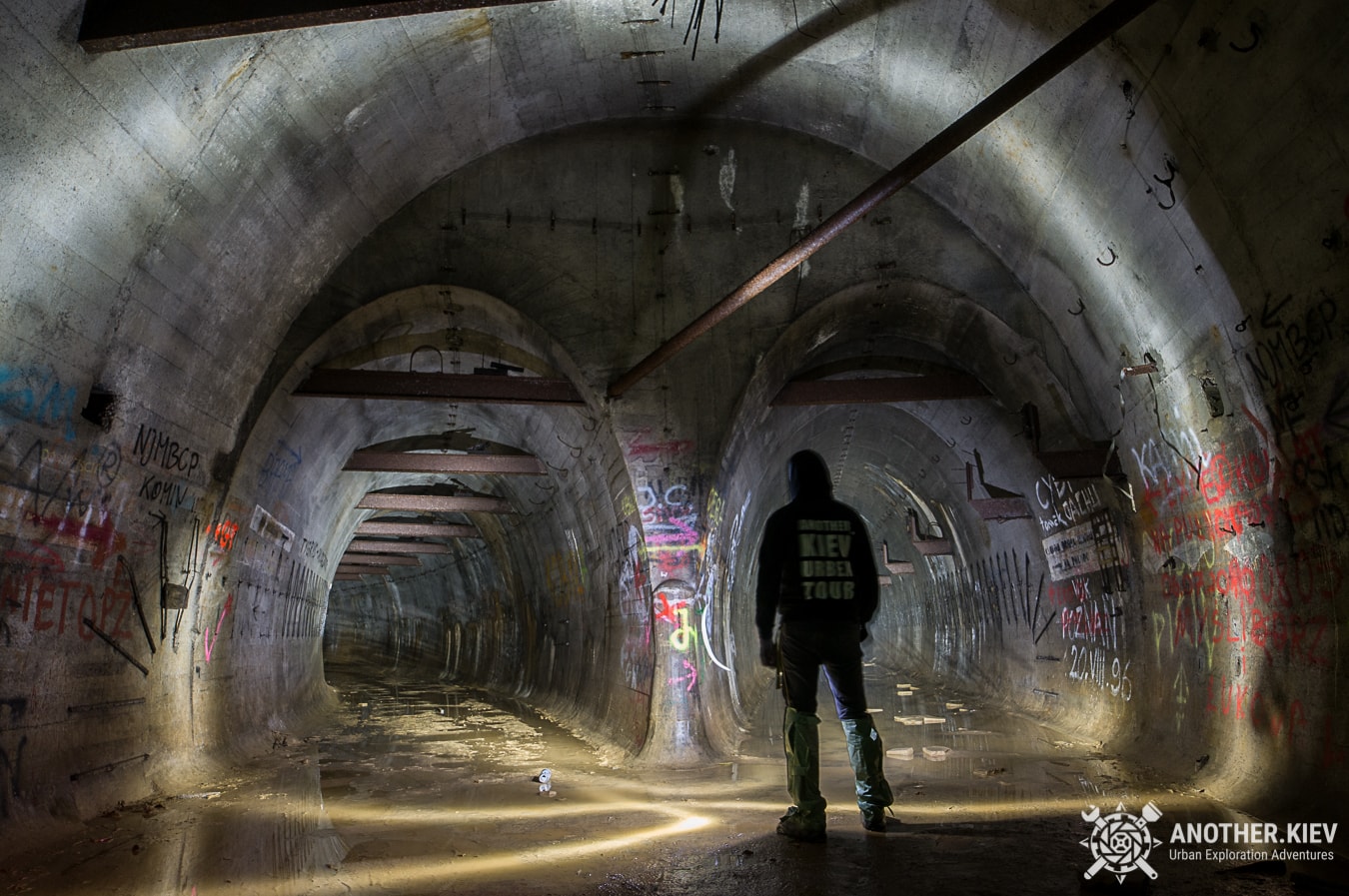 A layout at the Friedrich station. You can see the sidings.of the narrowgauge railway on the floor. 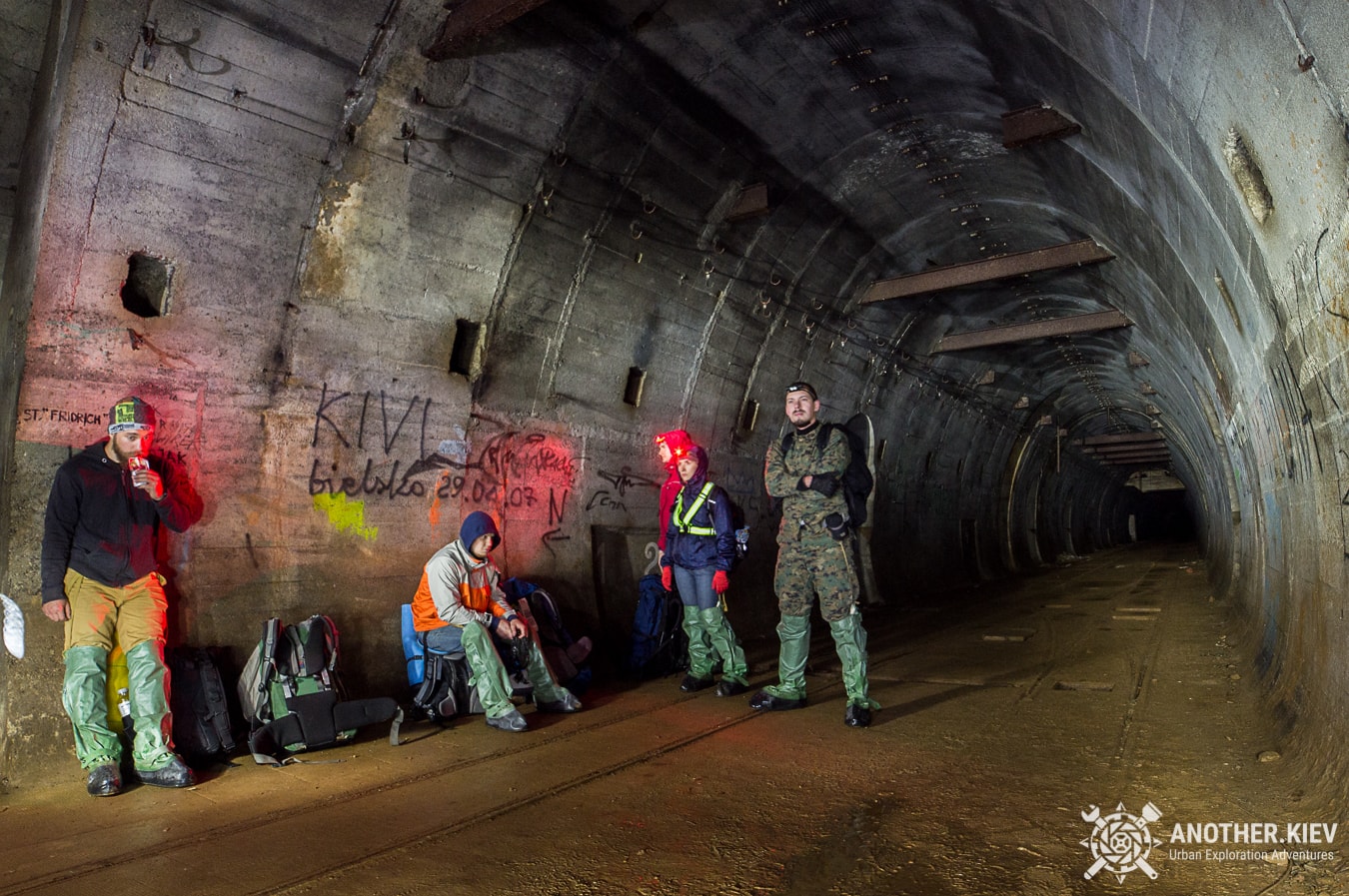 During the expedition, we examined two knots of defense: York and Gnaisenau. From the central tunnel, the Friedrich tunnel of the smaller cross-section goes towards pillboxes 719 and 720.

Suddenly, the tunnel expanded and we found ourselves in the underground excavations of pillbox 720. It was much warmer here. 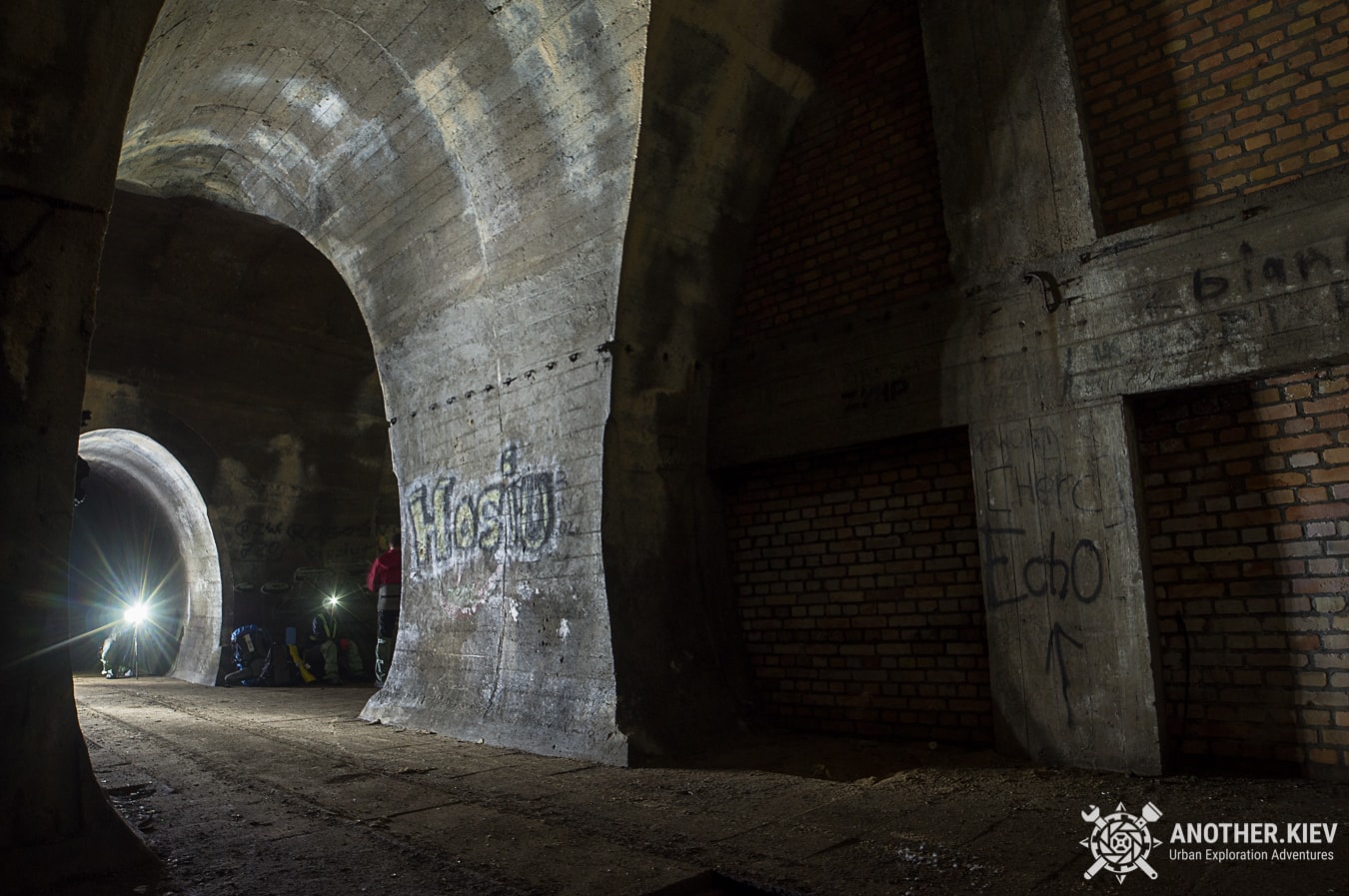 There is a monolithic reinforced concrete staircase to the upper rooms of the pillbox. 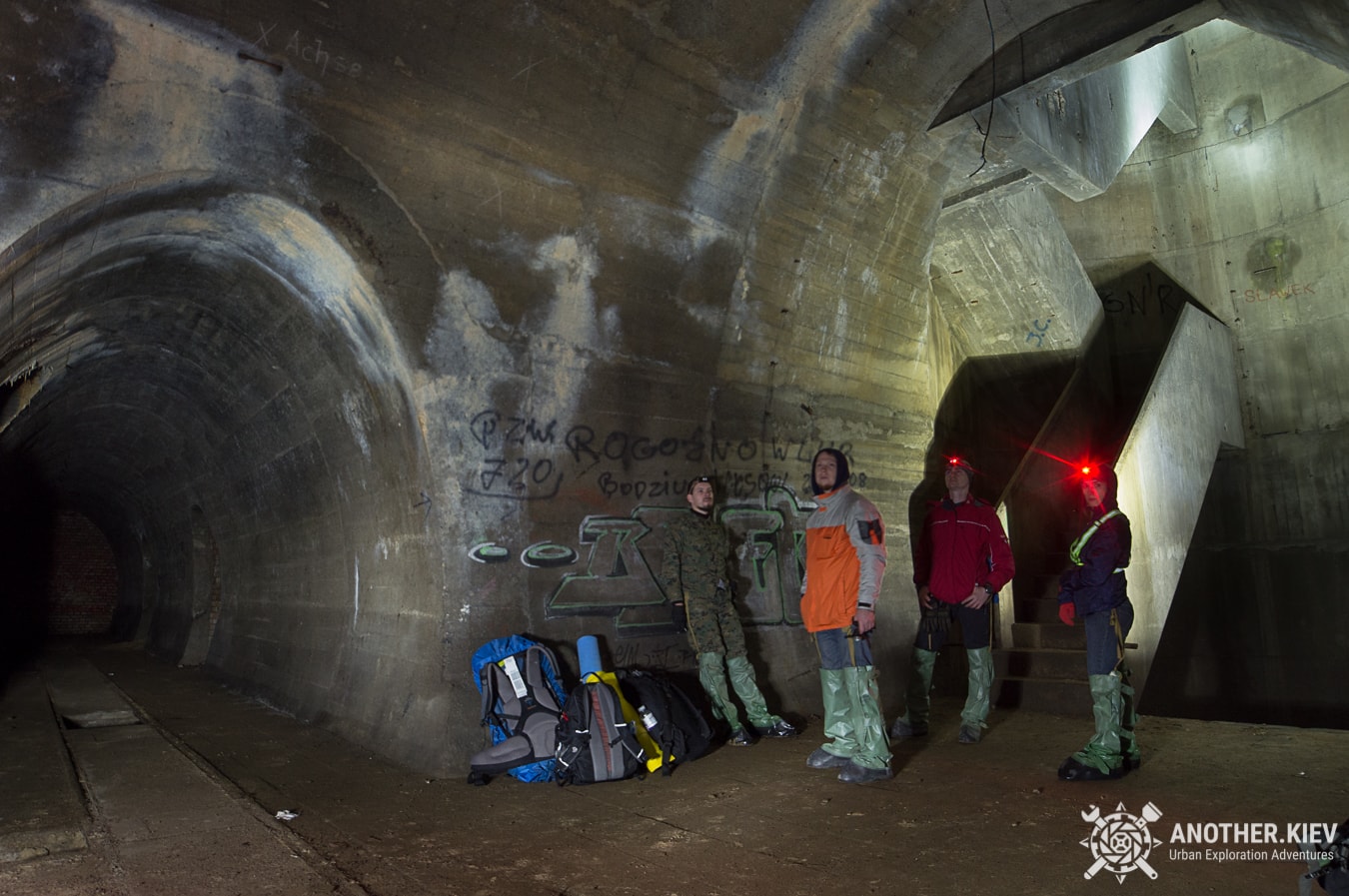 The skill of German builders is impressive. Everything is done very carefully, thoughtfully and efficiently. Circular openings at the top – are trimmed ventilation pipes. 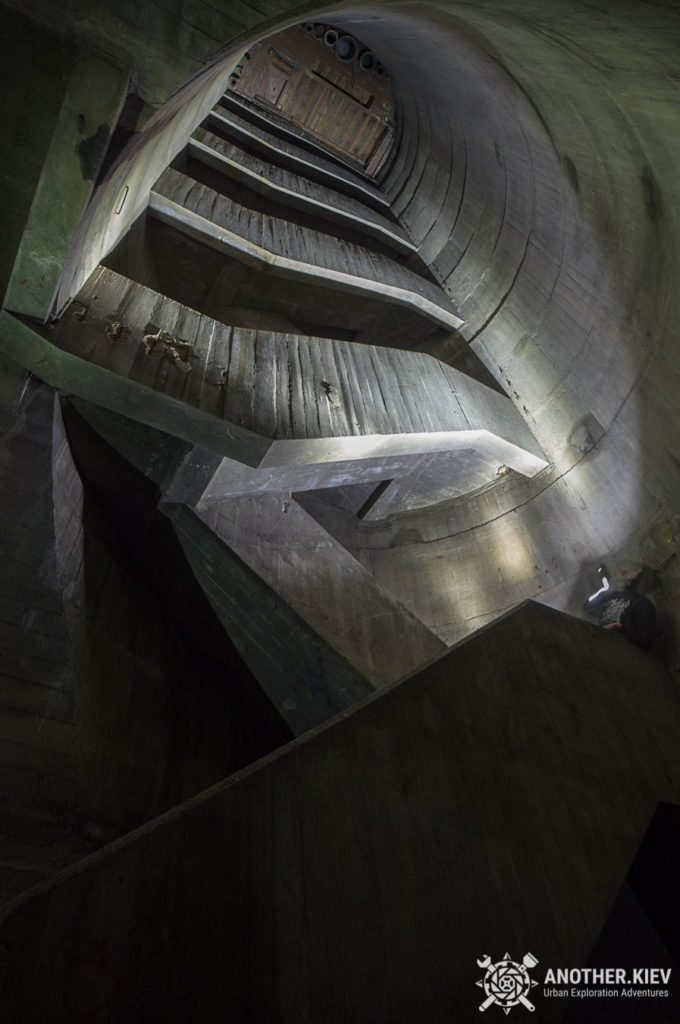 We went upstairs to explore half-flooded two-story bunker. The machine-gun turrets in armored hats weren’t preserved, but the mortal and flamethrower were here. We went down to the north and we had to go to the fortified group York about 8 kilometers. 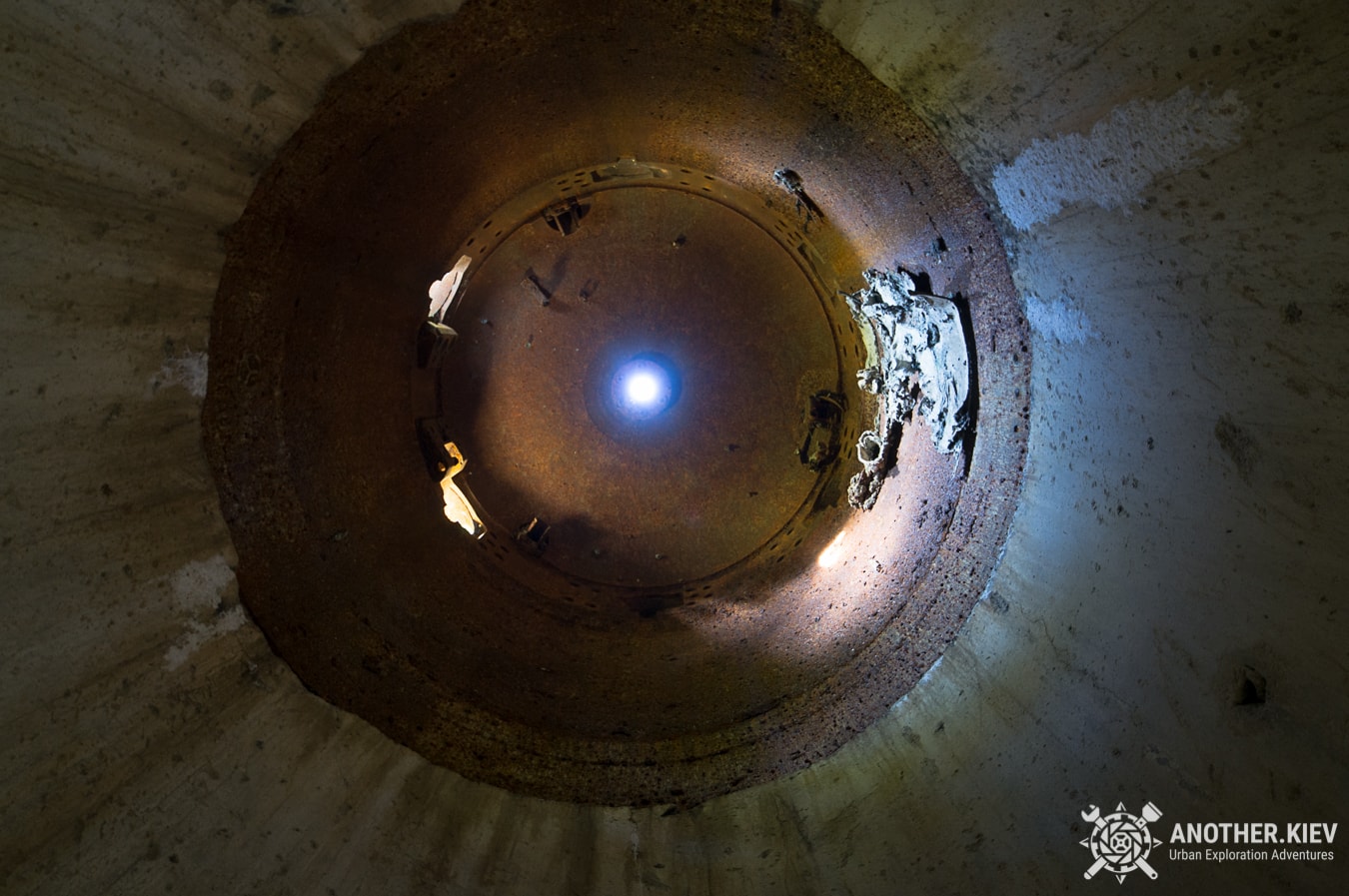 In the halfway we made a layout to make tea and have a snack. We collect clean ground water directly in the bunker. 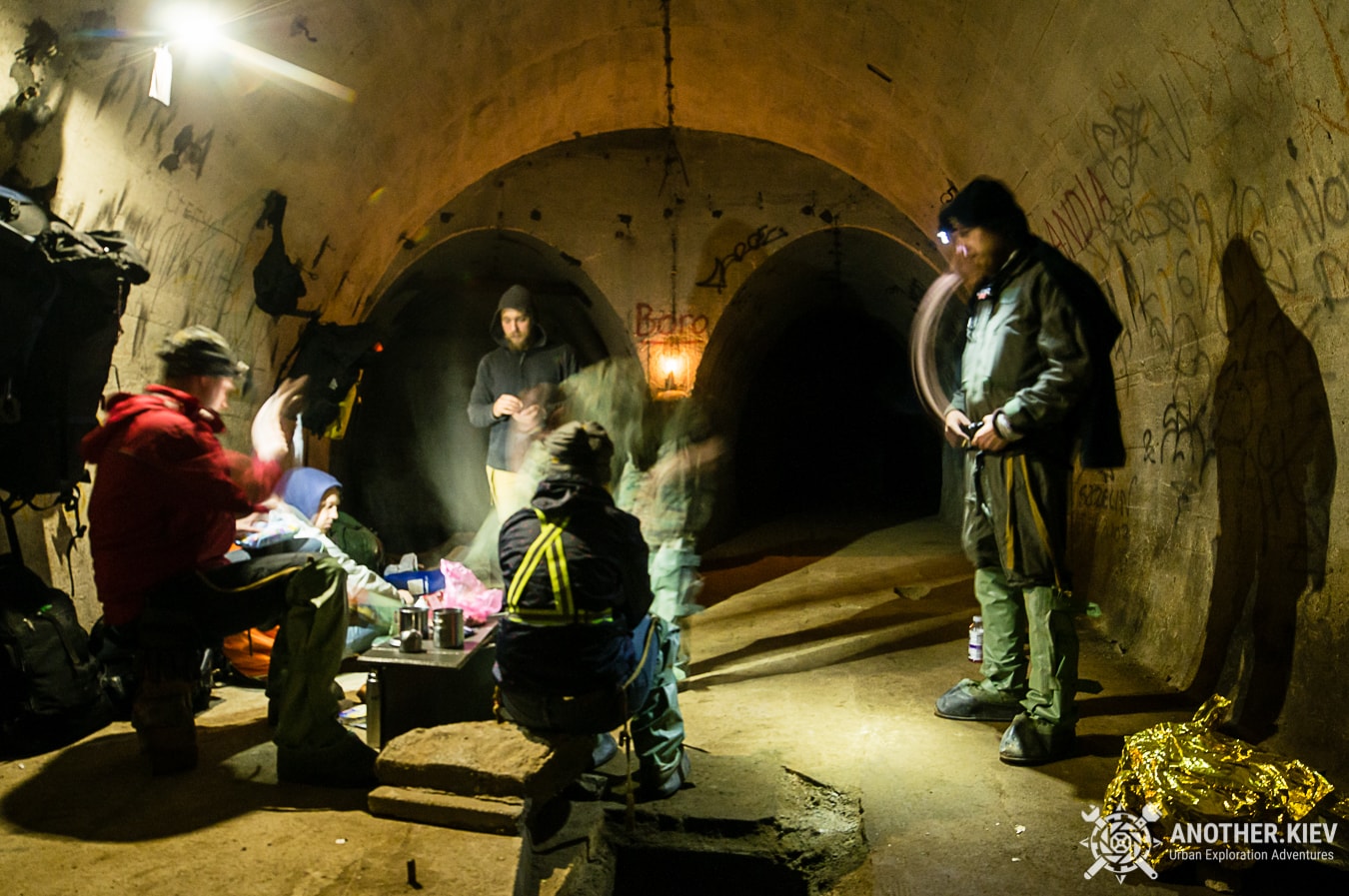 The crossroads of the tunnels at the dead end of the Dora station. 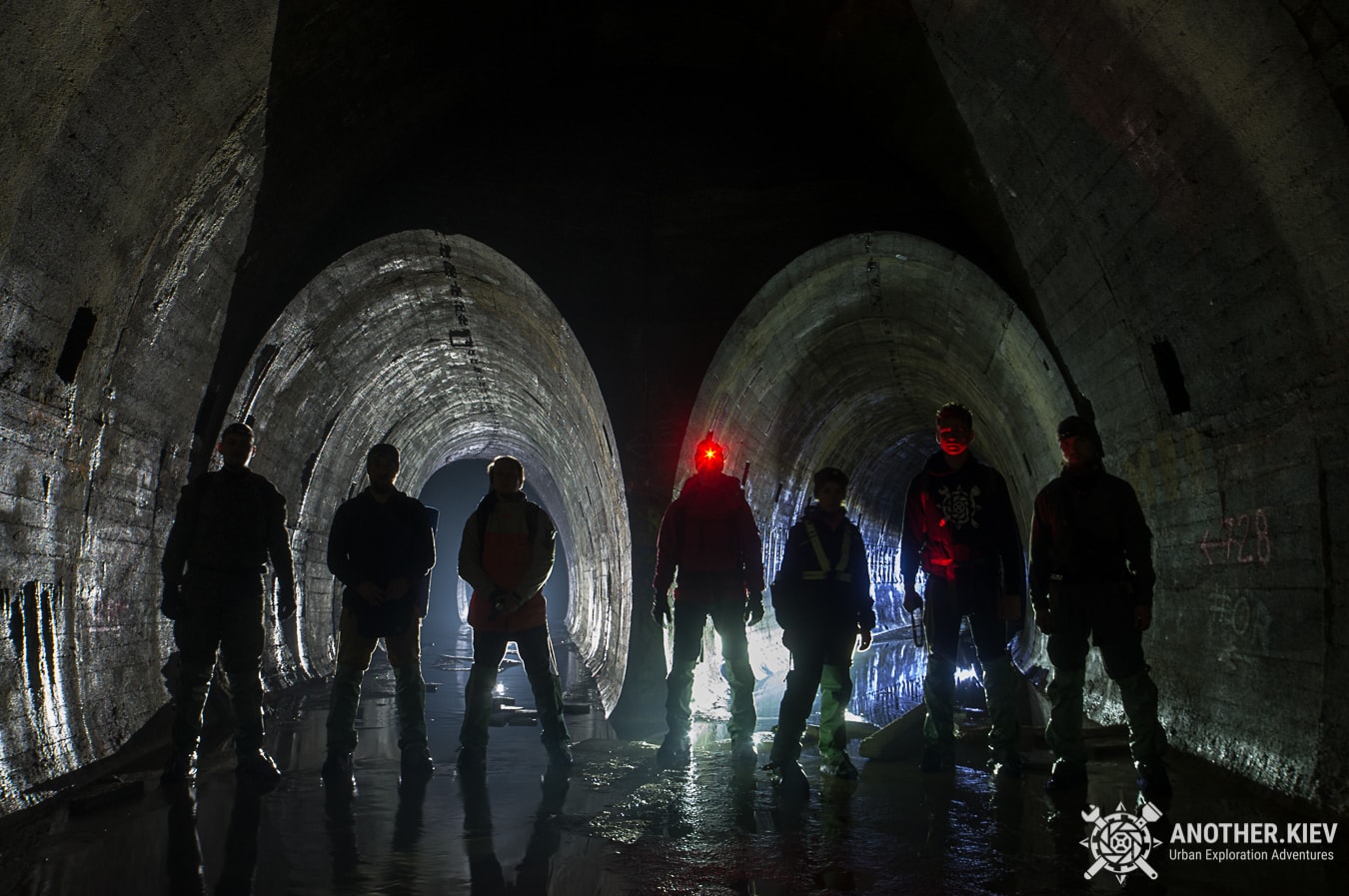 When we rised out of poverty, we got to the Netopyr Hinge – the huge basement storage area of the group of York fortified area. The maintenance work of the underground part weren’t completed here and the floor hadn’t filled. Here we found a dry site and set up camp here. 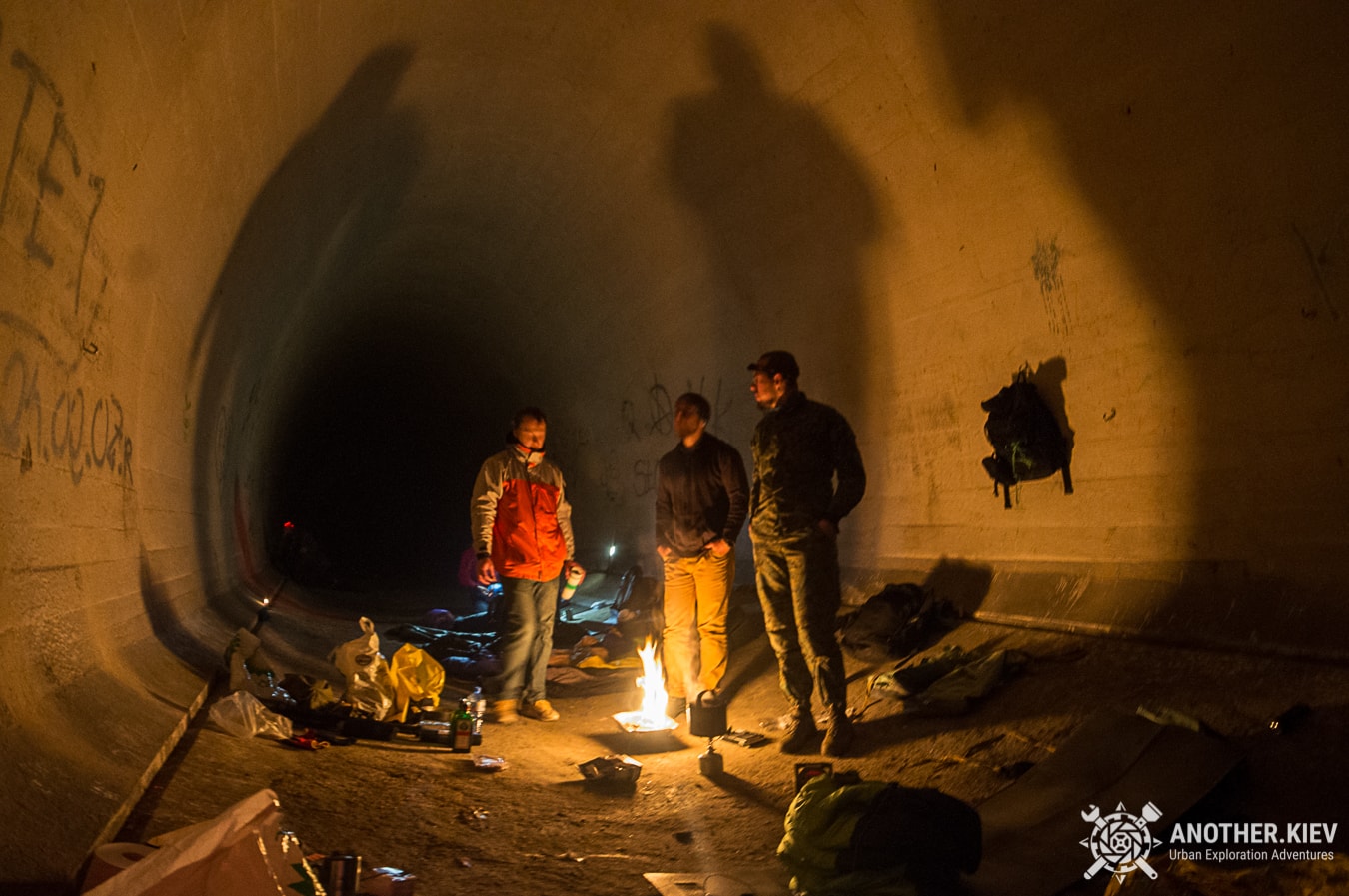 The bunker under the barrel of the A8 haven’t finished and we decided to rake a photo on the stairs. 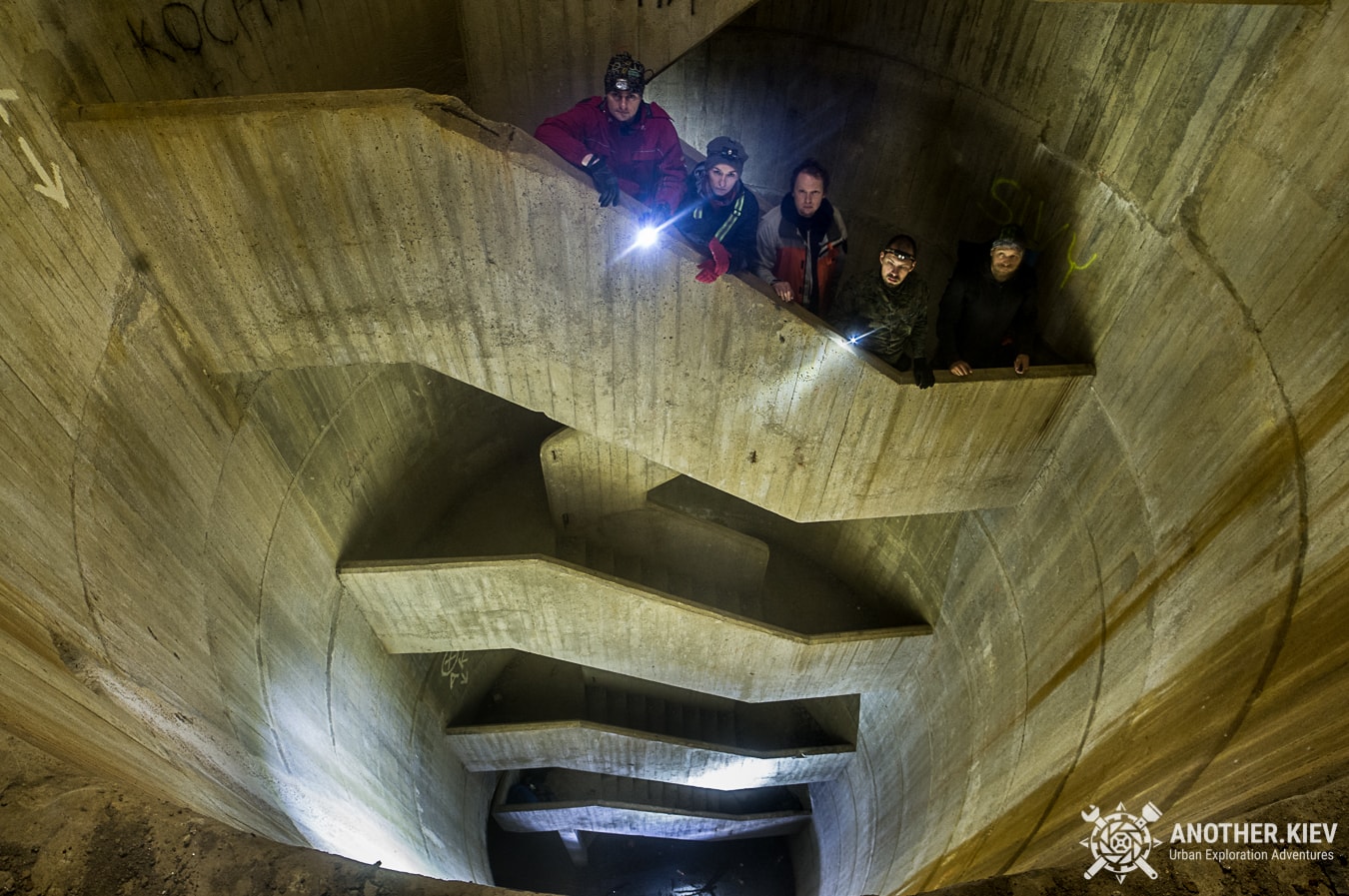 A long way was waiting for us to the place of our descent through the mine and returning to Kiev. 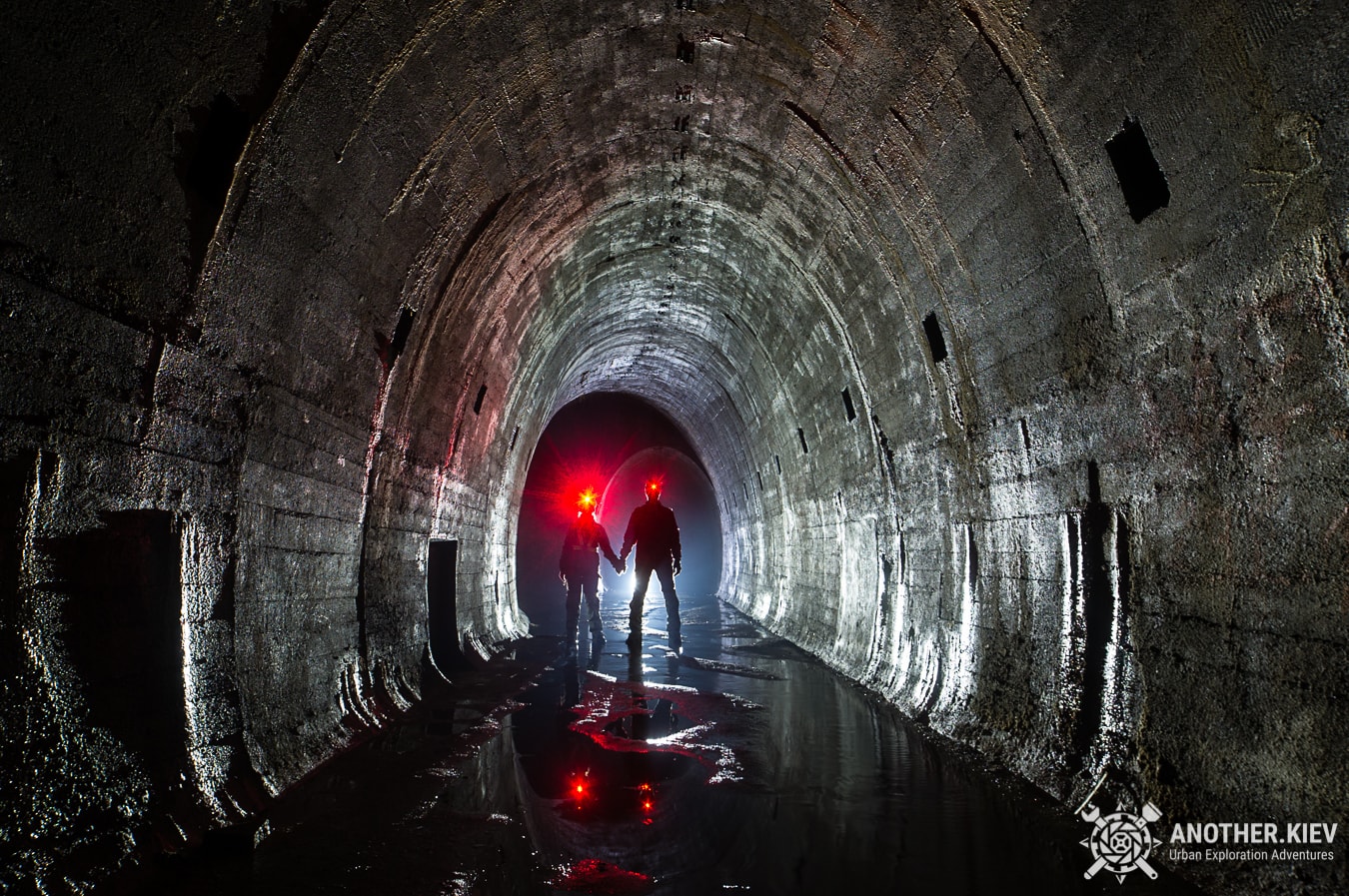 This huge underground fortress haven’t finished and the Red Army broke through in just three days. After prolonged shelling, the garrisons of all the pillboxes capitulated. Subscribe to our blog to be informed  of our new expeditions.
Kyiv Underground Tour
Explore Ancient Tunnels Labyrinth Under City Center
More Info
Kyiv Urbex Tour
Unforgettable Adventure in Tunnels and Abandoned Cold War Bunker
Check Prices
Missile Base Tour
The Only One Place in the Earth where you can push Nuclear Attack Button
Get More Info
Urbex Photo Tour
Lightpainting Photography Workshop in 3 Amazing Locations
Book Now
Urbex Stag Party
Here’s everything you need to make the big bash a success!
Book Now
Previous
Next