Stalin’s line- is a defensive line in the USSR, a system of a nodal structures at the border of the USSR (until 1939 consisted of fortified areas from the Karelian Isthmus to the shores of the Black Sea). The Kiev fortified area was found in 1929 and was one of the most impressive in the Stalin’s line. By 1935, the fortified area consisted of a chain of bunkers and artificial reservoirs. Due to the fact, that the defensive line was provided with ammunition through bridges across the Dnipro river, which could easily be destroyed by the enemy, there was a need for alternative ways for supply. That’s why, it was decided to built two tunnels under the Dnipro river, whereby it became possible to supply Kiev, despite bombing and shelling.

In the summer of 1941, construction had to seal off, because the war had started. After the war the construction continued, but soon it was found to be unprofitable and finally stopped in 1949.

Construction was conducted at once in several places and the sections were called “titles”. 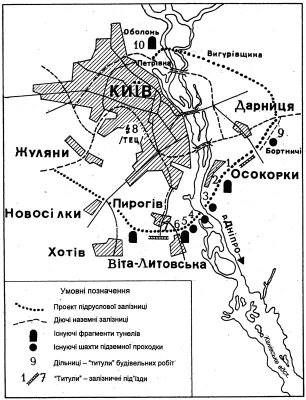 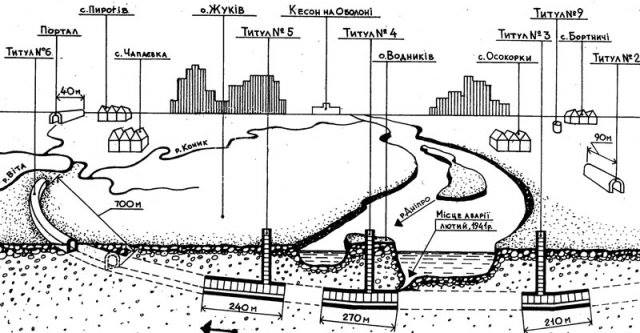 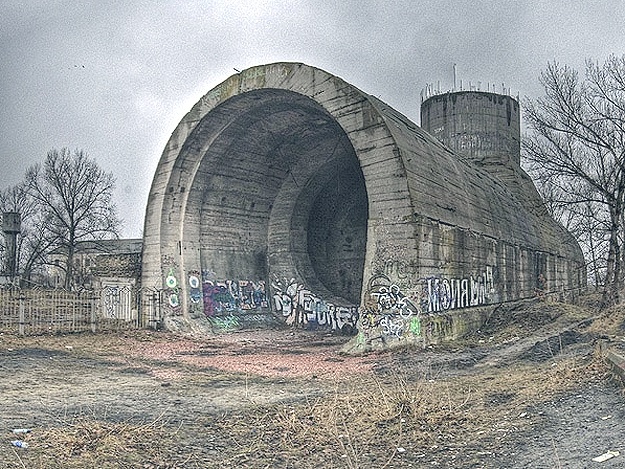 Explore Kyiv Underground tunnels with guide, who will share interesting facts with you!

Track the first stage of construction in our days is possible on the territory of Obolon in the tract “Natalka”. It consisted in the following: a concrete caisson was assembled on the surface, after which the water, which was fed under high pressure through the pipes, washed the earth from under the caisson and it sank under its own weight. As fat as it dive, the pipe was topped up with concrete rings, which were inserted every 70 cm and reinforced the walls of the tunnel. A great success was the erection of at least one ring for one work shift. 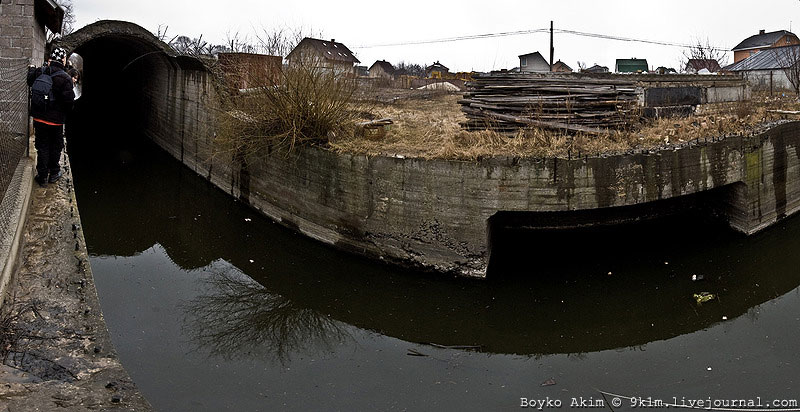 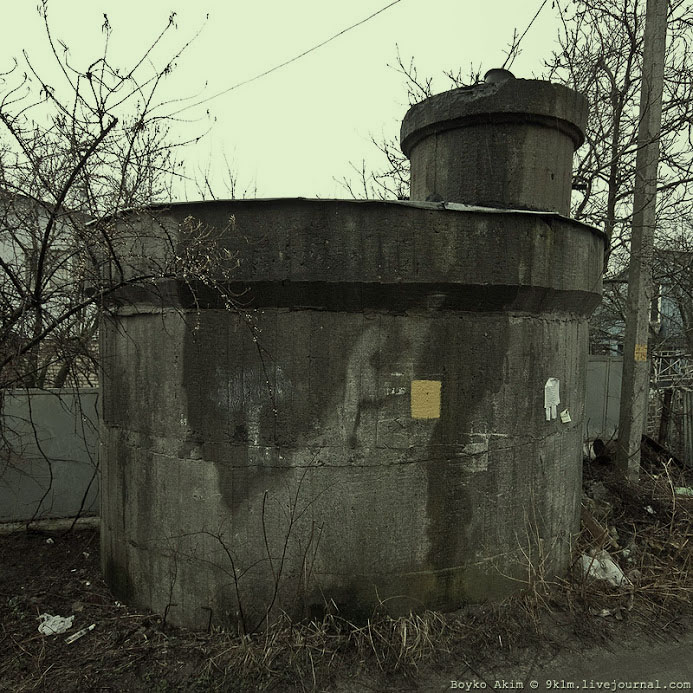 On the left bank, the southern tunnel goes out on Osokorki. Here the title is represented by a submerged caisson and an underground exit from the tunnel. During the work, 220 rings with a total length of 154m were installed. 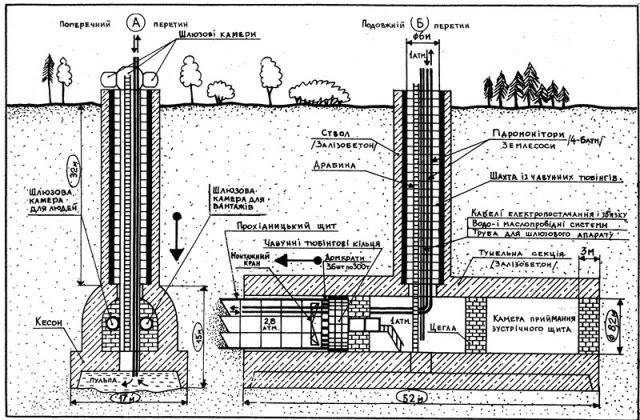 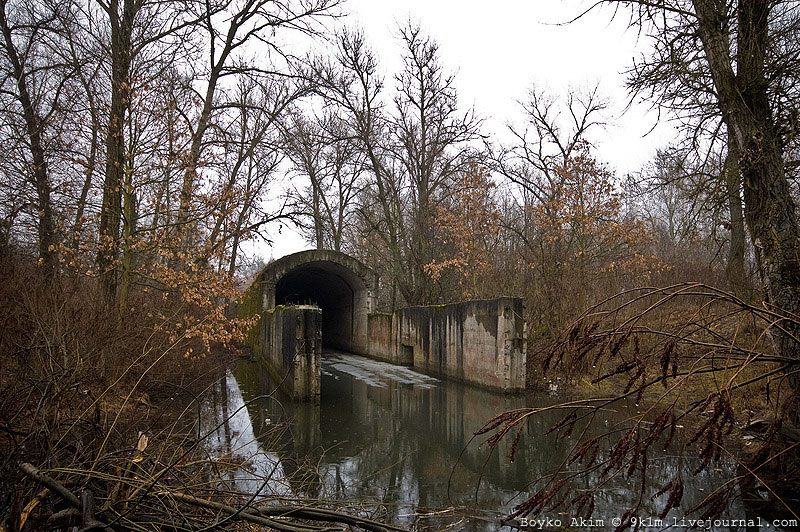 The most intensive construction occurred in the southern tunnel on the right bank. The land tunnel had a length of 700m, also 2 caissons were installed. At the 5th title was mounted a record number of rings -273.

The work at the depth was difficult, because working process in the caisson and the tunnel occurred under pressure up to 4 atmospheres. Such work provoked the development of caisson disease (high nitrogen content in the blood). To prevent its development, a sluice-altitude chamber was built, in which, for 1.5 hours after each shift, the workers passed an adaptation process, by gradually reducing the pressure. Also, after a certain time, the workers spent up to two weeks of rehabilitation in the soulcombine. During the construction was involved about 12 thousand people.

In early 1941, there was an accident, in consequence of which tunnel was flooded and stay the same nowadays.

It is impossible to get into the tunnels, because research in the 90’s showed that the tunnel is completely blocked by the armature and the rest of the entrances are blocked by demolition waste or encased in concrete.

There are different legends around the tunnel – about an armored train and about the builders, which were shot in the tunnel. It is impossible to check it, due to the poor condition of the tunnels and information that the Germans stored poisonous substances there.

There are different legends around the tunnel: about an armored train inside it and about the builders, which were shot in the tunnel. It is impossible to check it, due to emergency condition of the tunnels. Also, there is an information, that the Germans stored poisonous substances there. Unavailable tunnel attracts fans of extreme tourism, mystic and history.