Tanks, mechanized infantry combat vehicles, missile launchers, barbed wire and all this on the outskirts of Kiev within easy reach of the inhabited buildings. 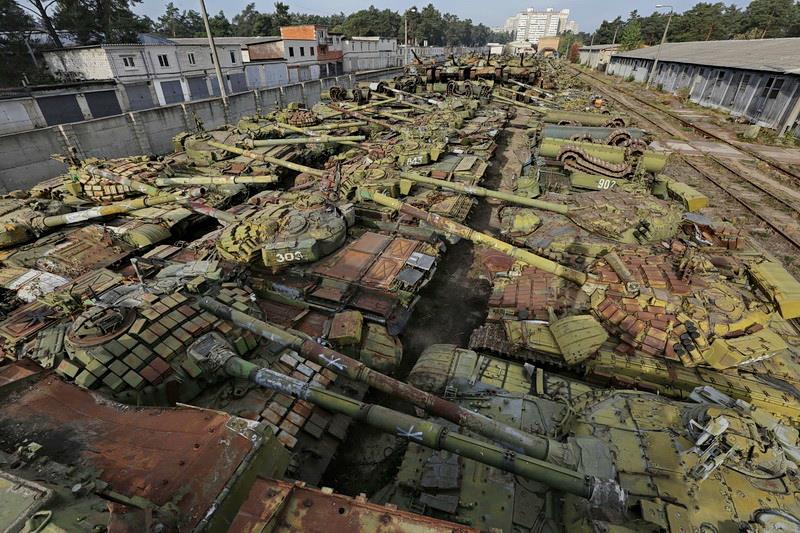 Not far from the “Partisan’s Glory” park lays Darnitsky armour plant, and next to it – a dump of military equipment, which was dubbed the Tank cemetery. In the 90s broken equipment was brought here because of lack of the money for repairment. 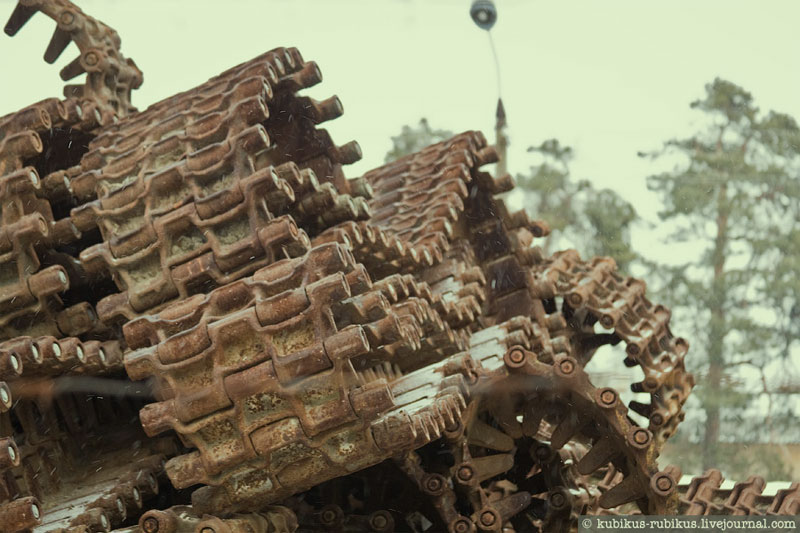 The official name of the site is the Repair Park at the Armor Factory, which, by the way, continues to work. You can see tanks between the main entrance to the factory and the garage cooperative. Be cautious: the territory of the Kiev tank cemetery is guarded by soldiers.

Guide to underground and abanoned places with stalkers. You won’t forget this adventure!

Most of the creepers here are T-64 – veterans of the Soviet Union and workhorses of the Ukrainian army. There are also T-62’s and T-72’s.

In the late 1980s, the Soviet Union numbered about 53,000 battle tanks. Already in 1991, Soviet tank factories could produce thousands of tanks a year. Only at the Kharkov tank plant named after Malyshev in the last year of Soviet Ukraine was produced 800 tanks. 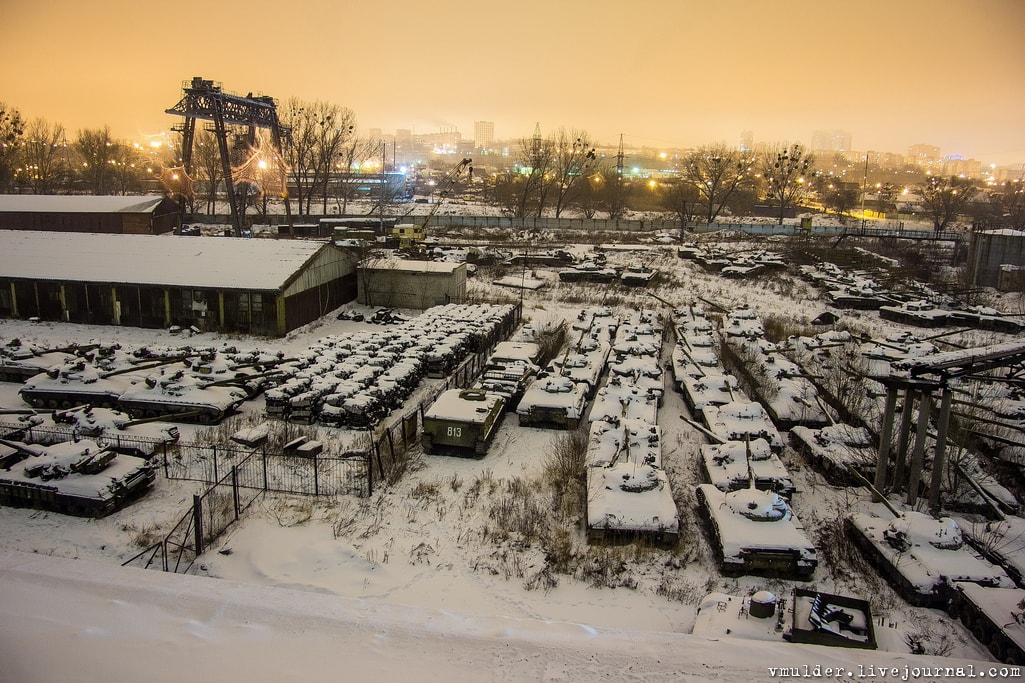 “Ukraine had approximately 5,000 to 7,000 tanks left after the breakup of the Soviet Union,” military expert and director of consulting firm Defense Express Serhiy Zhurets told the Kyiv Post. “But I doubt that the government has allocated any funds for tank maintenance at all for the last 25 years. About 1000 tanks could have been kept in good condition, but no more.” 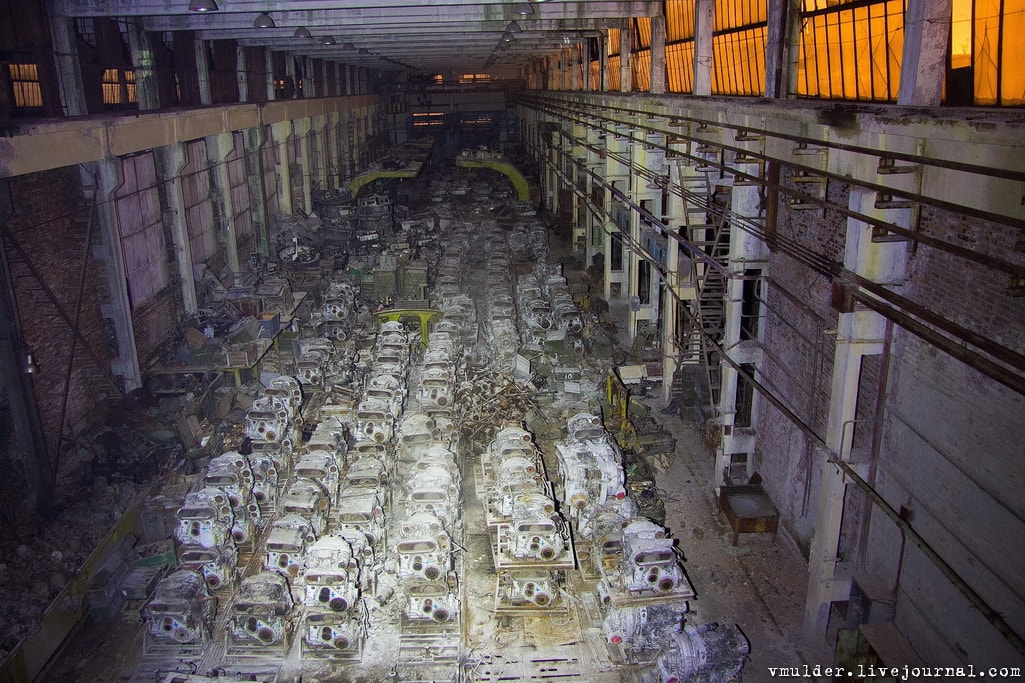 By the way, sometimes near the “Red Khutor” metro station you can see the creepers passing – these are repaired tanks undergoing tests.

Not only in Kiev you can enjoy the apocalyptic landscape of the tank cemetery. 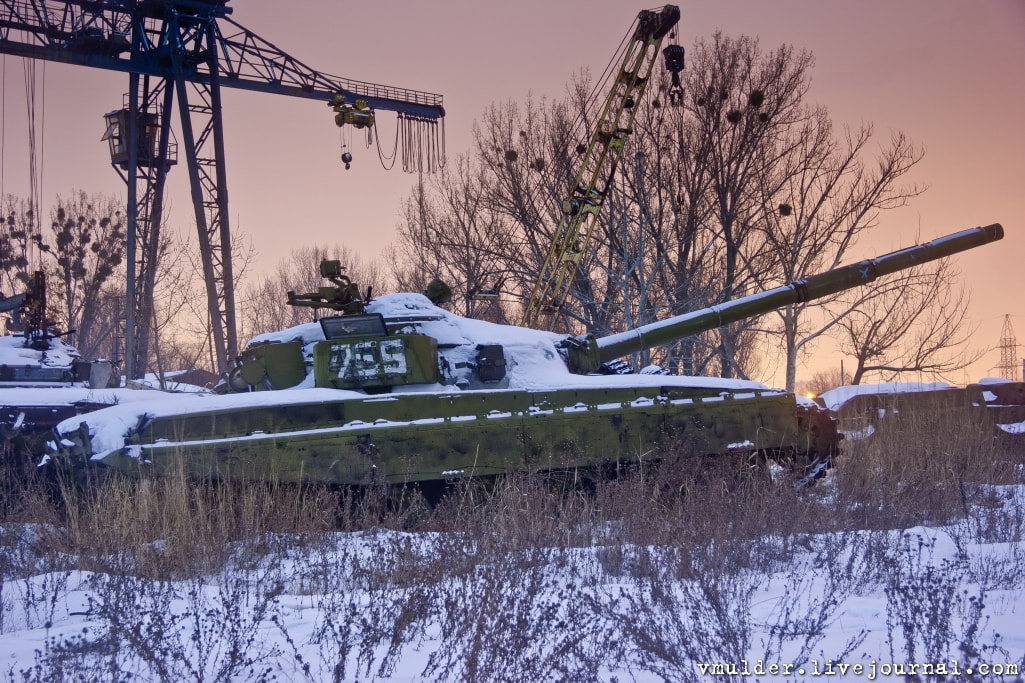 The Kharkov armour repair plant specializes in capital repairs and modernization of the T-64, T-80, T-72 tanks and 5TDF and GTD-1250 tank engines.

The plant also repairs tank sights, laser rangefinders and sets of guided weapons. By the time of the collapse of the Soviet Union, the plant had overhauled about 60 tanks and 55 engines a month. 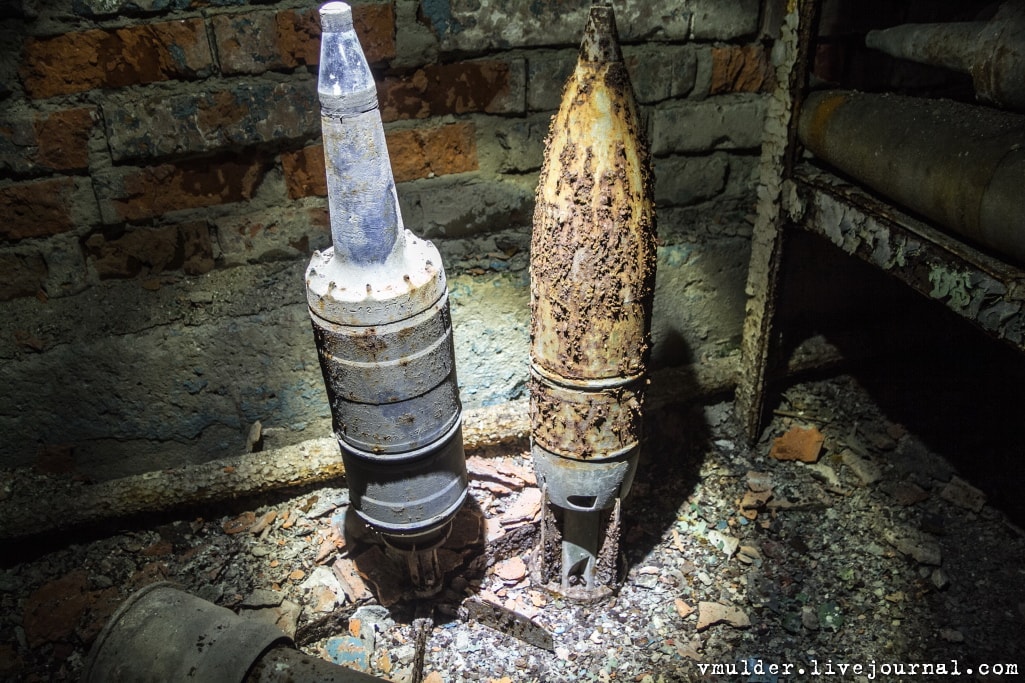 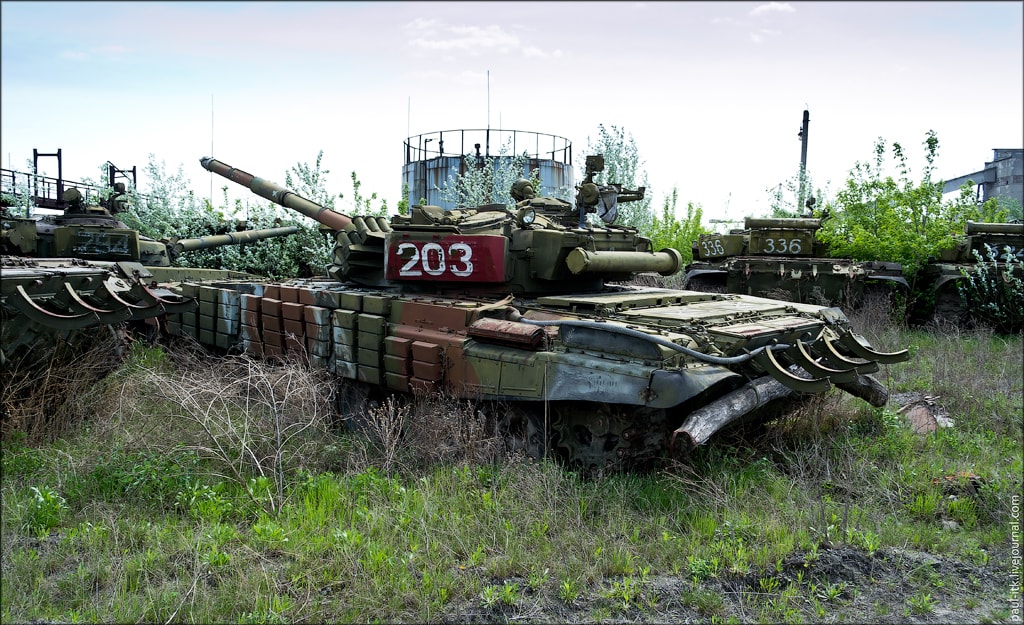