Under asphalt in Kiev exist more than 80 of underground rivers. Klov, Klovitsa, Glybochitsa, Kiyanka, Turets, Zywiec – these are names of the rivers, which were walled in underground tunnels by growing megapolis. All of them, in good weather are clean and peaceful but in bad weather they become storm drains.  Water through the grilles on the streets get into tunnels and flows into the Dnipro river by natural way.

Most of the tunnels are laid under the streets and many streets were named by the names of rivers. Tunnels of underground rivers are under responsibility of the KP “Kyivavtodor”. Also in the tunnels you can often meet  Kiev urban explorers. Unlike the European “mixed” sewerage system, where all types of water flow in the same tunnels under the city, in the end of the XIX century in Kiev engineers decided to divide domestic sewerage and storm drains.

Klov is the most interesting underground river in Kiev. No doubt. Its an extensive network of tunnels under city-center from Maidan Nezalezhnosti square to Arsenalna metro station. Actually “Klov” is generalized name, workers call it “tunnel system №7” or  “collector Prozorovsky”. In this tunnel system unites  flowing of three underground rivers. Klov river is take source from “Arsenal” factory, the “Khreshchatyk” river is under the European square, Klovitsa river is under the area of ​​Bankova street. The old part of the tunnels, preserved under Khreshchatyk, were constructed according to project of Vladislav Gorodetsky, and has historical value as a underground architecture monument.

An ancient brick tunnel from XIX century, built according to the project of Vladislav Gorodetsky.

THE UNDERWEALING OF THREE UNDERGROUND RIVERS 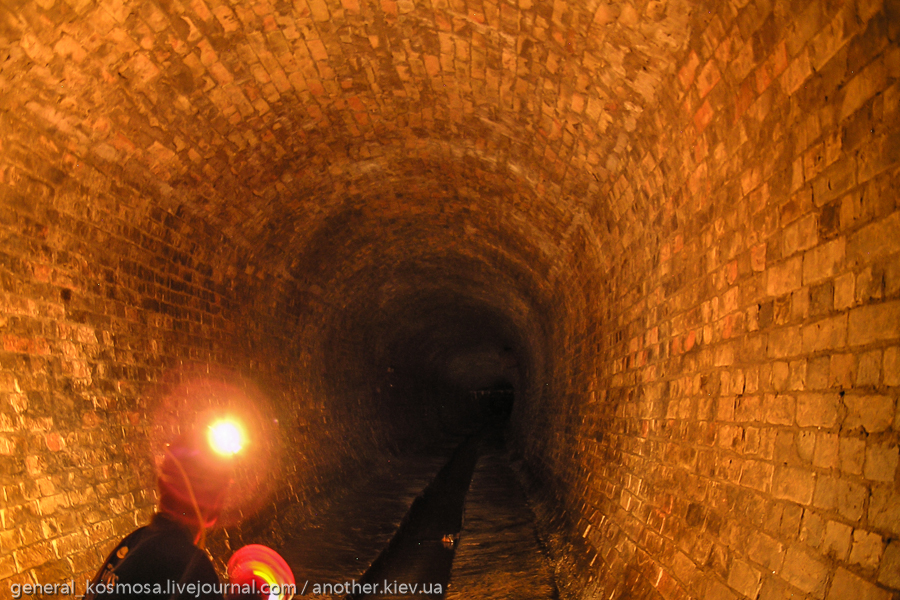 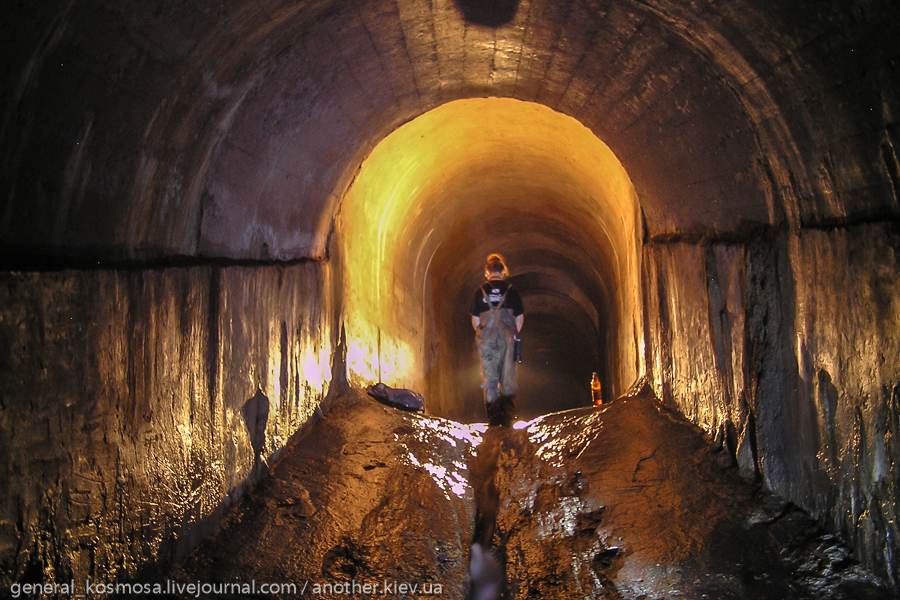 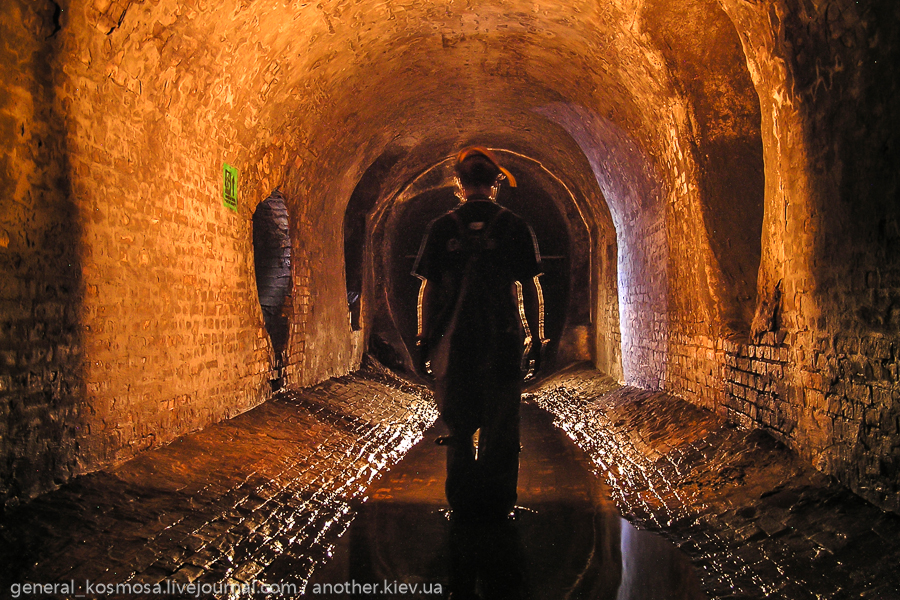 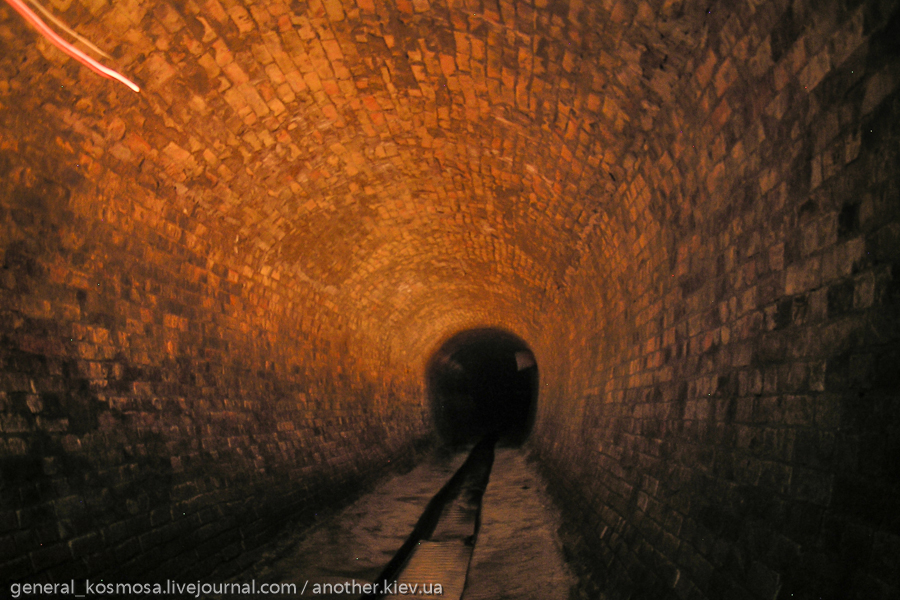 This river takes its source under Motozavod plant and falls into Lybid River near the Central Railway Station. Near by National Circus another stream “Afanasyev Yar” flows into it, being its left tributary.

The central part of tunnel has always attracted prospectors, chisels and hammers breaking the hardened reapplies in search of coins and ornaments. The tunnel of the underground river is very diverse: from an old brick to a narrow concrete pipe.

“Column Hall” in the Skomorok river

in some places tunnel is plastic pipes

The Glubochitsa is largest river in “Podol” Kiev neiborhood. The names of streets Verhni and Nizhni Val came from the right and left shores of this river. The oldest part of this river from Gavan harbour to Vozvizhenka str was buried underground in the 1870s. Section of tunnel near “Zhitniy” market area was recognized as an architectural monument, according to results taken by expedition of Archeology Academy  Ukrainian SSR in 1949. The source of river is under Tatarka, and under the street Glubochitskaya stream runs in a concrete tunnel built in USSR times.

ATTENTION! We remind you that exploring of underground rivers can be really dangerous for your life and health. Don’t try to do it without experience in urban exploring.

If you want to see underground world of Kiev, you can do it with experienced guide. Book one of our UrbEx tours in Kiev. 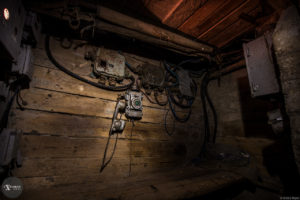 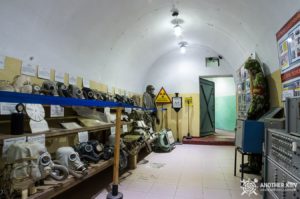 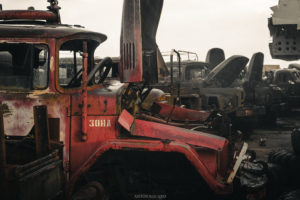 The territory of the Chernobyl exclusion zone has locations that deserve special attention. The village [...] 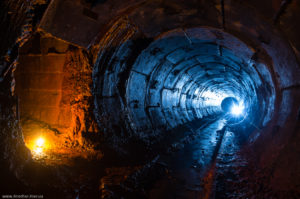 The progressive million-plus city of Kiev stands on the hills, and in order to avoid [...] 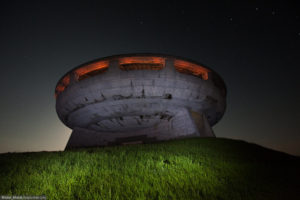 Communism did not pass unnoticed not only for minds and lives, but also for architecture. [...] 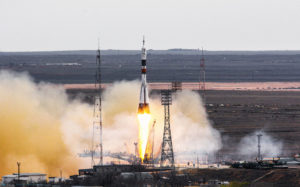 Baikonur is the first and largest cosmodrome in the world. This location excites the minds [...] 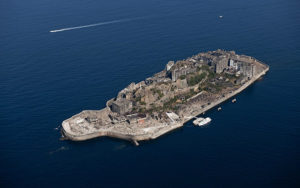 Just 15 kilometers from the infamous city of Nagasaki there is a real ghost island. [...] 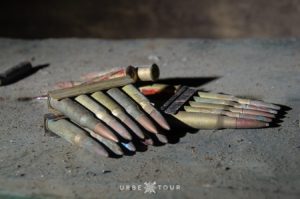 During traveling the picturesque expanses of Albania, it is impossible not to notice evidence of [...] 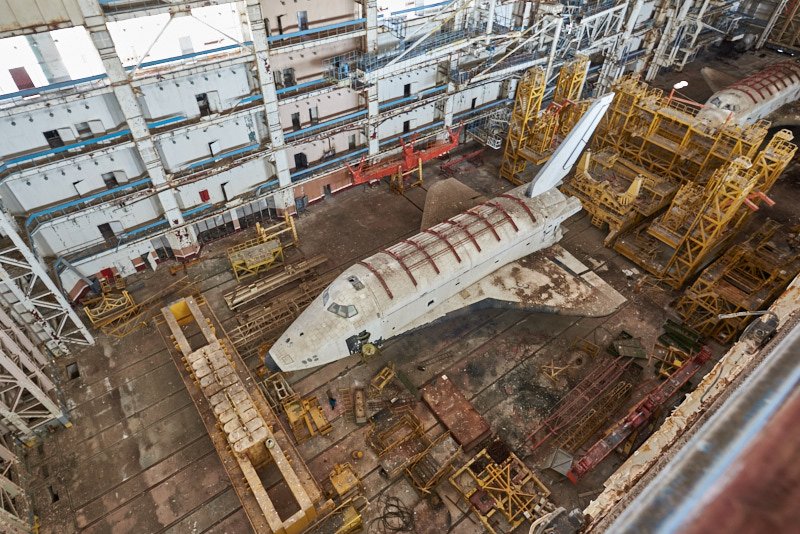