The moon reflected in the wet-covered field as in the sea. That has created the effect of the “moon path”. Field dirt slightly adhering on the soles, and our group moved to the bush grove that was visible on the horizon. The wind rustled around us on the prairie, where among the pillars of barbed wire and ventilation shafts was forgotten by God and people and buried underground military bunker.

The command post bunker of the air defense forces and the air force became unnecessary for the military and was looted.
Time makes its own adjustments and such huge underground structures are no longer needed by the military. The military unit was disbanded five years ago, the offended military sawed everything that was valuable. In the photo below one of the two main halls of the air force operational command. 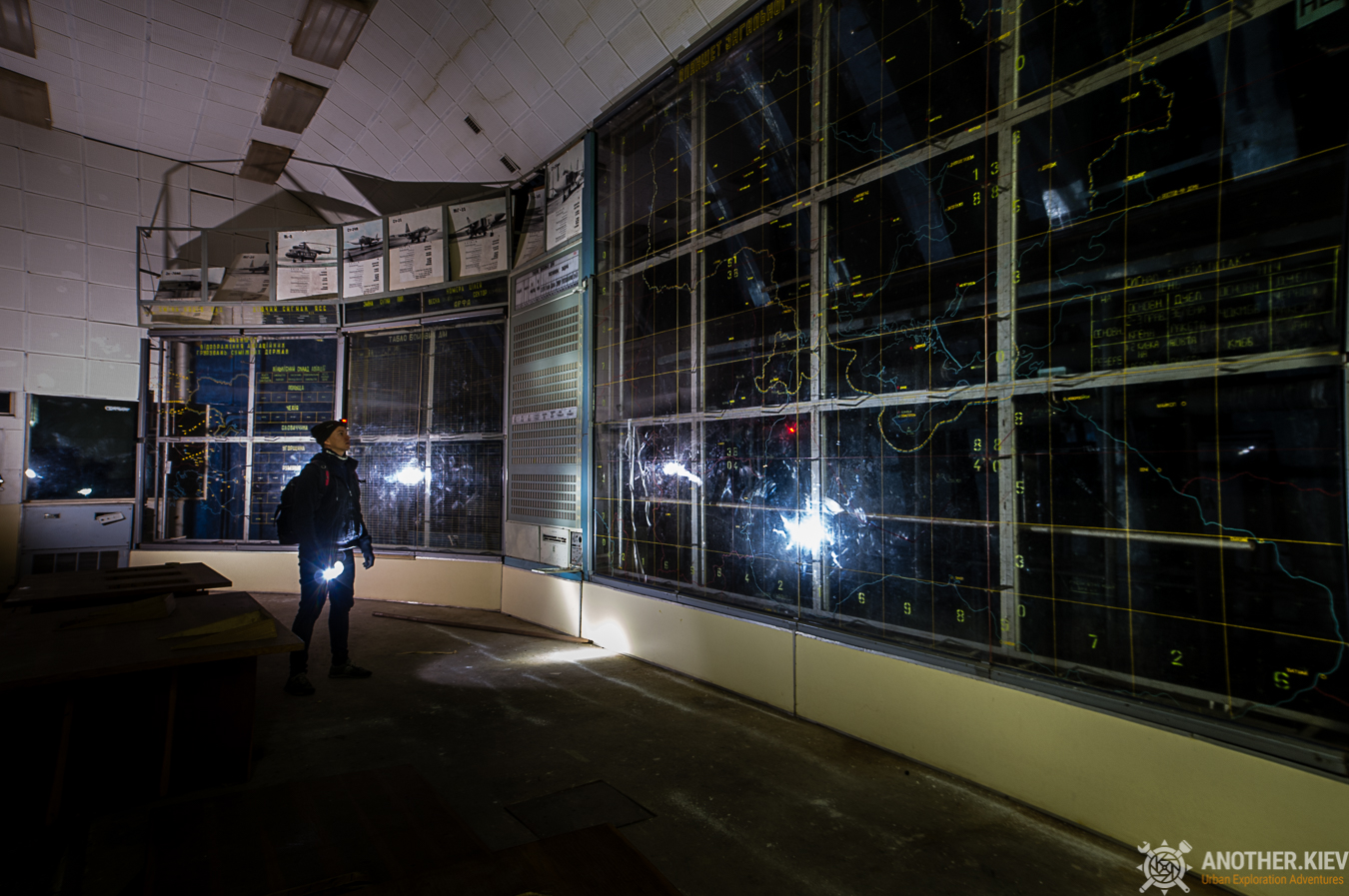 Entrance to the facility is a tunnel with a system of hermotuburs, which are equipped with protective anti-explosion doors. The yellow “military” anti-explosive doors have a convex shape and are more resistant to damaging factors, for example, like shock-wave of nuclear explosion, which they must hold. 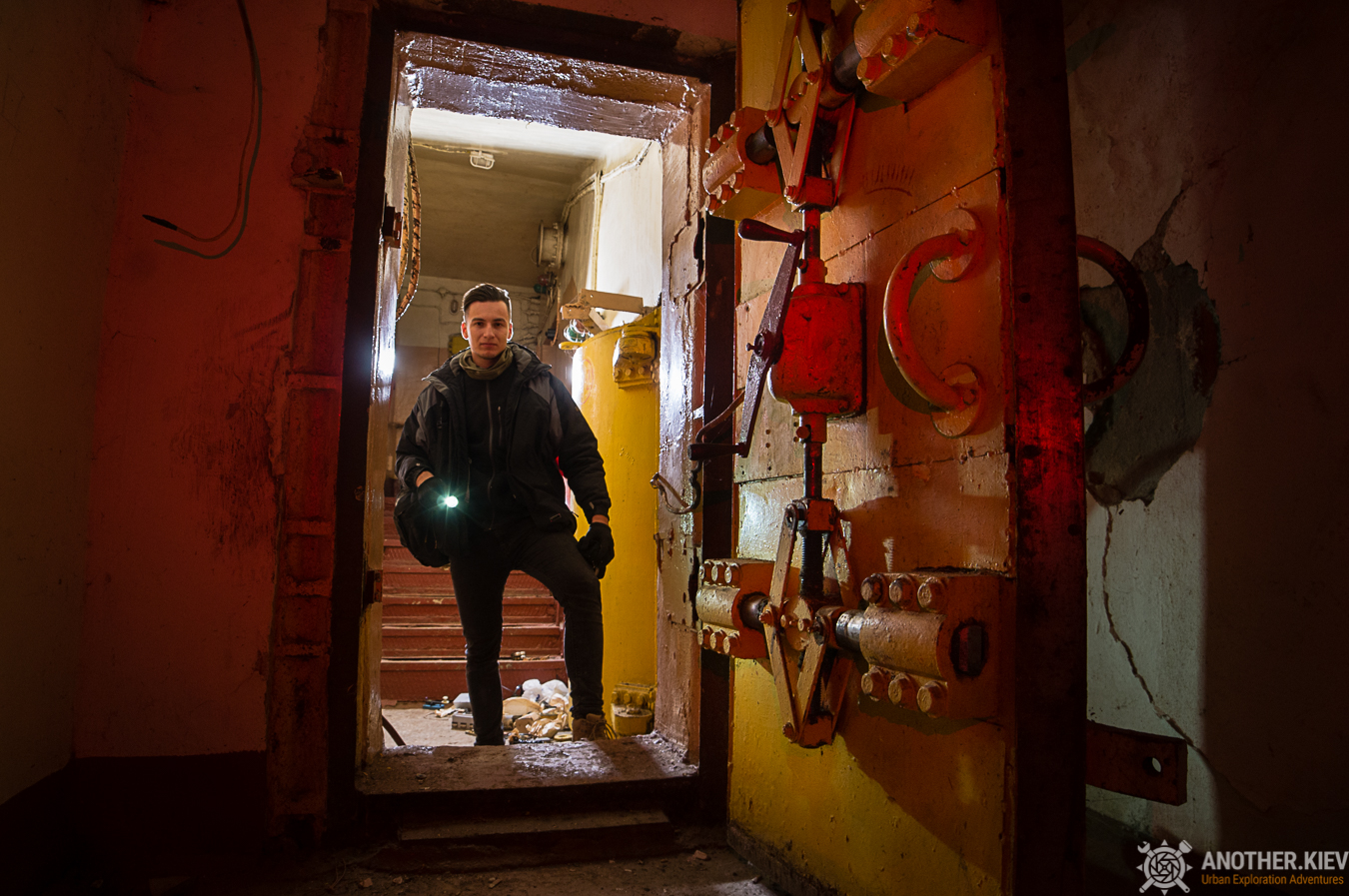 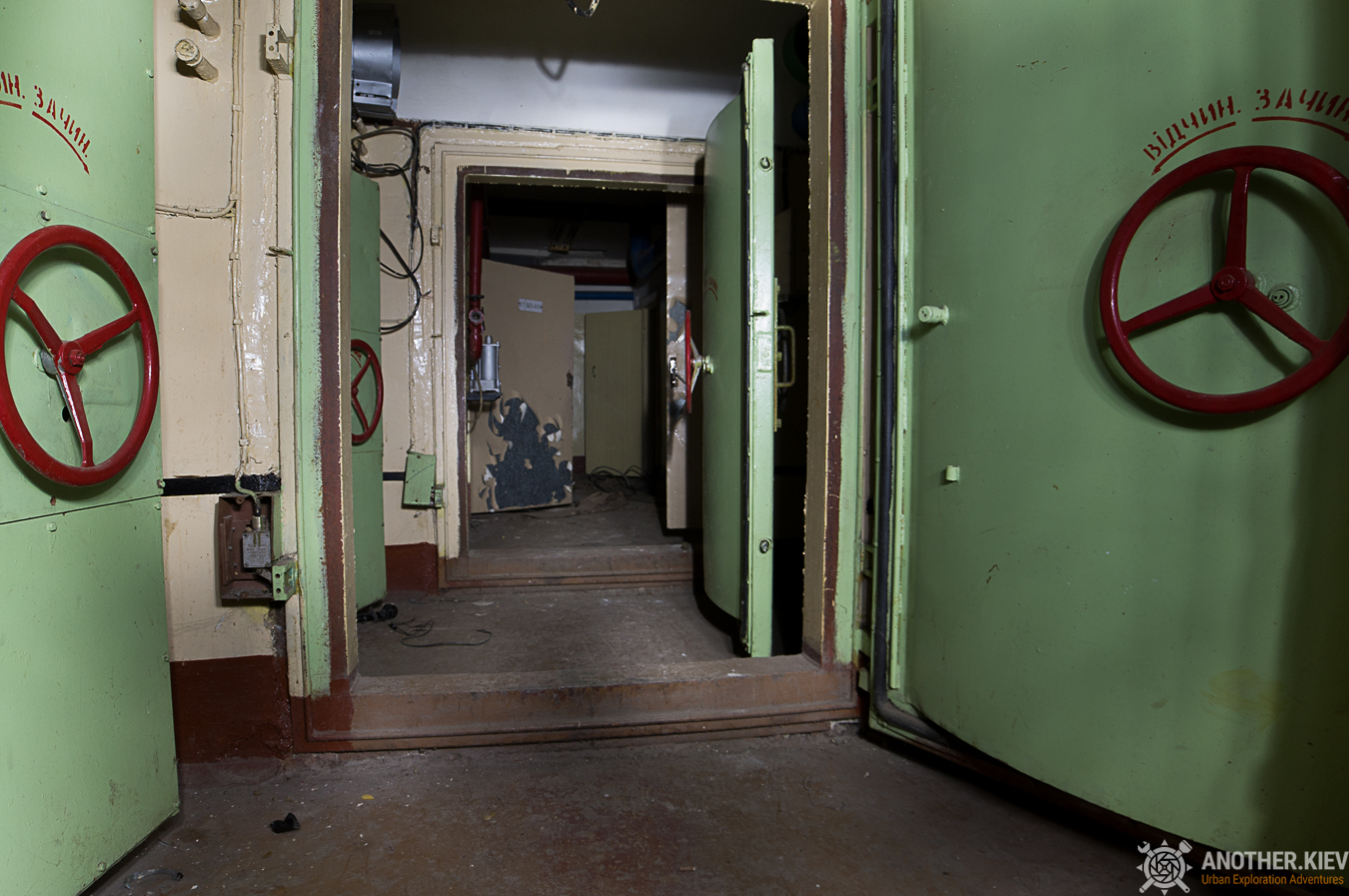 Both halls of the operational command are equipped by transparent shields with map of Ukraine. Urban Explorers are exploring) 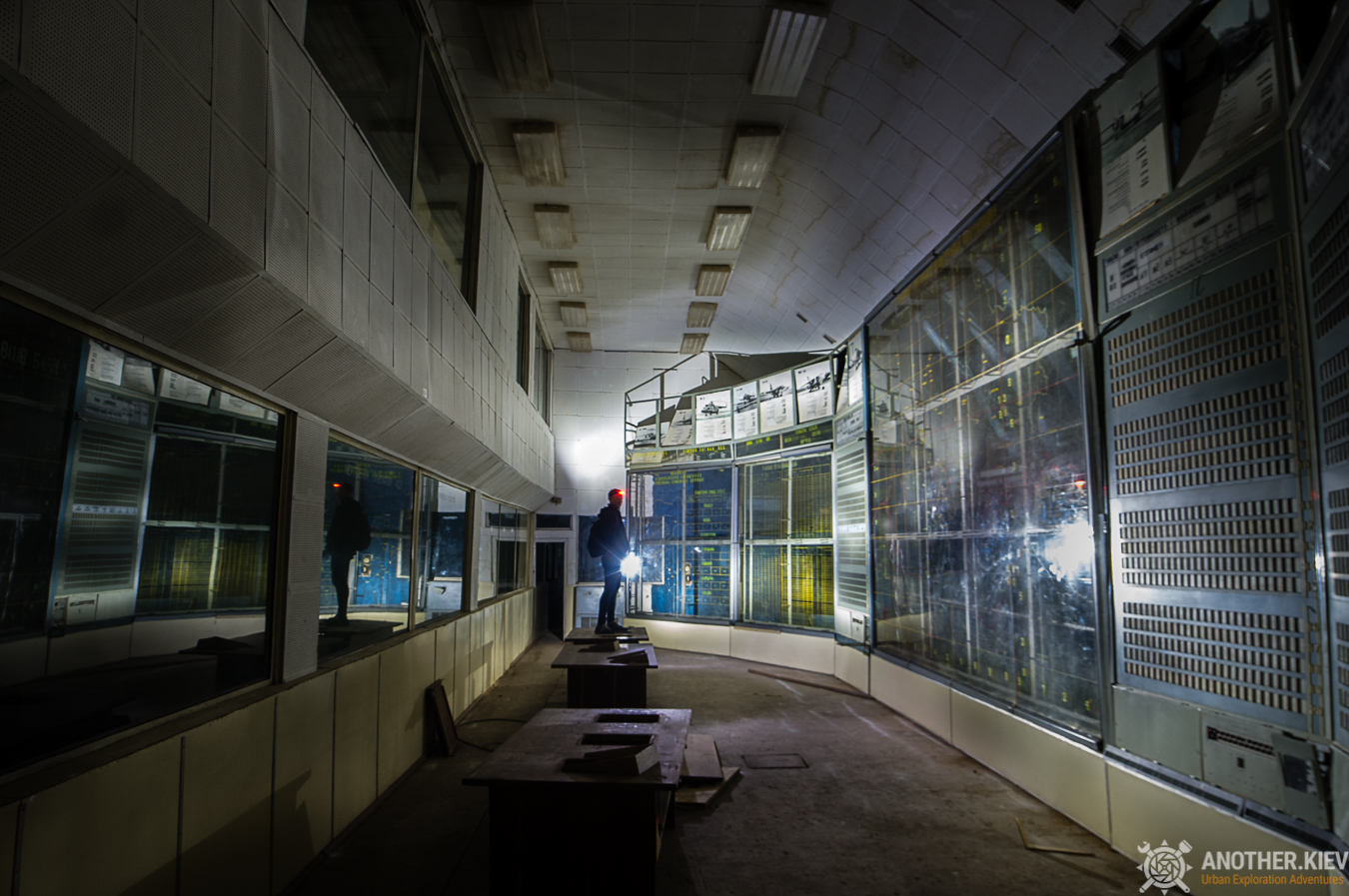 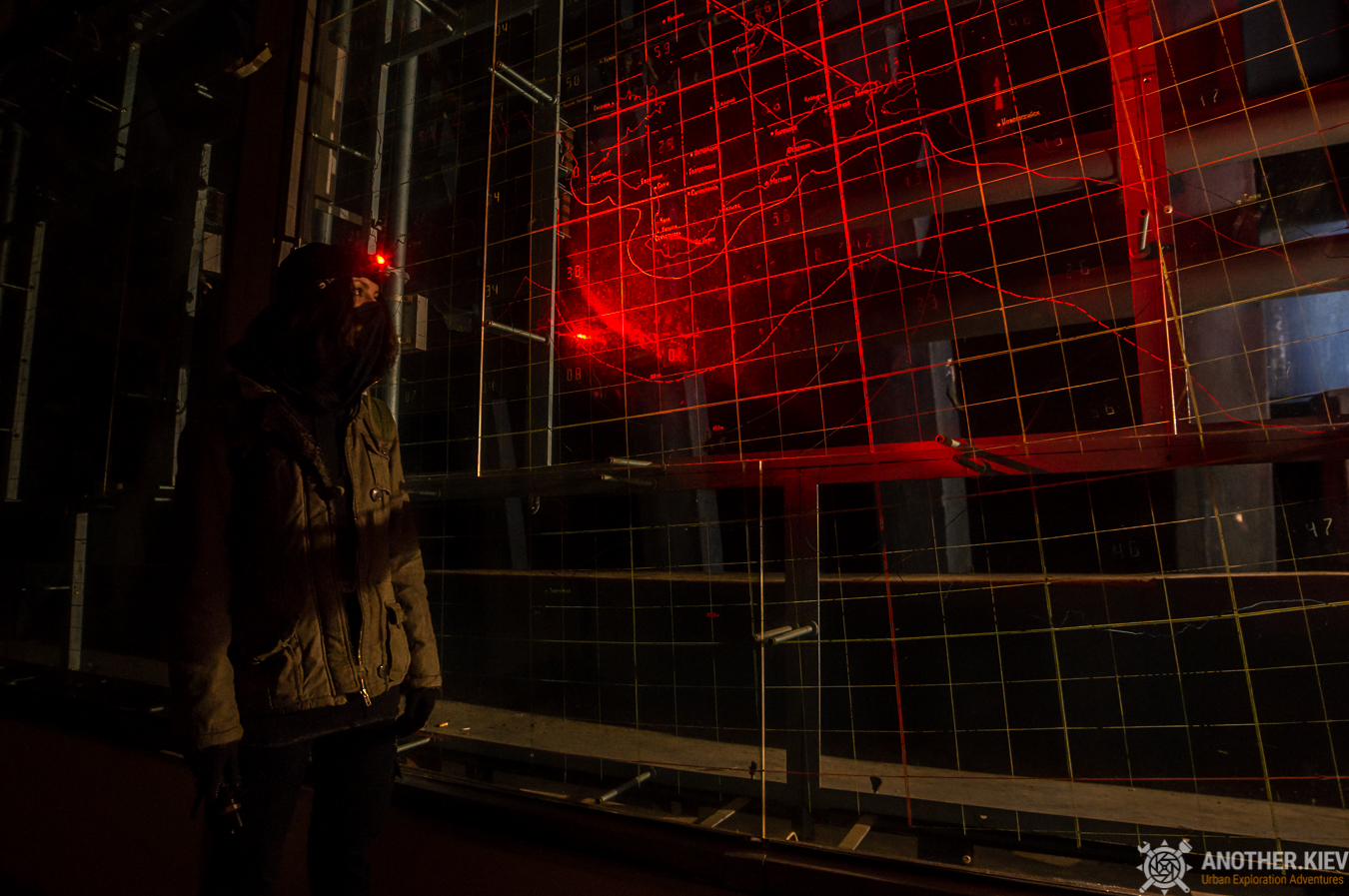 Many parts of the life support systems of the bunker were looted by local security guards and former military men who had been gently disemboweled the facility for the last five years after being removed from combat duty. 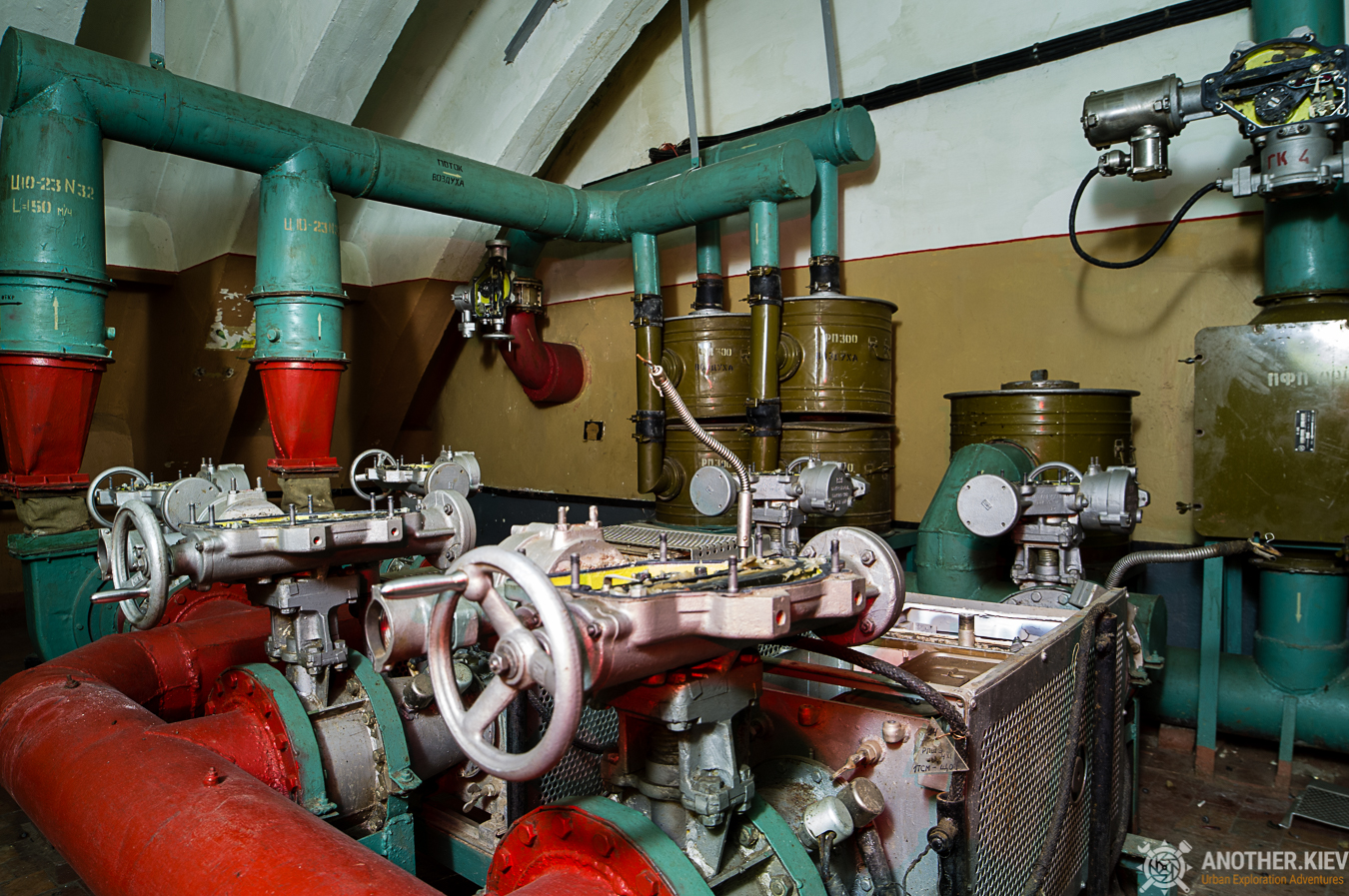 Switchboard room with a lot of instruments and indicators. 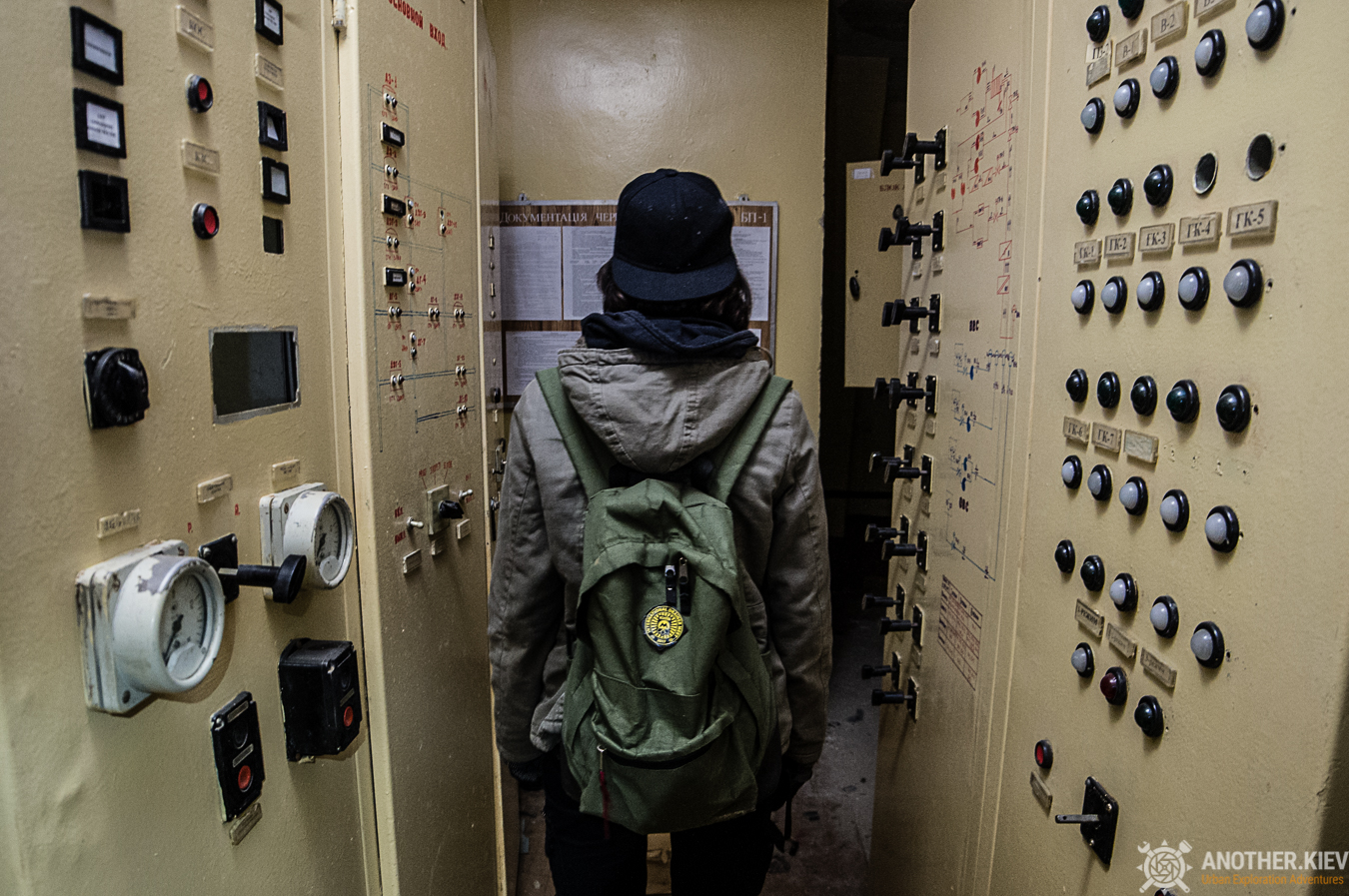 Hermetic doors of the active ventilation compartment on the top floor of the A block. Something similar can be found in conventional bomb shelters for the civilian population in Kiev, but there they are usually painted blue. 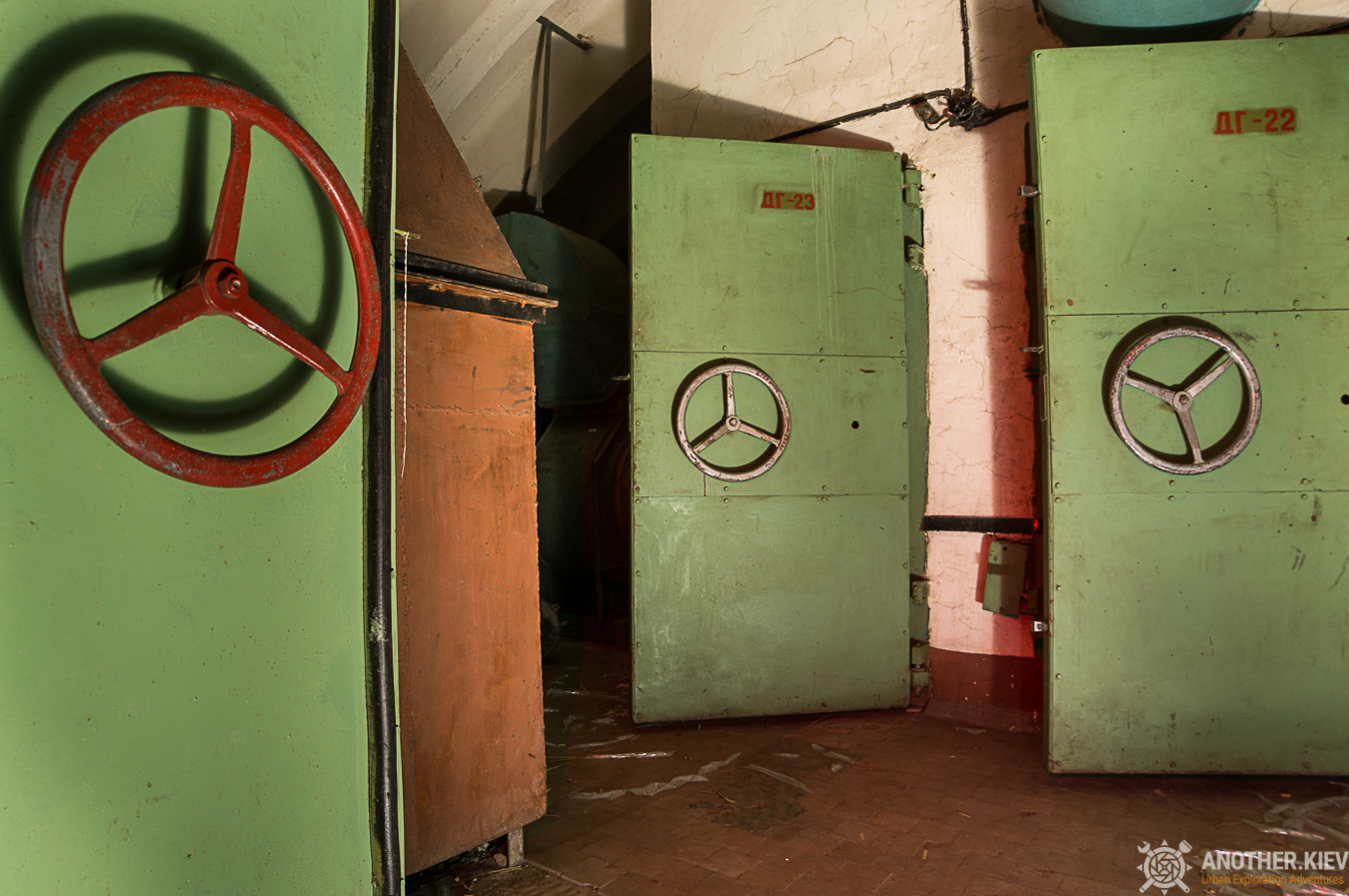 View from the second floor to the operative command hall.