In 1992 Ukraine became an independent country after 70 years like a part of USSR . During 199-x years many military and industrial facilities were abandoned, and that was the beginning of Urban Exploration age in Ukraine. We want to pay your attention to our rating of most interesting urbex spots discovered by native explorers during last ten years.

1. The deserted streets of Prypiat – the most famous nuclear ghost town in the world. On a par with abandoned city second most intresting object is “Duga“. This gigantic antenna system called Duga-3 is located near Pripyat in the Chernobyl area. It was built in the 70’s as an early missile detection system (over-the-horizon radar system). It was also called the Steel Yard hence its distinctive appearance. 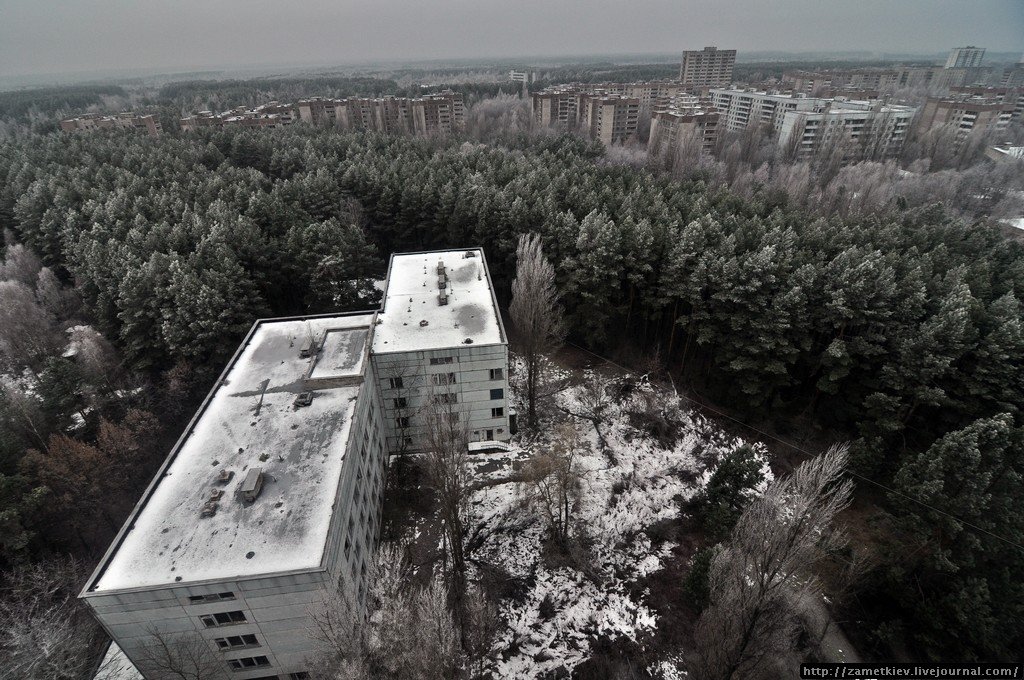 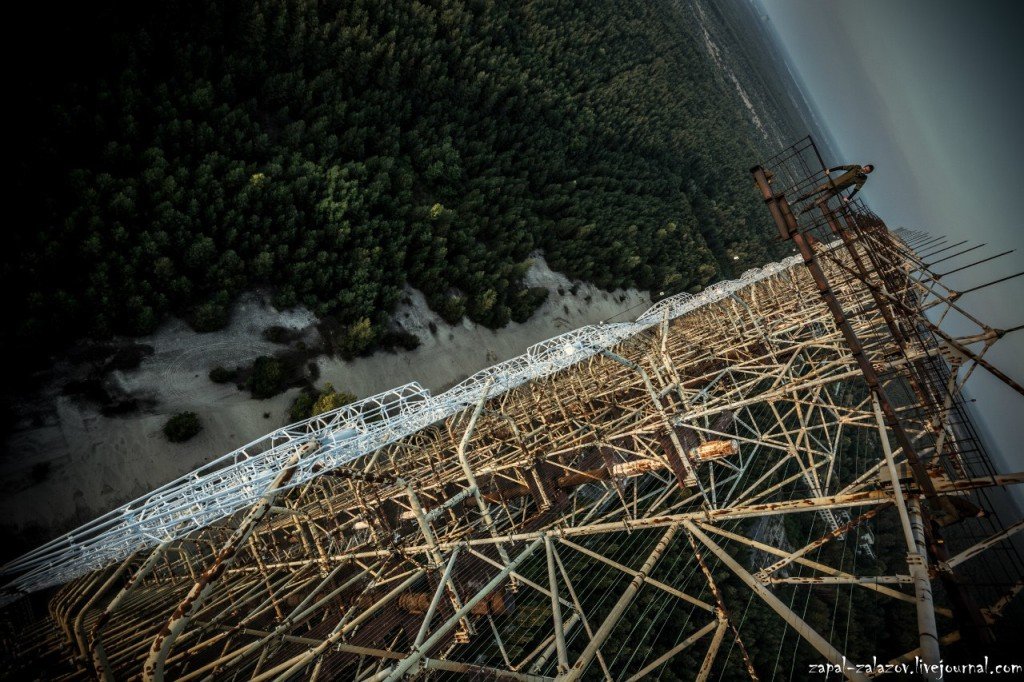 2. Abandoned Institute of Ionosphere Radar Station. Kharkov HF radar system is the only one in the middle latitudes of Europe. Worldwide, there are 11 such radars, 5 of which belong to the United States.

Diameter of main antenna is 100 meters. 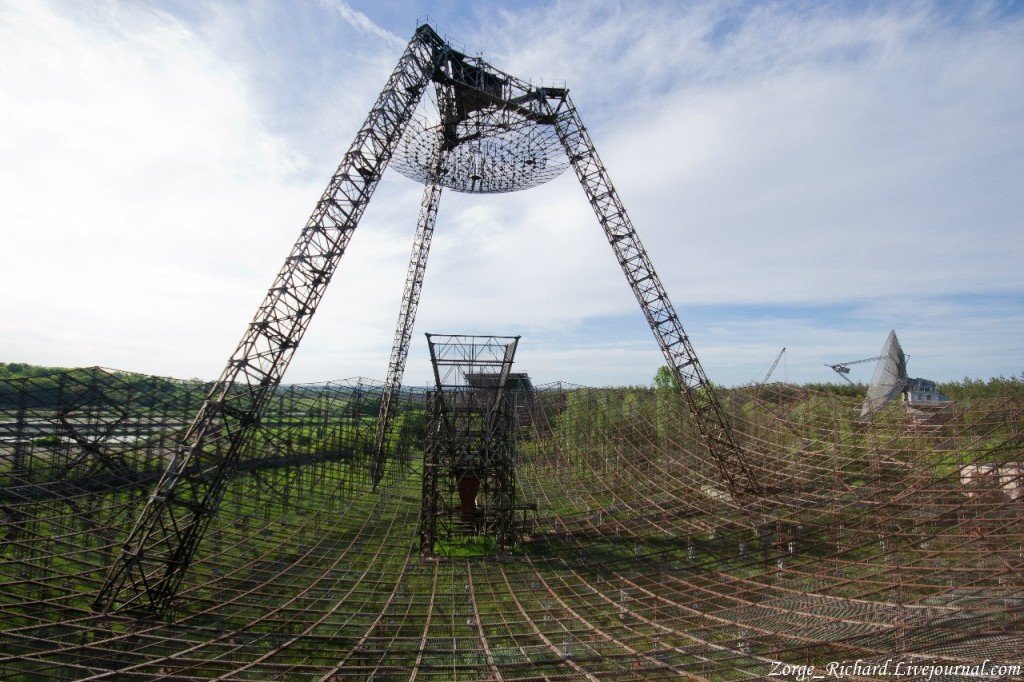 3. The World’s Largest Labyrinth: The Odessa Catacombs. Stretching to an estimated total length of 2,500km, the Odessa Catacombs are perhaps the largest network of tunnels anywhere in the world. They’re significantly longer – and more complex – than the famous catacombs found beneath Rome (300km) and Paris (500km)… in fact, if these Ukrainian tunnels were stretched out to full length, they’d reach further than the distance between Odessa and Paris.

4. Abandoned technic cemetery. During the Cold War in Ukraine based large group of Soviet troops. After collapse of the Soviet Union so many military machinery was not necessary to use and it is based in special places. The biggest abandoned technic cemeteries in Ukraine is:
– Abandoned flight training center near Zaporozhye.
– Tank Cemetery in Kiev and Kharkiv.
– Chernobyl military machines graveyard. 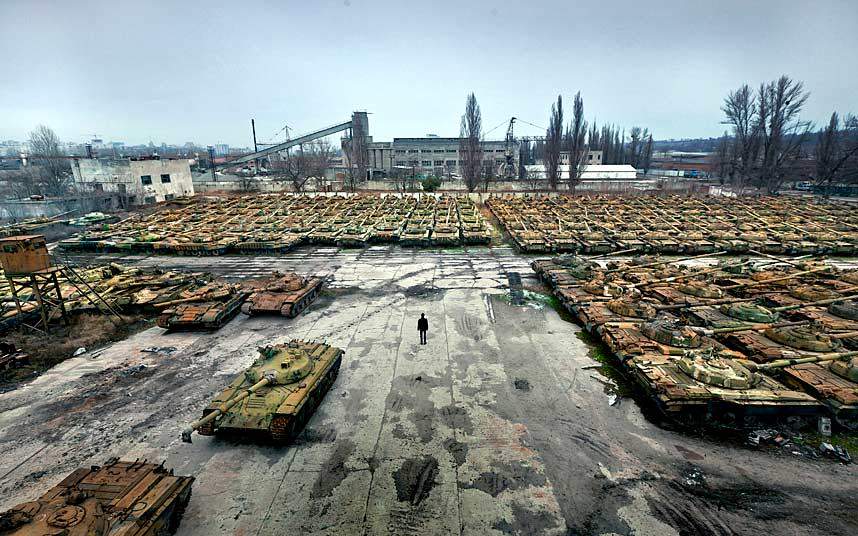 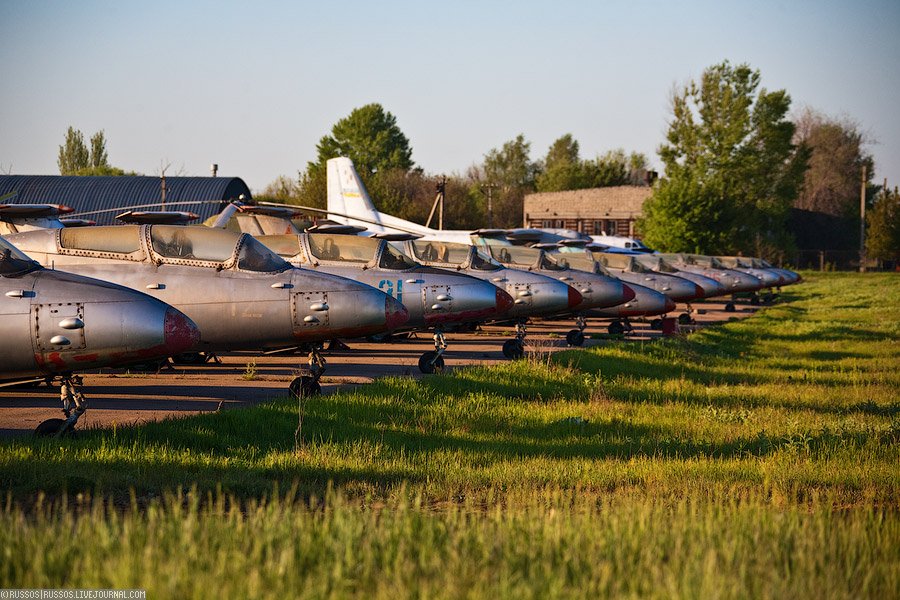 5. Abandoned unfinisted bunker in Kiev. This is a huge unfinished bunker that waterlogged ground water. Metropoliten workers are not visited this plase over the years. 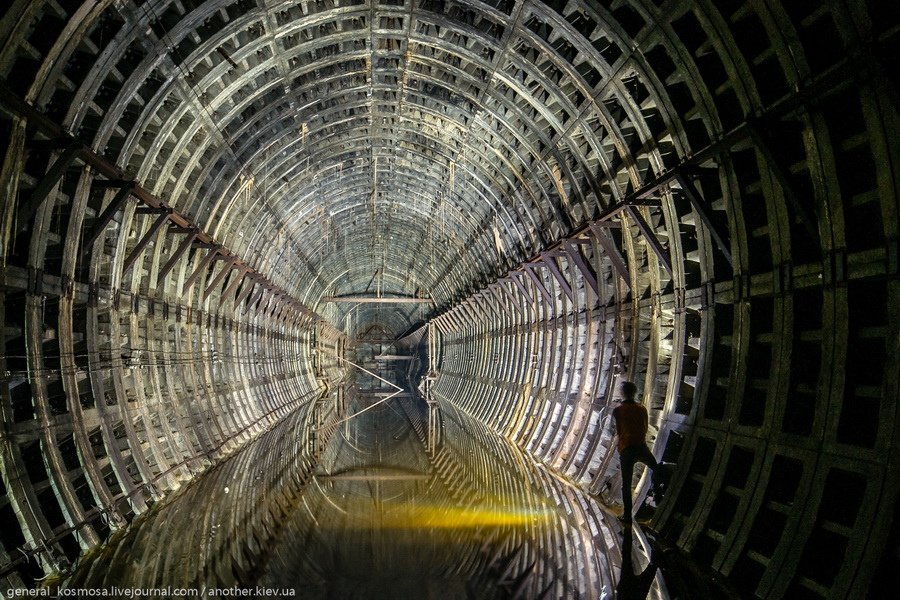 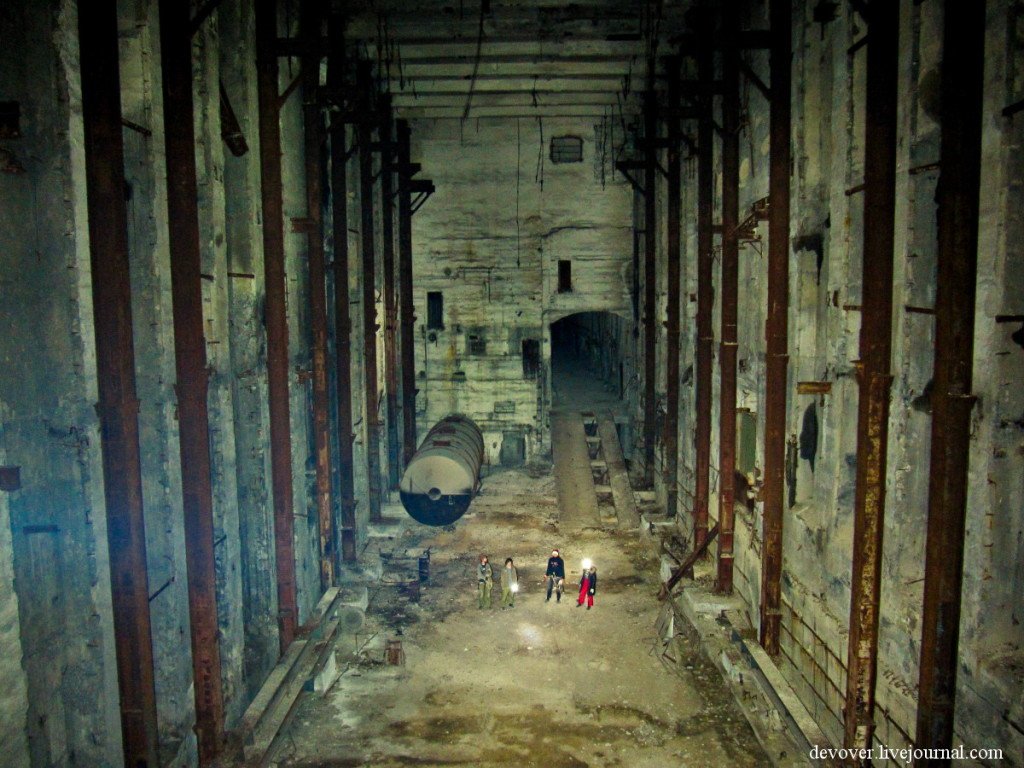 7. Gypsum mines in eastern Ukraine. Mine is not abandoned people every day working here. 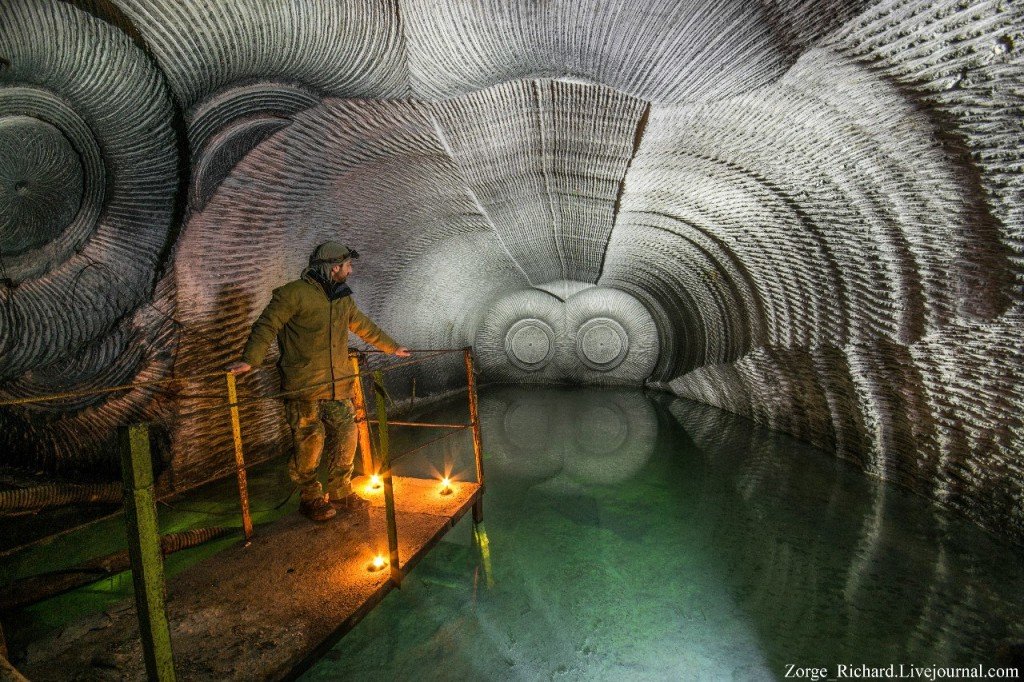 8.  Abandoned opencast brown coal mine Morozovskiy is located near the city of Oleksandriya (Kirovograd oblast). The enterprise is under liquidation, coal mining is not carried out for 5 years, despite the fact that the brown coal reserves are sufficient for at least another 20 years of active mining. The mine is flooded by groundwater. Several machines were built before the Second World War. 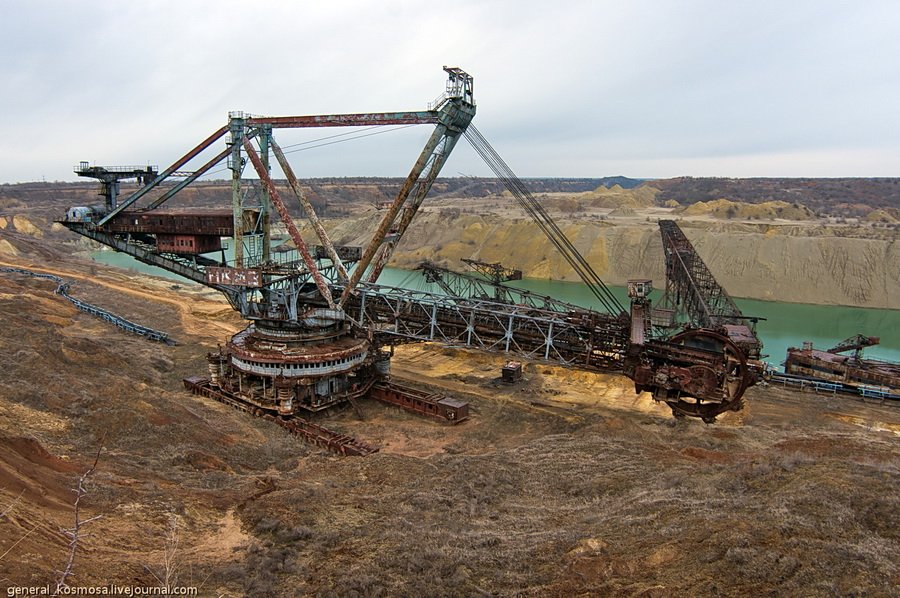 We can help you to visit some urbex spots in Ukraine, or show to you Kiev underground and rooftops, jst write to info@urbextour.com or follow us on Facebook

(С) Copying of content is prohibited without a direct reference to the source www.urbextour.com