Located in the midst of a sprawling wooded estate, the Sammezzano Castle occupies the same spot as a royal palazzo first established in 1605 by a Spanish nobleman of the name Ximenes of Aragon. Though long lasting, the original was deemed unfit by Marquis Ferdinando Ximenes Panciatichi, who in 1853 undertook a complete rebuild of the site.

This historically overlooked marquis retreated from Florence’s increasingly toxic political climate, and decided to hire artisans and construct his ideal retreat in the form of what is now known as Sammezzano Castle. It was built entirely on-site over the course of 40 years.

Meandering through the castle, it’s clear just how far the marquis went to ensure his architecture allowed visitors to feel utterly transported from their current circumstances. Embedded in the walls is the motto Non plus ultra, “nothing farther beyond,” in reference to the uniqueness and originality of his creation. Though no two rooms are alike, among the most jawdropping are the Room of the Lilies, the Room of the Lovers, the Room of the Stalactites, the Room of the Mirrors, and the Room of the Peacocks. 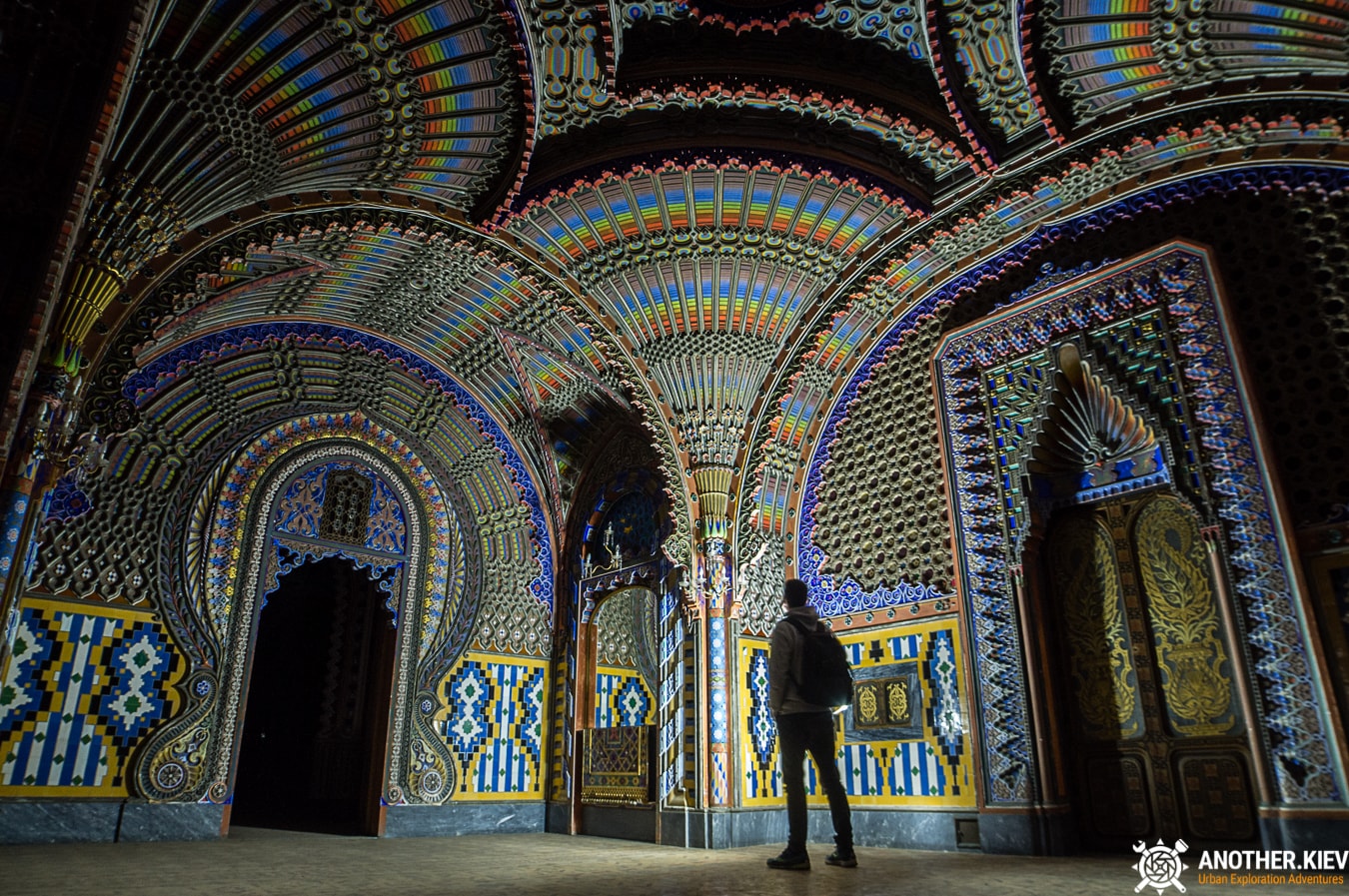 After the marquis’ death, Sammezzano was converted into a luxury hotel. The castle’s commercial turn thrived in the post-World War II era, but as revenues dwindled, the hotel was shuttered and subsequently abandoned in the 1990s.

Want to get fresh and unforgettable emotions? Than we are waiting you at Urbex Tours in Kyiv!

Less than 40 kilometres south of Central Florence, located in Leccio in the municipality of Reggello, lies the amazing dreamy castle of Sammezzano. Surrounded by an oak tree grove and situated on the top of a hill, the abandoned Sammezzano Castle is an extravagant residence beyond comparison.

We went out into the moonlit glade. A herd of wild pigs escaped into the thicket hearing our steps. We stood open-mouthed looking at the majestic abandoned castle, the most beautiful urbex object that I have ever visited in my life. 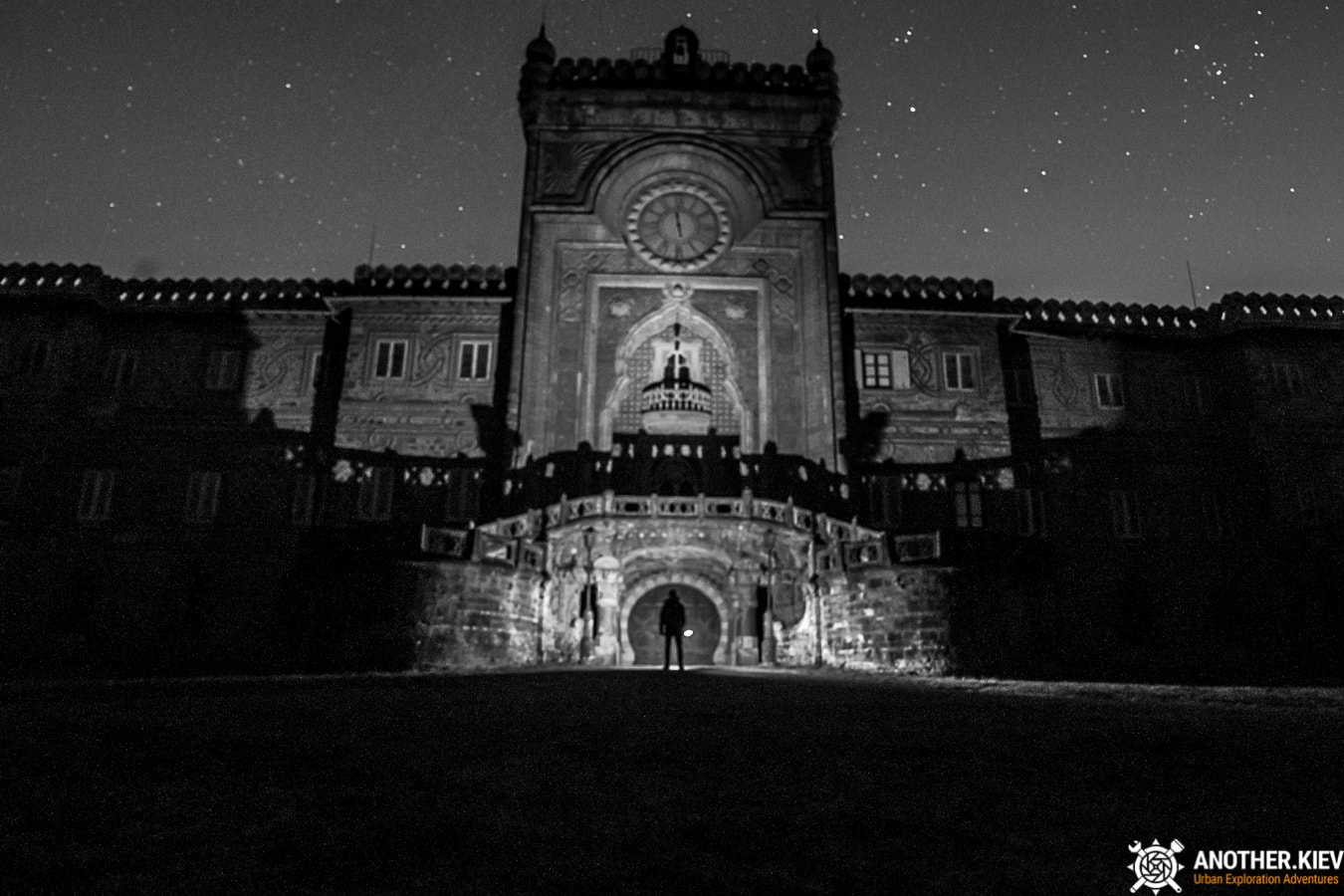 At the moment castle is standing closed and waiting for restoration and almost impossible to come inside with official group. Became at night we found hole and sneaked inside. It’s difficult to explain how deep you can touch art inside abandoned castle, walking throw endless rooms covered by dust of ages. 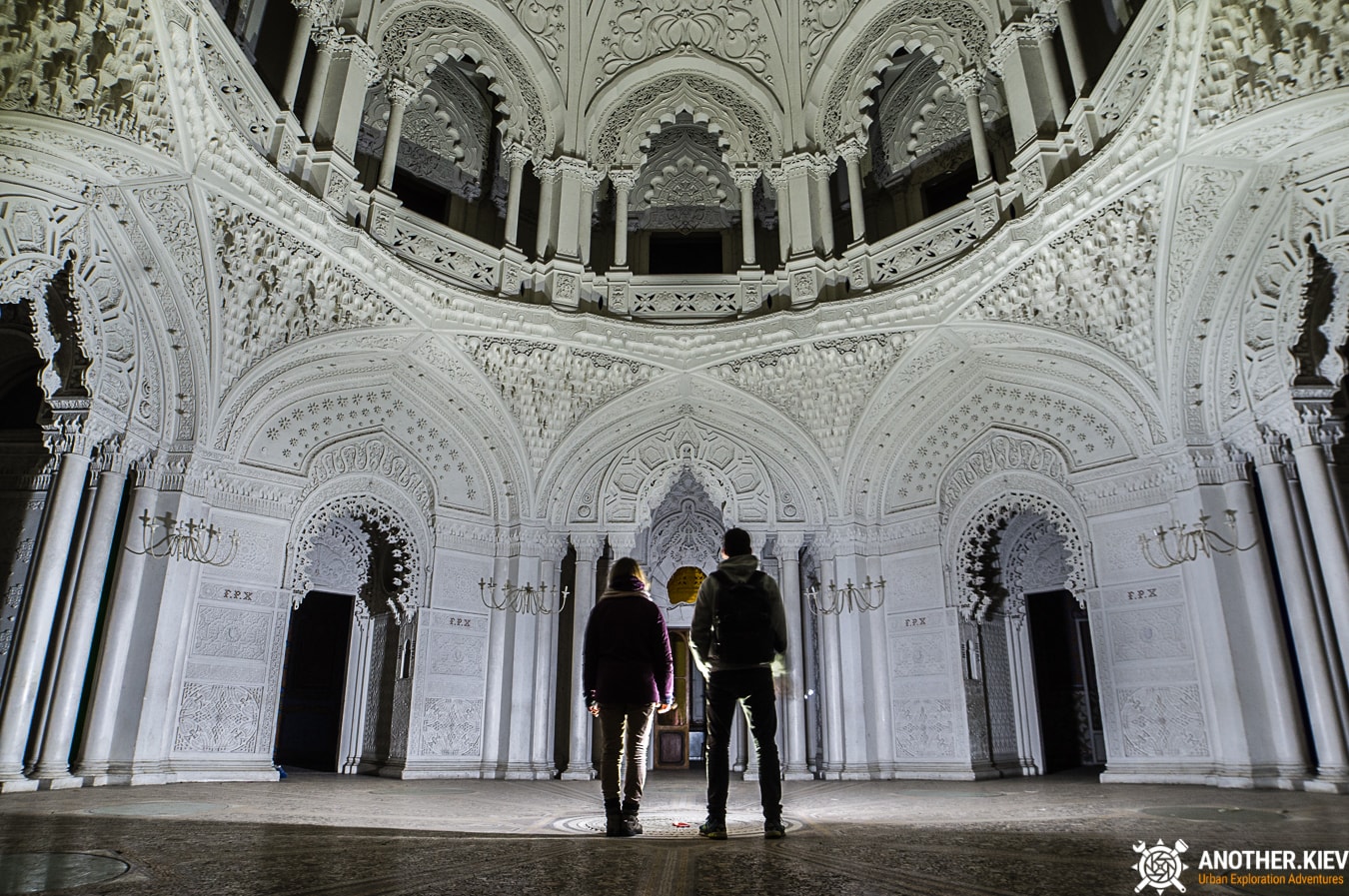 There were a lot of furniture preserved since ancient times. 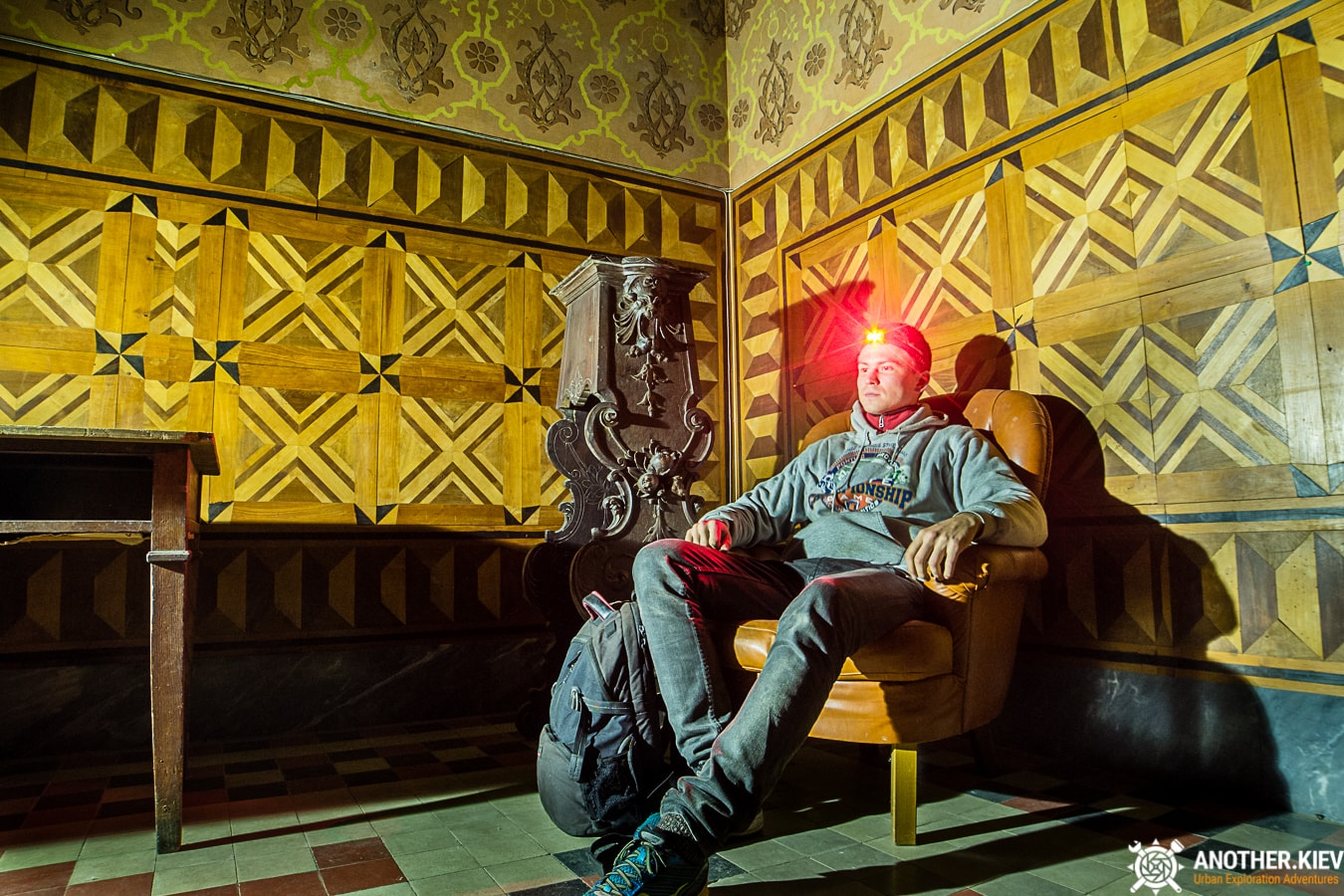 In these spaces there are hidden niches, corners, windows, columns, labyrinthine paths, capitals, arches, vaults and domes. Above an archway stand out the words “Non Plus Ultra” (meaning “the highest point or culmination”), which in Greek Mythology was a warning that marked the edge of a flat world for explorers; perhaps communicating the architect’s vision to take visitors literally out of this world with jaw-dropping interiors. 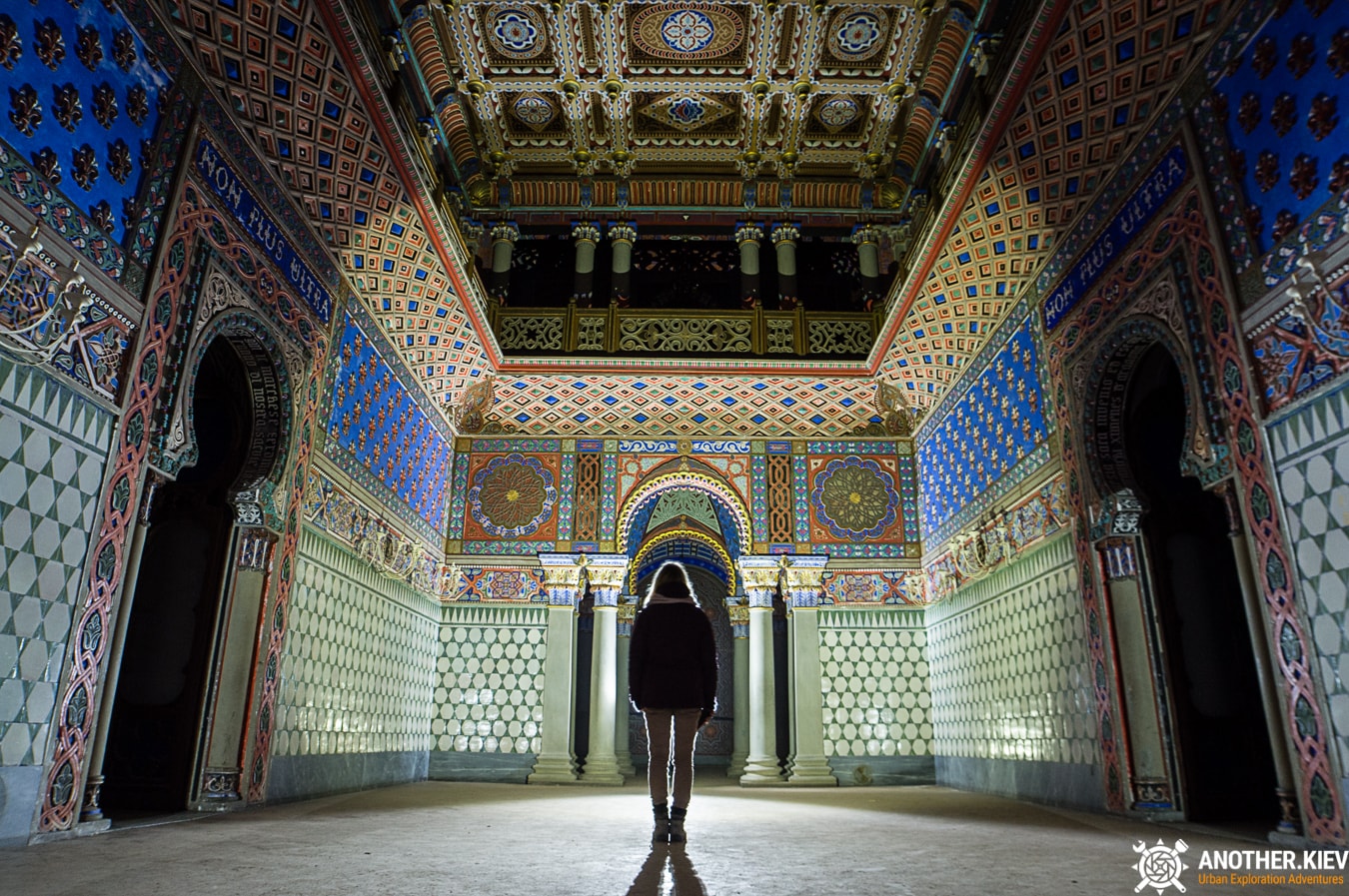 We lost our vigilance by plunging into contemplation of the beautiful and did not notice the alarm sensors. This picture wasn’t finish. We left this beautiful place in a hurry. 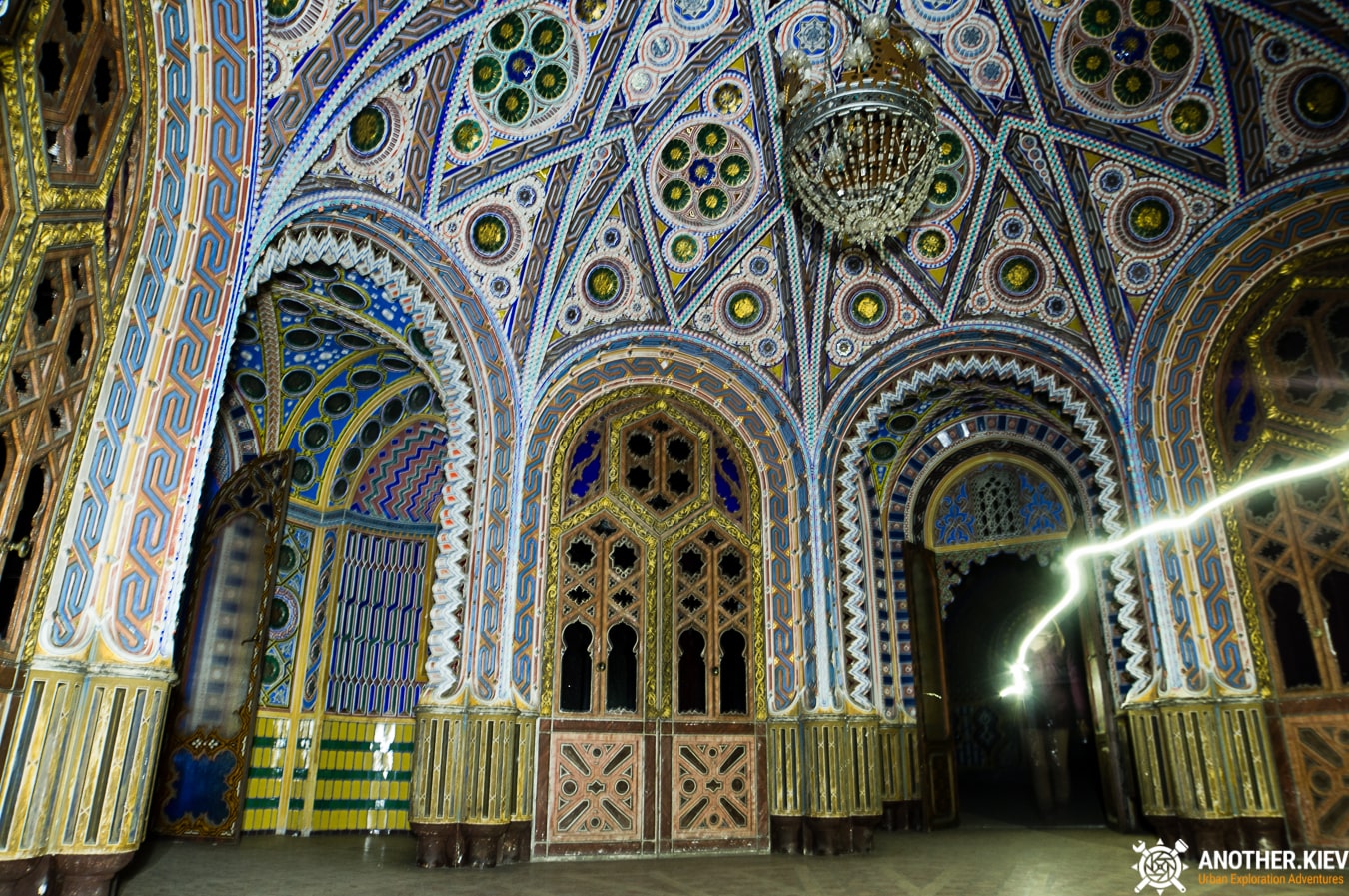