Ionospheric research station (though not completely abandoned) is just as big, full of rust and bizarre “post-apocalyptic” atmosphere.

During the 80s this place had the functioning antenna complex the size of a soccer field, plus the “Ural” super-computer presiding over it all… The Ionospheric Research Station is located near Zmiev, close to Kharkov and is still used from time to time by (no doubt desperate) scientists – the area was declassified recently (it used to be a top secret installation, hm… I wonder why). This marvel of Soviet technology seems to be no match for HAARP Research Station in Alaska, but looks can be deceiving – and in the meantime it serves as a good “stomping ground” for all sorts of explorers of creepy and abandoned places. 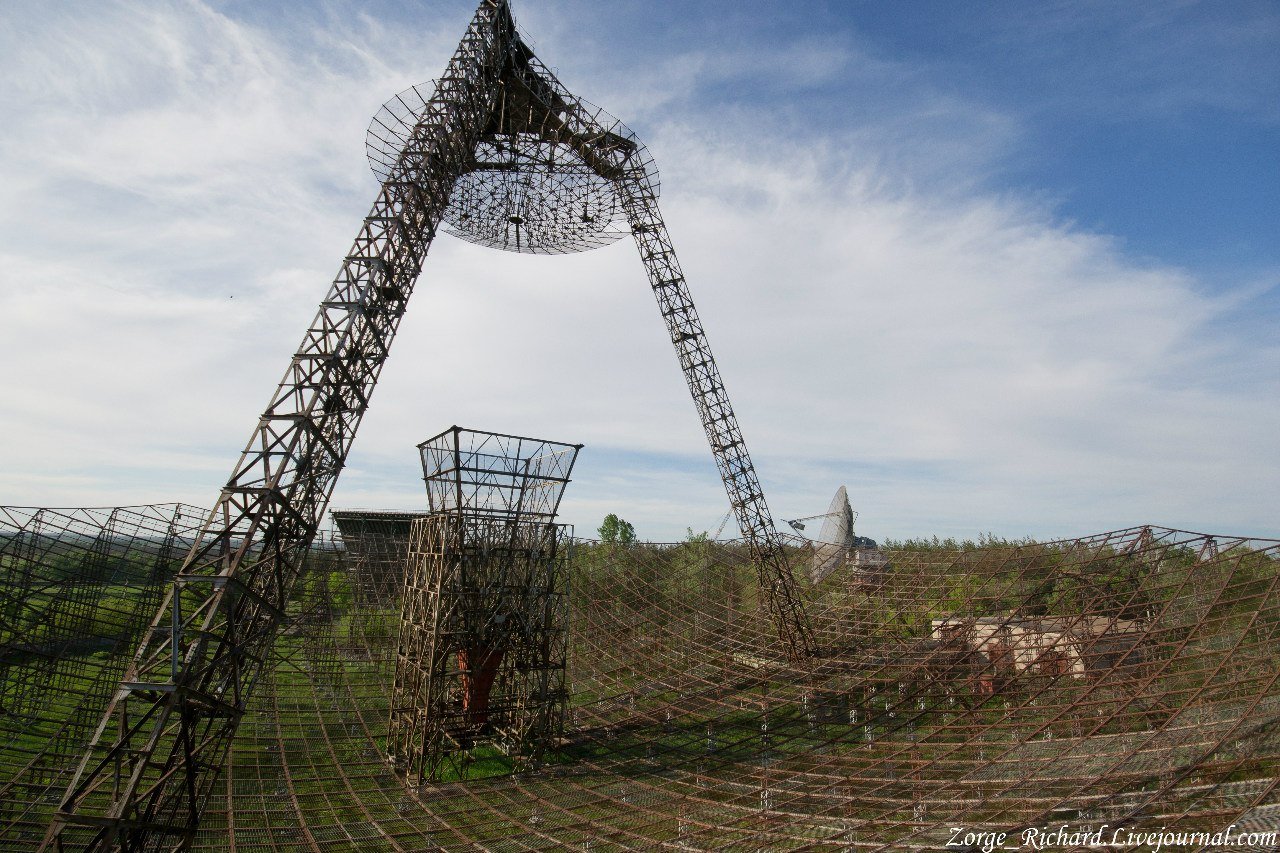 The biggest antenna is capable of producing 25 MW impulse power (compare it to the HAARP station’s 12.5 MW) and is 25 meters in diameter. The IS (incoherent scatter) radar is quite unique (there are only 9 in the world) and covers 100 meter x 100 meter area. 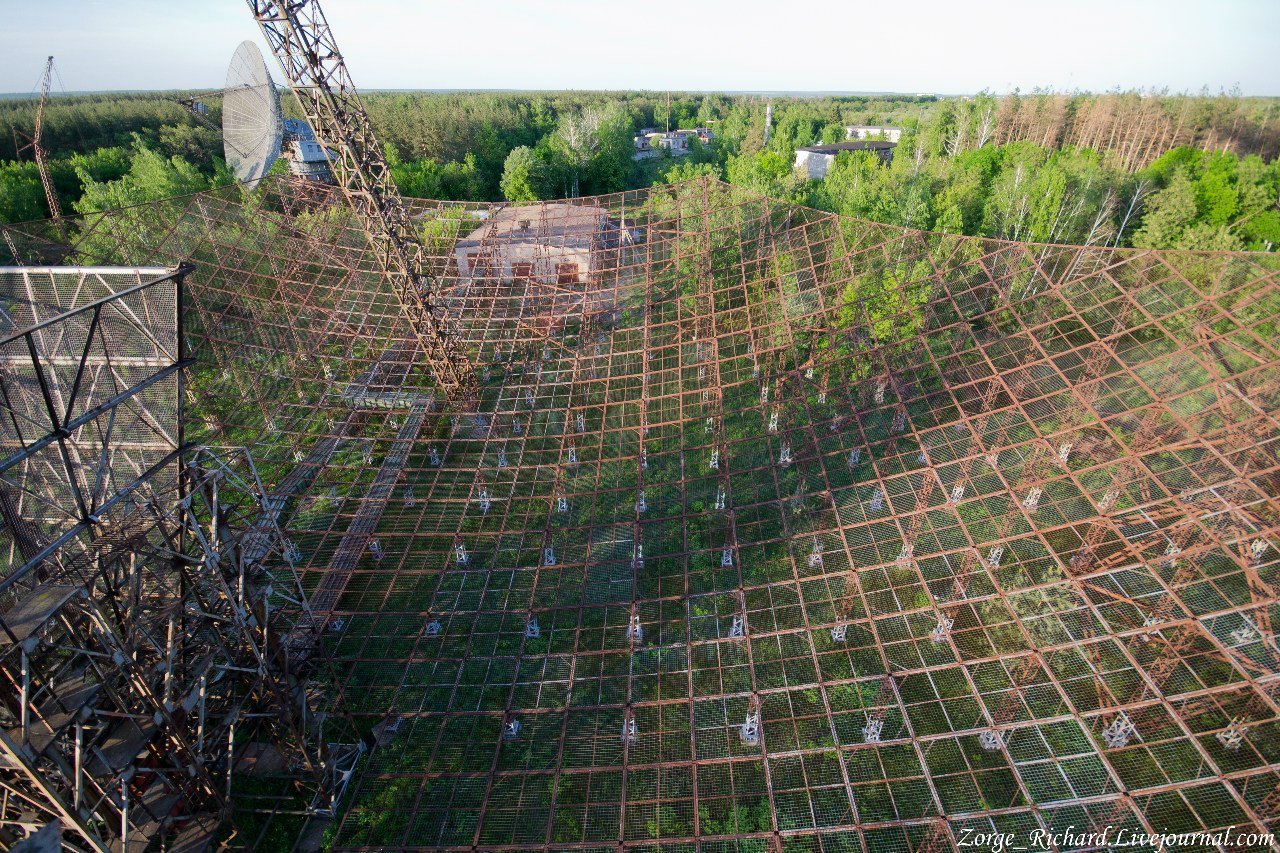 The Institute of the ionosphere is known not only in the territory of the Kharkiv region, but even outside Ukraine. The fact that the radar, which you can see here in the photo are very rare and unique in its kind. Interestingly, there are only 11 in the world!

Join our guided tour through abandoned places in Kyiv!

Where Ionosphere Researching Institute on the map?

Ionosphere researching institute is located near Zmyev town 30 km to south from Kharkiv-city. 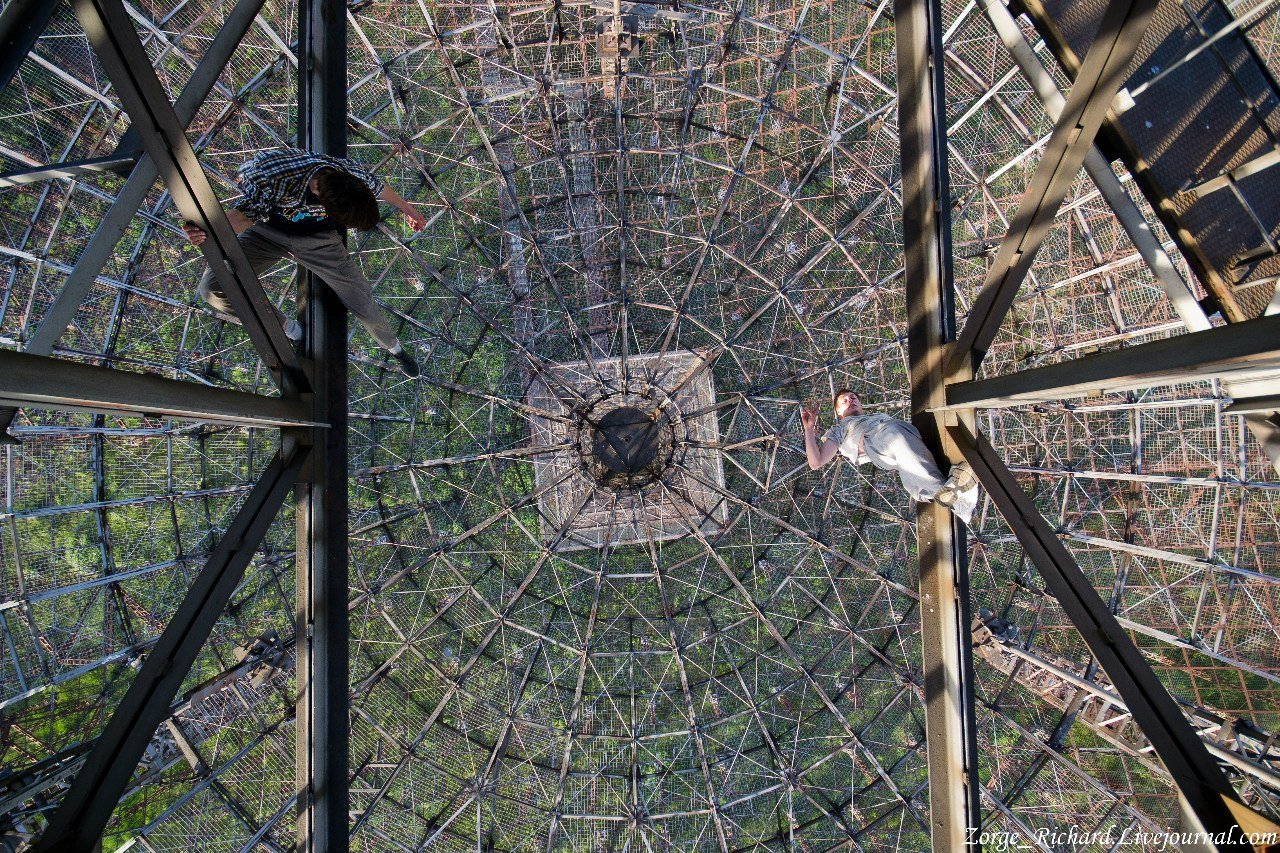 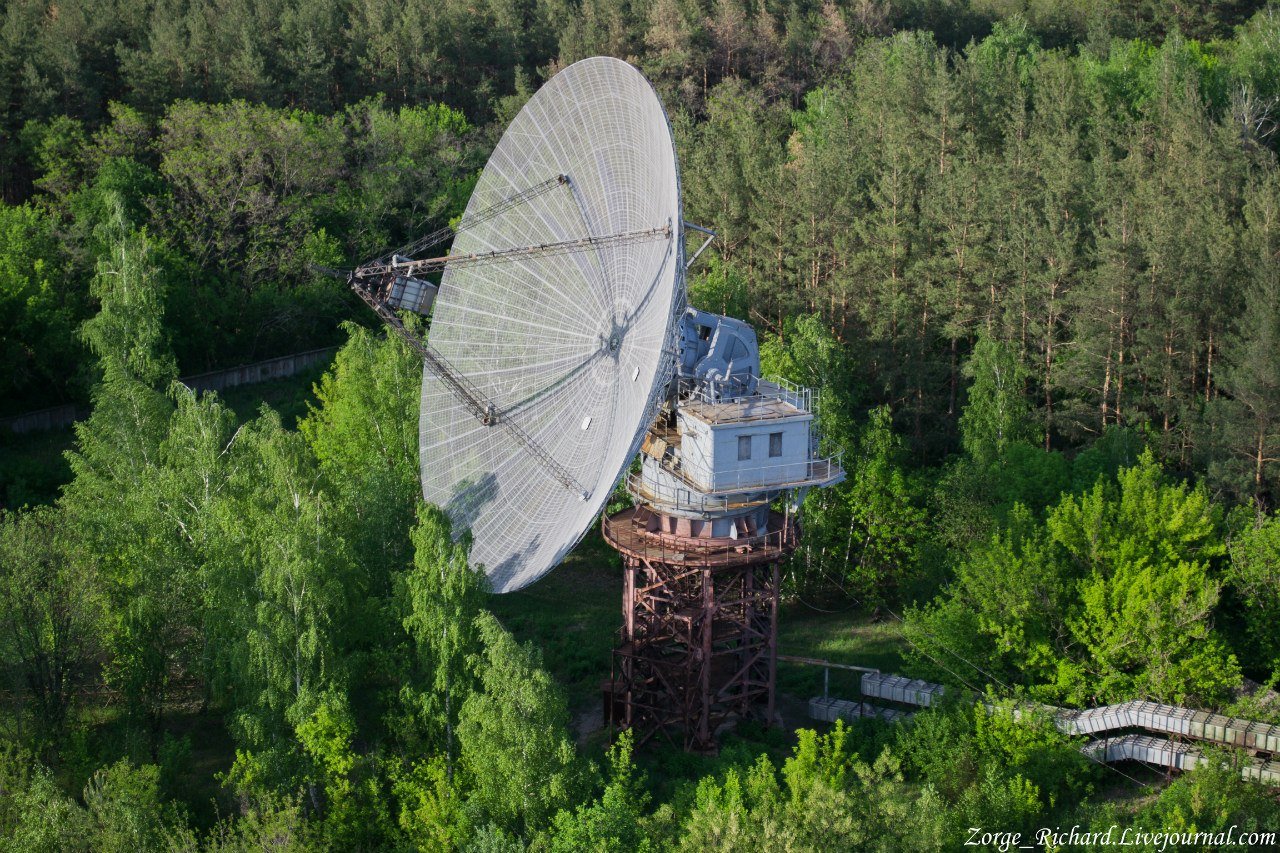 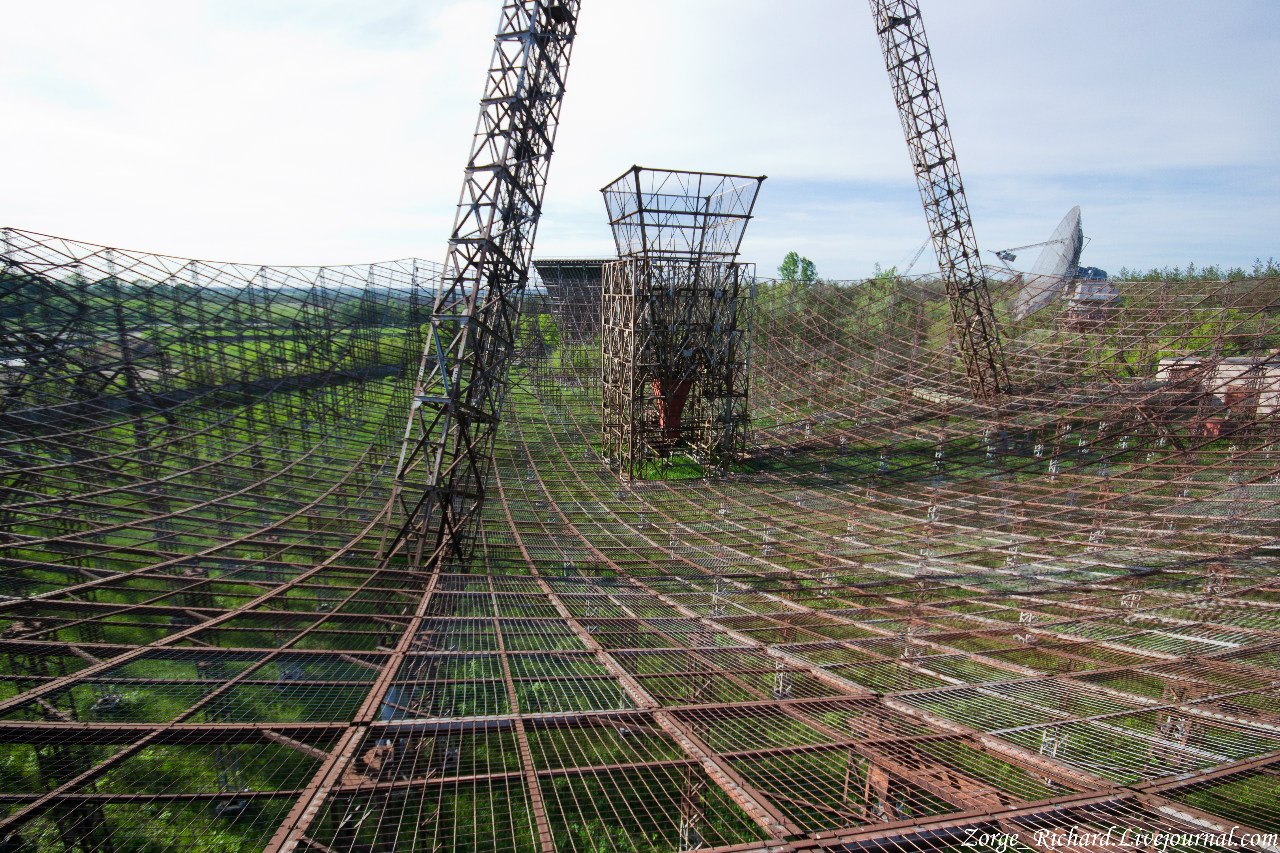 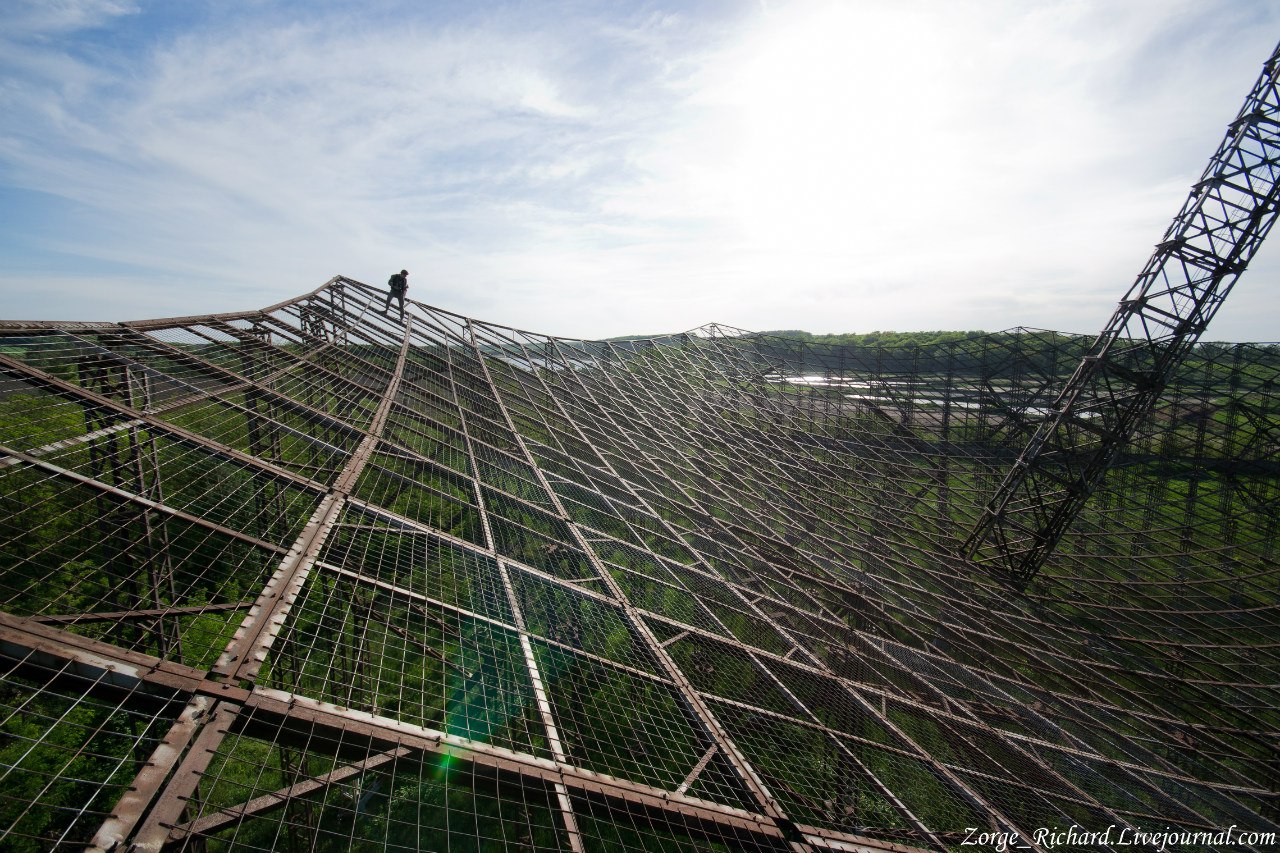 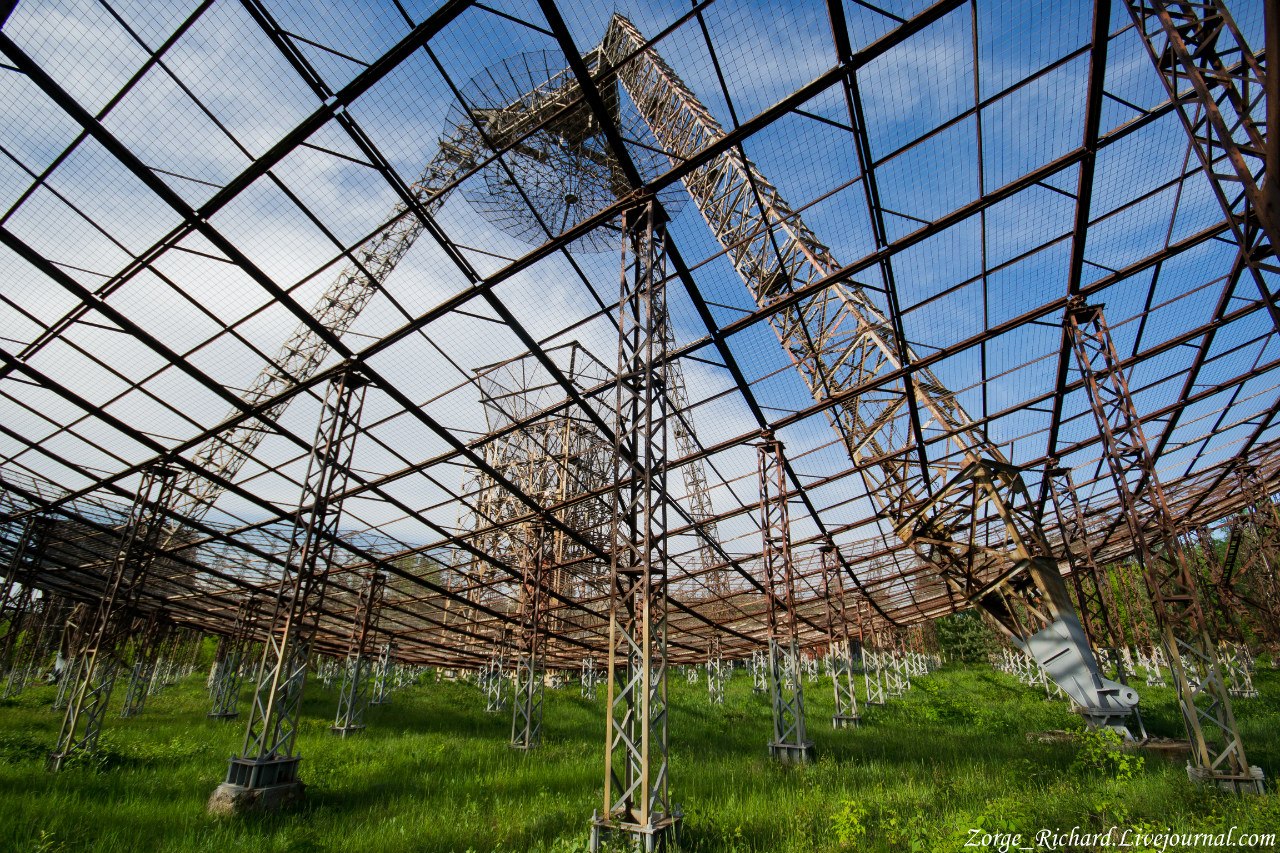 iIf you will decide to visit this soviet iron miracle we can help you, jst contact us via info@urbextour.com

In 1976 amateur shortwave radio enthusiasts began hearing an unusual and highly powerful signal. Ham radio fans all over the world soon had their listening disrupted by an unrelenting tapping sound. When source of the mysterious new transmission was triangulated, it appeared to be coming from somewhere deep behind the Iron Curtain. The peculiar signal was given the nickname “Russian Woodpecker.”

The purpose of the Russian Woodpecker remained a mystery. Conspiracy theoriesranged from Soviet mind control to weather experiments. Then came the collapse of the Soviet Union, which revealed that the Russian Woodpecker was at the forefront of what is known as “over the horizon” radar, designed to provide early warning of an inter continental ballistic missile attack. The Duga-3 (Eastern) radar broadcasting the Woodpecker signal was located in the forests surrounding Chernobyl. 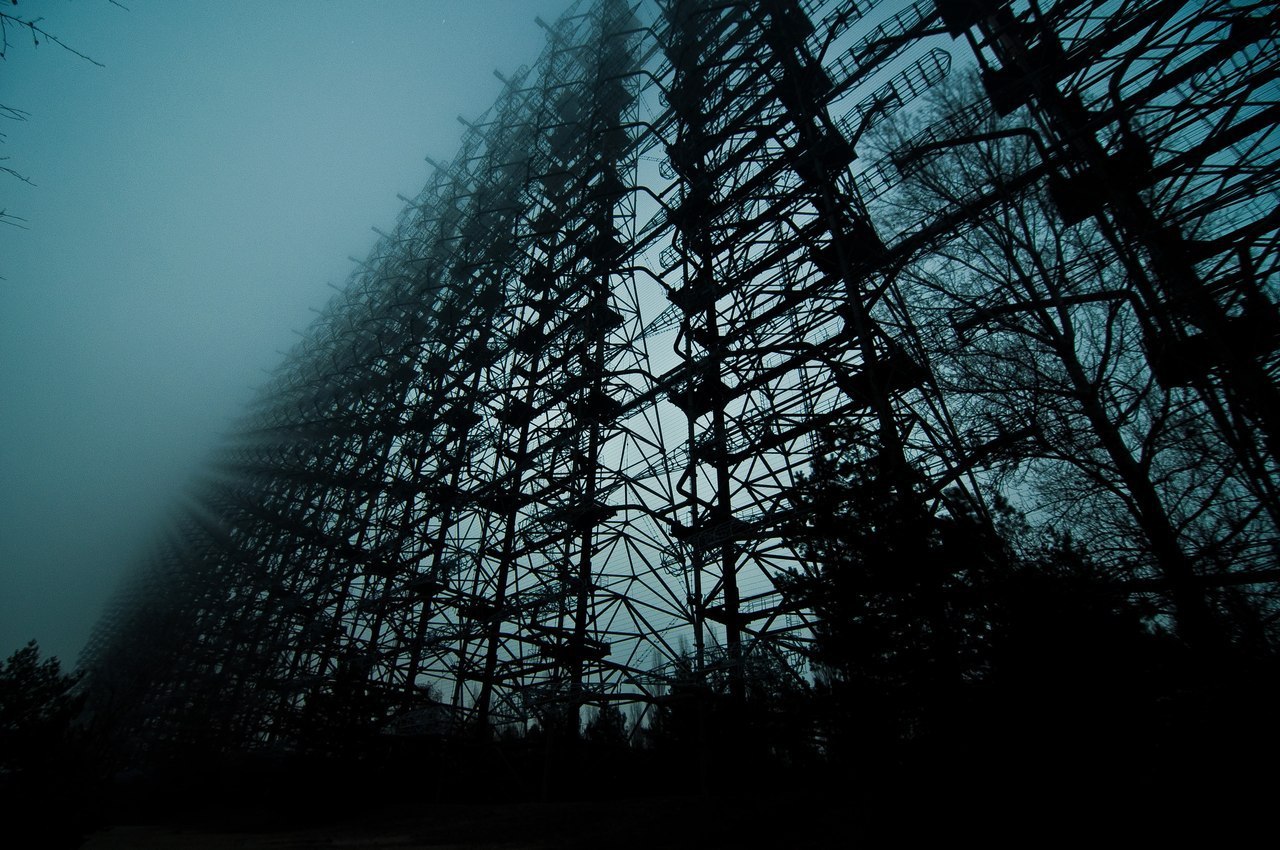 The fateful day of April 26, 1986 suddenly brought the veil down on the radar station. Like the rest of what would become the Exclusion Zone, Duga-3 was eventually evacuated, and left to decay in the forest. By 1989, alert ham radio enthusiasts noticed that the curious tapping signal, the Russian Woodpecker, had suddenly stopped.

Walking today amid the silent pylons, and seeing remnants of the pinnacle of Soviet computer technology lying rusted on the ground, one is struck by the vast amounts of money, expertise and energy spent on designing, constructing and working the radar system. The exact date the Duga project was abandoned is, like most of the Exclusion Zone, somewhat of a mystery, but it seems that the base wasn’t vacated immediately after the fateful explosion. Within a few years, the peculiar Russian Woodpecker, so long vexing to shortwave radio enthusiasts, and cause for concern for Western intelligence, disappeared from the airwaves, never to be heard again.

Where DUGA-3 on the map?

Duga-3 is located near by Chernobyl in the forest.

Now a lot of tourists are visiting this soviet ghost of cold war. Sometimes “stalkers” – young subculture of people who visiting Chernobyl zone illegaly climb on the top Duga-3. By official way it’s not possible to do. 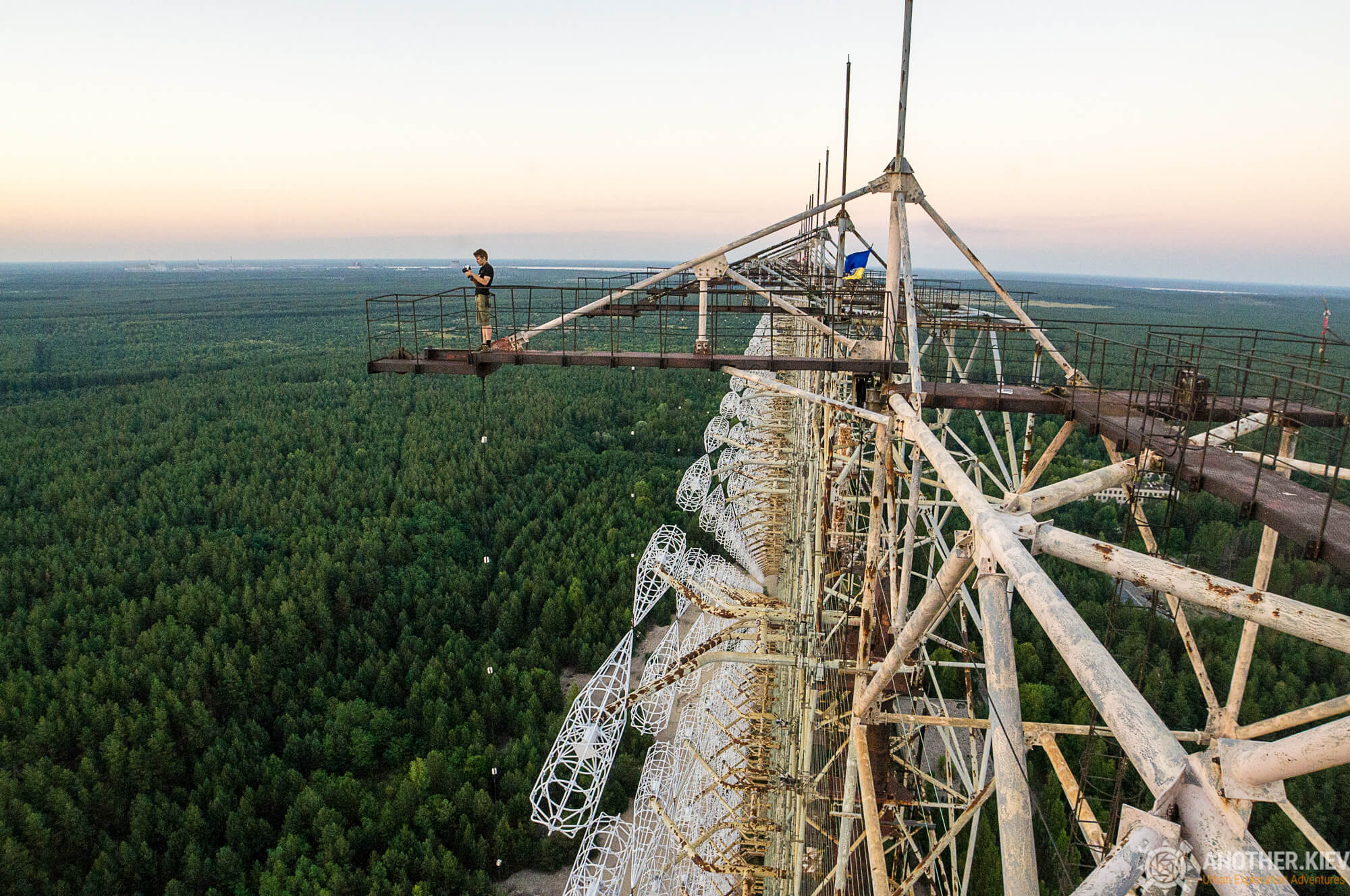 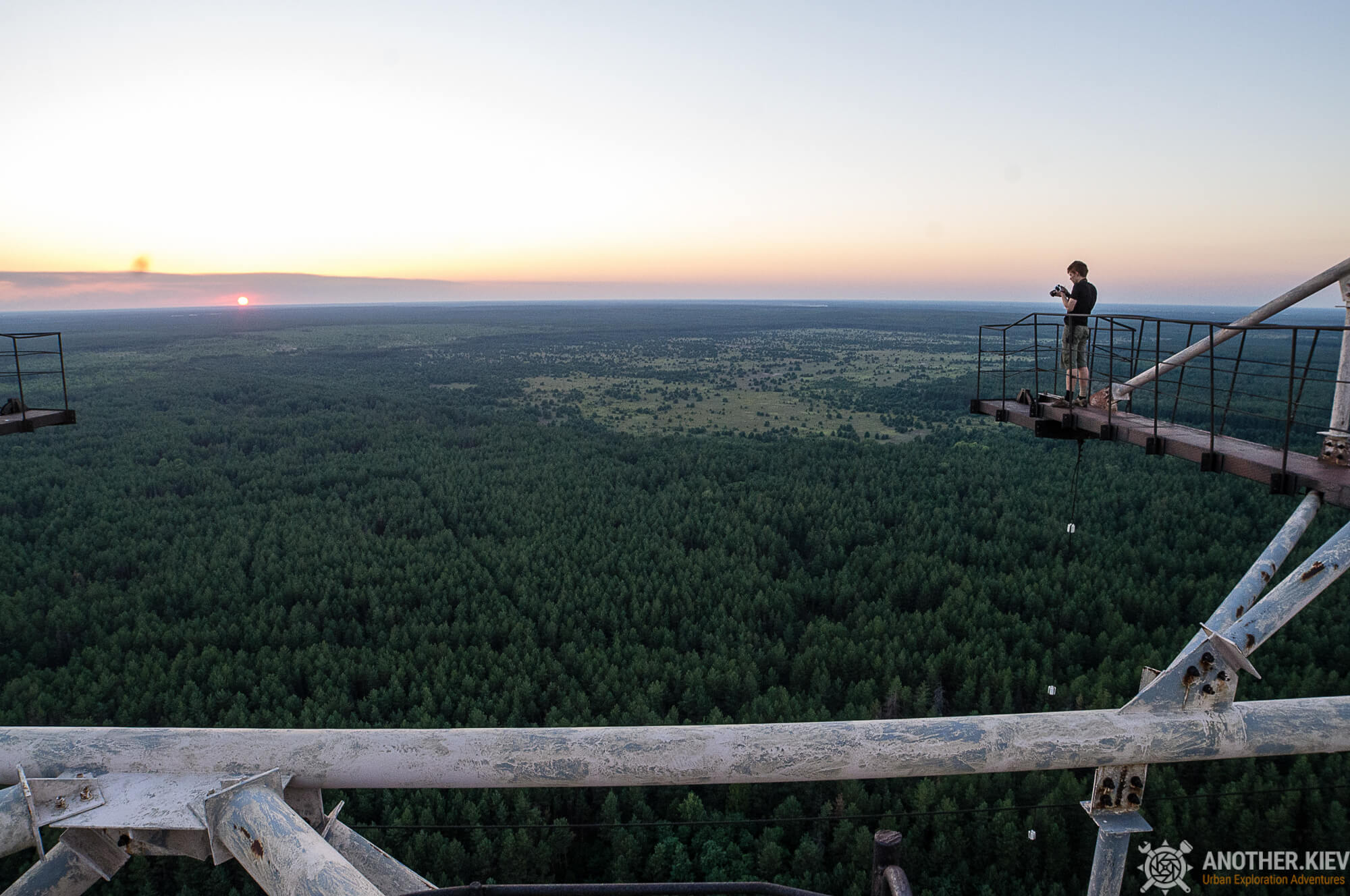 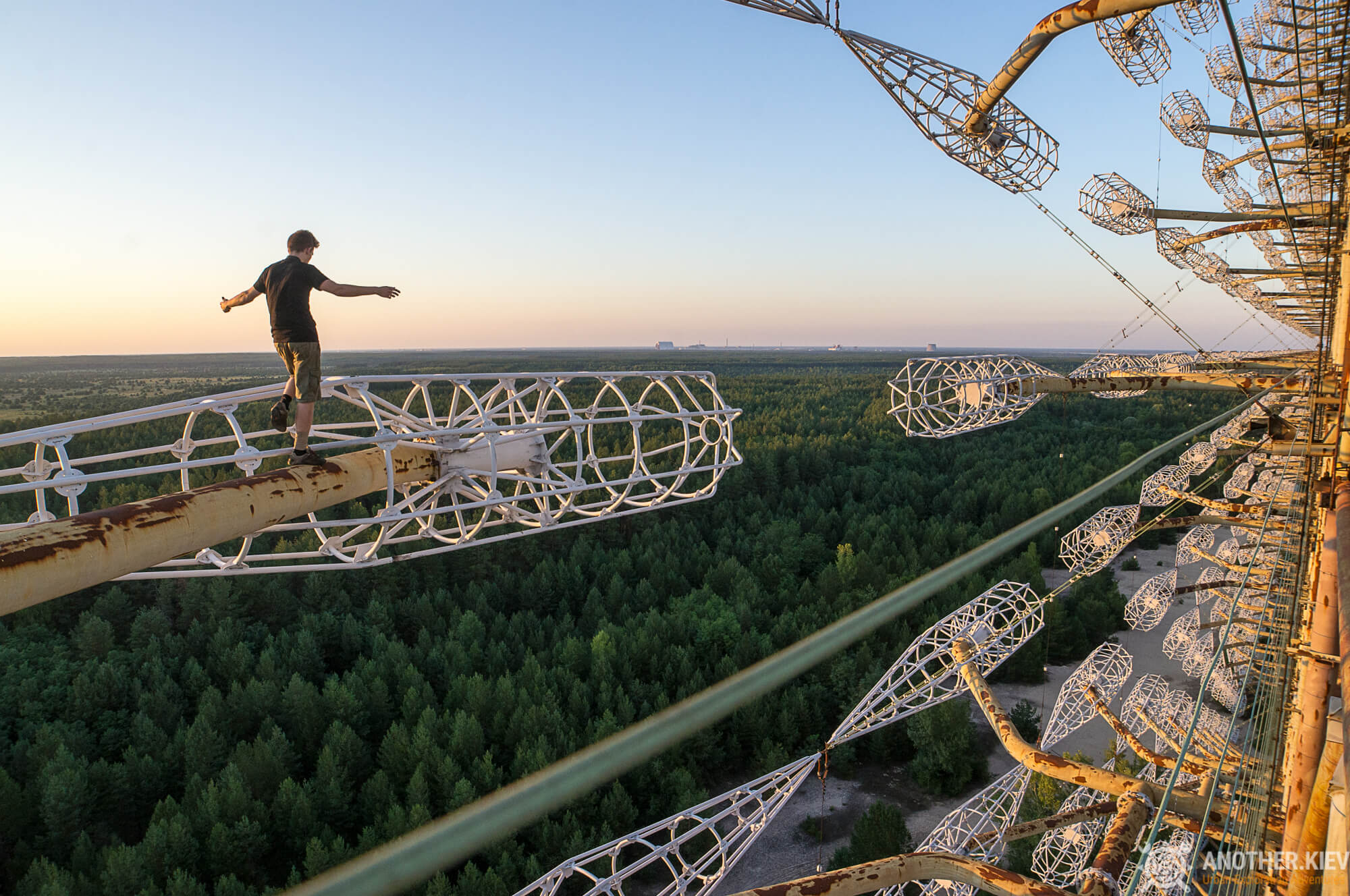 The best time to catch new experience near Duga-3 is windy night. If you sitting under millions of stars, wind is creating a strange sound “playing” in thousands strings the song nothing to compare with. 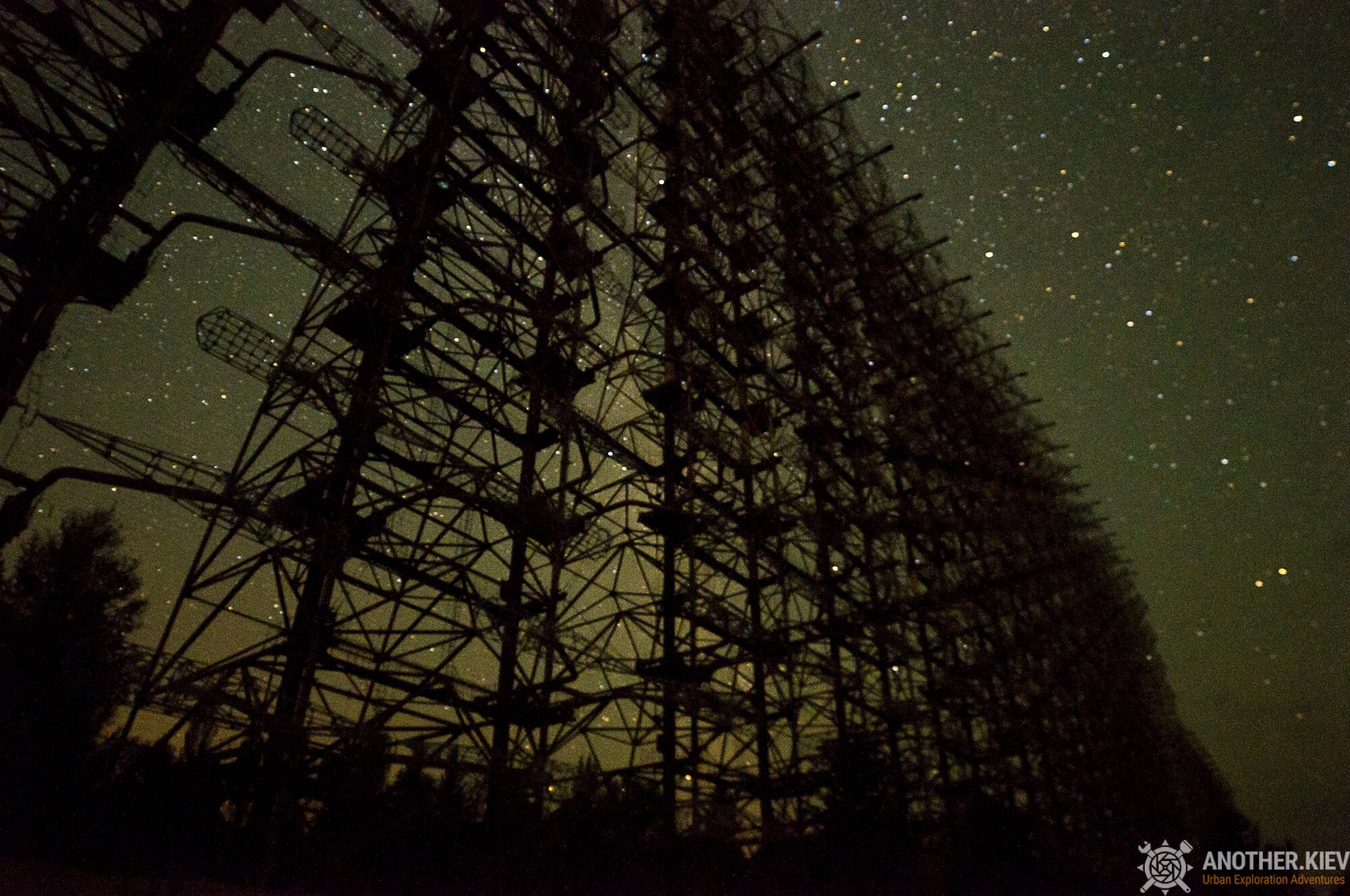 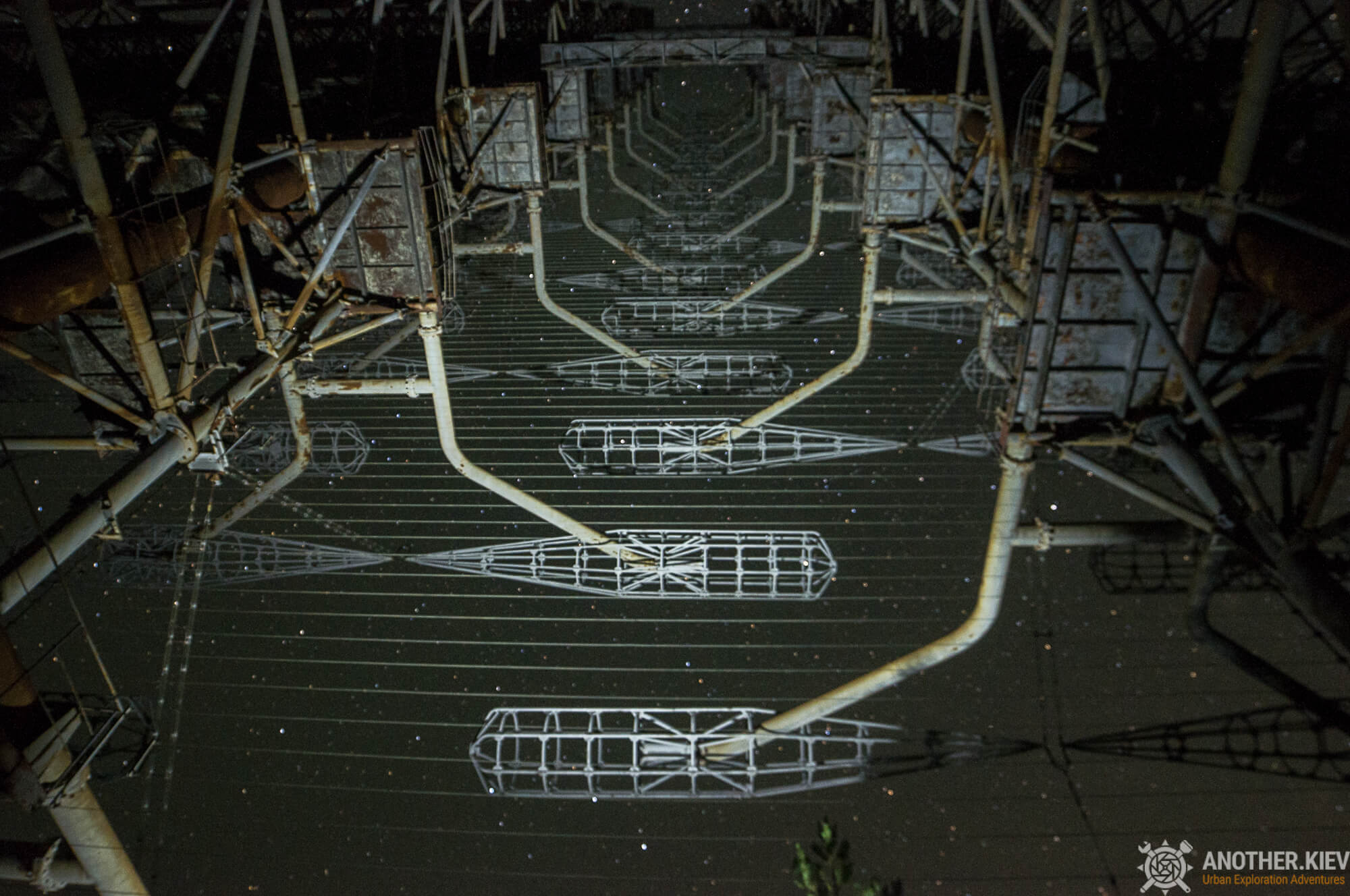