After dissolution of the Soviet Union independent Ukraine don’t need so much industrial objects, even whole cities became abandoned. Another.kiev urbex photo expedition visited two most exiting and impressive abandoned opencast mines in Ukraine they really looks post-apocalyptical. Opposite to Abandoned technics graveyards that we explored in Chernobyl Exclusion Zone this iron gigants not poluted by radiation and they are easy prey for looters. 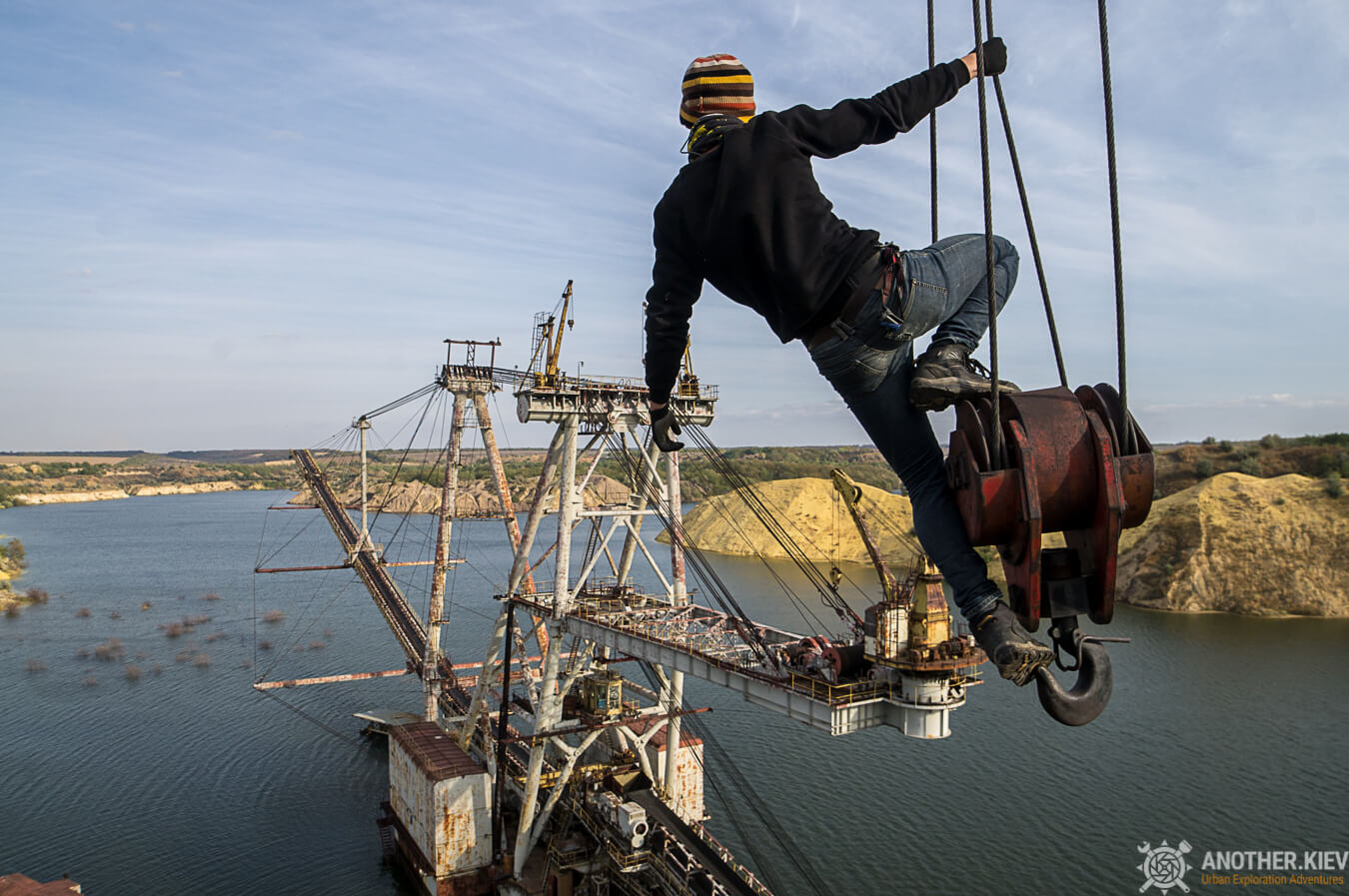 This is flooded open-pit mine with a lot of abandoned mining techniques step-by step goes to the bottom. This incredible Soviet iron dinosaurs valley  situated in central Ukraine, next to Alexandria town.

Experience Urbex in Kyiv for every citizen and guest of the city!

This is the youngest coal mine of the “Alexandriaugol” – put into operation in 1987. In its best days, it produced more than a million tons of coal per year. Since 2010 coal mine has not worked and it has gradually been flooded. Here you can see a canned 16-bucket rotary excavator ERSHRD-5250 with a mass of 4100 tons, a height of more than 30 m with a conveyor flight length of 190 m. Also available for inspection is the German multi-bucket chain excavator TAKRAF ERs 1120. 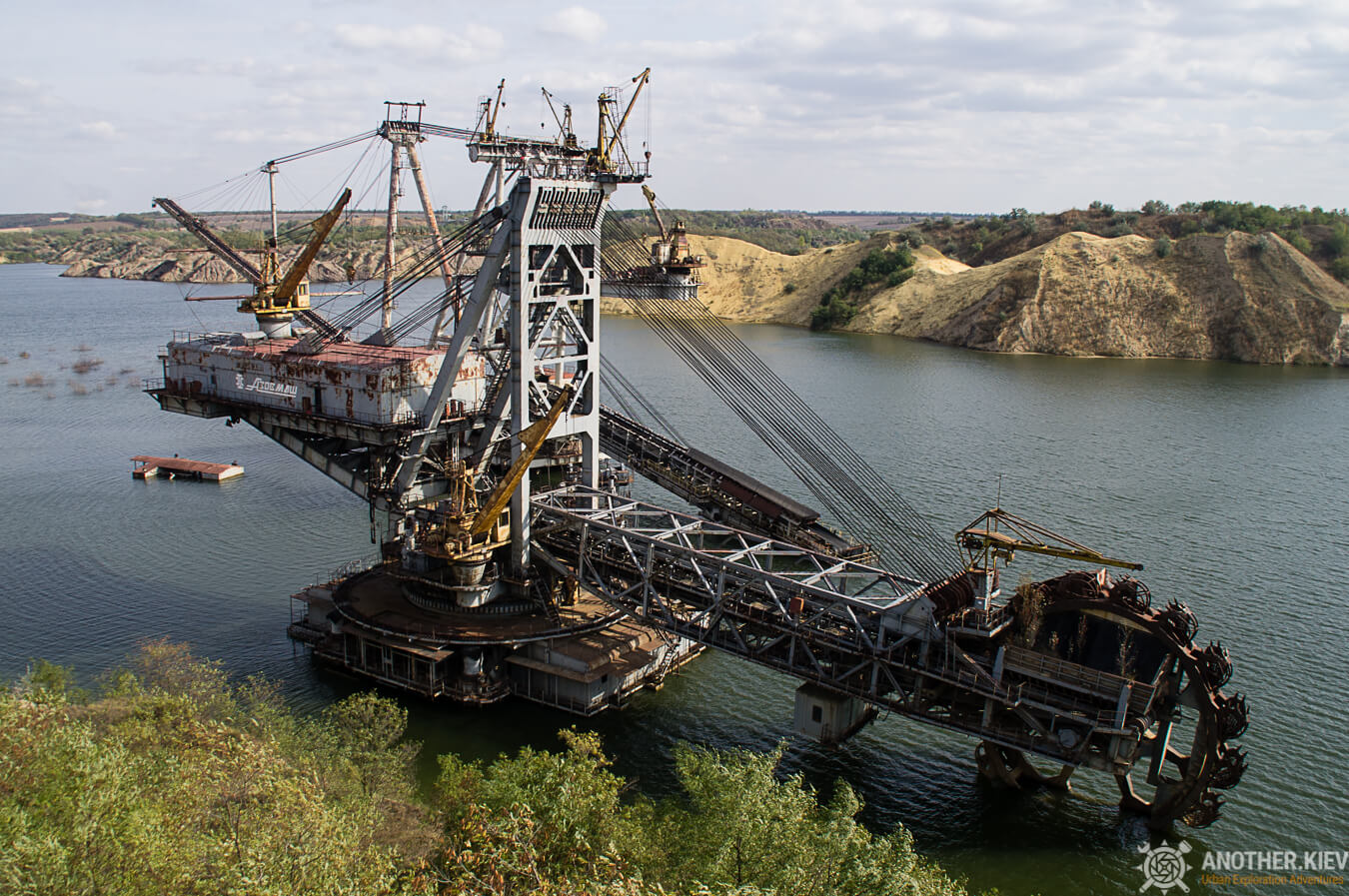 We steal pontoon from a dredger on the beach and sailed to climb on excavator. 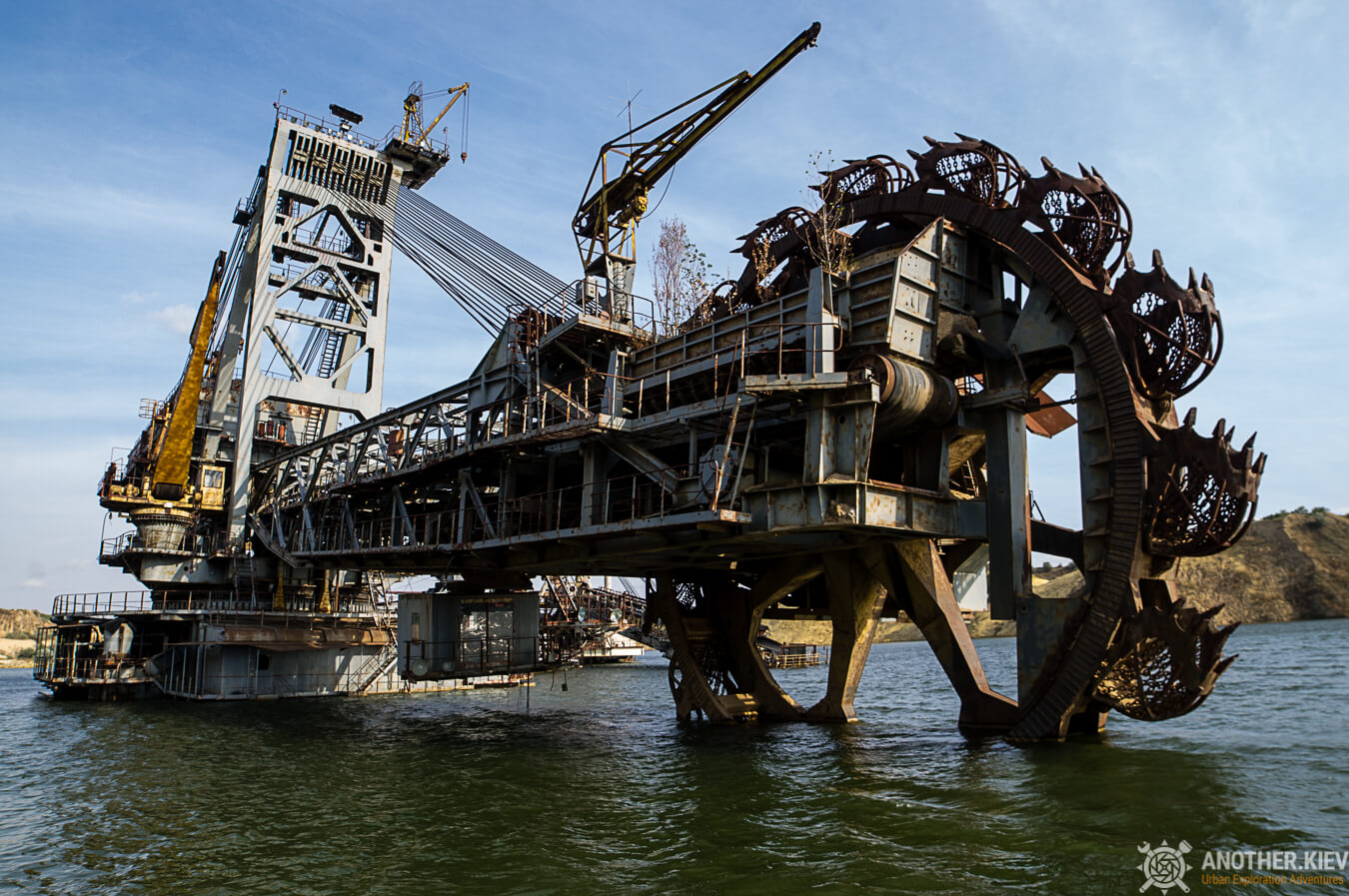 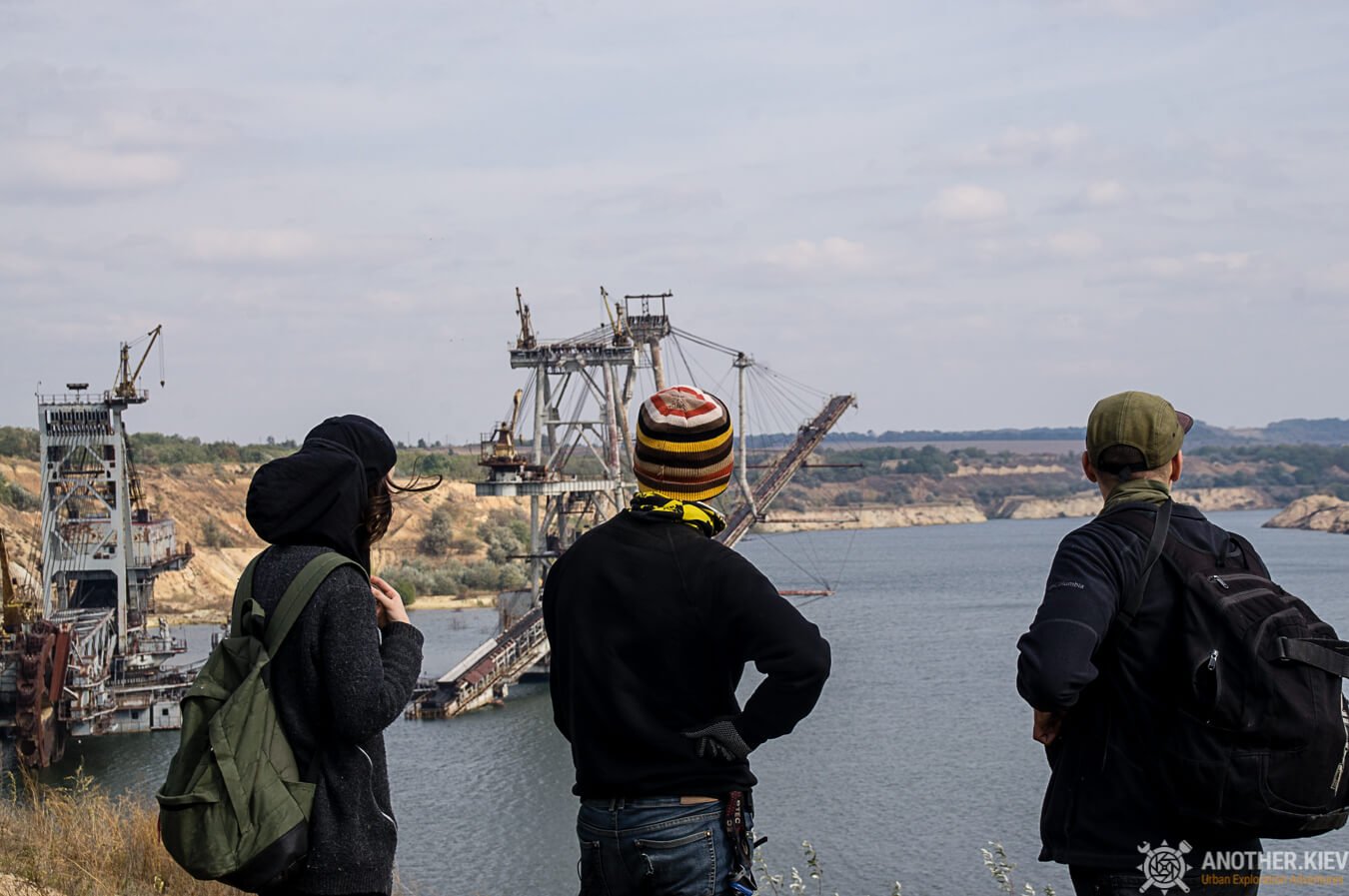 One from our team went to climb ERSHRD-5250. 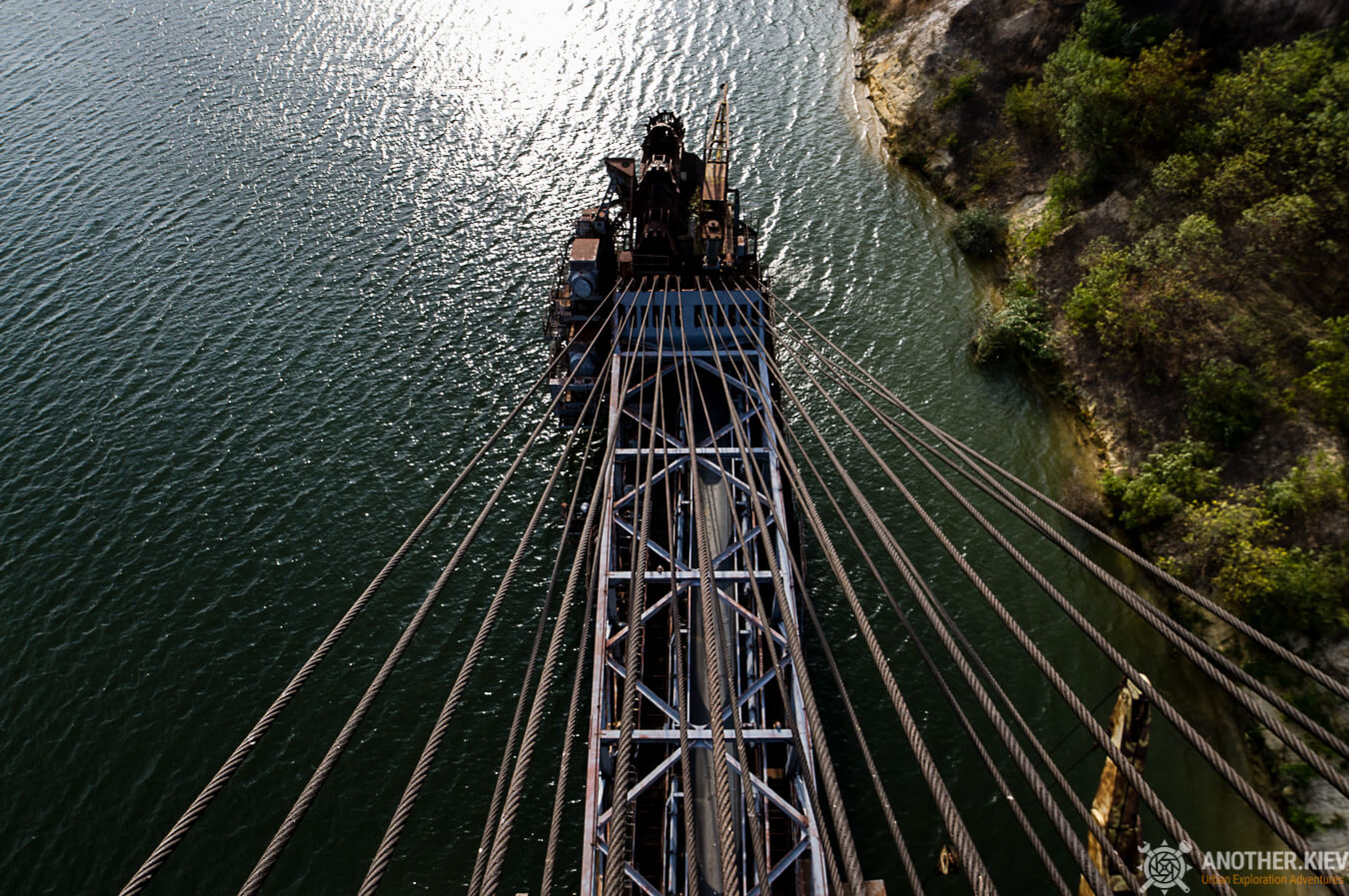 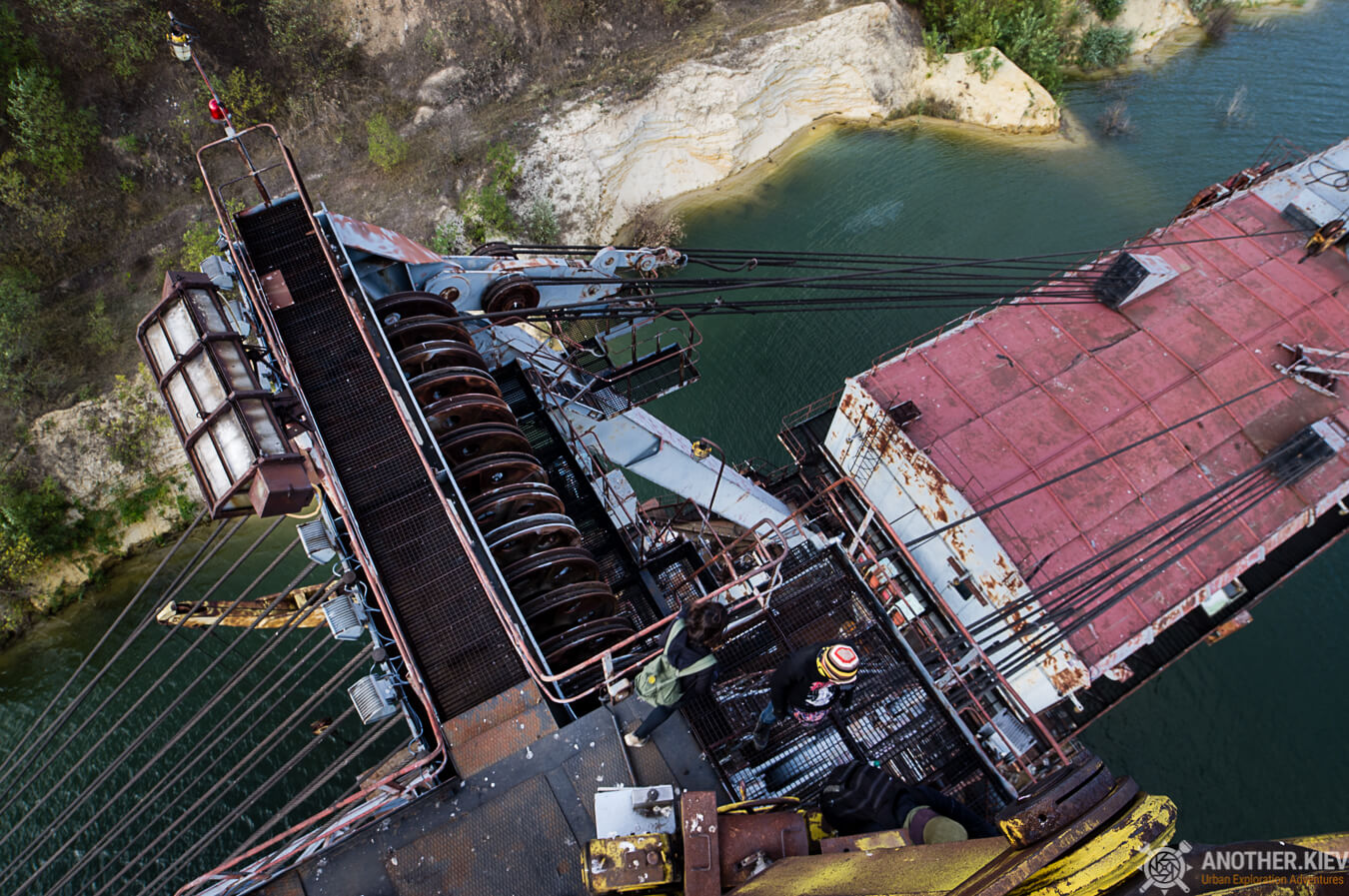 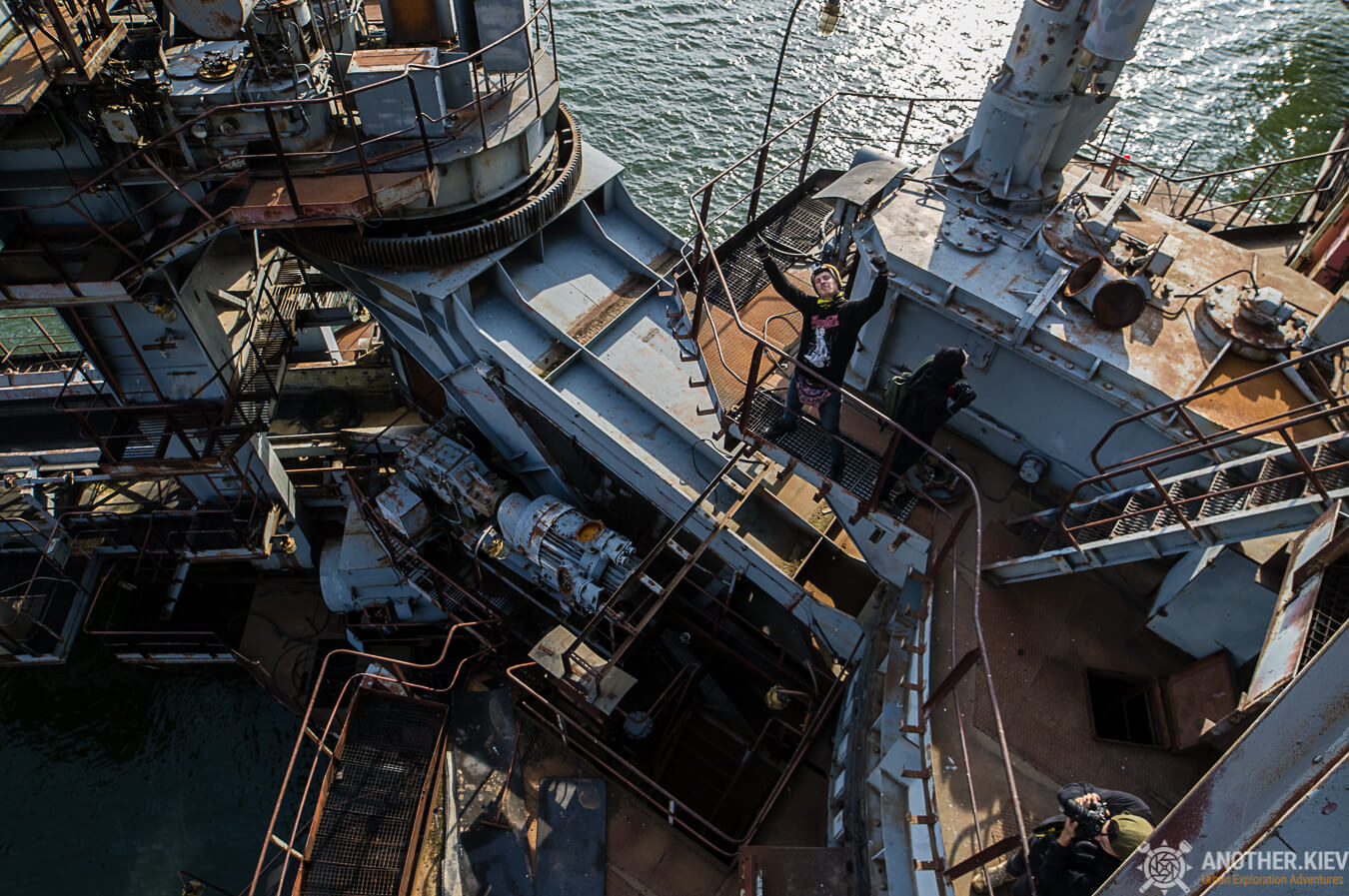 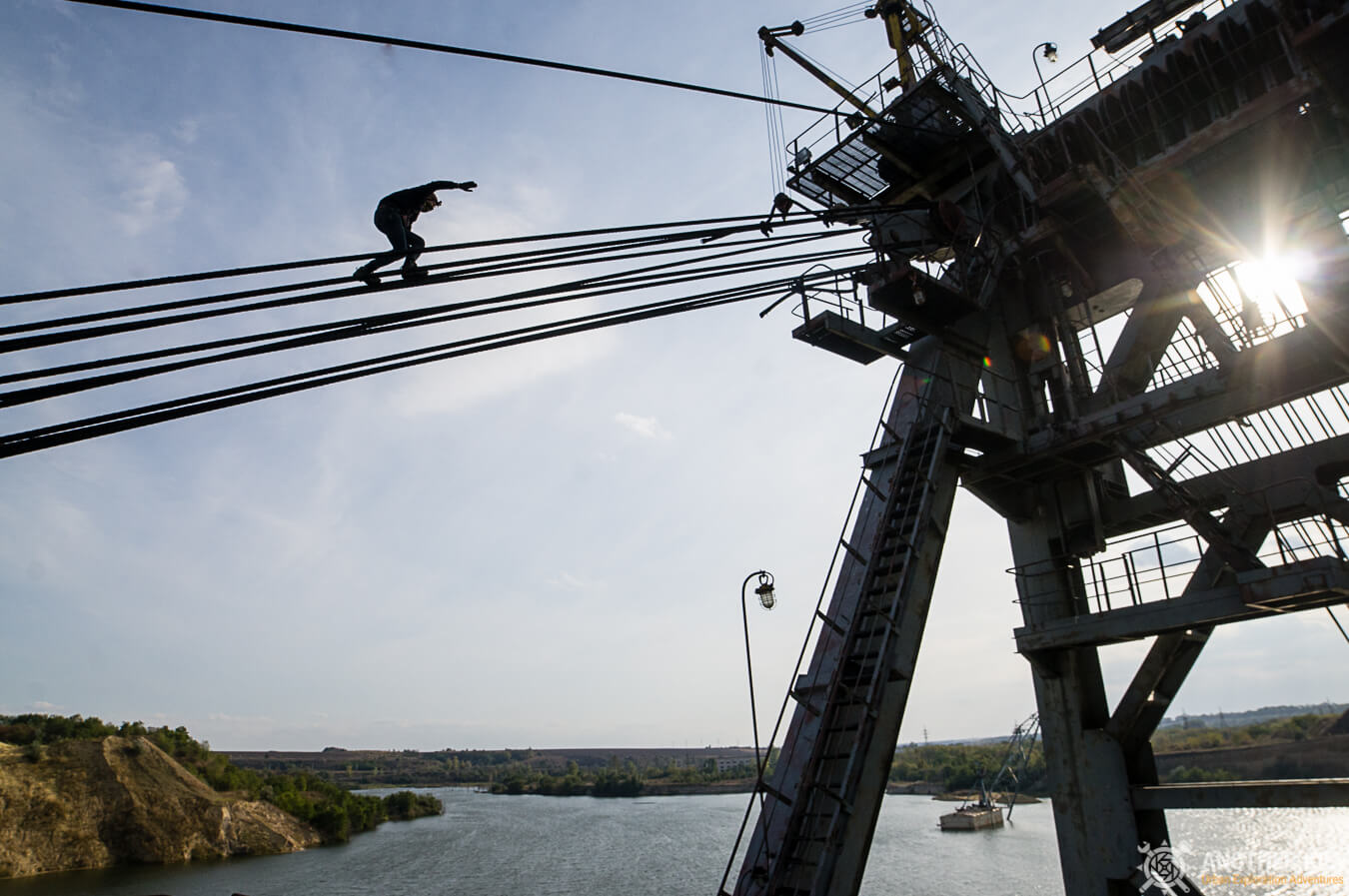 Nobody need them and gigant machines will be cut and sell as metal soon. 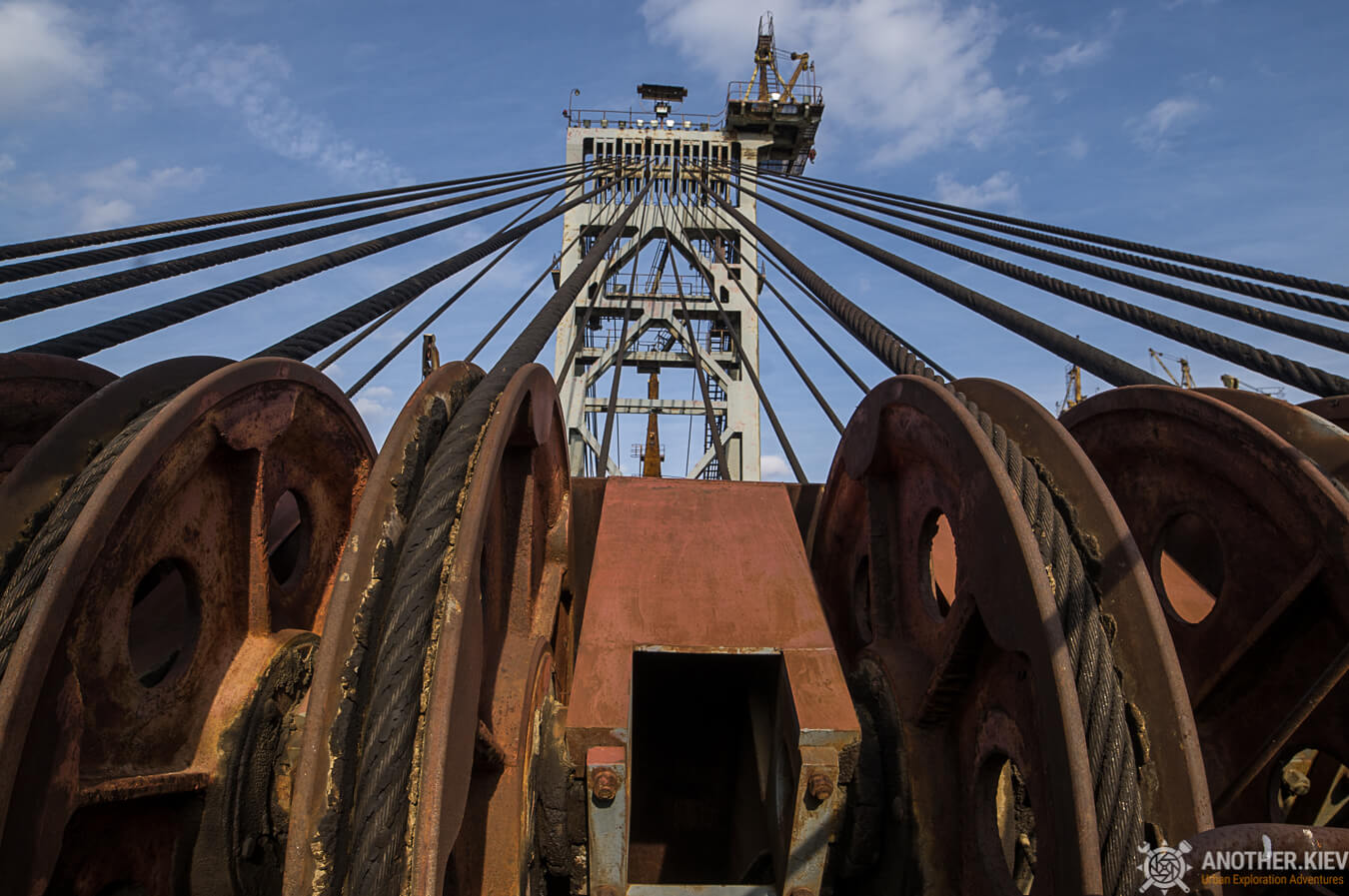 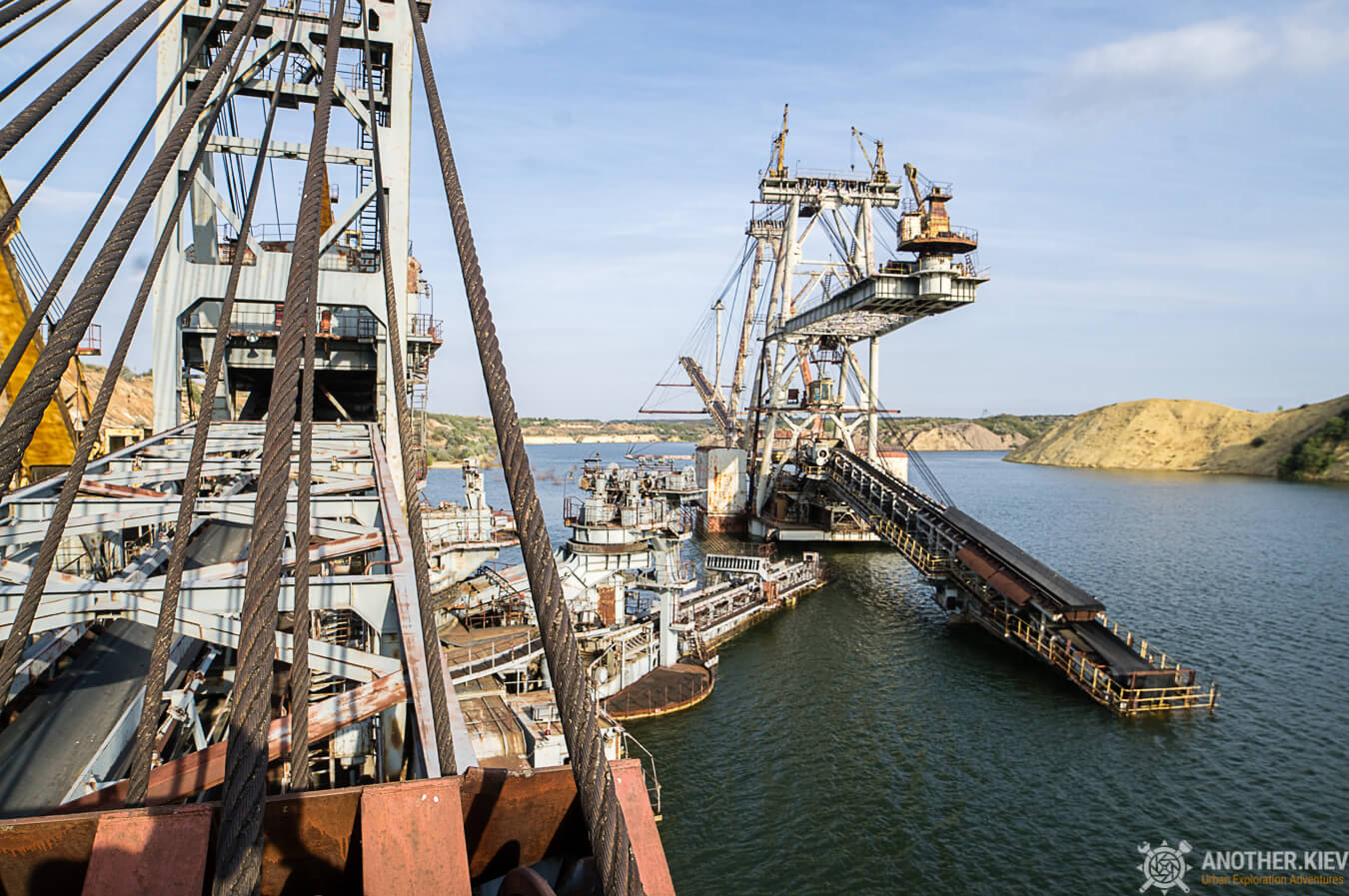 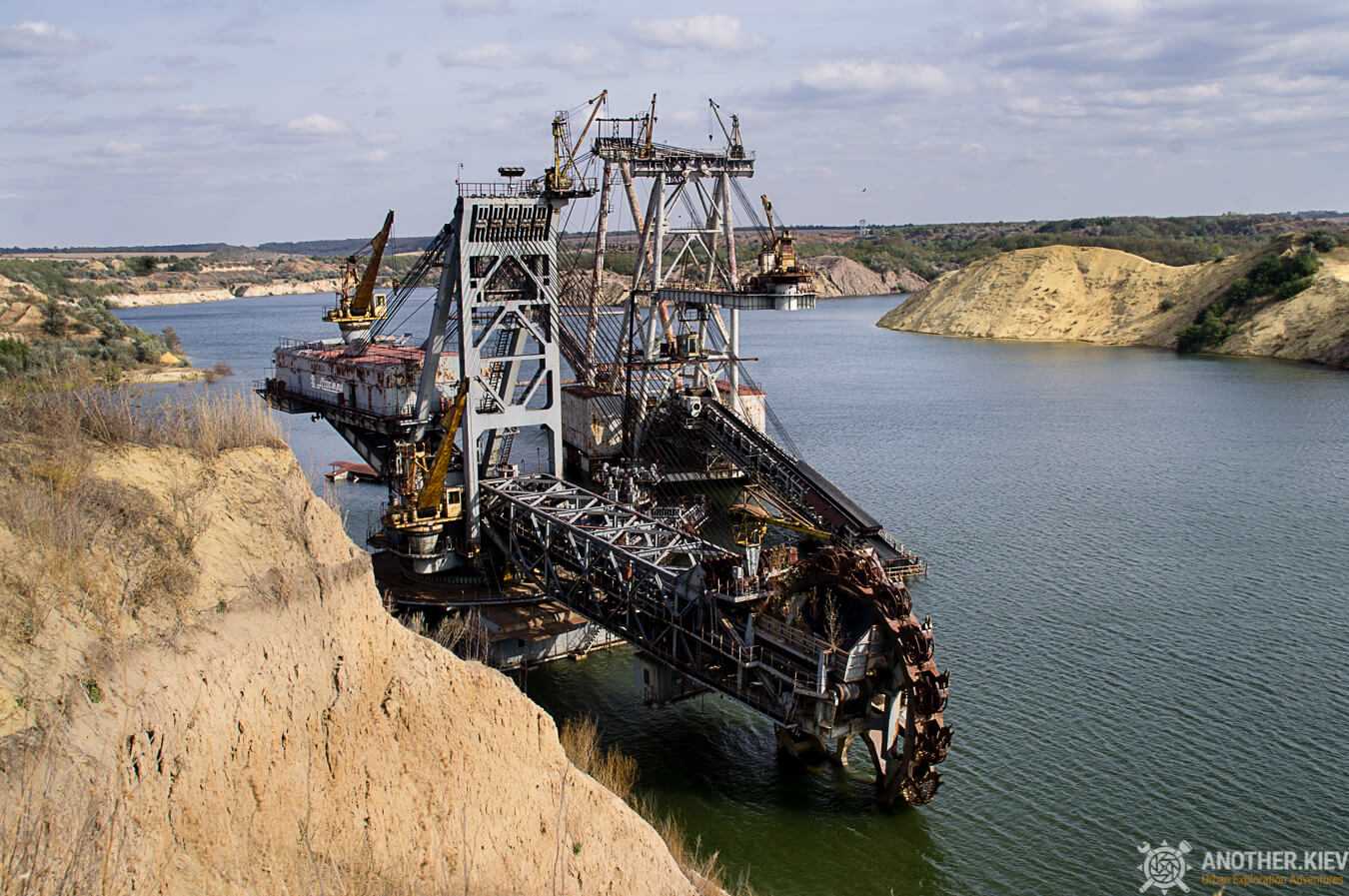 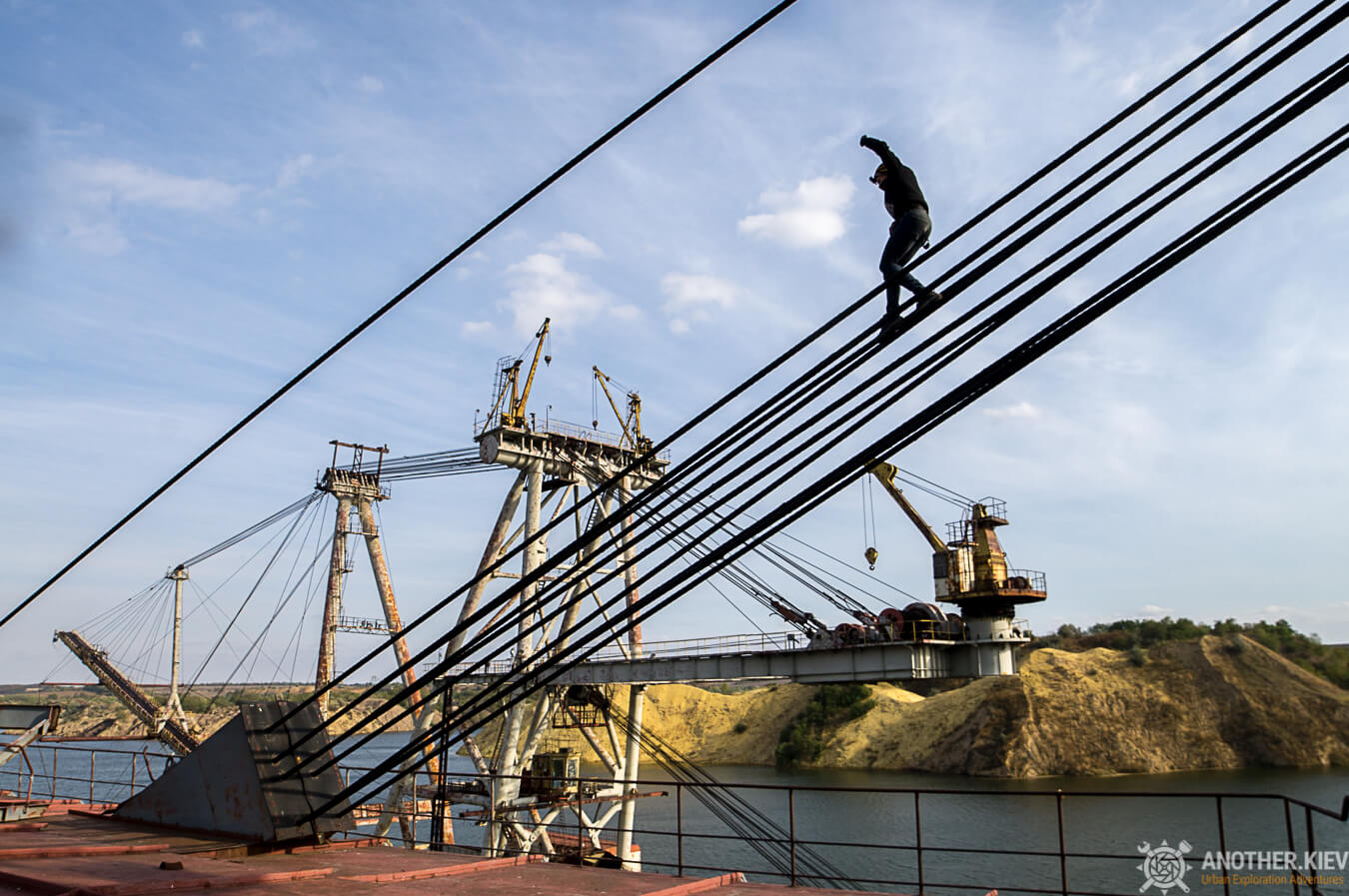 Abandoned opencast brown coal mine Morozovskiy is located near the city of Oleksandriya (Kirovograd oblast).

There is no roads near by mine, so we were able to explore mine only with 4×4 Niva. This car was made in USSR but still the best for explore. Cheap and angry. 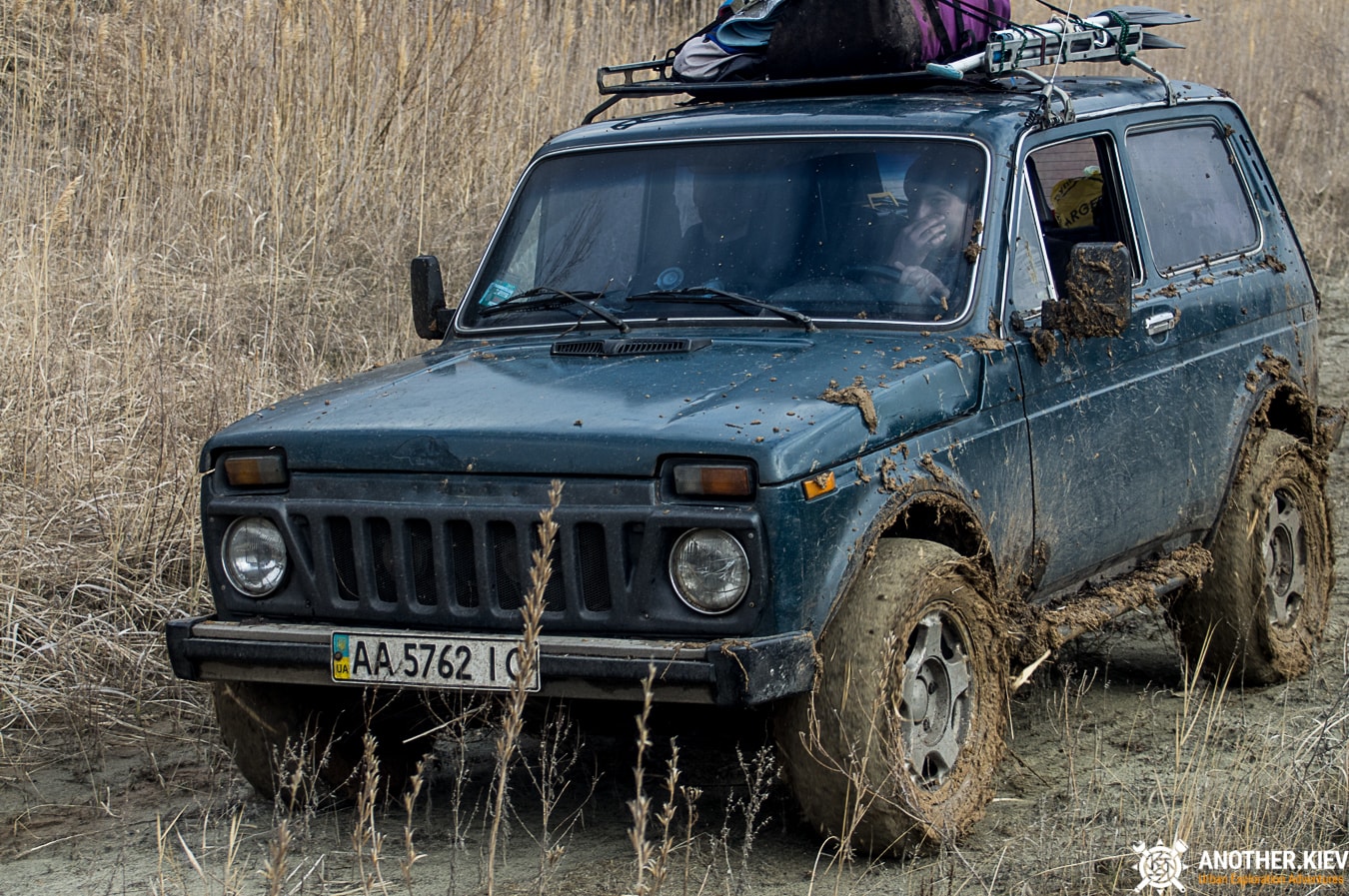 The enterprise is under liquidation, coal mining is not carried out for 5 years, despite the fact that the brown coal reserves are sufficient for at least another 20 years of active mining.

The mine is flooded by groundwater. Several machines were built before the Second World War. 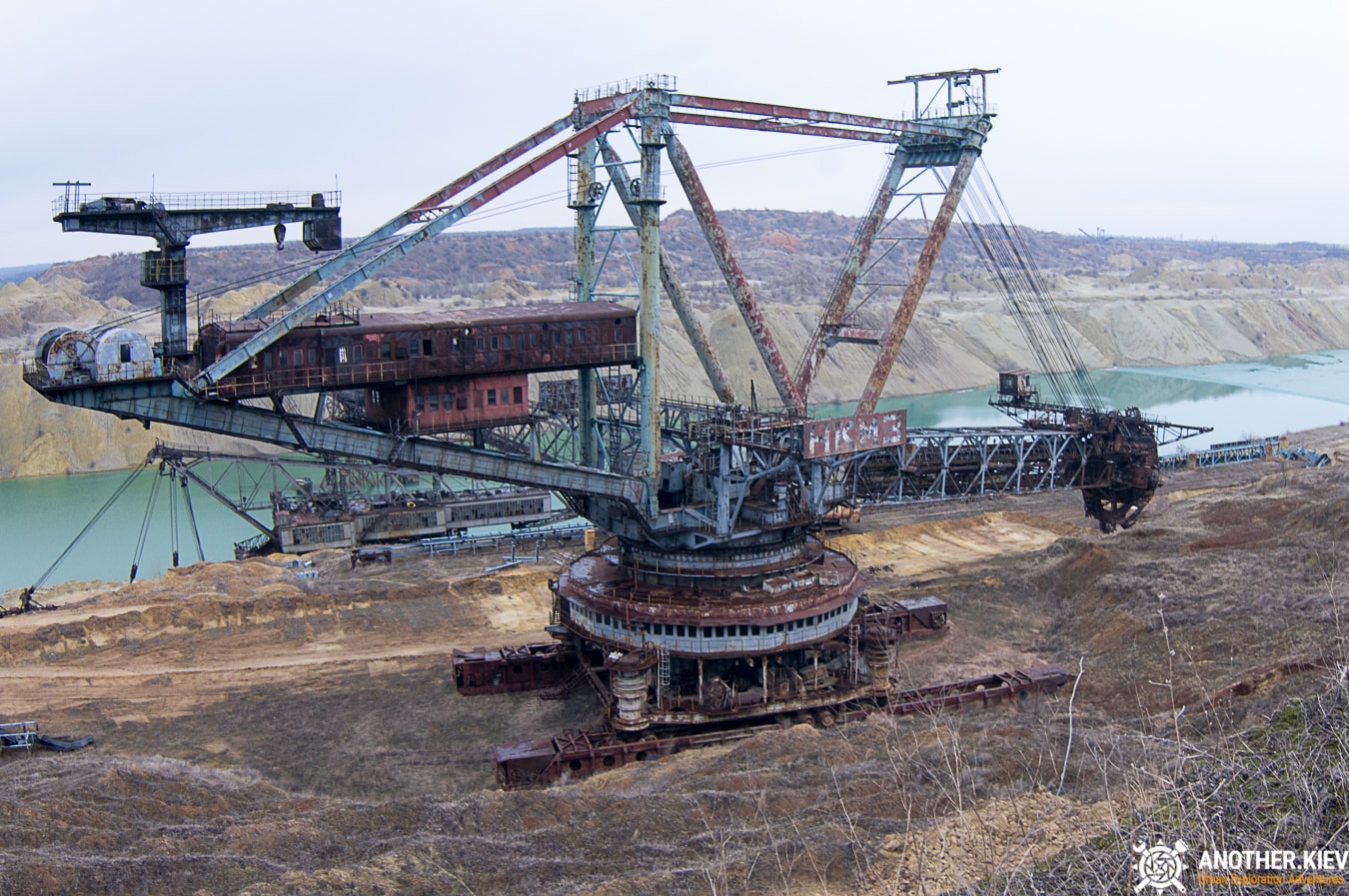 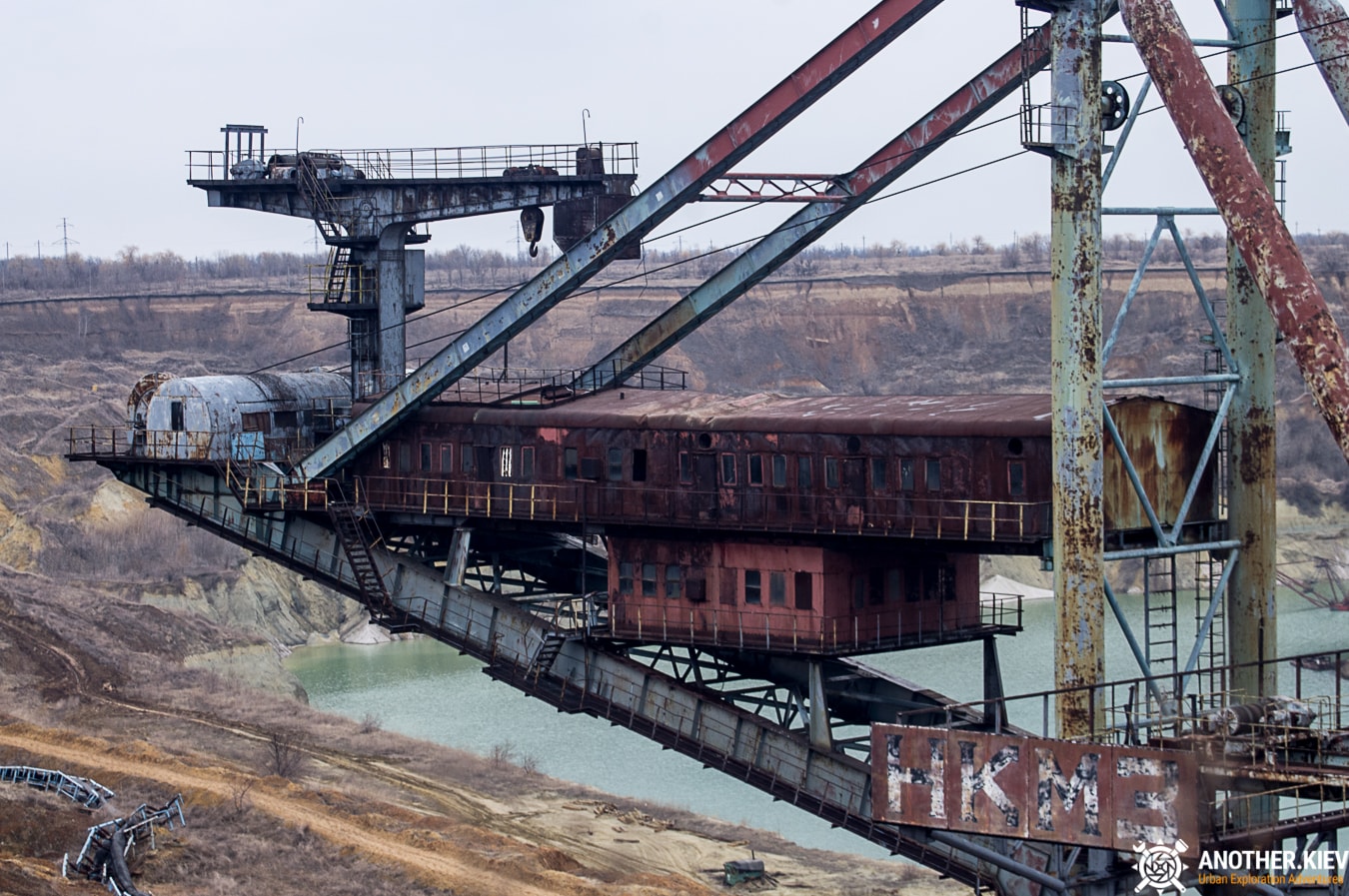 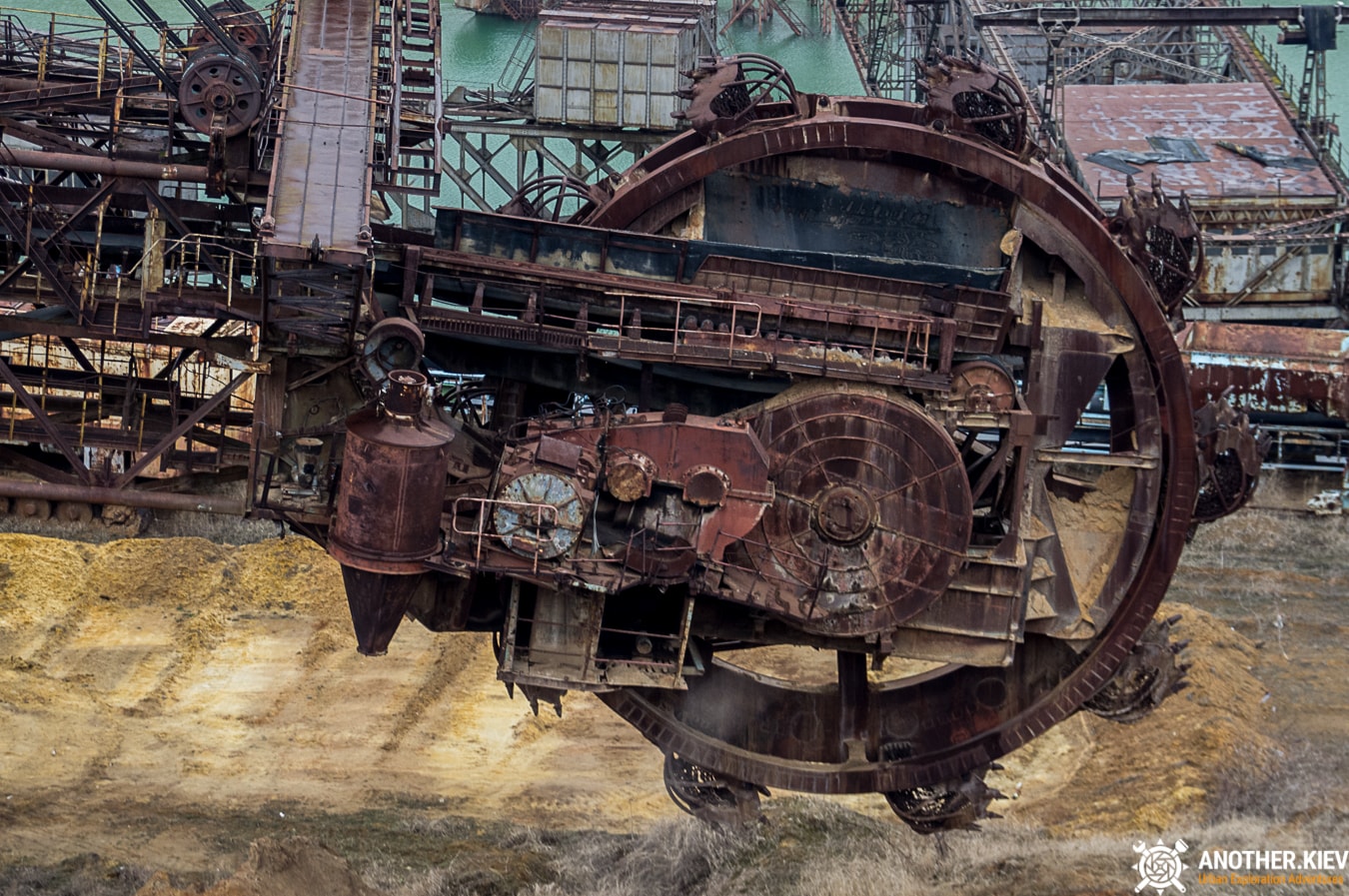 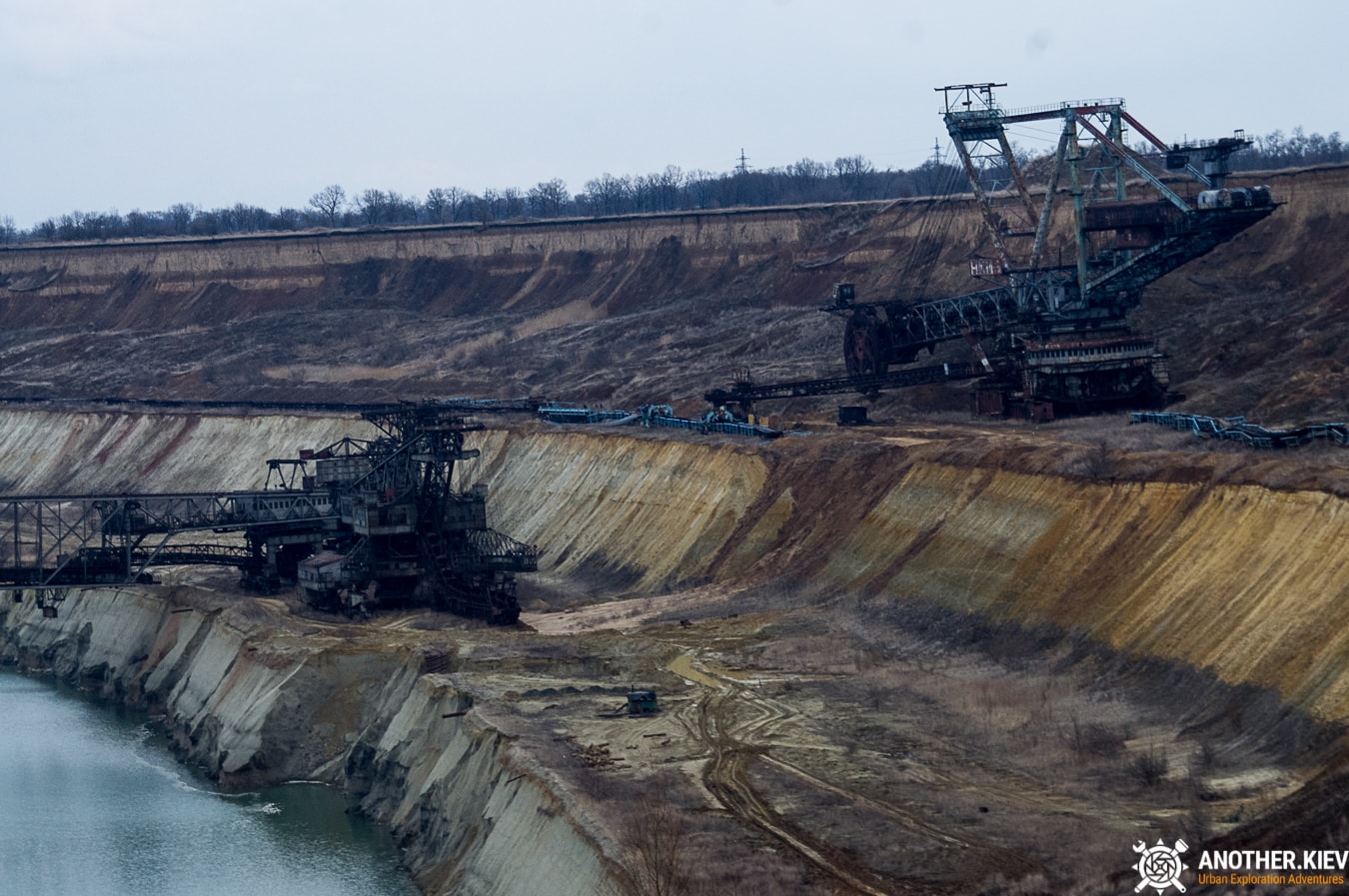 We had with us inflatable boat. So we went down to water and swam to one of excavators. 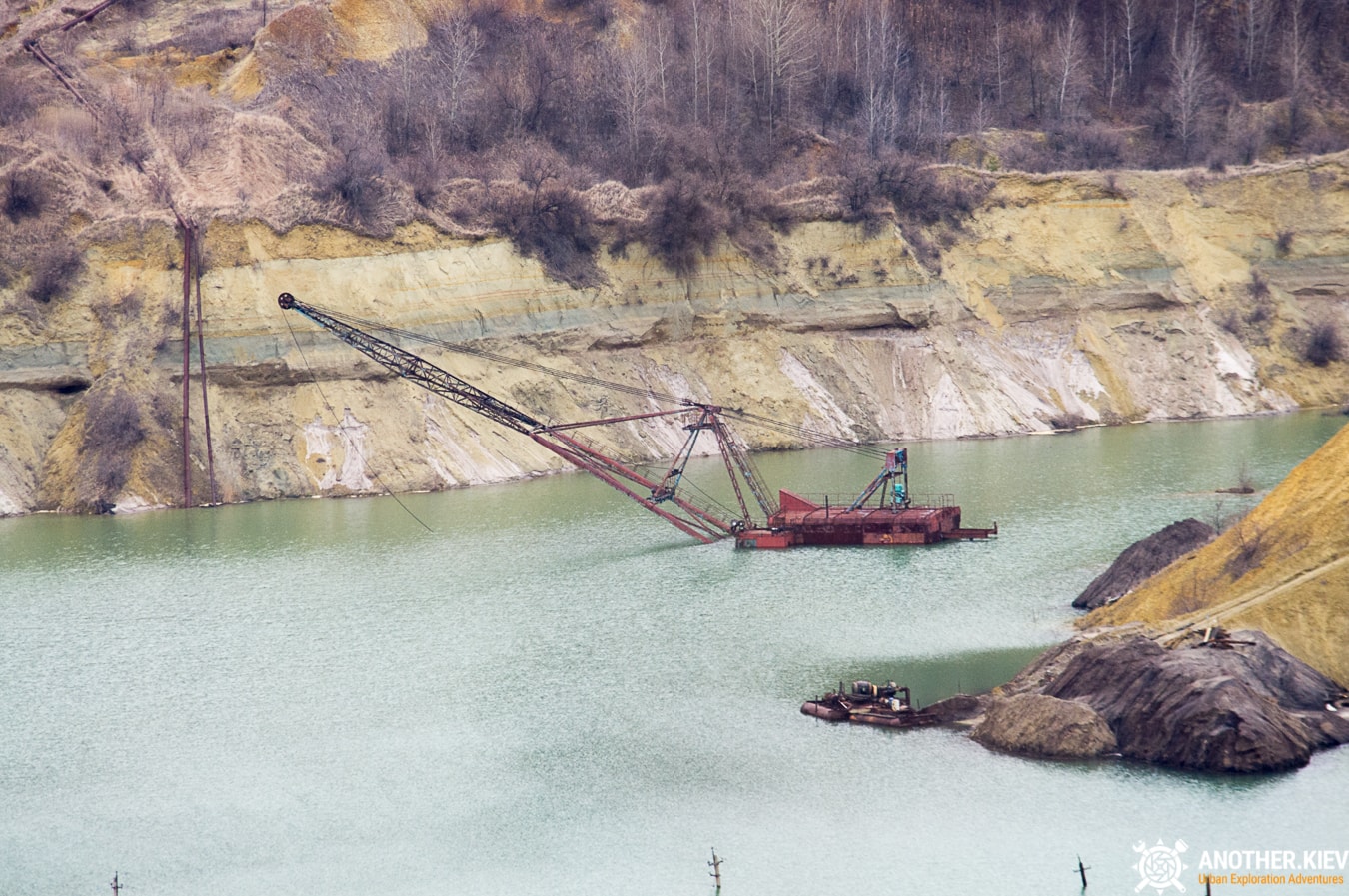 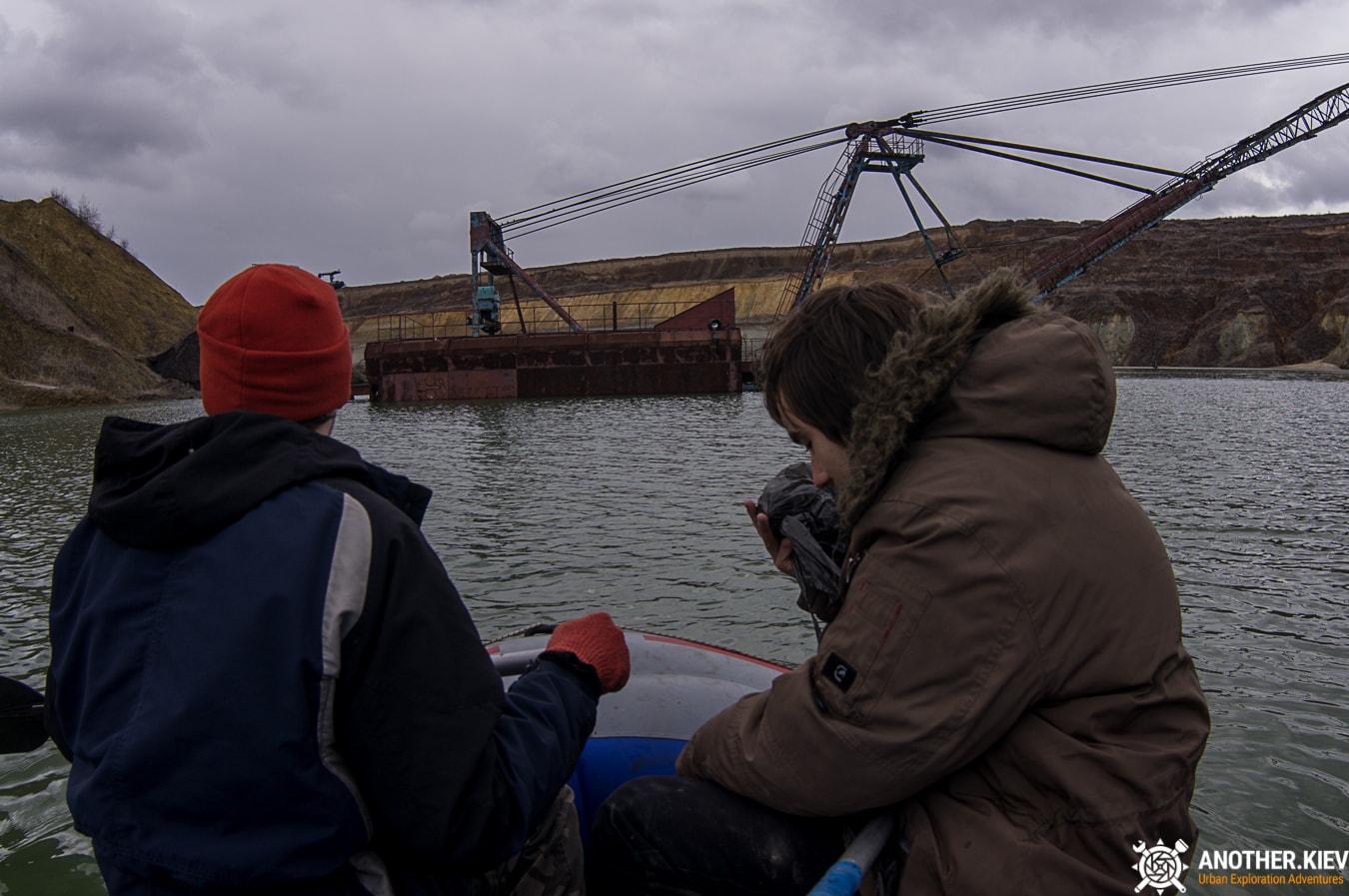 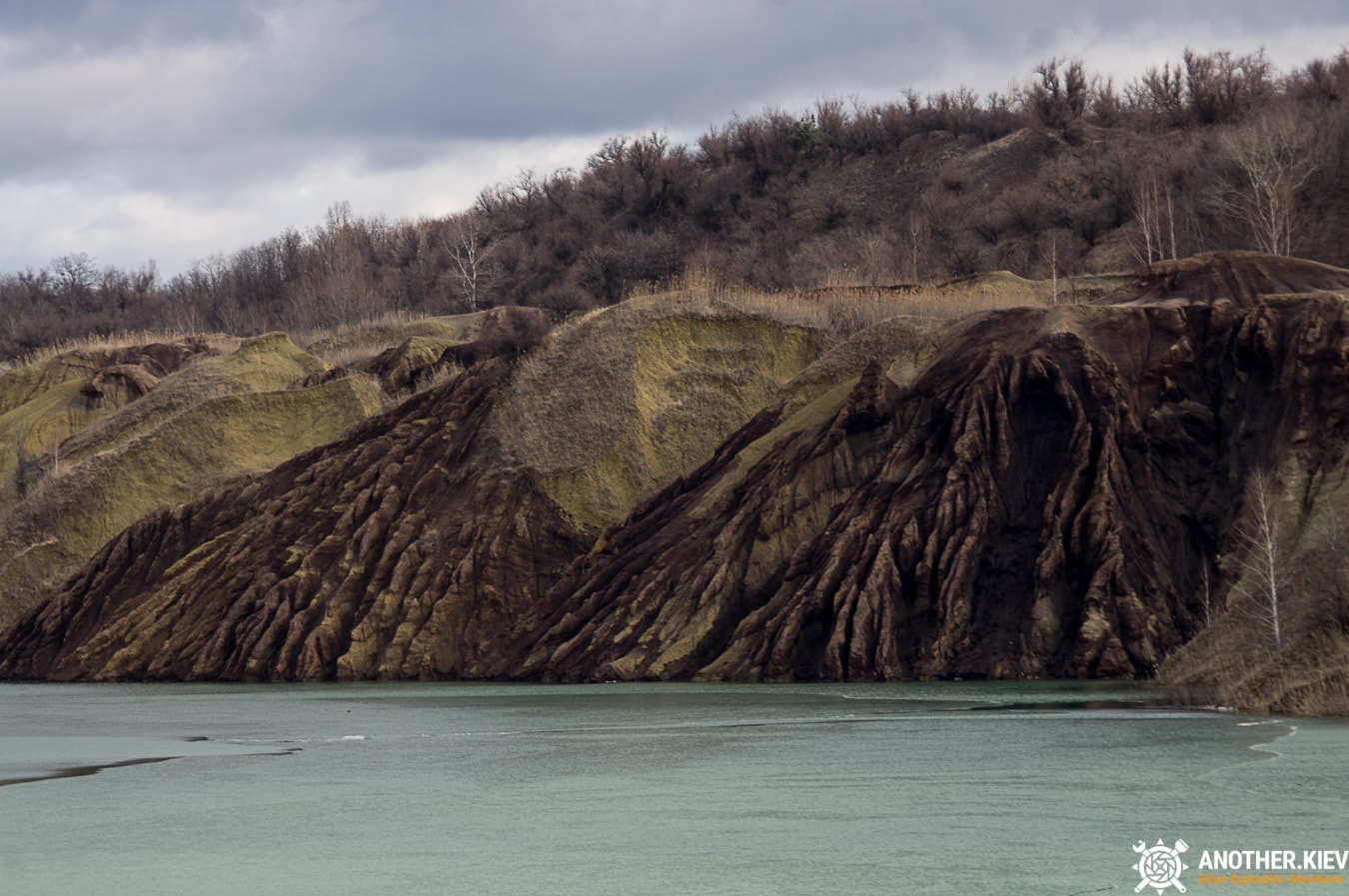 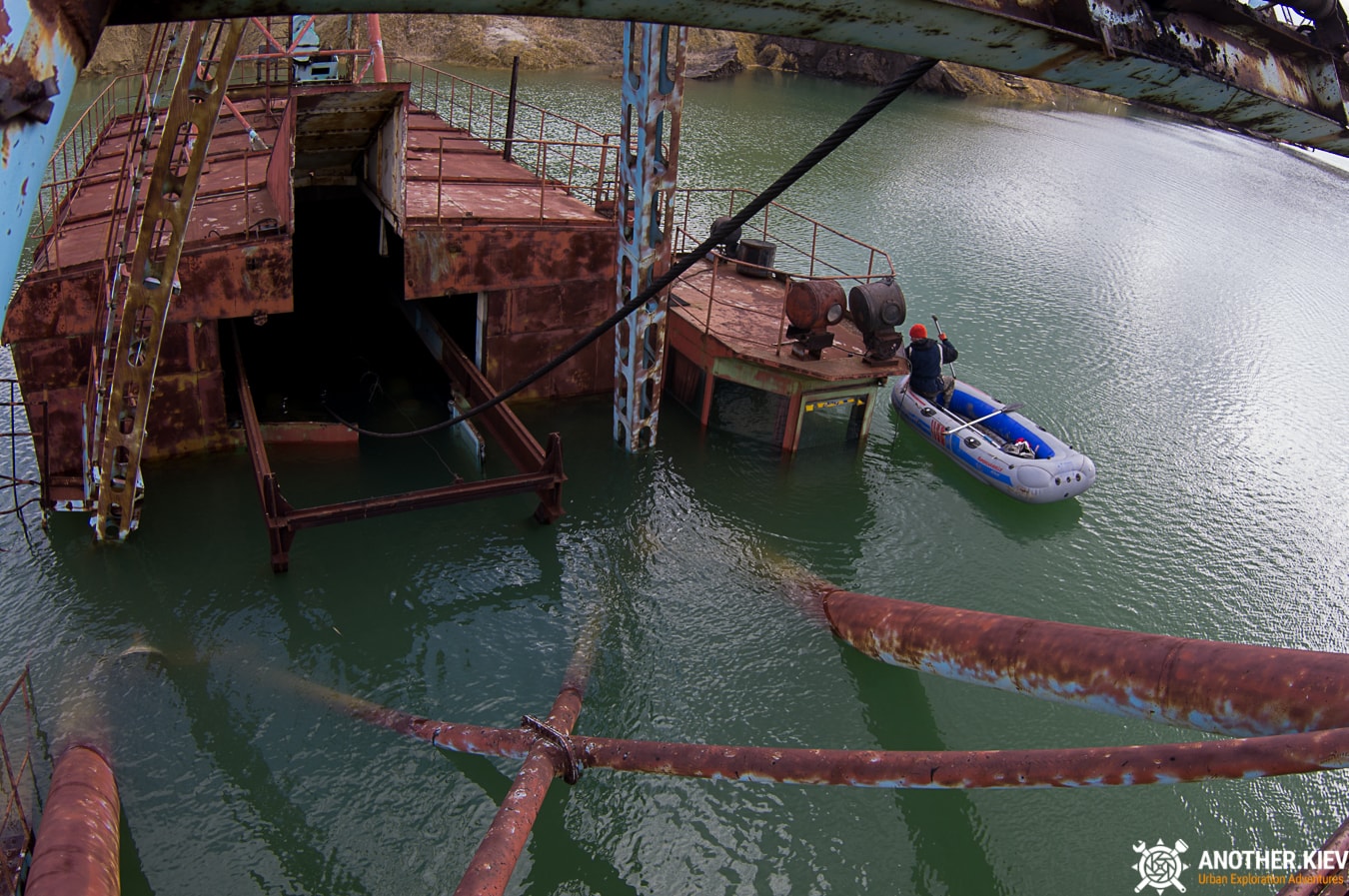 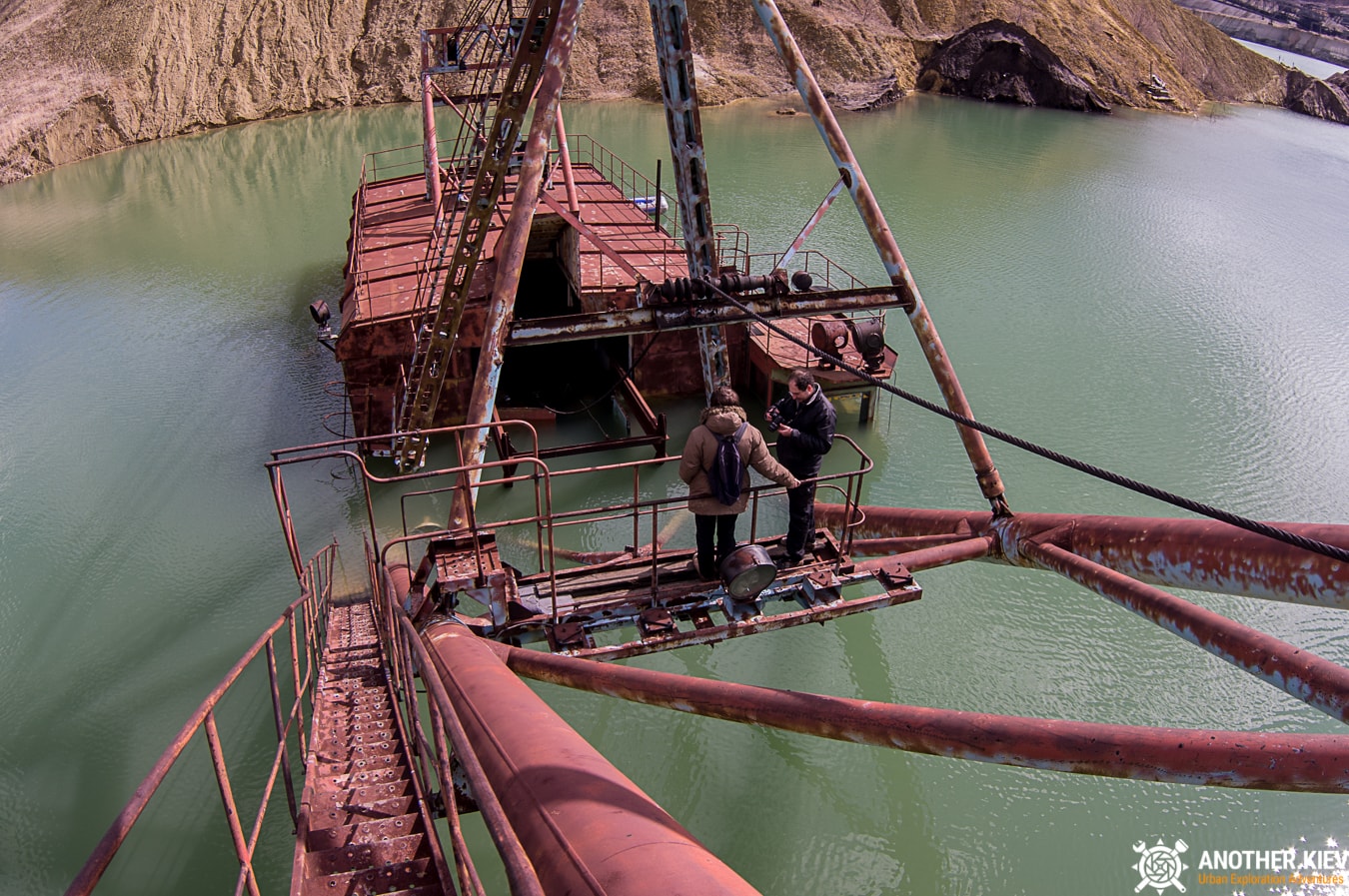 Hard to imagine how many human work was needed to built so huge thing. If you ever want to seein while you visiting Ukraine, contact us. We will Try to help you. 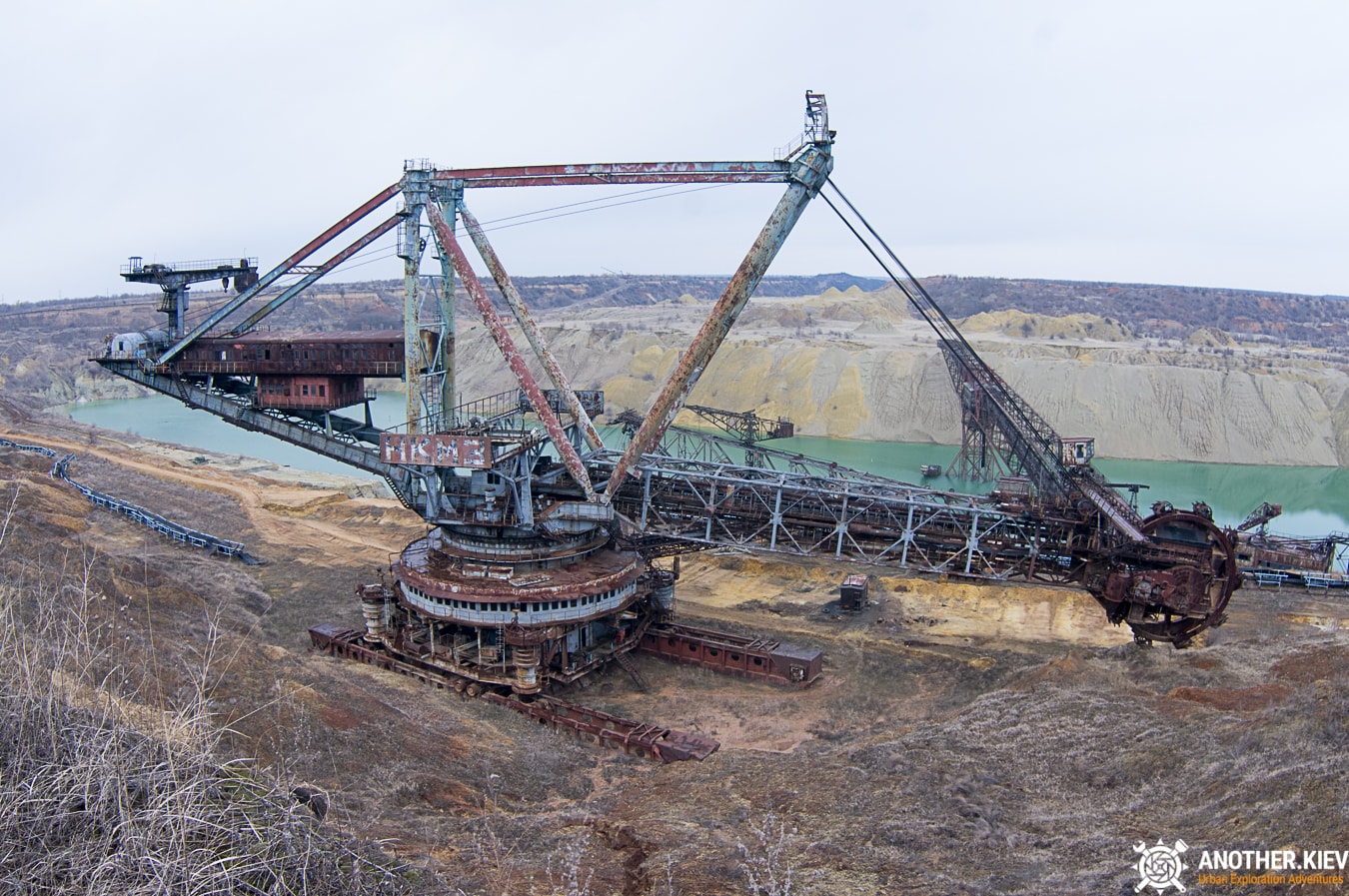