In Ukraine abandoned cities exist not only in the Chernobyl Exclusion Zone. Today Another.Kiev will introduce to you seven abandoned and almost abandoned depressed towns in post-USSR Ukraine.

The population of Pripyat before Chernobyl accident was almost 50 thousand inhabitants. But on April 27, the day after disaster at Chernobyl Nuclear Power Plant, from the beginning of “temporary evacuation” city’s life has stopped.

Nowadays this city is a gloomy picture: empty high-rise buildings, kindergartens and schools, hospitals, stadiums, shops, a park with attractions, a cinema and a house of culture. It’s hard to imagine that a sensible happy man was walking along the streets of this dynamically developing and successful city, and children’s laughter sounded in the courtyards and parks. Only Satalkers (local subculture, lovers of post apocalyptic world who are exploring Exclusion zone illegally) sometimes walk ghost-streets.

The satellite of famous “Duga-1” radar station located in the forests of Chernigiv district near village Rozvazhev.  Antenna of “Duga-2” radar has not survived to nowadays although it was much smaller. It was successfully disposed of in the early 2000s. But town with the secret name Lyubich-1, marked on Soviet maps as a recreation center is still exist.

What is the major difference between Chernobyl-2 and Lyubech-1? In Lyubech-1 the command post of antenna is at a considerable distance from the town, while in Chernobyl-2 it was inside military city.
photo by Zametkiev

This city is located in forests of Chigirinsky district of the Cherkasy region in Ukraine. Orbita was designed as a town for power engineers with a population of more than 20 thousand people. 45 years ago very quickly they built on this place hydroelectric power station but government decided to replace it with a nuclear power plant. After Chernobyl disaster all development was permanently stopped.
Orbitas neighborhood is ecologically clean as none of power stations have been completed.

Almost all residential buildings here are 9-storey houses. Some of uninhabited apartments are privatized but no one knows where their owners are. A lot of flats has been refused.
Photos by Alexfoto

Polesskoe town was divided into two parts by river Uzh and it’s a long-suffering land shaken by Chernobyl nuclear disaster. Previously, it was called Habne. There is a version that it was founded by Jews. In ancient times this city was famous because of fabrics and textile industry.
After Chernobyl disaster Polesskoe became main evacuation place for Pripyat inhabitants. But then it turned out that it was not cleaner by the radiation level. In 1996 Polesskoe was deprived of regional center status and in 1999 city was deprived settlement status.
Population of city before Chernobyl accident was about 11.3 thousand people. There were factories, factories and a consumer services center. There was a school, a vocational school and two houses of culture. Now about ten people live in Polessky without official status.
On the territory of Polessky a huge number of houses and six high-rise buildings which are very well preserved. Local residents argue that there has been no radiation for a long time.
Photos Maxim-nm

Stepnogorsk is located 30 kilometers from Zaporozhye but people are rarely seen here. The city is reminiscent of “zombieland”, but instead of scenery here are real ruins. It’s not empty yet although there is no gas, no heat, no water.
In the 80s in Stepnogorsk was more than two thousand people worked in mine. But enterprise did not manage to develop at full capacity and in the mid-1990s mine was closed.
Deserted streets, broken windows of houses, gloomy and life-deprived stores – the city acts oppressively even on someone who just passes by.
Photos of Sicheslavets

Ghost city on the map of the Kirovograd region.  There is a huge number of high-rise buildings. The population is about 500 people. Facilities: electricity, gas. It can be called a showcase of Ukrainian mismanagement. Here is the most extensive construction in the history of Ukraine – the Krivoy Rog Ore Mining and Processing Plant of Oxidative Ores, which has been under construction for over 30 years.
A small sleepy town is more like a village. Dolinskoye planned to turn into a major industrial center but failed.
From Kirovohrad there is a bus only once a day. But locals do not despair and everyone hopes that some oligarch will understand the value of their unfinished plant.
Photos of photogoroda

There are only about 100 people left. Empty high-rise buildings resemble landscapes of the ghost town of Pripyat. When the local sugar factory was cut into scrap metal and then confectionary factory went to oblivion there was no work left for people in Tsukrovarov. People began to move although in the best time population of city reached up to 6,000 people.
There is electricity in the city. This concludes the convenience. There is no water, no gas, no heating and sewerage. The remaining residents cut furniture in winter and installed self-made iron stoves in the apartments. 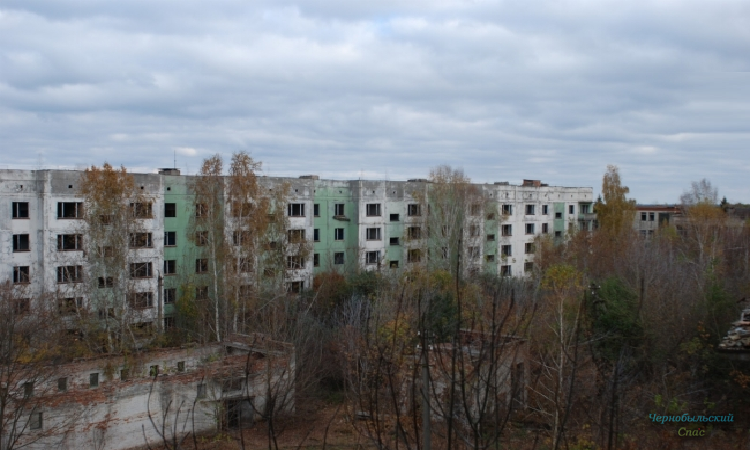