Menu
There is crossroads of the sewer tunnel, which was designed in the second part of the 19th century by Sir Joseph William Bazalgette. Everything was done perfect that it why even after more than 150 years there are practically no signs of usage factor in the tunnel. There are railing in places, where you can slip, and where you can see the silhouette of the person in the picture, right under my feet I found several gold rings and pendant. London’s sewer is an amazing place. We visited the old sewer tunnels under London and the huge underground river Madlock in Manchester, which is four times larger in diameter than the largest underground river in Ukraine – Poltva. 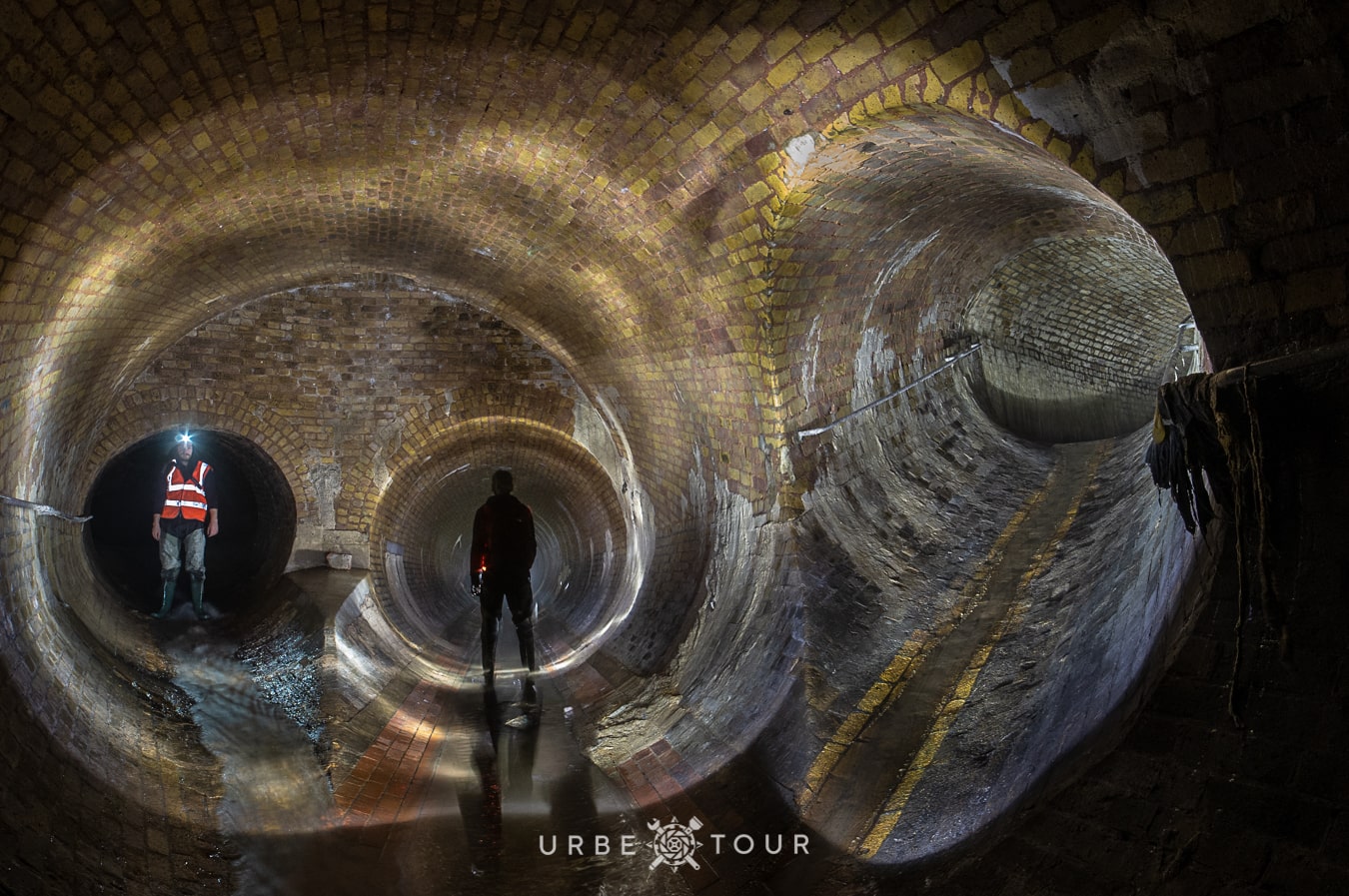 A large arched tunnel was built at the place, where sewer and lake water mix. In this hall a few years ago was IDM – International Drain Meeting – international underground party with tunnel lovers all over the world. 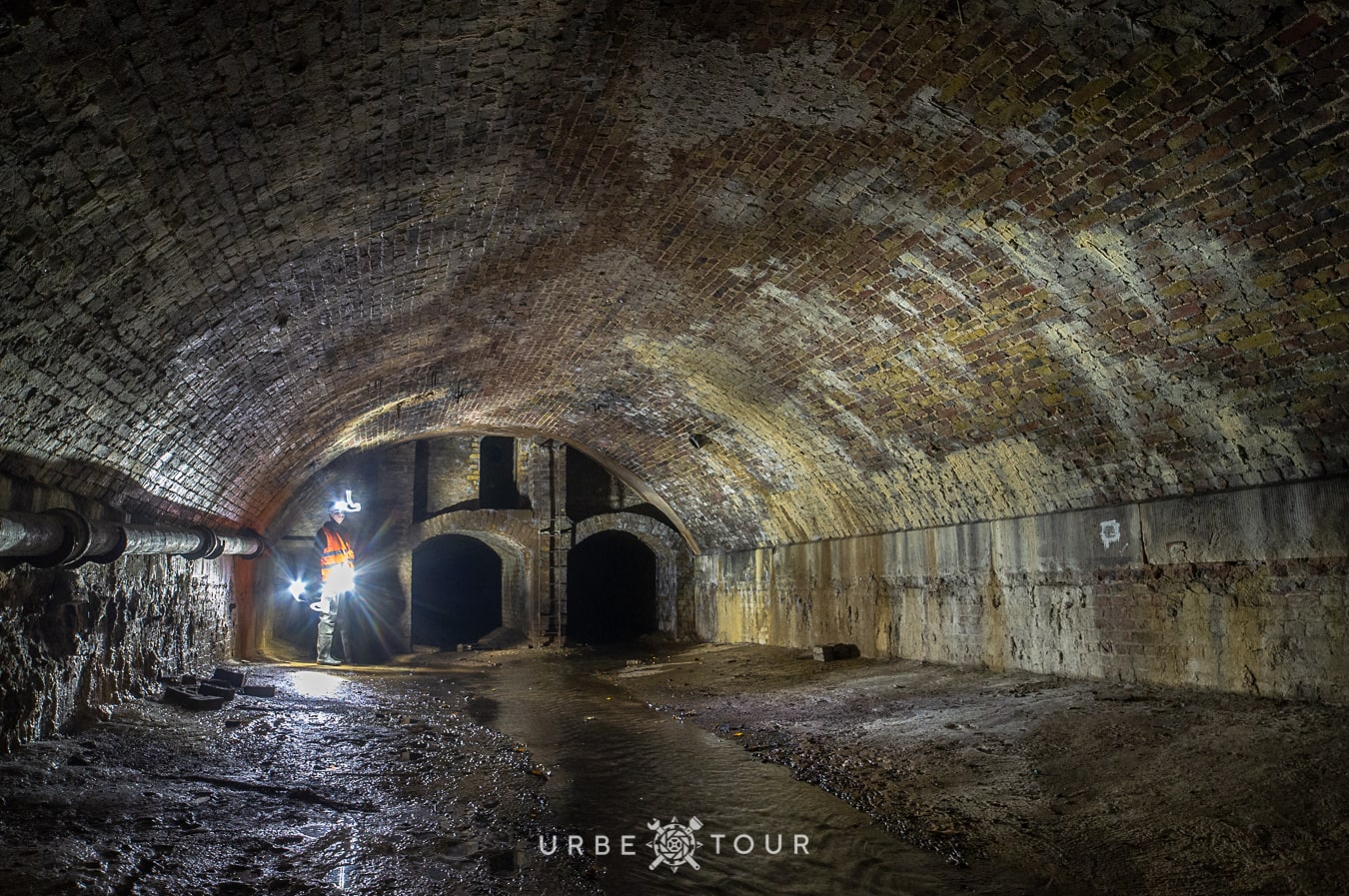 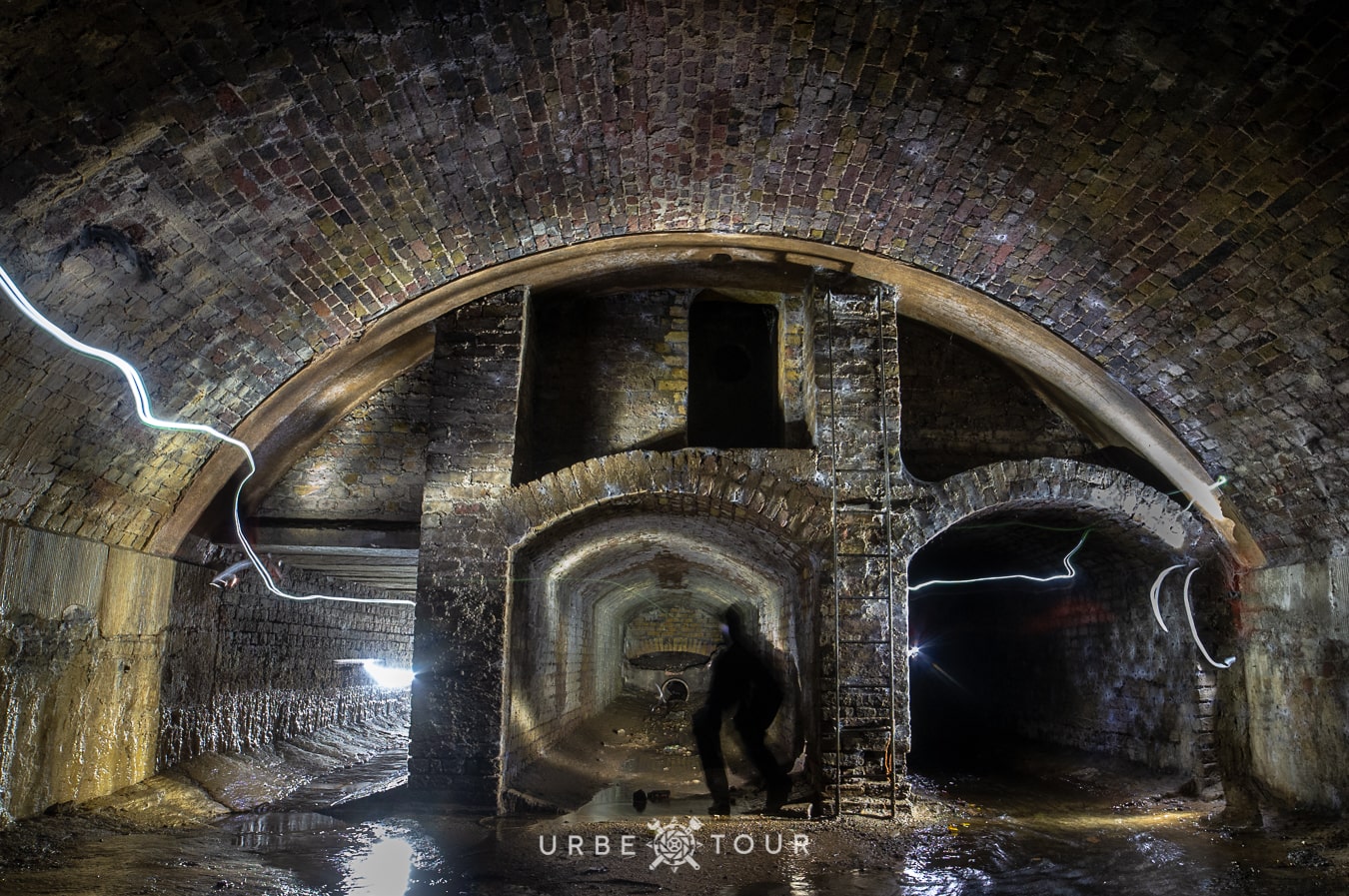 The sewer’s pipes are well-built. 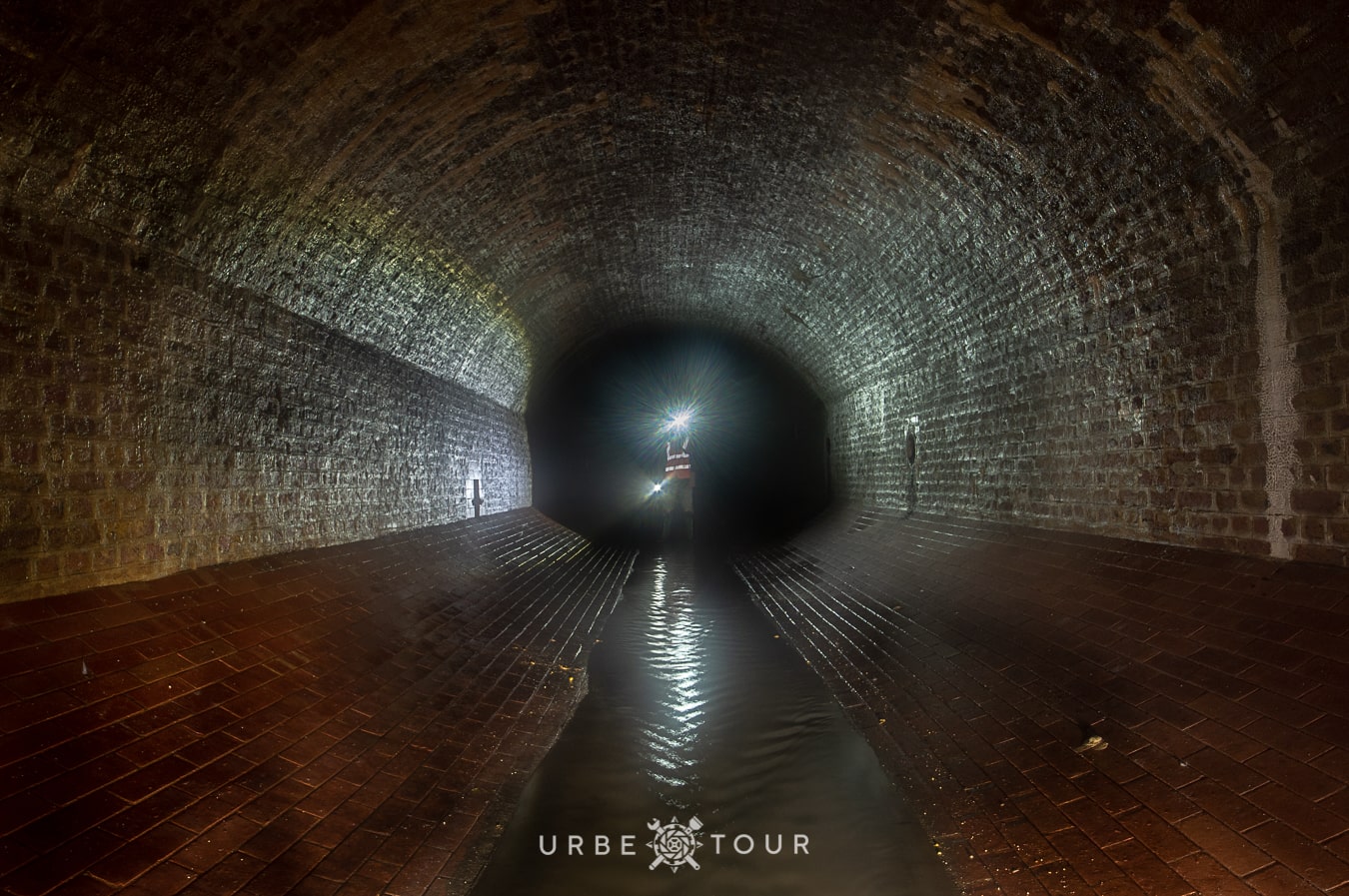 There are many rats in the tunnels. Tom told me that there used to be much more, but they were killed by municipality authority, because they interfered with the underground survey. One of the problems was that when you walk to the exit through the hatch, the rats run away from you along the tunnel. Then when you come closer to the lift with braces, they begin to climb up, break and fall on the head, sometimes bite. 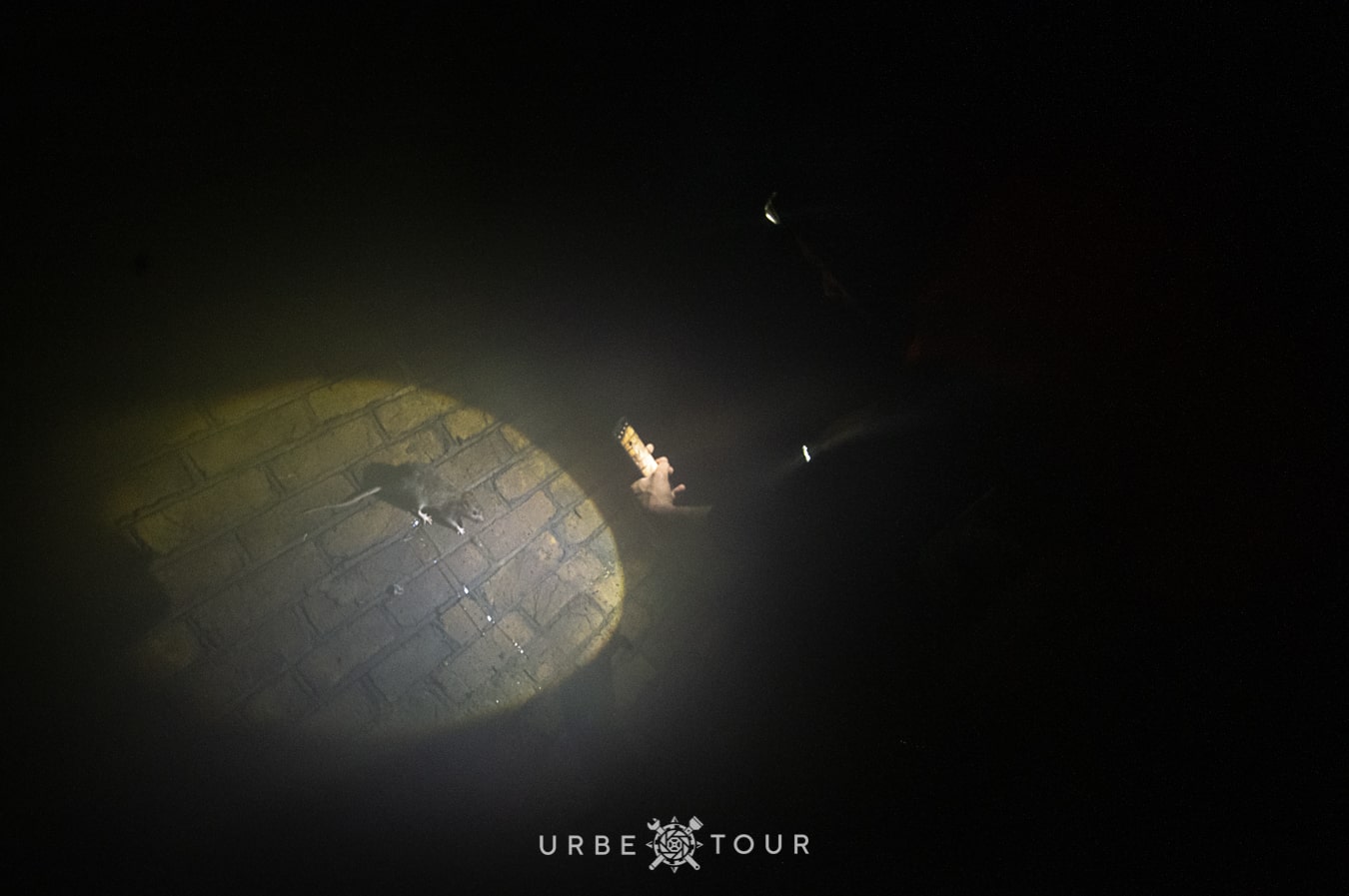 A huge gate shuts off the tunnel during a rainstorm so that the sewage does not mix with rainwater. Looks like a giant guillotine. 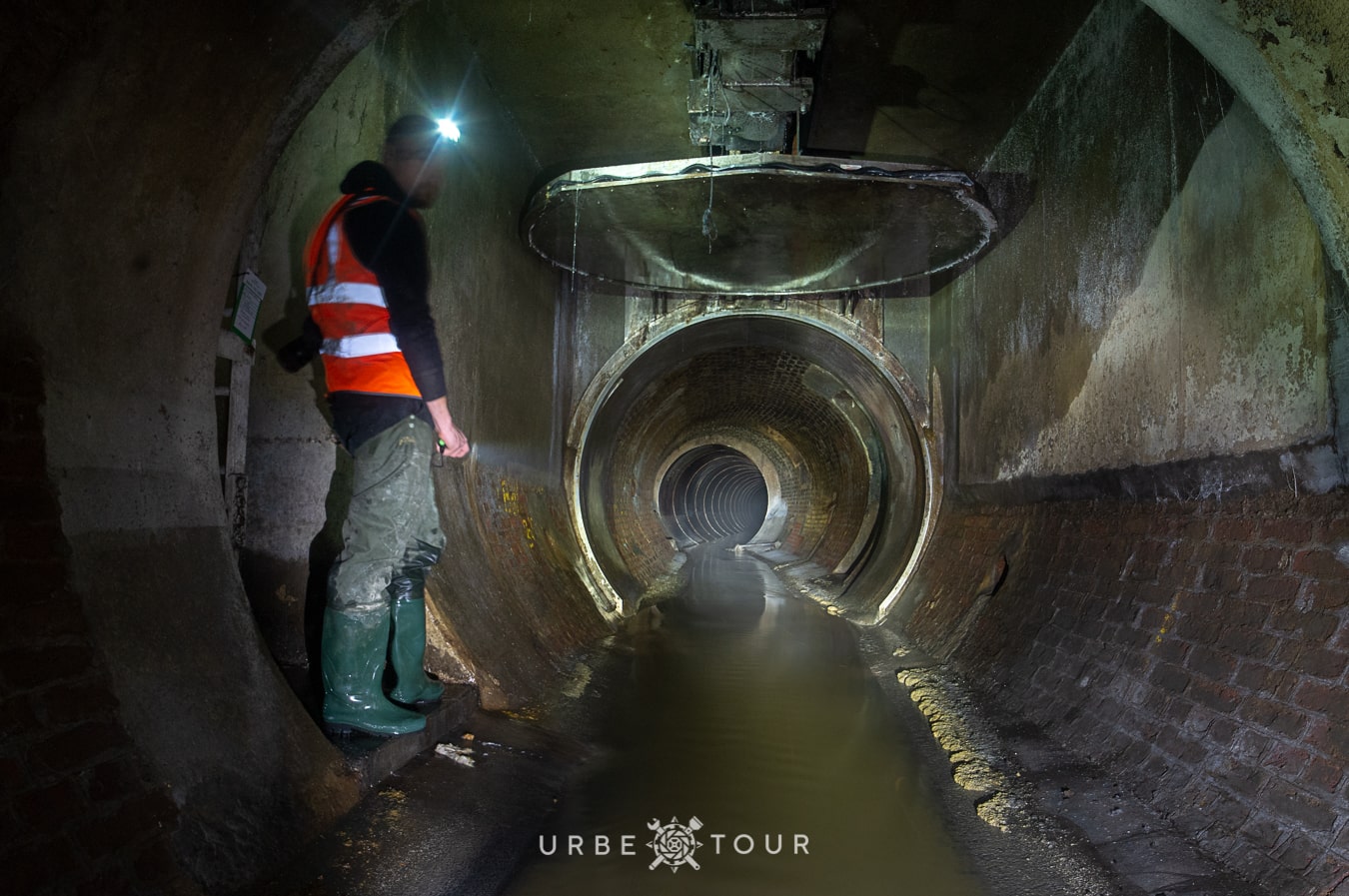 Place of confluence of sewers and rainwater. The idea is that if the sewer tunnel (on the left) is full, the excess sewage will be dumped into the storm sewer (tunnel on the right).

The bed of the Madlock River in Manchester is impressed by its size. For two kilometers this river is hidden in a brick tunnel, in some places there are elements of the older masonry of the 16-18 centuries. 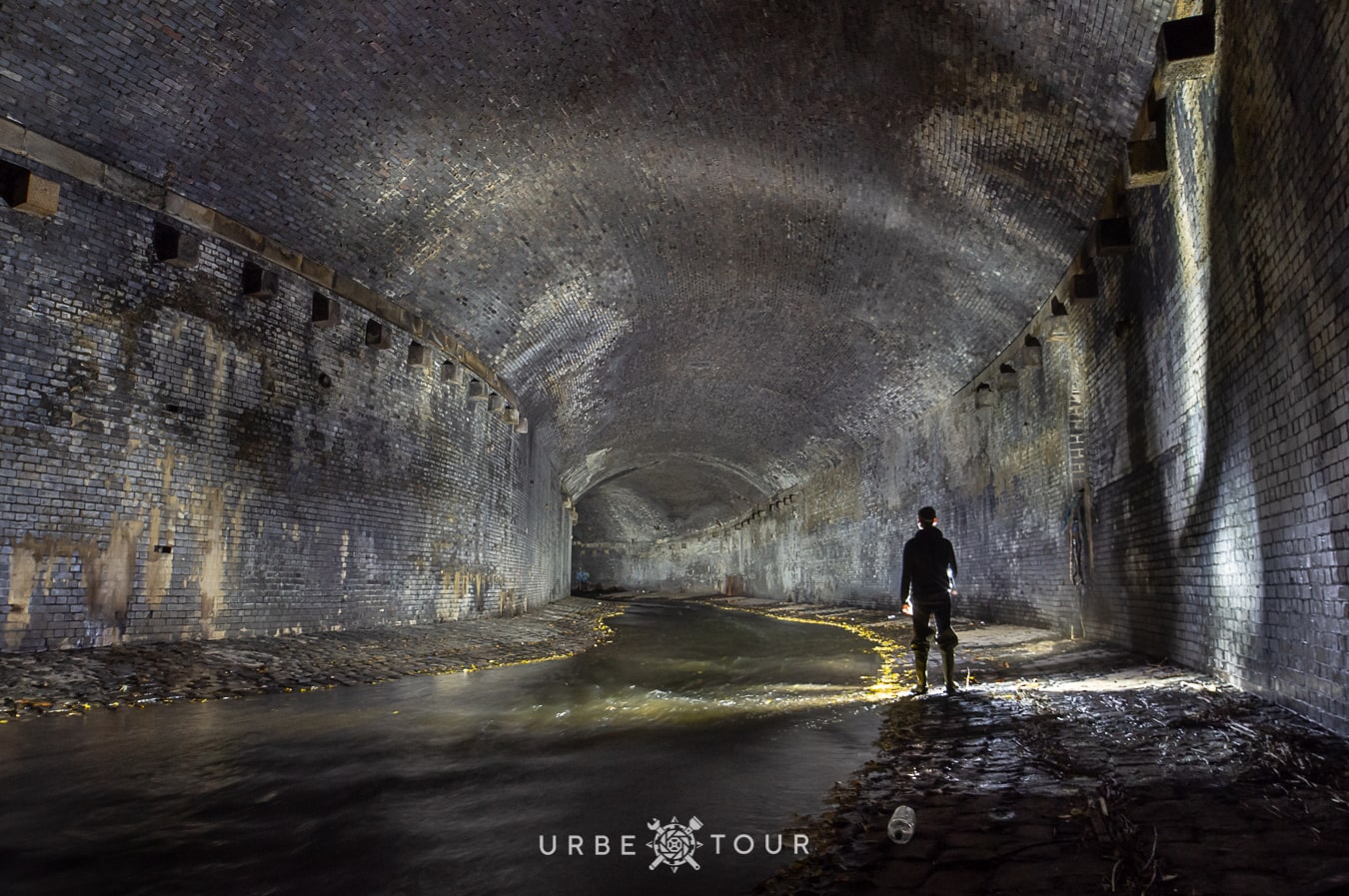 The wooden bridge in the photo refers to the end of the XIX century. It is still used as a service bridge for the cable network crossing the tunnel. The black arch on the right – previously served to load the butchered slaughter of their slaughterhouse into the boats. 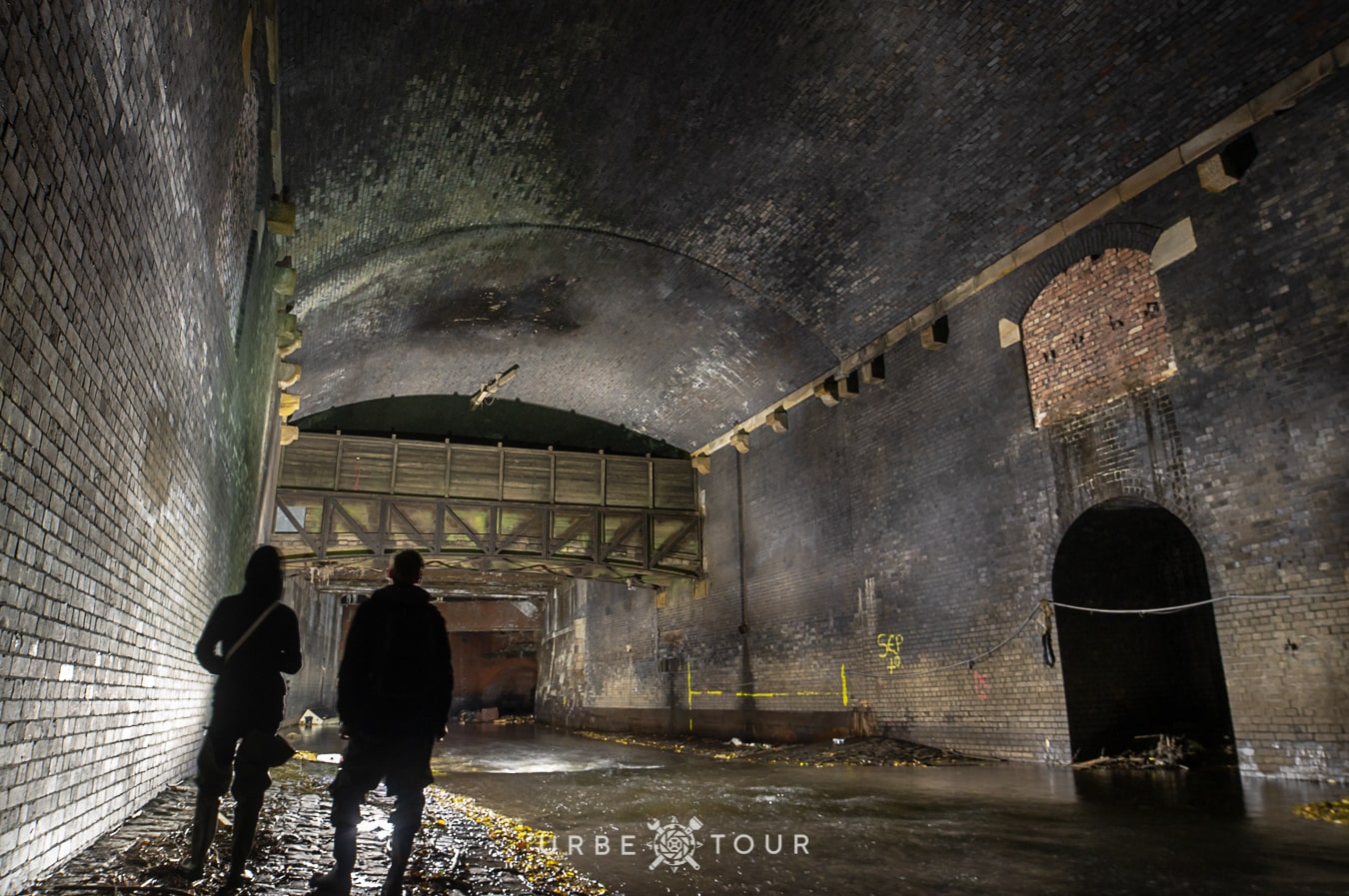 White strips on the ceiling – sensors of the state of the arch of the tunnel. 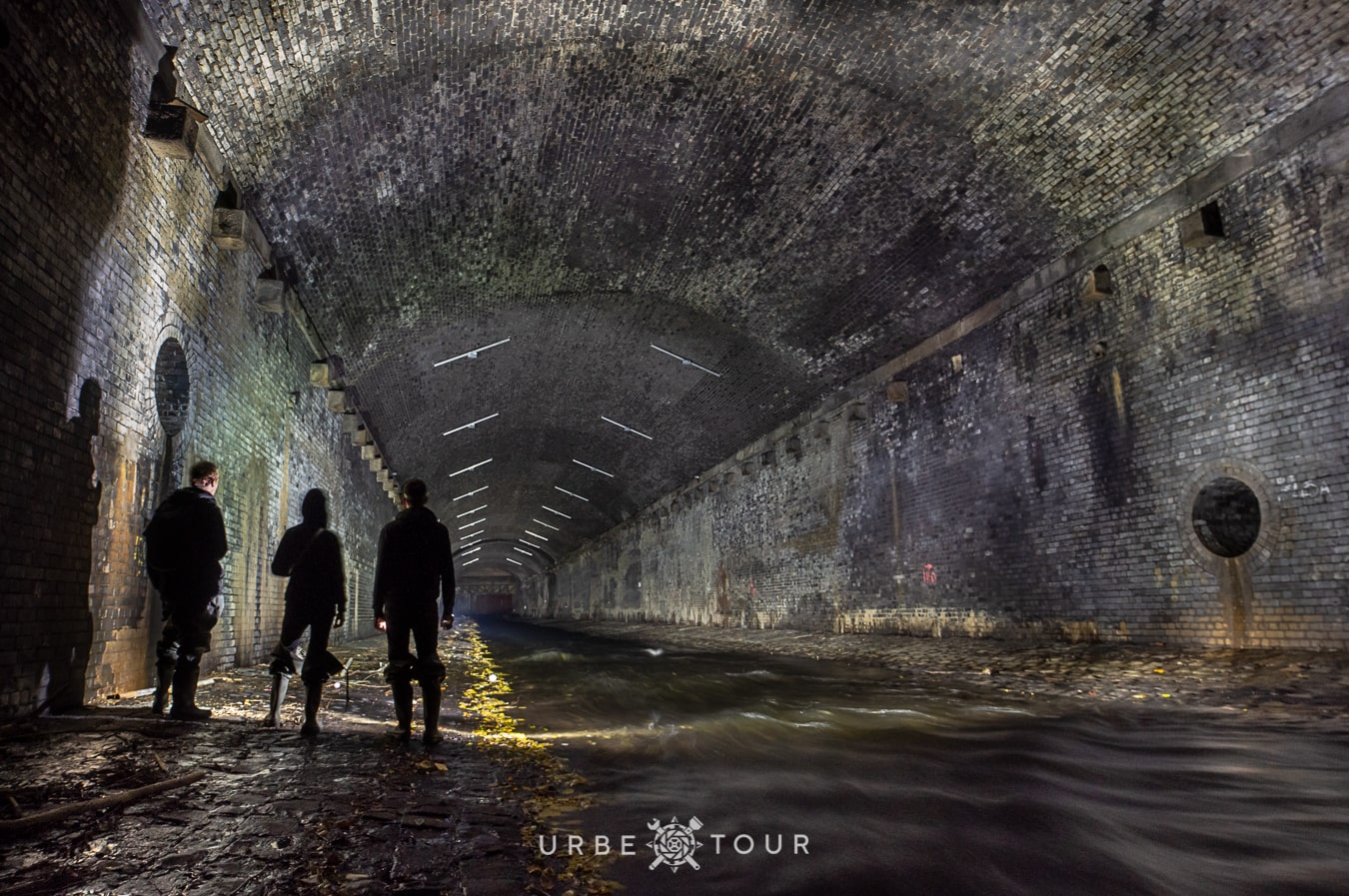