Croesor Quarry is a large underground slate mine in north Wales which was served by Croesor Tramway. Small scale quarrying began in the 1840s, and by 1861, there were two companies in operation. They amalgamated in 1865, a year after the quarry was connected to the newly opened Croesor Tramway. Much money was invested in development work, but volumes of useful slate produced were small, amounting to just 226 tons in 1868. Access to the underground workings was by a single adit, and the surface mill was powered by two water wheels. A change of ownership in 1875 did little to improve the profitability of the quarry, and it closed in 1878 or 1882.

Croesor Quarry is connected to the nearby Rhosydd Quarry by a tunnel that was built to aid surveying and settle boundary disputes. Apart from Chamber 1 East, a huge chamber in which the roof has collapsed, most of the accessible mine is in reasonable condition.Below the adit level, the mine is flooded and inaccessible. In spite of a series of collapses, particularly in the Rhosydd Quarry, an underground journey from Croesor to Rhosydd is still possible and is considered to be a classic trip for mine explorers. It is known as the Croesor–Rhosydd Through Trip. Fixed ropes, home-made suspension bridges, zip wires, and inflatable boats have been installed which make it possible to complete the journey in comfort although not necessarily in safety.

We wandered for a long time through landscapes, which resembled us Icelandic, until we didn’t find our descent into the depths of abandoned mines among the ruins of an old mining village. After a while we had to overcome the first 30 and 40 meter descents rappeling. 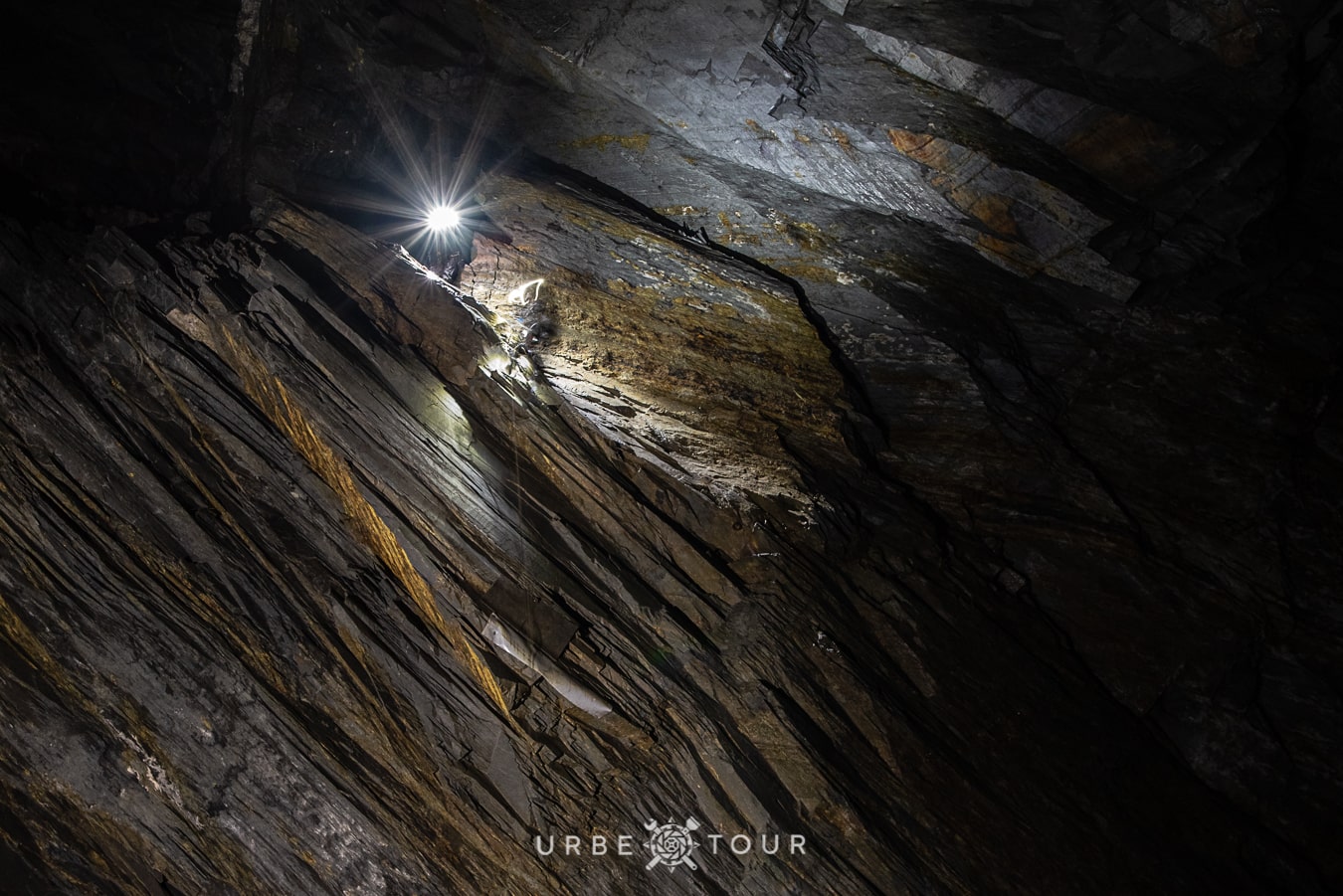 In some places the mines are flooded, the beautiful blue water is frightening in gloomy dark depths. Rope trolley are laid above the lake, so we quickly overcome the obstacle. 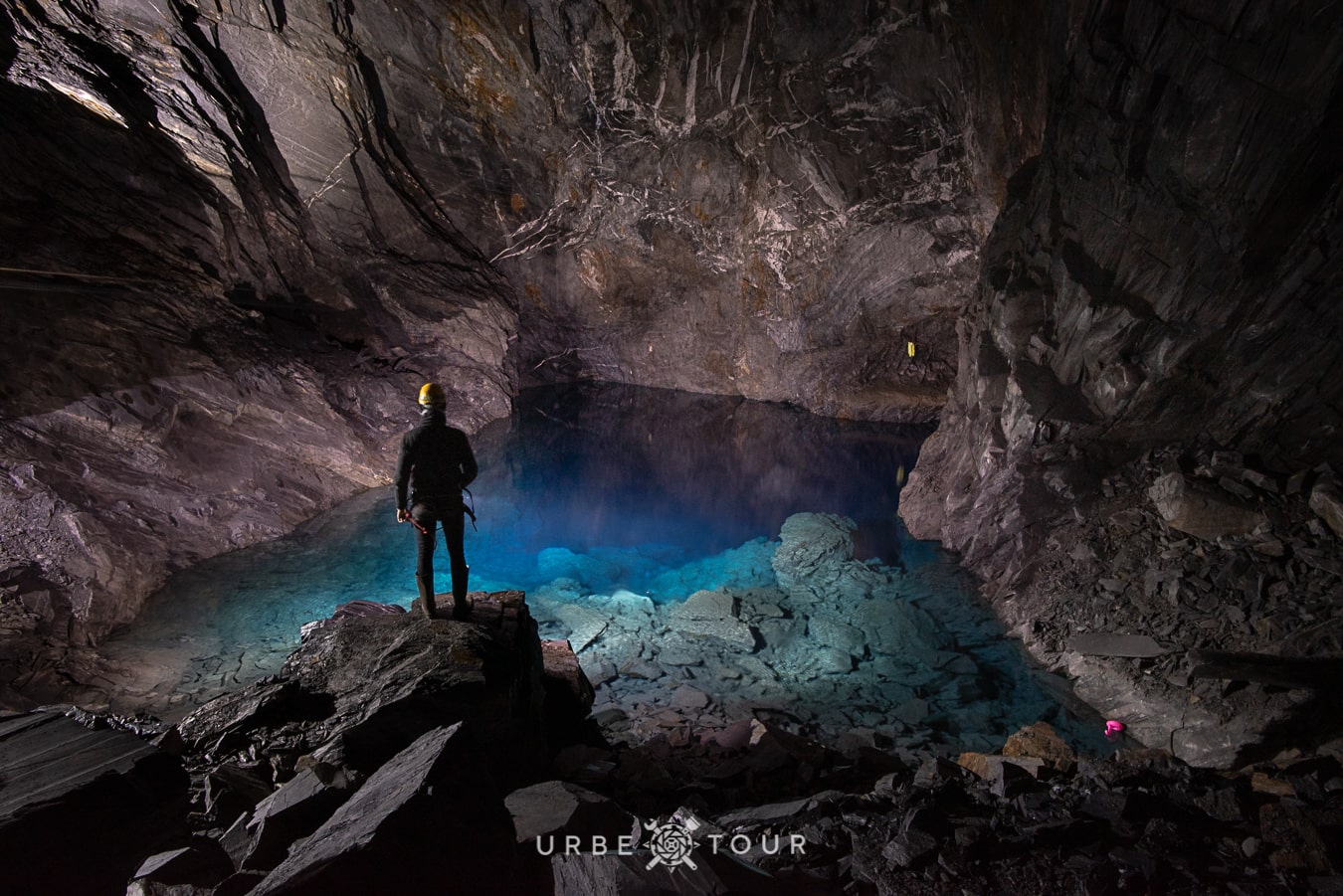 The main thing is not to dangle, you can wet your ass in the cold water. 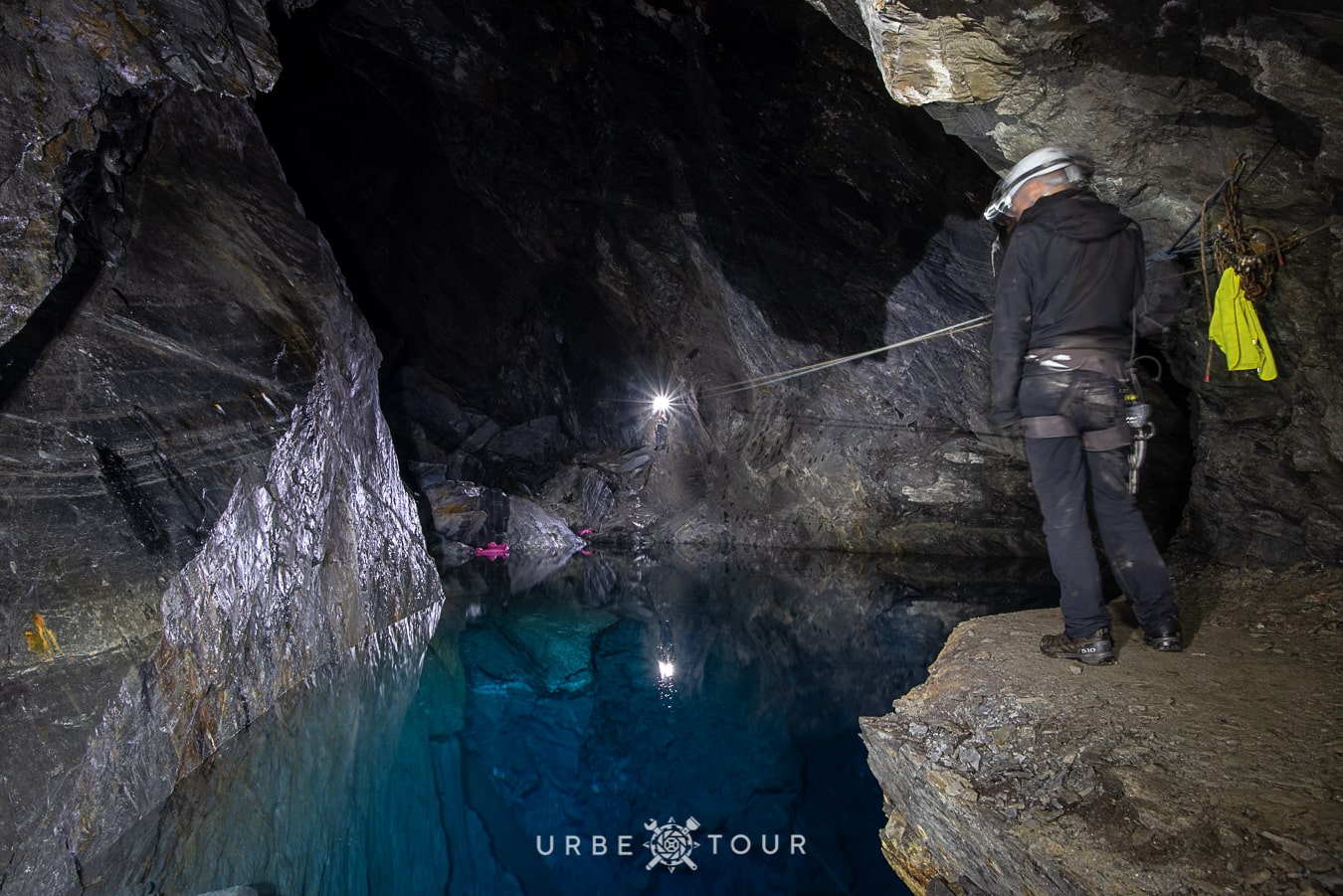 Suspension bridge over the lake 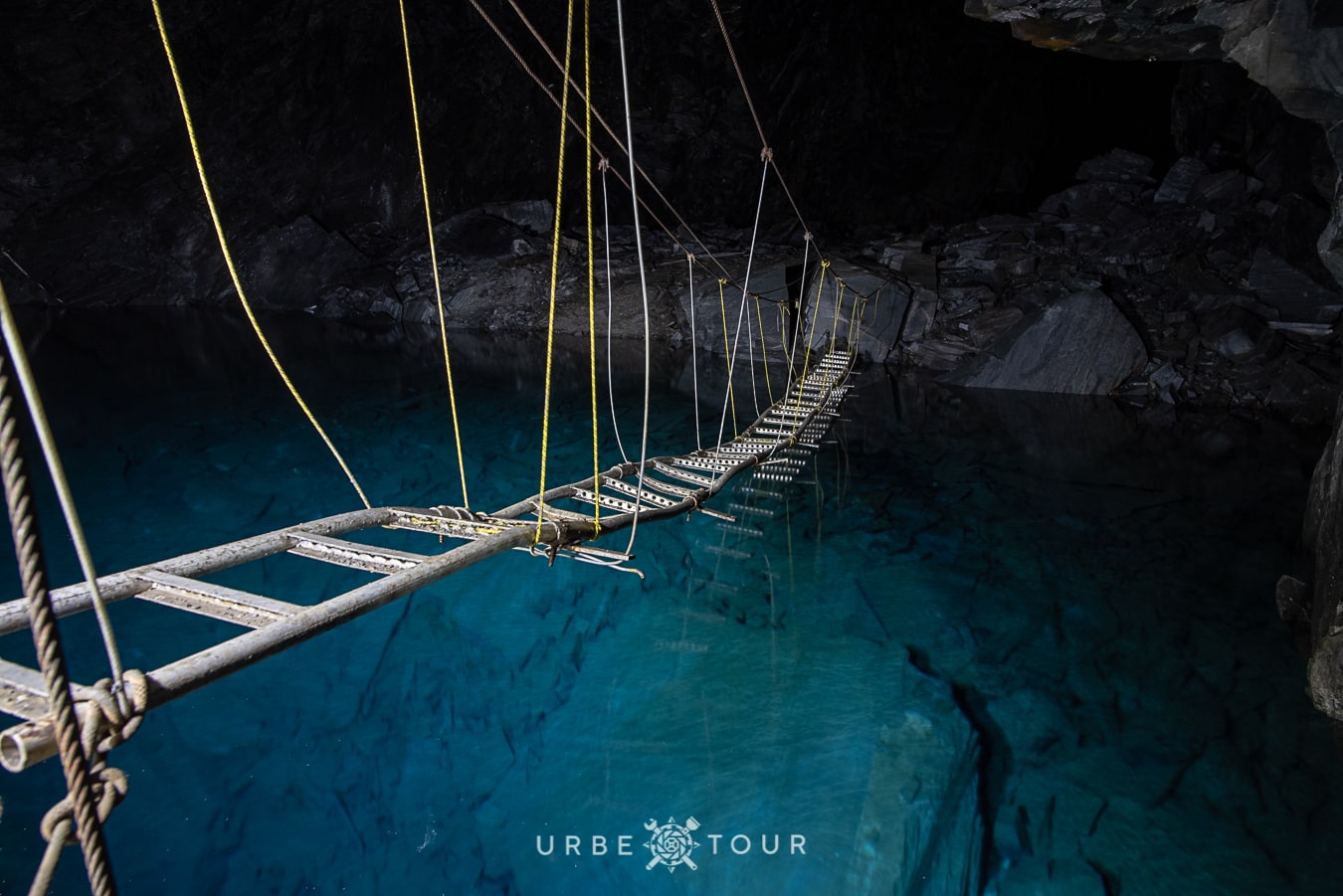 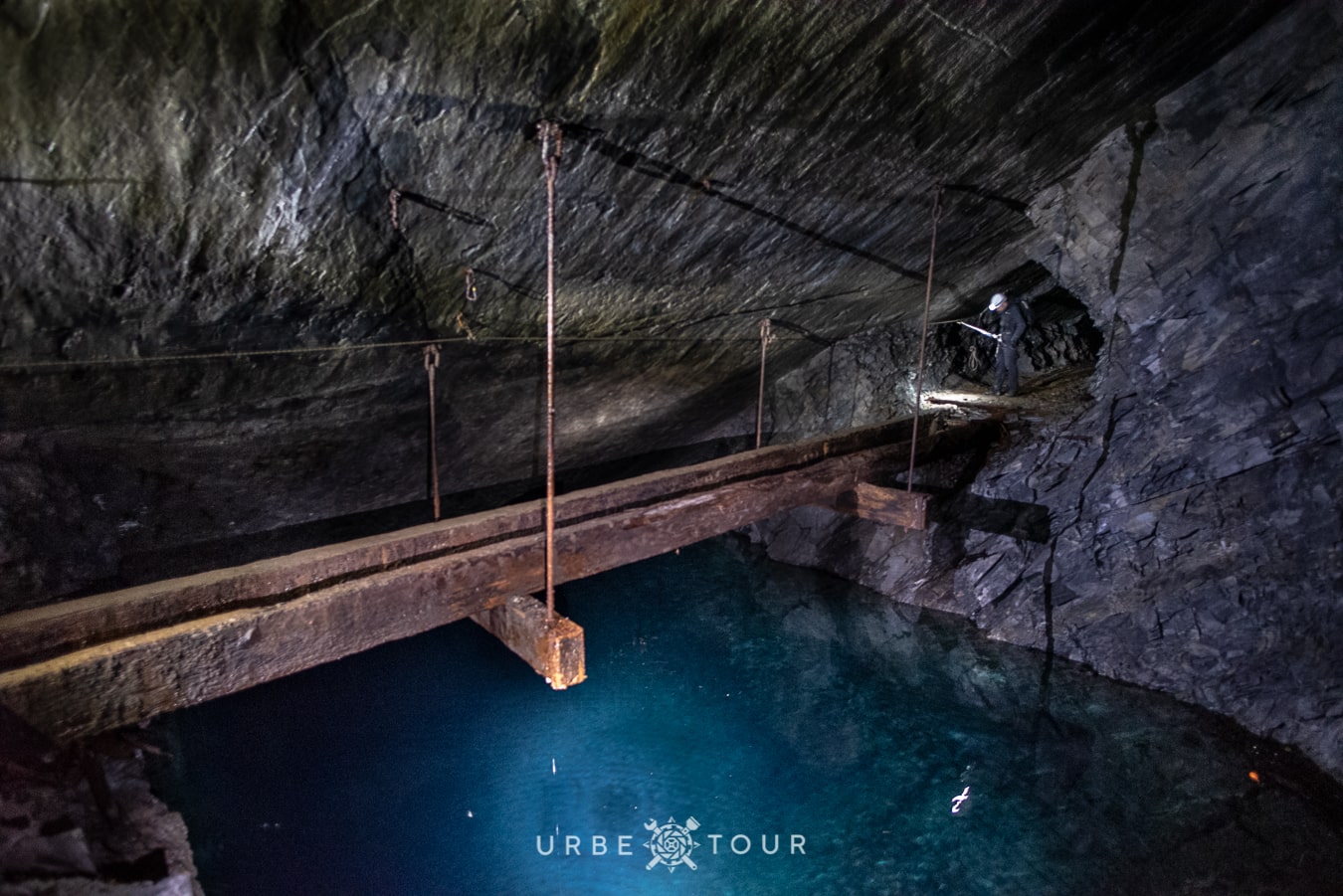 Descend into the dark. At this point, you need to go down the rope straight into the boat in order to swim over a particularly large underground lake. 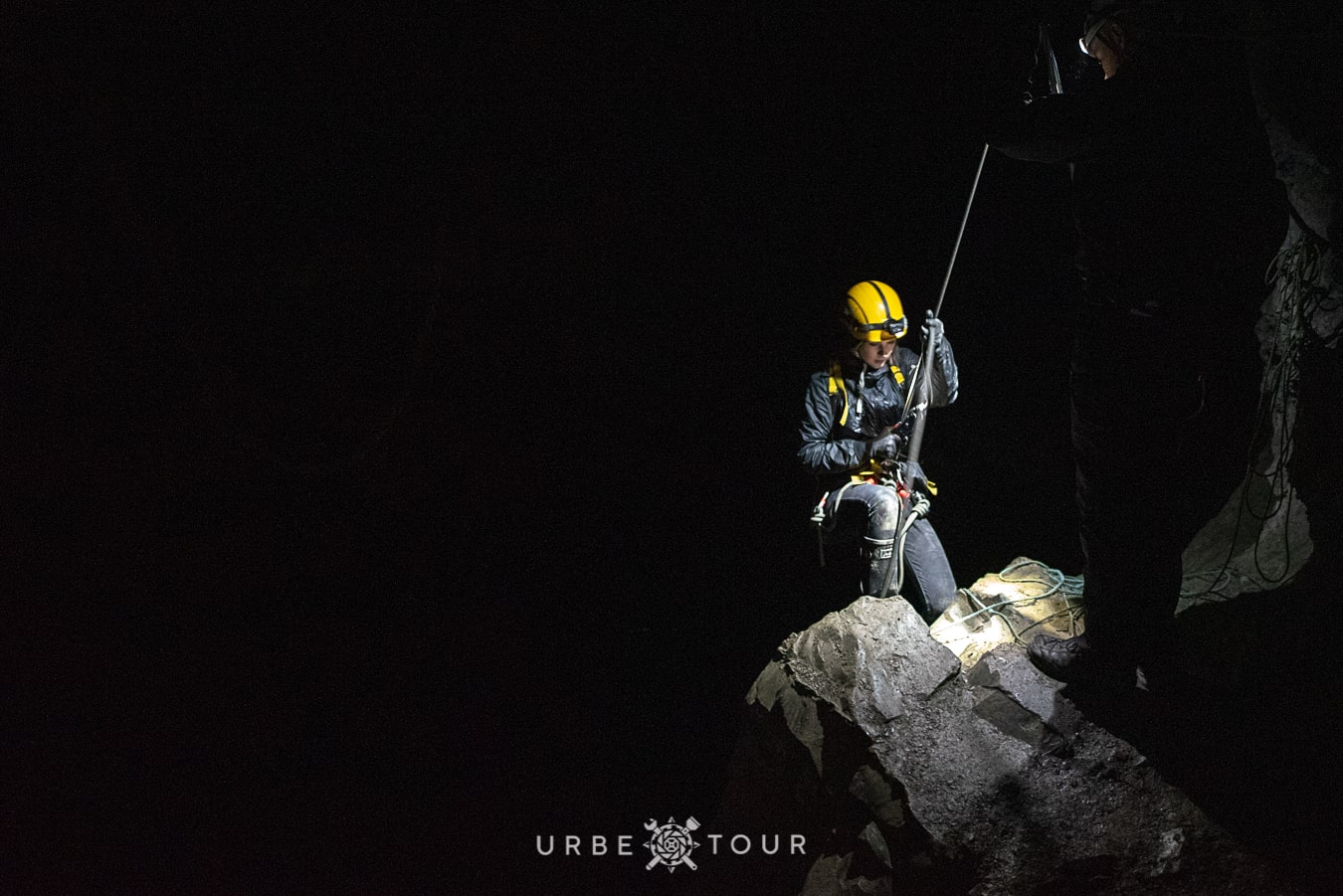 The old suspension bridge crashed many years ago. 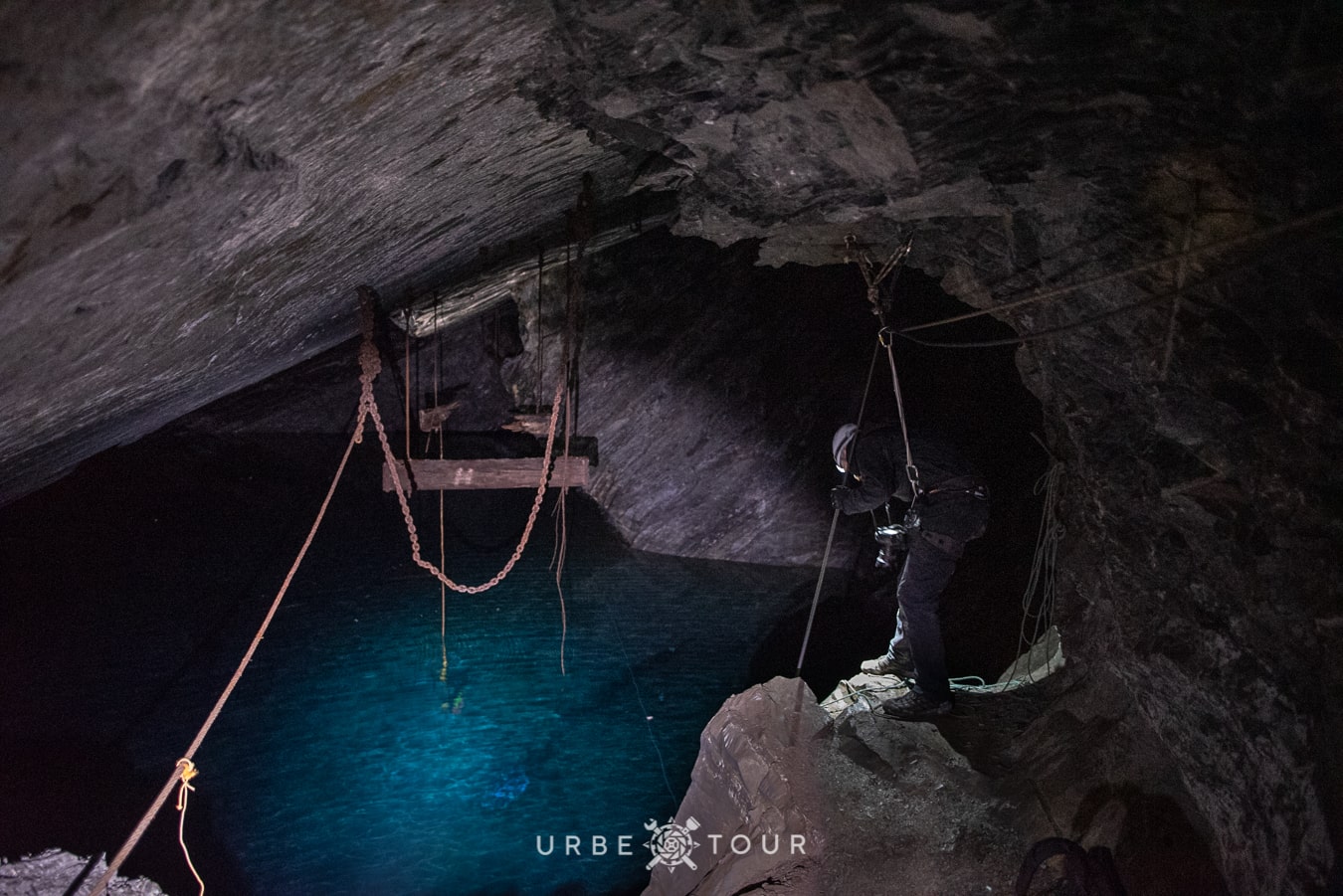 Our team, floating on an underground lake. 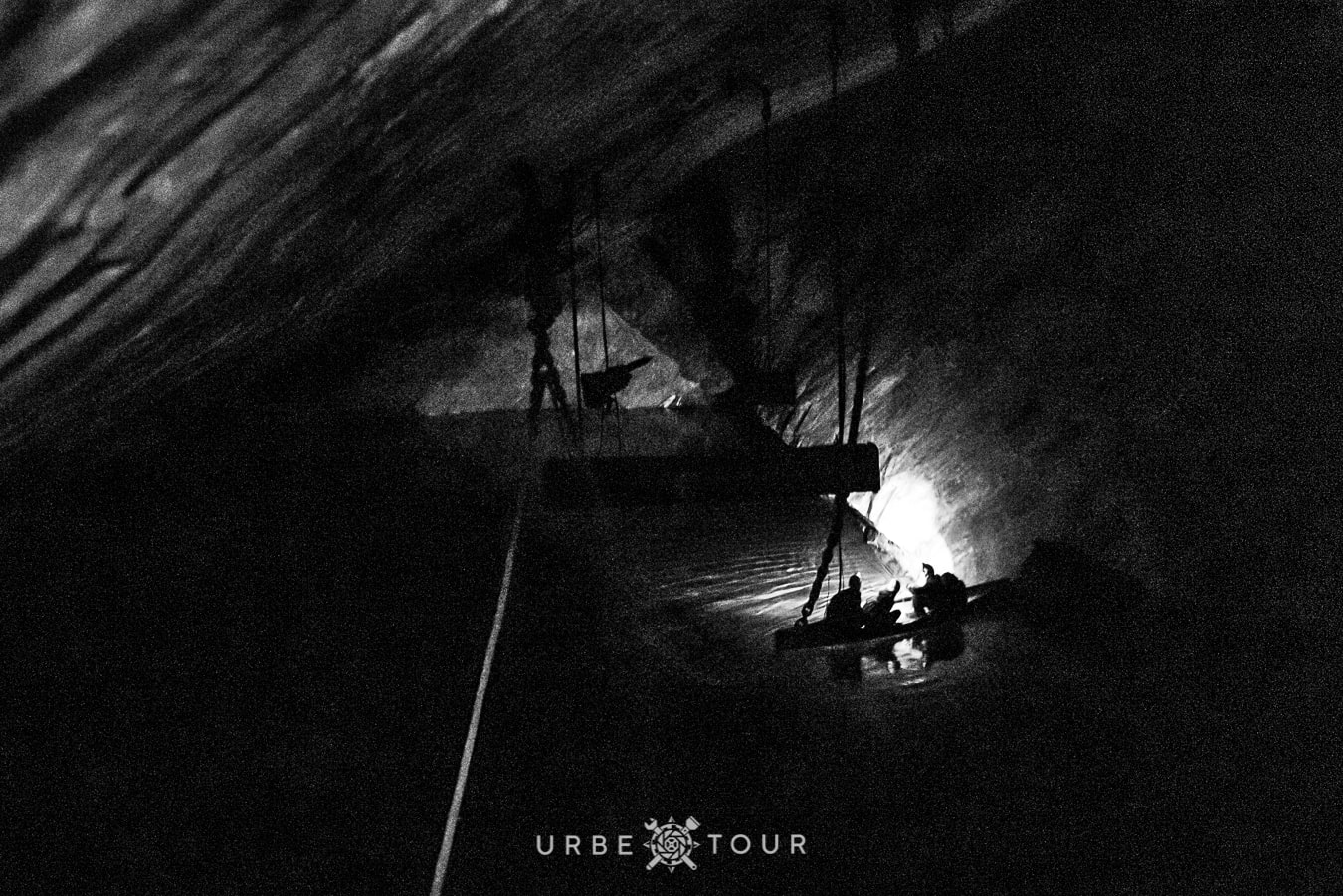 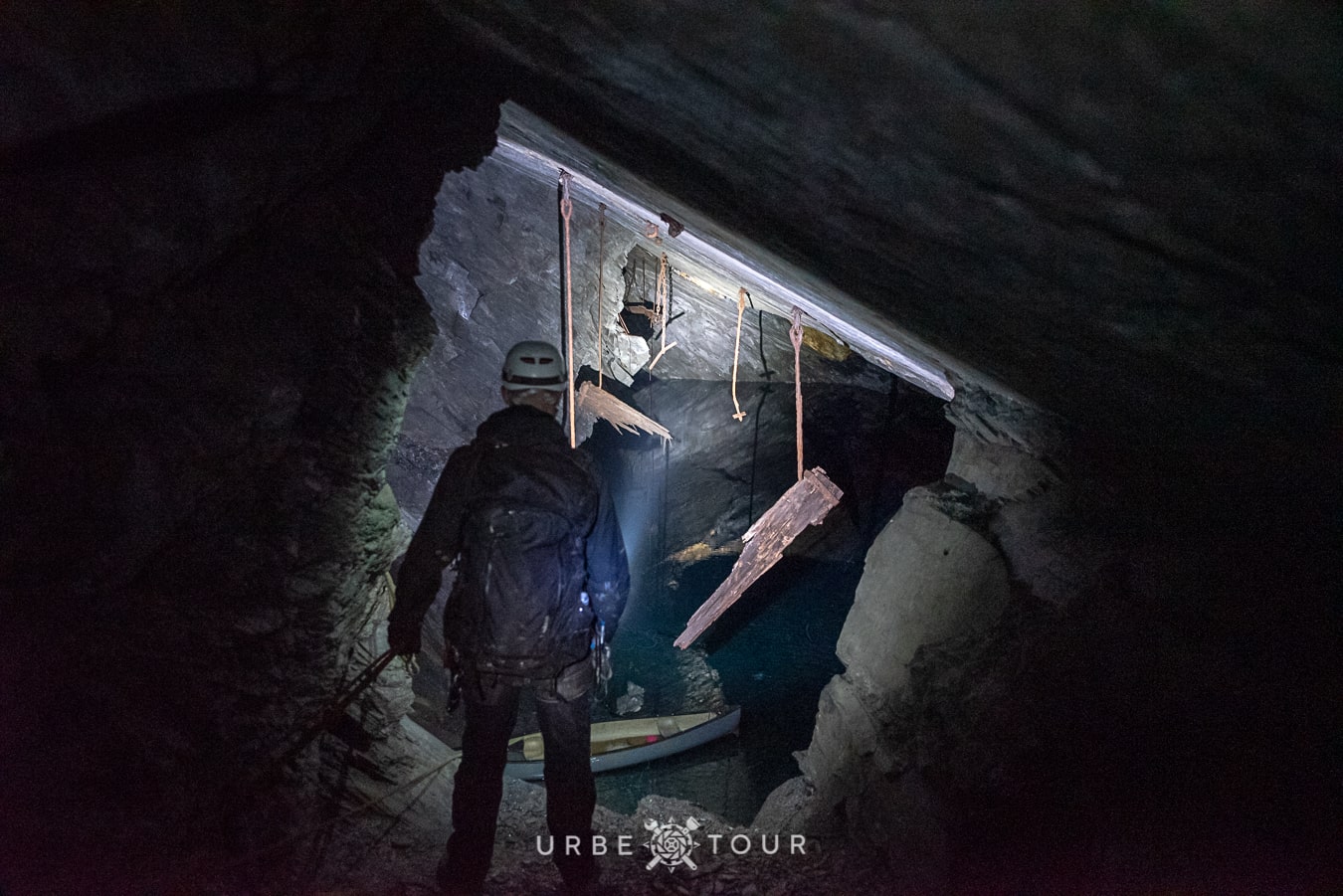 Going further, we found that the way to the exit is blocked. It took us a long time to climb over the latest rubble and find a way to the exit on one of the upper horizons of the mine.

Better is to feel once rather see million of photos. Book Urbex Tour to underground Kyiv and join to the unique diggers’ comunity! 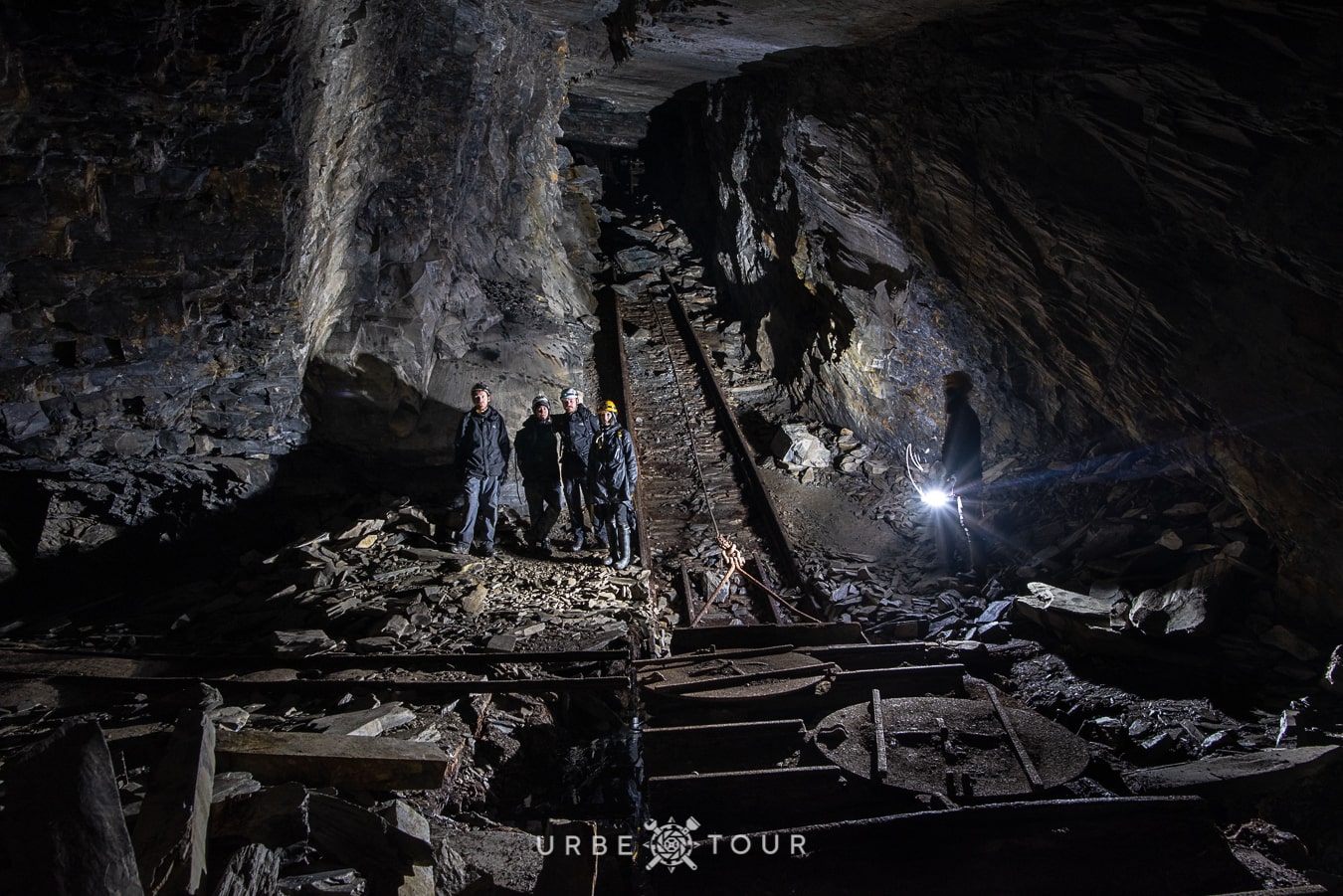 Unfortunately, there’re not many photos, but you can watch the video of these guys to imagine the route.