The name of Vozrozhdeniya island sounds ironically, in case if you know its history. The place where biological weapons tests were conducted, and which has become another ghost town on the map of the CIS, even today doesn’t give hints of an oasis in the middle of the Aral Sea.

In the 16th and early 17th centuries, an island, worthy of special attention of the tsar, appeared on the surface of the Aral Sea: fishing and hunting grounds, cozy bays and a considerable territory. It was called after Nicholas I, and used as a natural reserve about one hundred years. And it was Nicholas I, who proposed to rename it to Vozrozhdeniya island, emphasizing its chosenness and beauty.

After that another authorities and the beginning of a new history had came, because it is difficult to find the best location for desposition of the top-secret Soviet facility where biological weapons are being tested. The few people who were living there were evicted by building military facilities and transporting variety of equipment and machinery. Remoteness from civilization and difficult access to the archipelago on the border of Uzbekistan and Kazakhstan, turned Vozrozhdeniya Island into a paradise for testers. Landfill “Barhan” has started its life.

The military town Aralsk-7, aka Kantubek on Renaissance island in its best years. 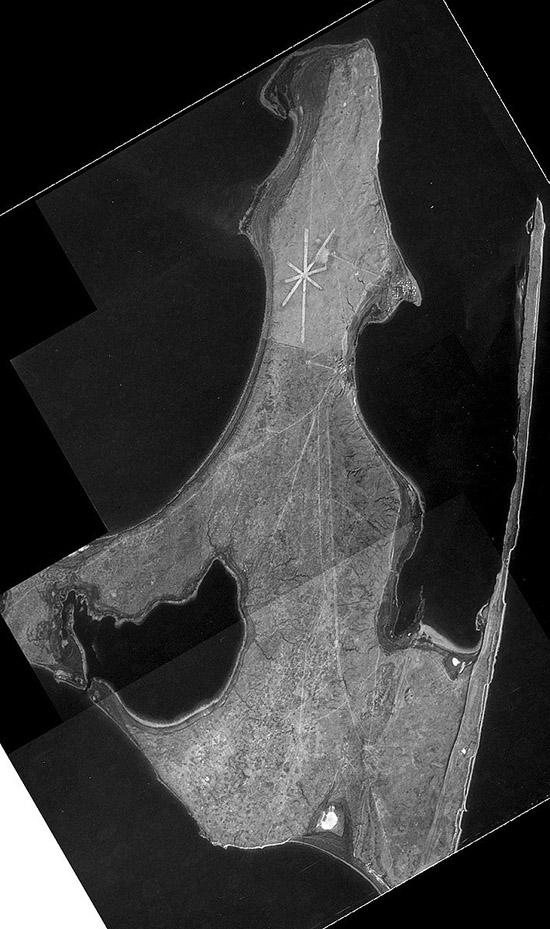 The bottom of the dried Aral Sea today 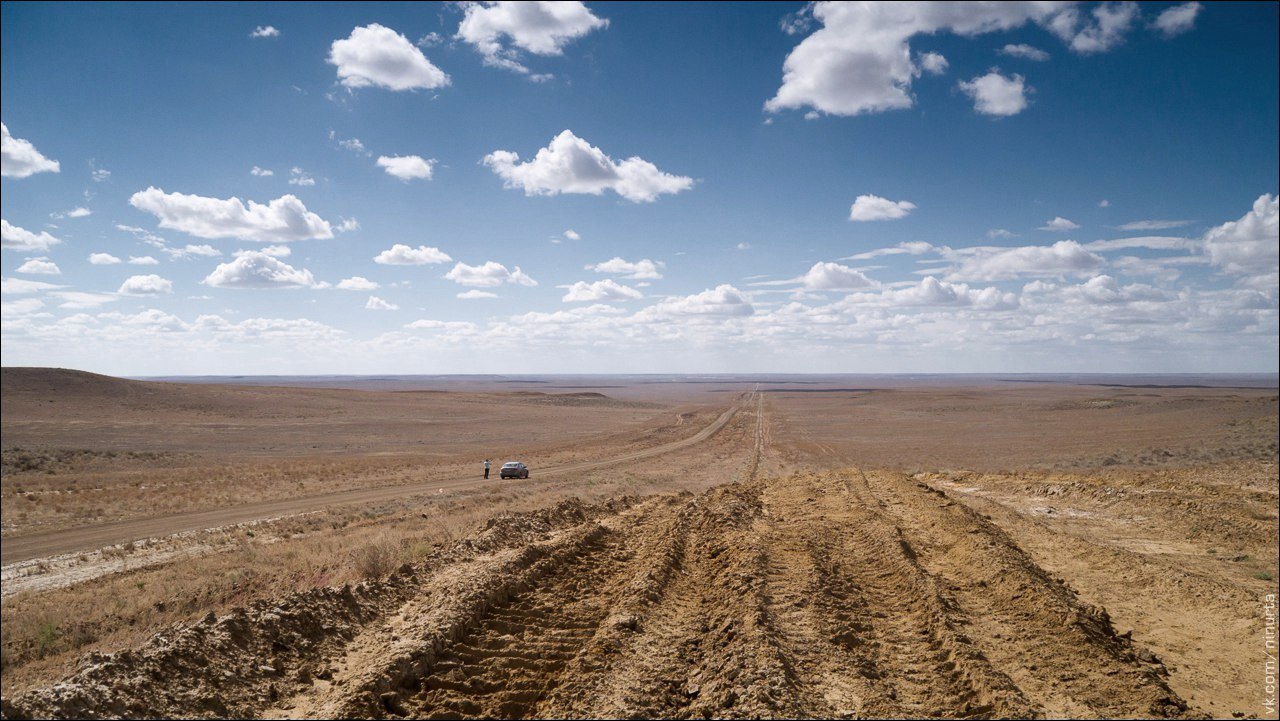 Join our Kyiv Underground Tour to bring something newto your life!

The first expedition appeared there in 1936; Ivan Velikanov, who is considered the godfather of the bacteriological program of the USSR, led it. The experiments were carried out based on plague, cholera and tularemia bioagents. Then the Great Patriotic War came, and everything had stopped.

The end of the GPW was the beginning of boost in testing. In the northern part of the Vozrozhdeniya, Aralsk-7 (also known as town Kantubek) appeared, with houses and amenities for the military. There was also built the unique four-lane airfield “Barhan”, built on the principle of the wind rose.

A total of a couple of kilometers from the houses of the military was located driveaway Scientific Research Laboratory-52 – that notorious field research laboratory, which was being conducted experiments with strains of tularemia, and many other viruses. The corpses of experimental animals were burned, organizing an inconspicuous funeral outside the walls of the laboratory. Explosions of shells with anthrax, plague and other biological agents (including artificial ones) took place in the southern part of Vozrozhdeniya. After each test, special measures were carried out to clean up the area, and the testers themselves were sent to quarantine.

American intelligence claimed that the banned Anthrax-836 (an anthrax agent) was produced on the territory of the USSR. The burial grounds with tons of Siberian plague were placed exactly on Vozrozhdeniya island.

If at first nobody noticed all the consequences of those tests, then the acceleration of the shallowing of the Aral Sea (which led to the transformation of the Vozrozhdeniya into a peninsula as early as 2009), and the gradual transformation into a desert of the surroundings.

The abandoned jetty of the Renaissance island, the ships are still here, although the sea retreated hundreds of kilometers. 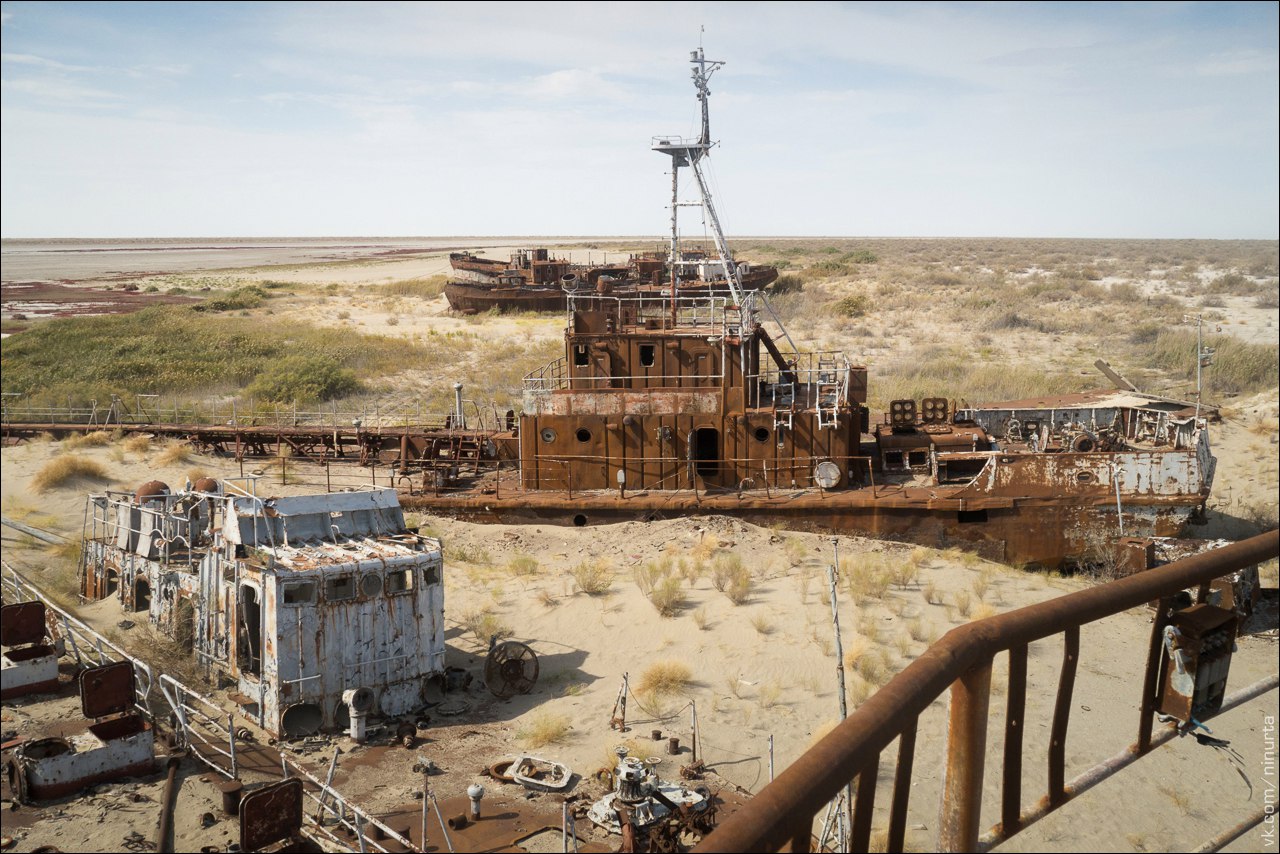 It is only sand inside the cabin now. 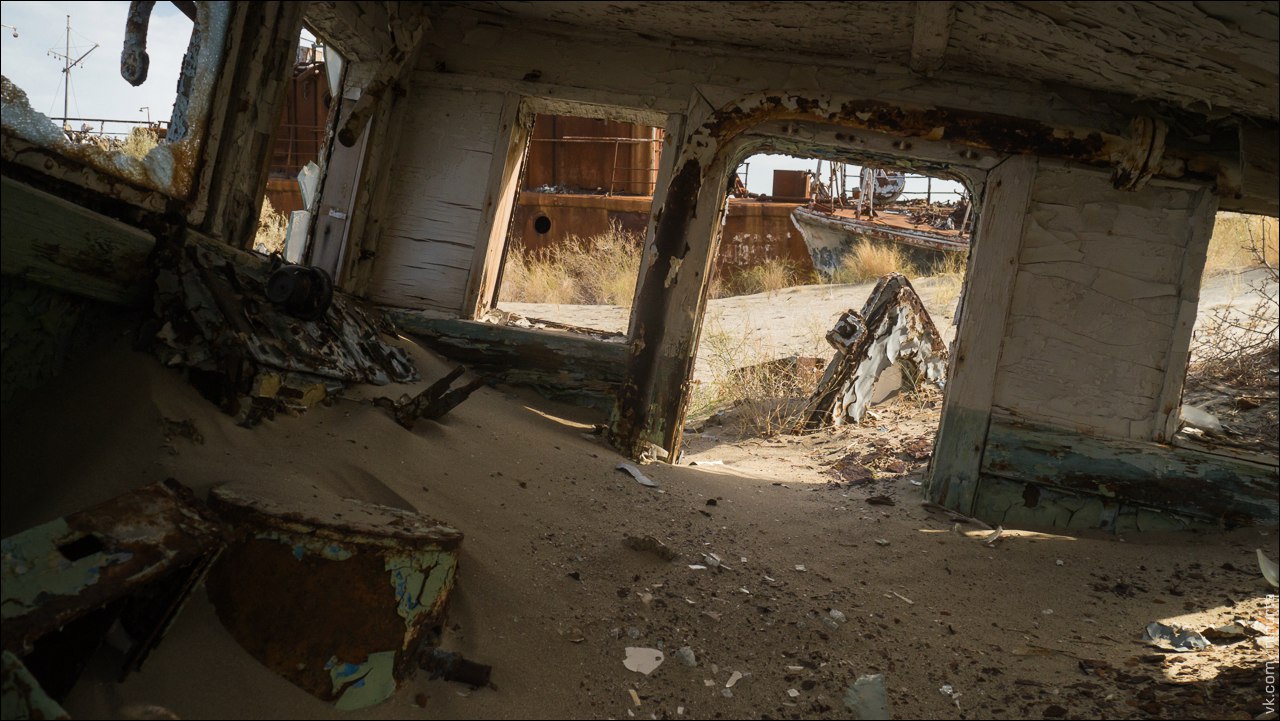 Dashboard of the ship. 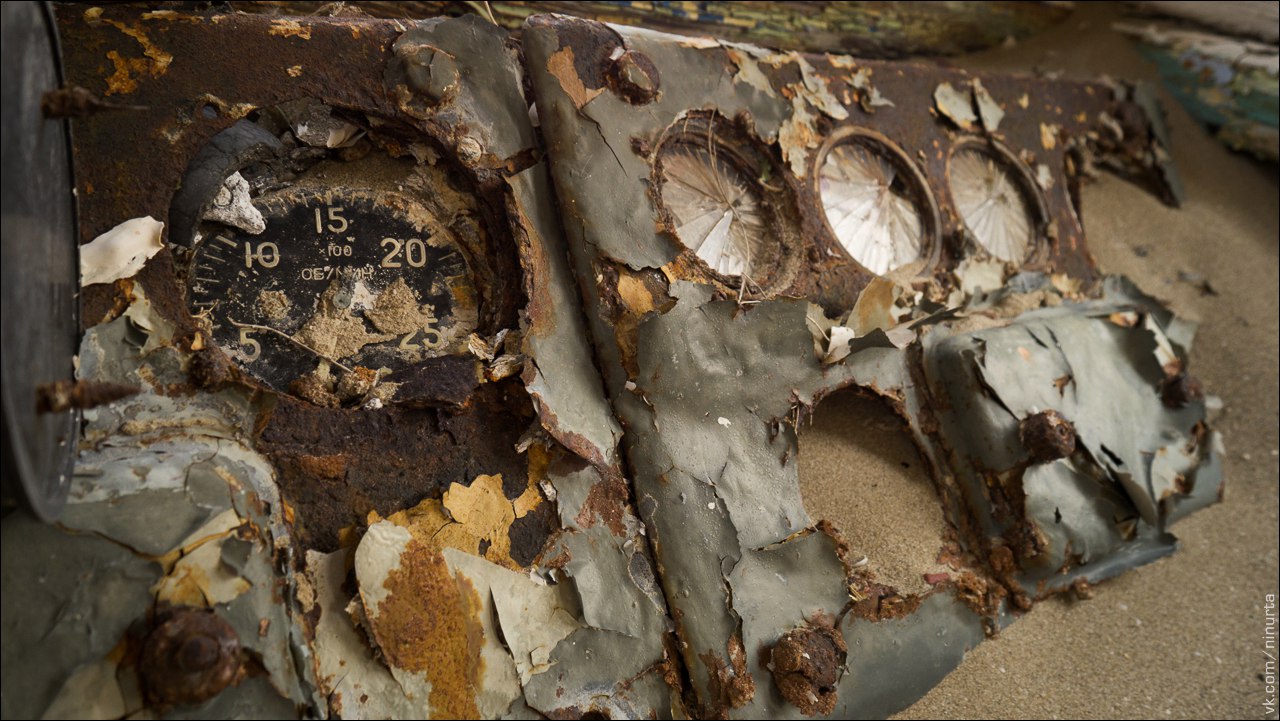 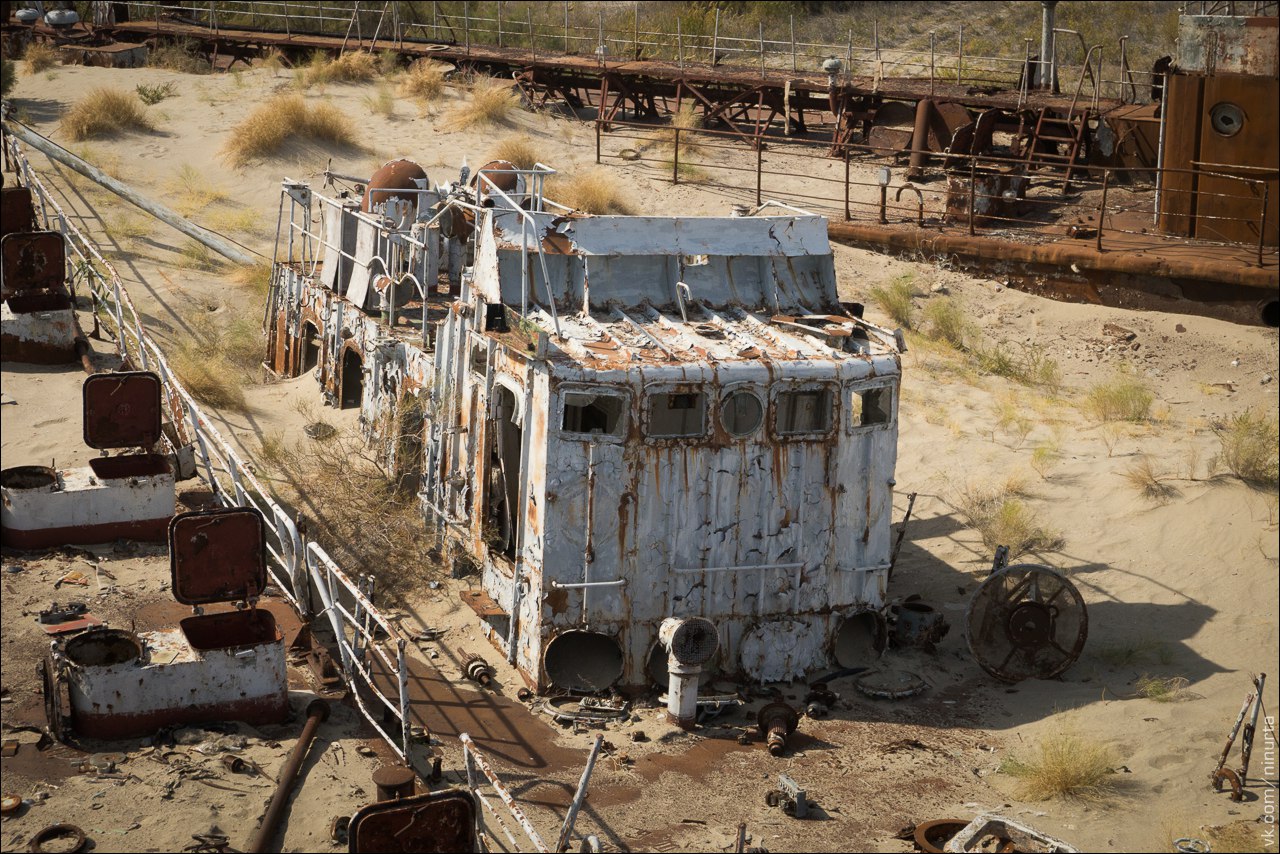 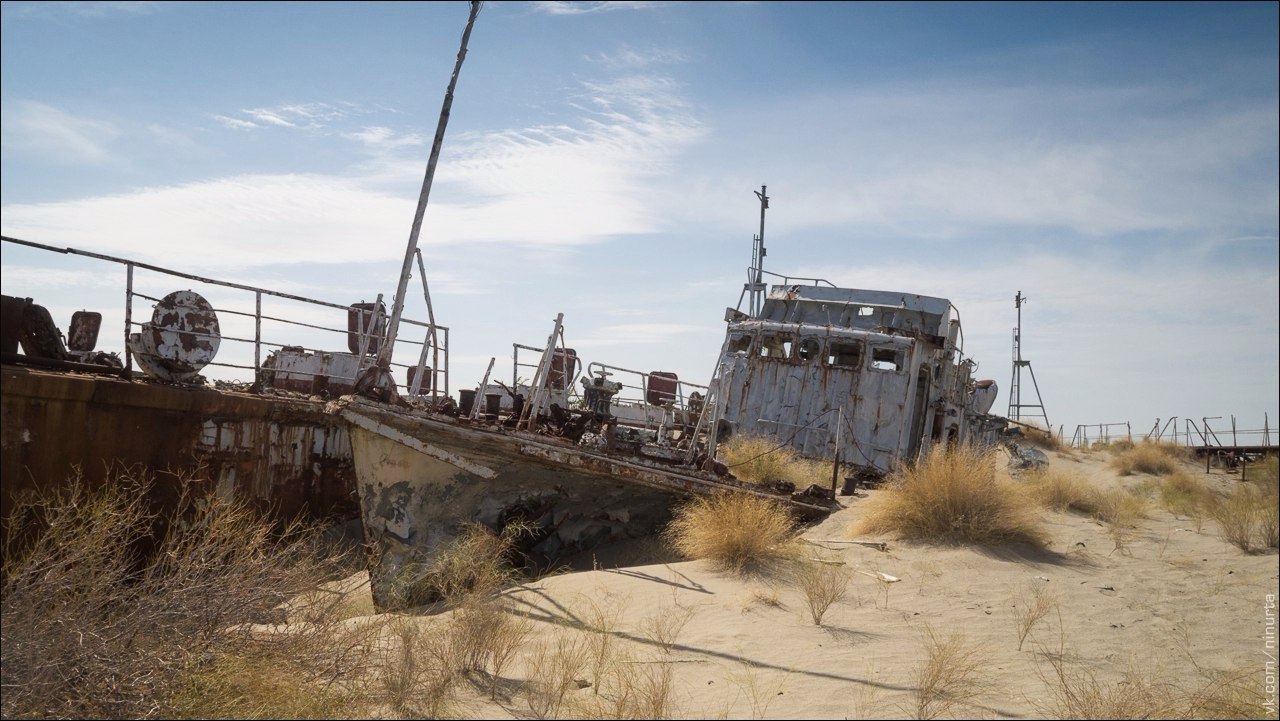 The collapse of the USSR and turning into a ghost town

Officially, Aralsk-7 lasted until November 1991, it was then that the relevance of biological weapons disappeared, and the USSR, which oversaw all research, collapsed. People were evacuated in a few weeks, and the laboratories and equipment were simply left. American military bacteriologists repeatedly came here, claiming that in 1995 there was a threat of infection; although in 1999 a refutation has come.

The ghost town of Kantubek today. 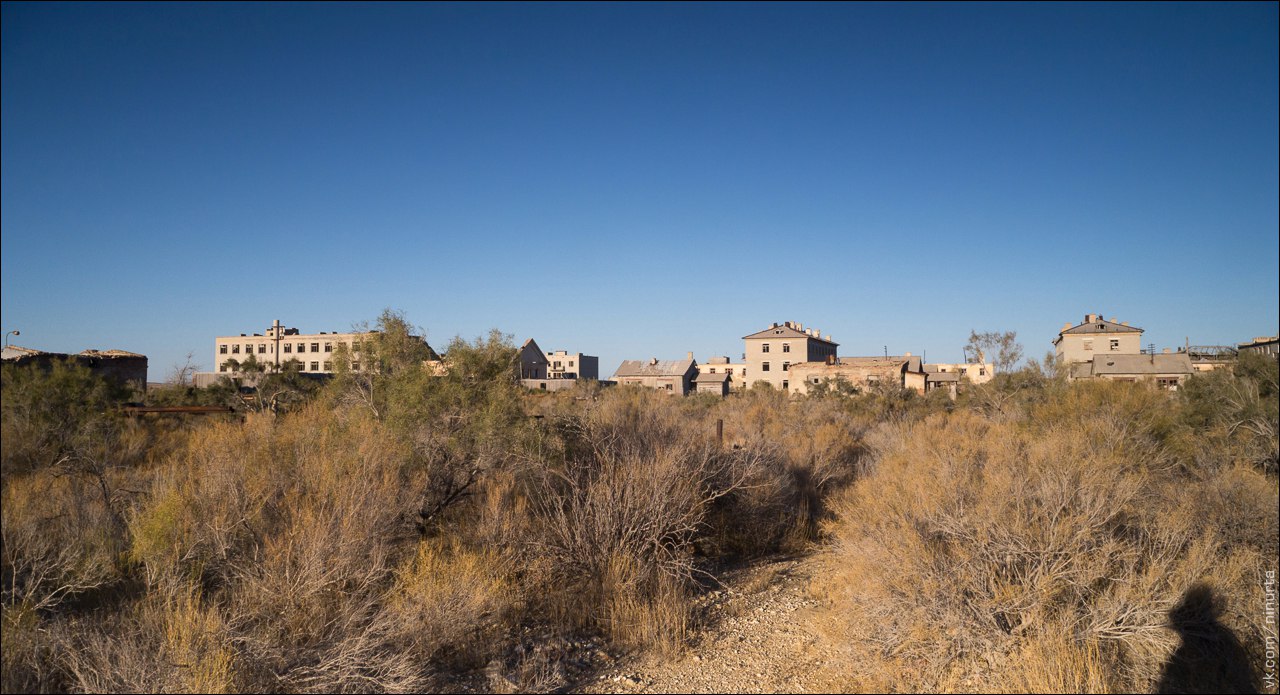 Armored vehicles with traces of fire. 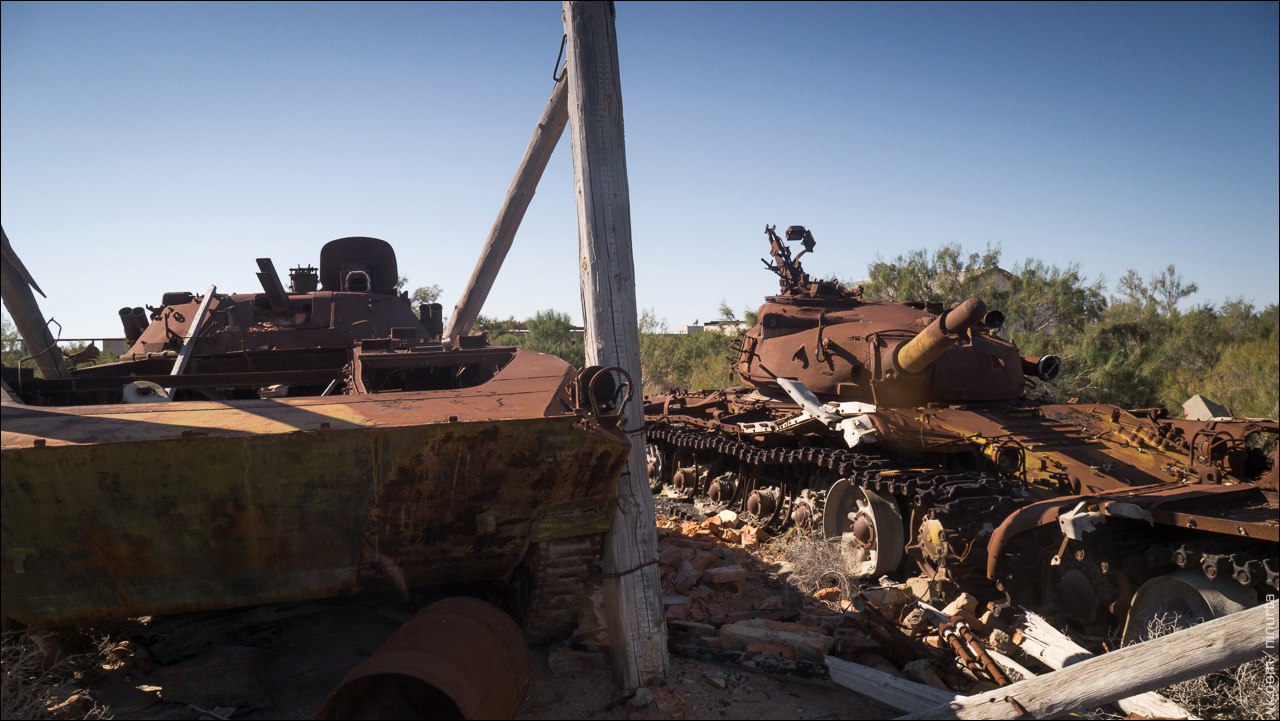 The left looters of Kantubek took advantage of the prowlers, who having taken away everything that could be taken out from the territory of the former landfill and sold. As well, stalkers, the only difficulty for which is the inaccessibility of the object, appreciate this location. 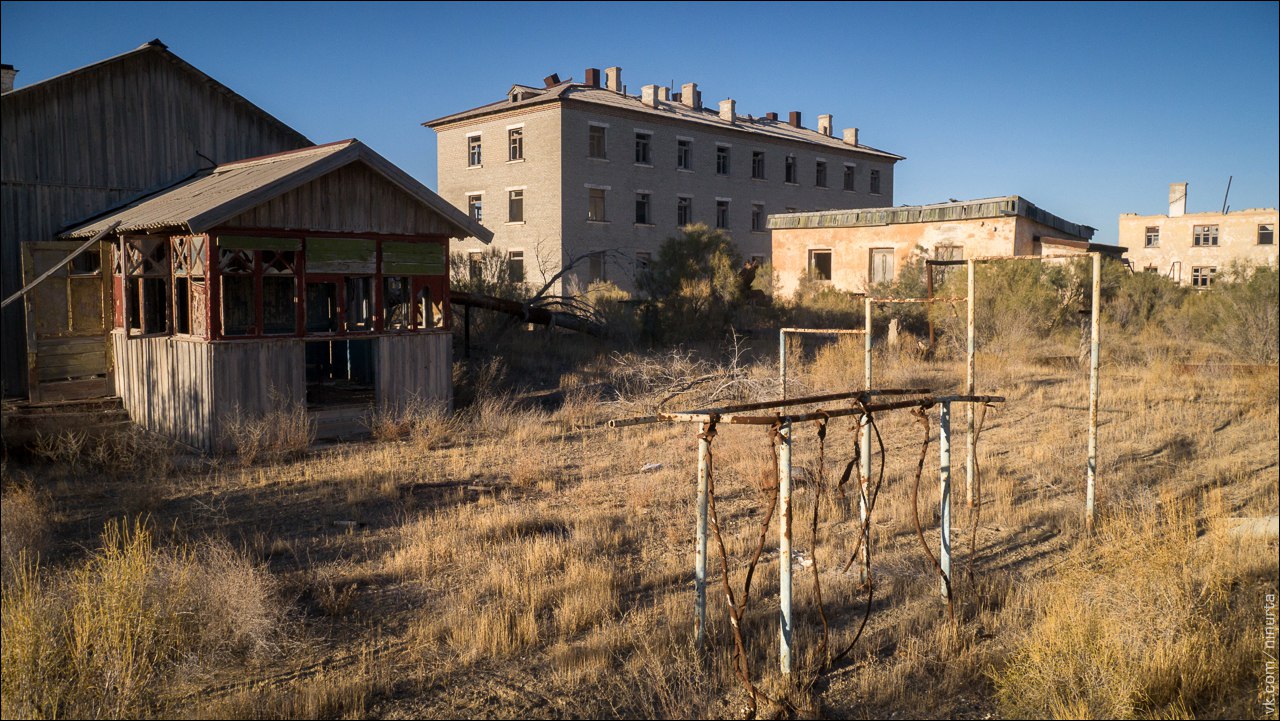 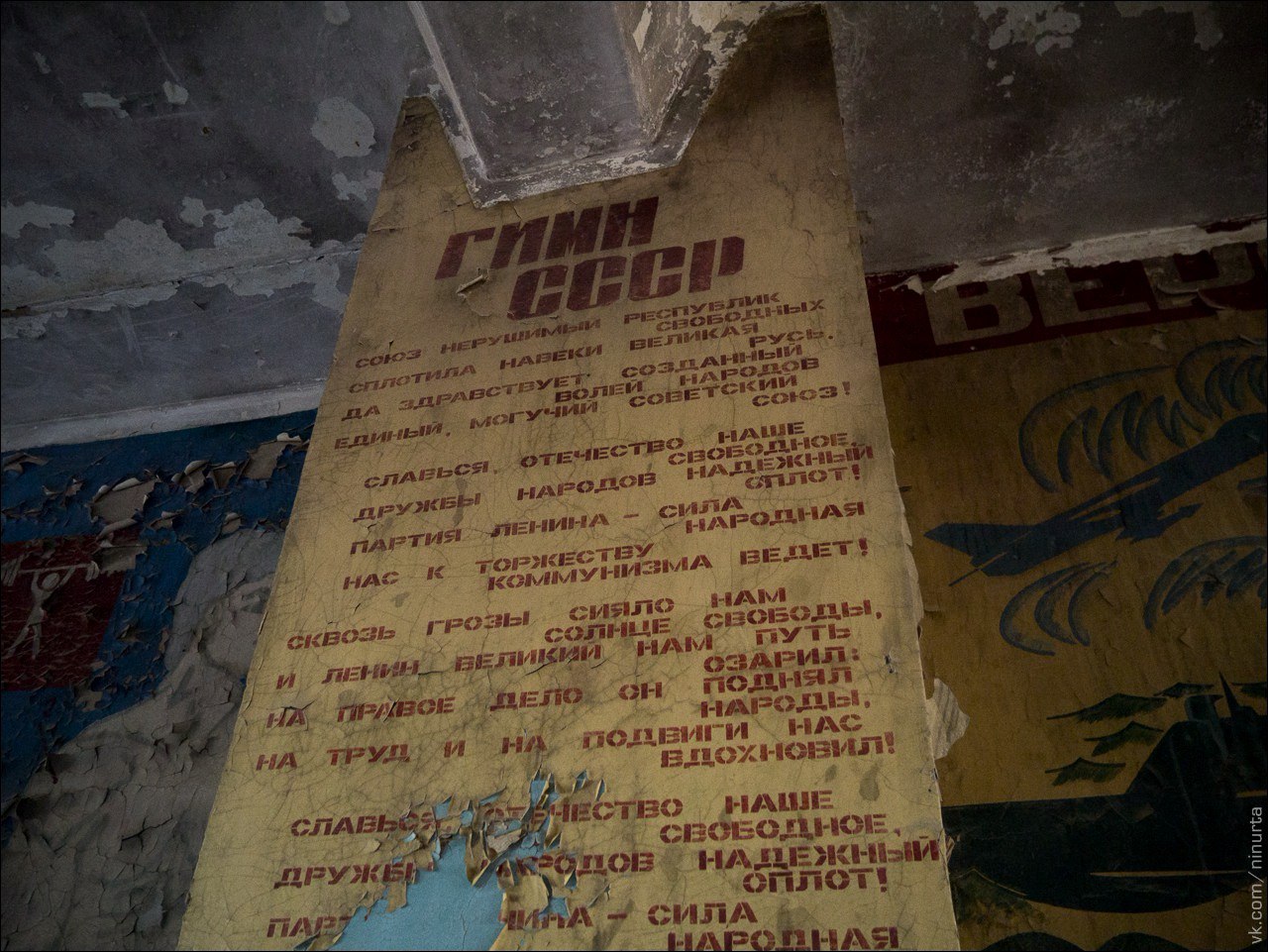 Cages in which animals for biological weapon tests were kept. 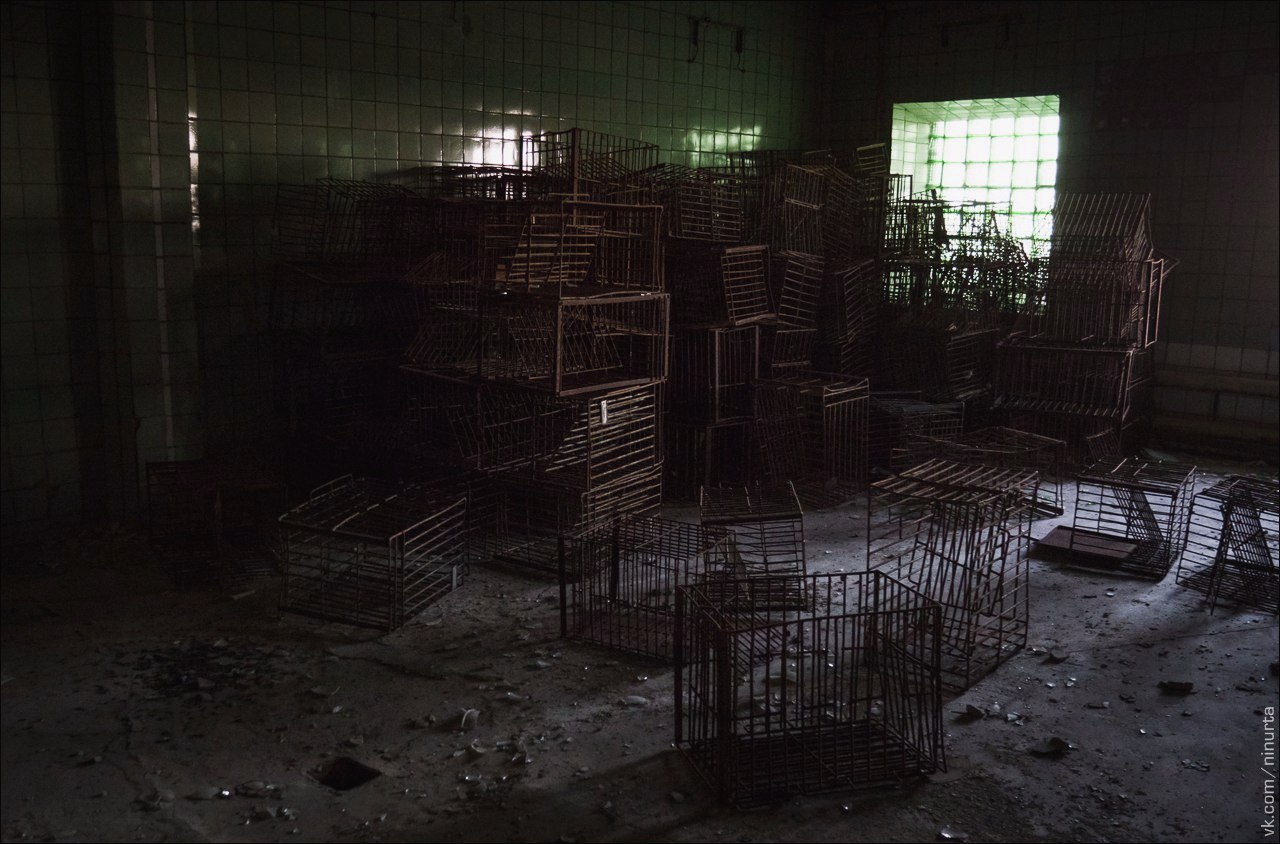 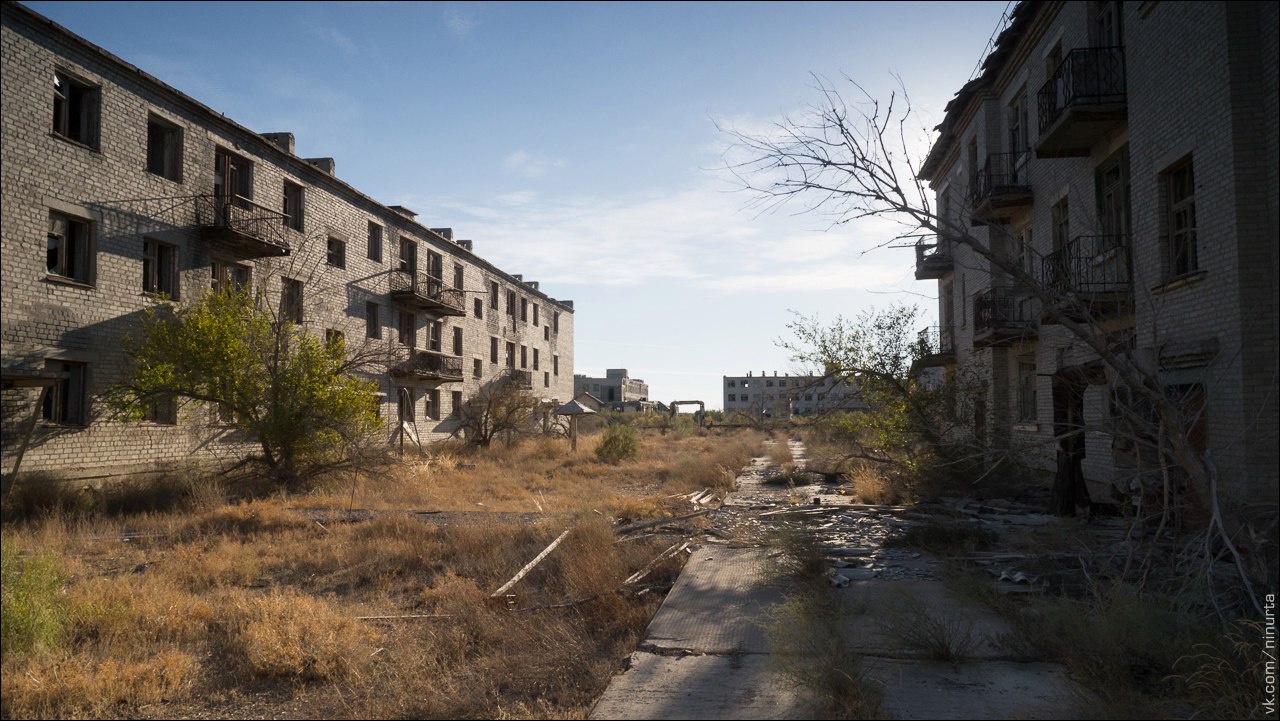 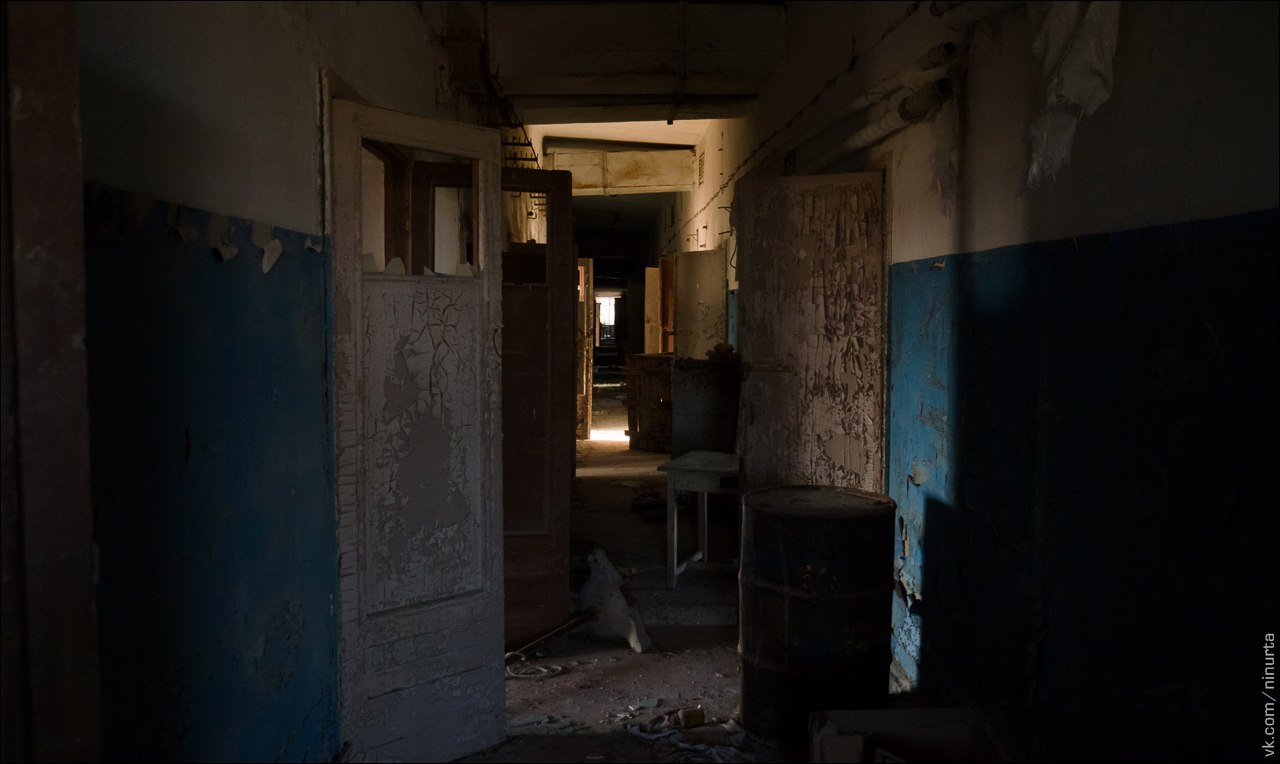 The entrance to the laboratory where chemical weapons test were conducted. 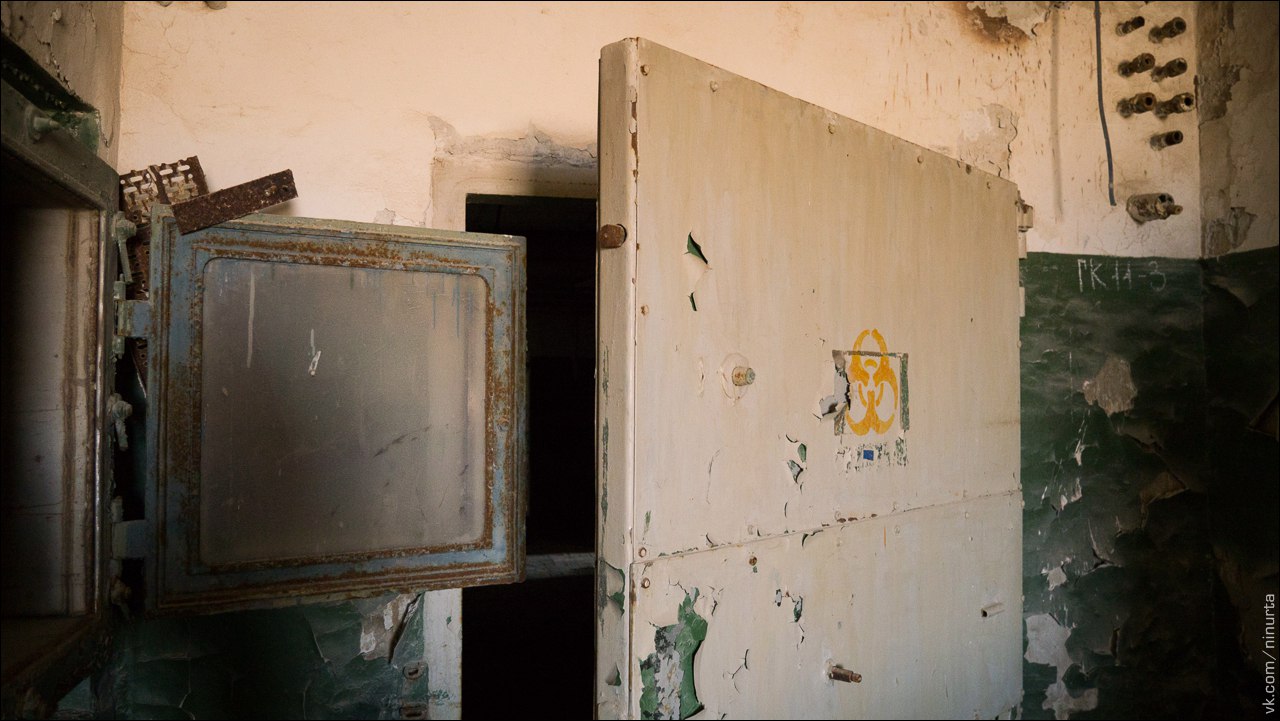 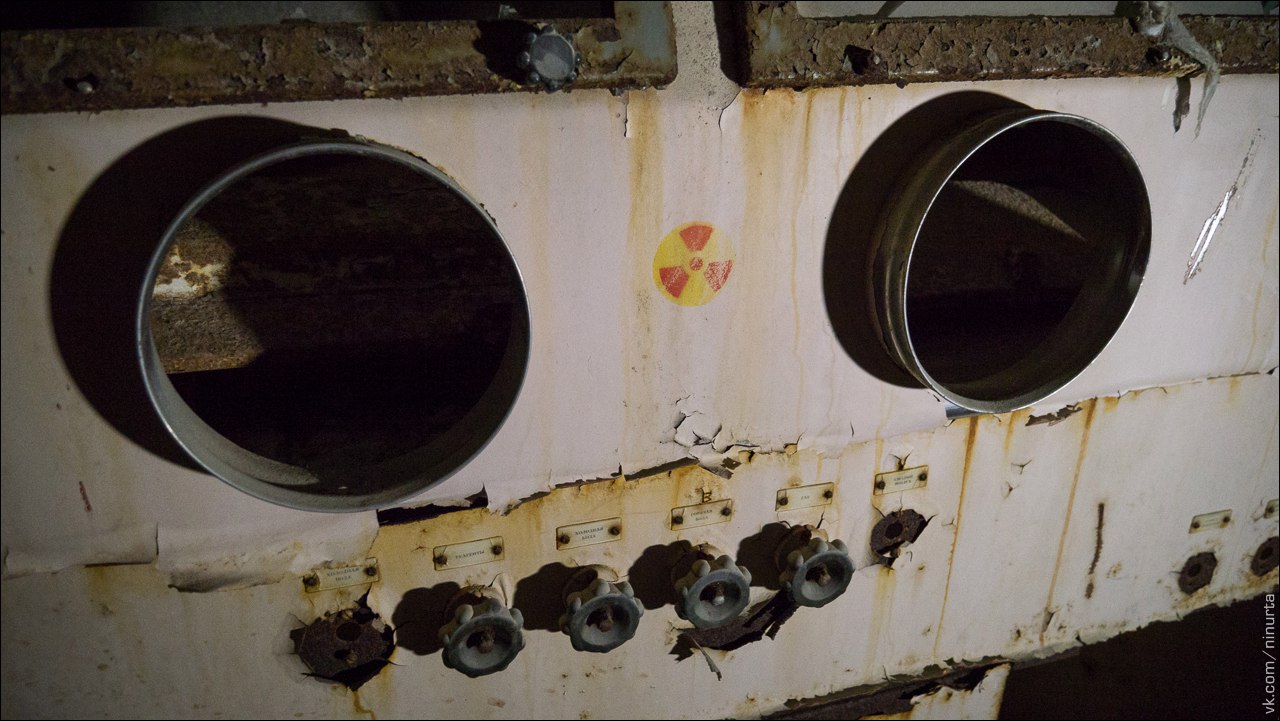 Past tests were not in vain. In 1992, Boris Yeltsin closed the territory, but even after 10 years and all the measures that have been taken to disinfect territory, the burial grounds still exude danger. Viruses do not tolerate high temperatures, and the climate of those regions is famous for them, but the concentration of the virus was so huge that the danger did not exhaust itself. Considering the transformation of Renaissance island into the peninsula, viruses can easily migrate to the mainland during the time. It is just another time bomb.

Today, in this region was opened the extraction of various metals, gas and oil. That is, the territory gradually begins to close again from outsiders.