Under the streets of Kiev exist more than 80 underground rivers. All of them have historical names. The most interesting between them is Klov, Glybochytsa and Skomoroh.

Skomoroh is left inflow of Lybid river has length about 3 km. In 2001, immediately after the terrorist attacks in the United States, the urban explorers investigated it and got out throw the manhole right … on the territory of the US embassy! The meeting with the marines was unexpected for both sides, but ended peacefully. Skomorokh flows into the Lybed river near the Victory Square on the territory of the Transsignal plant.

Renovated in 2014th tunnel has a square profile. 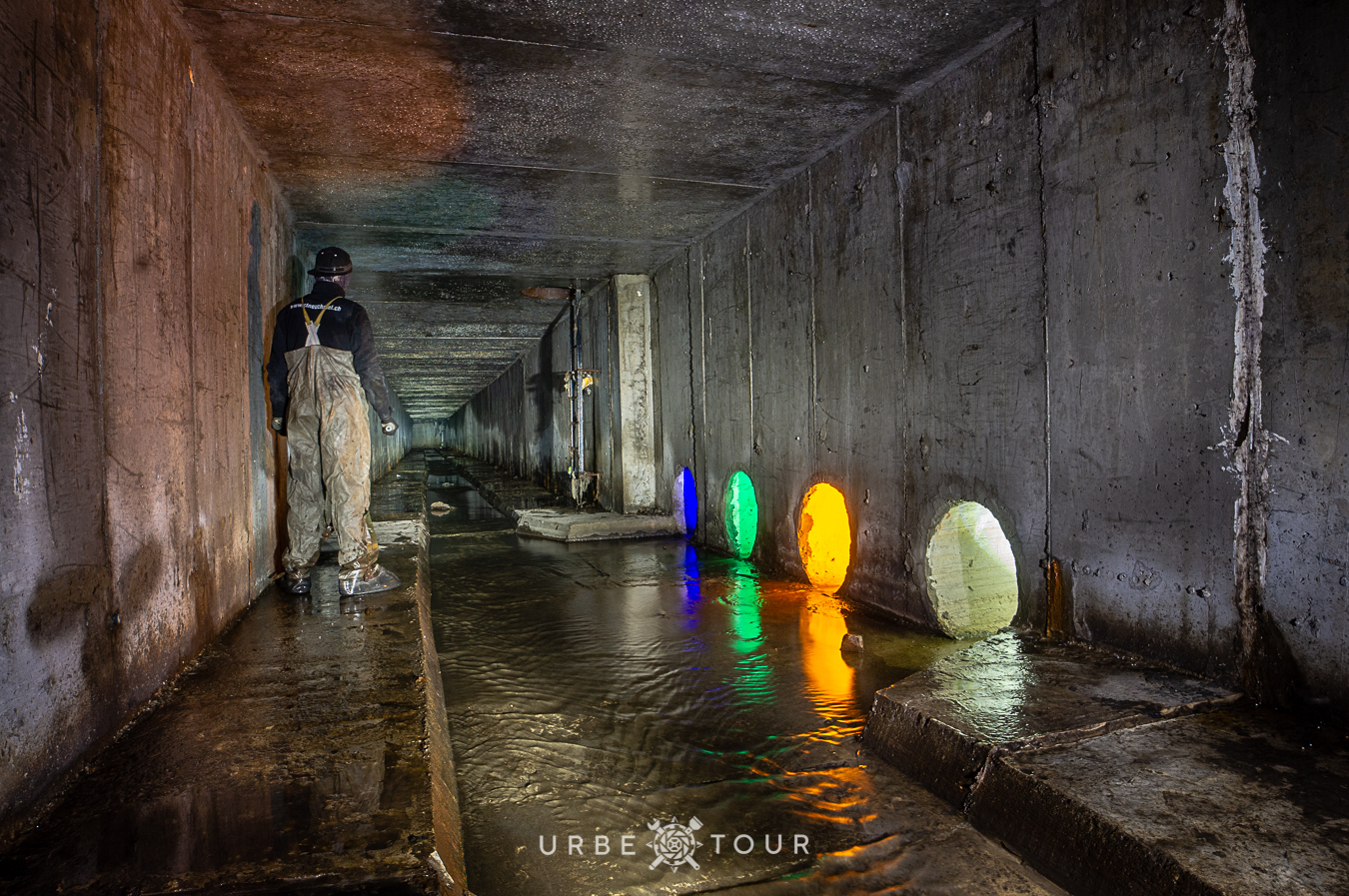 This strange manholes in the bottom of drain tunnels is reamaining of old sewer system which was here more than hundered years ago and doesen’t work anymore. 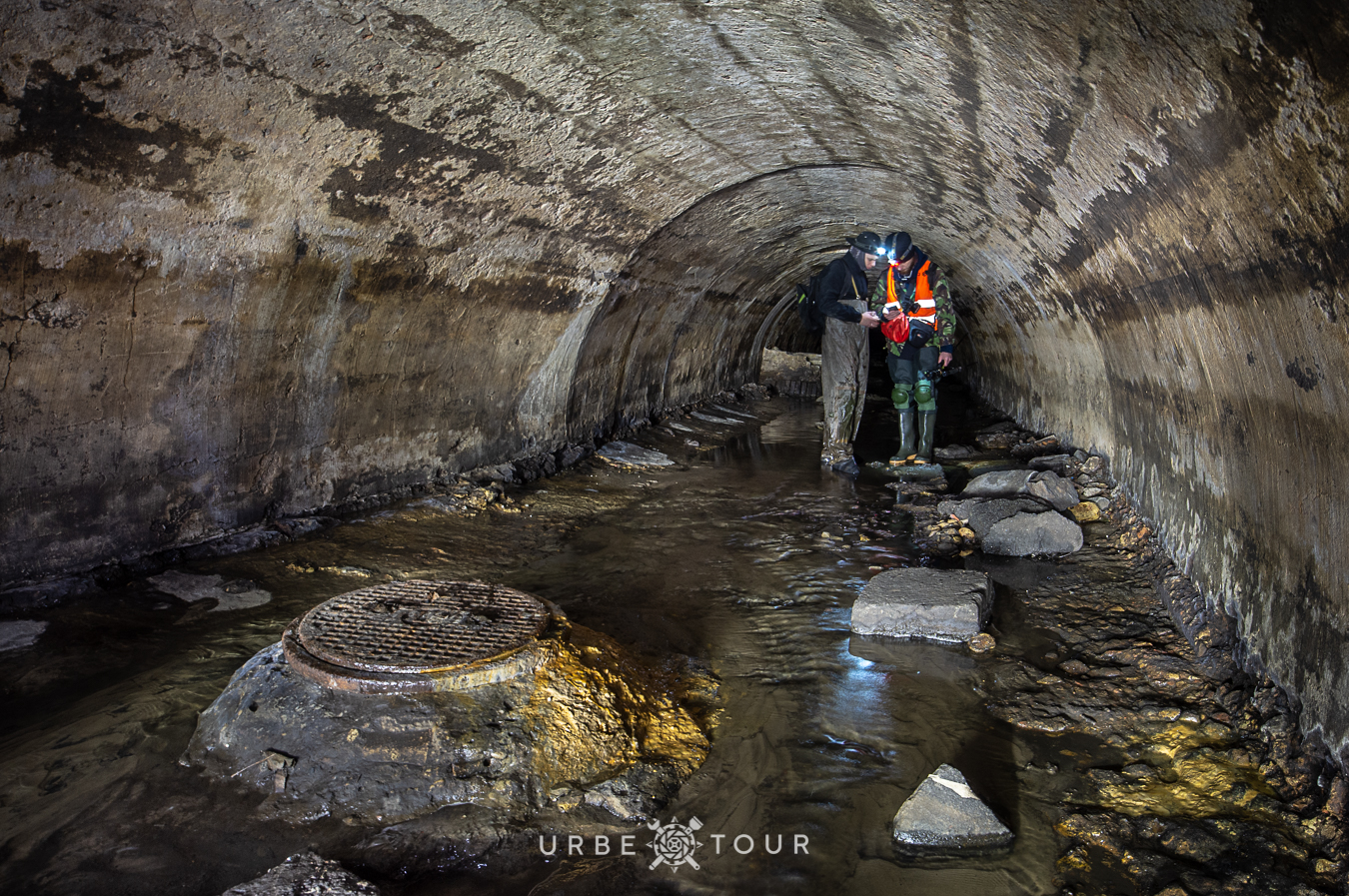 The highlight of this tunnel system is “The Great Collumn Hall”. It’s situated under a new building in the city center. 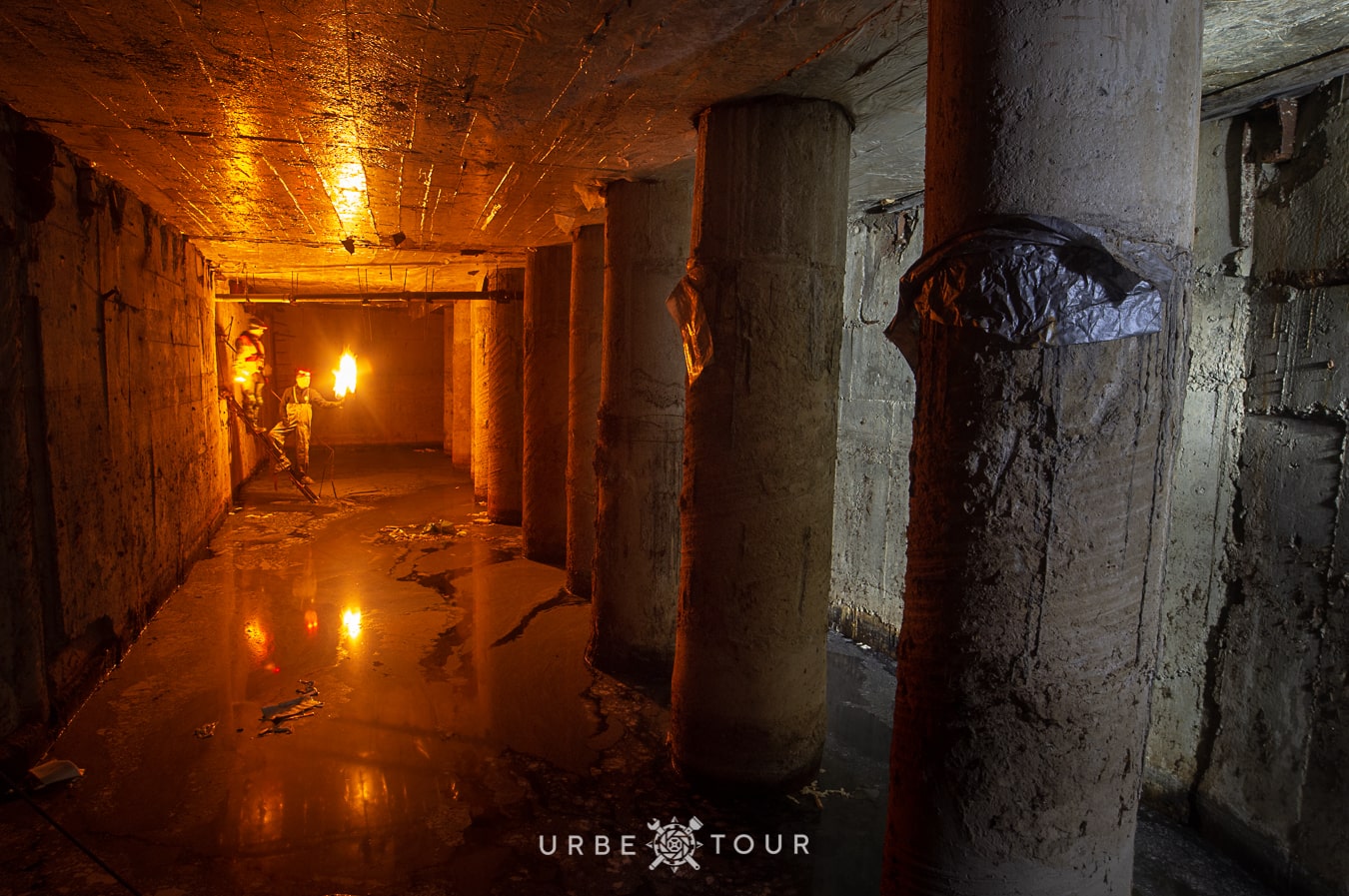 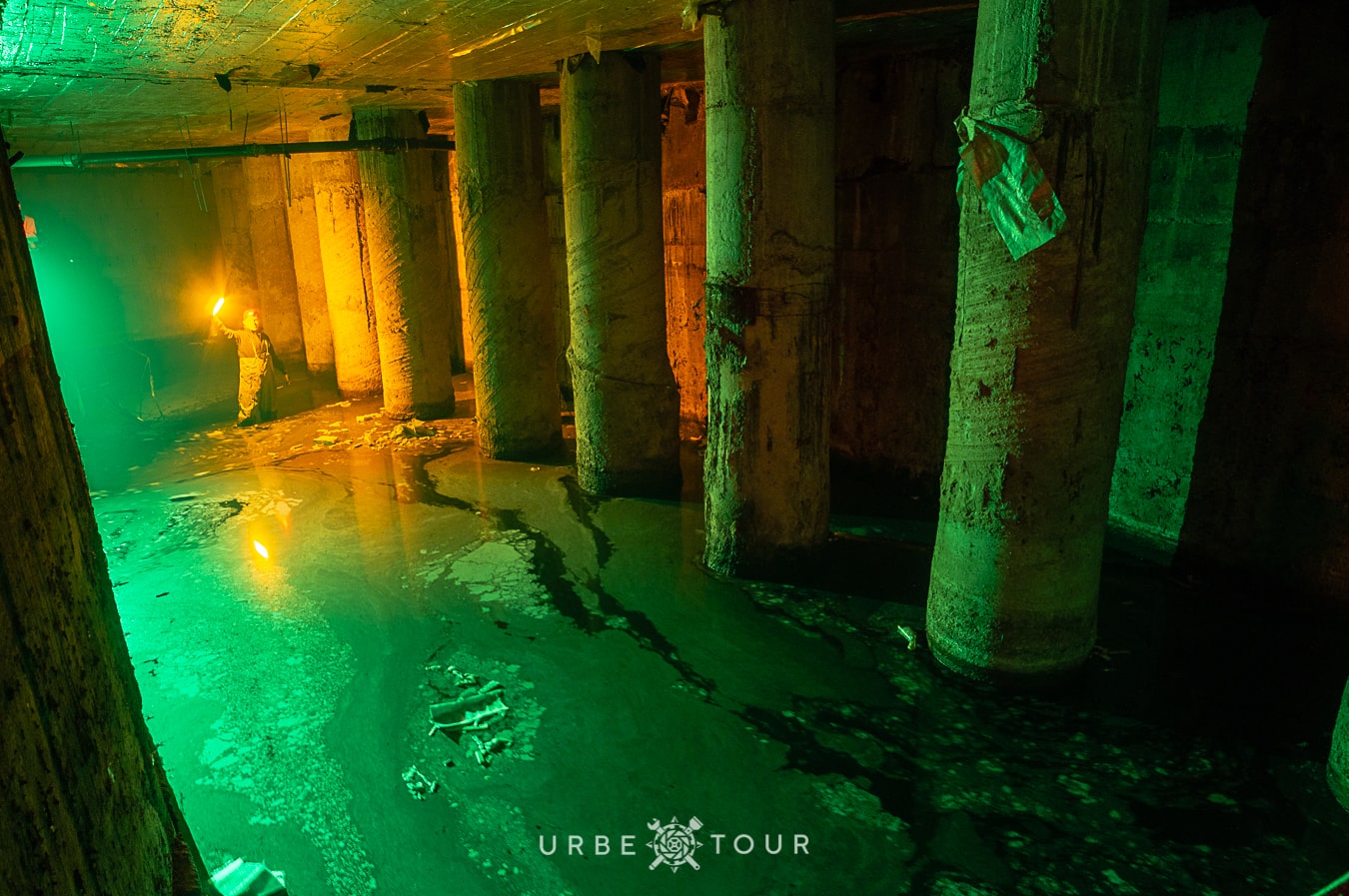 Under the Victory square the stream change flowing direction on angle 90. Here we are decided to fire torch. 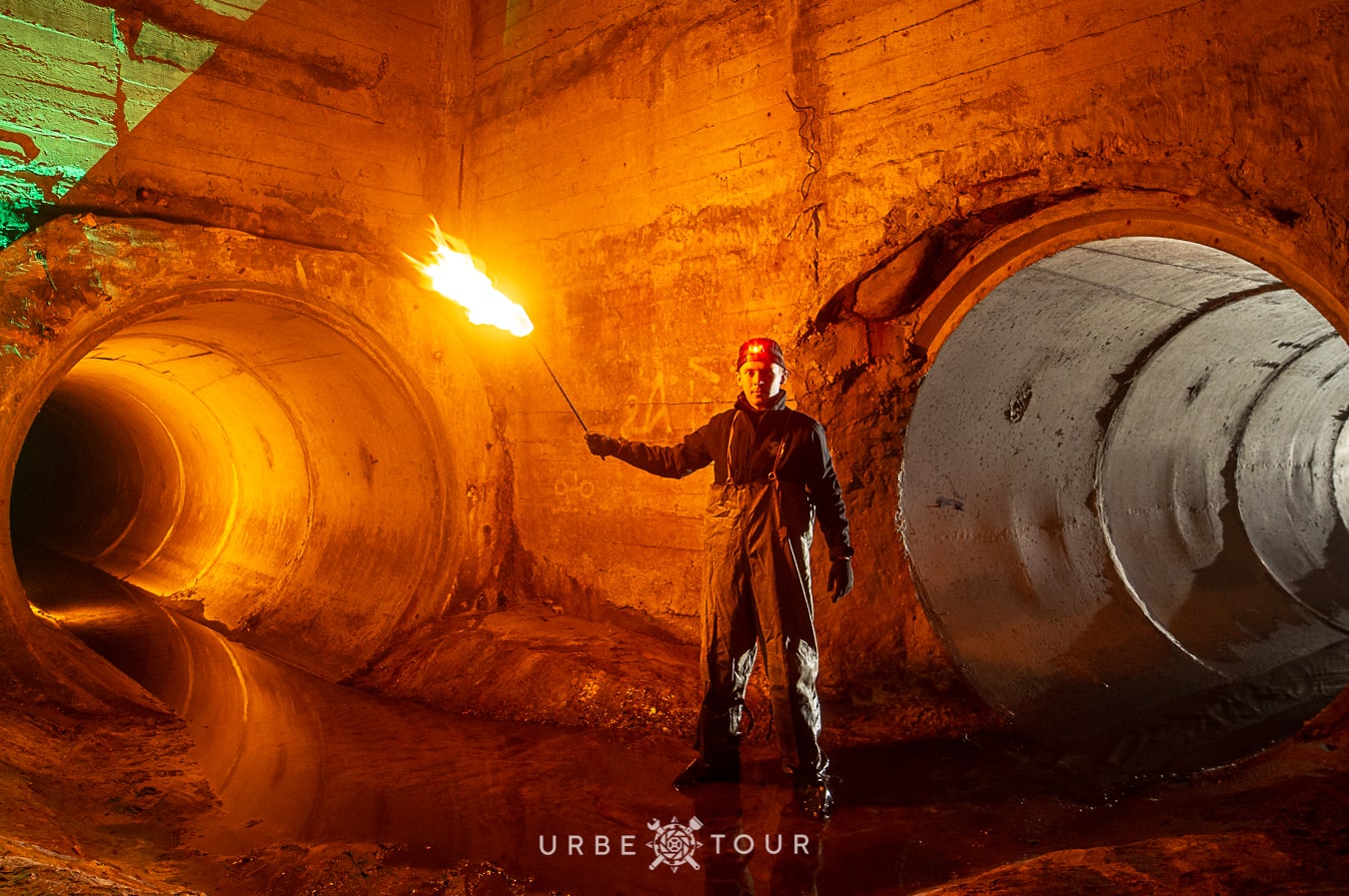 We made small light painting photo experiment by torch in the pipe. Looks awesome! 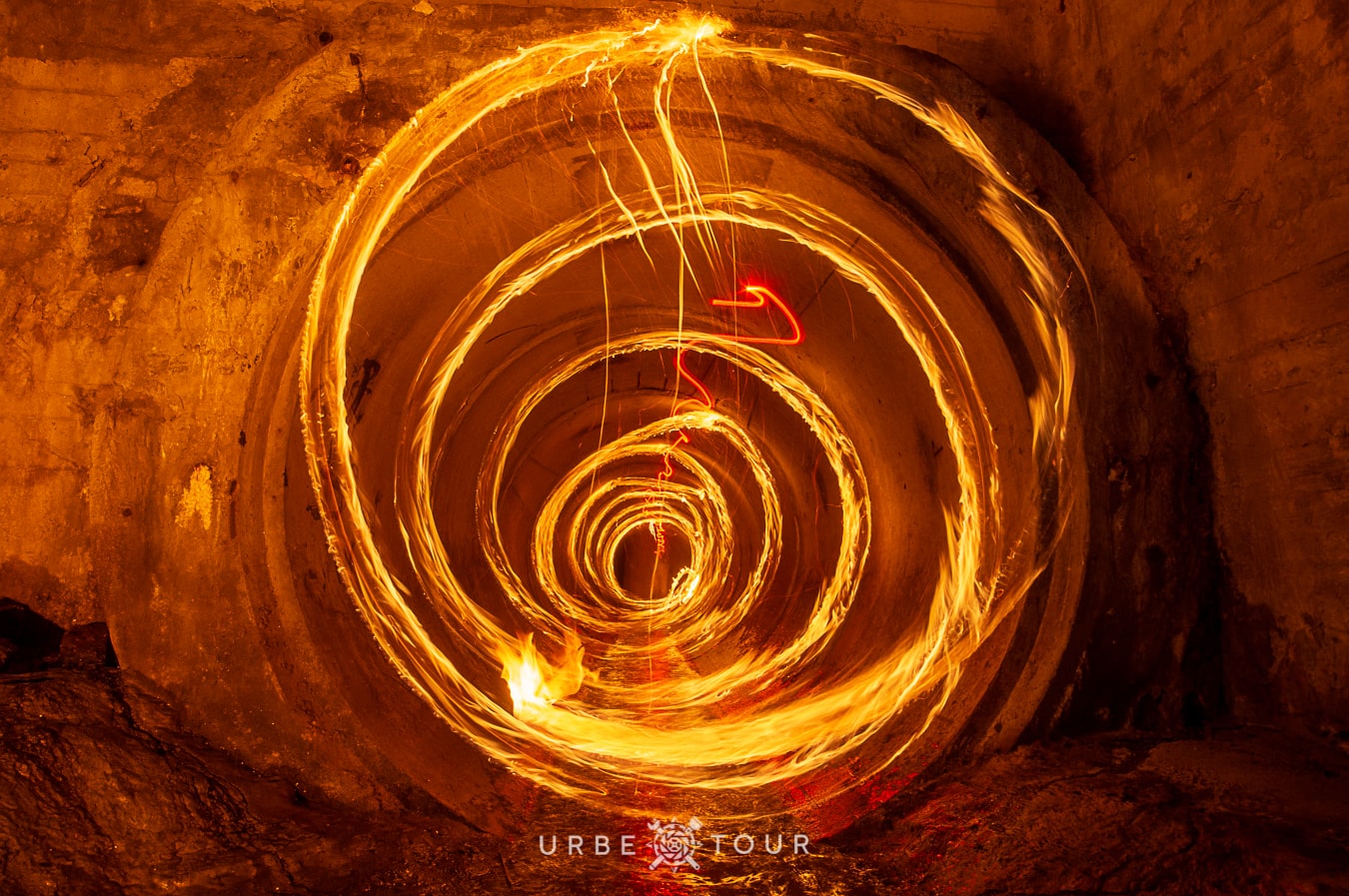 Historical value part of tunnel system located under Lukyanivska prison. But we are feel safe because tunnels much deeper and have not connection. 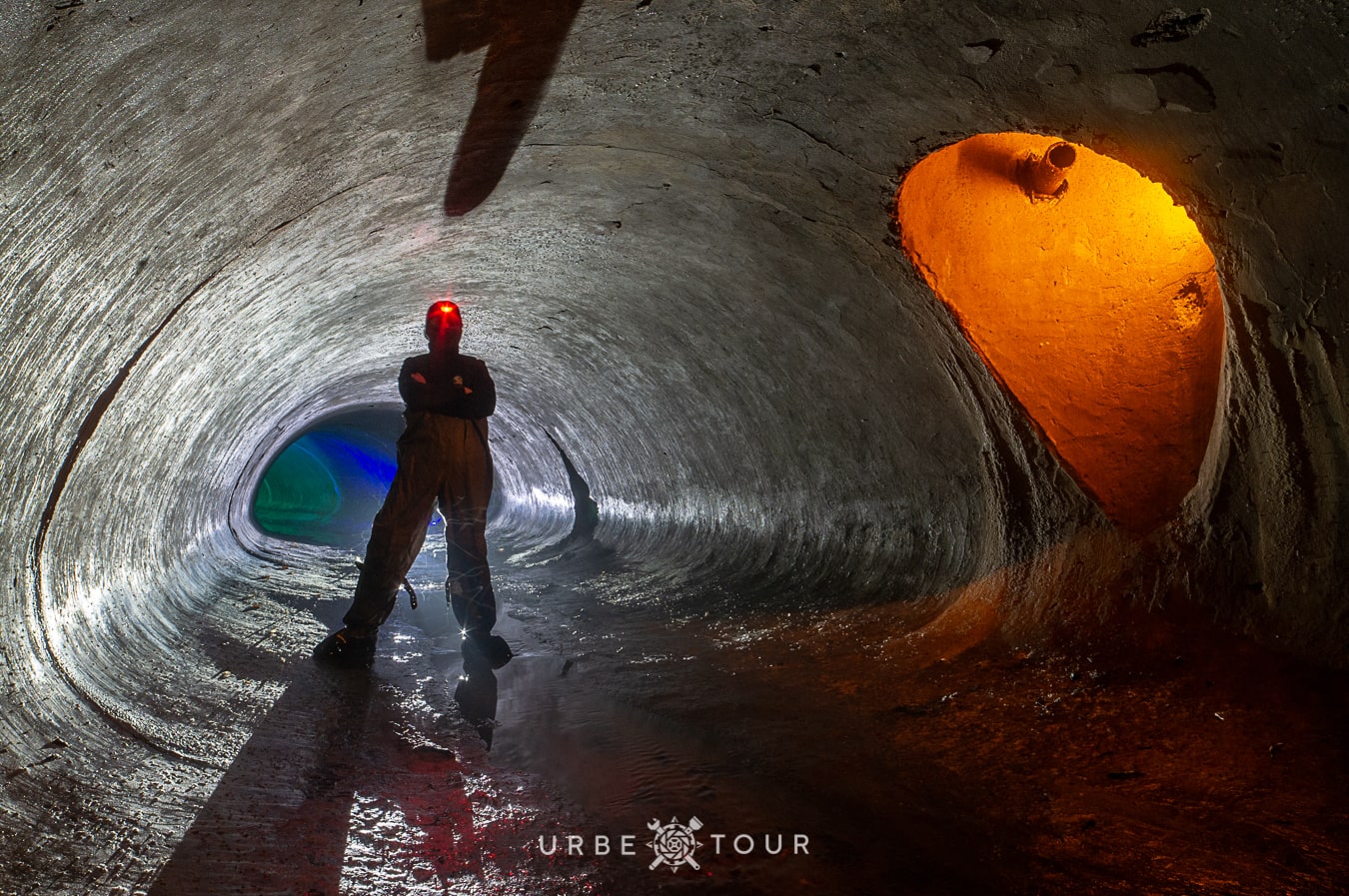 Our urbex team are inviting you to explore underground Kiev with us. You can book our Kiev Urbex Tour and go to explore tunnels and abandoned cold war bunker.