Researching what can be interesting to explore in Budapest, I’ve noticed information about bunker F-4 which was built for communist Matyas Rakosi under square in city center in 1960s. And I was reall y surprised when in the yard of abandoned building we found forgotten entrance to this hidden page of Hungarian history. 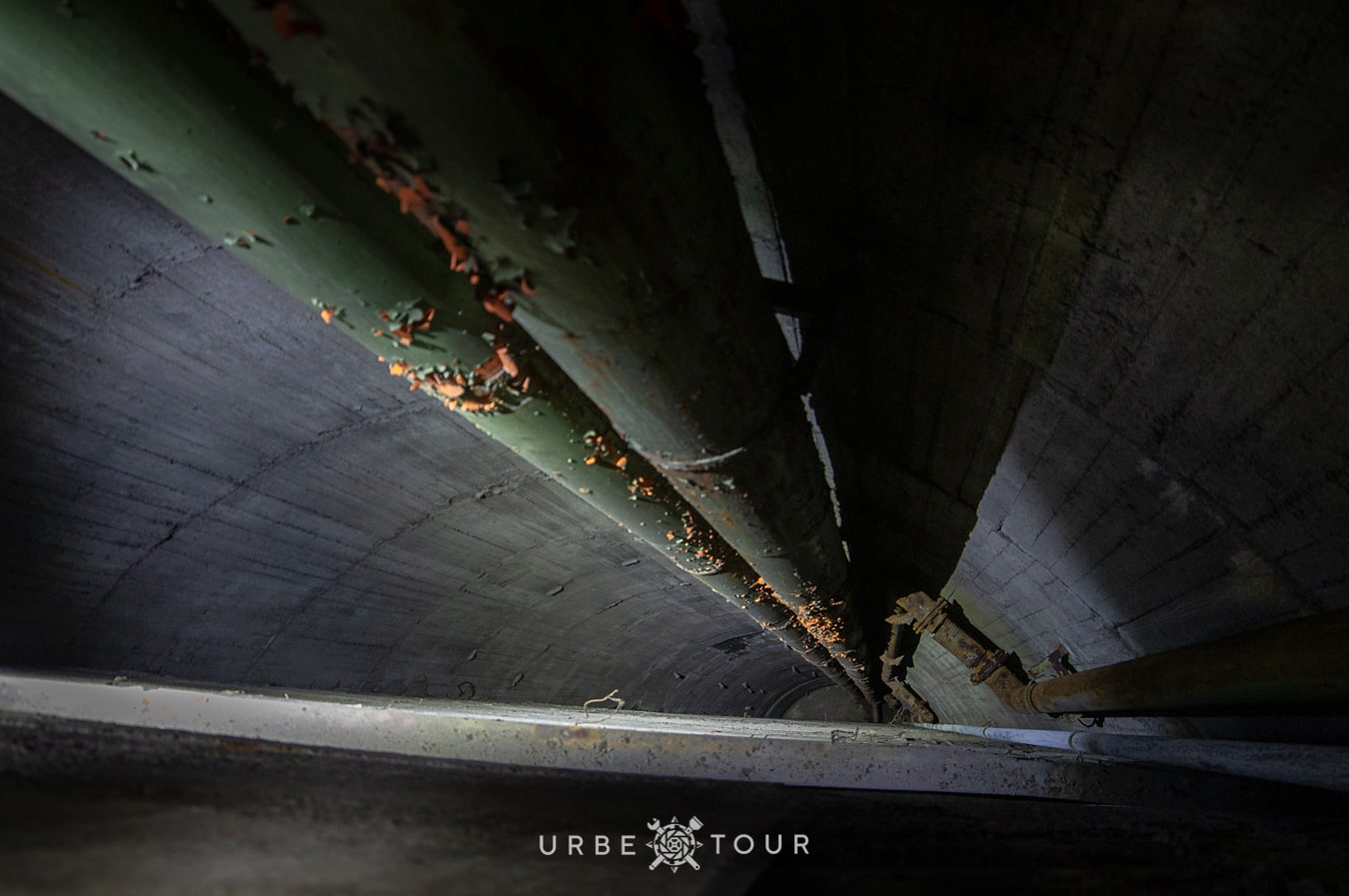 In shaft way down by two concrete stairways. They were built so well, reminds me the quality of nazi fortification we found in Western Poland last summer in Regenwurmlager. 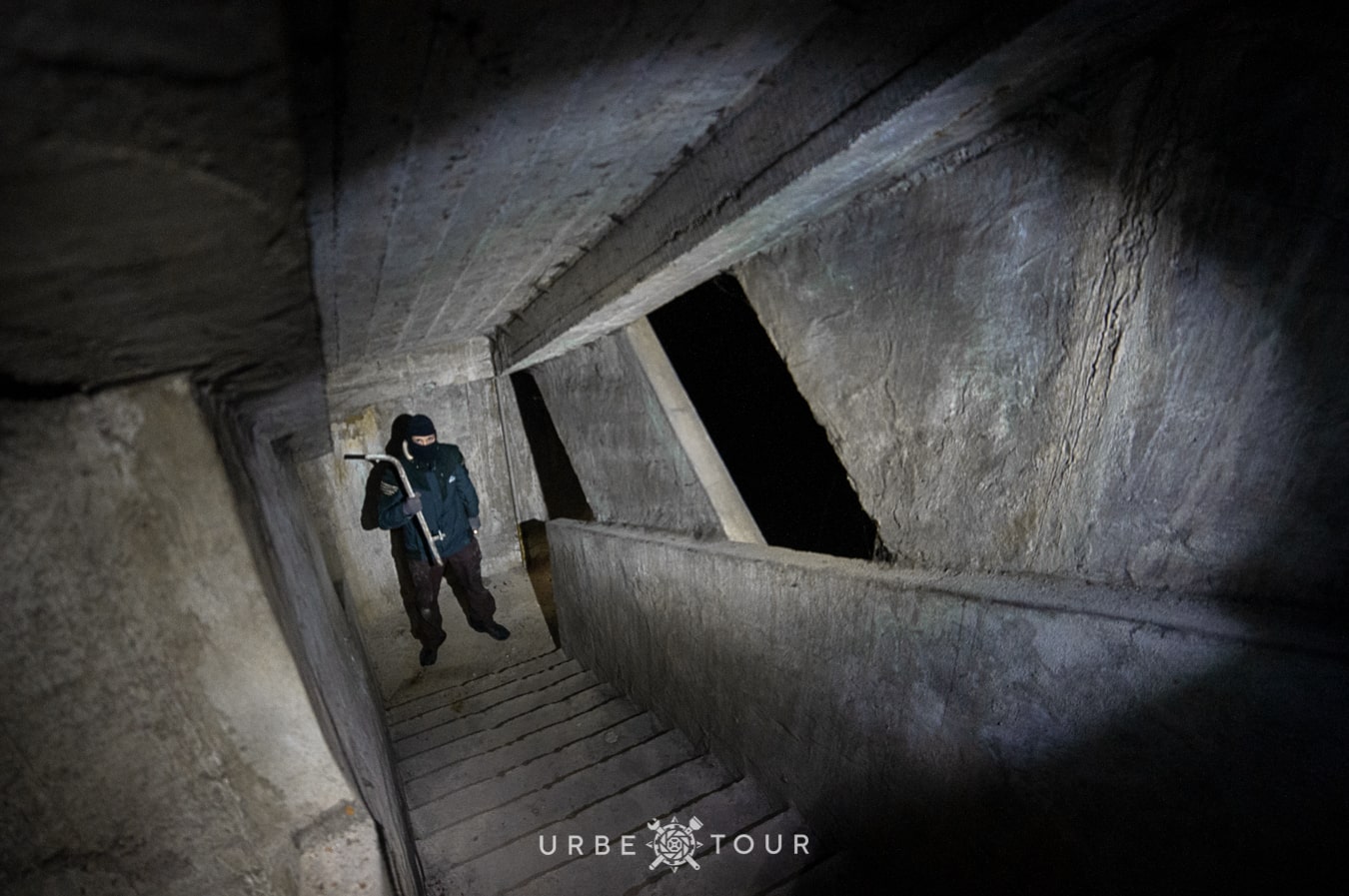 Main entrance to bunker is protected by tambour with two protected blast-resistant doors. Inside doors have peepholes!  Bloody Communists, they want to see who came to them. 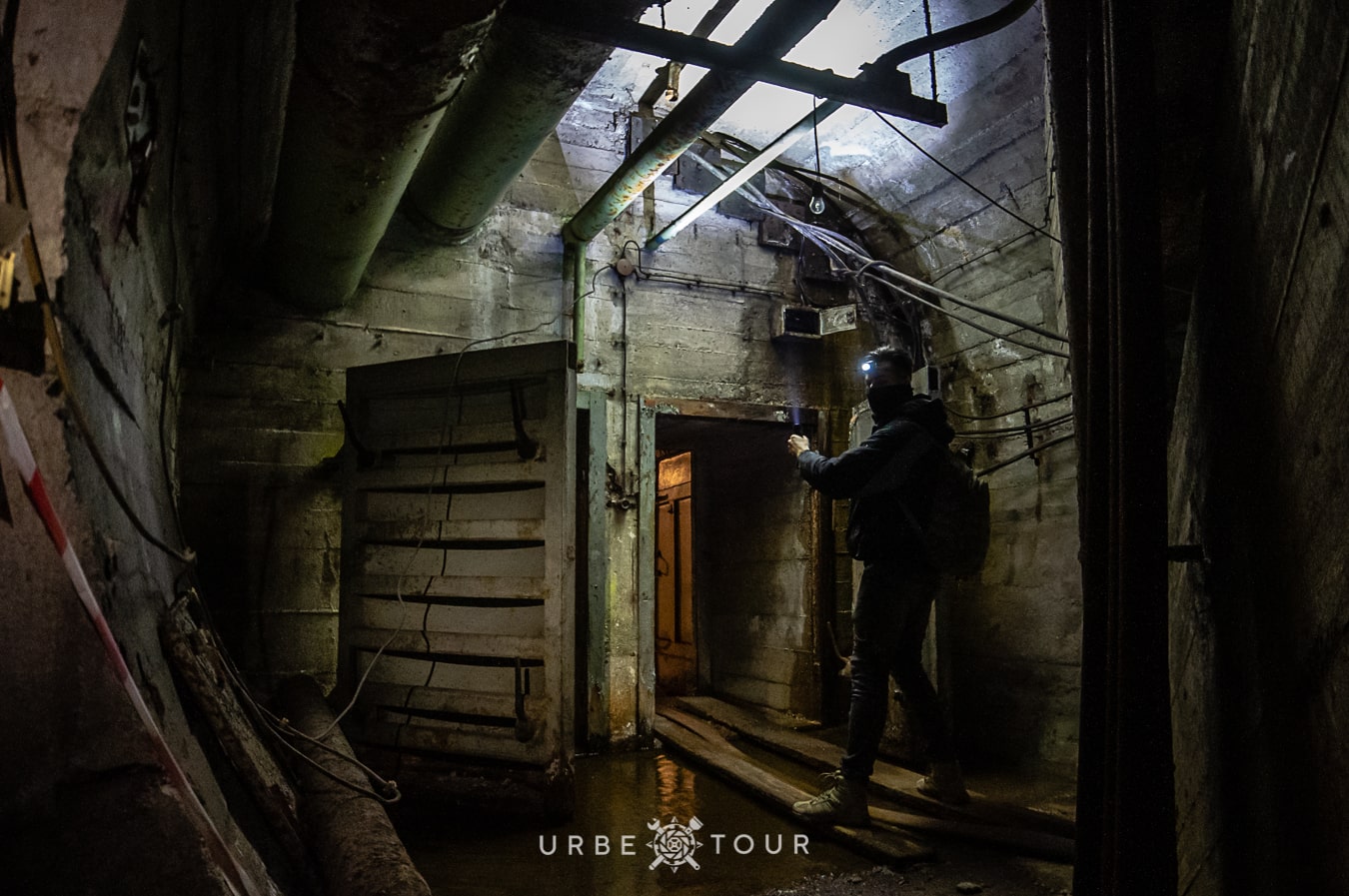 Together with a stairways there is an passenger elevator in shaft. 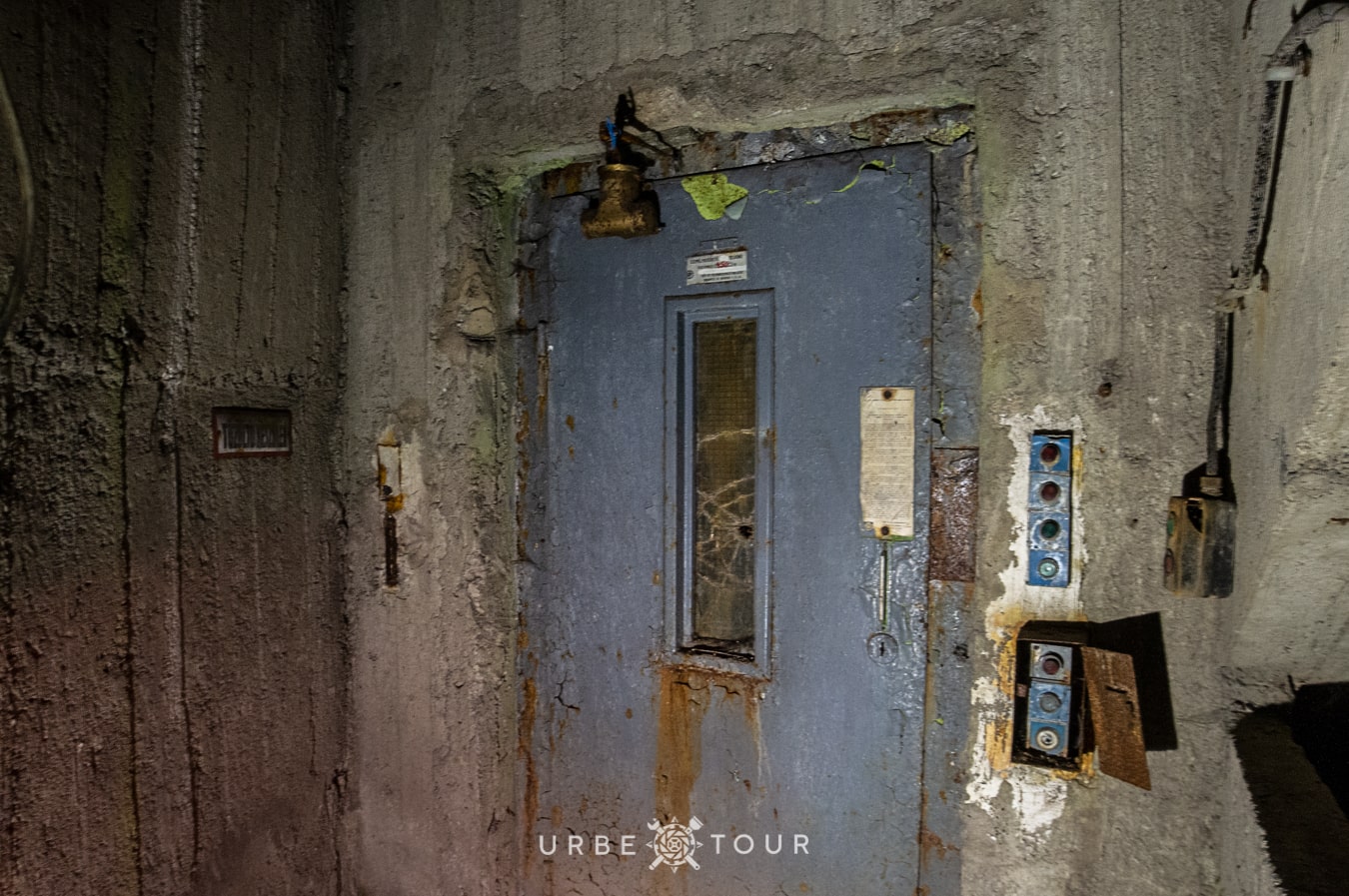 Behind blast-resistant doors light from major part of bunker. It’s smells like corpulent communist era which you haven’t been before. 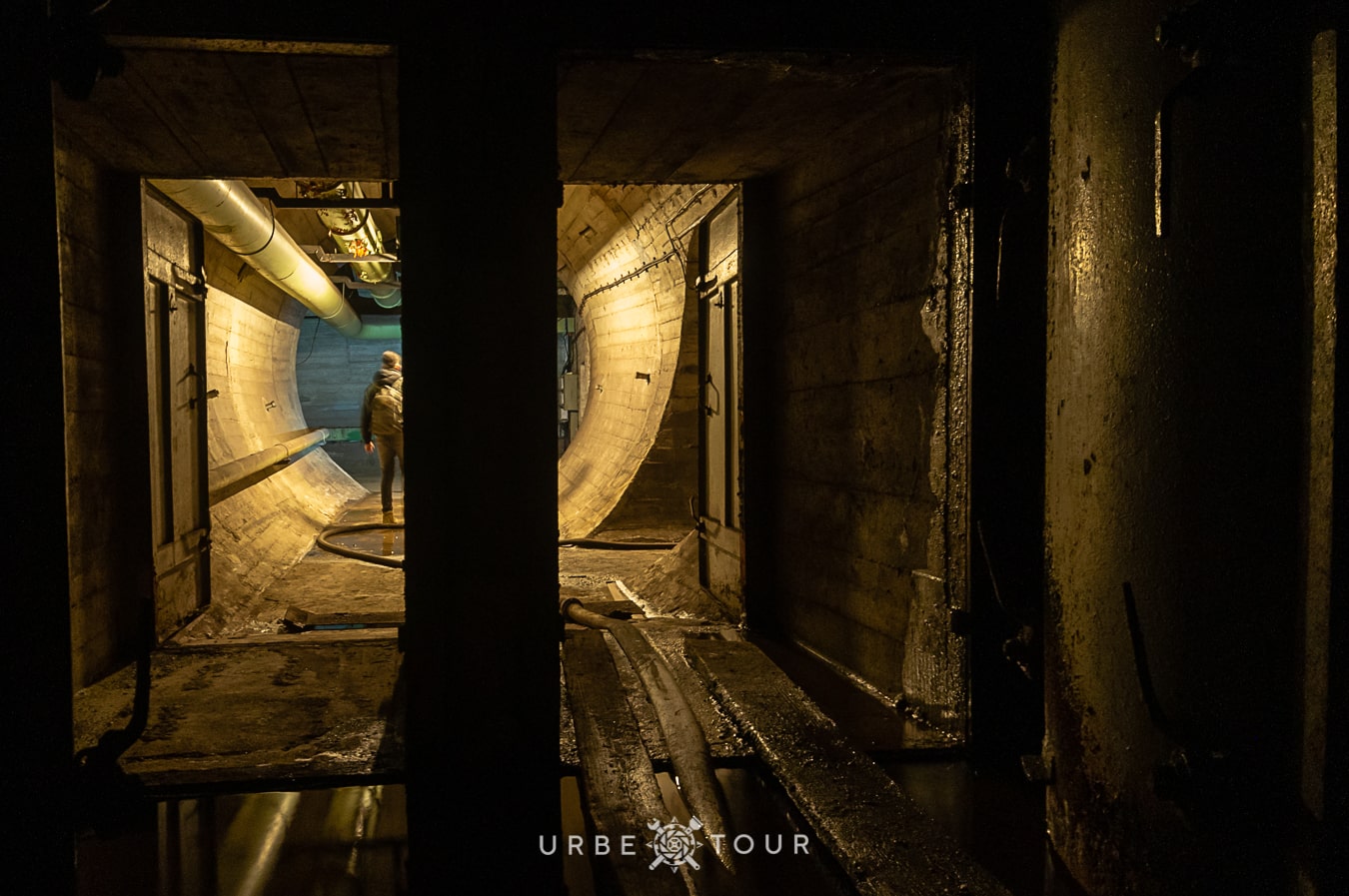 The F-4 Object (publicly often known as the Rákosi-bunker) is a formerly secret nuclear shelter under the downtown of Budapest. It is located 45-50 metres below the surface, in a “H” shape between Kossuth tér and Szabadság tér. It has a direct connection to the Line 2 of the Budapest Metro.

Its construction began in 1952 parallel with the metro. Its goal was to provide shelter to Mátyás Rákosi and the Central Committee members of the Hungarian Working People’s Party in case of a possible nuclear raid, as well as to provide space for offices of the Parliament. When the danger is over, they were supposed to take the metro to Eastern railway station and then change to an armoured train. It was made technologically similarly to a metro (it resembles metro stations and tunnels), so the workers were informed they were building the metro. According to rumours, hundreds of prisoners worked at the construction, while in fact this work was done by miners.

The object, suitable to accommodate 2,200 people, with an area of 3,500–3,800 square metres, was completed in 1963. It was equipped with an air filtering mechanism with a capacity of 4,000 cubic metres, appropriate to filter out radioactive dust. A water reservoir of 150 cubic metres and a generator was also installed, capable of producing 30 kW of electricity. An emergency exit was created next to the Hungarian Television headquarters, also serving for ventilation. The object, resembling a labyrinth, houses a separate council hall, intended for the leaders of the country to debate the current tasks. Though never used, it was kept at the ready until the mid-1970s. 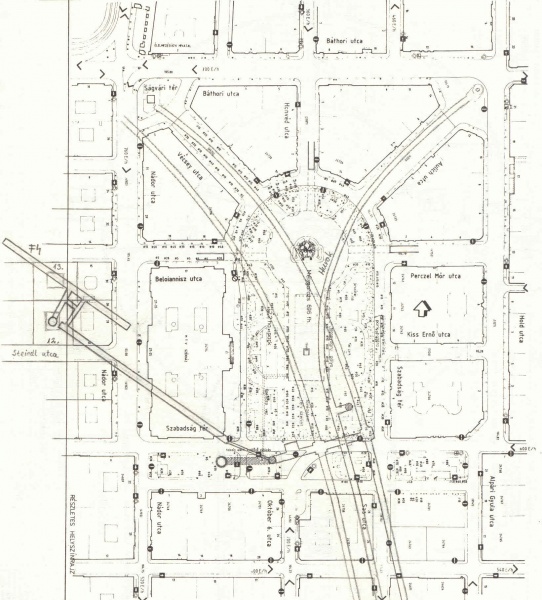 Now its status has considerably degraded. However, the ventilator, the generator, and the other technical appliances work properly, they are maintained regularly and checked every week. Former furniture and equipment were carried away as early as during the détente of the Cold War. Since then, it has been completely empty and unused. It is owned by the state and controlled by the BKV (Budapest Transport Company). It is visited by BKV’s maintenance personnel every week, and its technical appliances are checked for functioning. 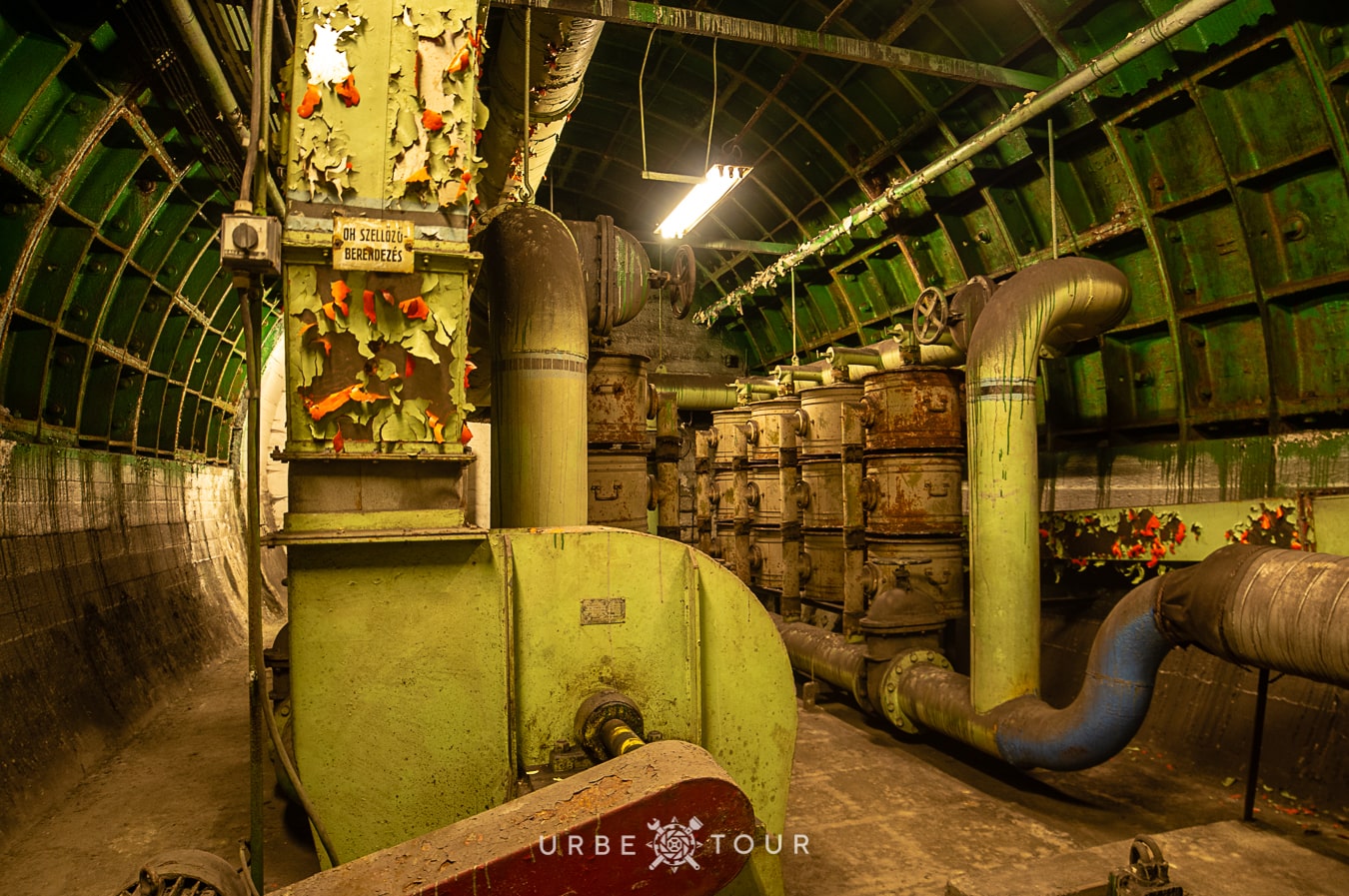 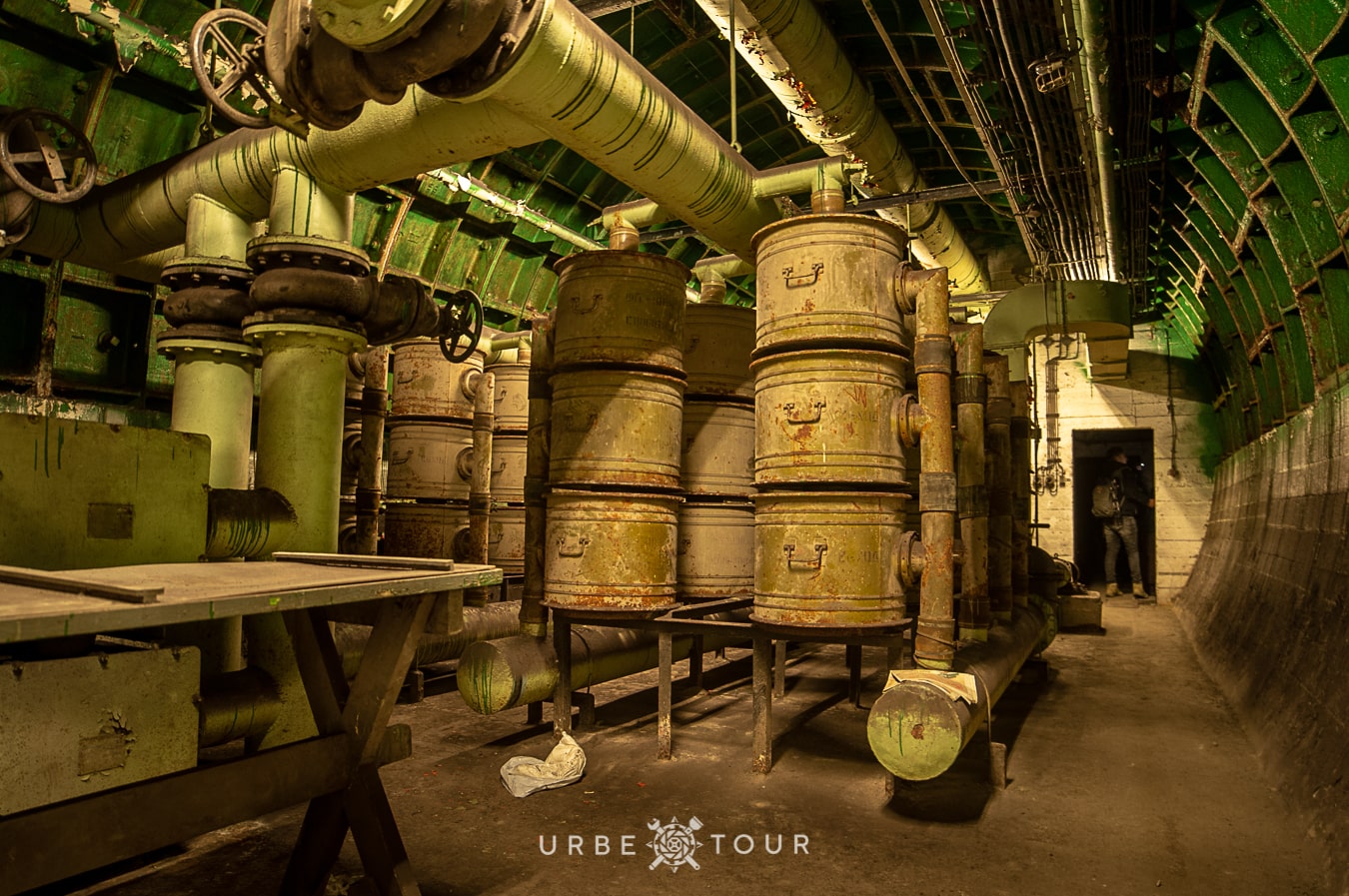 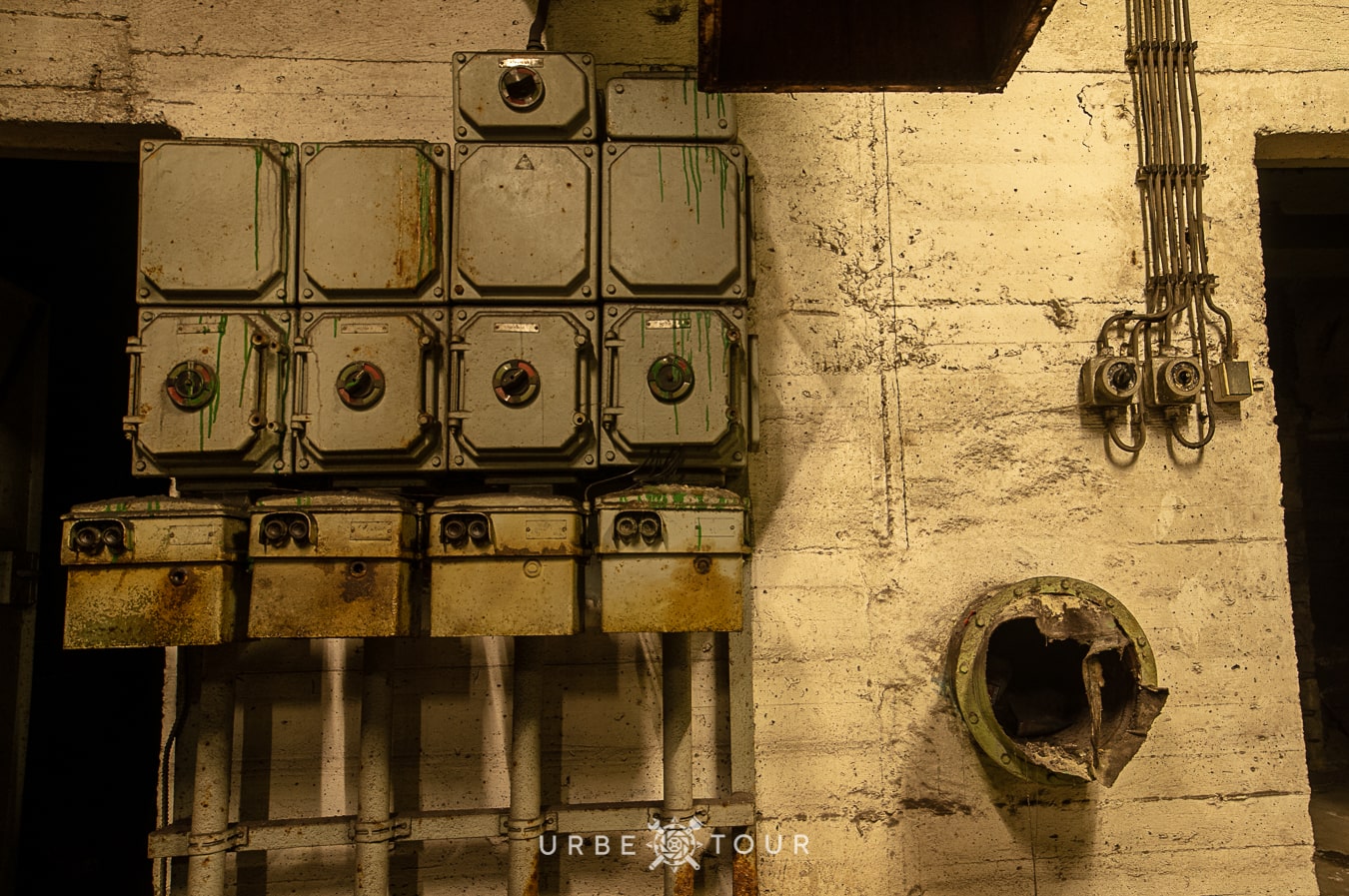 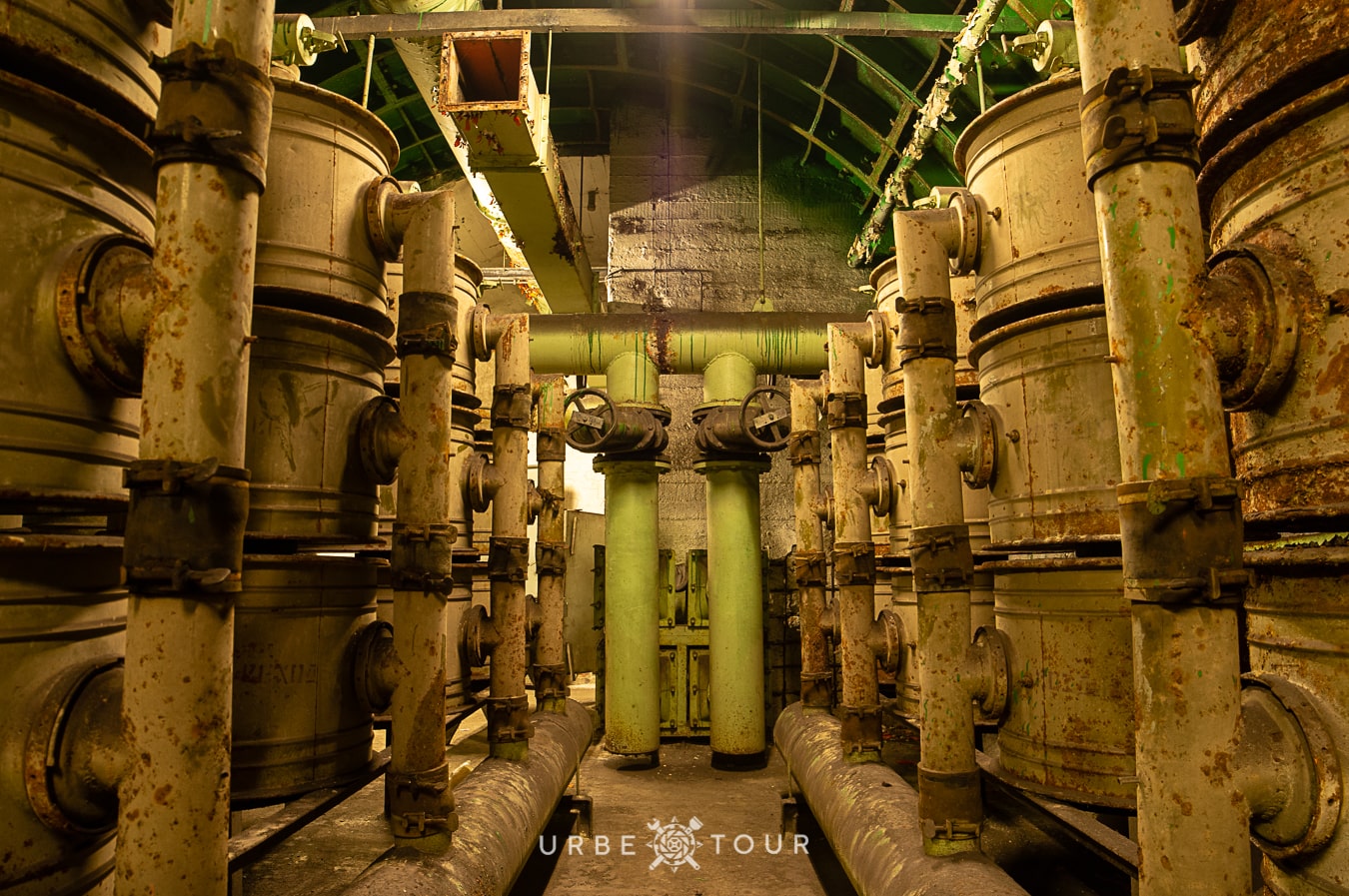 The corridor along technical gear block. 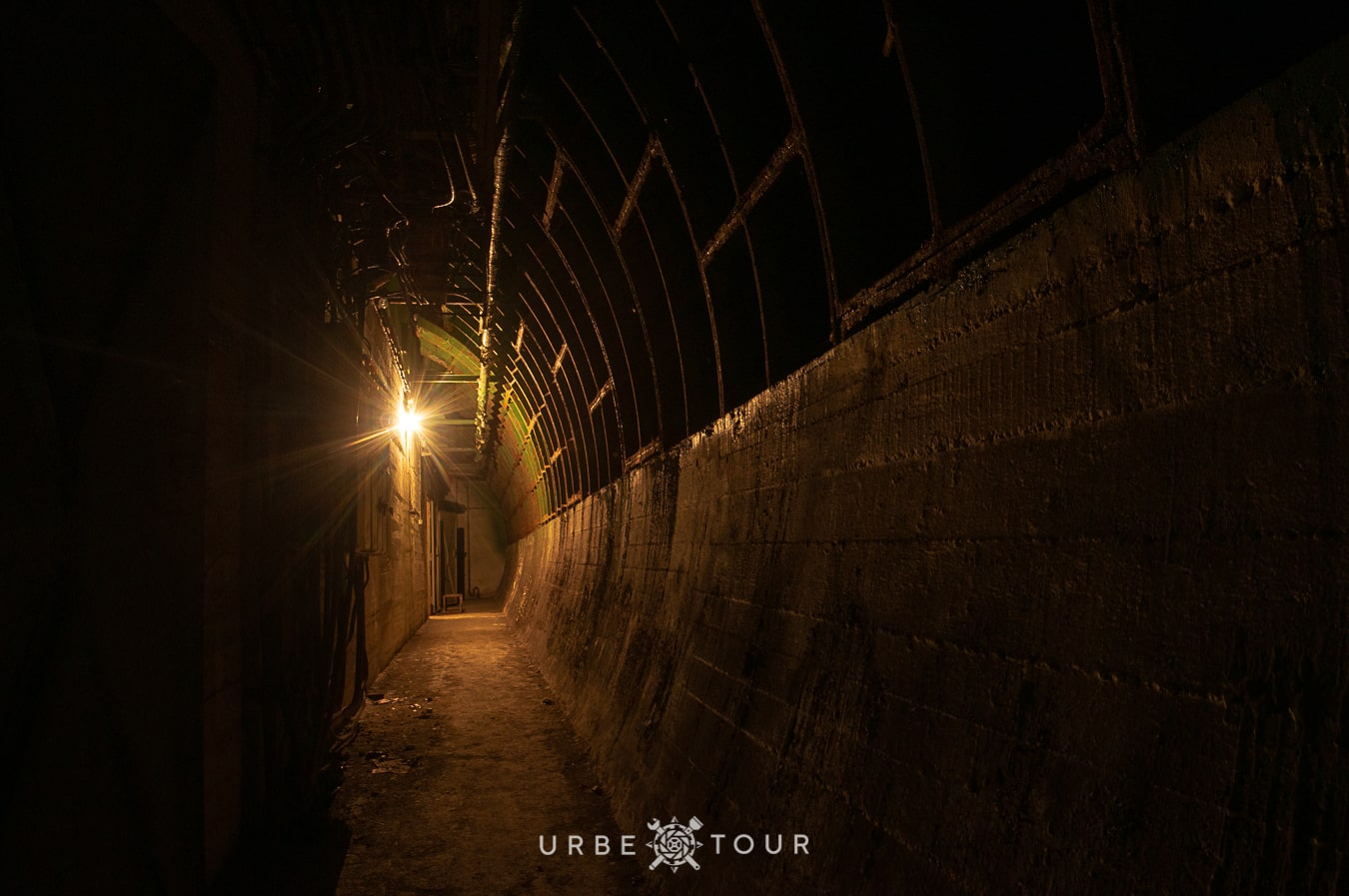 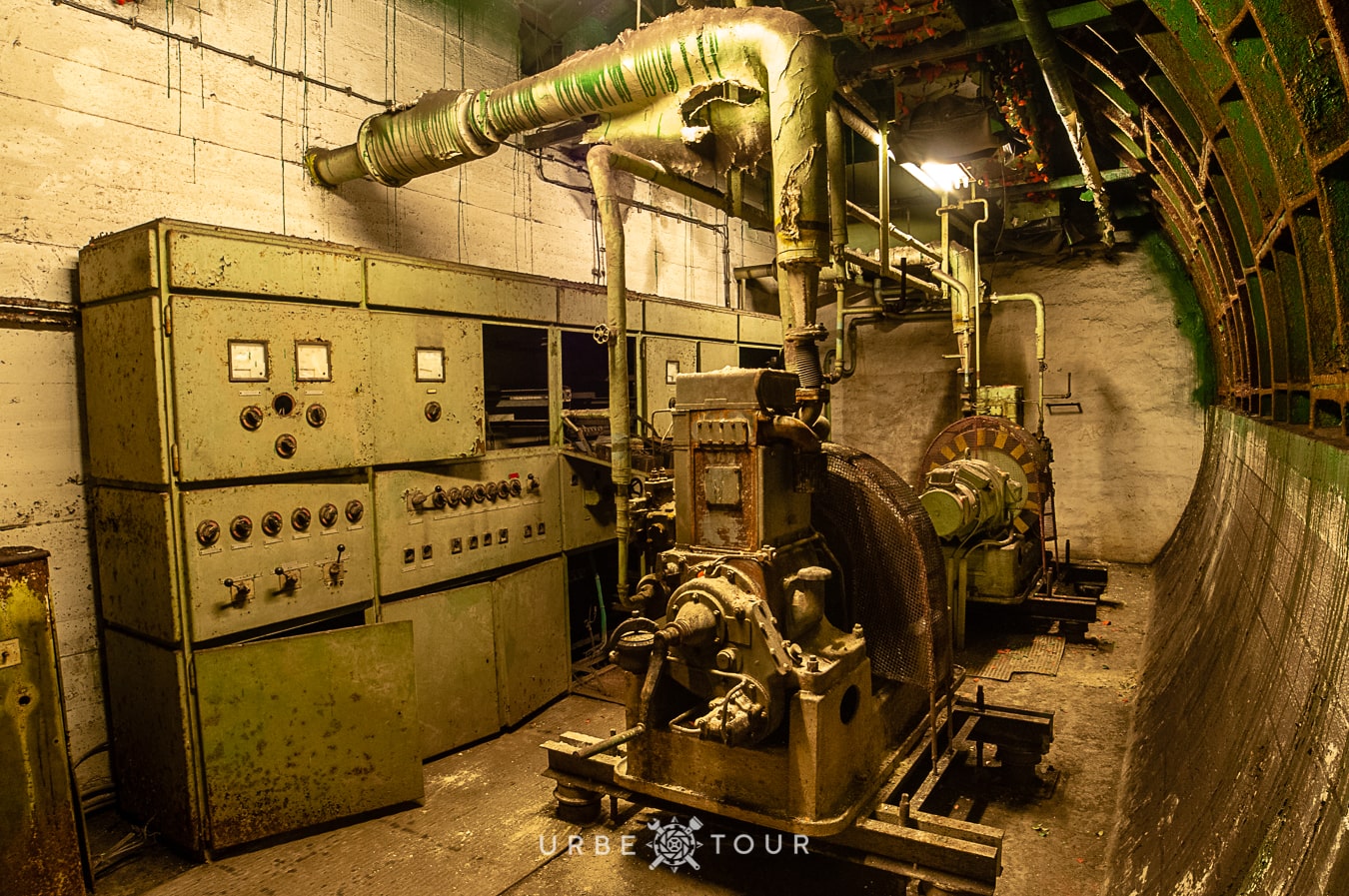 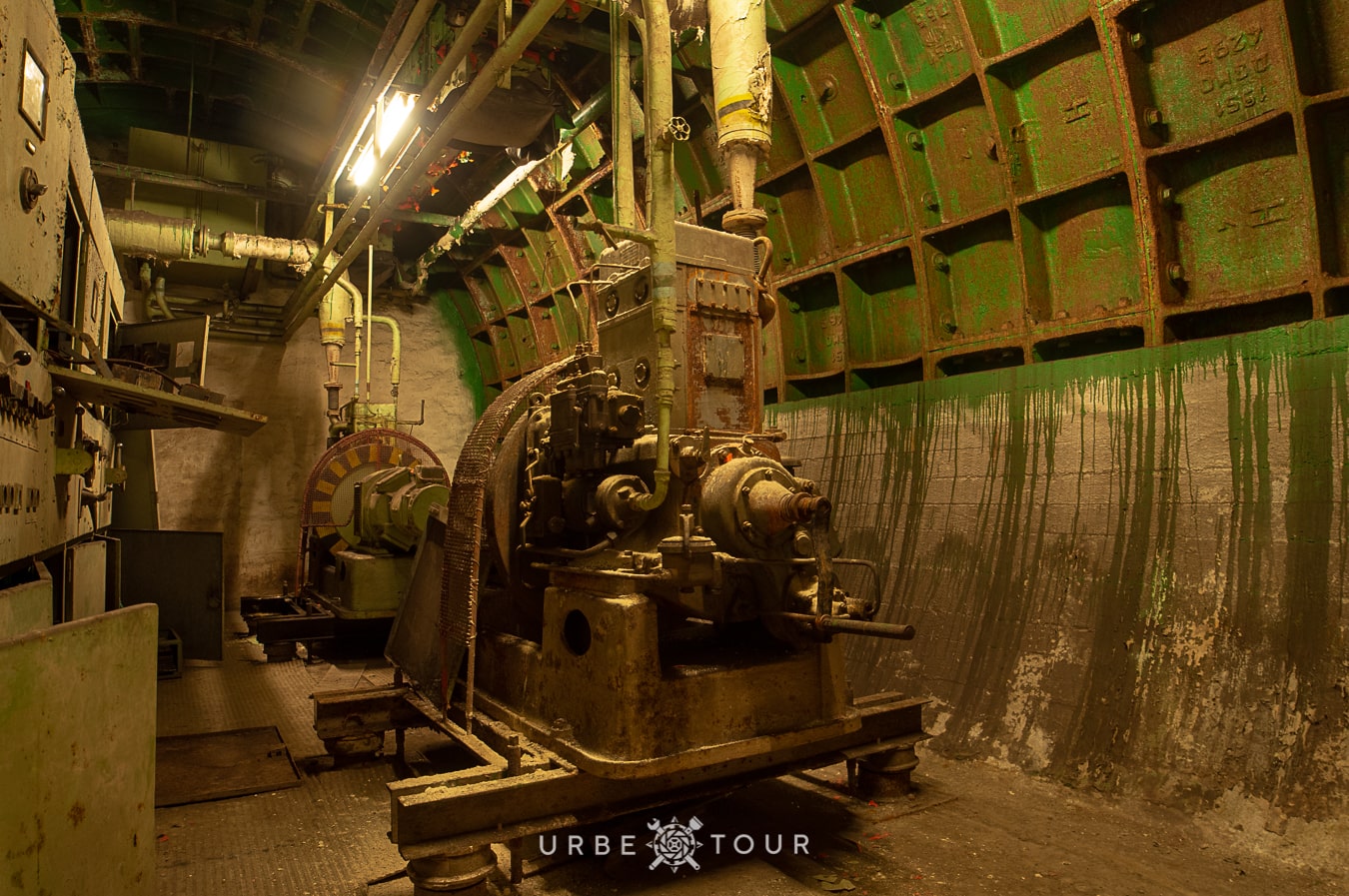 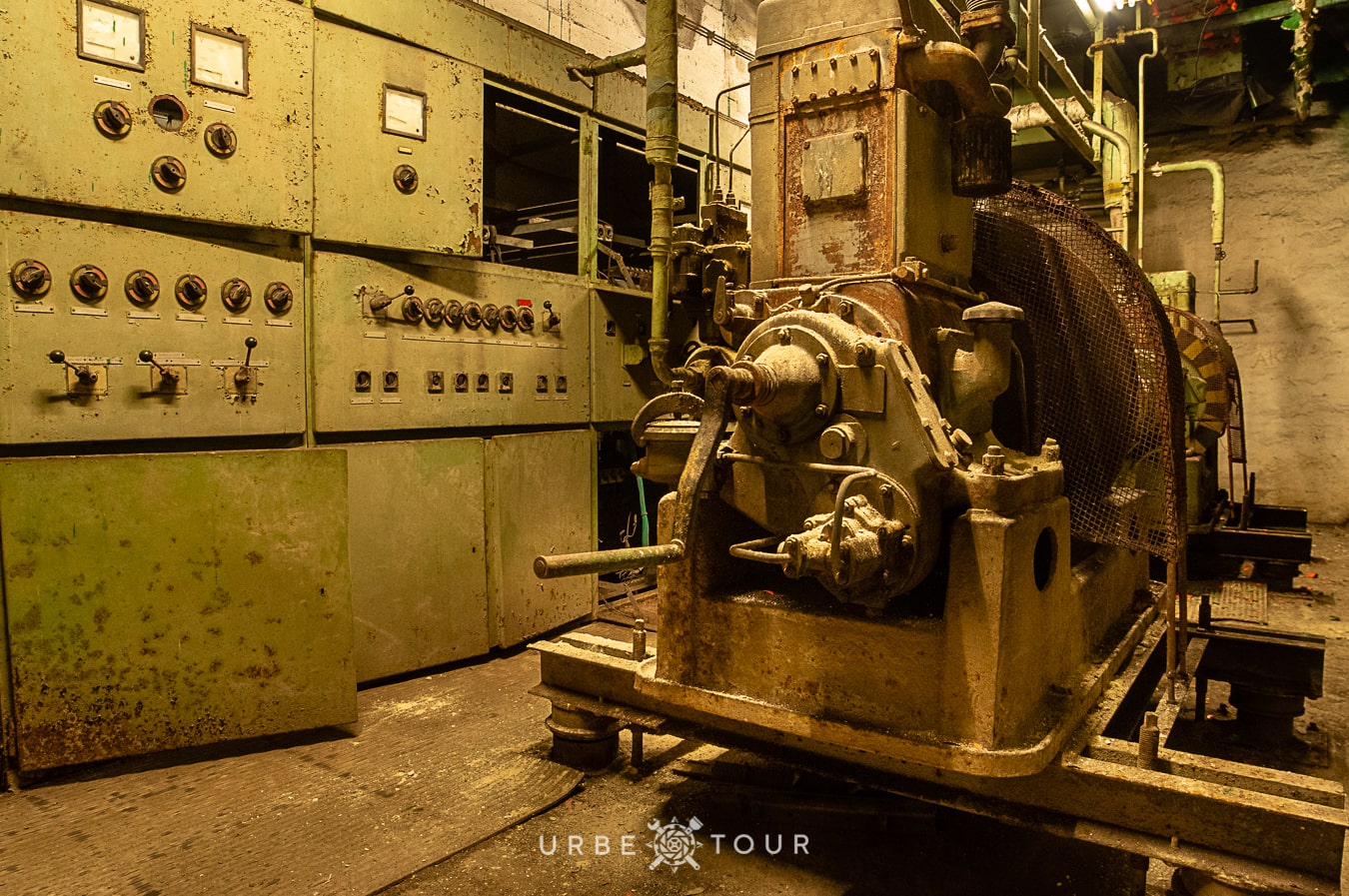 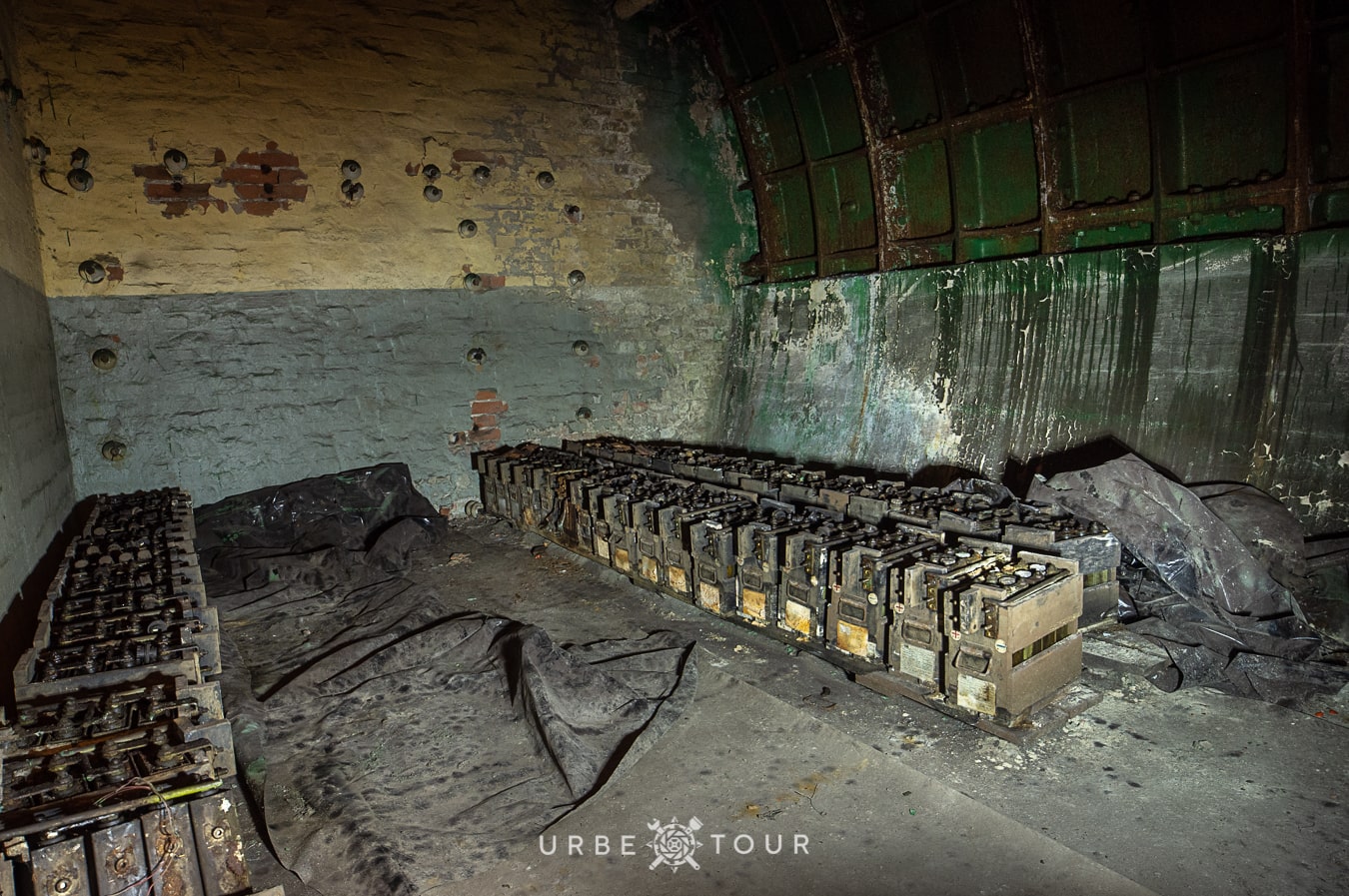 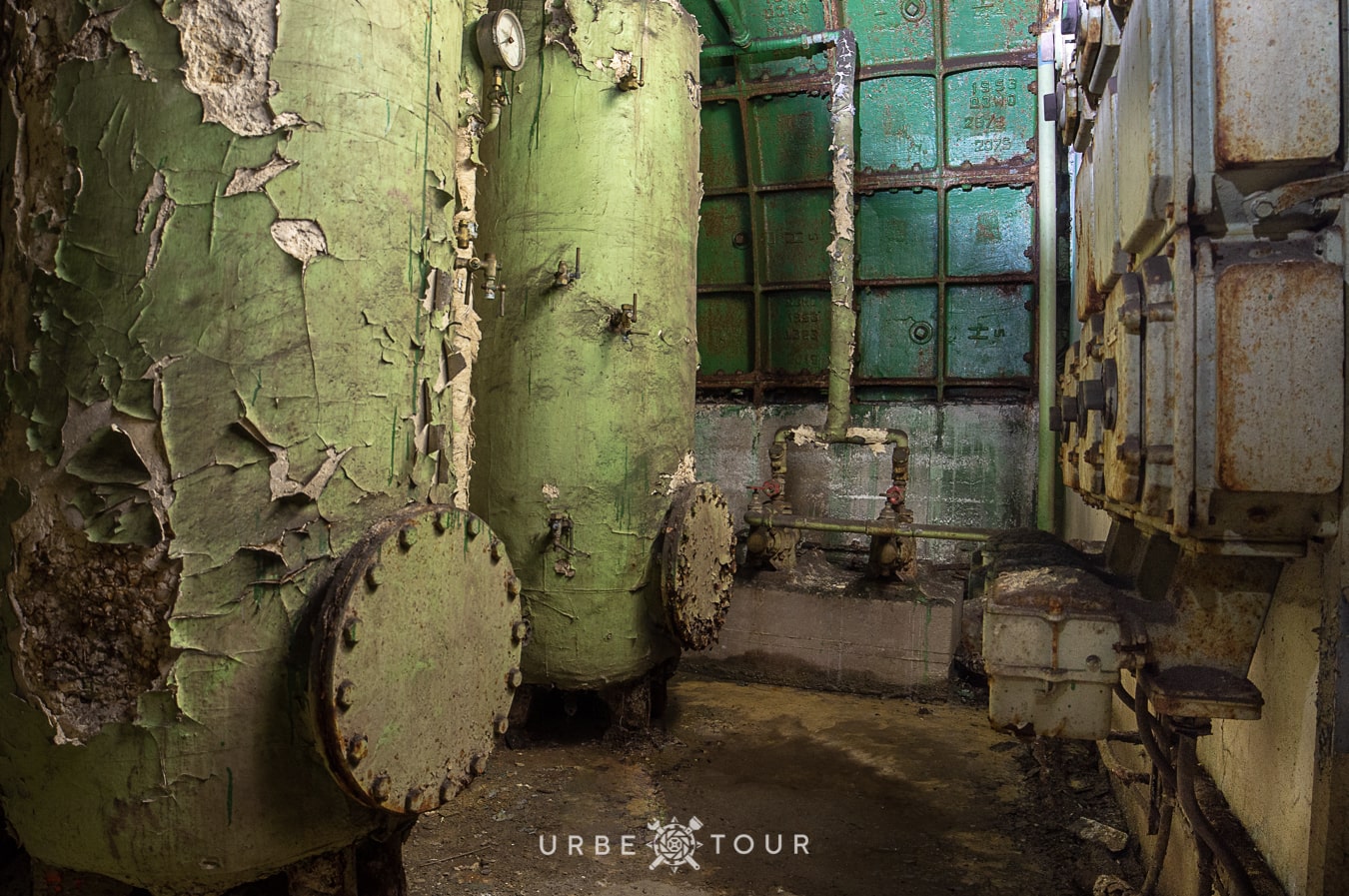 Blocks for people was divided into two floors. 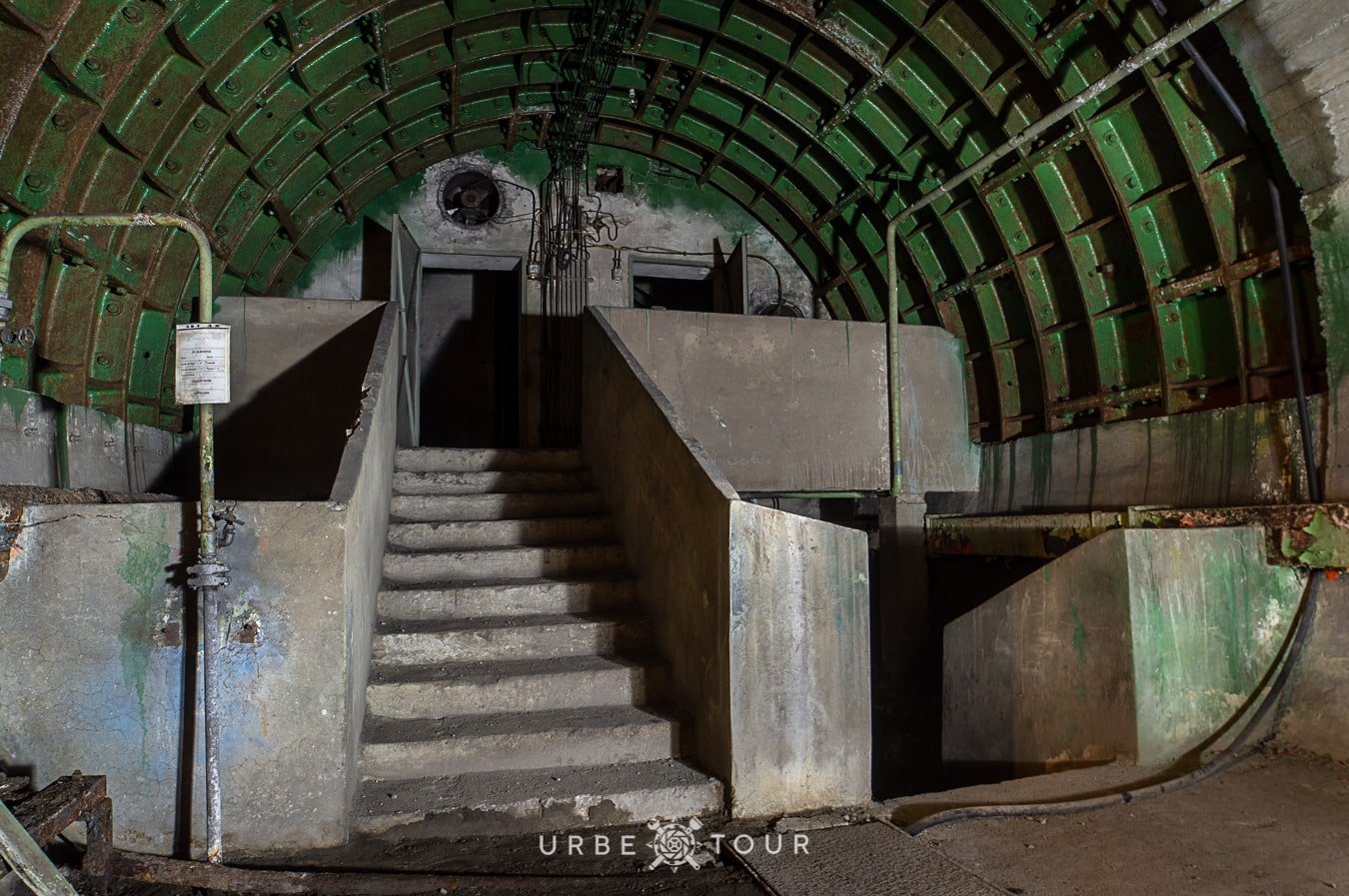 Each floor was divided by blast-resistant doors every 20-30 meters. Something similar we saw few months ago exploring WWII civil defence shelters in London. 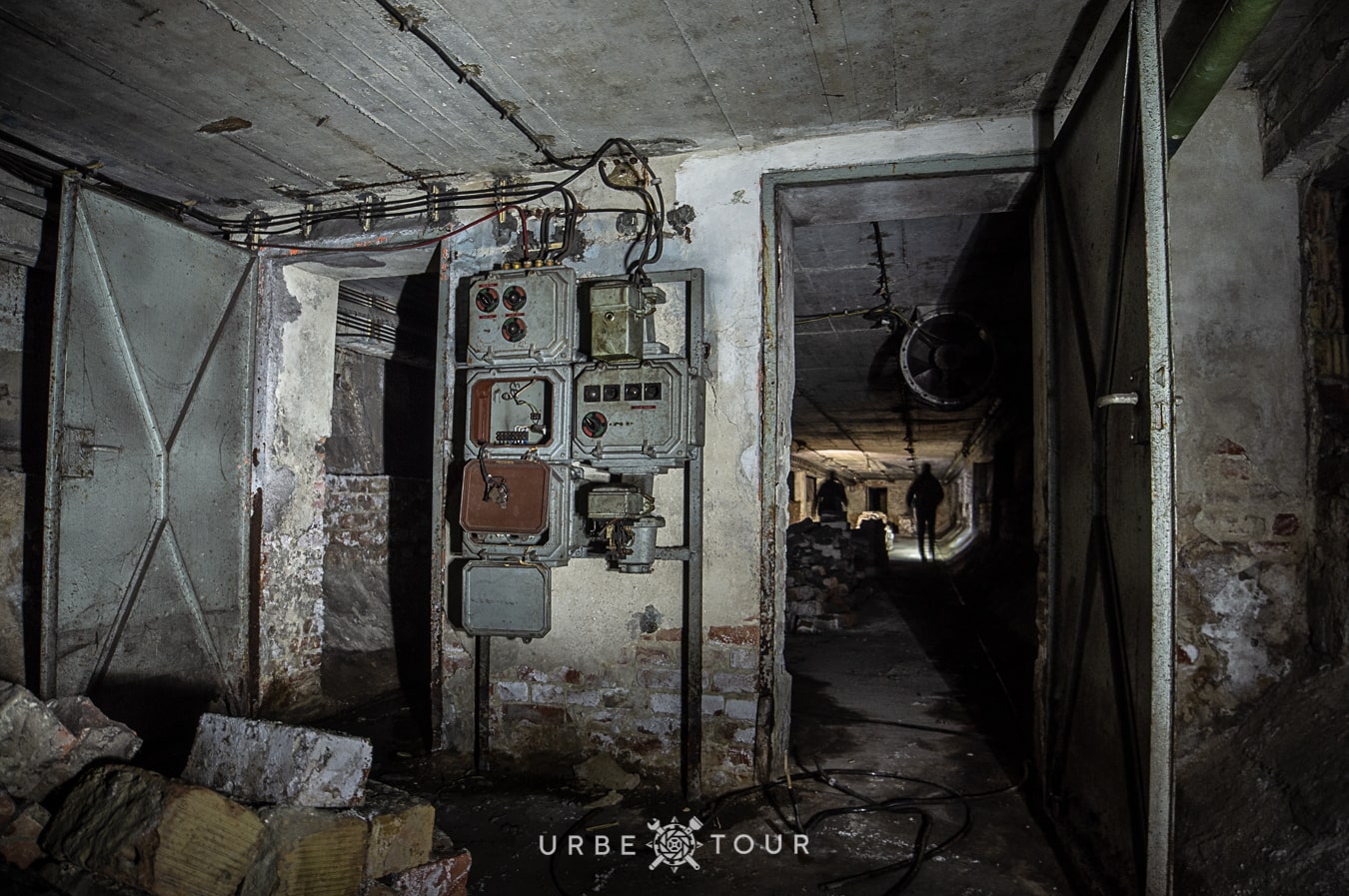 Down level. Here you can see benches for people. 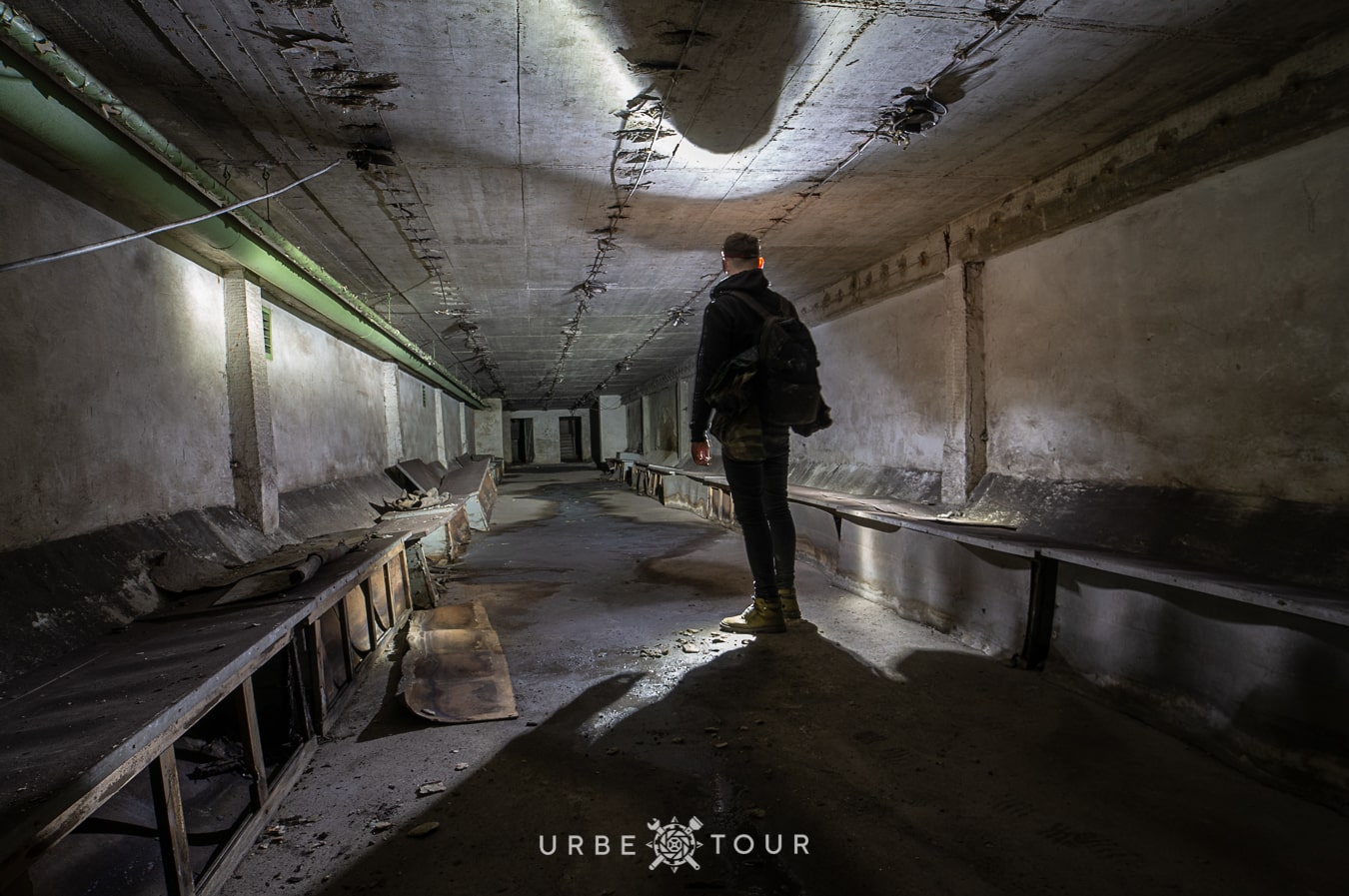 We found old maps of bunker where in this tunnels cabinets with teleprinters were situated.  But in 1960s all spaces were renovated to be used as a civil defence shelter. 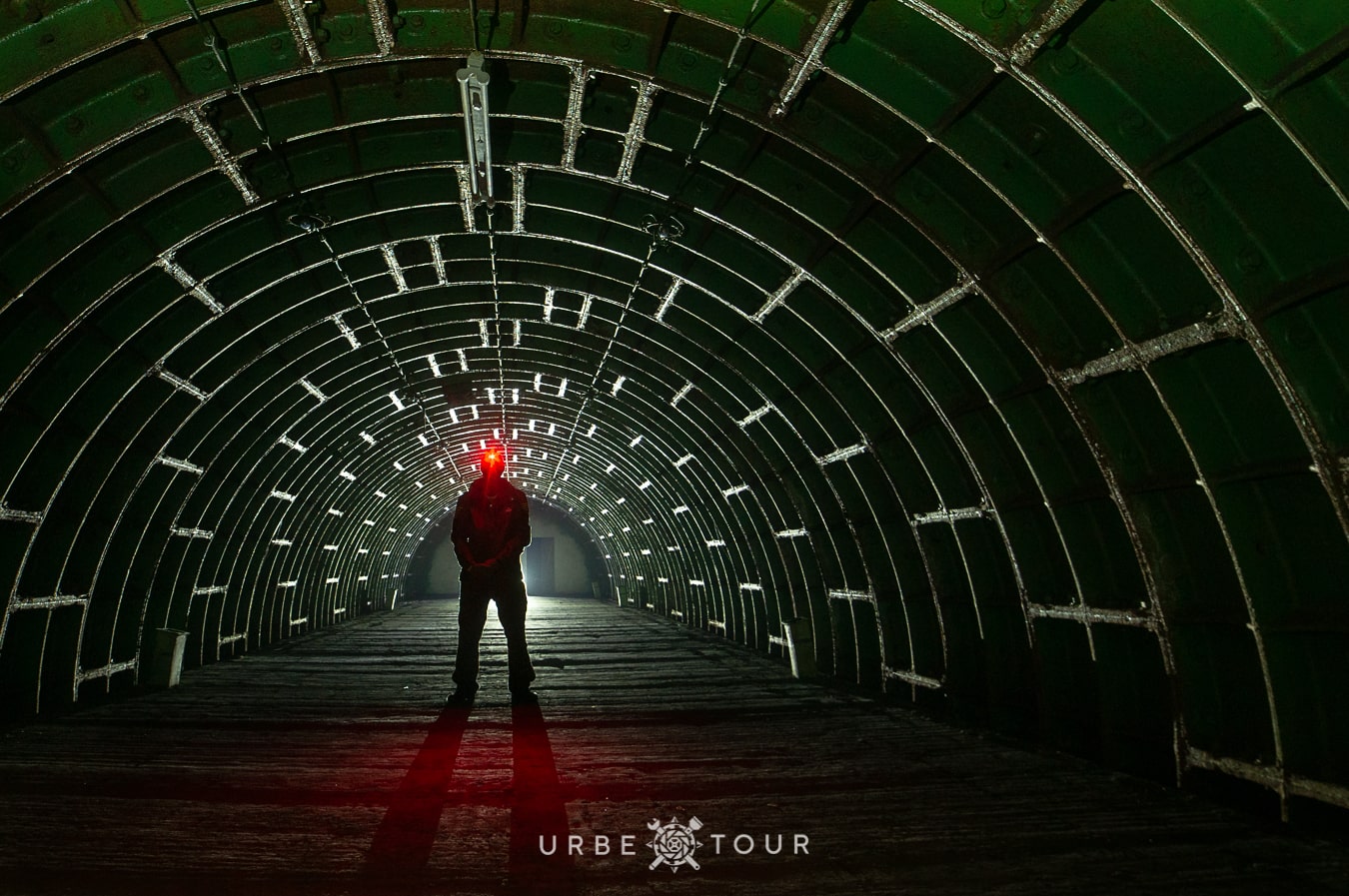 Inside bunker exist more than 50 toilets. The toilet is covered with wooden lids. 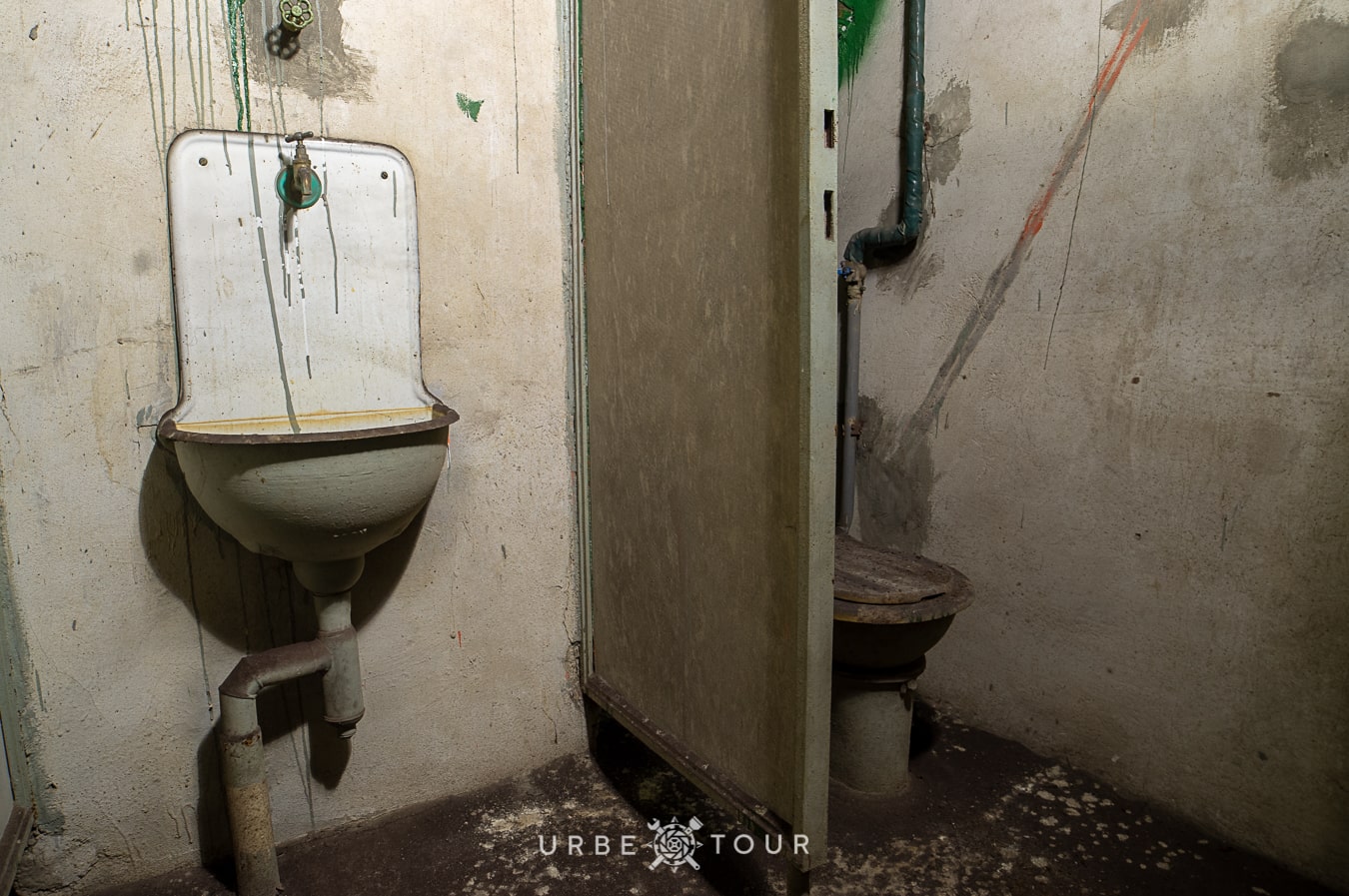 In the end one of blocks we found emergency exit to metro line. 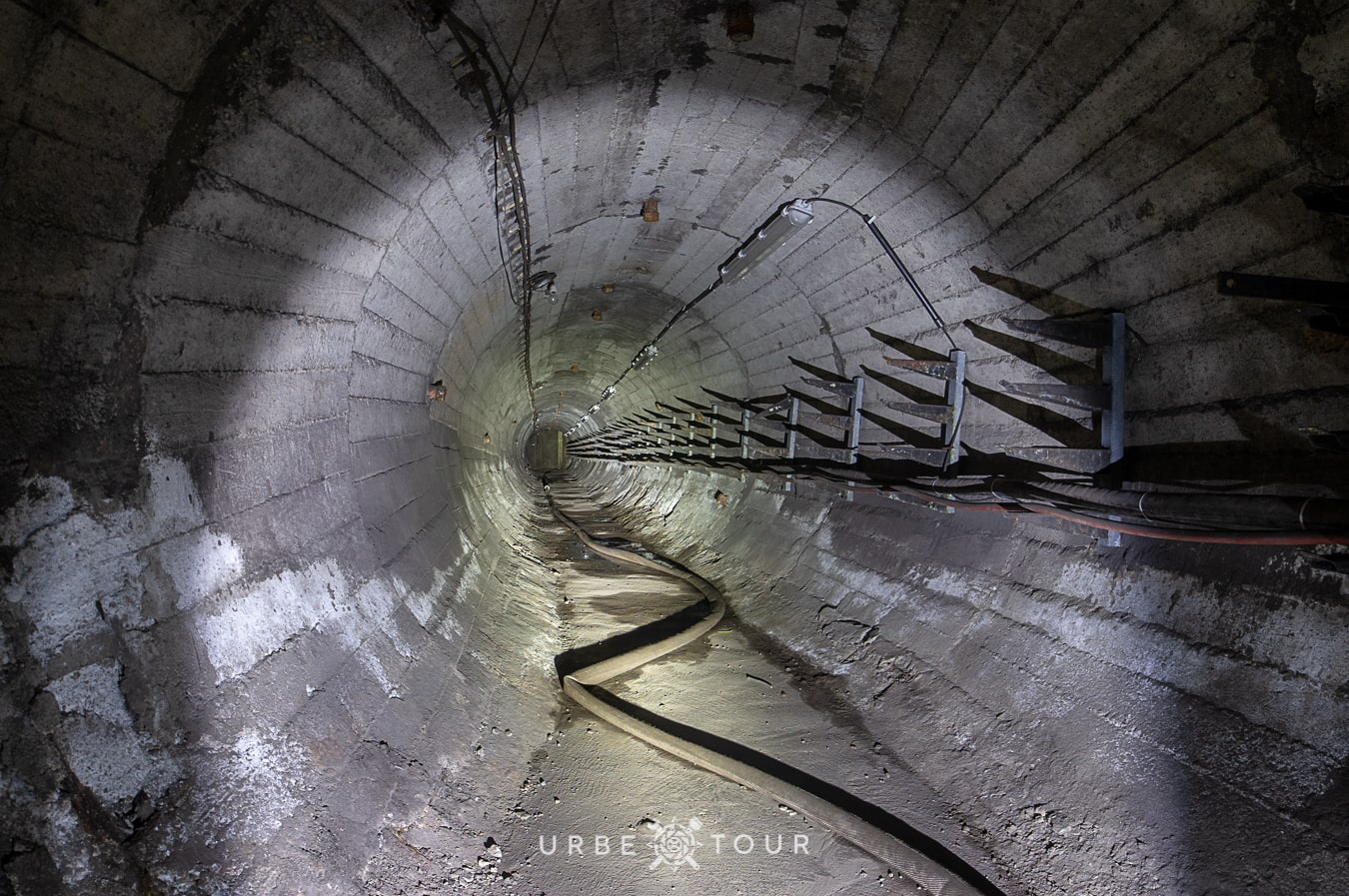 Upscended on the level with metro tunnels we got into ventilation camera line 2 Budapest metro. 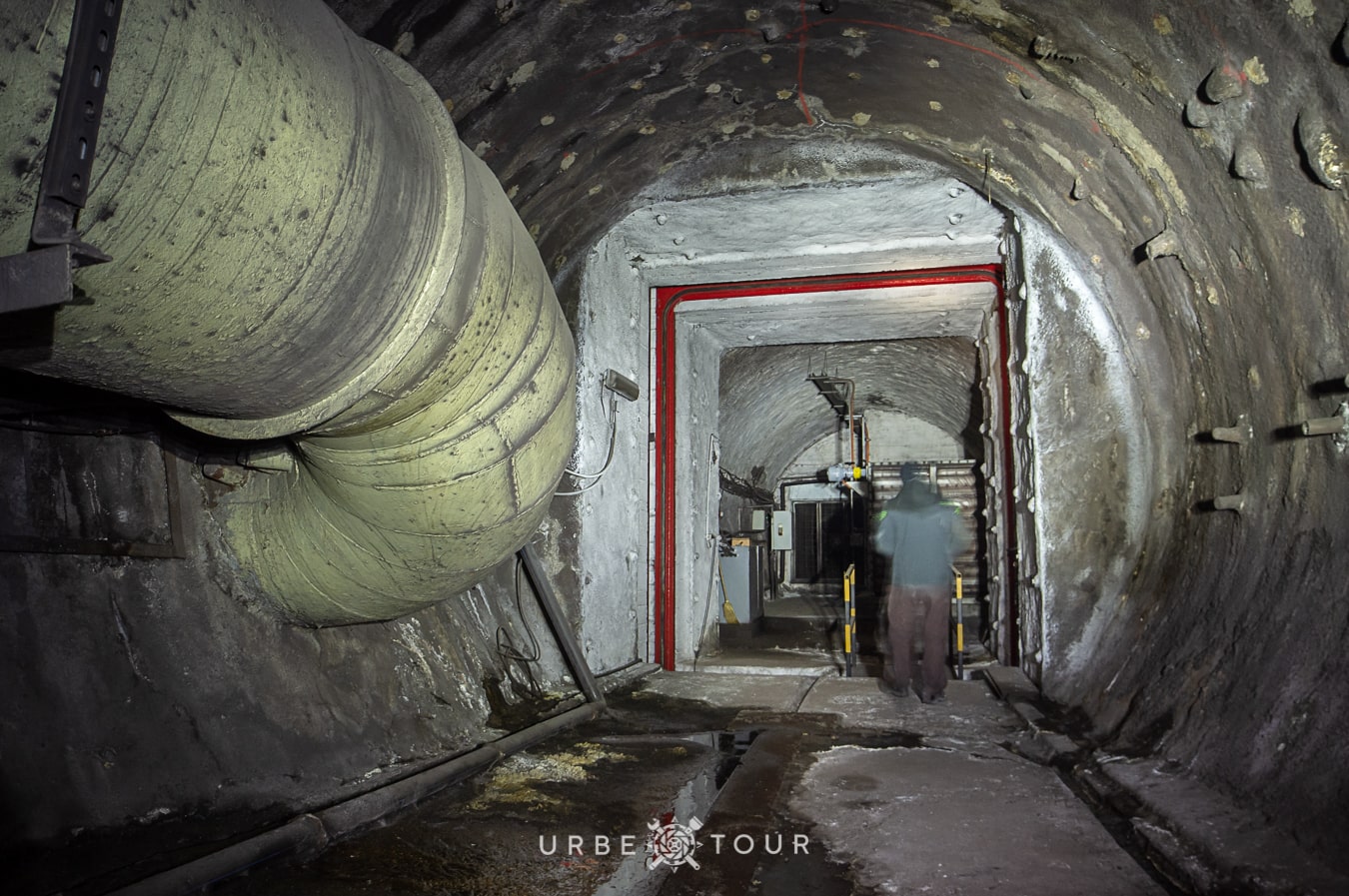 Here is blast resistant door frame on this photo. 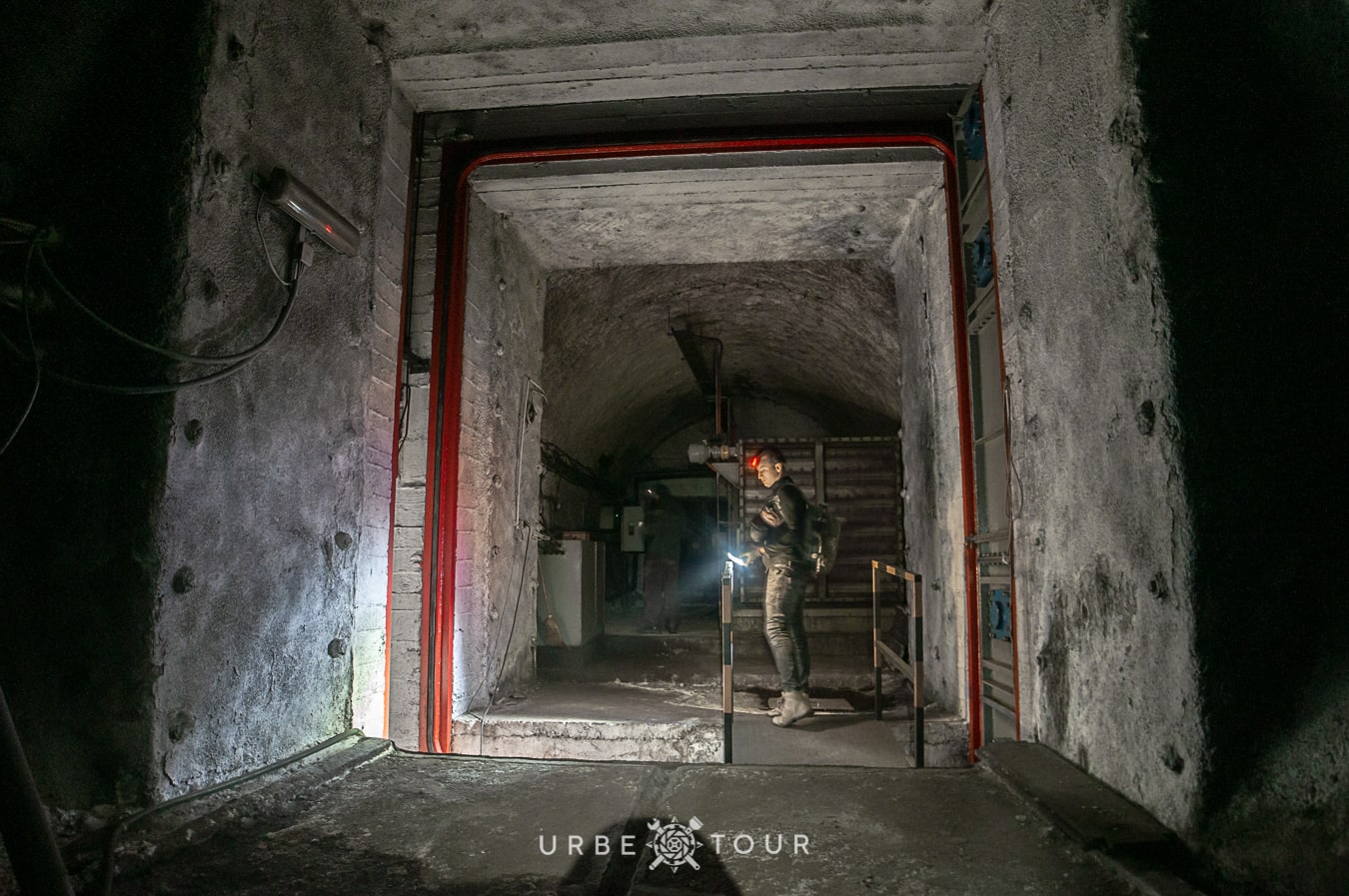 We had 5:49 o’clock so we didn’t have enough time to explore metro tunnels. 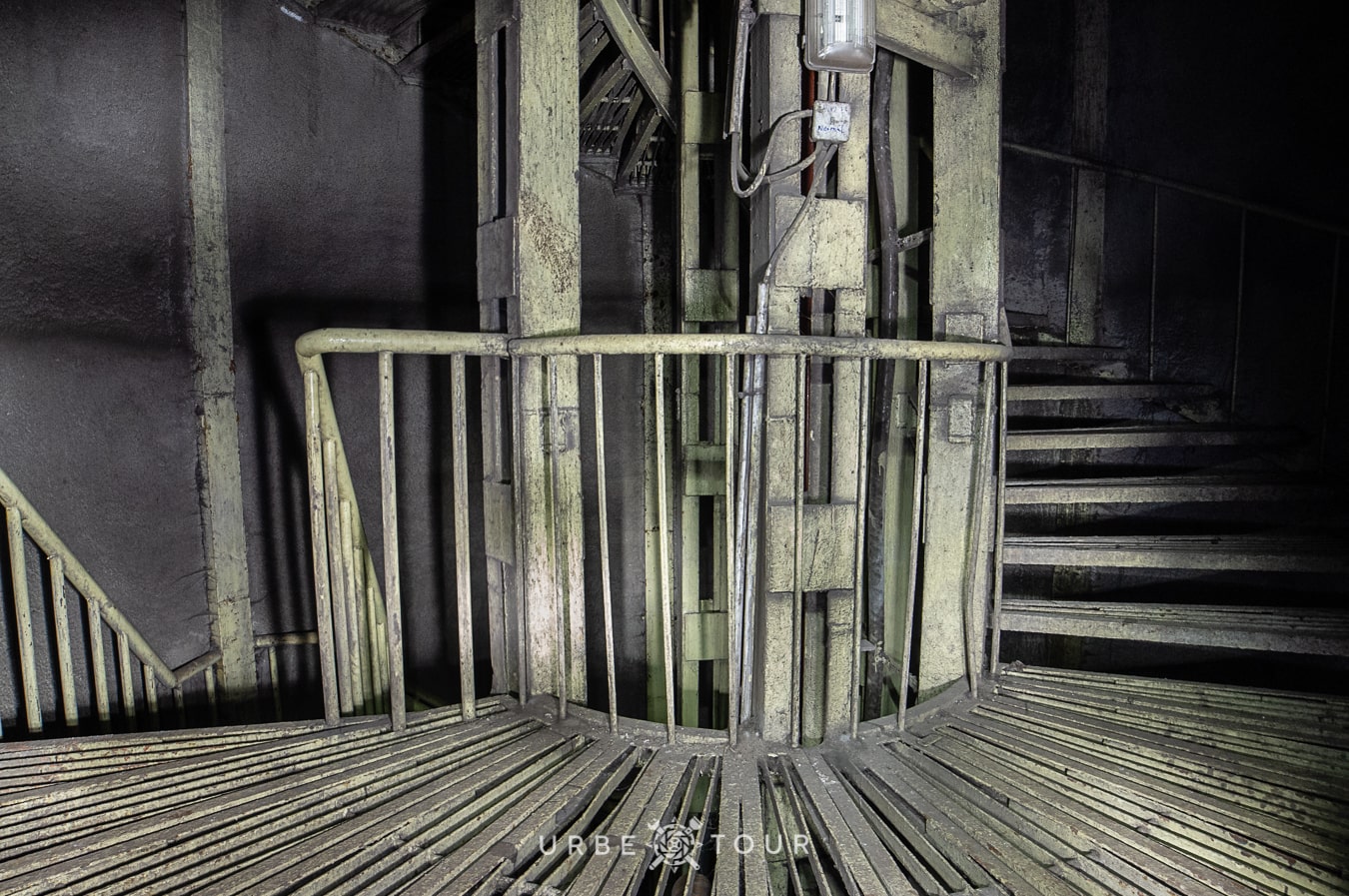 It’s hard to understand how inportand places like this for modern human history. Because you man know, if you will have settled down communist somewhere, later or earlier he will digg a bunker and sit inside, waiting for nuclear attack. 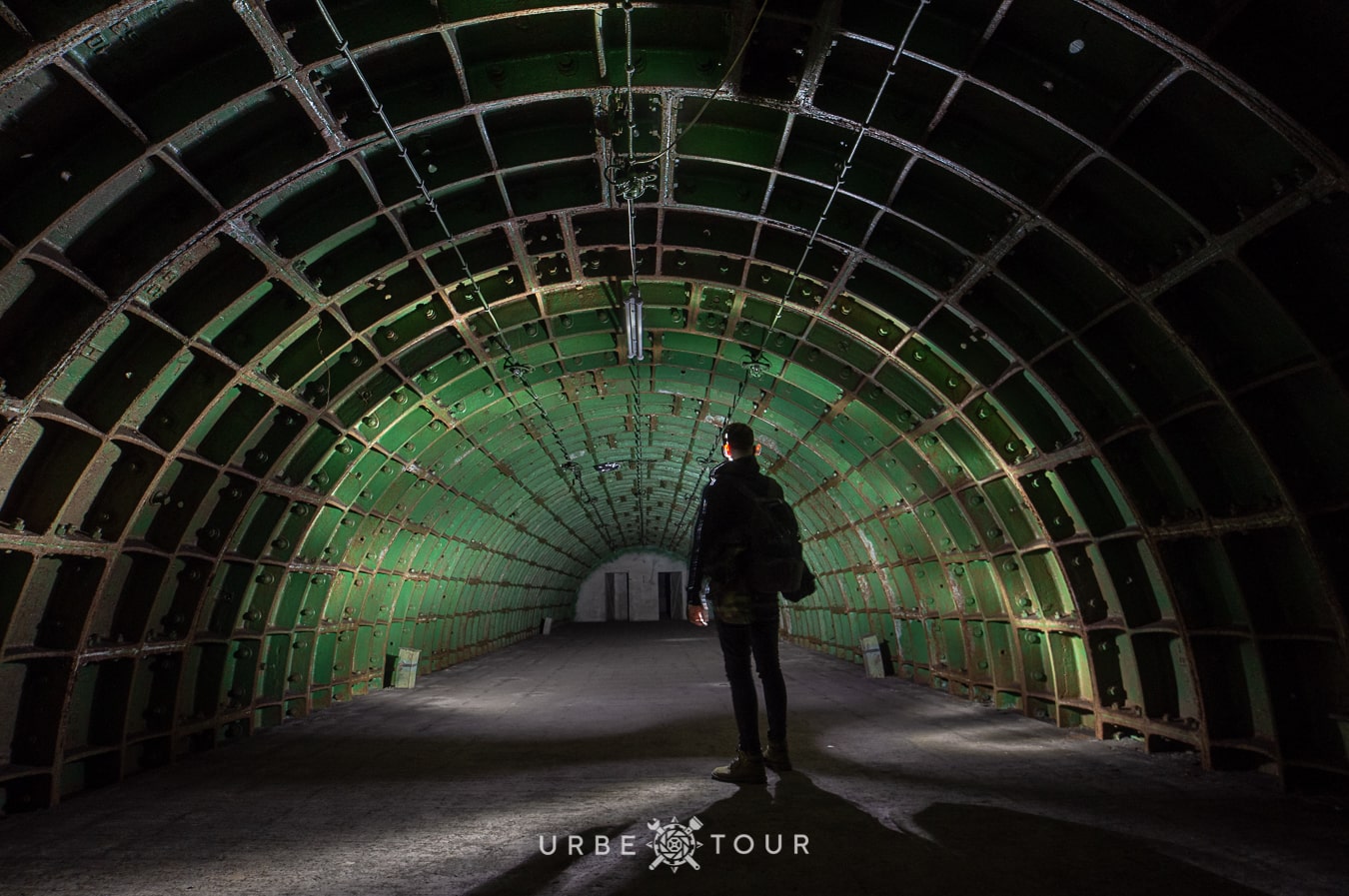 If you guys after urban exploring and if you will be in Ukraine, we inviting you to take part in Kiev Urbex Tour and explore cold war bunker and drain tunnels. Or we can manage for you exploration tour to Chernobyl in urbex style)