Just 15 kilometers from the infamous city of Nagasaki there is a real ghost island. Until 1974, Hashima was the most densely populated place on the planet, and the level of industrial development was at a high level. But then everything stopped and get frozen.

Location of Hashima Island on the map. 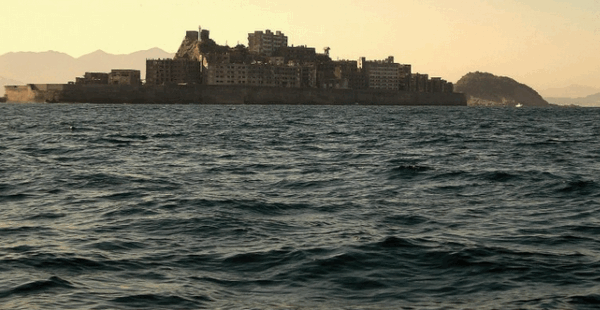 The second name of Hashima is “Gunkanjima”, translated from Japanese, which means “cruiser,” it is precisely this that resembles an island by its outline. It has tiny size: from north to south the length is 480 meters, from west to east only 160, and the coastline is only about one and a half kilometers. 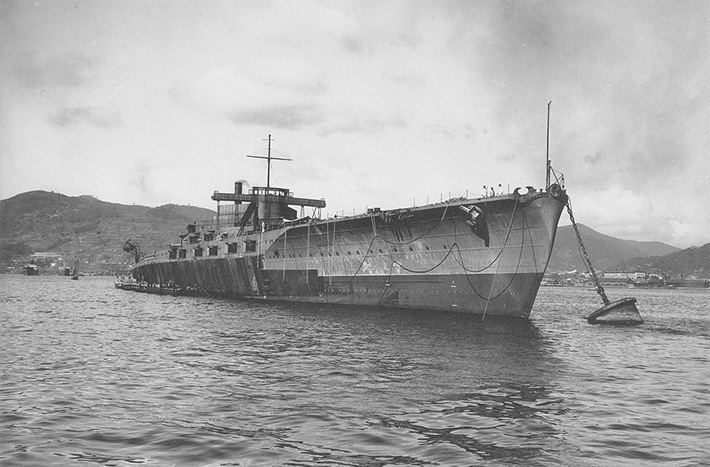 This is the warship with which Hashim is compared.

Until the end of the XIX century, the island was invisible to most people: rocky and faceless, with rare plants. The most frequent visitors were fishermen, who were attracted by a fine catches of fish and protection from the storm. When industry began to develop rapidly throughout Japan, and especially in nearby Nagasaki, the question of coal became more acute than ever. And so, in 1887, the first mine was opened on Hashima. Already in 1890, Mitsubishi concern buys back territory and the new era begins on the island. With the development begins settlement as well, so that by the beginning of the next century on the island is already a huge maze with underground tunnels. Work in mines has always been a dangerous occupation, and when the war has came and the human resources of Japan began to be valued even higher, the government has started hiring guest workers from Korea and China. The terrible conditions of work and imposing attitude towards the lives of others made Hashima the last refuge for many people.

Unusual tours in Kyiv with real stalkers! Feel the spirit of abandoned places! 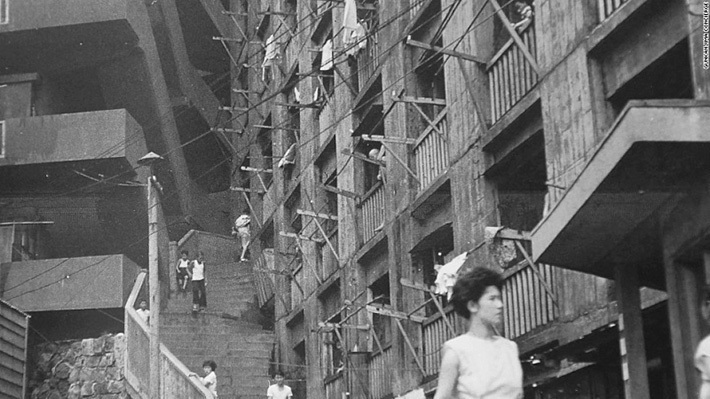 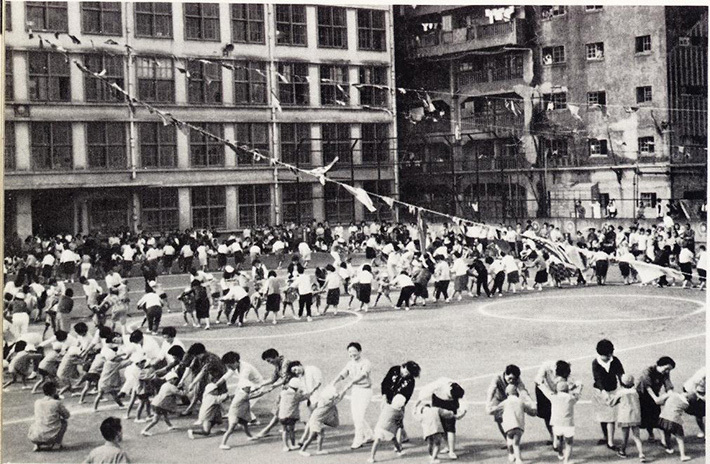 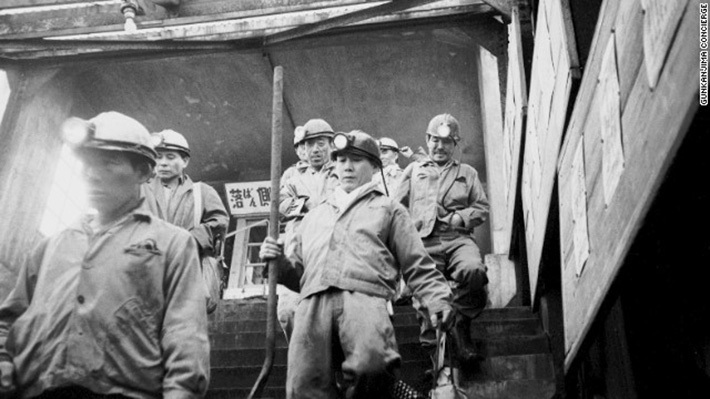 Life on Hashima during the industrial prosperity.

Some of the labyrinths went underground, some even under water, going down to 600 meters below sea level. To reinforce the island’s borders, a massive reinforced concrete wall was built. It was the largest structure of this material around Japan. For 50 years, Hashima was considered the most densely populated place on the planet, 5259 people per km². By 1916, about 150,000 tons of coal were mined annually on Hashima, and the permanent population was almost 3,000 people. 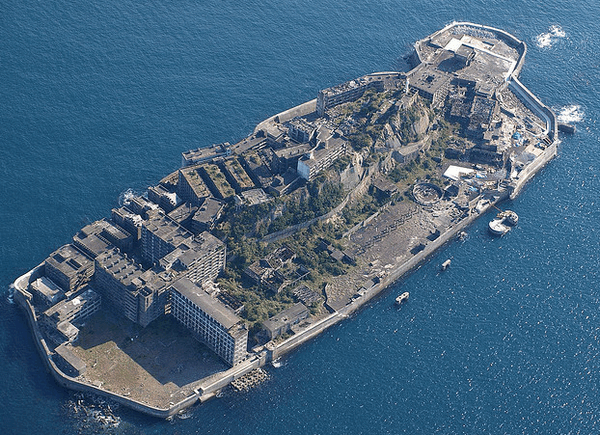 There were not only industrial buildings, but even miniature squares for workers and their families. Moreover, the Zenpukuji temple was rebuilt on Hashima, the trip to which was a real torture with a lot of dangers, the road to the sanctuary was called more precisely “The Ladder to Hell. ” In the post-war period, a school and a hospital were also built here. These were the newest and latest high buildings built here. 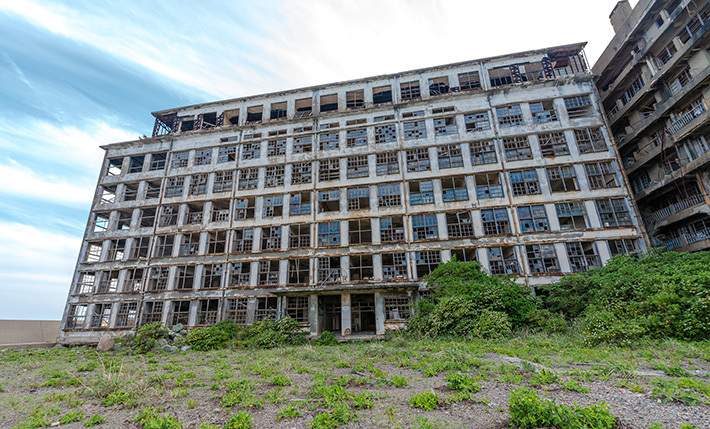 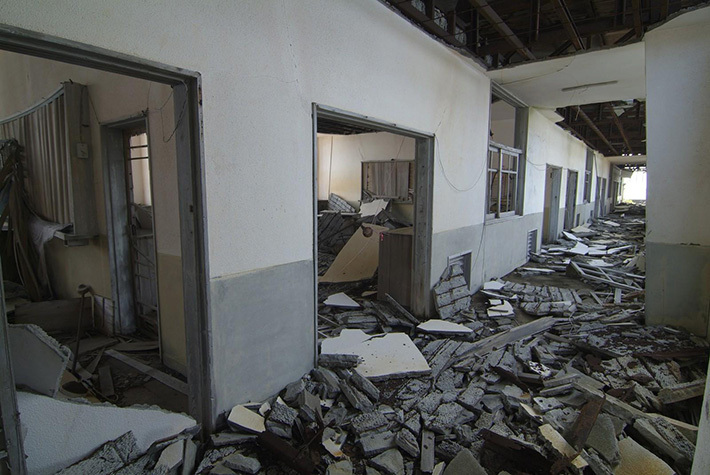 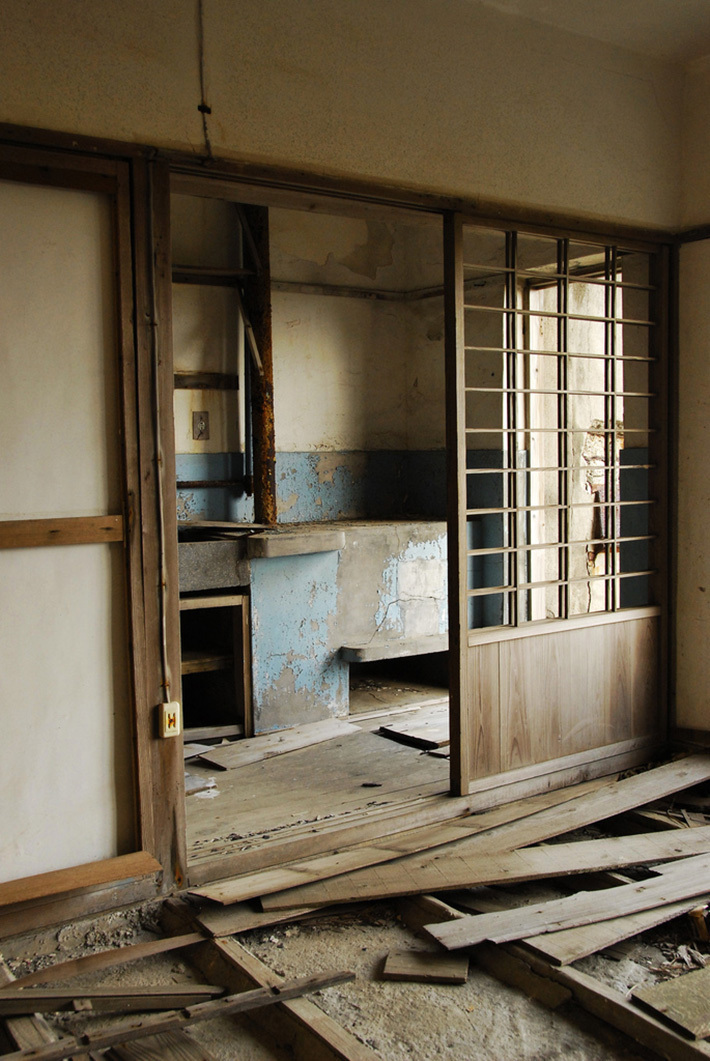 The resettlement of people on this piece of land occurred in accordance with a strict hierarchy. The honor of living in a one-story building fell only to the manager of the mine. All management staff, doctors and teachers lived in spacious and comfortable two-room apartments with bathrooms; then came the mining families with two-room apartments, but without amenities; seasonal workers and unmarried miners huddled in one-room apartments. The entire population of the island was critically dependent on a large land that supplied water, food and clothing to the island. 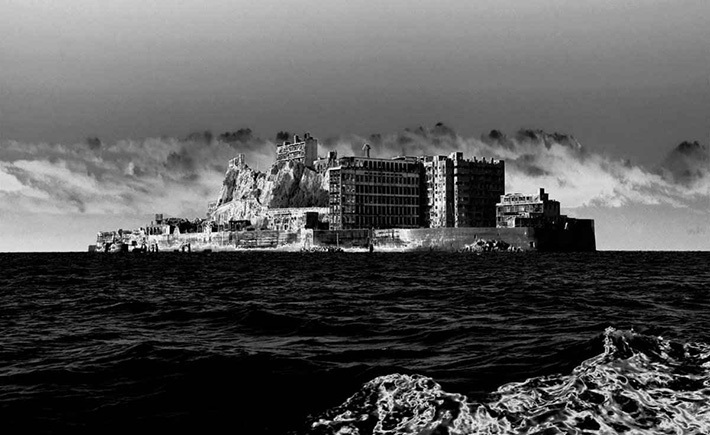 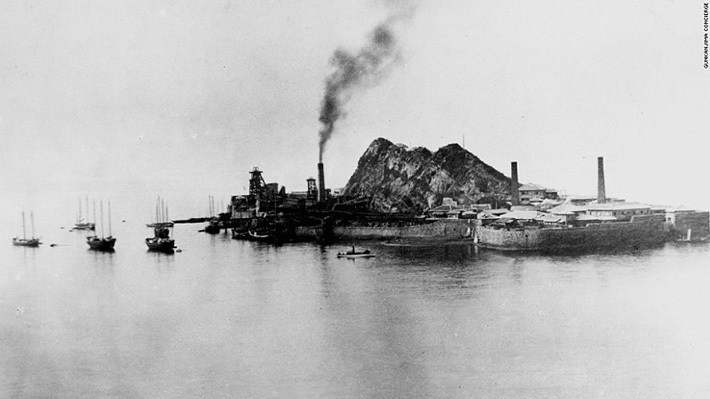 Mitsubishi closed its mines in 1974, when the entire coal mining industry fell into disrepair. In just a few weeks, all residents and workers left the island, leaving behind empty houses and labyrinths.

The silent heritage of UNESCO

Immediately after leaving the company and officials, black diggers became interested in this place. The Japanese government reacted harshly to their appearance, and introduced immediate deportation in case of visiting the island. Due to the great interest in the island, in 2008 UNESCO proposed to include it into the World Heritage List. The proposal was accepted, though only in 2015. The issue of the complete reconstruction of the island and its transformation into a large-scale museum of industrial history were repeatedly raised. But it all depends on the fantastic budgets that will be required for the resurrection of Hashima.

This is how looks like an ordinary miner’s apartment. 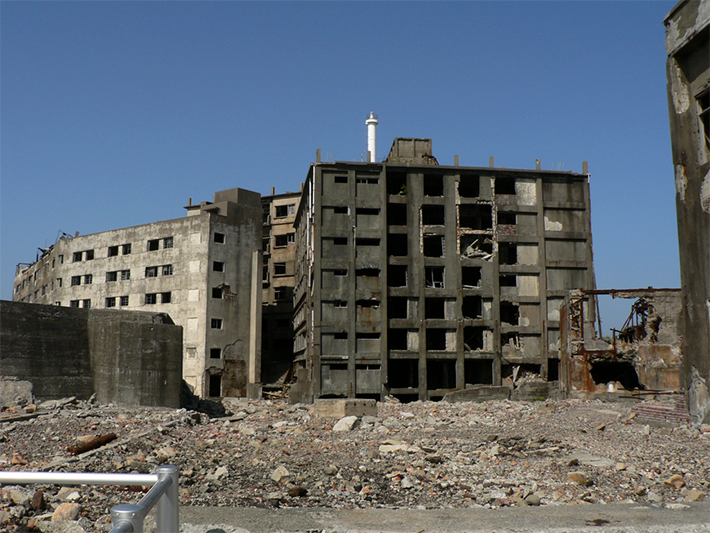 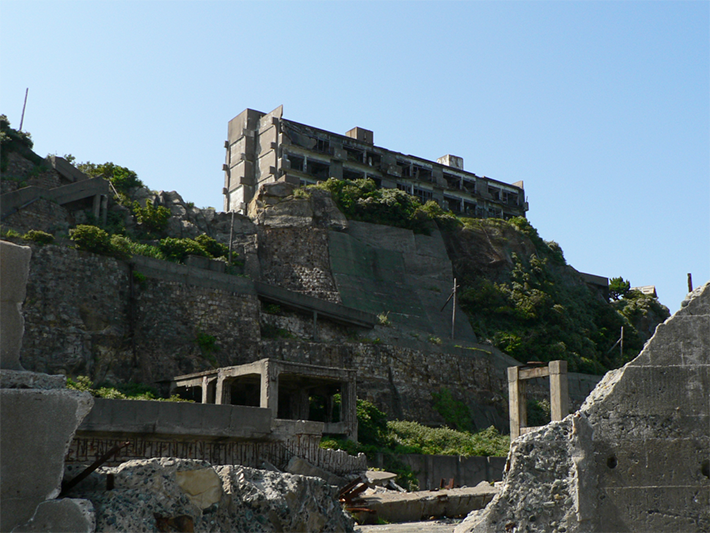 Today, the island is also closed to visitors, although a separate zone on the island is equipped for tourist visits. It contains all the buildings of the miners, which have already become part of Japanese history. The excursion ship from the Nagasaki harbor leaves at 9.00 and at 14.00, if there are no waves, tourists can disembark on the island, otherwise the ship passes close to Hashima without stopping. 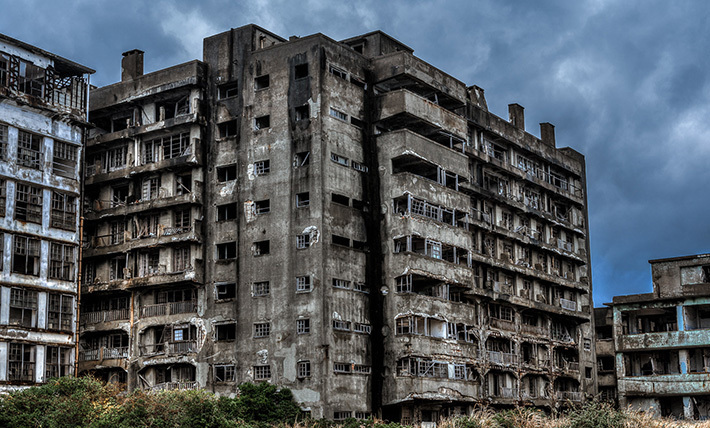 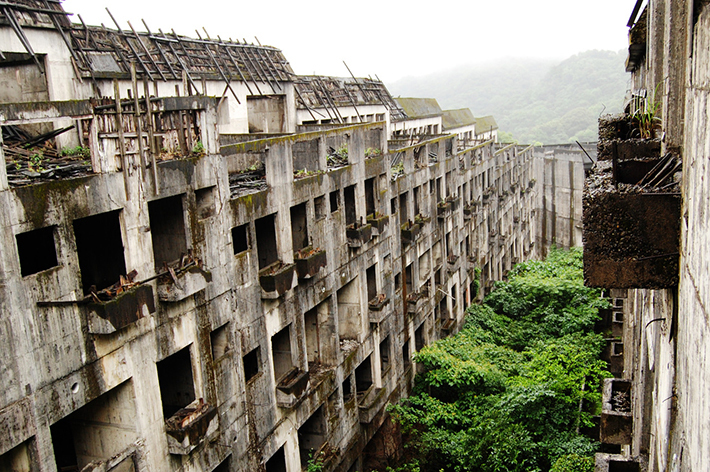 Trees and plants still growing where the land was brought from Kyushu.

Another surge of interest in Hashima arose after it became the inspiration for the scenery of the new film about agent 007. The scenery built in the Pinewood studio apparently borrowed the drawings of the Japanese “battleship”. In summer of 2013, thanks to the Google Street View service, travel even to closed parts of the island. You can even visit the abandoned buildings, where the miners used to live. Hashima is constantly destroyed due to time, so being there is dangerous for life. 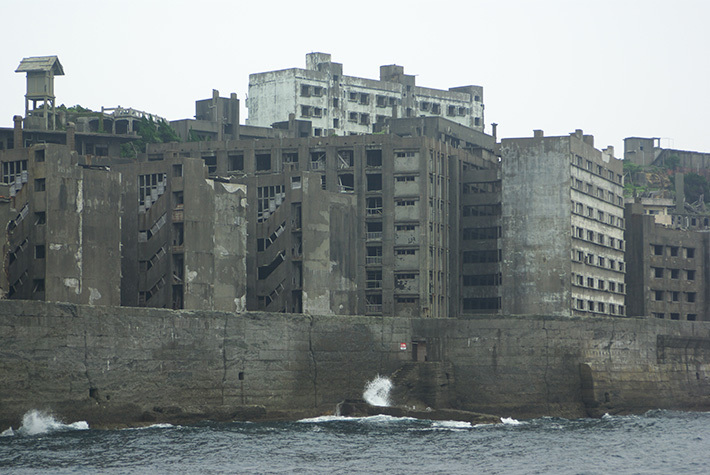 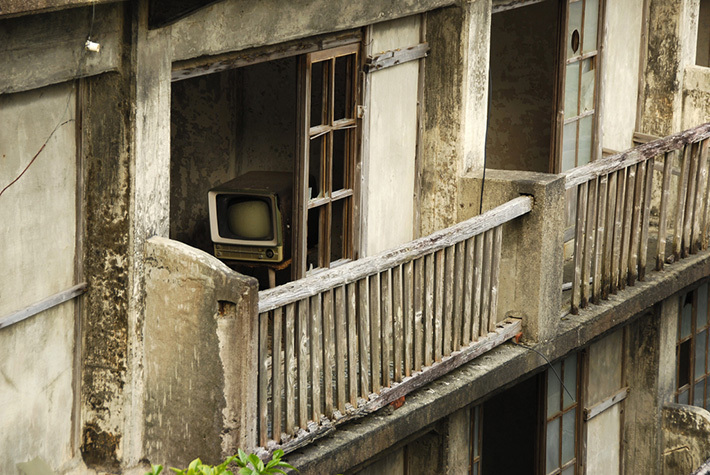 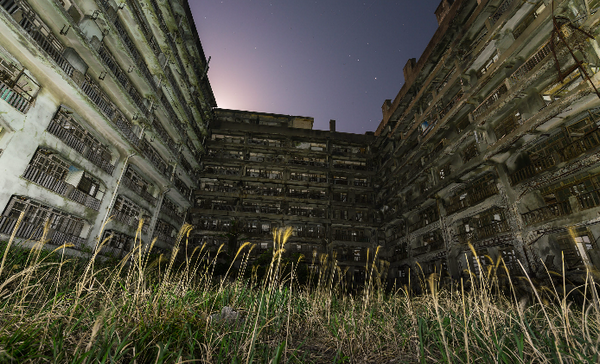 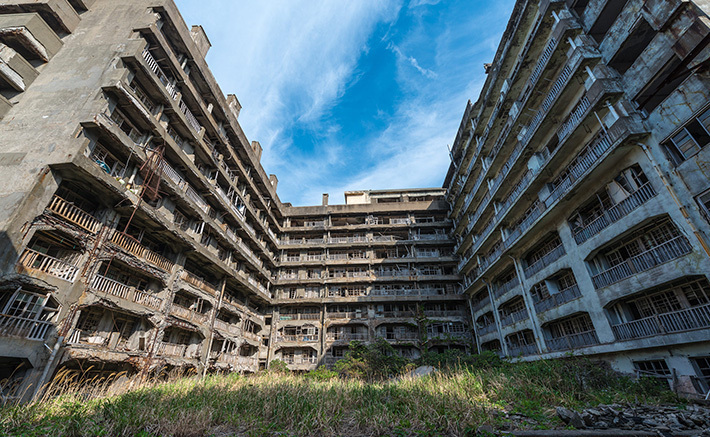 The article used photographs from the sources:  Source1; Source 2.