Menu
Fifty armored reinforced concrete blockhouses, more than three dozen kilometers of underground tunnels, 17 freight stations of the underground railway, a system of dams, drawbridges and water canals. All this is the Mezeritsa Fortification (MRU). Not far from the Polish city Miedzyzhech exist a network of underground tunnels, which was carried out from the 1930s to 1943, as a strategic defensive line on the Eastern Front. Hitler twice visited this underground reinforced concrete kingdom coded under the name “RL” – Regenwurmlager – “The Camp of the Earthworm.” In the world there is no more extensive and more ramified underground fortification which was dug in the bend of the Oder – Warta rivers more than half century ago. Until 1945 these lands were part of Germany (After the collapse of the Third Reich, they belong to Poland). The project was not finished and in 1945 the Soviet troops broke through this fortified area. At the end of World War II  Soviet troops discovered huge unfinished tunnels across Germany. The length of the main constructed part is approximately 30 kilometers from 80 planned and more than 50 firing points, divided by the massiveness and thickness of concrete classification – A, B, C … The largest – “A” has a wall thickness 3.5 meters. Many firing points were not connected. Depth of occurrence tunnels from 30 meters to 50 meters (in the northern part). According to the plan “LDH”fortification should have been completely autonomous, including underground barracks / dining rooms and power plants. Let’s plunge into the dungeons of the Third Reich!

Where is the Rain Worm Camp situated?

The modern border of Poland and Germany differs from the pre-war. In the 1930th its western part ran east. Part of the border ran along the Oder River. By themselves, rivers are a good means to deter enemy attacks – tanks will not pass through the bottom. It is necessary to build bridges, anchored on the opposite shore and all this under the fire of the defending side. Therefore, having built some of the defensive structures, the Germans could be calm. But the rivers do not flow in an infinitely necessary direction. So here – the river Oder flows from the south and turns to the west. Warta flows from the east towards the Oder. The terrain between the rivers was a weak spot. According to German this place is called “OWB” (Oder – Warta – Bogen), which translates as the bend of the Oder and Warta rivers. [ux_image id=”4832″]

Germans built a line of bunkers in a vulnerable area, linking the underground groups of fortified groups underground to protect themselves if an enemy attack will happen. Radiation between the rivers was fairly wide – about 62 km and Germans did not have time to finish tunnel system to the end. [ux_image id=”4831″] A picturesque hill with an oak on top was crowned with two armored positions. [ux_image id=”4829″] The entrance was closed by a grate. 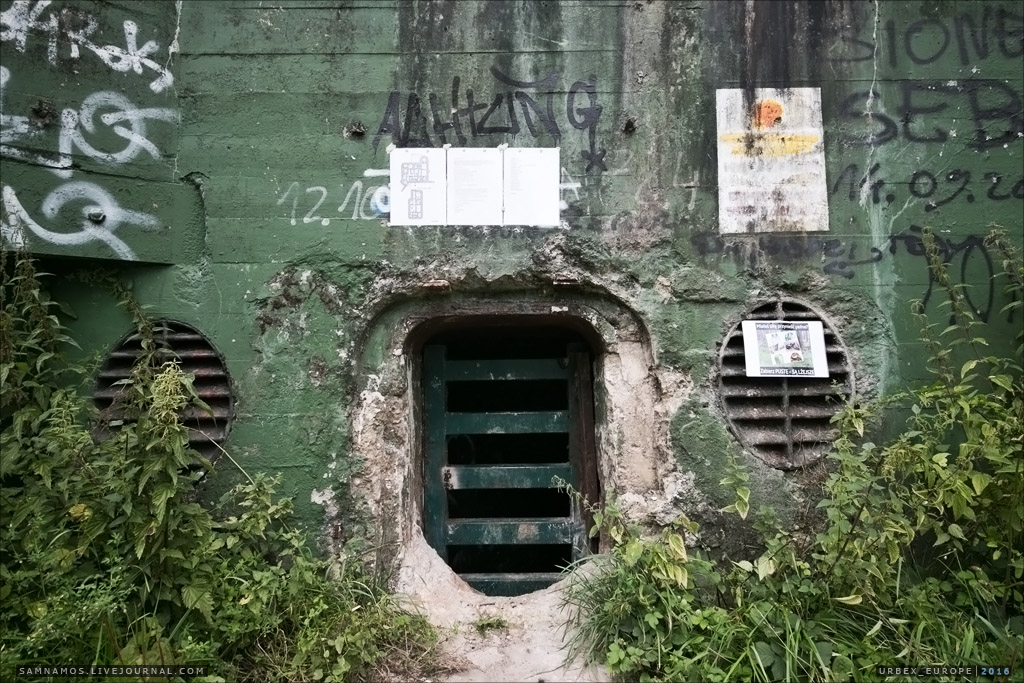 At the entrance hang signs with schemes of fortifications. 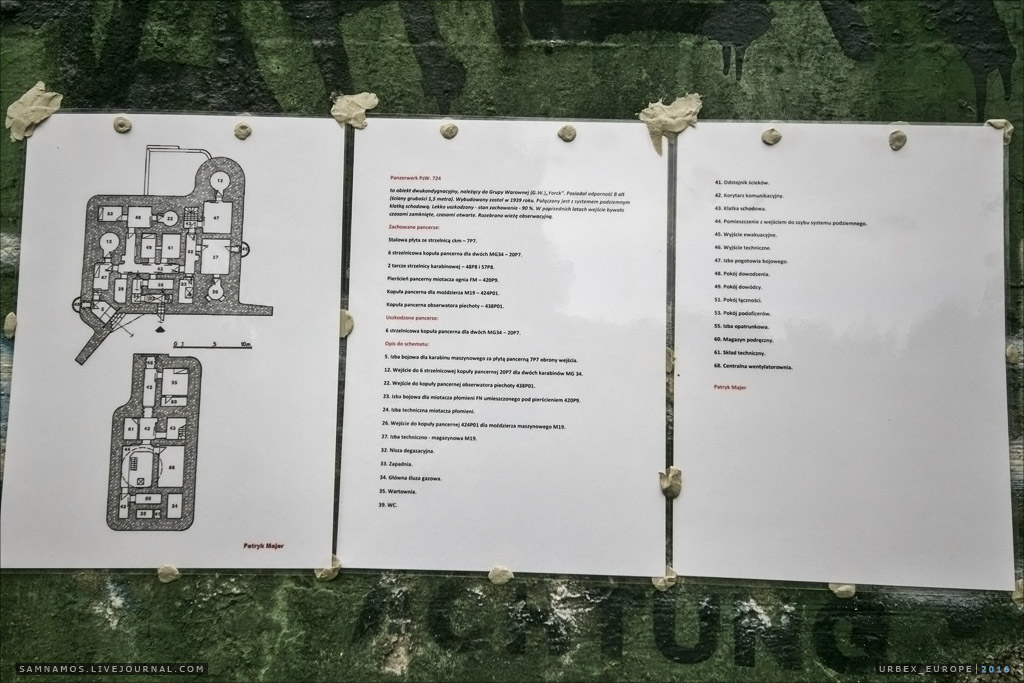 This fortification miracle was built not by captive slaves, but by high-end professionals from Todt’s construction army: surveying engineers, hydraulic engineers, railway workers, concrete workers, electricians, and so on. Everyone was responsible for own object or a small area of ​​work and none of them could even imagine the overall scale of the earthworm camp (Regenwurmlager). During the construction, Todt’s people used all the technical innovations of the twentieth century, supplementing them with the experience of the architects of medieval castles in terms of all kinds of traps and deadly surprises for uninvited visitors.
A kilometer away we found the next fire-position. In contrast to the first place where the shaft to the bottom was a ladder in this mine was empty. We had two systems for descent and 80 meters of rope. Enough to descend to a depth of 50 meters. 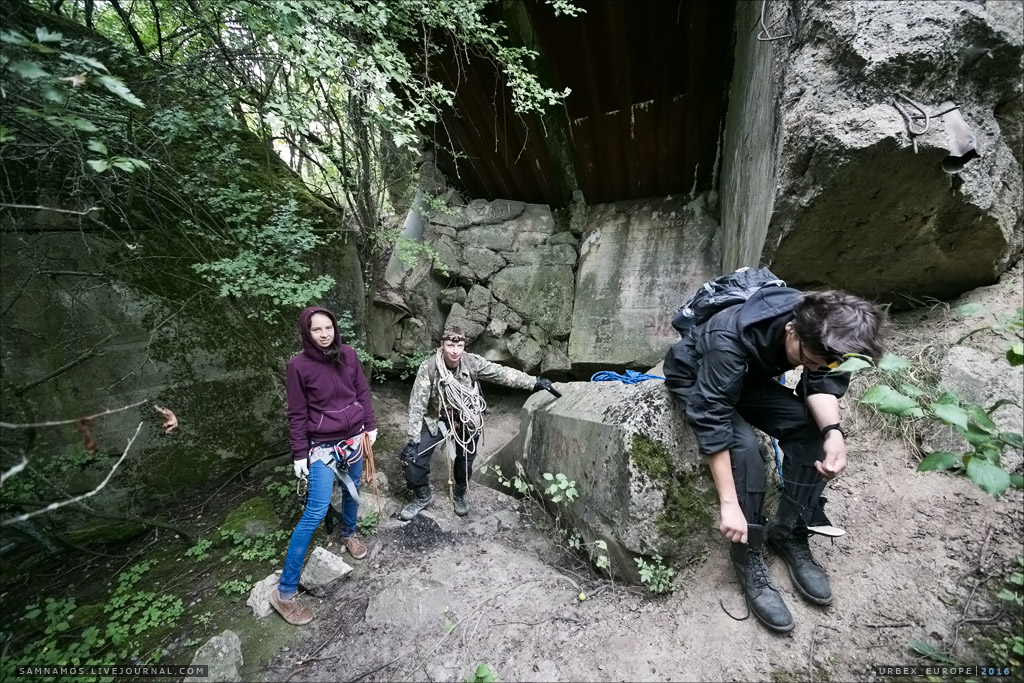 One by one we go down to the bottom of the mine. 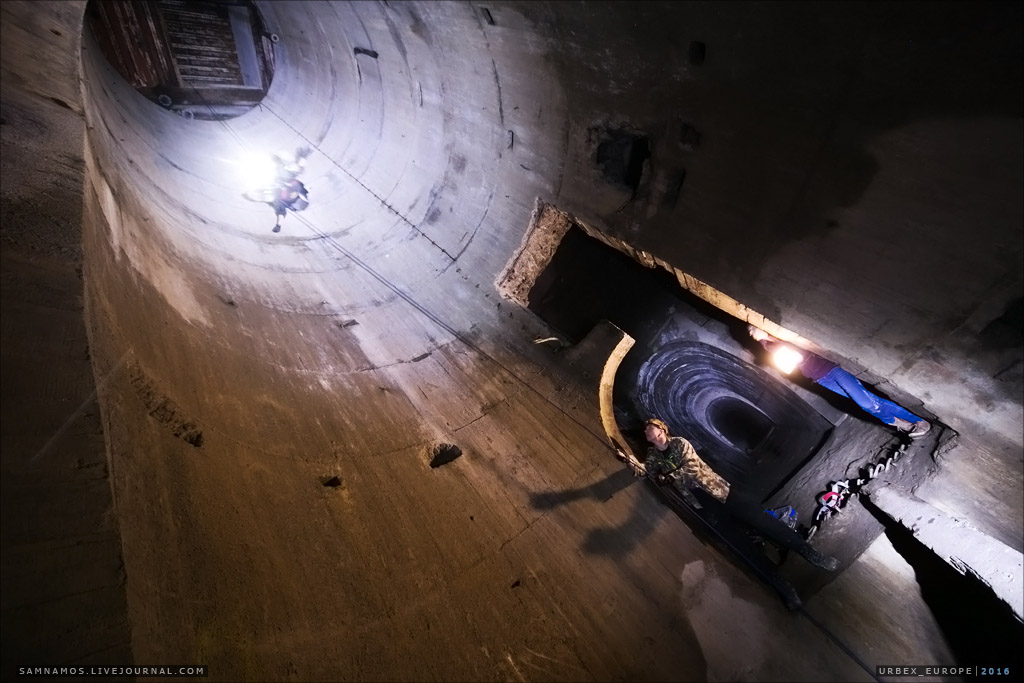 We went down to the base of one of the earthworm bunkers. The bunker consists of several halls. In the rear part of the bunker there is an exit to the shaft with a ladder to the surface. 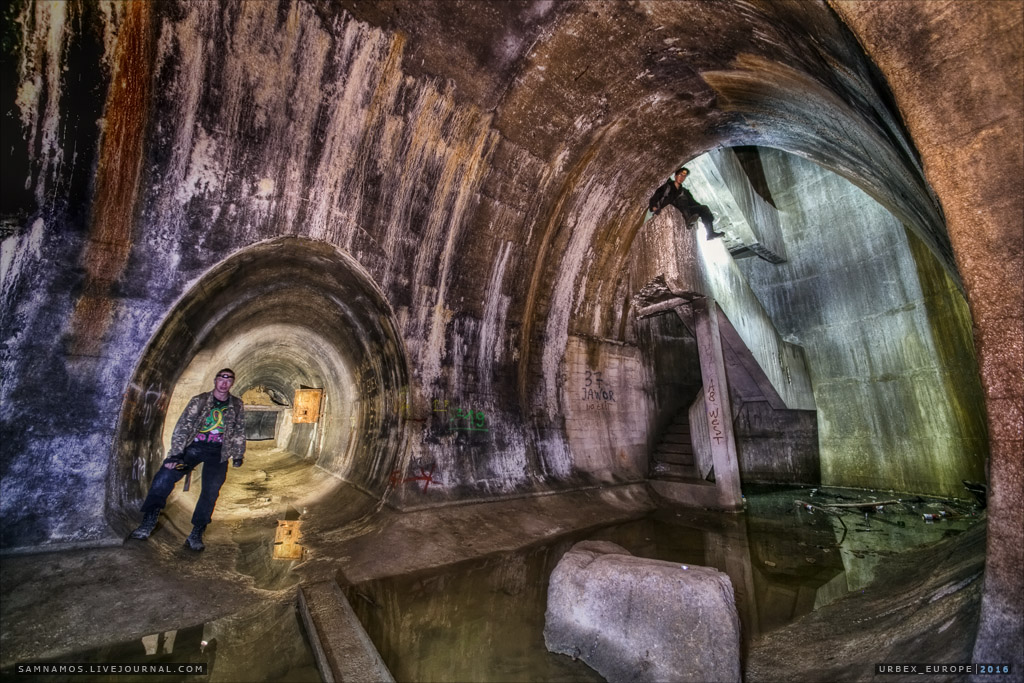 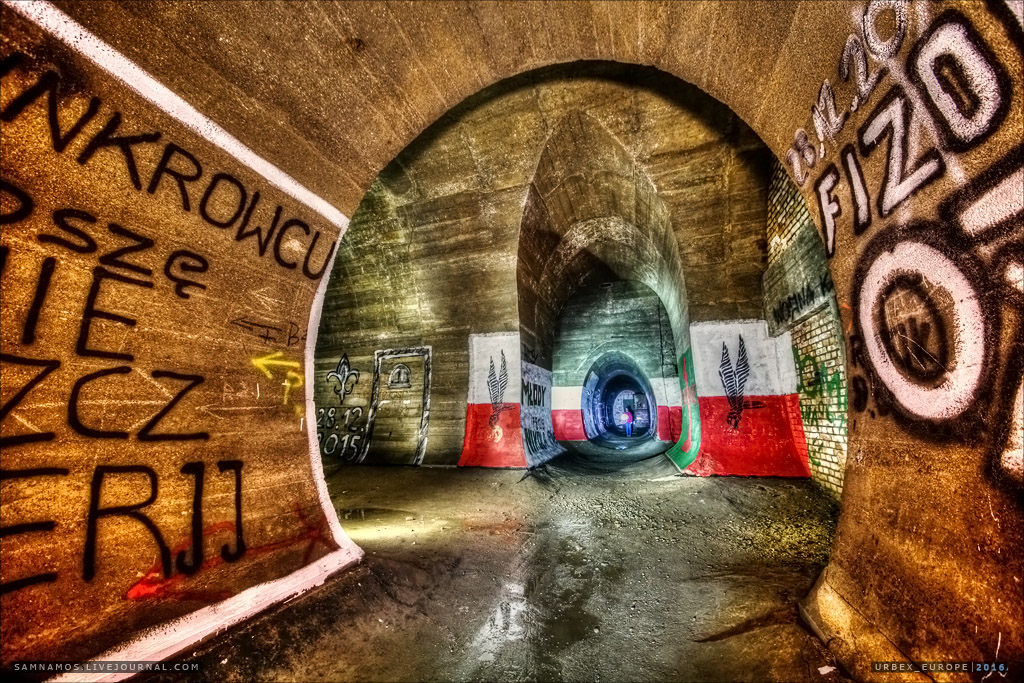 Metal double-armored door. Fire positions on the surface were equipped with such doors also. 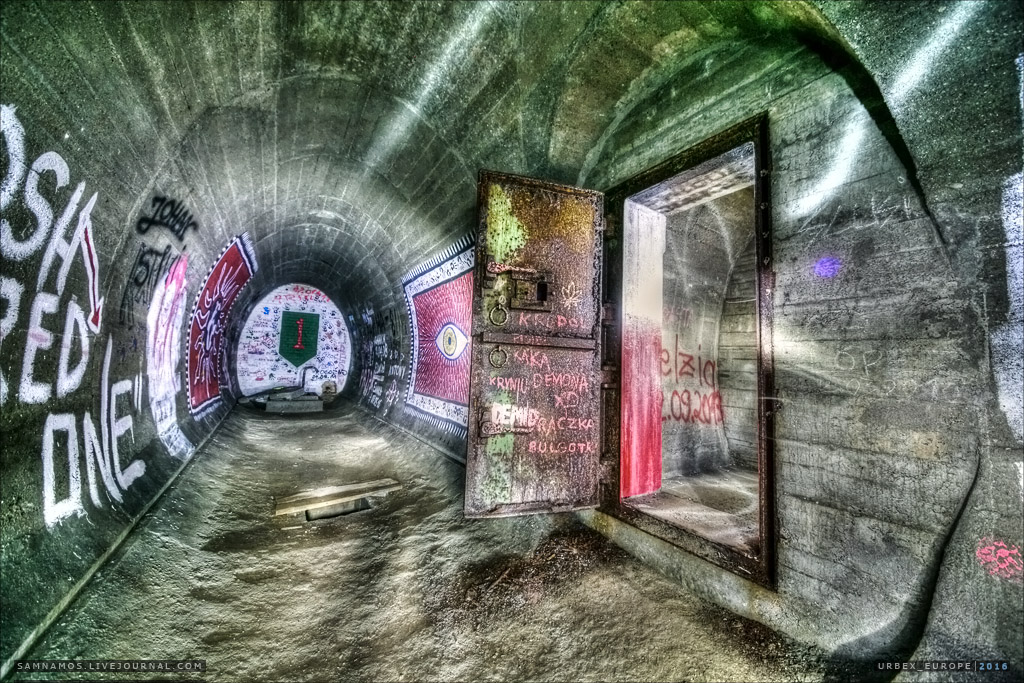 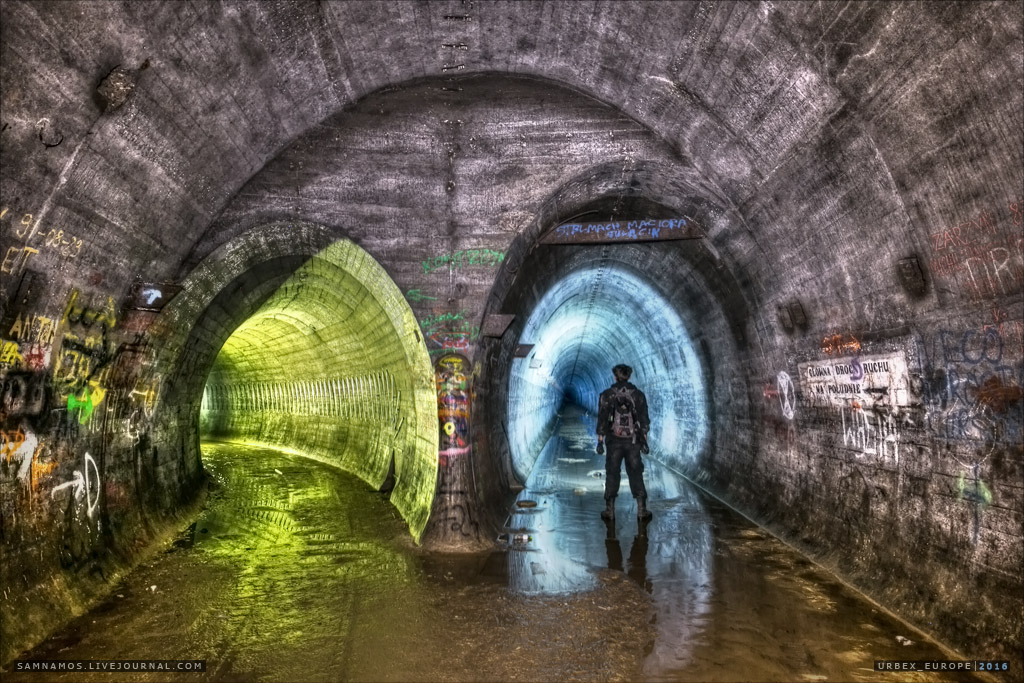 All tunnels of the underground fortress were connected by an underground railway along which the electric locomotives with mini-trains plied. 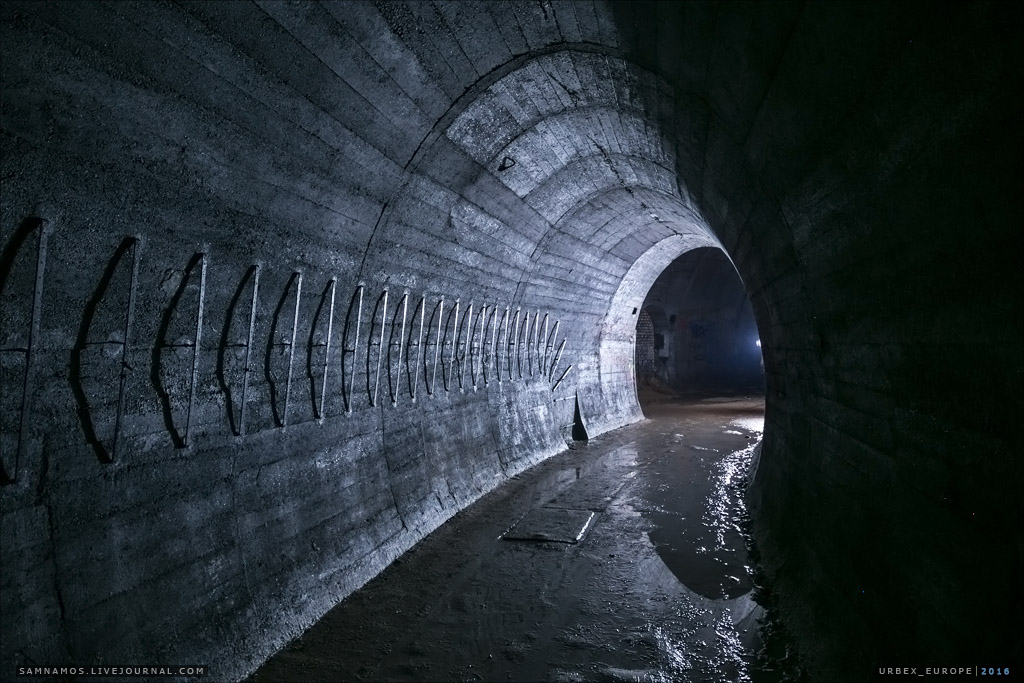 There were even train stations (marked on the map). The train units could be separated and electric locomotives can be recharged at stationary charging points. Here also were diesel power stations, barracks, medical towers, and other infrastructure. Are you dreaming to visit Bunker Tours in Kyiv? Contact us and we’ll make your dreams come true! 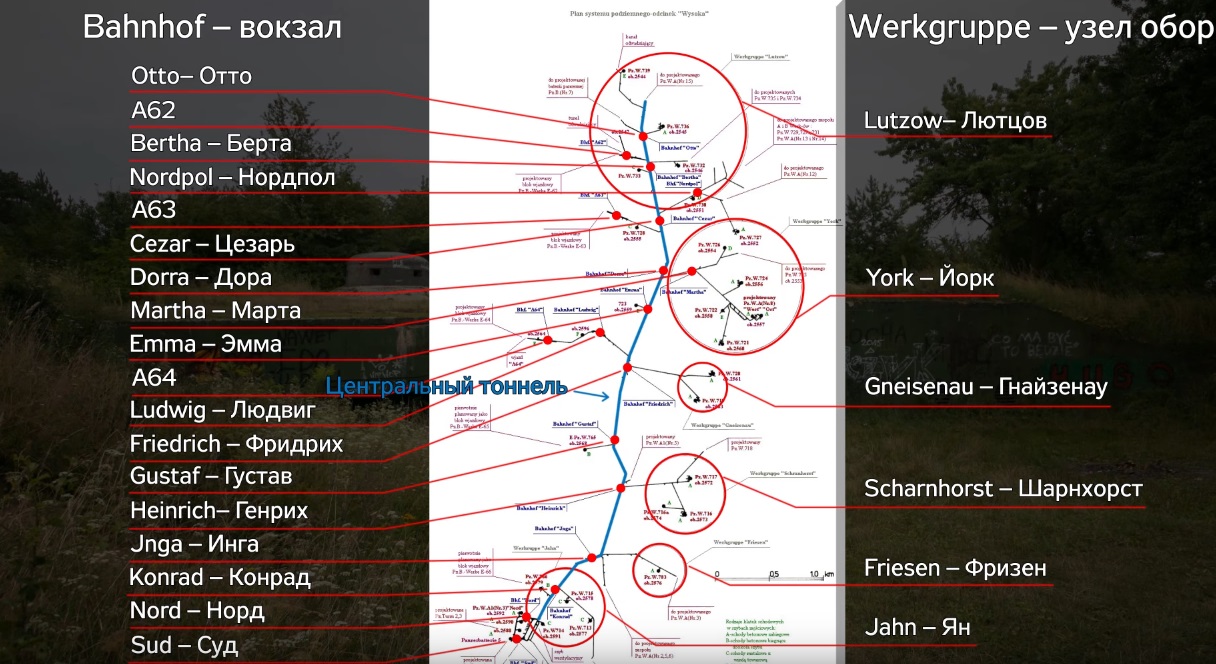 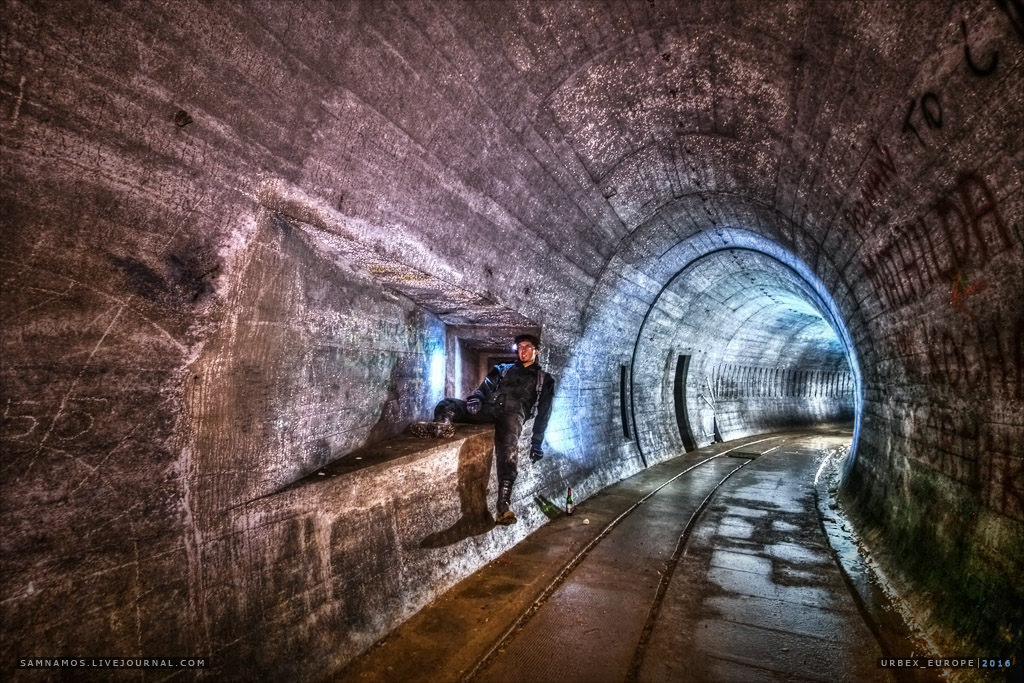 This is the last station. After 300 meters the tunnel goes out to the surface. 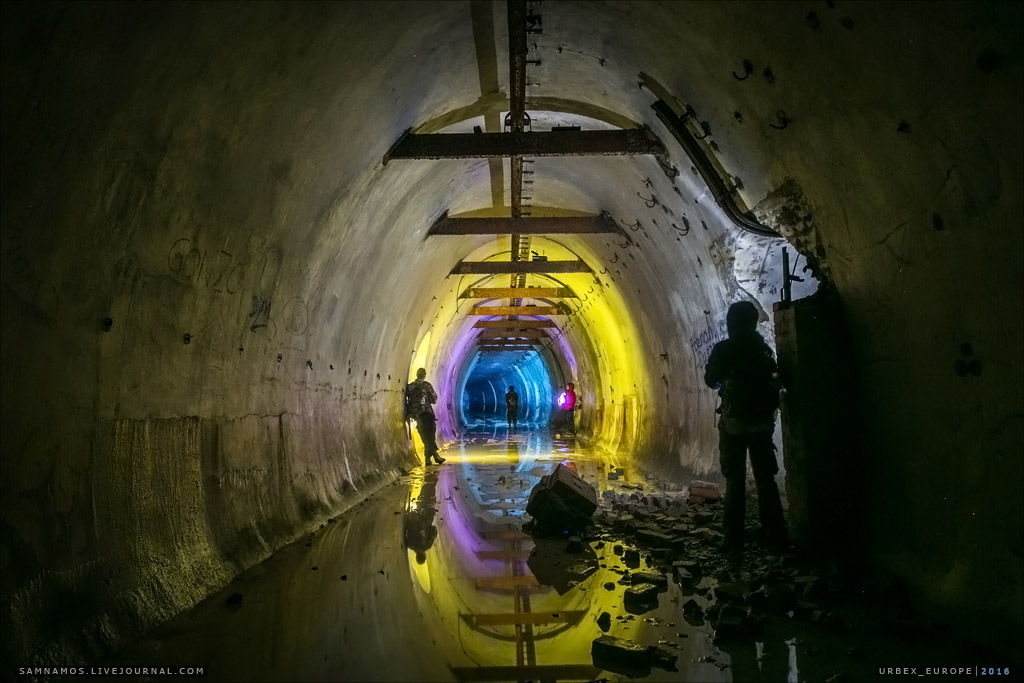 After passing through the tunnels for about 10 km we came to the surface. A small truck could pass through this exit. The entrance was sealed with massive gratings. 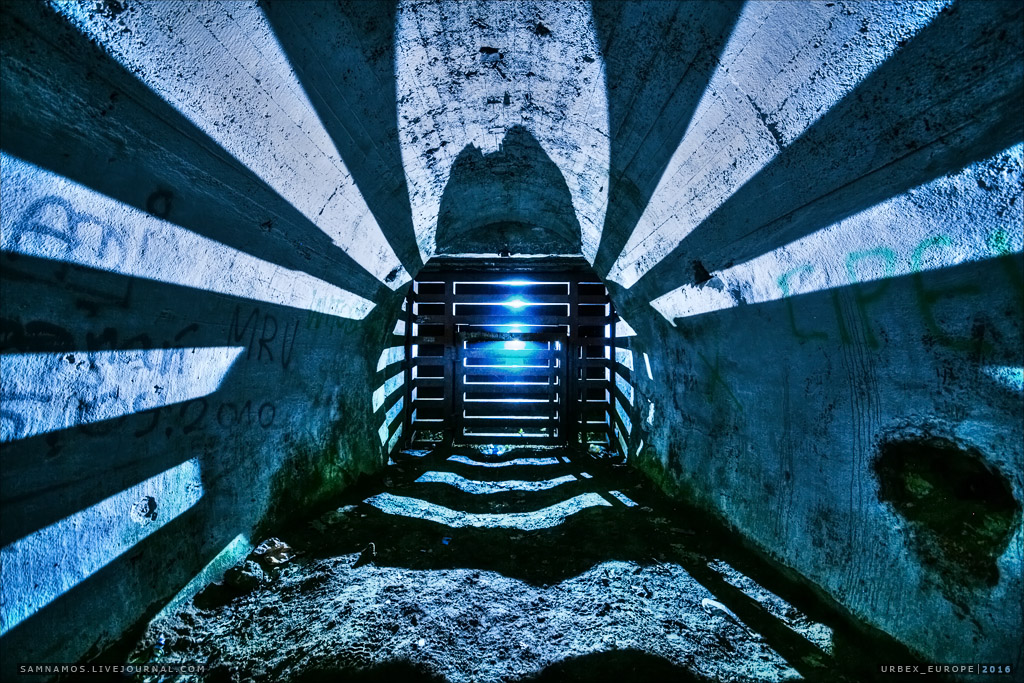