Menu
The study and development of space programs today is simply amazing and impressive. However, most of them use the base created by scientists from different parts of the world, including the USSR. The abandoned reference center for antenna measurements in Armenia looks magnificent even today. This is a huge structure with a record level of self-noise (2.4 Kelvin). 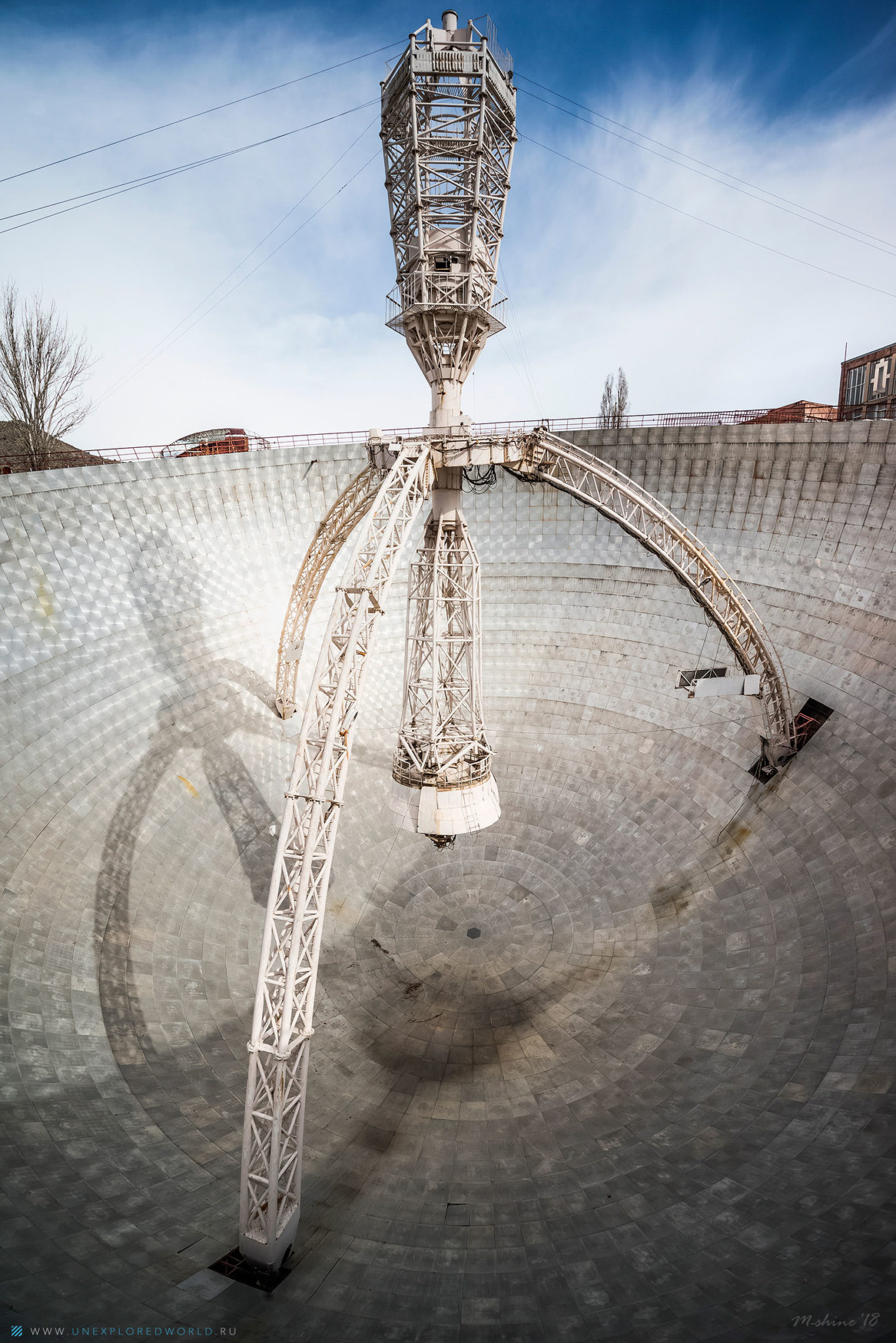 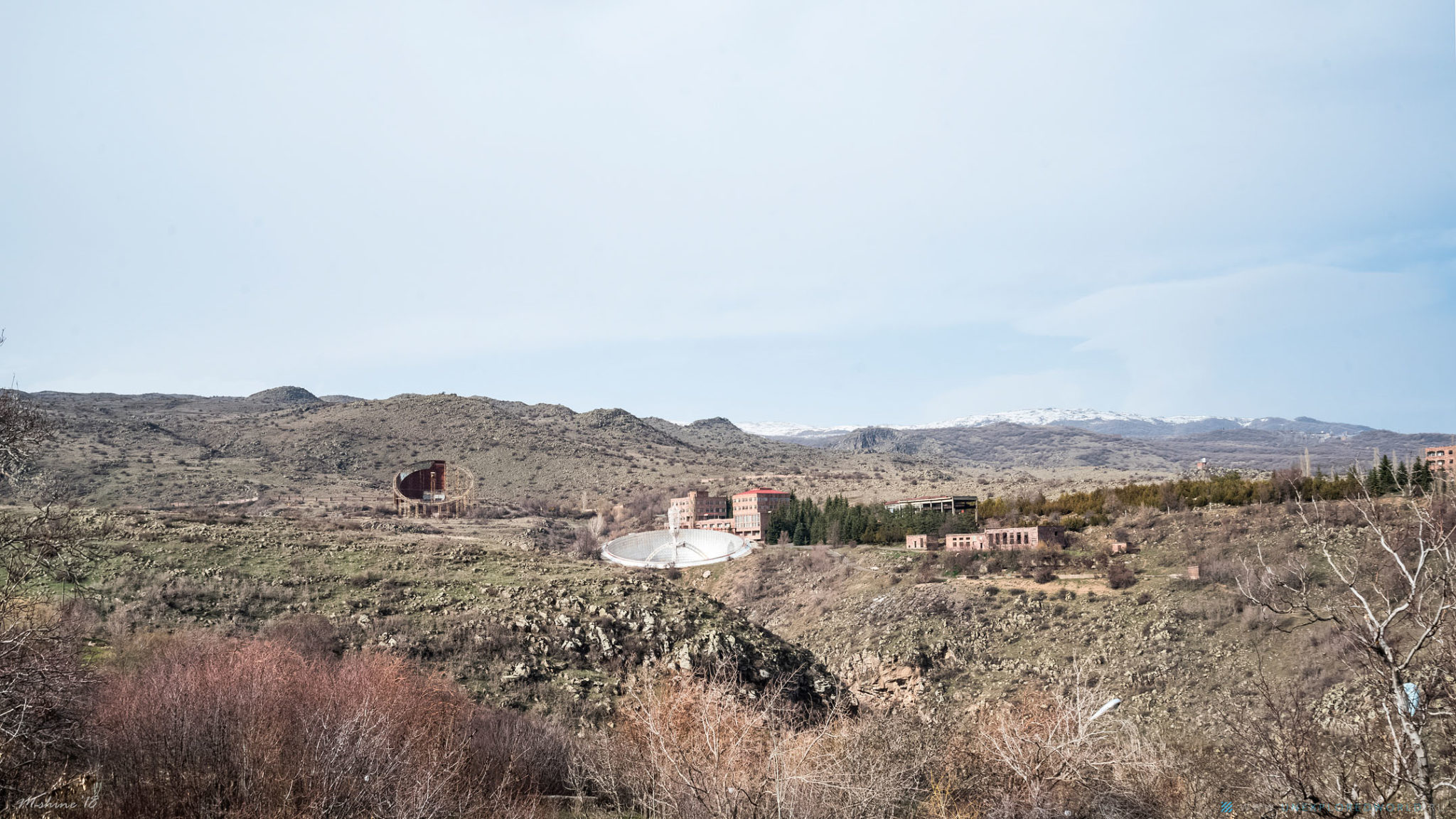 Paris Misakovich Heruni went down in history, creating a unique device, which was later named after him. Mirror radio telescope by Heruni became one of the most powerful radio telescopes on its time. In addition, Heruni was noted in scientific activities, proposing a number of theories and calculations. 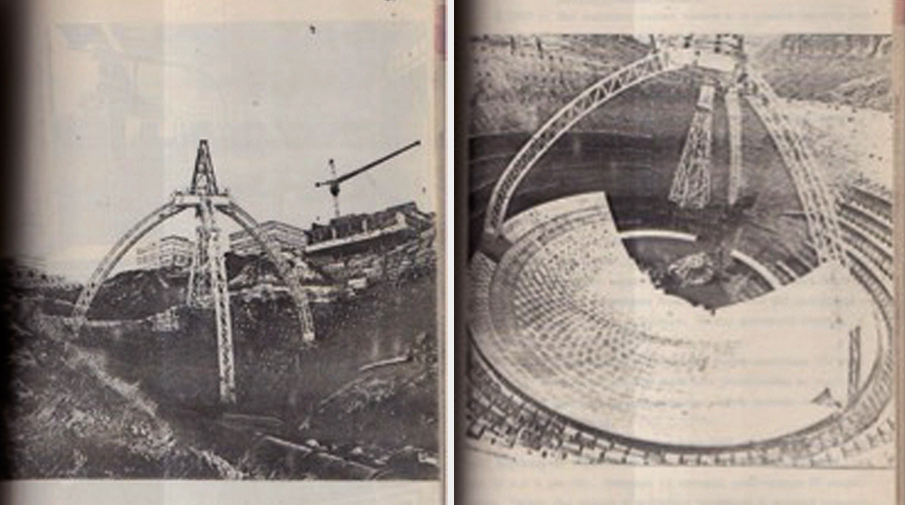 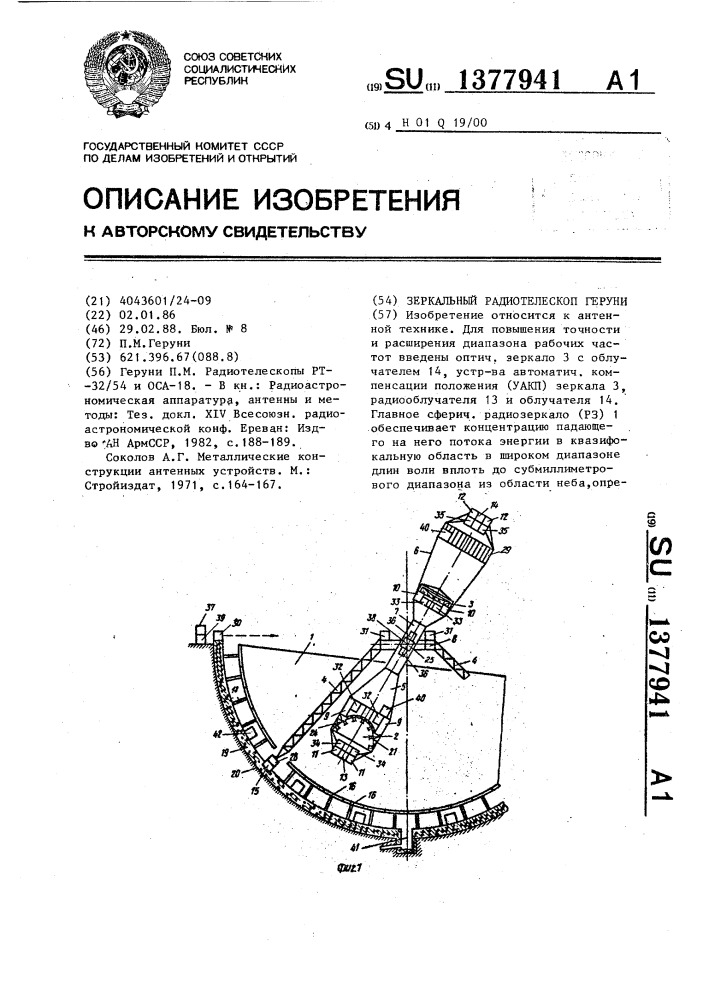 Model of the antenna was presented by Paris to Sergei Korolyov and Valentina Tereshkova, surprising them with an innovative invention that could completely change the concept of space exploration. Before construction has begun, it was necessary to go through all the circles of the bureaucratic hell, defending significance and value of the giant antenna. 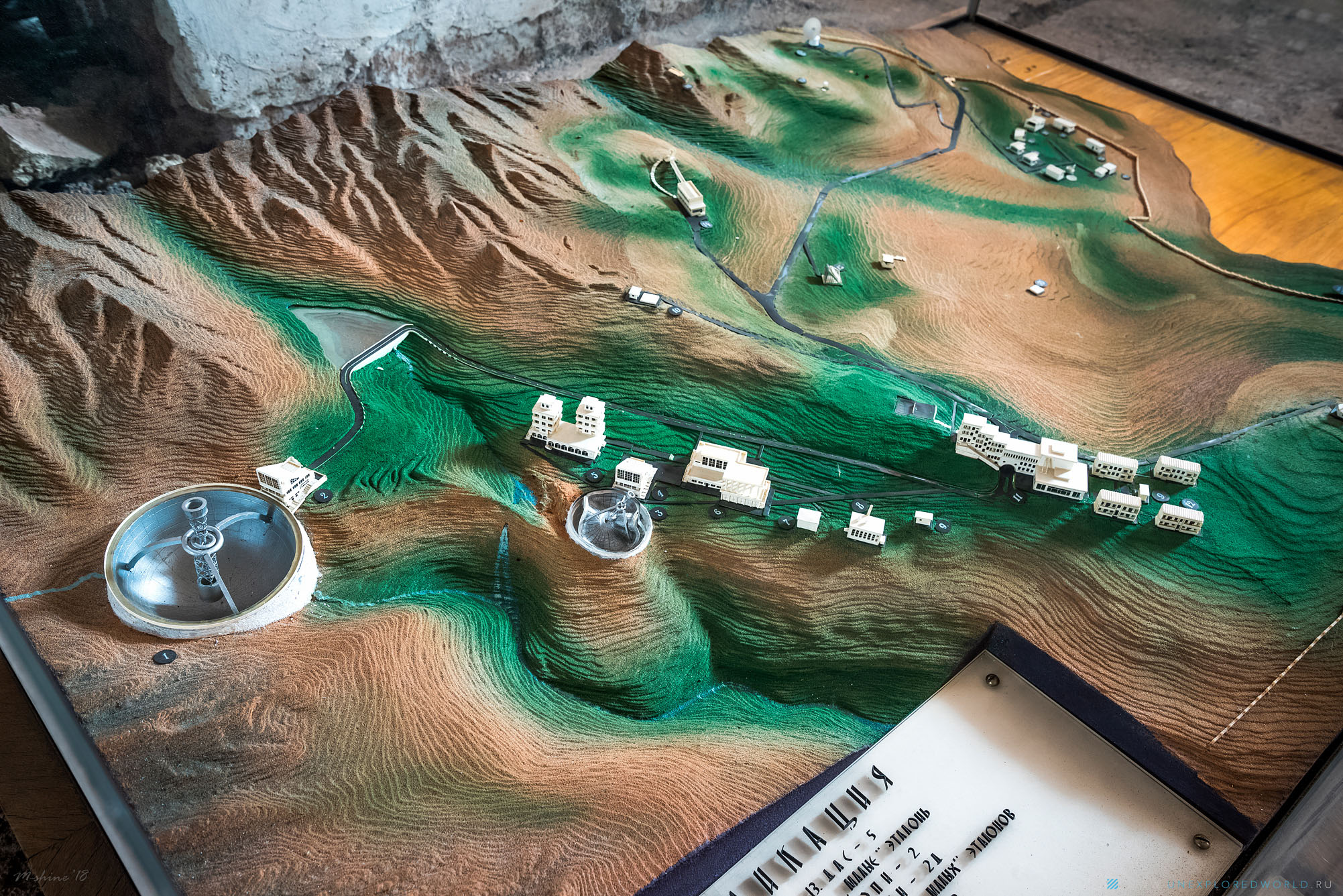 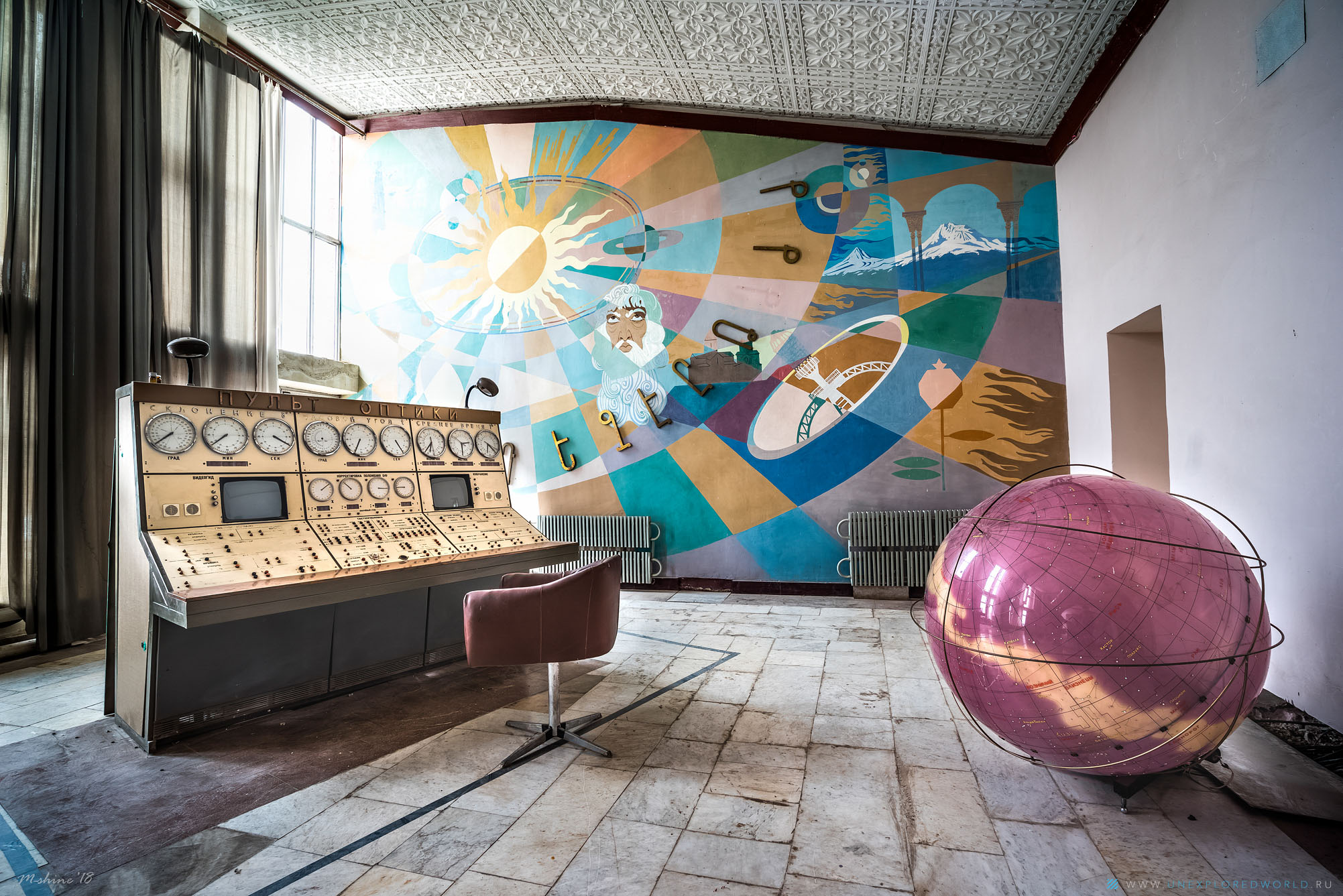 Miniature of the terirtory and remains of the interior

When the construction was completed, and its operation started, the scientists were stunned by two of the world’s largest scientific discoveries at once! First of all, everyone has learned about the existence of elderly stars, which were called “red giants”. A little bit later, it was established that they also have explosions, which were strongly denied earlier. The Heruni’s antenna has rejected the existence of a residual background, using its hypersensitivity. Genius scientist died only 11 years ago, leaving behind a legacy that cannot be overestimated. 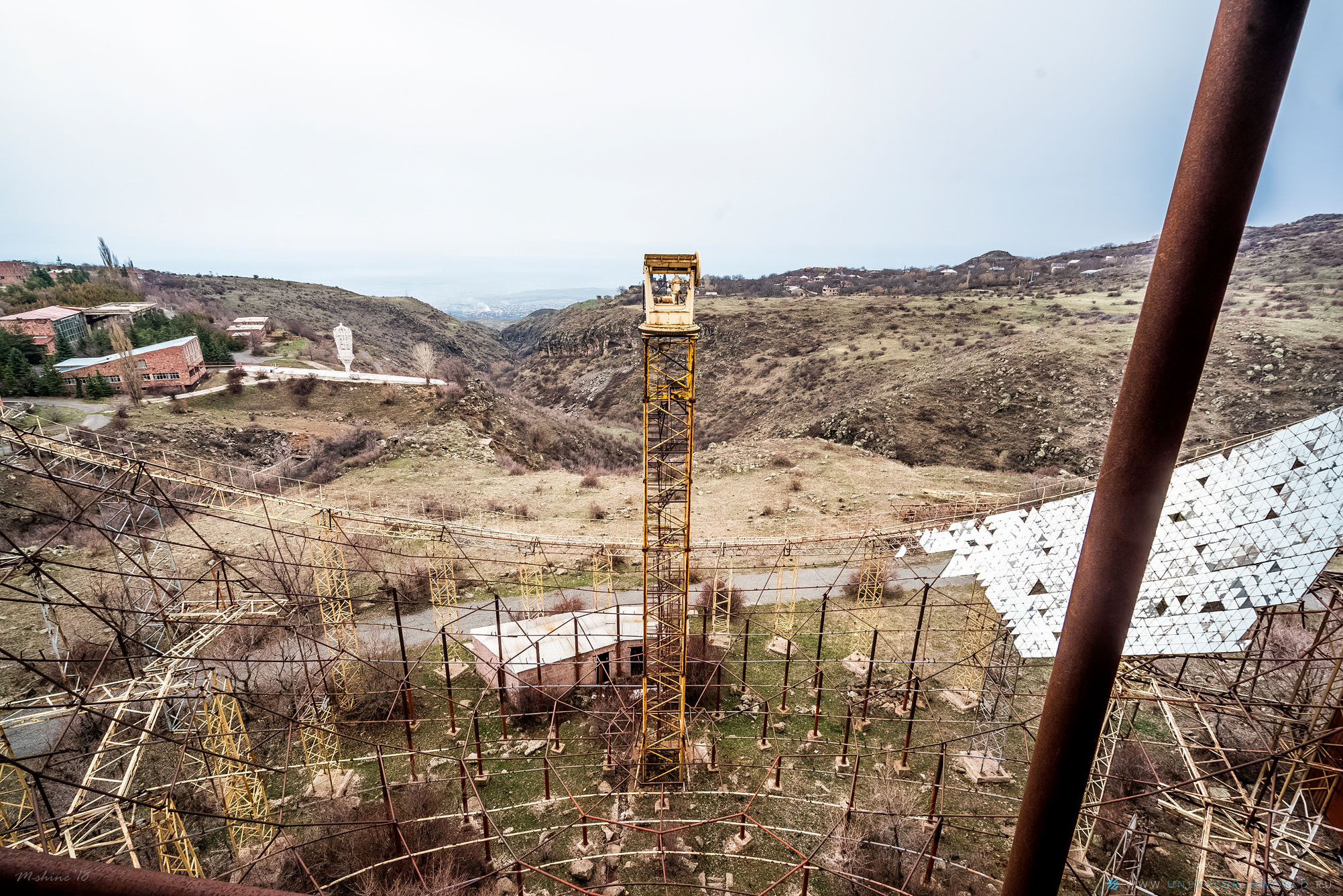 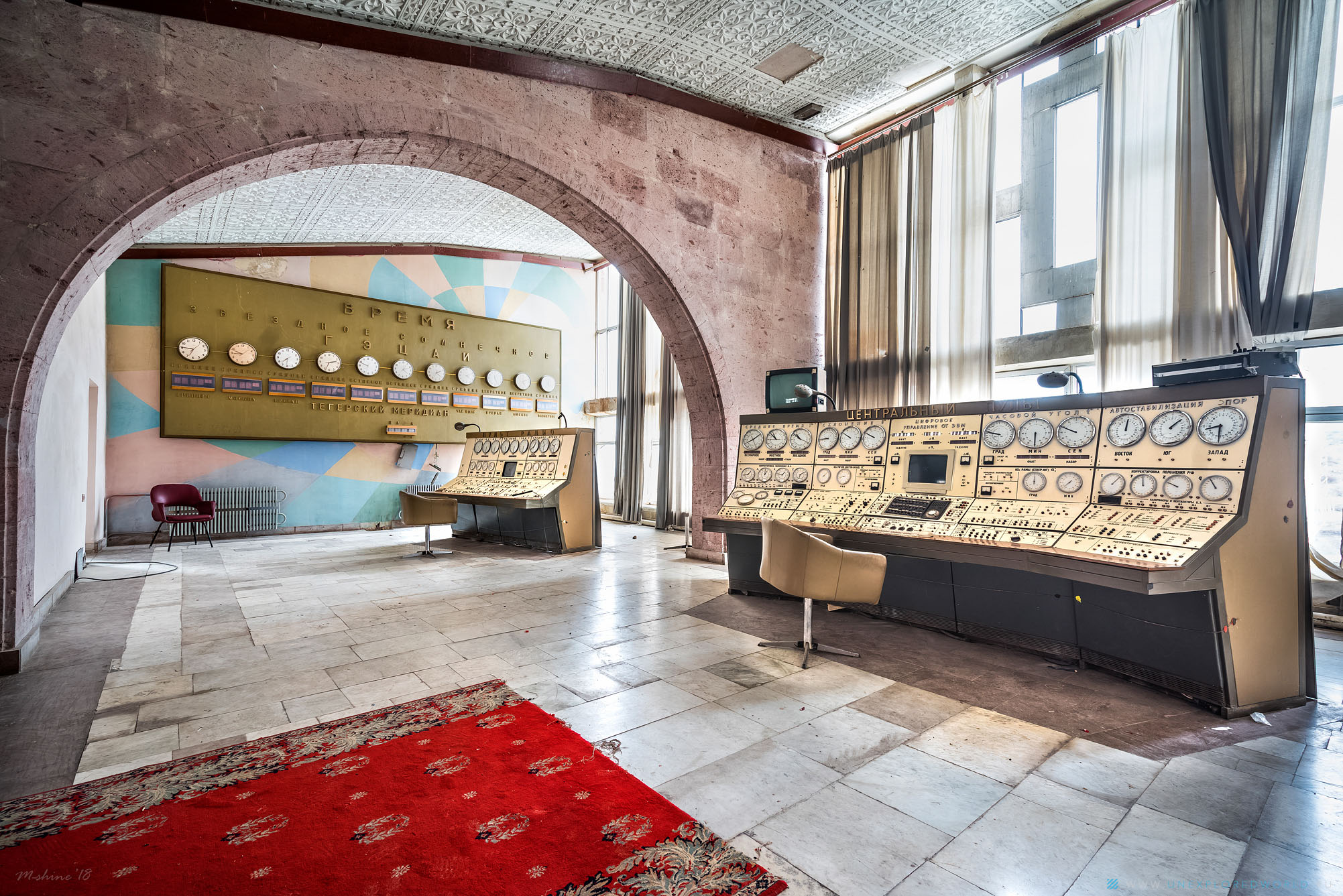 Under cosmic dust in Armenia

The dimensions of the mirror radio-optical telescope is 54 / 2.6 and its younger and more modern brother, the GAPI has such parameters as 32/54;  really impressive sizes. The diameters of its working mirrors are 54 and 2.6 meters; this monster was built in 1981-1985, another two years a vital infrastructure around the telescope was created. 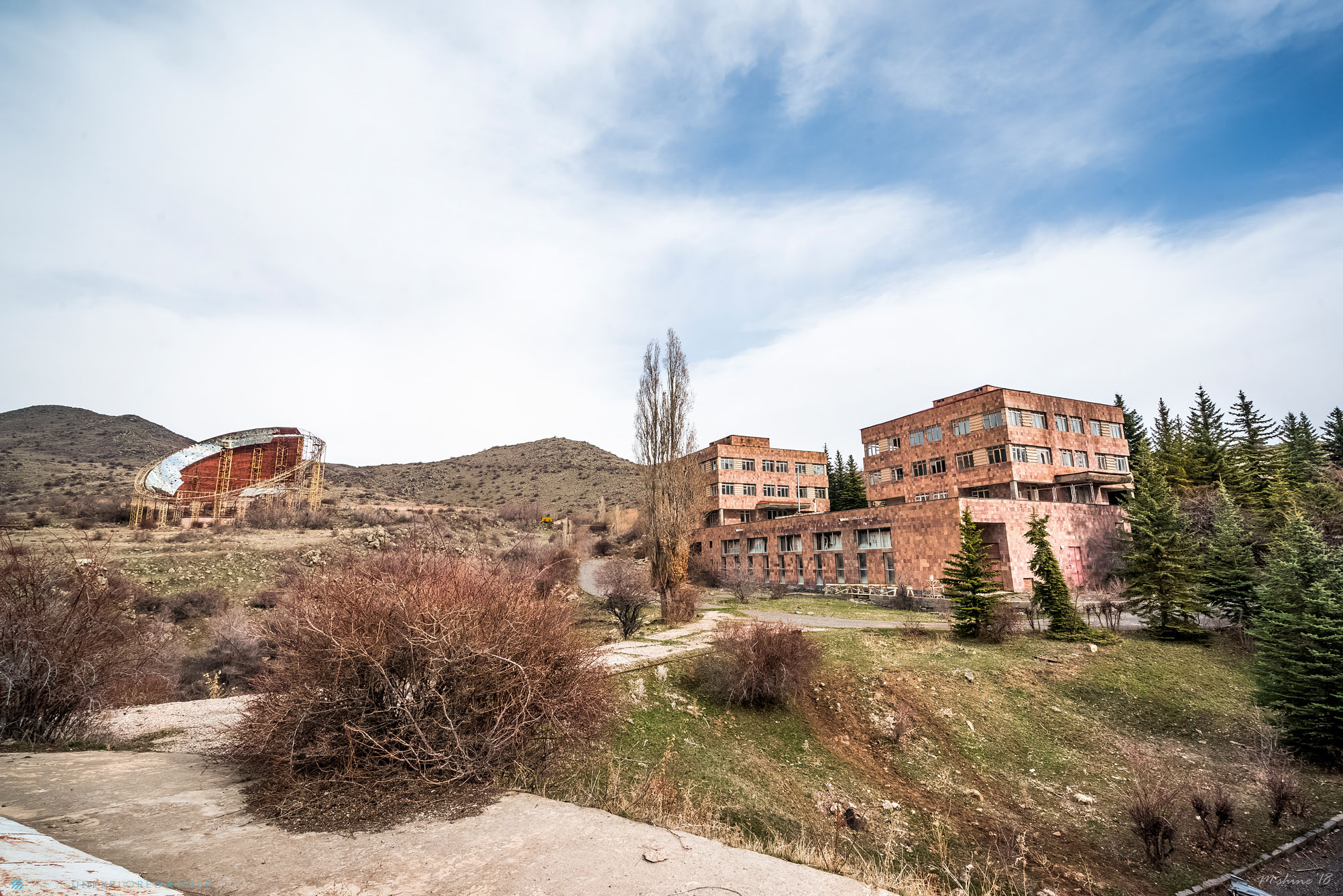 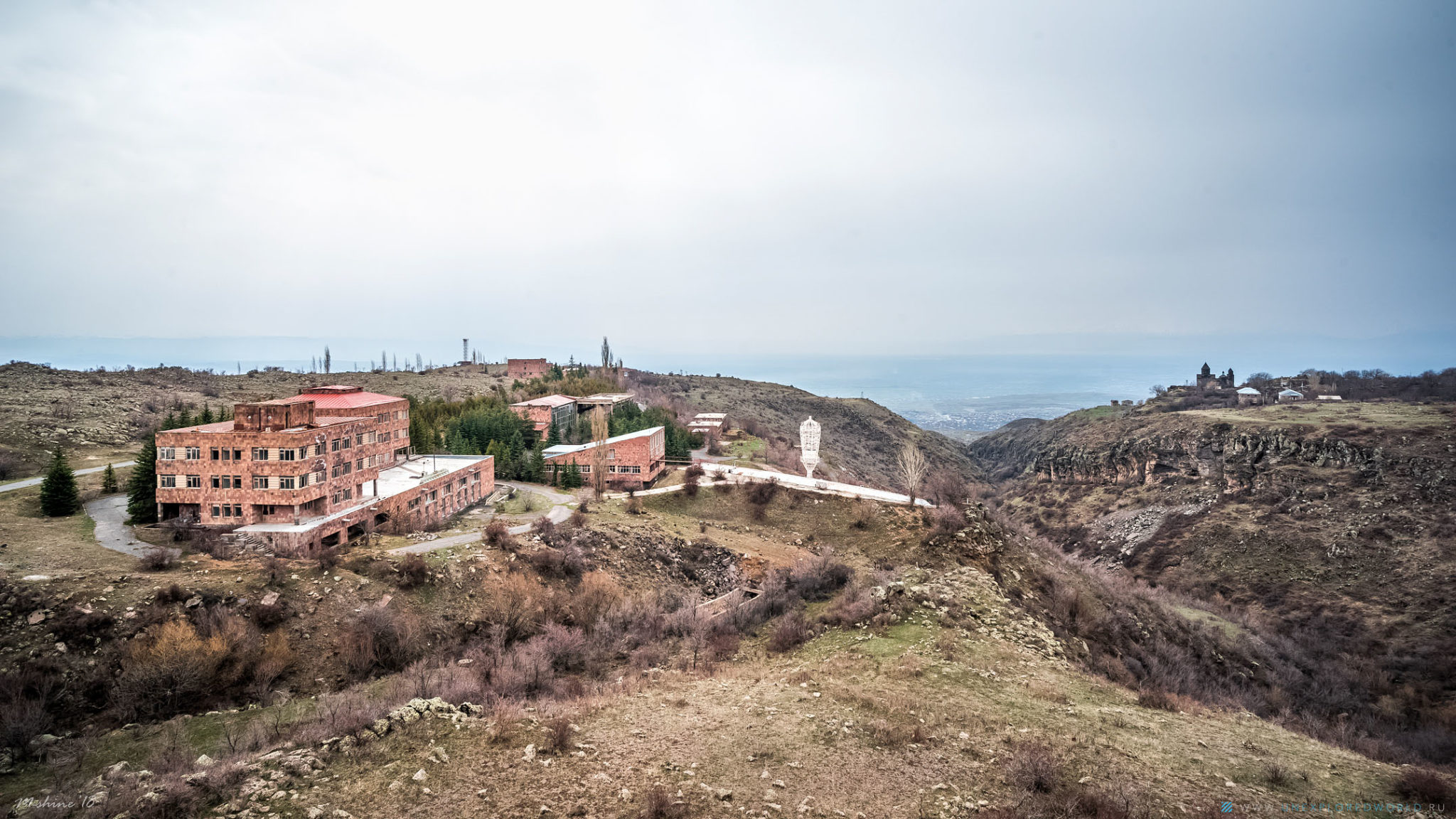 The telescope’s mirror was paved with 3.6 thousand duralumin shields, which were placed on iron pipes immured in a huge trench. Shield polishing was a complex technical process. In addition, they decided to rebuild the solar concentrator AREV near the famous telescope, but it has stopped at the construction stage. It was an attempt to revive building in 1992-1994, but the disputes of sponsors and contractors reduced everything to zero. Today, only the metal frame with 1/10 panels can be called complete and rebuilt, and everything else is safely buried in the bushes. The remains of the panels lie at random inside the building. 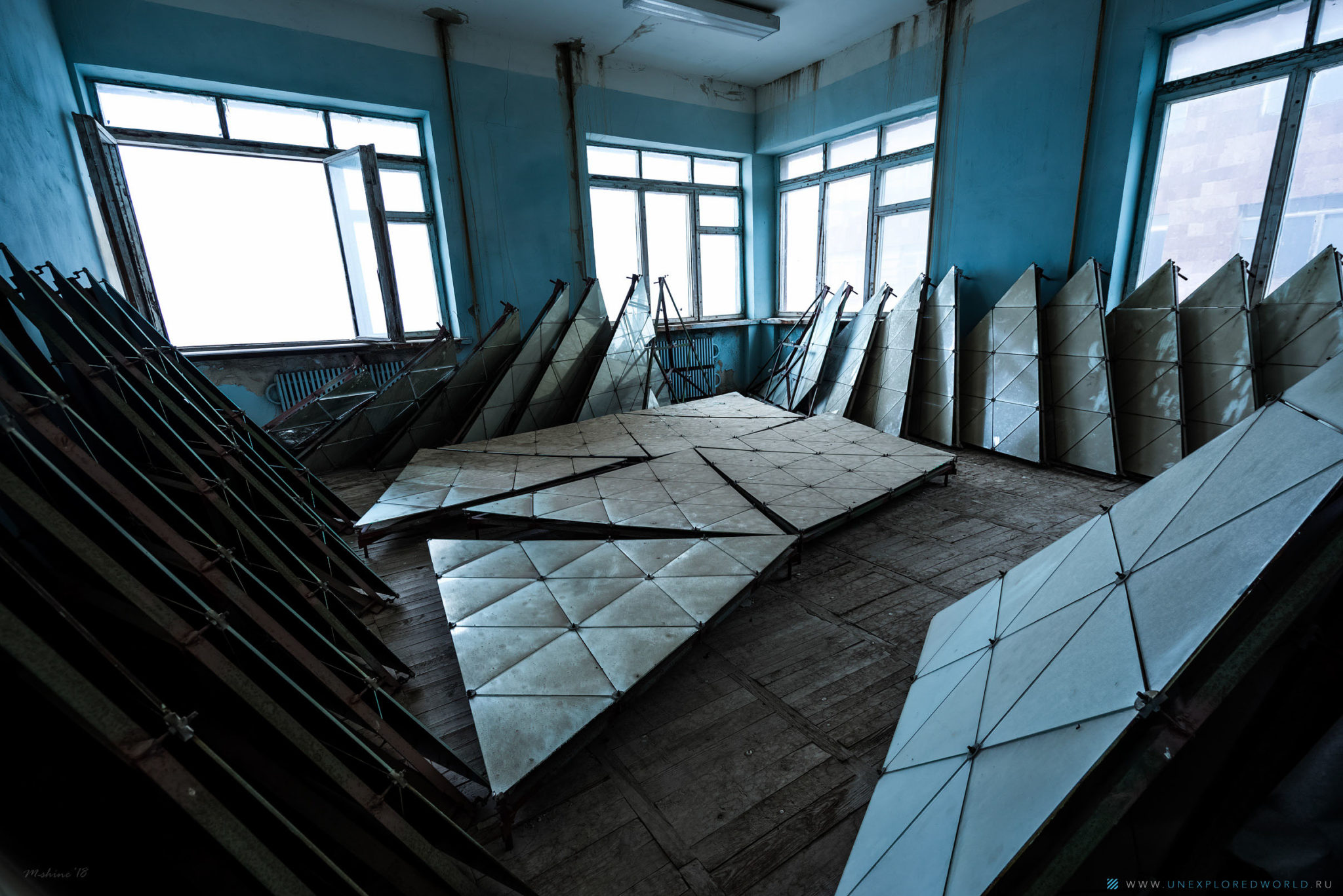 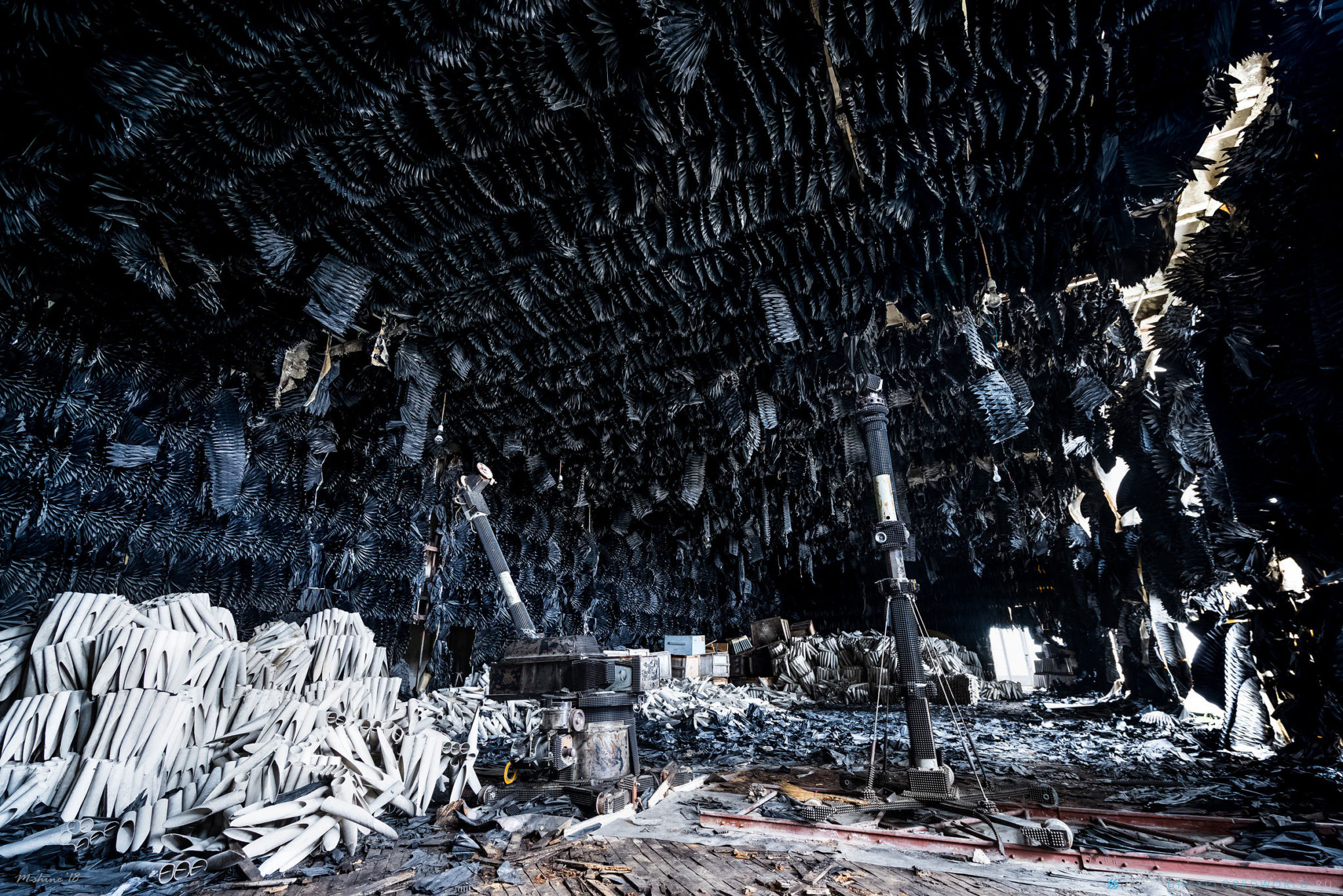 Laboratory buildings are located between the telescope and failed concertor. In some rooms even parts of the staff’s life and some documentation were preserved. In the basement premises you can find installations that resemble climate. Unfortunately, condition of the cameras is terrible, and everything was aggravated after the fire, traces of which are visible in patterns on the walls. 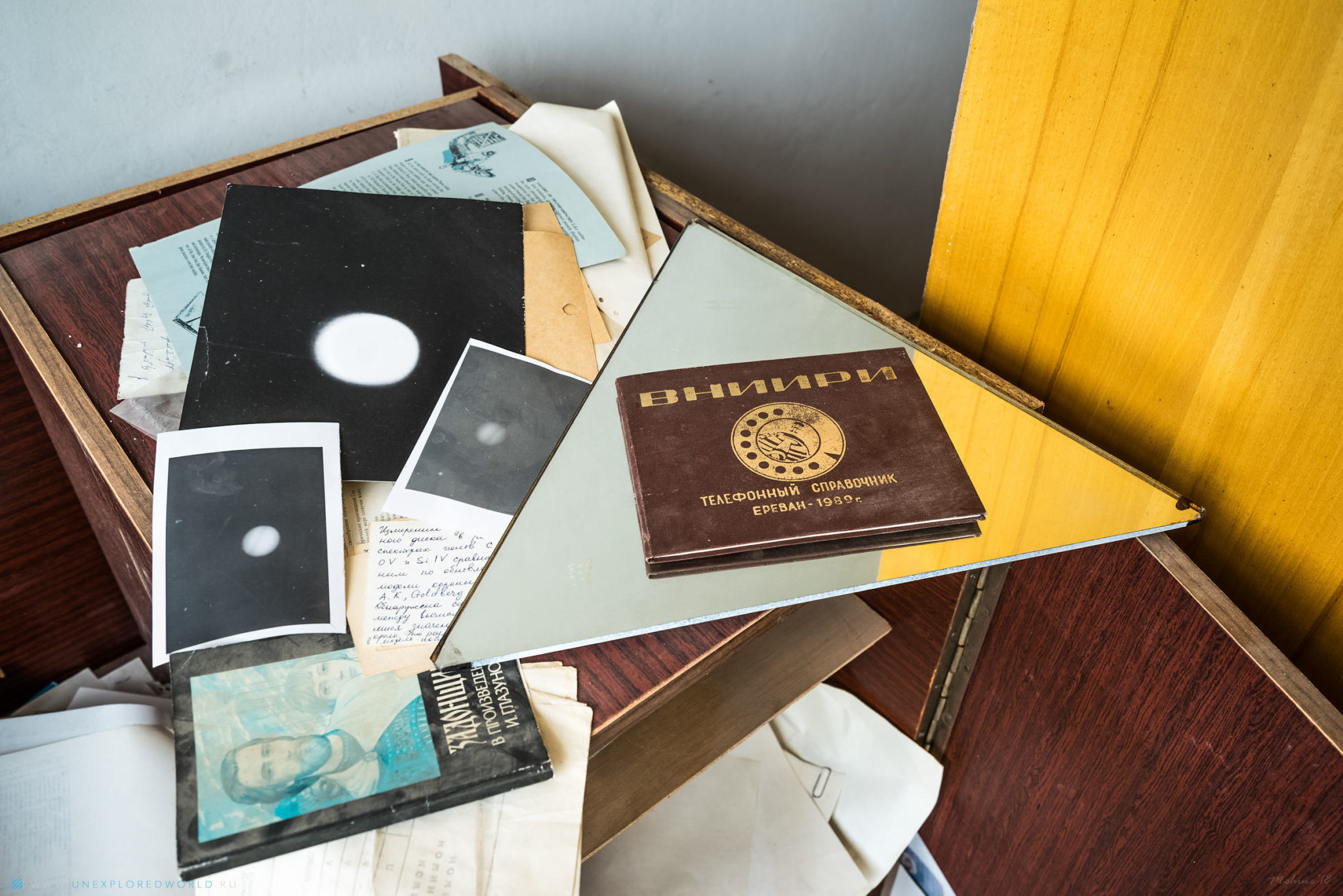 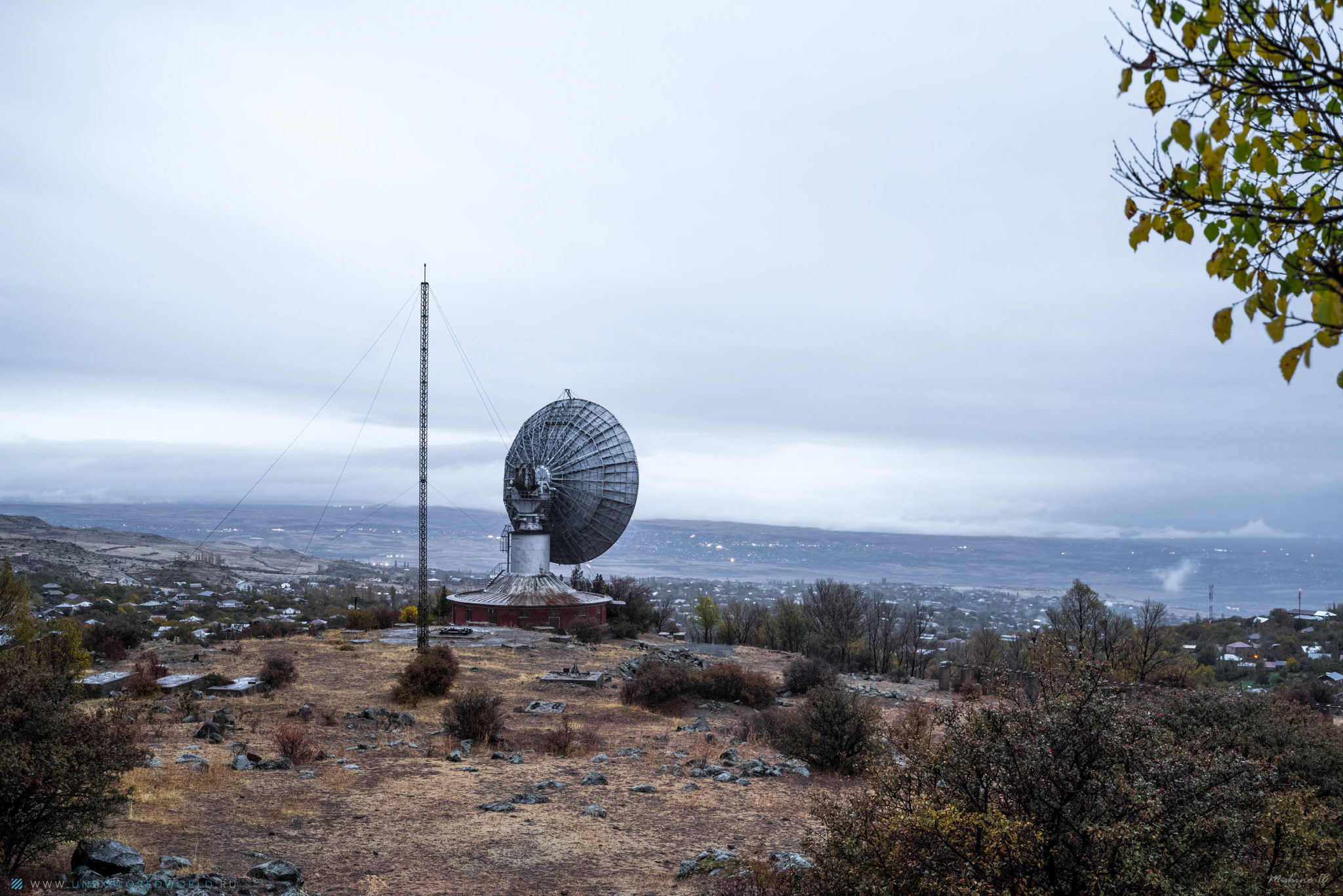 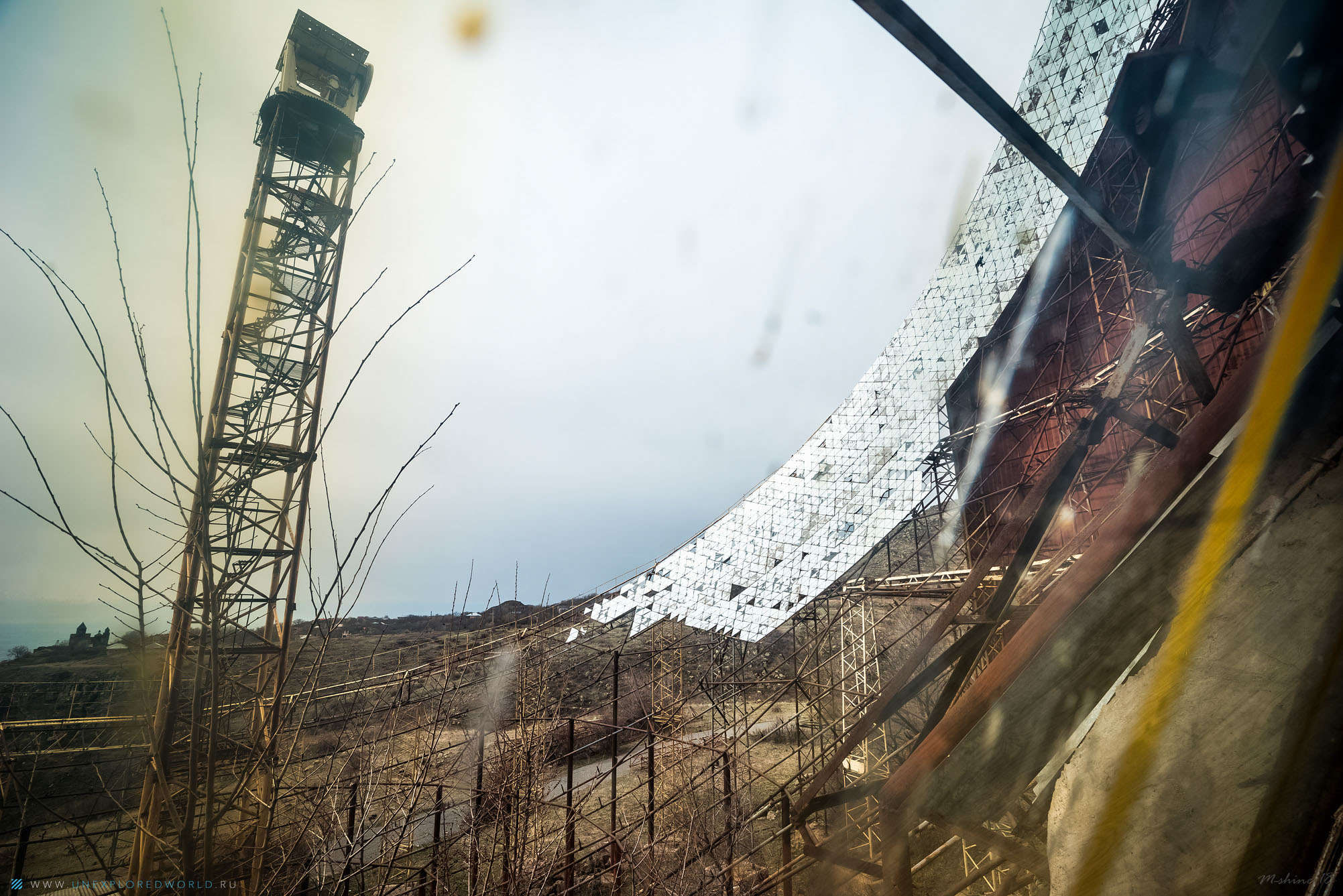 Under the ground was provided a funicular for the staff, working on the cable draft, and delivering employees to the very heart of the kingdom of mirrors. In fact, one had to climb up independently on the telescope’s support. 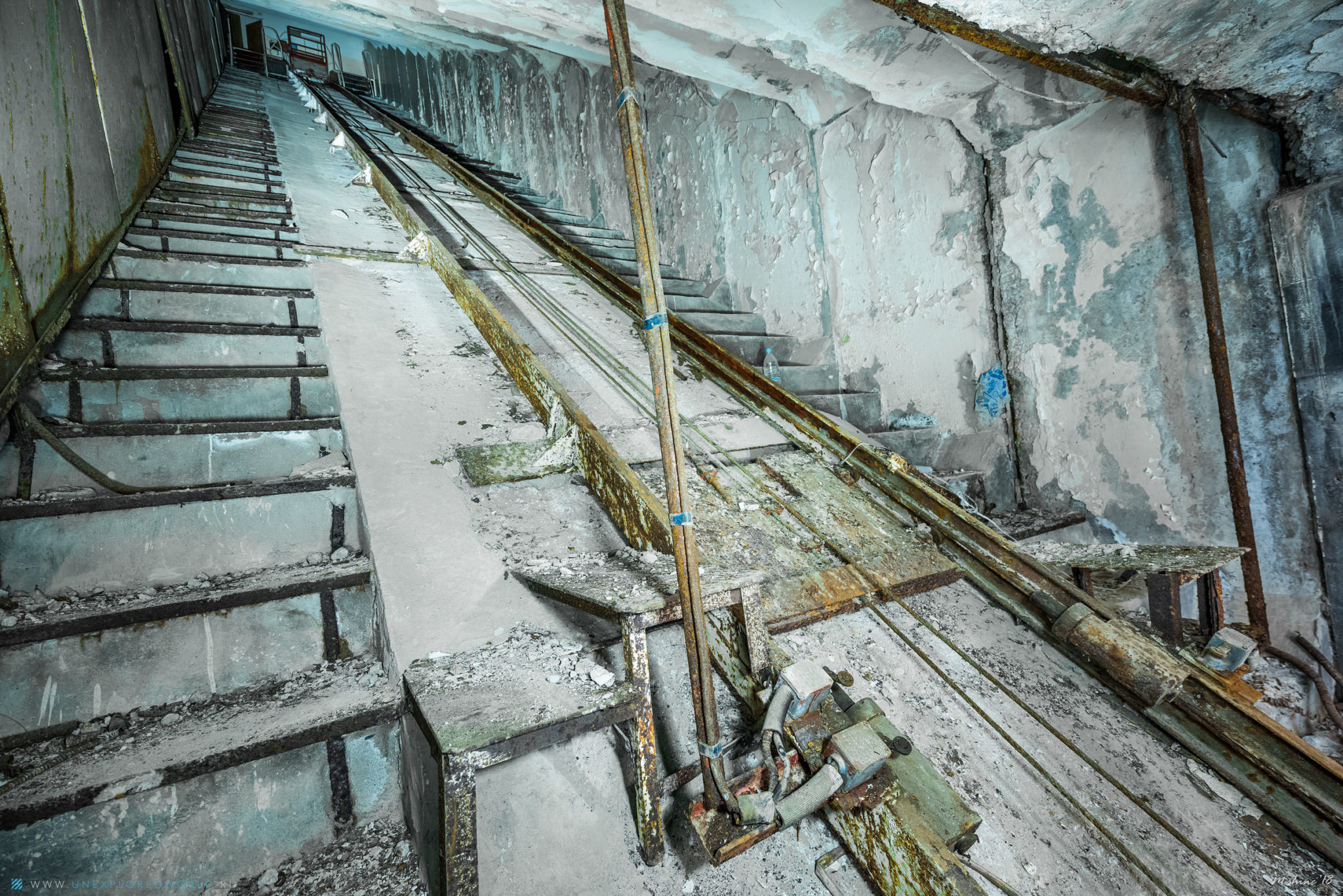 It used to be a funicular

This territory intrigues with features that have never been implemented and used to surprise with any other discoveries. For example, the model stand Wasp-18, with a dangerous sting looking into the sky. Here once were the standards of antennas with gilding, which fate remains a mystery. 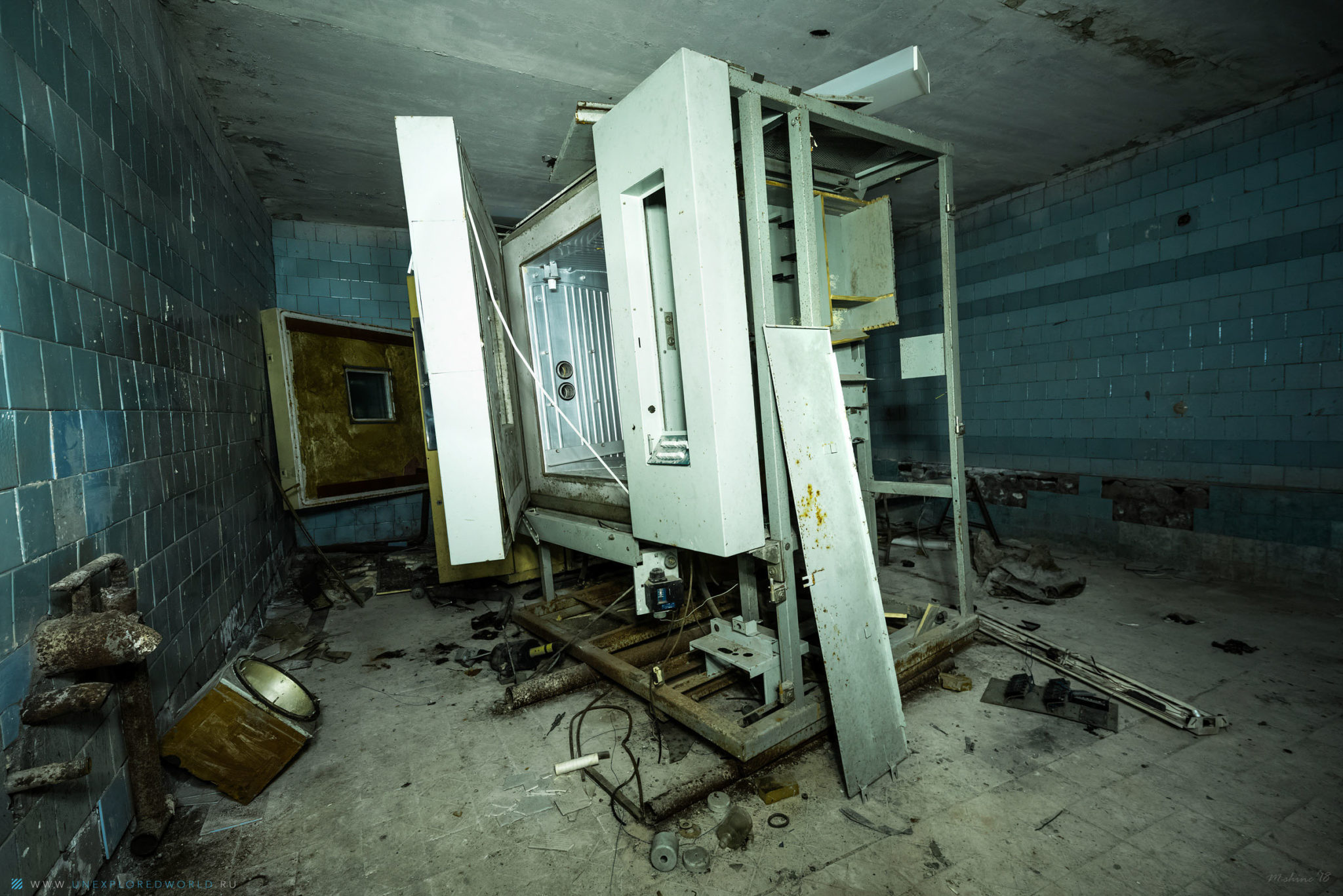 Another interesting object in the area is the solar calendar, which was created from igneous rock, red tuff. In addition to its undeniable scientific value, it has cultural significance. The famous gerani countryman, the sculptor Panosyan, was engaged in decorating the calendar. A similar construction is installed opposite the National Institute of Standards in Yerevan. You can understand the calendar by reading the tablet installed near, the instructions for the unusual structure are presented in Armenian, Russian and English. 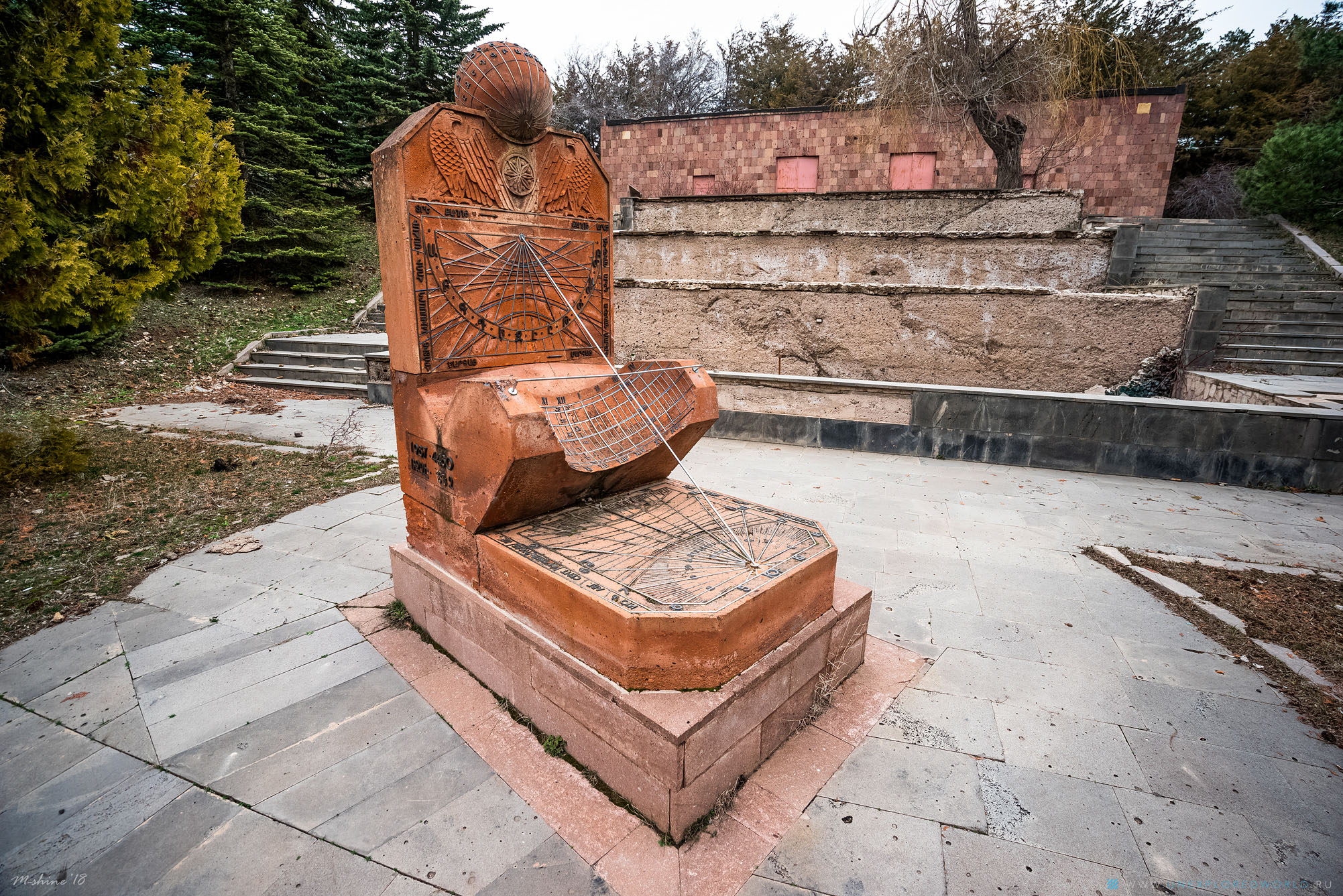 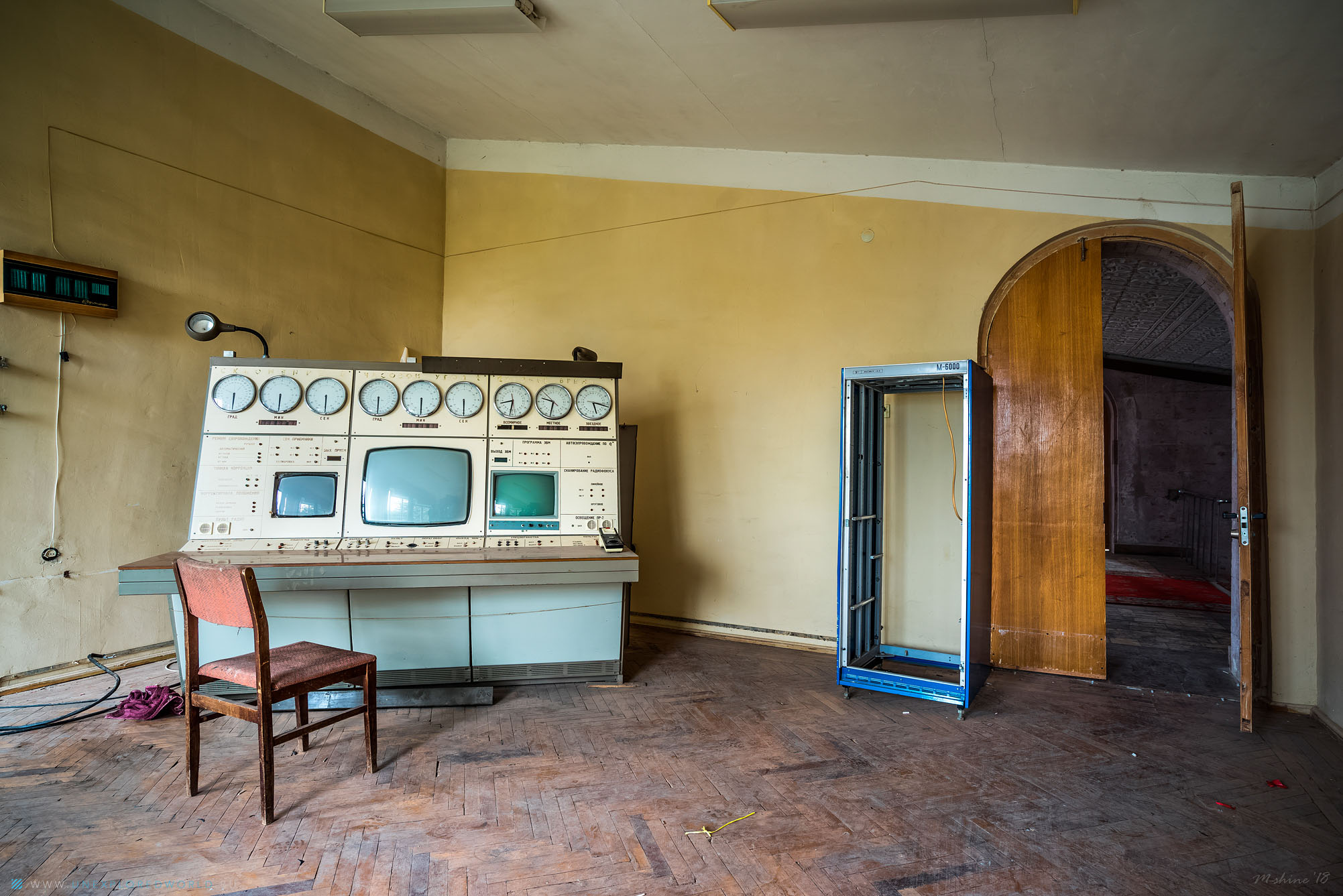 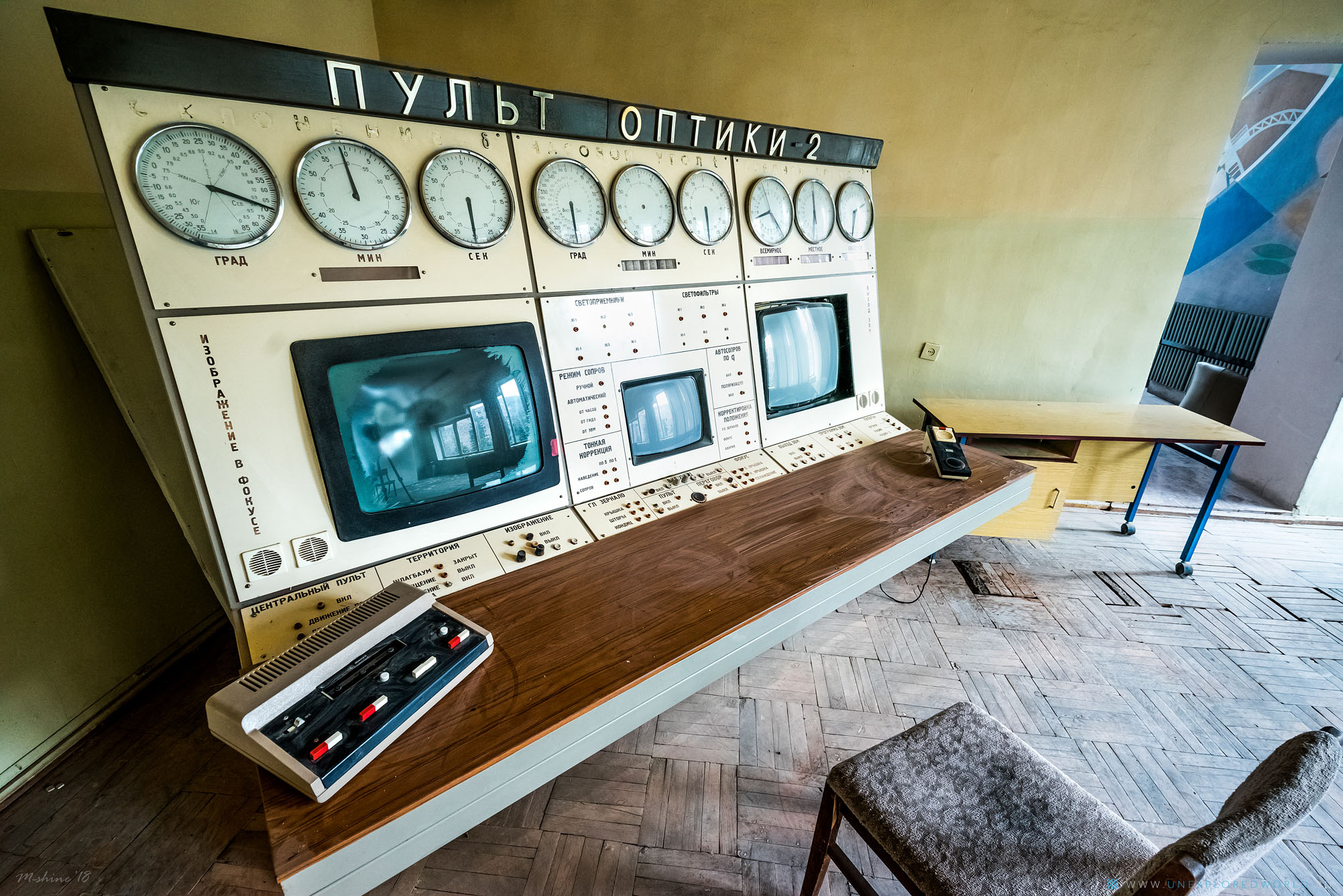 The performance of ROT 54 / 2.6 was officially announced, but it looks like a bad joke. The territory and objects on it does not look suitable for operation, and the last launch of the legendary telescope was carried out in 2011. According to some reports, the resurrection of ROT 54 / 2.6 systems will cost approximately $ 25 million, but it is  not more than a guess. 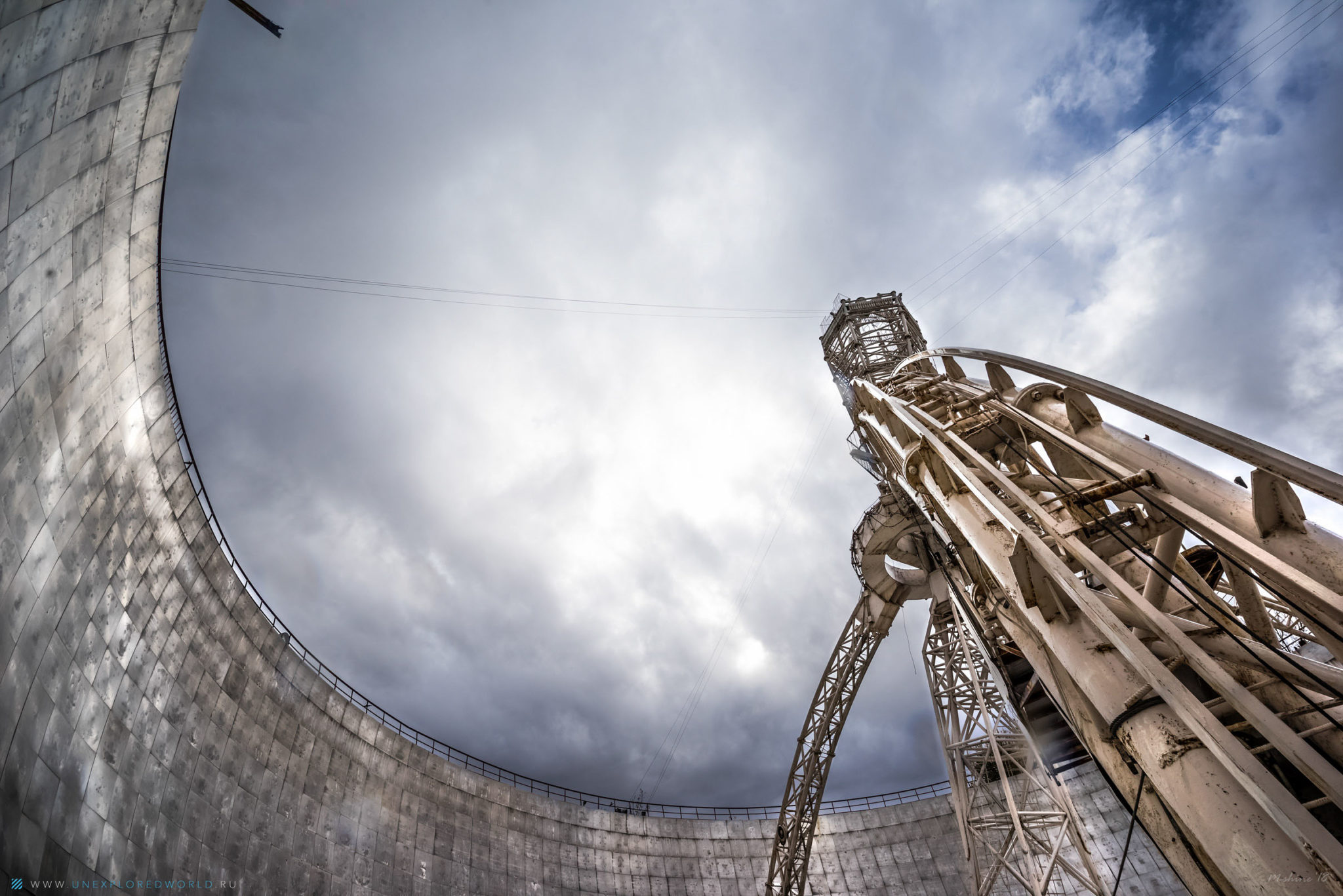