Previously we have already published a story about exploring of abandoned stations of the Paris Metro. And now we continue our journey through the tunnels of one of the oldest subways in the world. This time we were heading towards a unique place – a huge chamber, where three metro lines intersect, built in 1903. Right under the square in front of the Paris Opera.

Ventilation shafts of the metro of Paris are often right under your feet, directly on the sidewalk. We went down one of these vents and set off exploring the extensive tunnels. 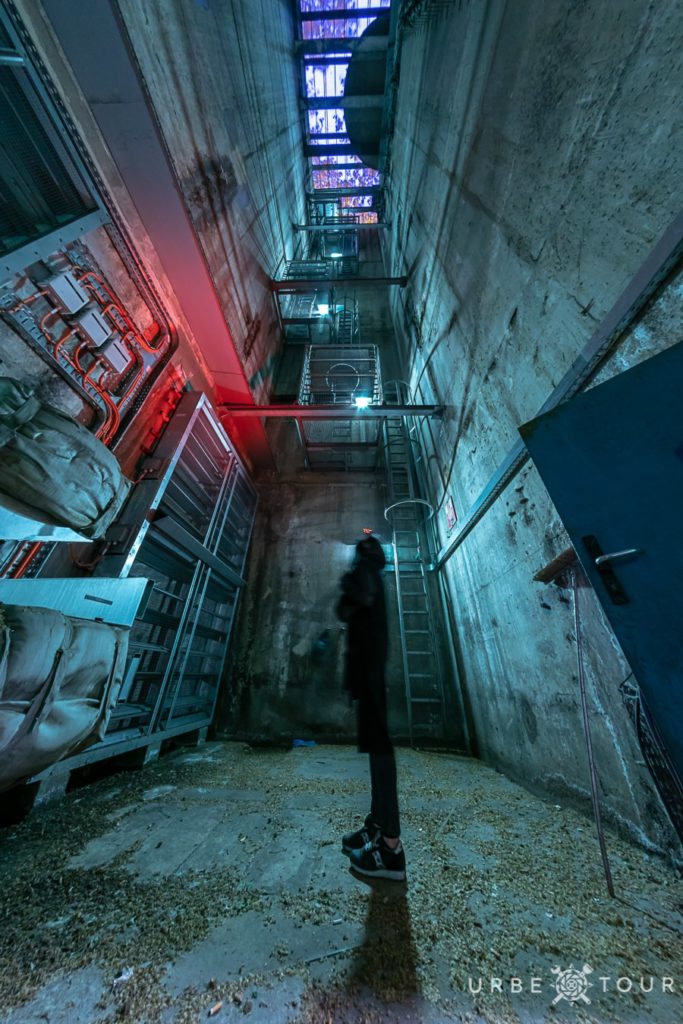 The exit to this train tunnel is closed. We’ll have to look for another way! A small cable tunnel was heading in the opposite direction at the other end of the shaft. 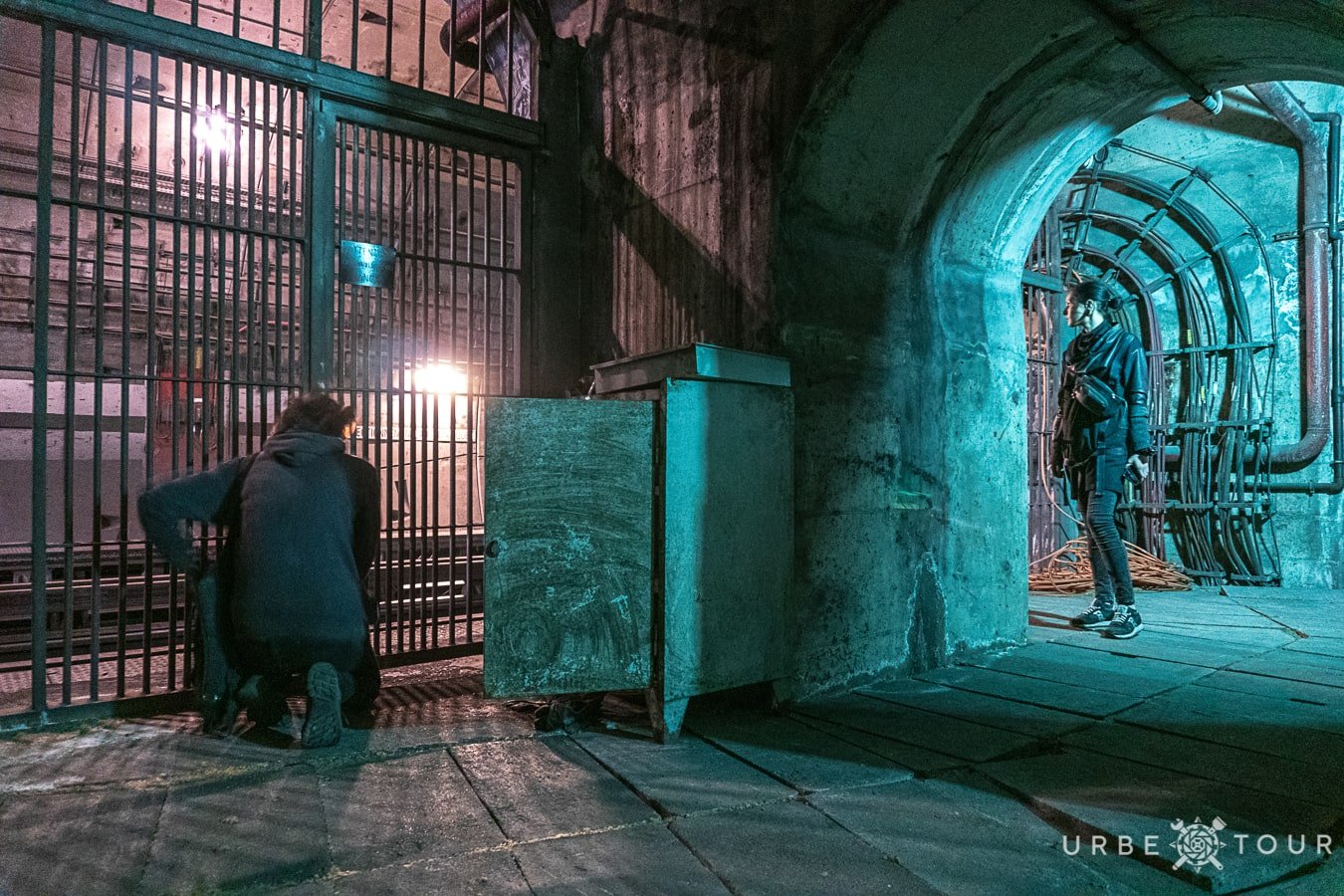 Cable tunnel systems spread for tens of kilometers, feeding and surrounding several metro lines and connecting them to substations. Something similar to what I’ve seen many years ago in Moscow. 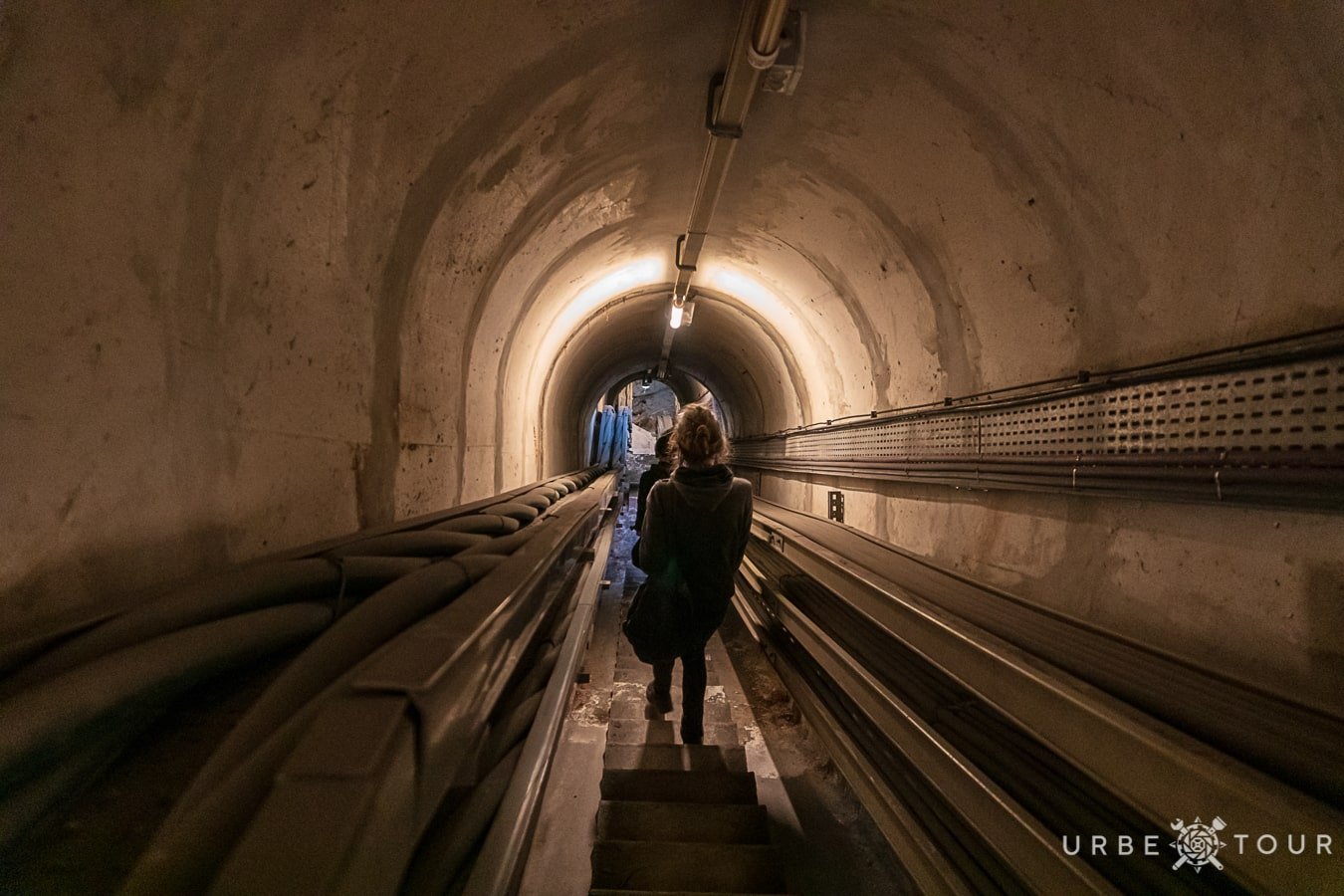 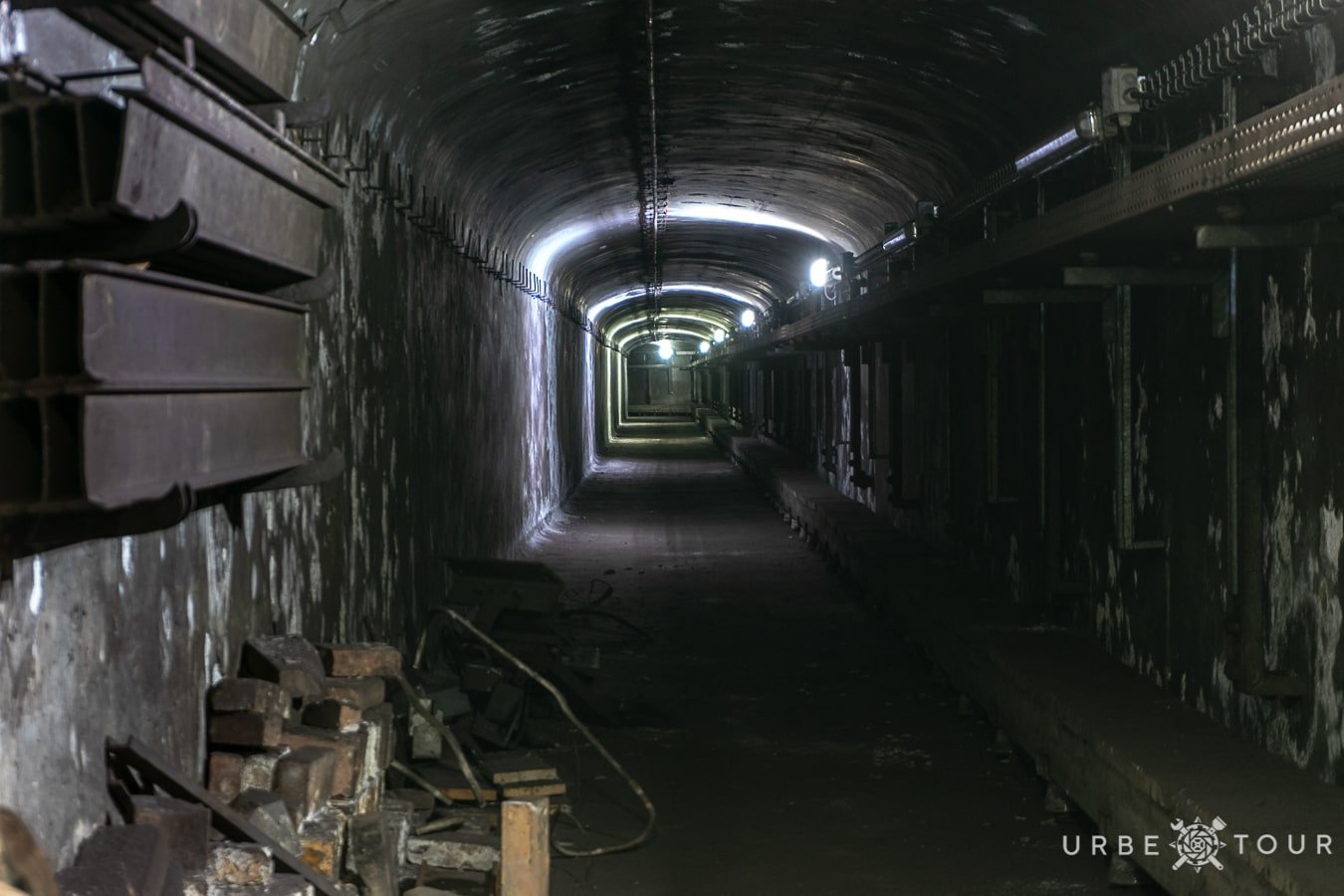 Through this cable tunnel we got to a substation powering the metro system. 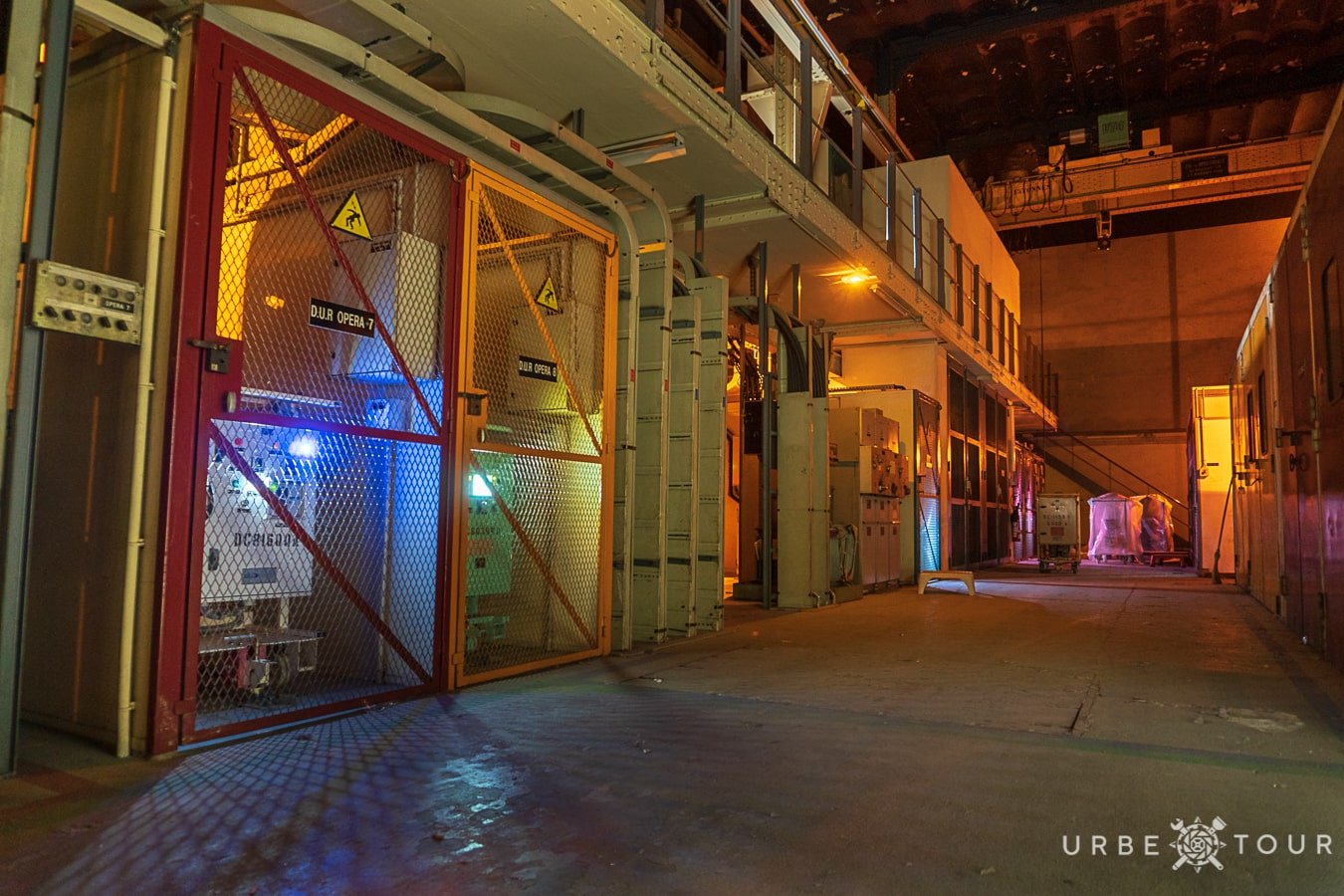 The street is just outside this gate, but we go back, continuing to explore the tunnels, looking for the big intersection chamber. 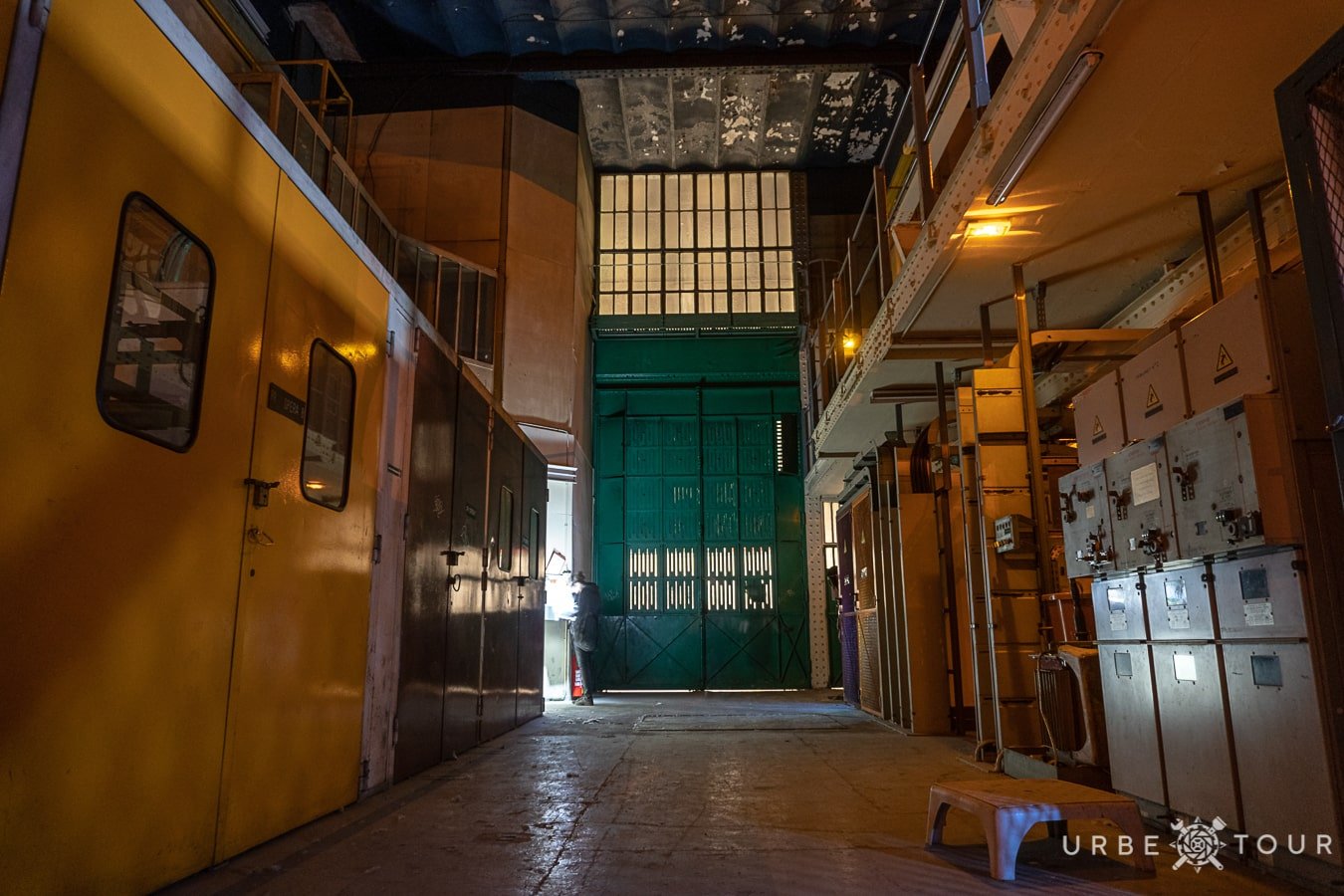 The cable tunnels go up and down, bending around the lines. 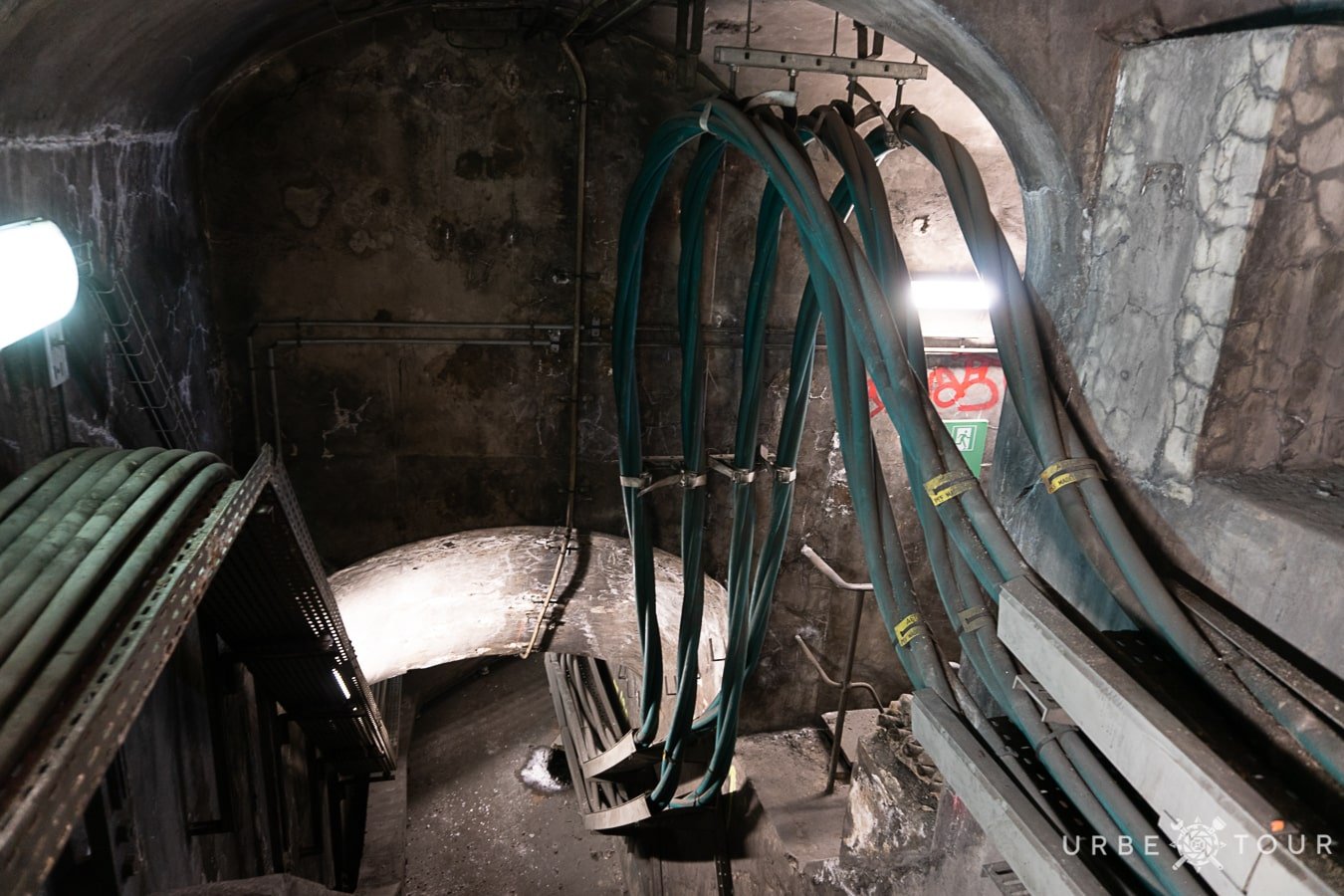 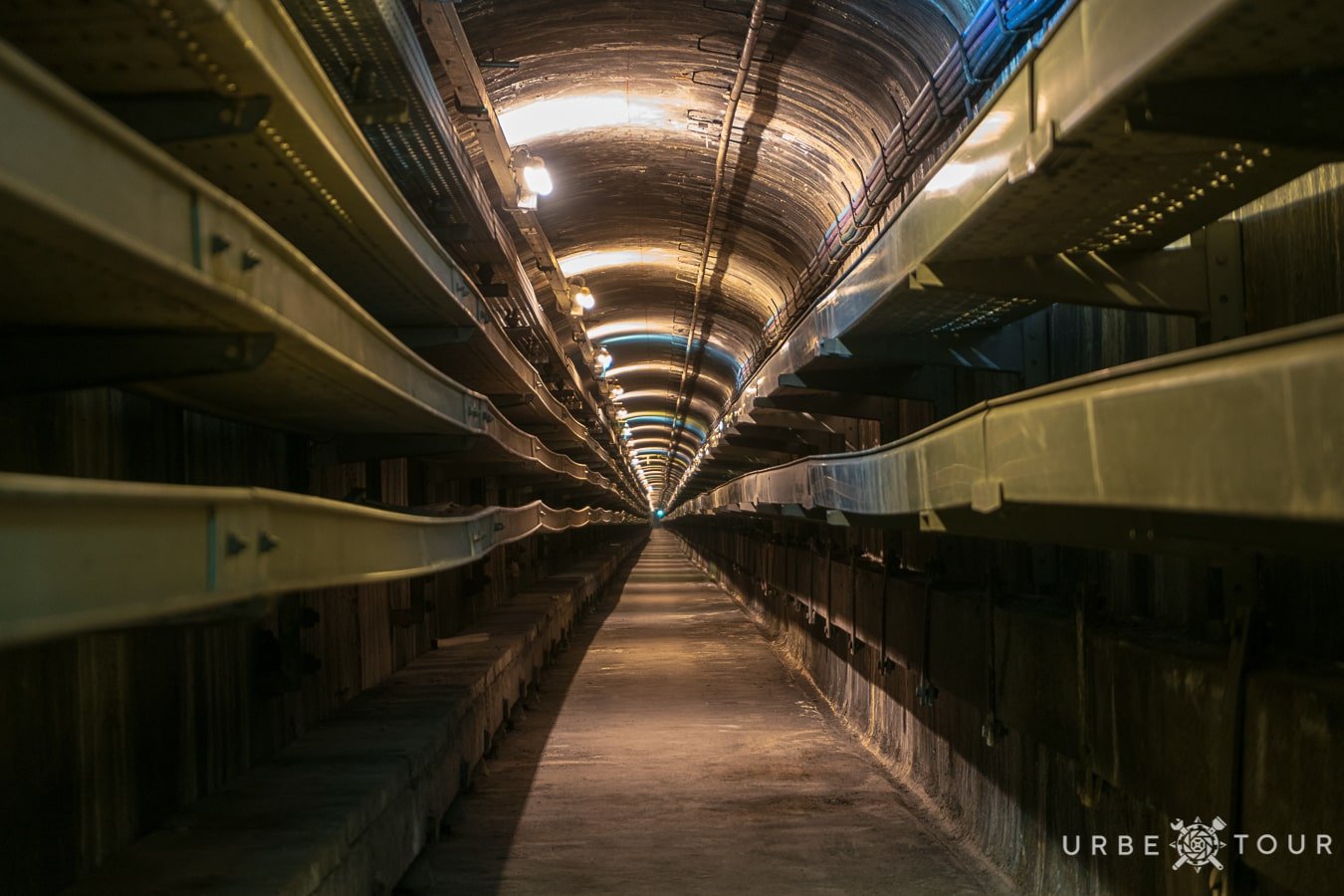 After a good long walk we find a way out of the cable tunnels. Today’s goal is so close! We found ourselves on one lines near the intersection. 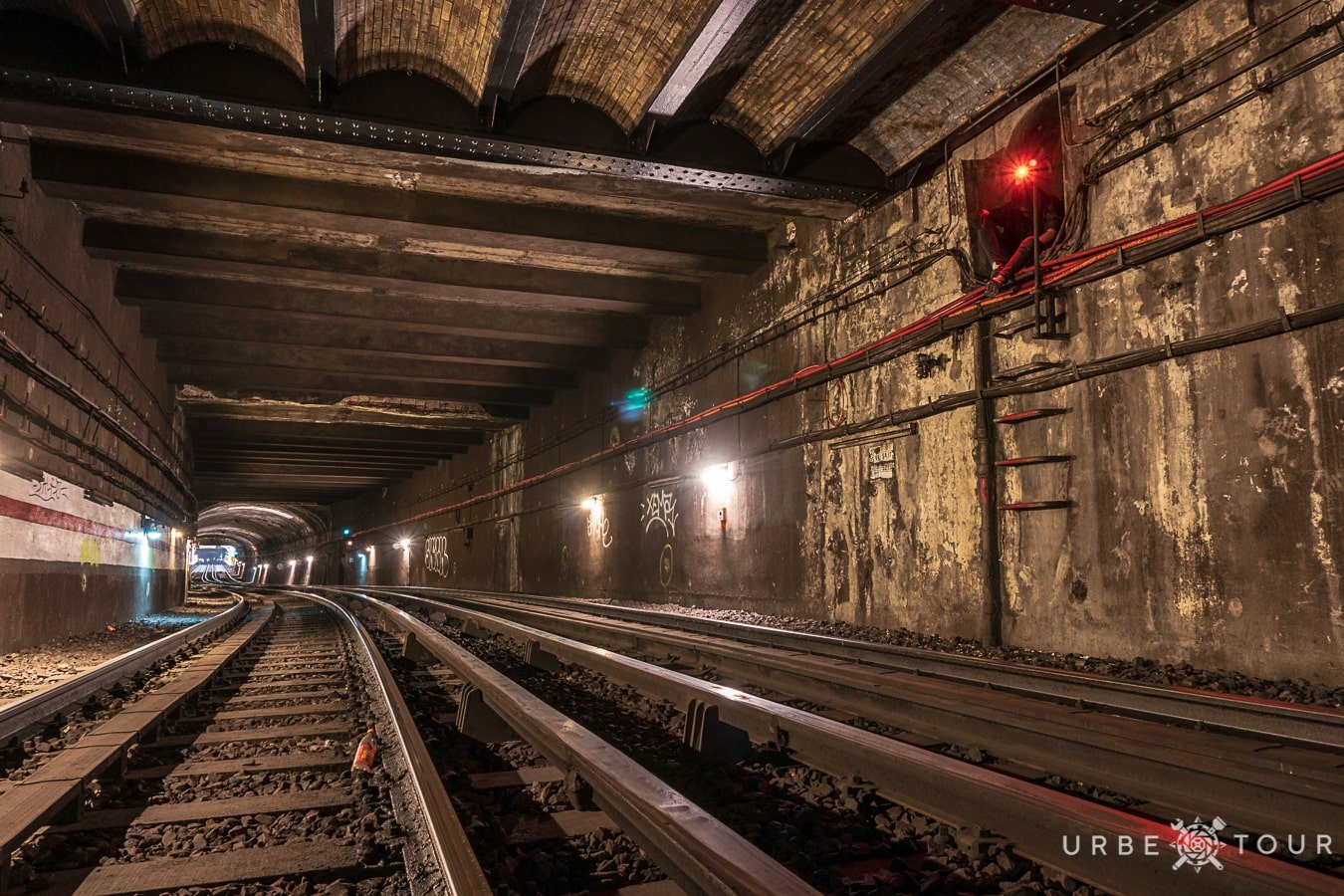 The stations and tunnels are well lit at night. 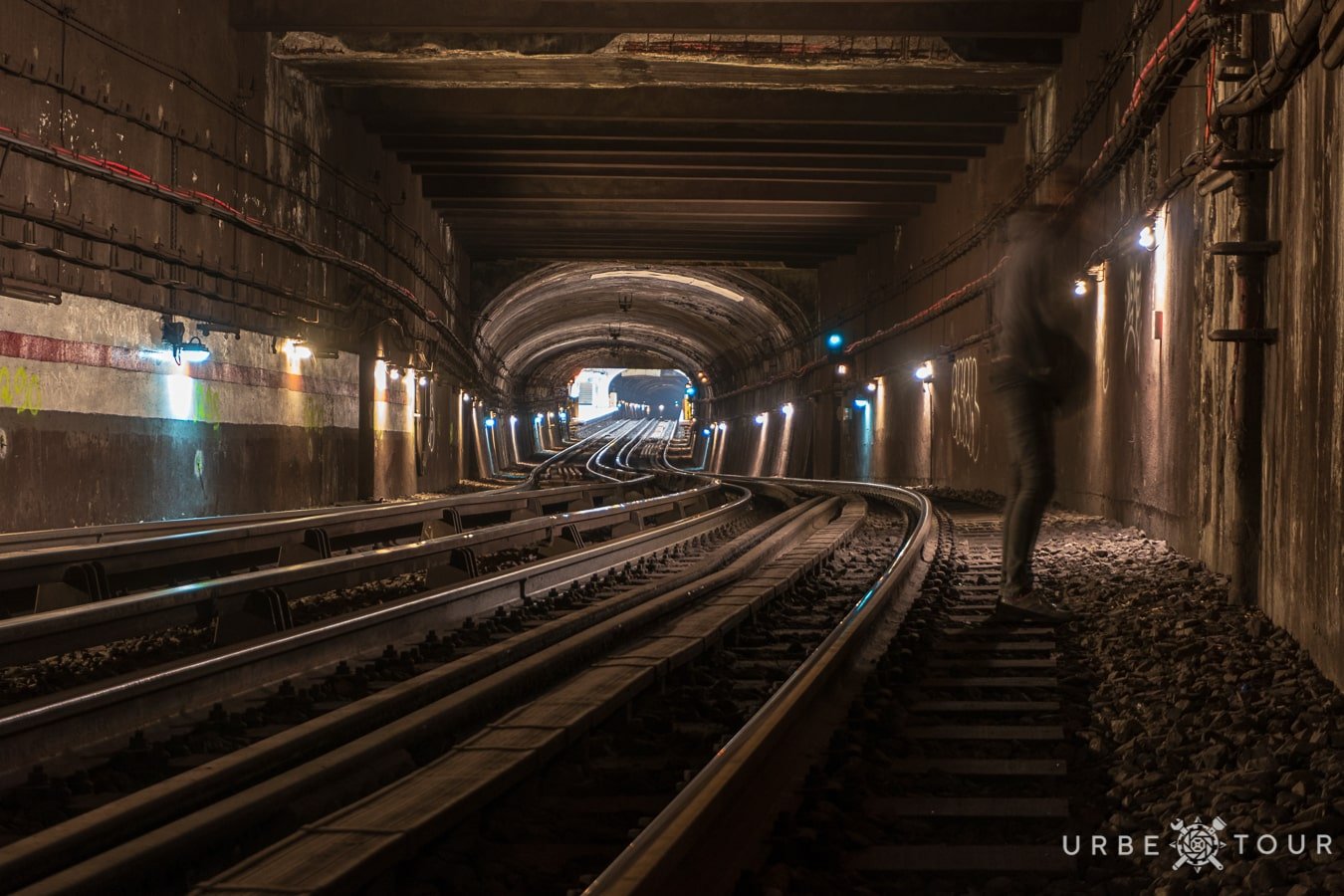 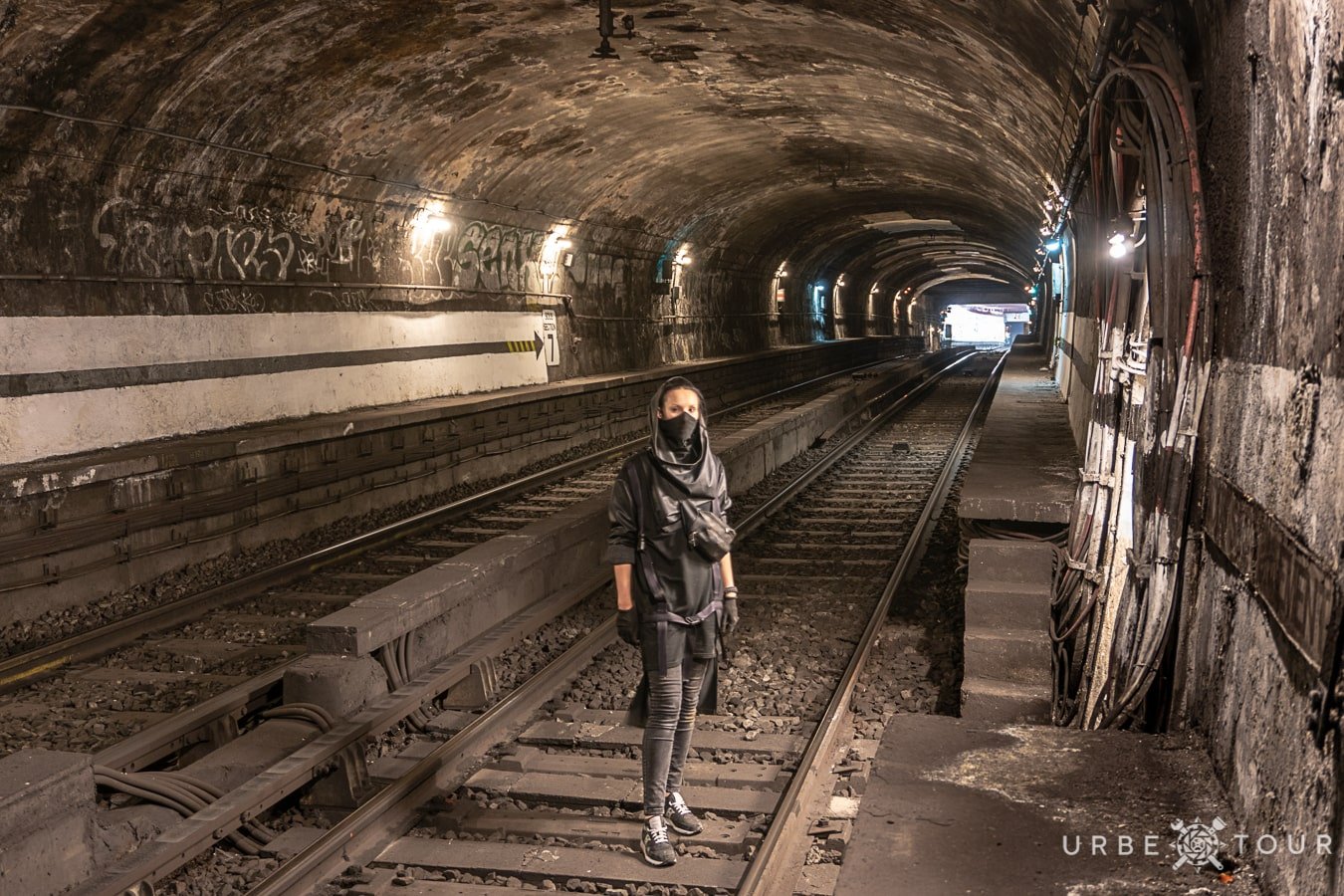 A few minutes later, we’ve reached the riveted bridges, that most remarkable place we had been been looking for. 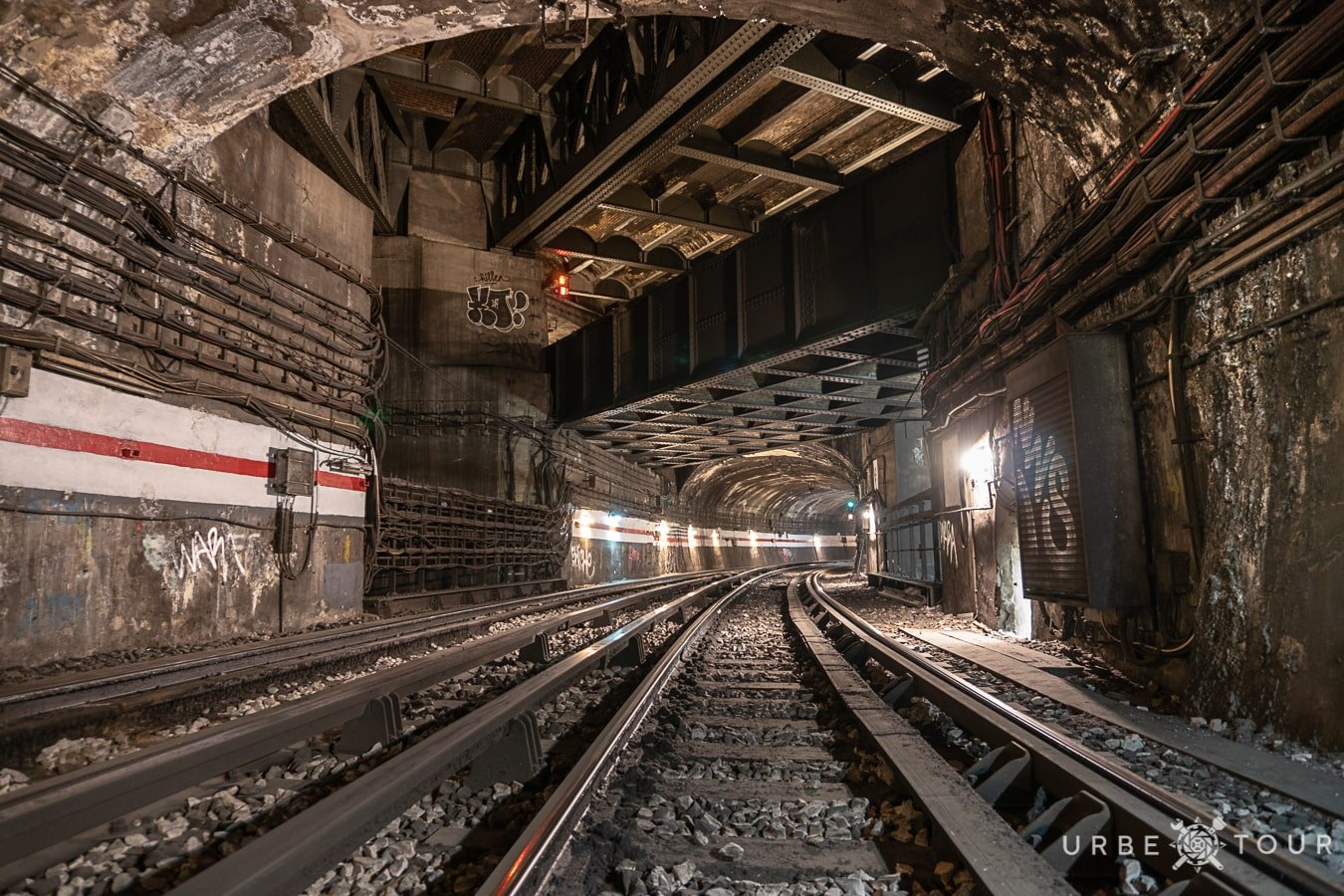 So why is this place so unique? During construction of metro in 1903, some works were supposed to take place on an existing metro line. It is a hard task, and though it was implemented in other cities as well, each solution is different, and this one was one of the first of the kind. The head of Public Works, Léon Chagnaud, offered a solution to avoid stopping traffic on the line – an underground multi-level intersection of lines in one shaft. According to the project, the shaft was planned right in the very center of the square. 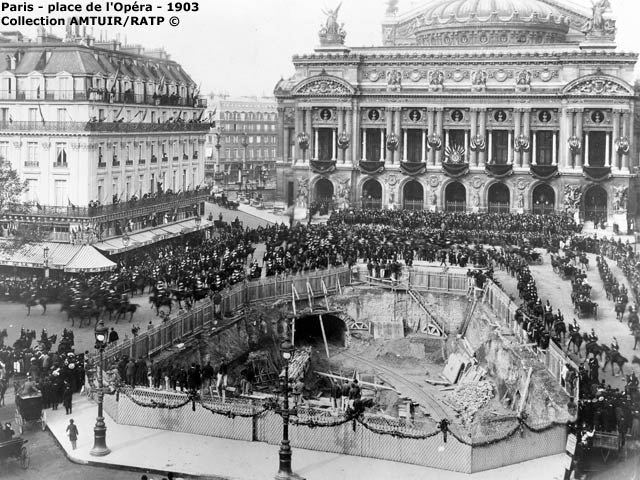 The depth of the chamber was to be 20 meters. The tracks of the 8th, deepest line were to be be at a level of 16 meters below ground. 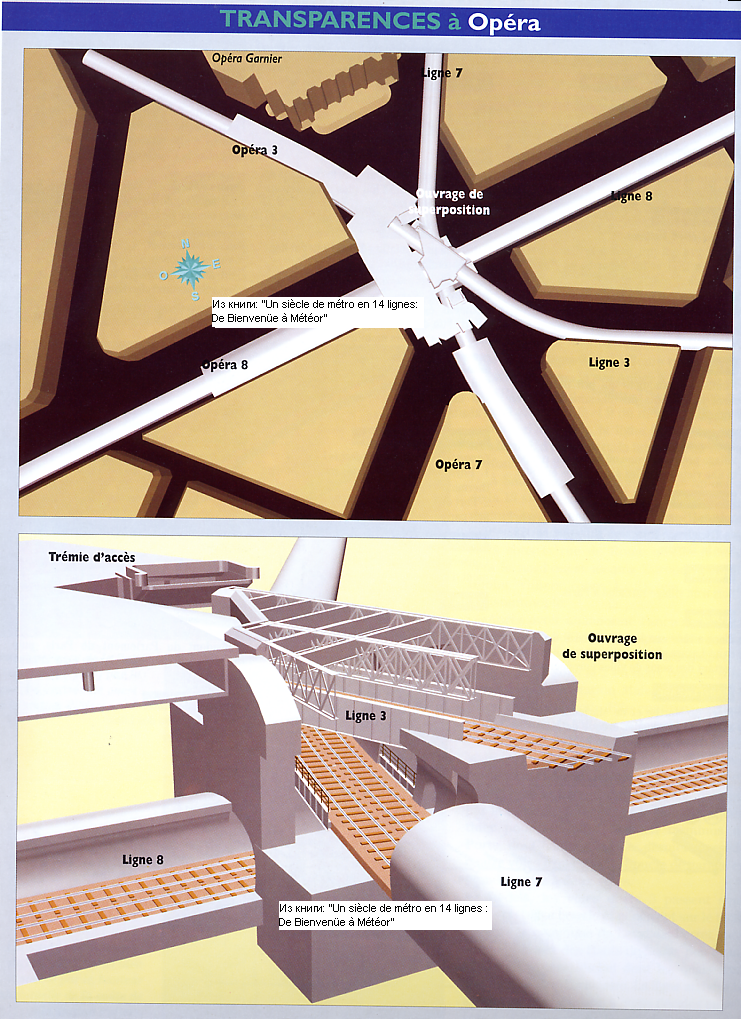 The shaft is shaped like a three-sided “box”. The top of the shaft is a metal truss consisting of 5 main beams. They are supported by small brick arches right under the road of the Opera Square. 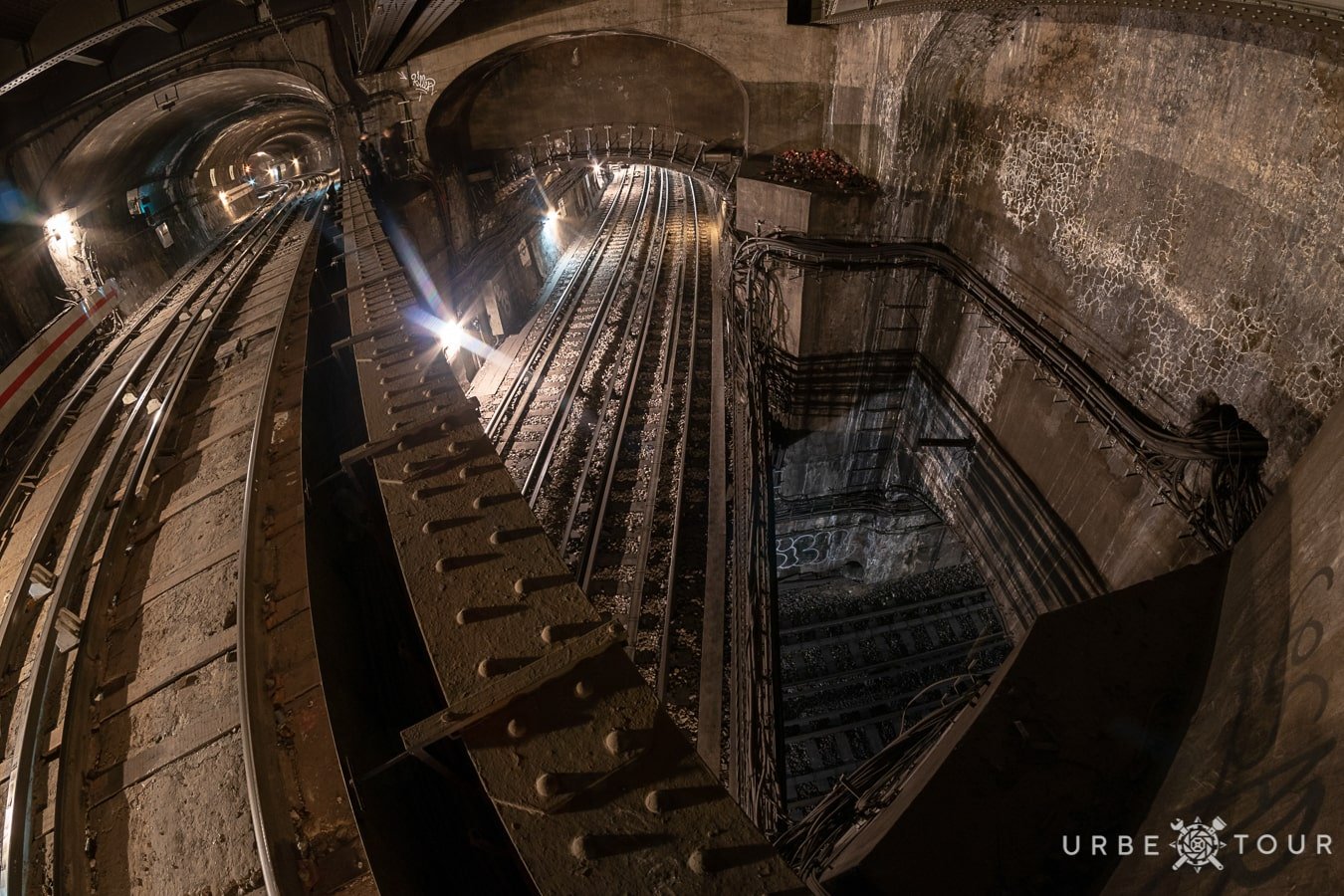 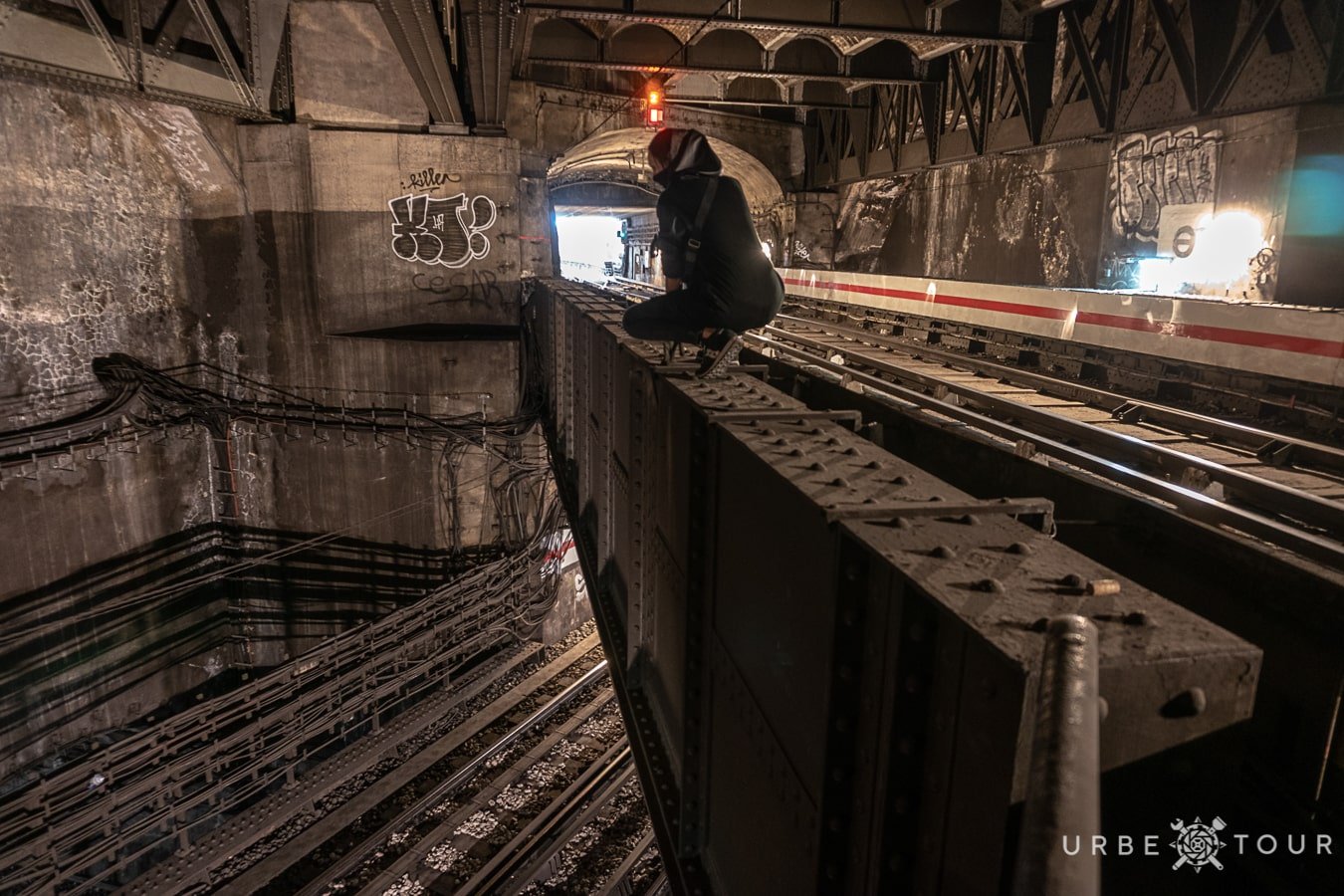 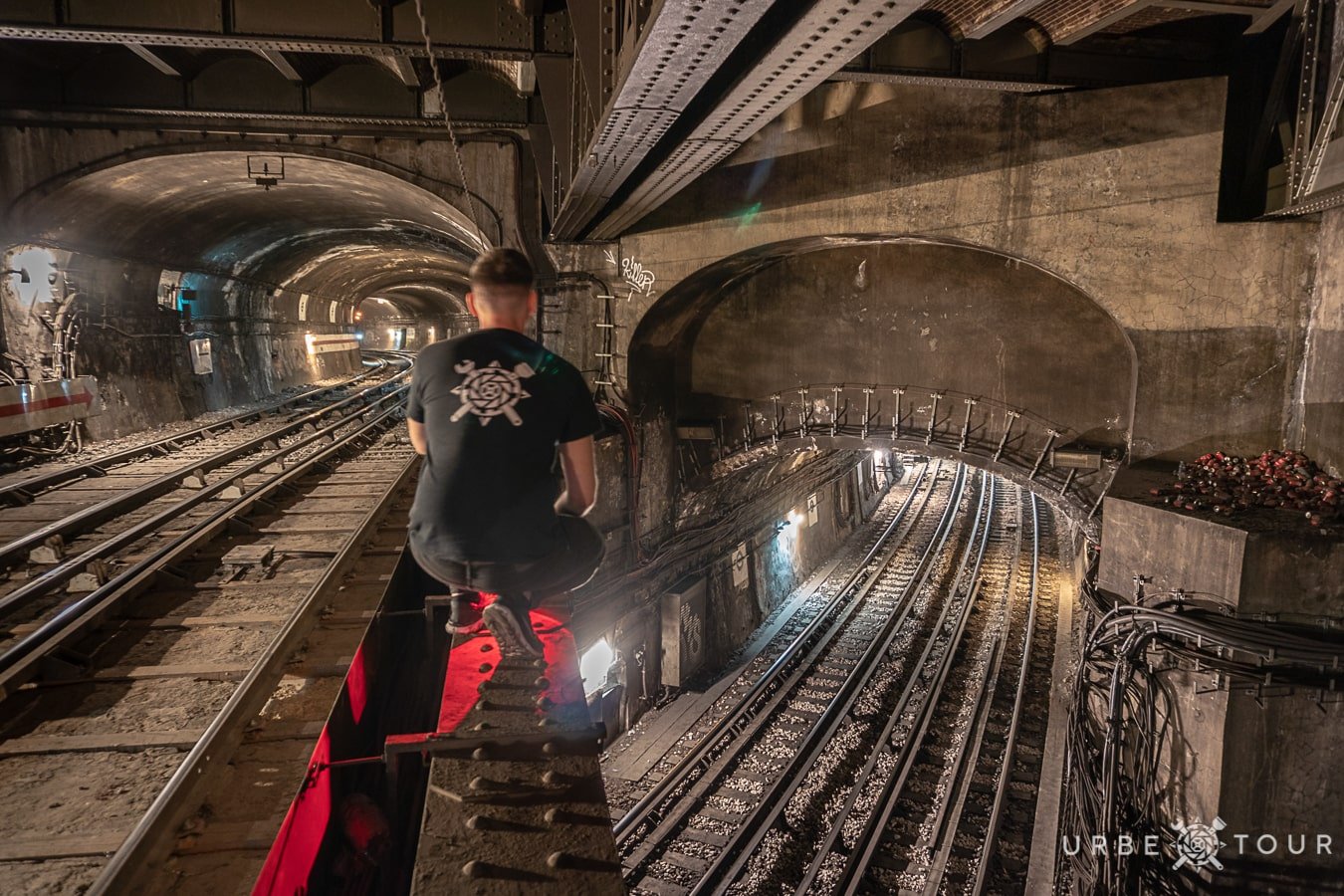 The metro station Opera is just a few hundred meters away. 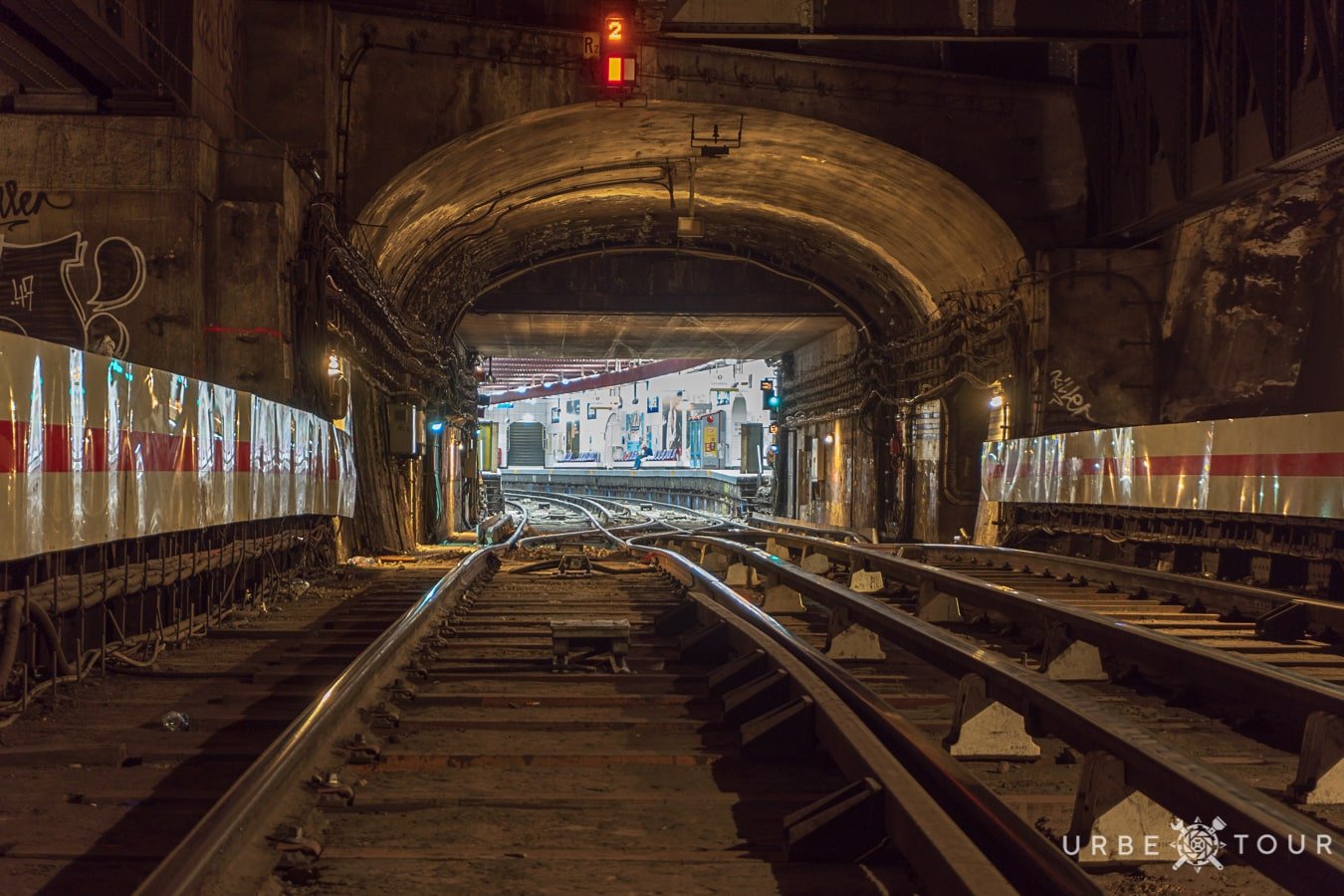 Without waiting for the start of metro traffic, we headed towards the exit. Our night was coming to an end, but more adventures were waiting for us! 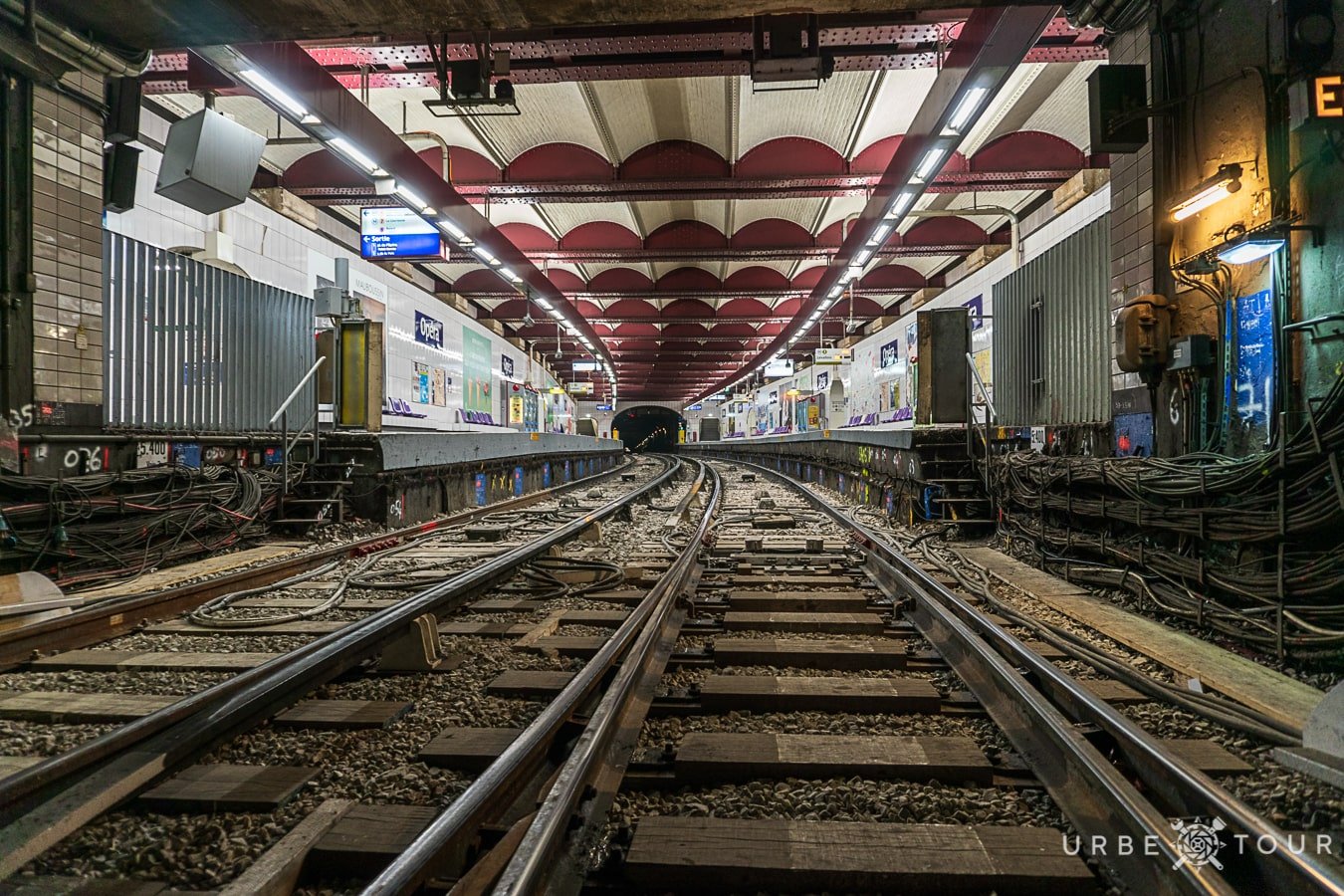 We’ll be back soon with a more detailed story of one of the abandoned metro stations in Paris. Subscribe to our blog, of Facebook and Instagram accounts. If you would like to go and explore these tunnels with us contact us via e-mail info@urbextour.com

The best urbex adventures where we can take you are in Ukraine, join Kiev Urbex Tour group and we will take you throw underground tunnels and abandoned bunkers.