Menu
The first section of the Kadet Grove creek was closed into a collector as early as 1870, during the construction of the railway. The upper reaches of the stream were removed under ground in mid-1950s, during the construction of the Pervomaisky district of Kyiv. At first some fragments of the channel were simply laid in the concrete shoressimilar to Lybed River. Later they were covered with concrete slabs, and garages were built over it. The most frequent visitors to the underground stream Kadet Grove is urbexers. They dubbed this drain “Zheleznodorozhny”, because of the trains constantly rumbling over their heads. Also it is possible to find inside a railway line plates, rail spikes and any other locomotive trash. Up to the modern territory of Sputnik Park, the diameter of stream is from two to three meters, which contributes to comfortable underground walks. 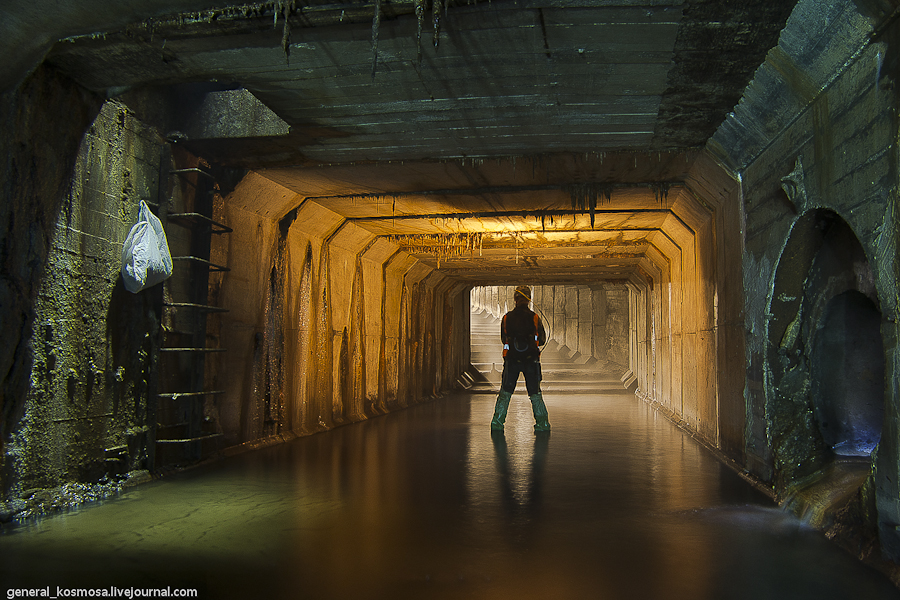 The Cadet Grove is a historical district in Kiev, through which a stream with the same name flows (the right tributary of the Lybed river). In the photo below is an arch leading to the dungeon. It is made by bricks but for reasons of durability it was covered by concrete. In this photo you can see that the tunnel comes out from under the railway and goes into its usual square section. 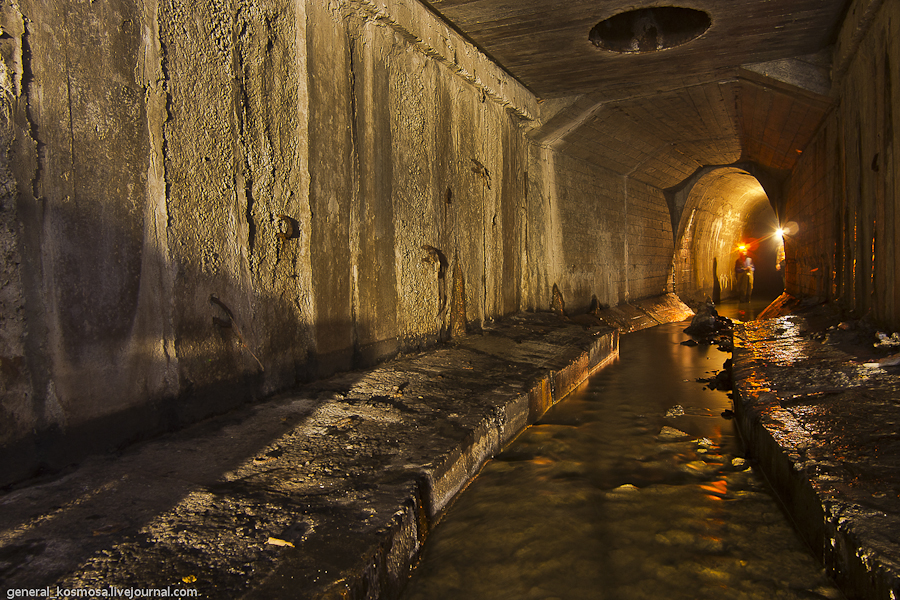 Connection with clean water pipe to the mainstream. 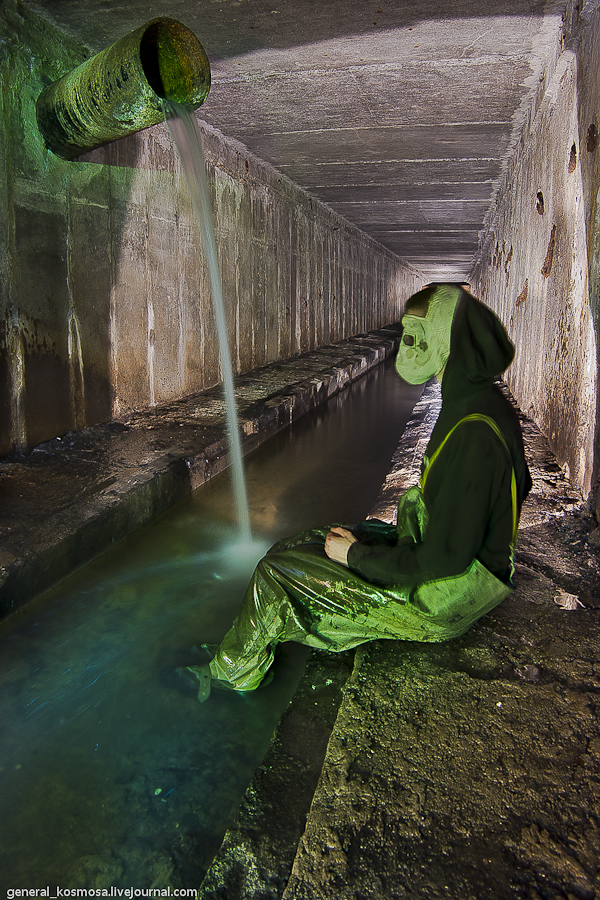 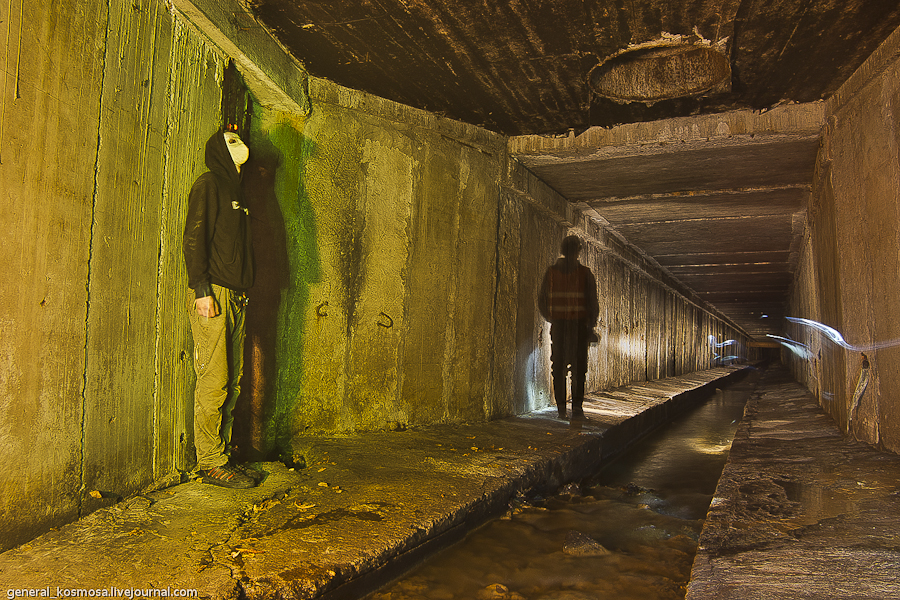 There are places where the tunnel is damaged. At this site, workers reinforced tennel with steel expansion beams. 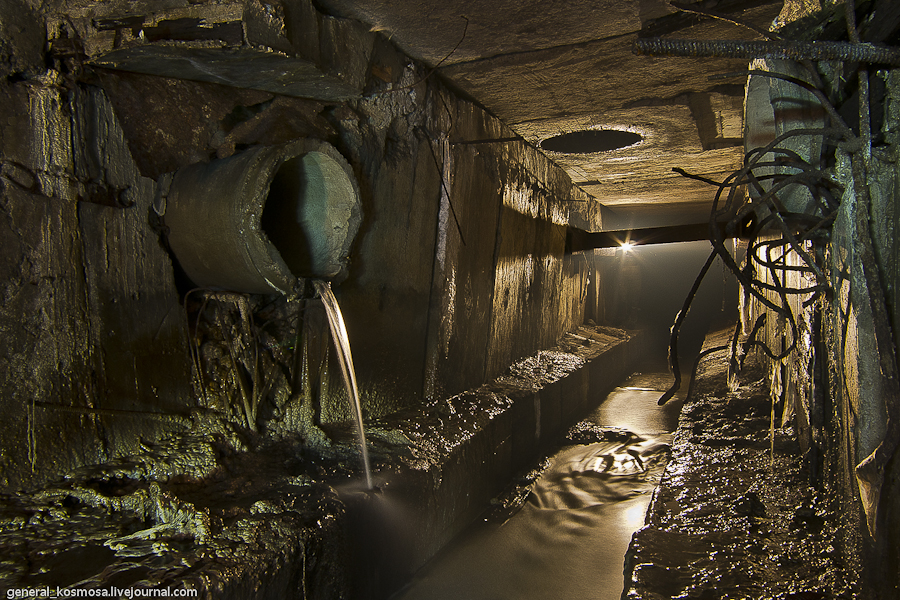 A fork in the tunnel, on the left the steps lead to the exit to the surface. Kiev urban explorers can not deny themselves a small picnic on the banks of an underground river. You can cook mulled wine or tea. Caves and underground tunnels tour in Kyiv are waiting you! Join our adventure time! 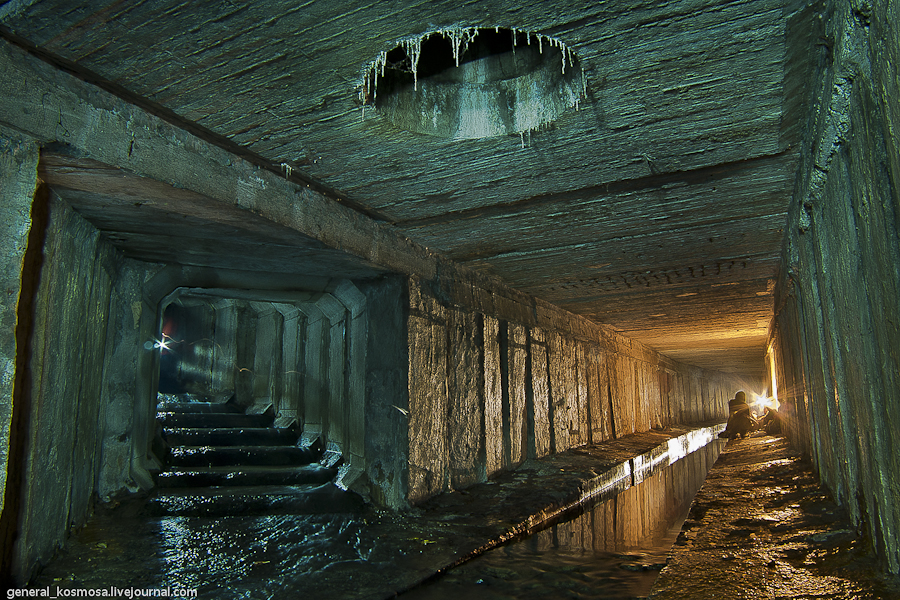 Our walk along the stream ends in a very interesting place. Here tunnel has height difference and the builders made a large cascade of steps.
Kyiv Underground Tour
Explore Ancient Tunnels Labyrinth Under City Center
More Info
Kyiv Urbex Tour
Unforgettable Adventure in Tunnels and Abandoned Cold War Bunker
Check Prices
Missile Base Tour
The Only One Place in the Earth where you can push Nuclear Attack Button
Get More Info
Urbex Photo Tour
Lightpainting Photography Workshop in 3 Amazing Locations
Book Now
Urbex Stag Party
Here’s everything you need to make the big bash a success!
Book Now
Previous
Next