But the most striking difference between Fukushima and Chernobyl is that, according to my feelings, the consequences of the accident at the Fukushima-1 nuclear power plant will be completely eliminated. Every day teams of people in white overalls make the exclusion zone a few centimeters shorter. They wash houses, asphalt and concrete with hand brushes, remove layers of contaminated soil and put them in bags. Later this soil will be sieved through special machines. In Japan’s plans – to completely eliminate the consequences of the accident and populate the exclusion zone in the next 30 years. Nobody doesn’t care about Chernobyl and the radiation went deep into the ground, making a ten kilometer zone forever unfit for living.

Now the territory of compulsory resettlement is divided into: the red zone – here you can’t be at all, the orange one – where you can get only by special permission and only in the daytime, and green – this territory is considered as cleaned from radiation and you can enter it day and night.

Just before our visit, the Government of Japan lifted the ban on entry to the Namye city, which recently was a red zone. Only 12% of the population returned to the city, the houses mainly are empty, here we spent the last day after two trip nights in the red zone.

There are almost no people in the Namye city. Formally, the city is already a green zone and considered clean, but not many people want to come back here fearing the radiation. 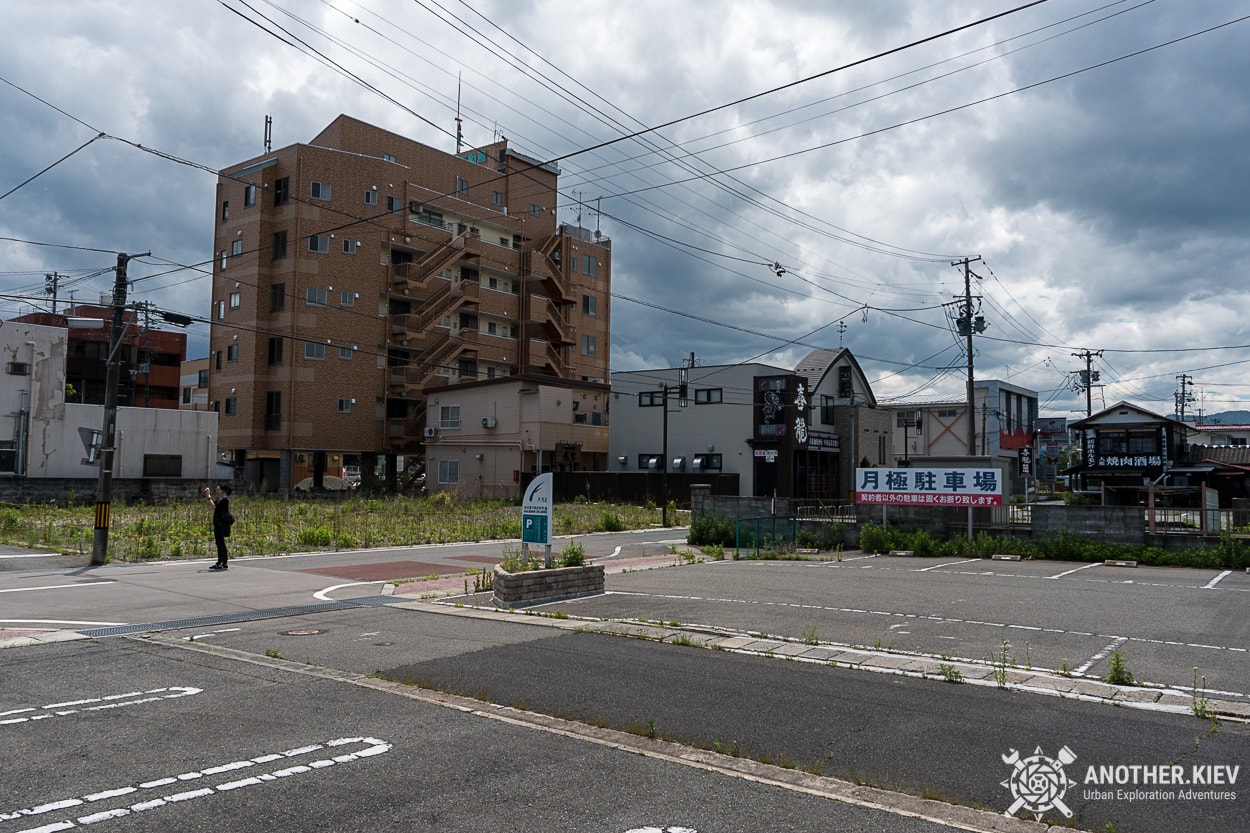 Someone put his moped seven years ago. 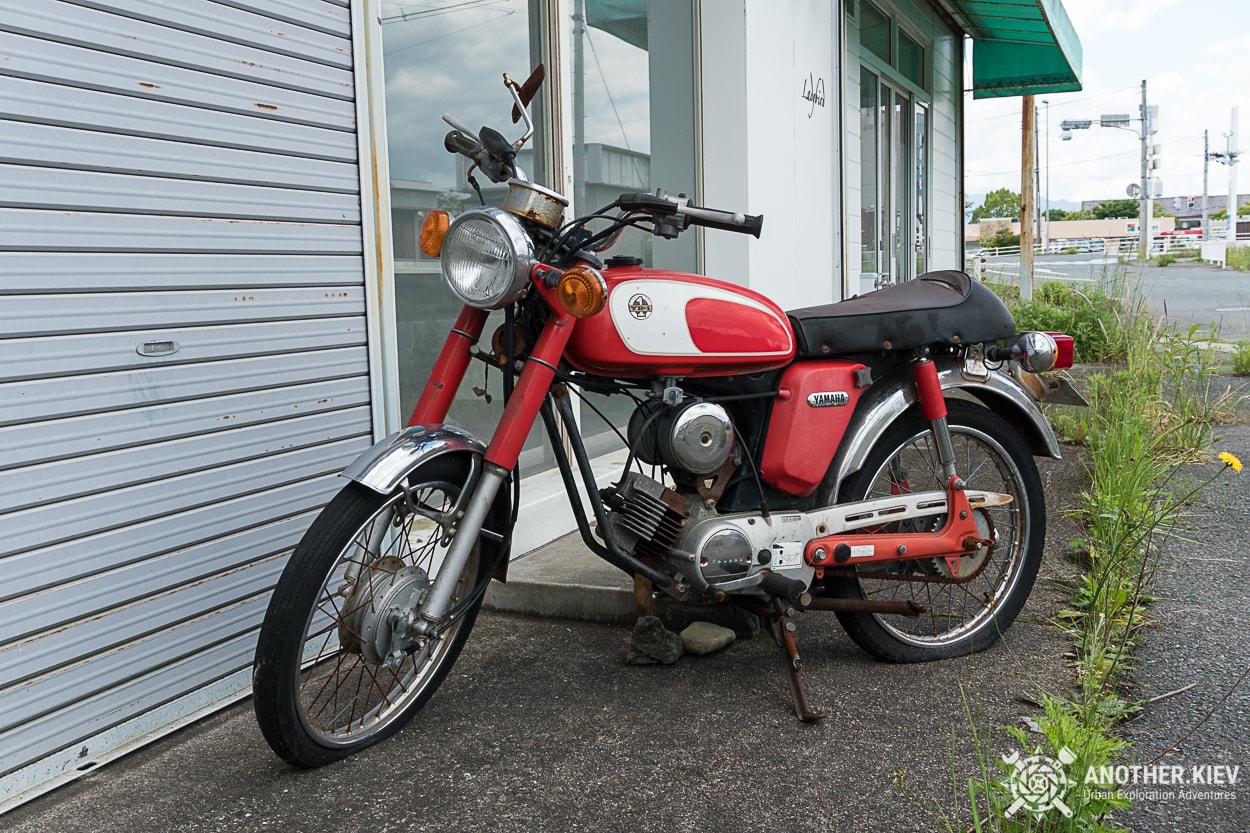 In many houses there are total hardcore. This is a restaurant, wild pigs broke in and turned everything upside down. 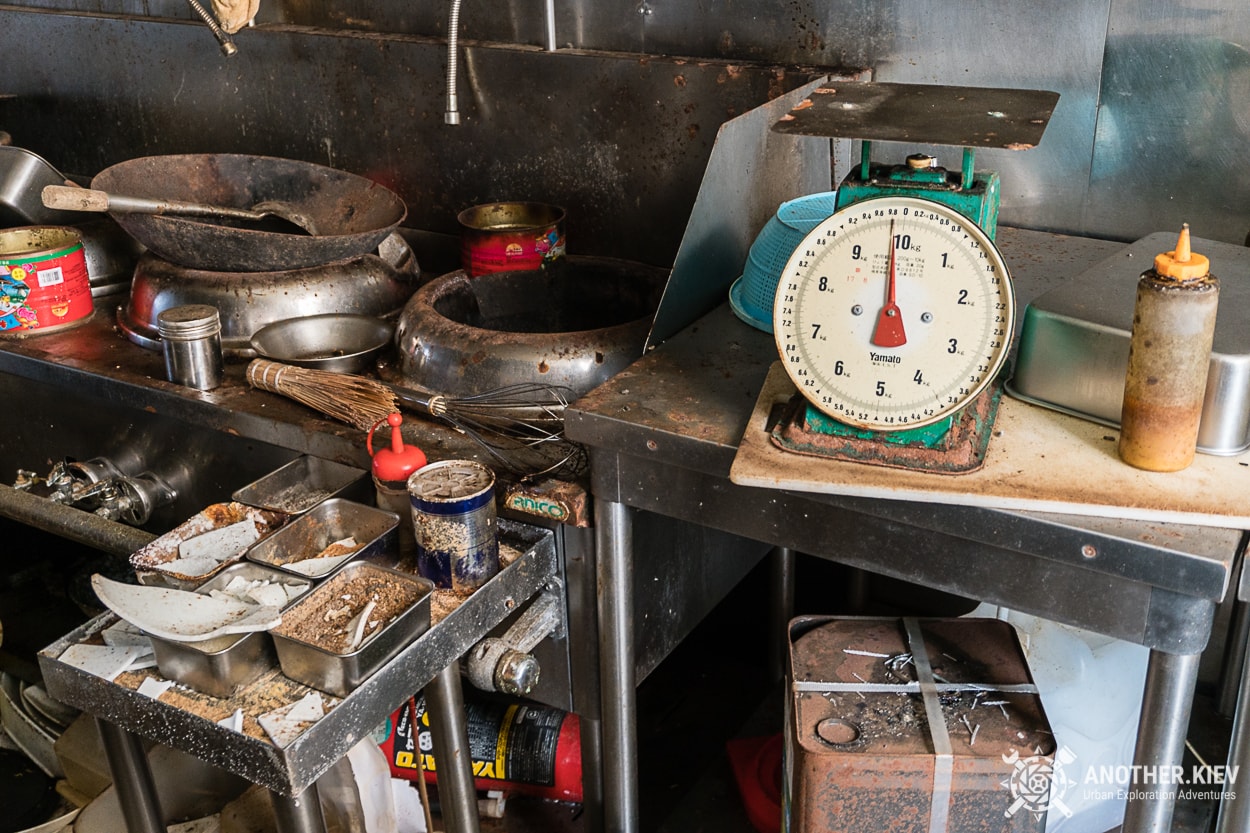 There are electronic displays on solar energy, which show the level of radiation background all around the city. The background is a bit raised, but in general is normal- 46 microroentgen per hour.

Underground Tunnels and Cold War bunker tour in Kyiv is the best gift for your friends! 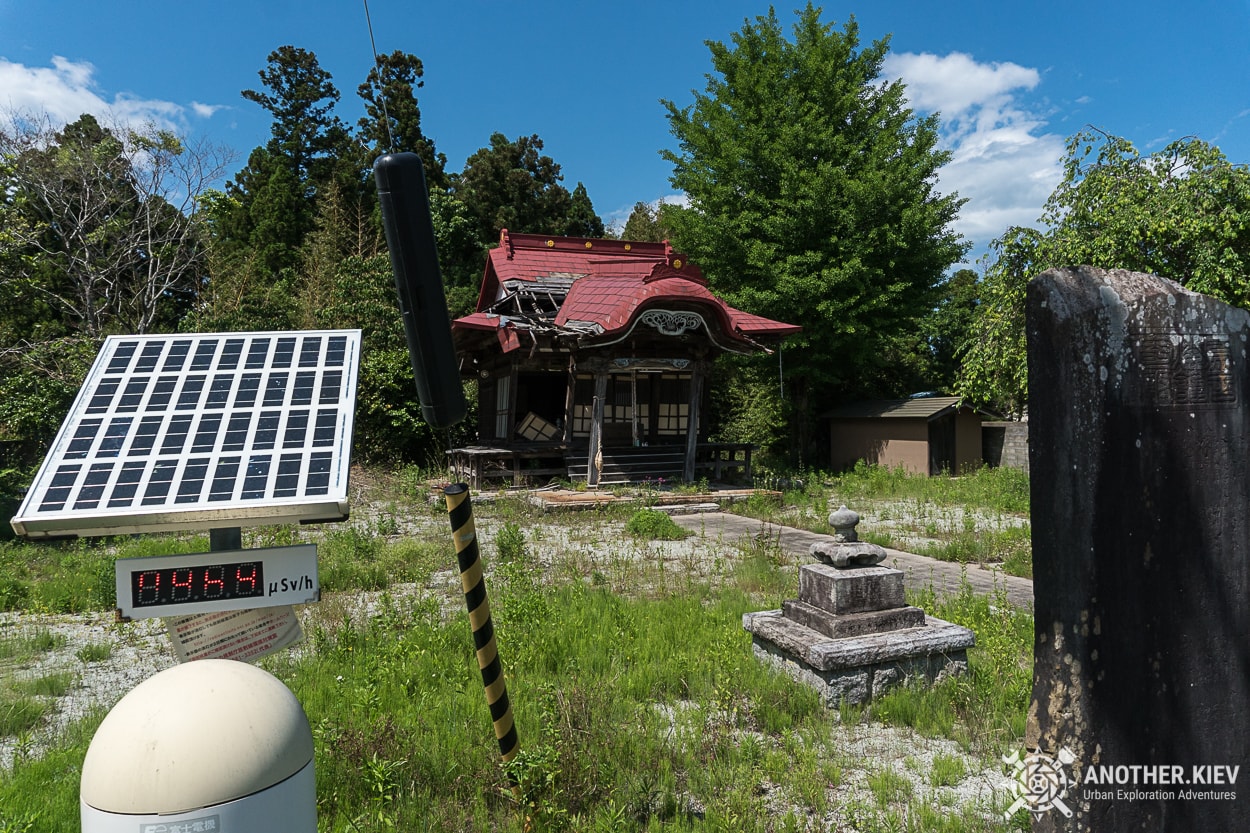 The courtyard of an abandoned temple with a statue. 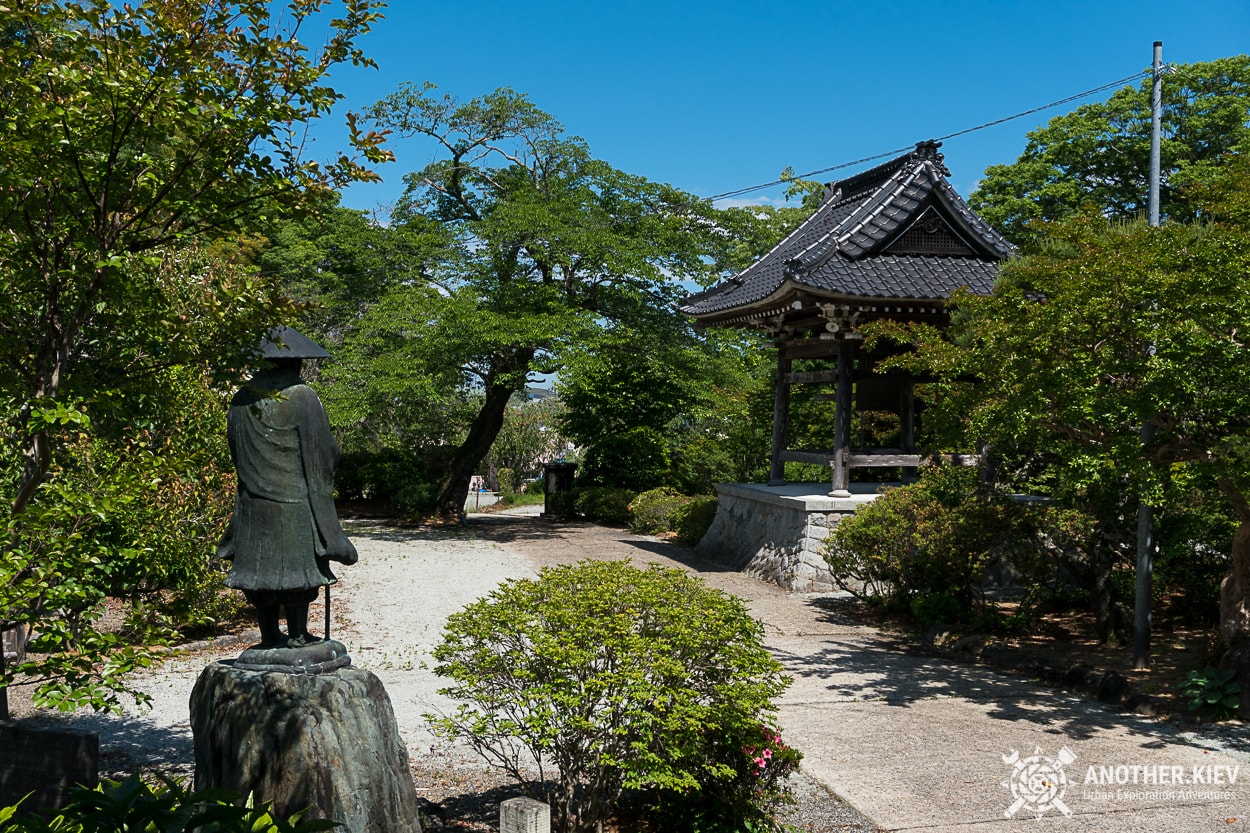 Inside the temple everything remained untouched, the mentality of the Japanese doesn’t allow looting. 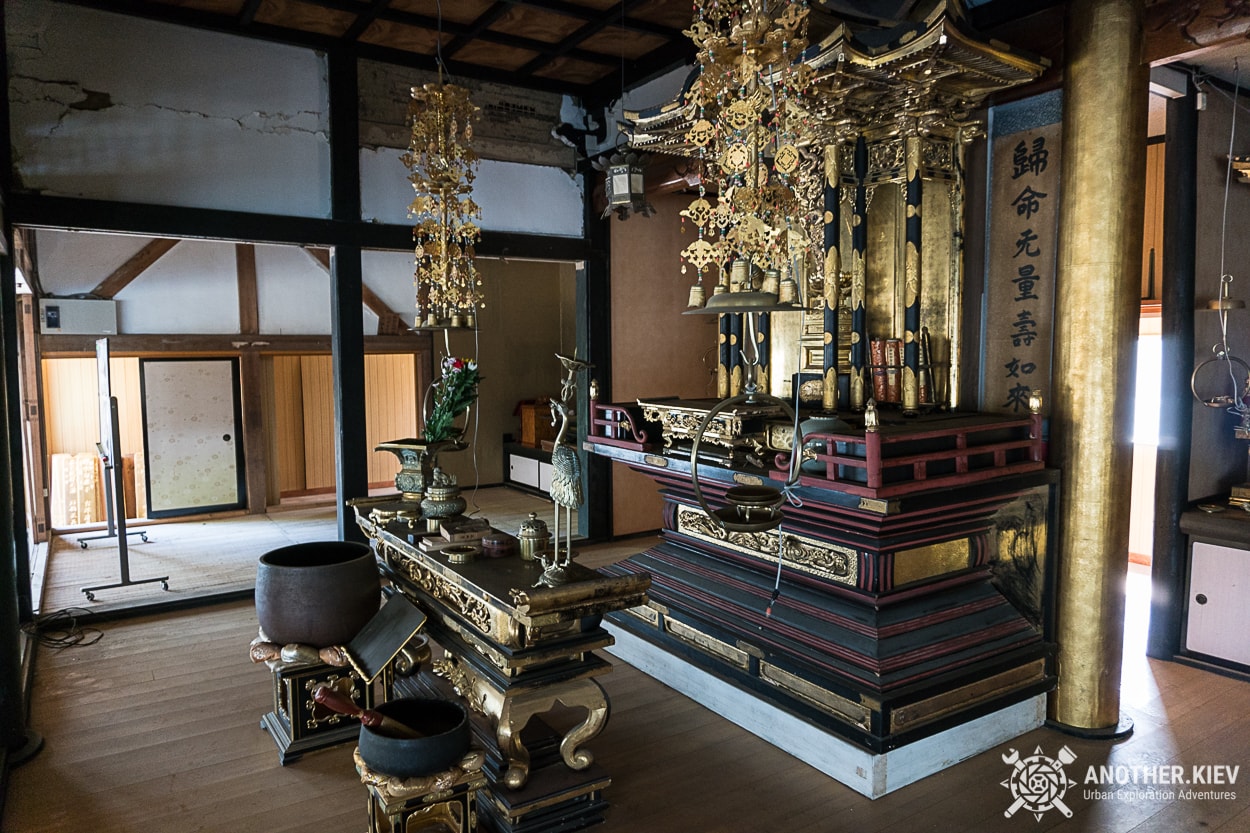 In one of the rooms was an old samurai weapon. I imagine how will distort the face and shake hands of the looters, who destroyed Pripyat, if they see this post, because there also were many valuable things. 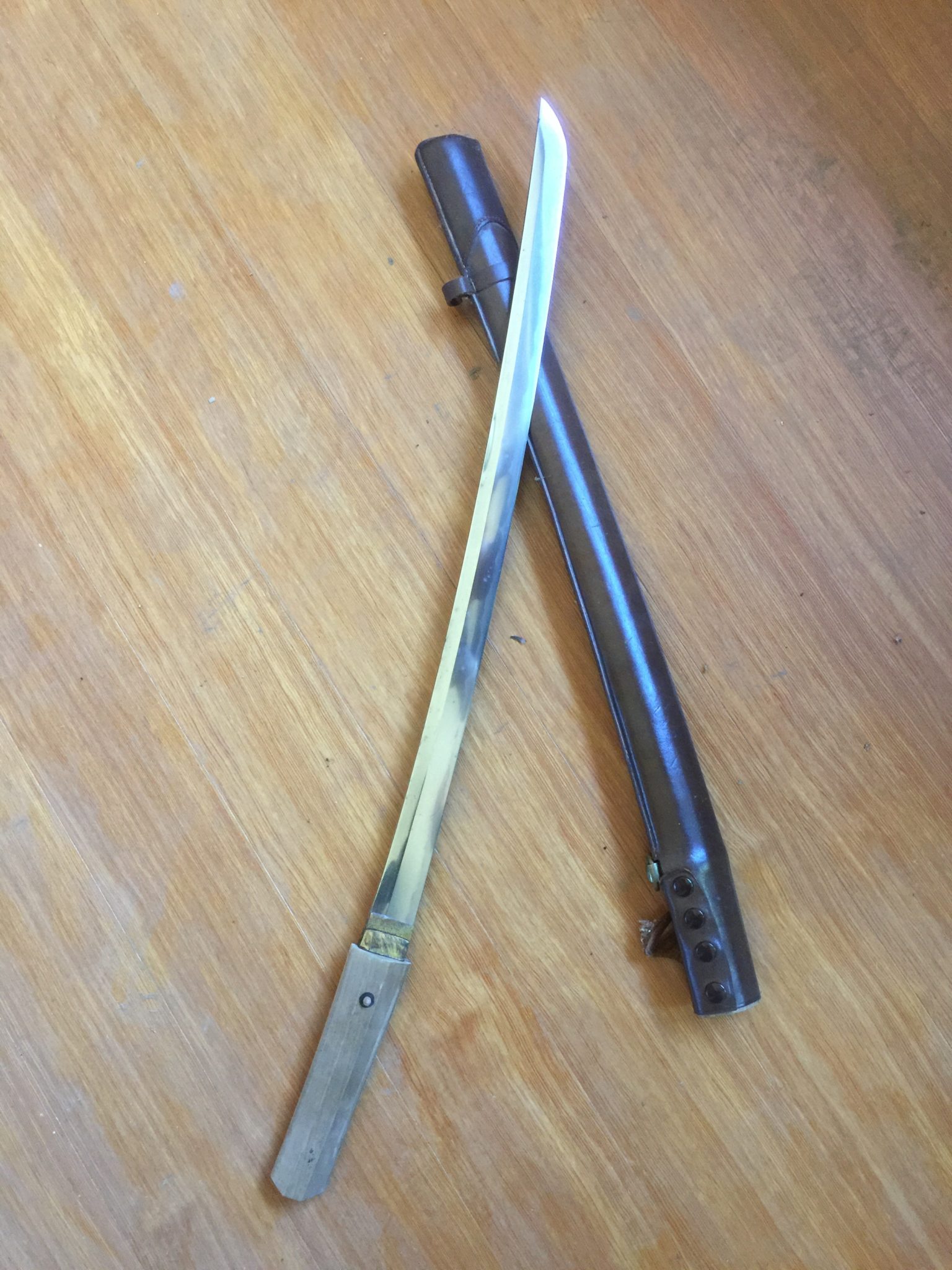 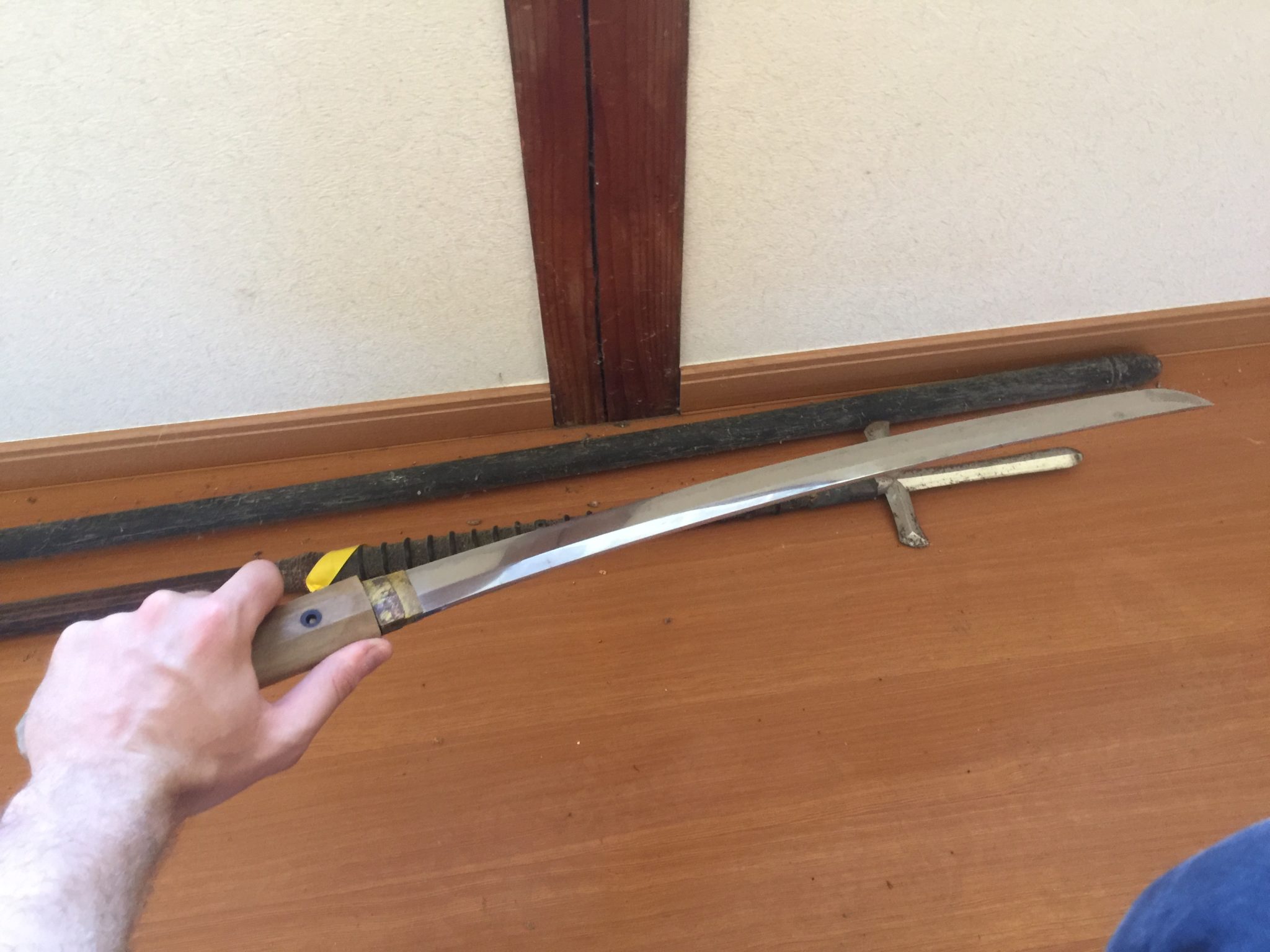 As for me, the most poignant was the abandoned technique that overgrew with ivy. 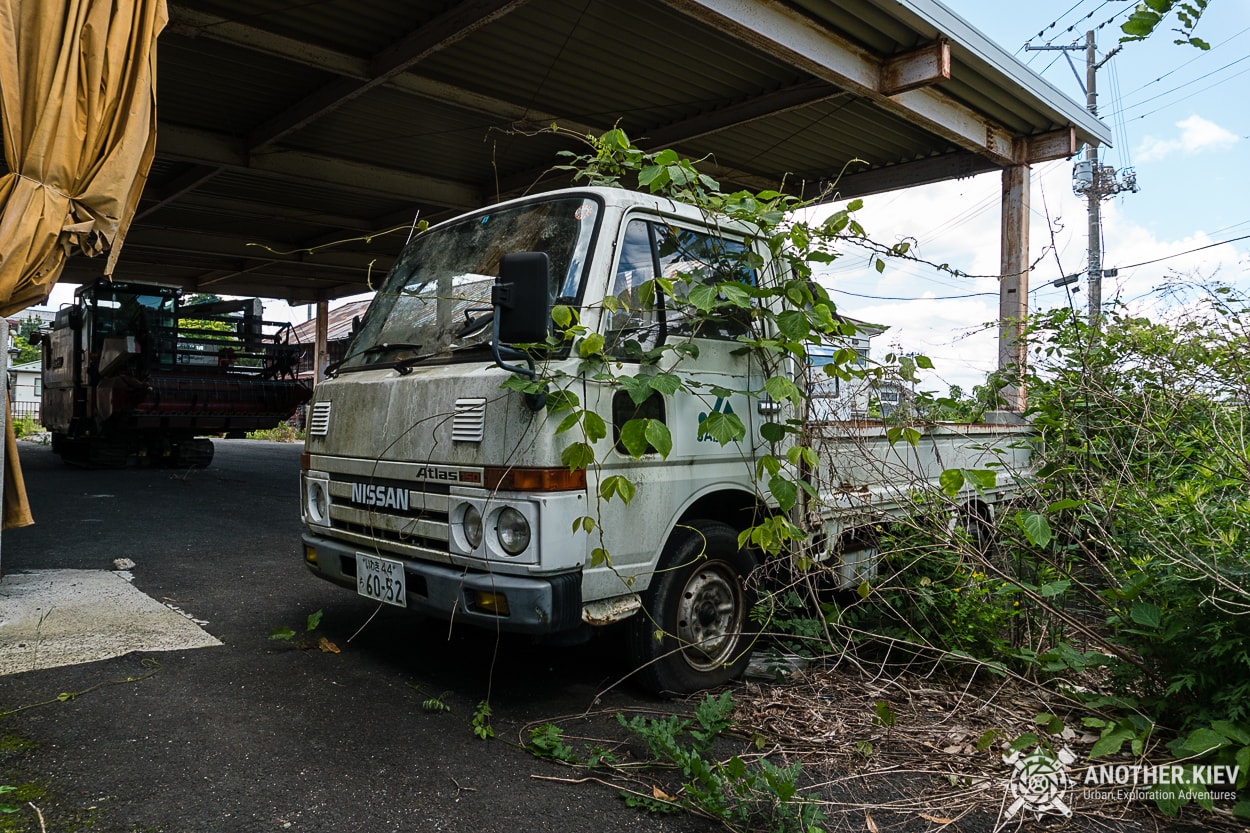 A statue at the entrance of the school. 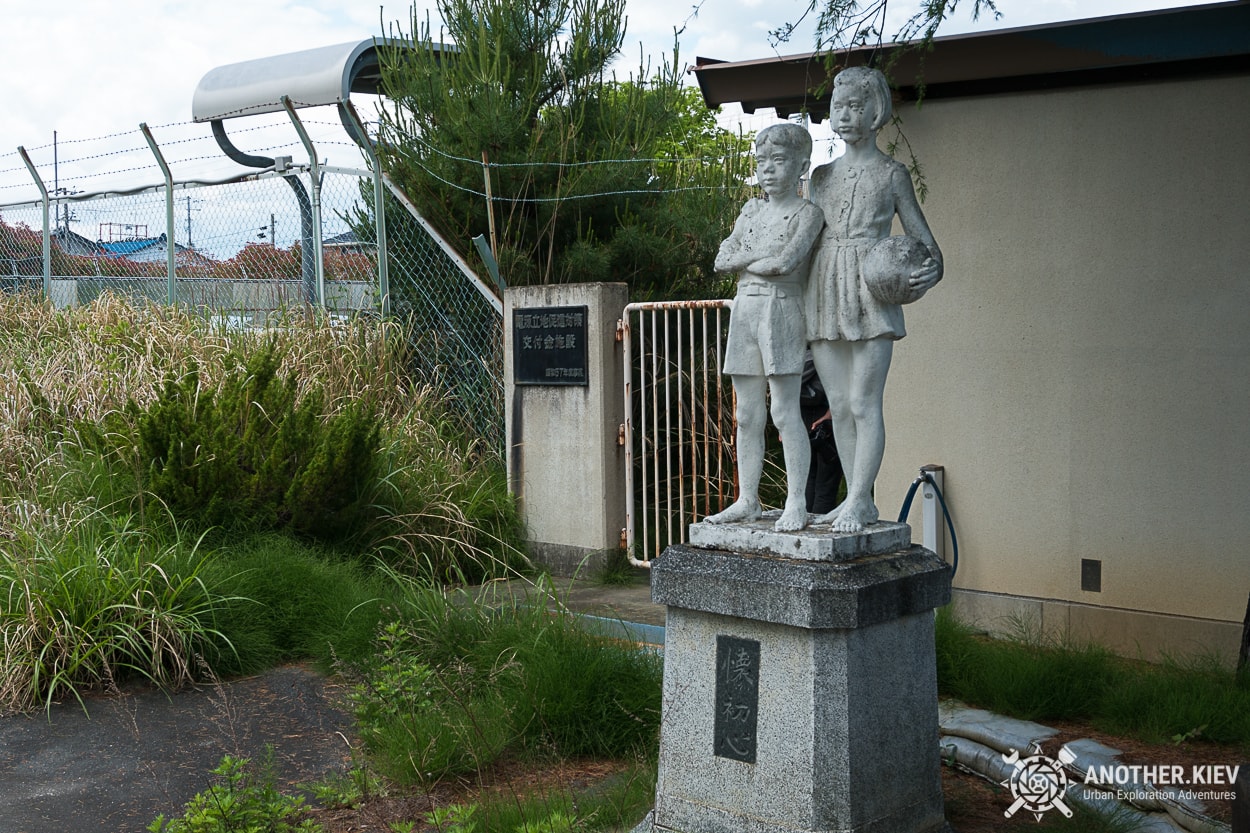 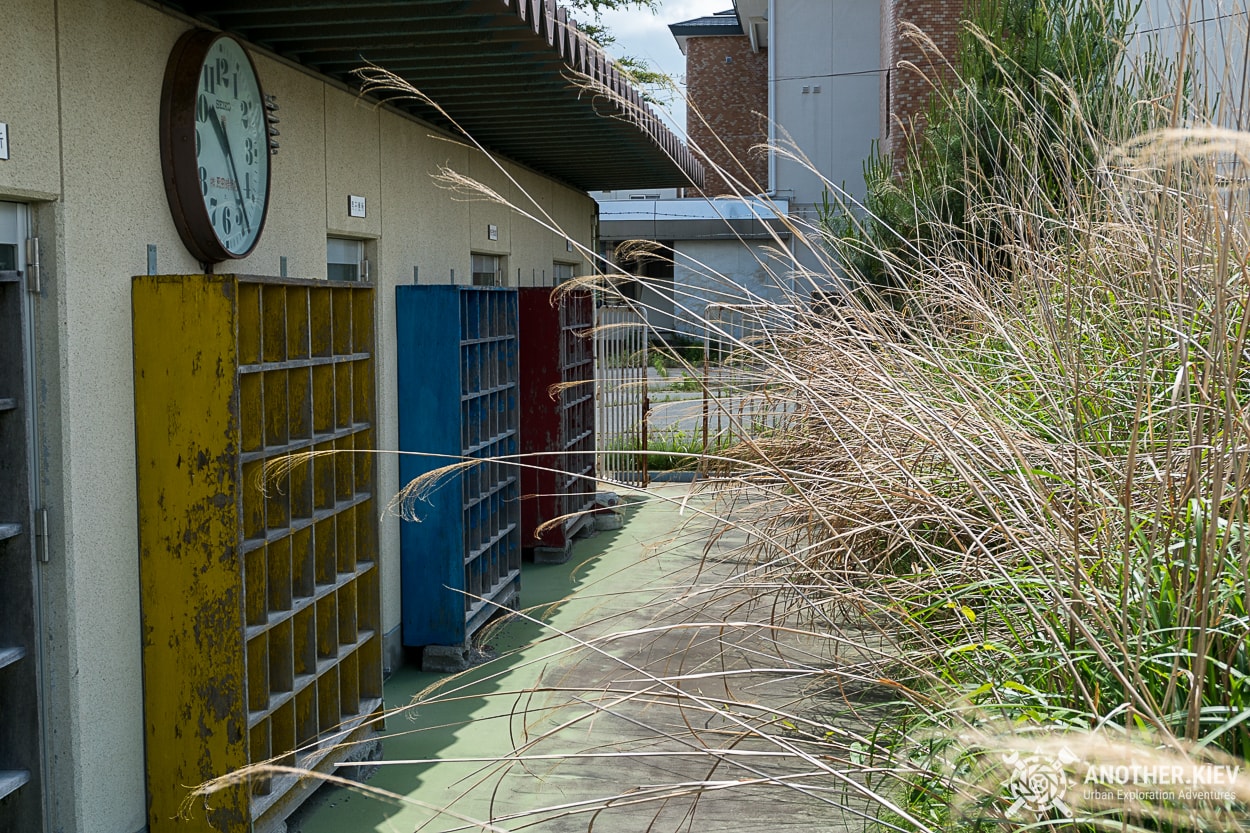 These are the moments that poignant me the most. Pupils have folded their form into plastic bags and left, probably forever. It is unlikely that this school will be opened again. Despite all the cleaning measures, the increased radiation background in Namiya won;t contribute to the development of growing organisms. 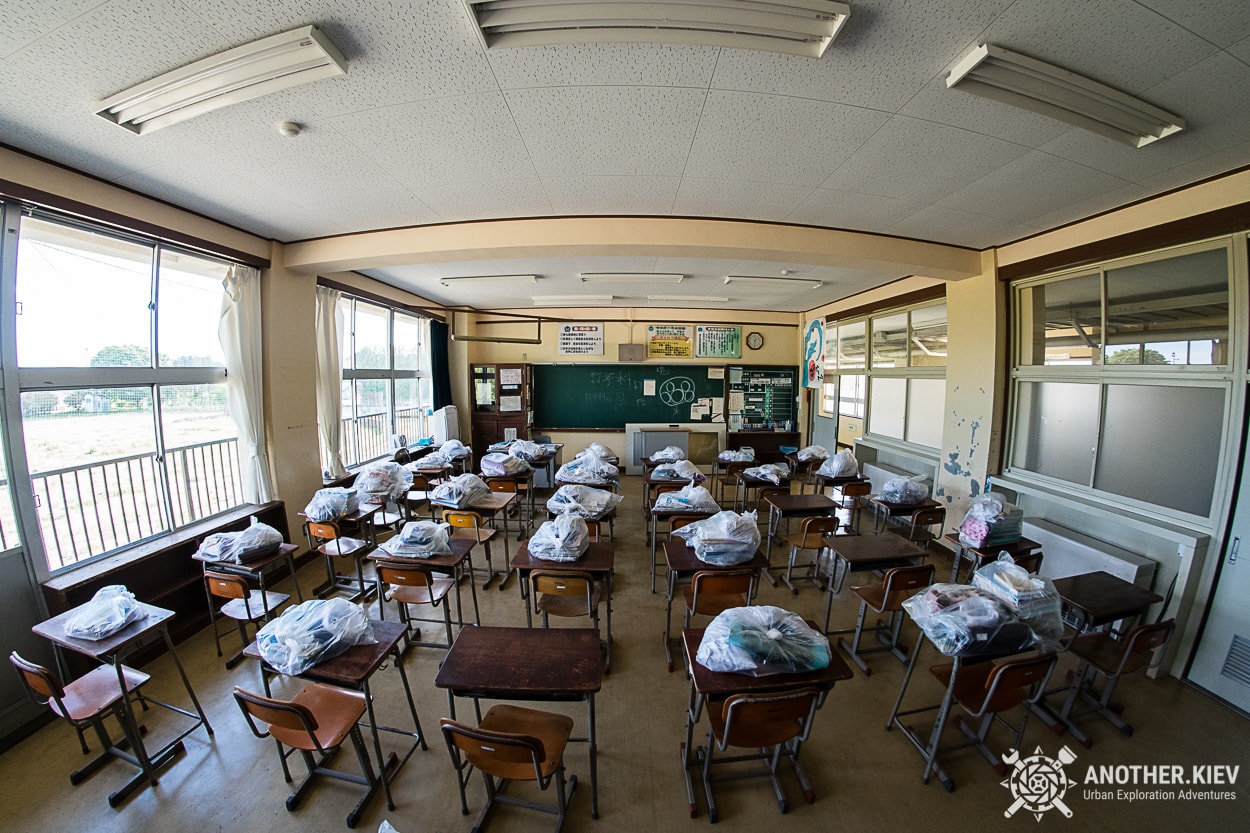 Schoolgirls are flutist. But at the first glance it seemed to me that they were sitting with katans. 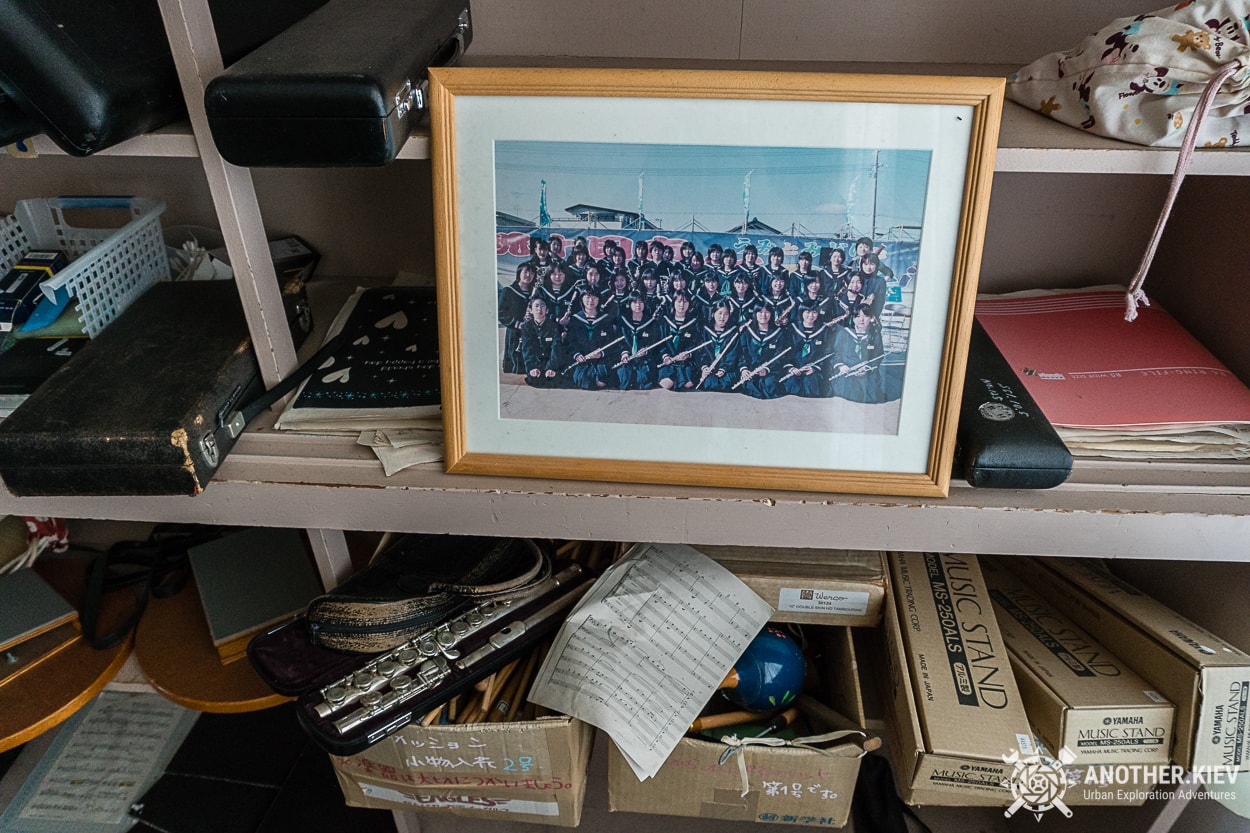 It is a computer lab and some computers are overturned. 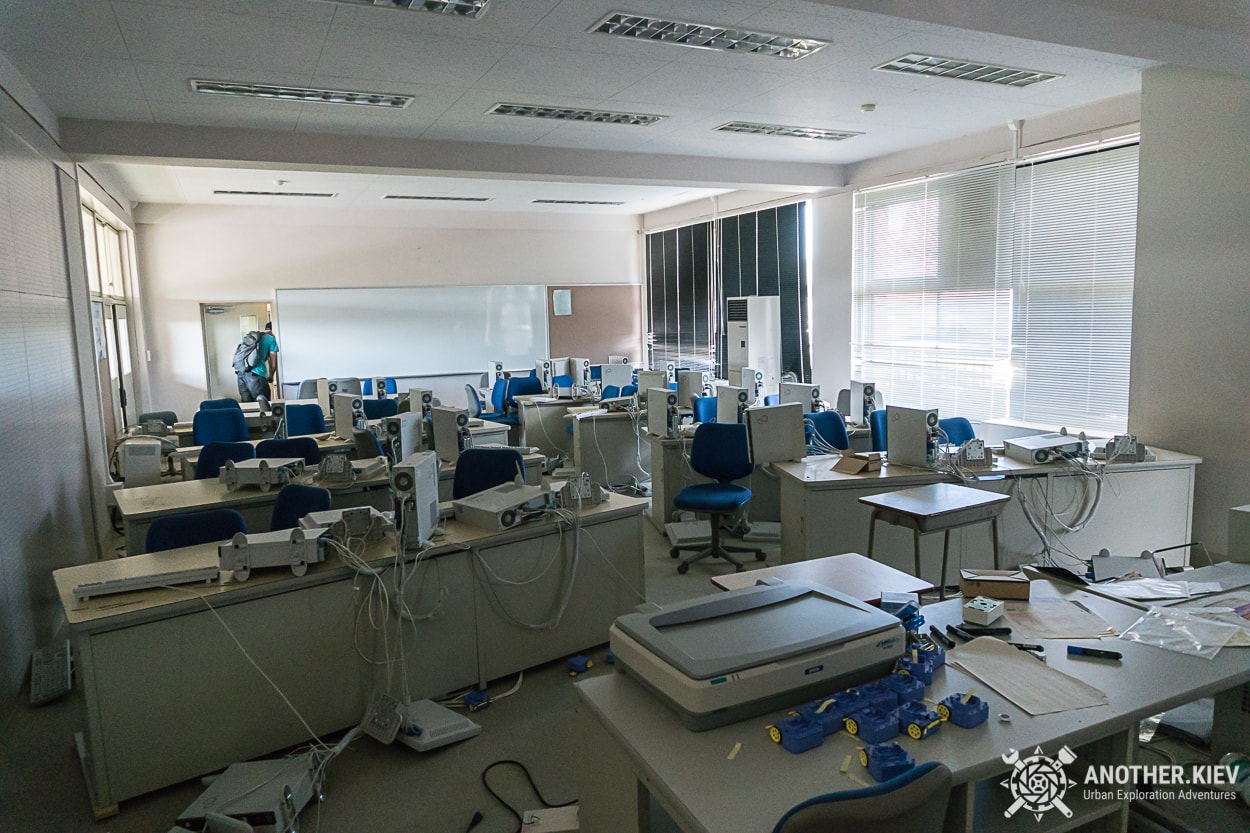 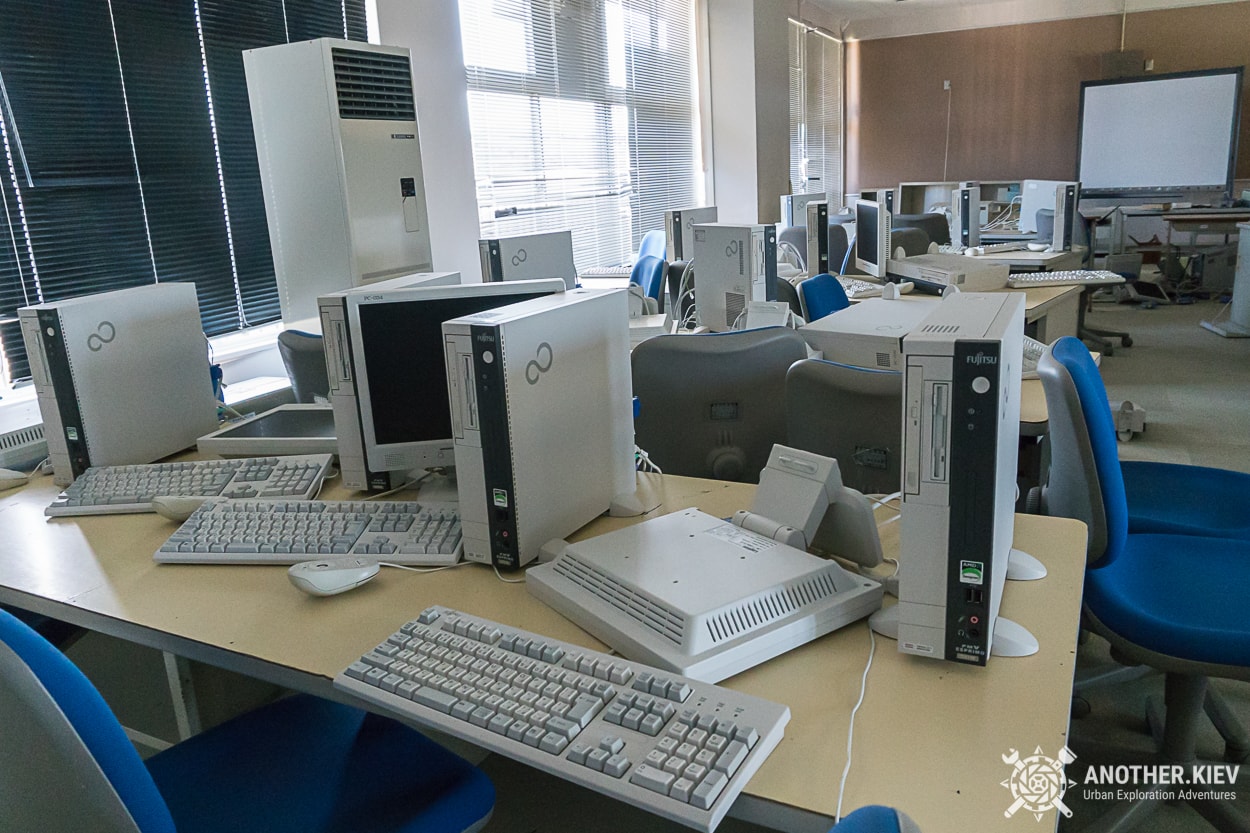 School gym doesn’t look abandoned, only dry flowers in pots remind about the tragedy that happened here seven years ago. 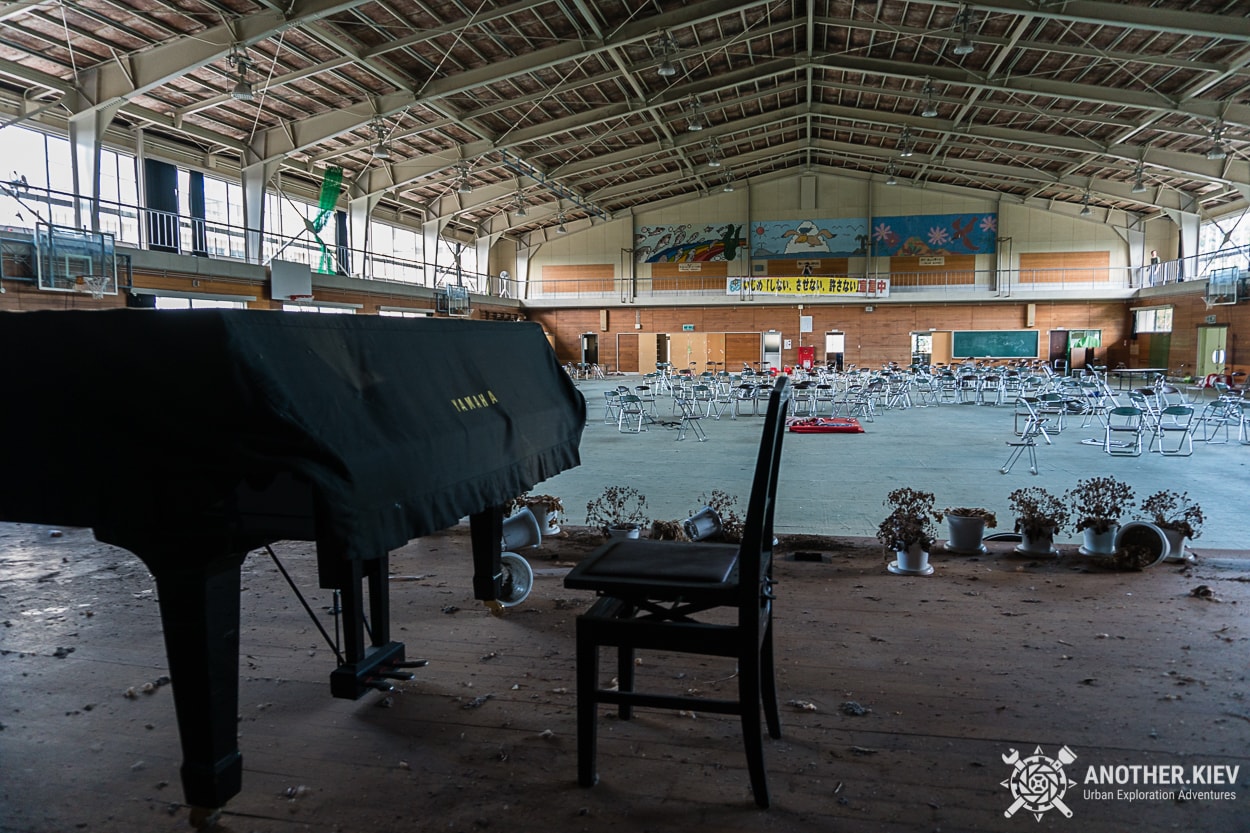 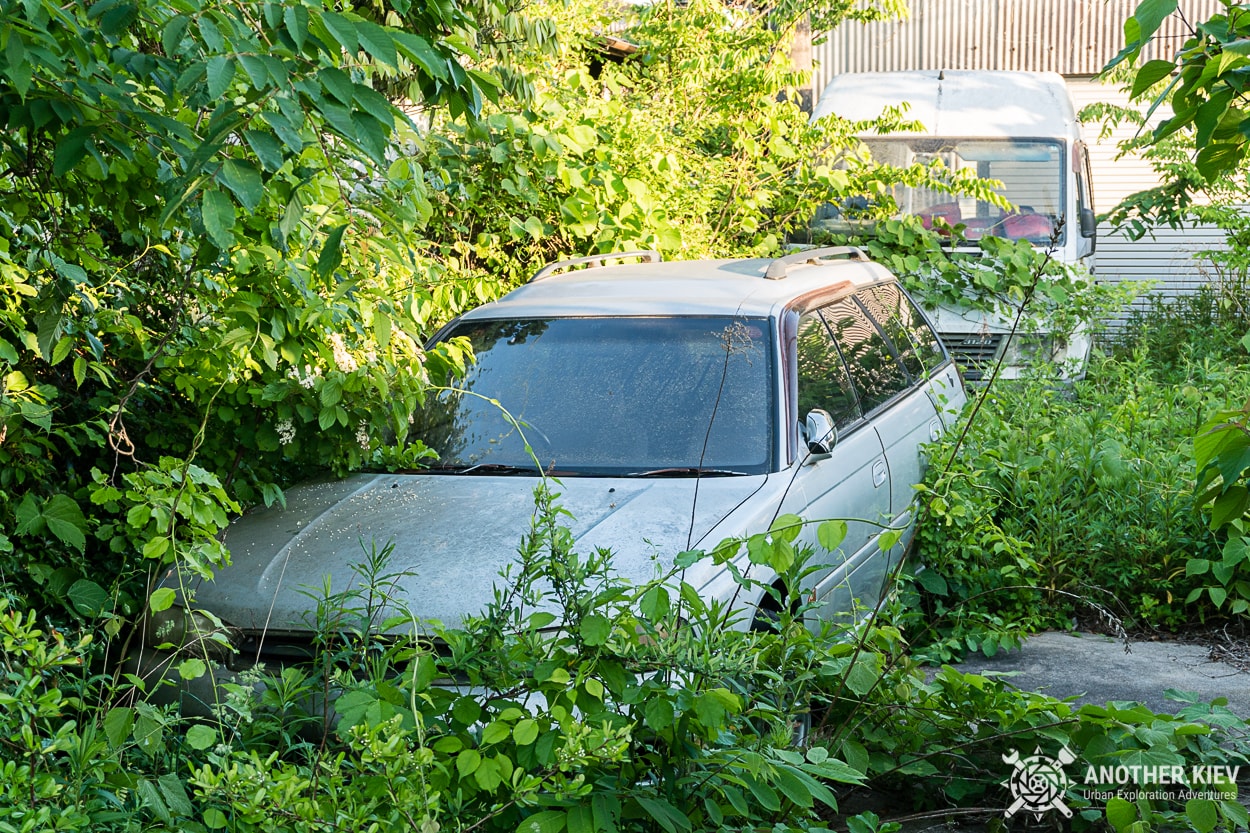 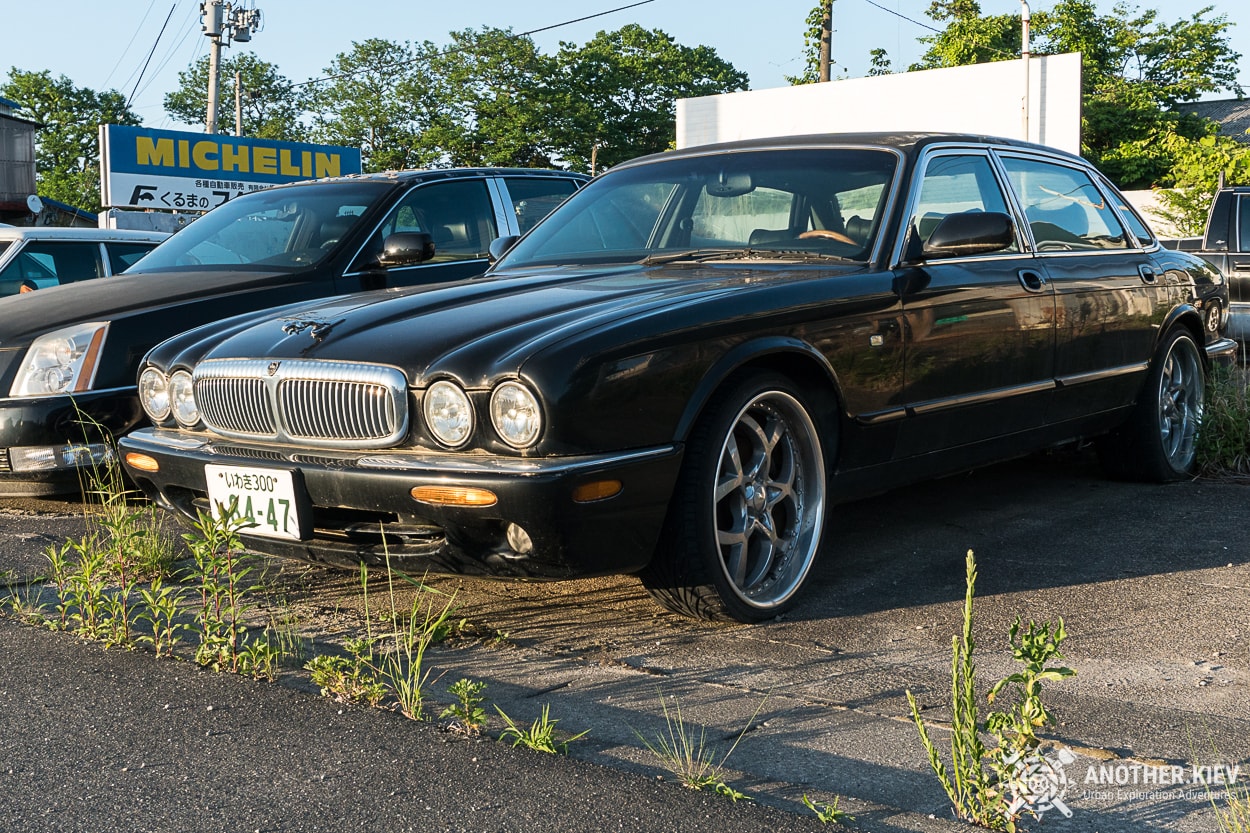 Driving nearby, we have found one more abandoned school on the coast. This is the school of Futaba town, about which one I wrote in the last post. This is one of the few buildings that survived after the devastating tsunami caused by the earthquake in 2011. 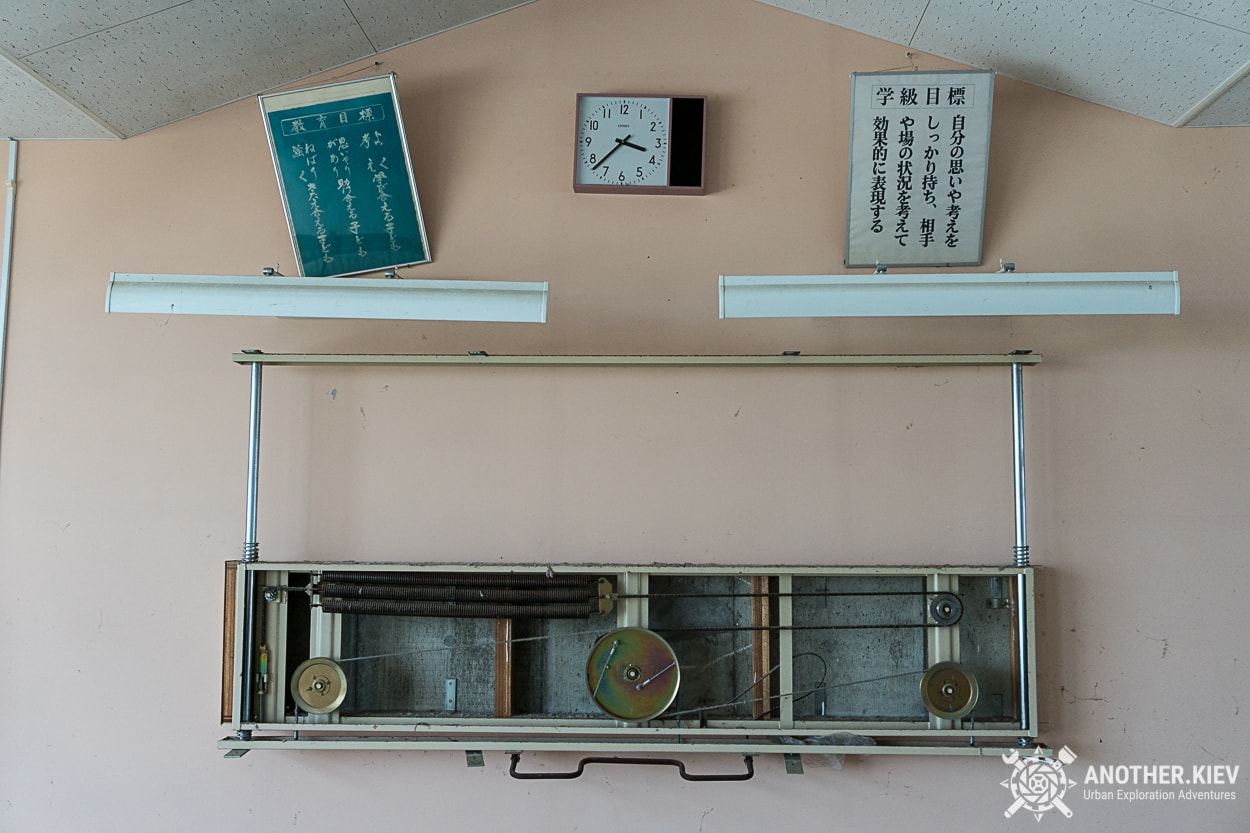 There are names of days of the week in English posted on the steps. Want it or not, but you’ll leant them – it’s ingenious. 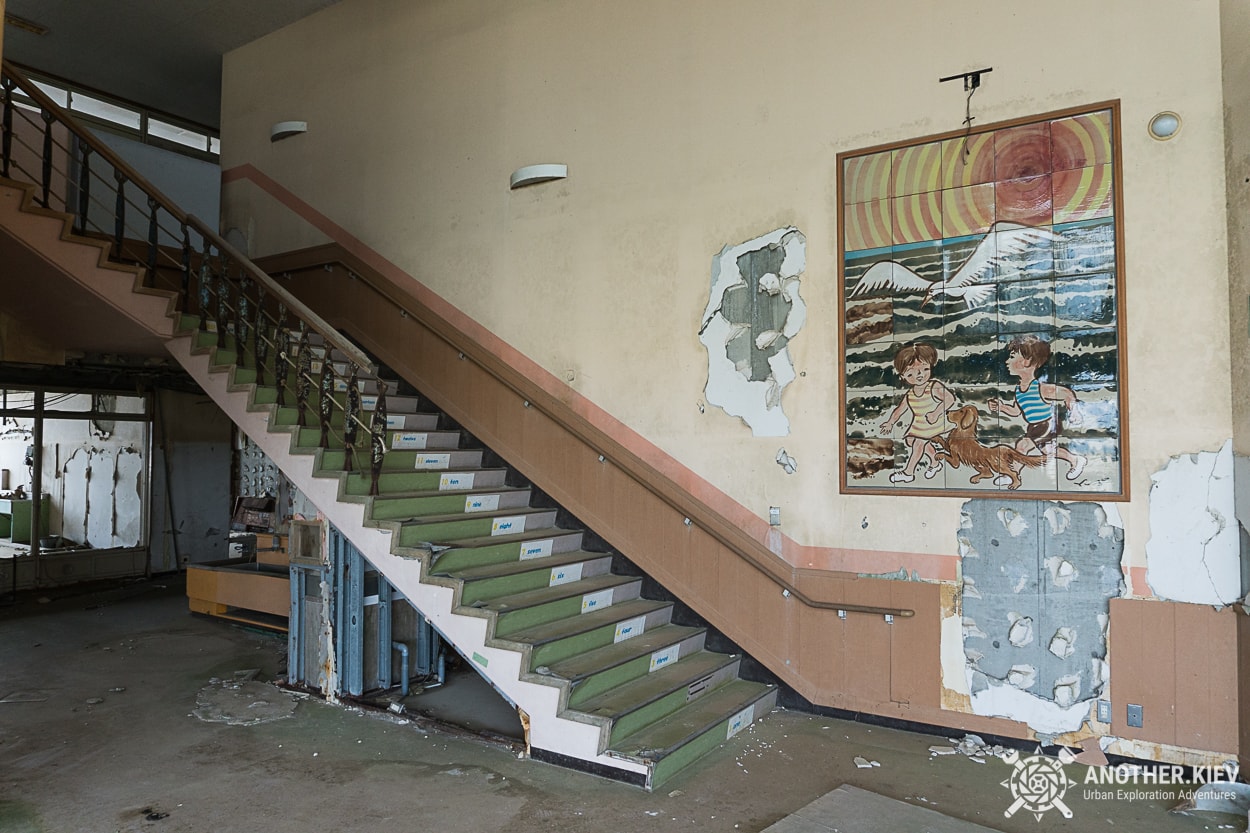 The floor in the gym began to fall. 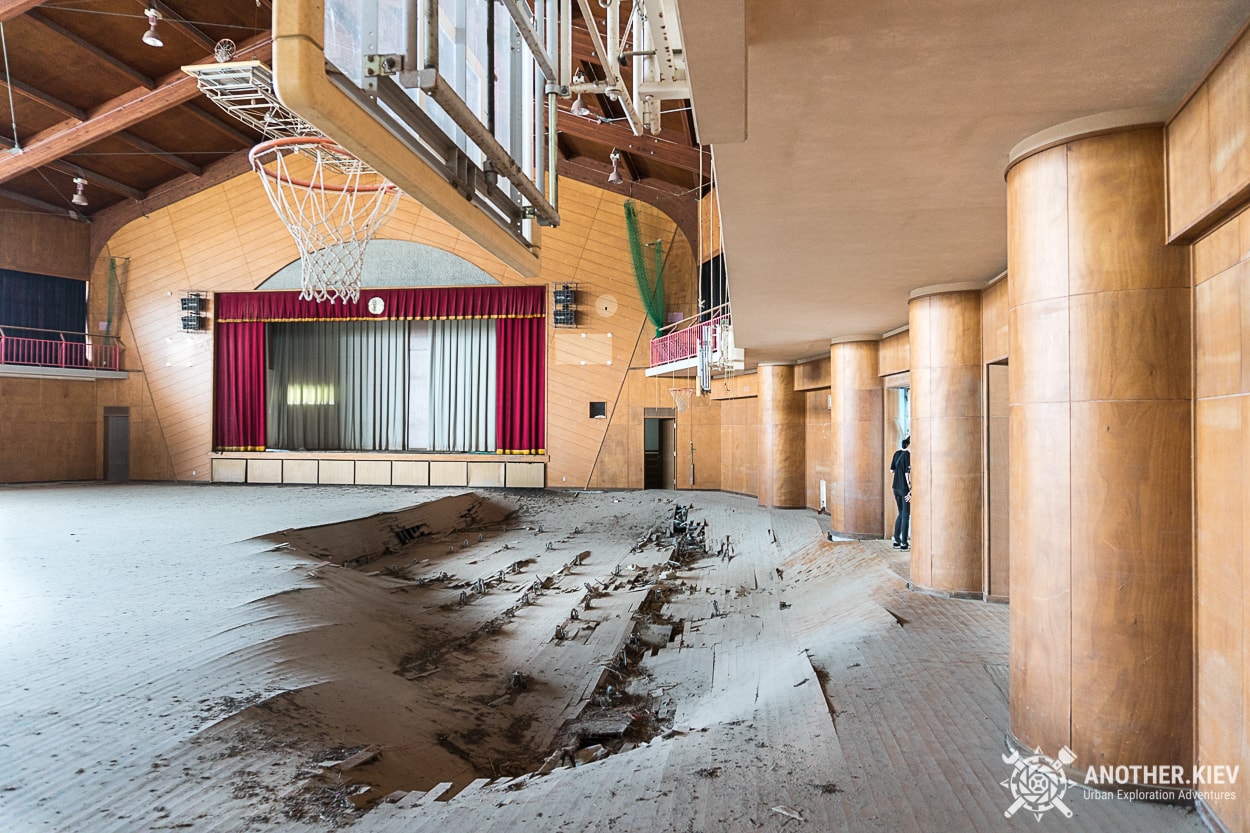 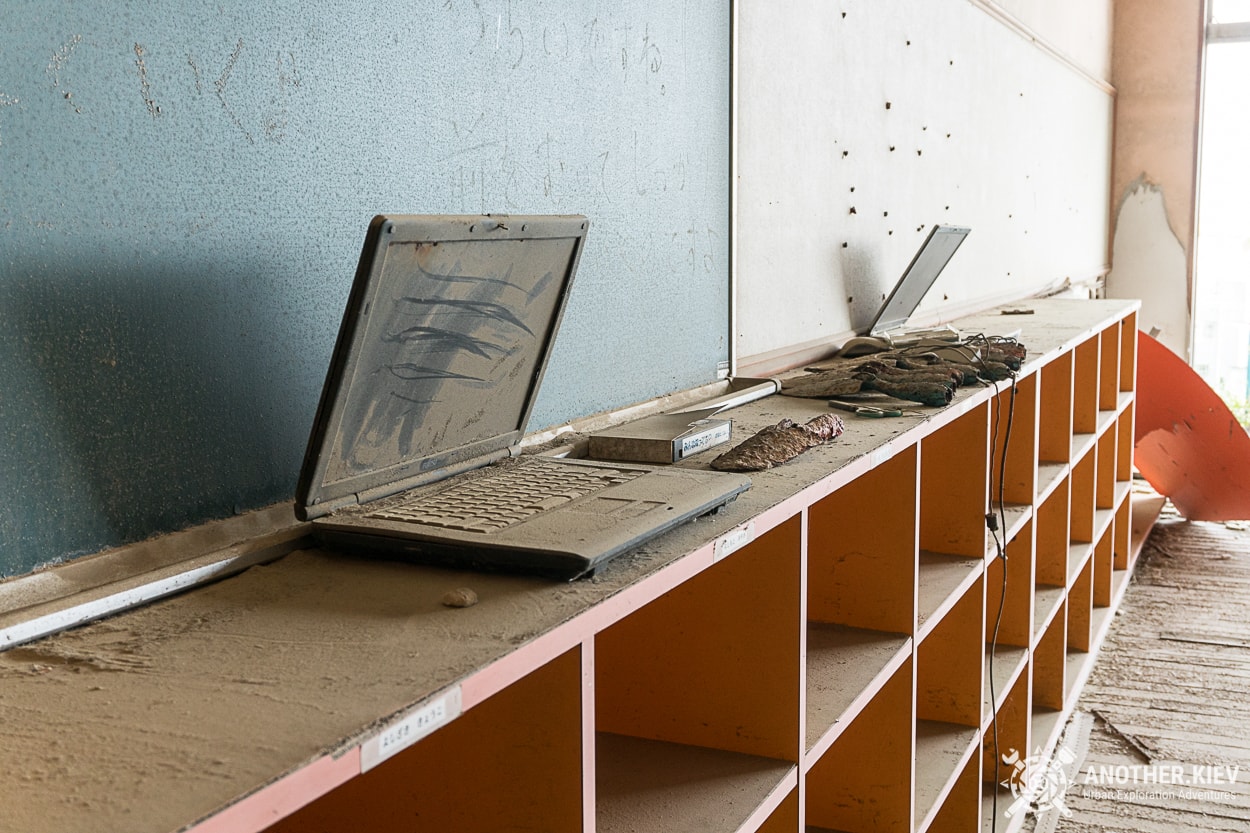 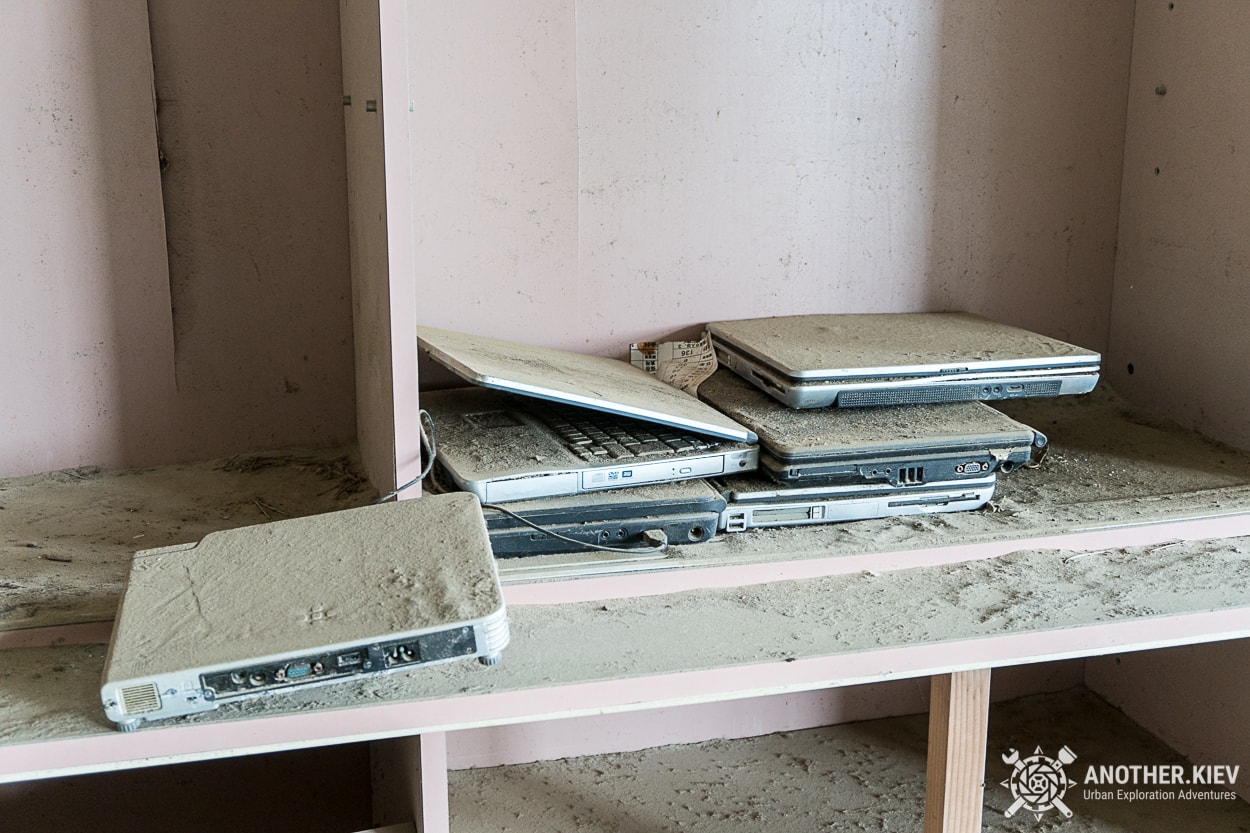 In general, the building is in poor condition. It looks like a classic urban object. 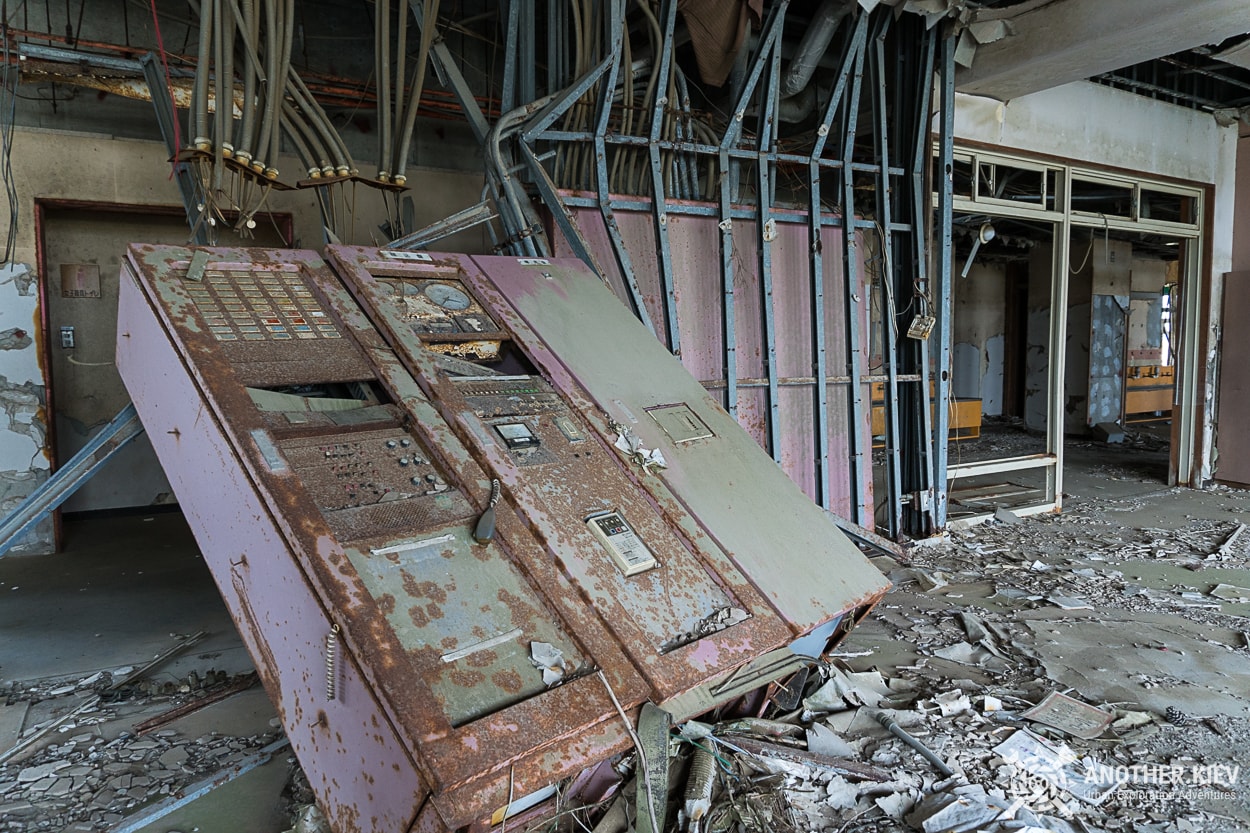 One of the passions of the Japanese are pachinko slot machines. Every such current salon inside is an infernal noisy sight.

Like any gambling game, pachinko can cause addiction. There are cases when players lost their jobs and families, because of their addiction to pachinko. The game is very popular in Japan and its popularity is constantly raising. 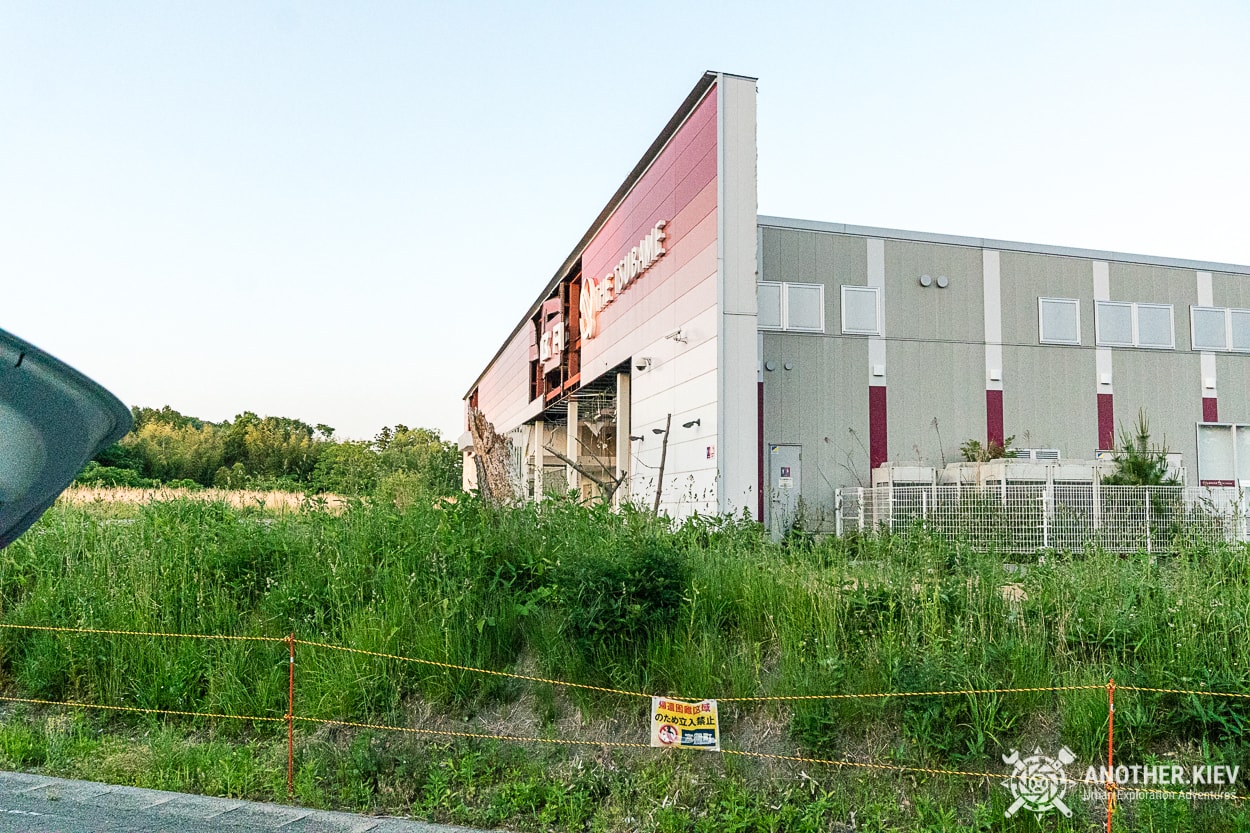 Gambling machines are an intermediate form between a cash game machine and a vertical pinball. Since the casino is not allowed in Japan and the sweepstakes are allowed only on horse, bicycle and boat races, the pachinko game is very popular. 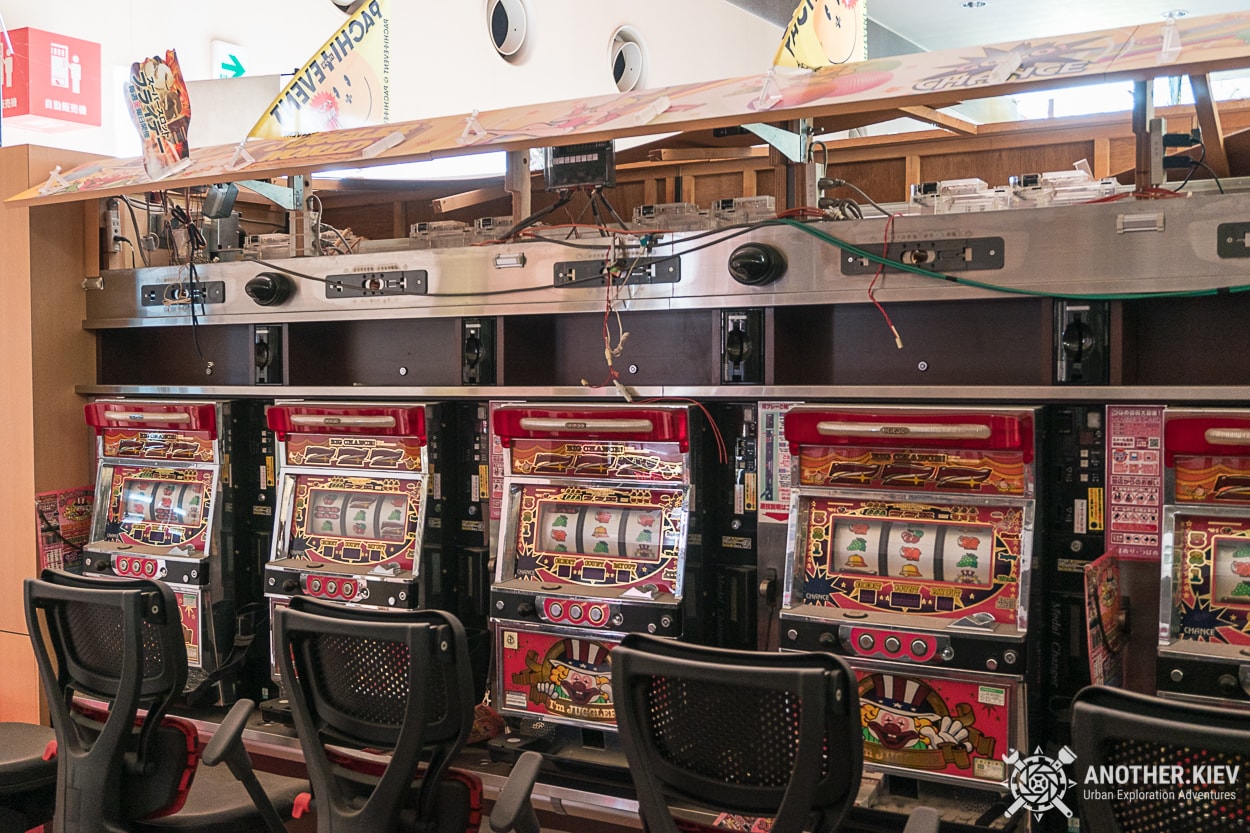 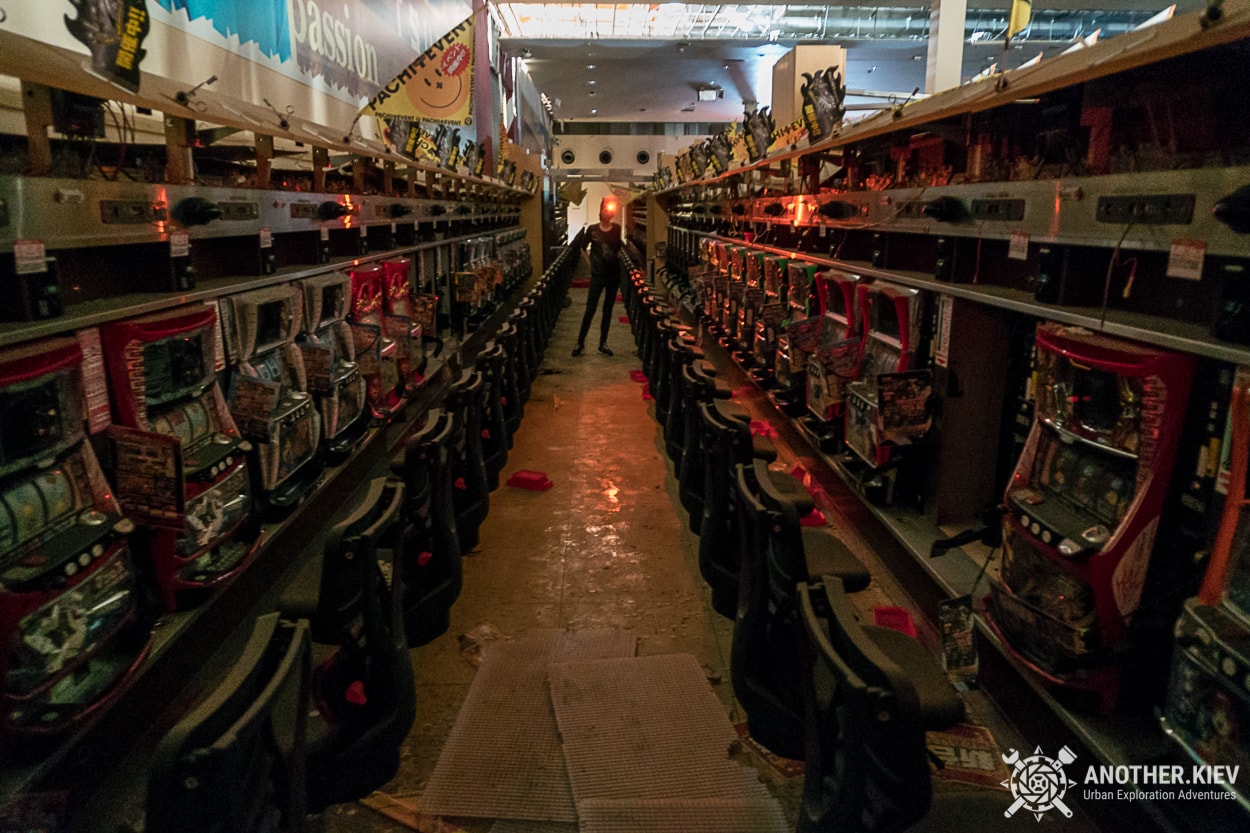 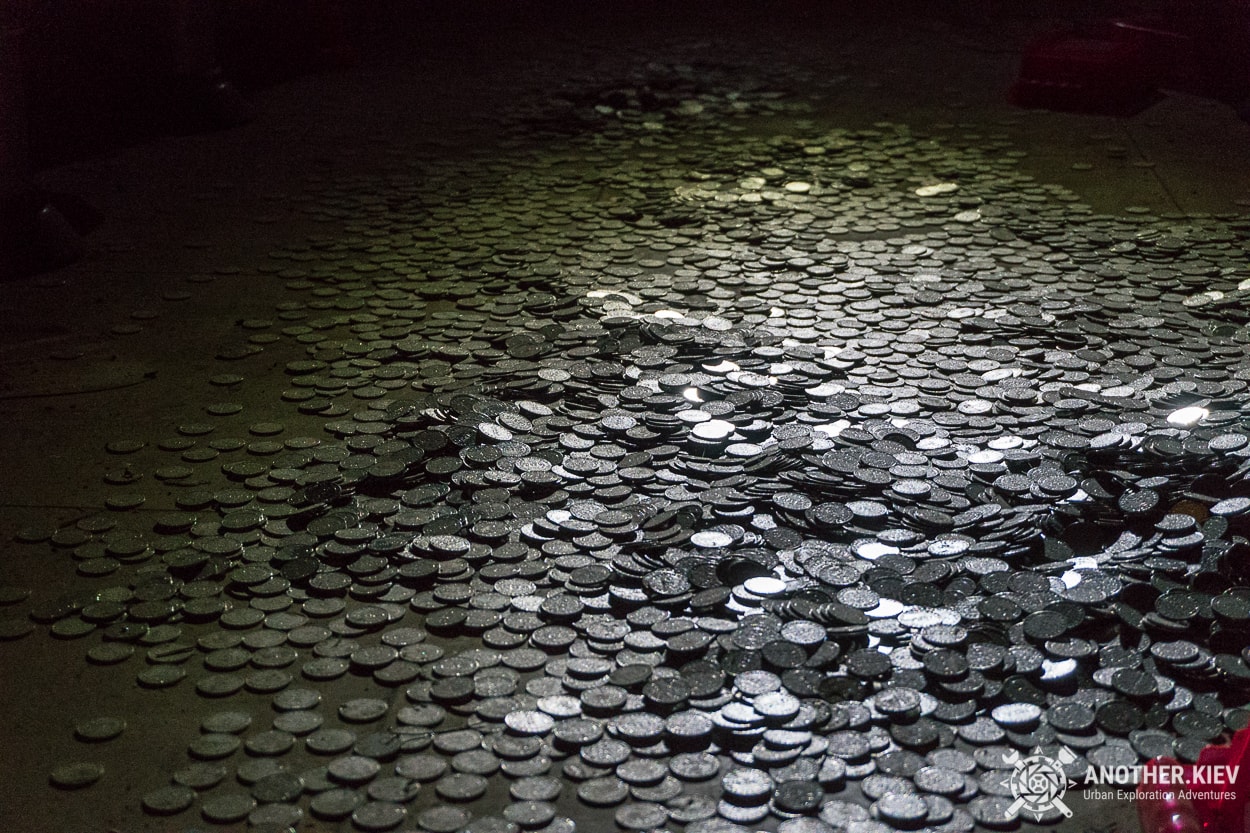 The player buys a certain amount (usually hundreds or even thousands) of small metal balls, puts on the top of machine and then can adjust the speed of the balls’ shooting onto the playing field designed for this purpose. The stream of balls is poured down through the labyrinth of pins, channels and flaps and falls into a certain hole. On these balls scattered on the floor, you can cool to ride). 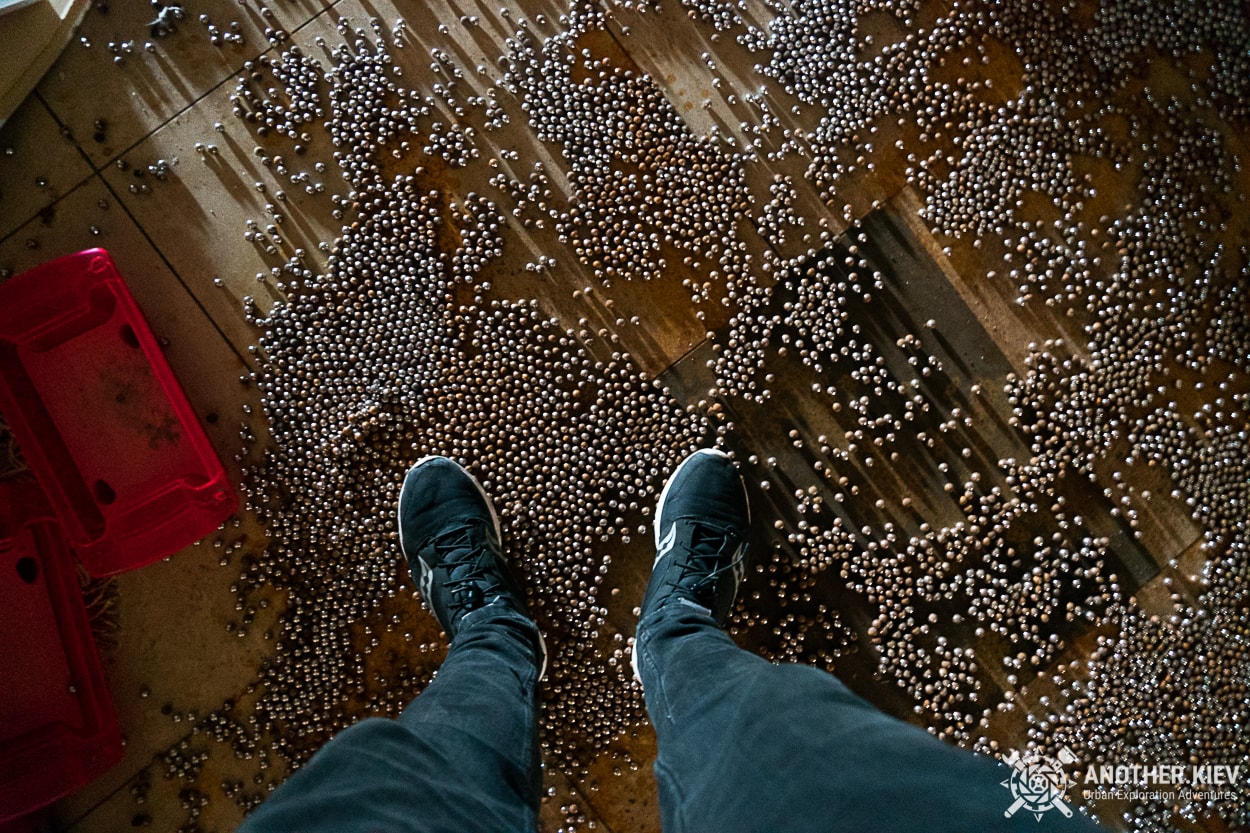 Like three years ago in Pripyat, in Fukushima, we met a wild fox and called her Semyonovna. As the Pripyat fox Semyon, this fox begged food and we eagerly fed her. 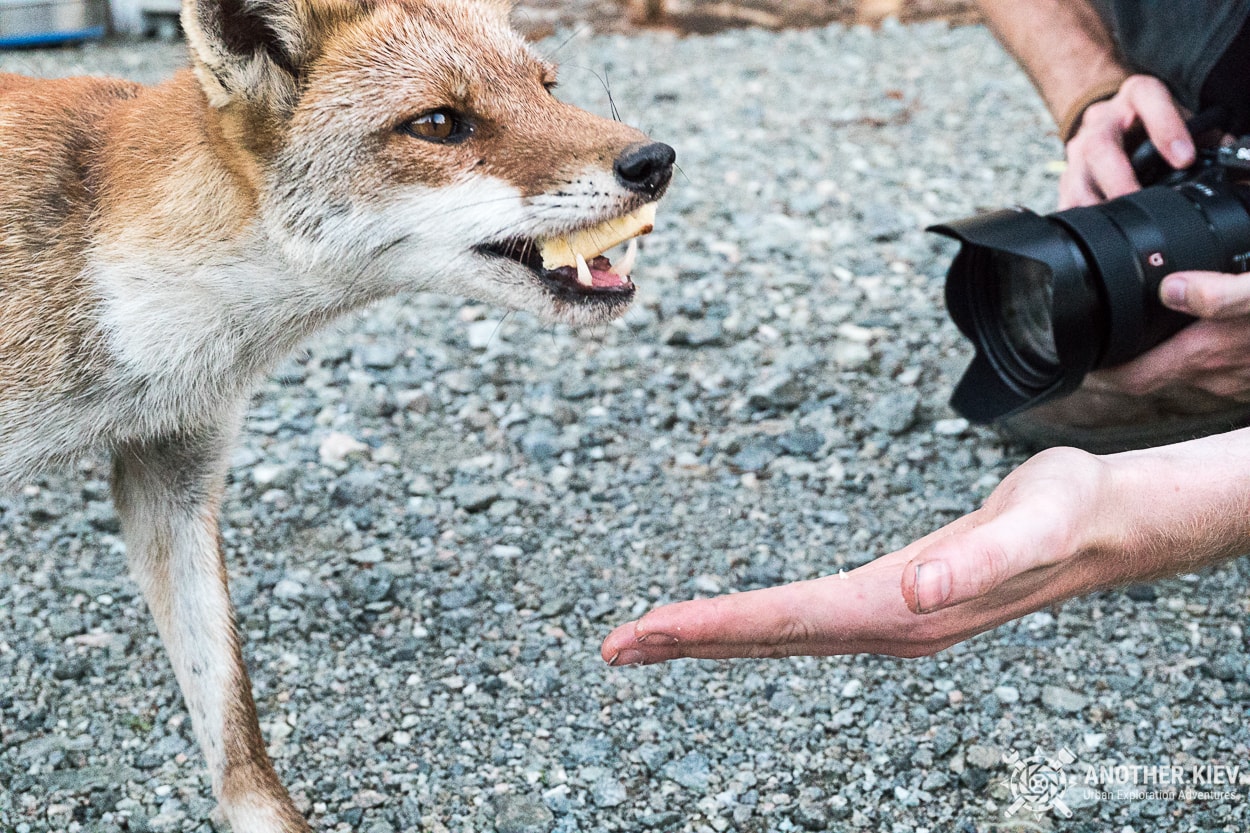 If you guys after urban exploration we can help you to organize tour to Fukushima exclusion zone, jst contact us via e-mail info @ another. kiev.ua. If you will looking for adventures we can manage for you to 4-days stalker trip to Chernobyl Exclusion Zone os show you hidden part of Kyiv in our Kiev Urbex Tour.